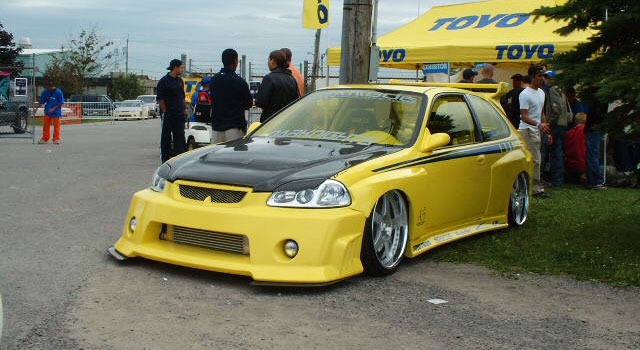 This may look like just another Civic from back in the day but it’s not. It’s quite possibly the first Honda Civic in North America to receive a widebody kit. The kit was made by a company called Feel’s and it was above and beyond anything on the market at the time.

Gracing the cover now-defunct Import Tuner Magazine’s second-ever issue along with model Francine Dee, LJ’s Civic inspired so many of the Fast & Furious generation to start modifying their Hondas. I remember myself thinking that it was the coolest Civic I had ever seen. Getting a chance to see it at Darknights 2001 was a real treat.

Where is it now? It’s actually on display at the Peterson Automotive Museum in Los Angeles!

It’s incredible to think that it’s been almost fifteen years since the Civic rose to stardom. Many of you will probably just dismiss it as just another rice bucket but to the older crowd, the Civic has a sentimental value. If you are ever in Los Angeles and the time to check it out, do it. It’s an amazing piece of automotive history. 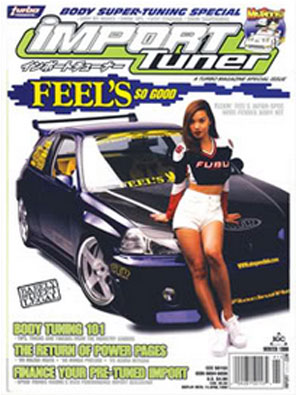