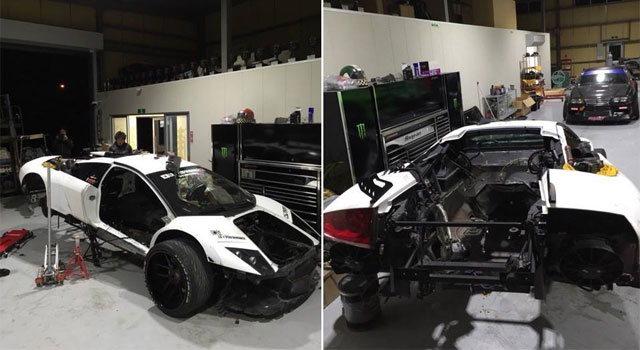 We saw Saito in the Achilies Radial Lexus SC in Montreal last year when he competed in the Formula Drift Canada event at Autodrome St-Eustache.

We are decided to drive Lamborgini at D1 drift in Japan. Our driver is Daigo Saito. Kato will challenge the world's first midship engine. All the news has been depressing lately. I want to bring more energy with my LB★Works custom car!!

SpeedHunters did a feature on his GT-R here: http://www.speedhunters.com/2015/01/daigo-saito-formula-drift-r35-gtr/