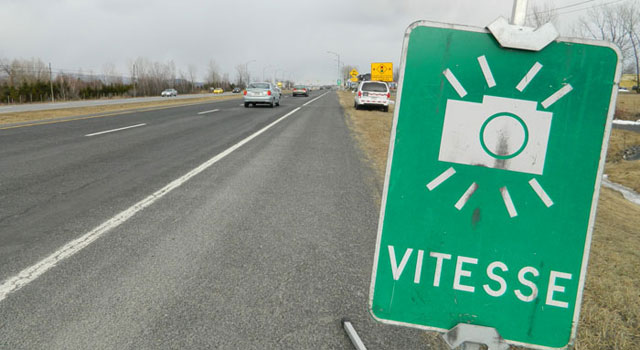 La Presse is reporting that the Quebec government intends to install many new photo radars in the greater Montreal area starting next fall. The locations will include Laval and the Laurentians for the first time. The exact locations of the new radars have yet to be revealed.

Quebec transport Minister Robert Poeti made the announcement on Tuesday while also revealing that Quebec’s road safety record has improved in 2014 for an eighth consecutive year.

The company which provides the devices is called CGI and has received an order for 37 new units at a cost of $30 million over ten years including maintenance. CGI provide the first 15 units already in service.

Poeti said that it’s very important not to think of these machines as rolling tax collectors”.

Other locations which will get more photo radar units are Québec, Chaudière-Appalaches and Gatineau.

Quebec Embarrasses Itself In Eyes Of World Travelers