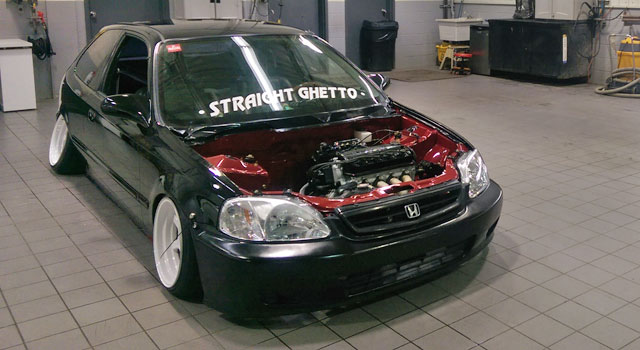 We’ll be looking at each candidate individually in the coming weeks in order to generate the most visibility possible for the competition of Car of the Year. What do you think of Alex’s car?

Why he was chosen: It’s difficult to build a unique Honda Civic in the year 2015 but Alex has accomplished this. With a static drop, full shaved engine bay, and a funny name (ghetto_EK) Alex made us smile every time we saw his car at a show.