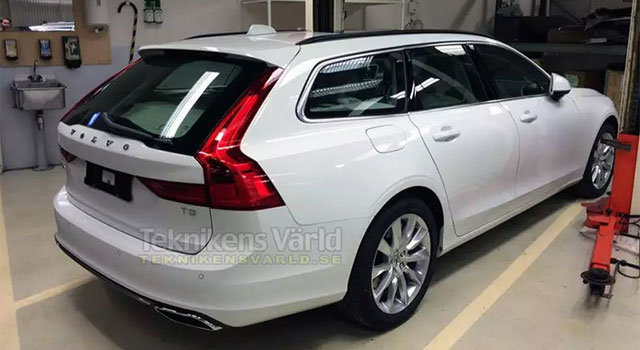 Spy shots have surfaced of the new Volvo V90 wagon. Volvo recently unveiled the new 5-Series fighter S90 sedan and is set to officially unveil this new vehicle at the Geneva Motor Show on March 3.

The website Carscoops reports that there is even a Polestar version in the works:

Beyond its design, the V90 will be an improvement on the V70 thanks to some improved and all-new engines. Some engines are likely to include the T8 Twin Engine hybrid with 407 hp, a 190 hp four-cylinder diesel and a three-cylinder powertrain. Confirmation has already been given that a high-performance Polestar version is in the works.