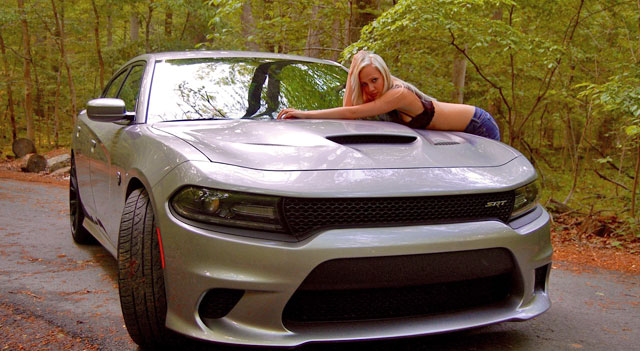 Ever since Dodge started selling their ridiculously-overpowered screaming fast muscle cars called Hellcats, my wife Katheirne has been bugging me for one. I think it clicked when I told her that the Charger Hellcat was the most powerful sedan in the entire world.

“I have to have one” she said.

The next thing I’ll be dealing with her bringing the kids to the track and non-shalantingly pulling 10s (or better) like this Maryland woman with her lightly-modified Hellcat.

What kind of performance enthusiast doesn’t like the idea of a 707-horsepower supercharged HEMI V8 motor powering a four-door sedan capable of doing 10 seconds on the 1/4 mile with a few tiny mods!! Even the most ardent Euro fans with their BMW M5s and their Audi RS7s likely give Dodge a thumbs up for the sheer guts to produce such a monster.

But is it really the best bank for the buck? Should I convince Katherine that the $79,340 + tax it would cost to obtain a Hellcat is better spent on something more reasonable? After doing the research I’m not so sure.

Dodge says there are only a few units available for sale around here. Checking the used market on Hebdo, I see there are currently 7 Hellcats for sale in the province of Quebec (4 new and 3 used). NONE of them are selling below the sticker price even though some have a few thousand kilometers on them.

That’s quite impressive in terms of holding their value.

I would say that’s it’s likely someone could purchase one in the spring, drive it all summer and then in late August or early September, sell it for nearly what they paid for it (minus the taxes of course). If the purchase is done through a dealer, Dodge offers 96-month financing at 4% for a payment of $462 bi-weekly ($1001/mth).

But again, $80K is a lot of coin. What could someone get for 80K? Well here is a list of a few other NEW vehicles that could be bought for the price of a Hellcat:

That’s a pretty impressive list but would any come with the prestige of being the “most powerful” in anything? Would any retain their resale value as well as I think the Hellcat would? Unlikely.  Whether the Hellcat represents the best value for your dollar depends on what you want to get out of your car. If you spend your weekends at Napierville running the quarter mile the hellcat is probably for you. If you spend them lapping at Autodrome St-Eustache or ICAR then one of the other vehicles might suit your needs better.

So what’s it going to be? After reviewing all the material available I have decided that the family WON’T be getting a Hellcat nor any of the other options because we don’t have that kind of money! It was fun to pretend though and I hope you enjoyed this exercise as much as I did writing it. And no, it’s not Katherine in the photo. Credit: roadfly.com

Dodge Charger Hellcat: Even Faster Than The Challenger

Chevy Has Unveiled The 2016 Camaro

2016 Honda Civic May Get Type R Engine or More!