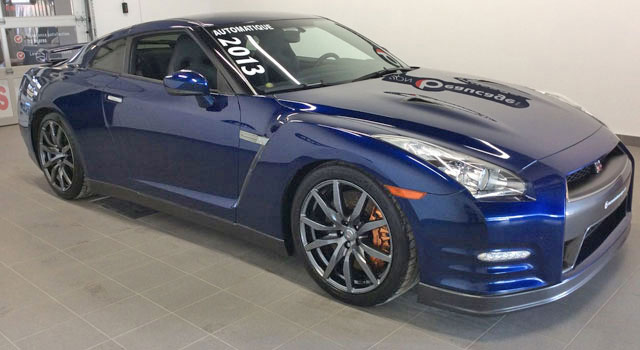 An American man tried to buy a Nissan GT-R from a dealership in Sherbrooke, Qc, but it seems there is a disagreement over the exchange rate. Here is the story in the words of member Kileak:

The guy is saying that he had an agreement with the dealer on the purchase price and gave a deposit of $2000. He’s now transferred the balance but now the dealer is asking for more money because the exchange rate changed between the time he sent the cheque and the time they cashed it.

A little search turned up this ad which is likely the car.

What can he do other than send more money if he really wants the car?

It stinks of total incompetence on the part of the salesman who checked google for the exchange rate and then realized after having deposited the cheque that banks like to take a cut when exchanging real money for our plastic recycled Canadian paper they call money. He’ll probably wind up losing his job because now the car is selling for a few thousand less than what was agreed upon.