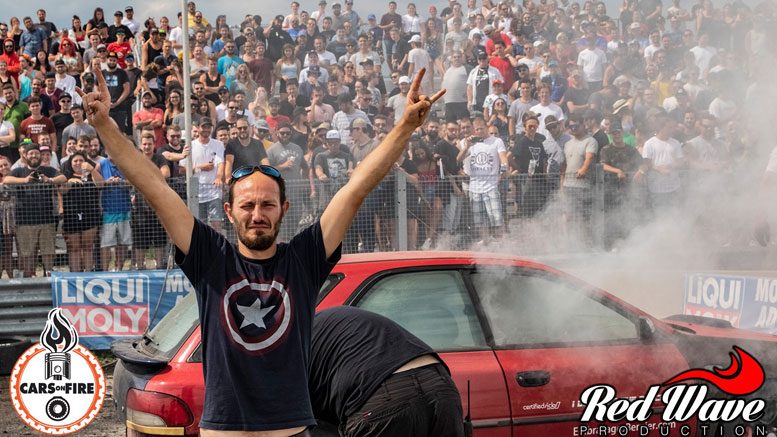 The fourth edition of the popular Cars On Fire show took place at Circuit ICAR over the weekend and what an event it was! Cars, vendors and spectators filled the venue under mostly sunny skies and created an event to remember.

Being the first time Cars On Fire was held at Circuit ICAR meant there would undoubtedly be a few logistical challenges but after the morning rush, things smoothed out and the crowd was able to take part in and enjoy the various activities such as drag racing (at no extra cost), limbo, a burnout competition and lapping.

Car clubs from all over Quebec and Ontario came to battle for title of Best Team – both in terms of quality and the number of participants. In the end, Brothers District won the award for biggest participation and Petro Descendants won for Best Team quality meaning they won the most trophies. The Best Of Show went to Jonathan Beaudry from Adrénaline Junkies.

The reaction on social media after the show was very positive with many attendees offering thanks for a spectacular event. We look forward to next year!

In the mean time here are a few teaser images from the official photographer. Cars On Fire says the full galleries will be posted soon.