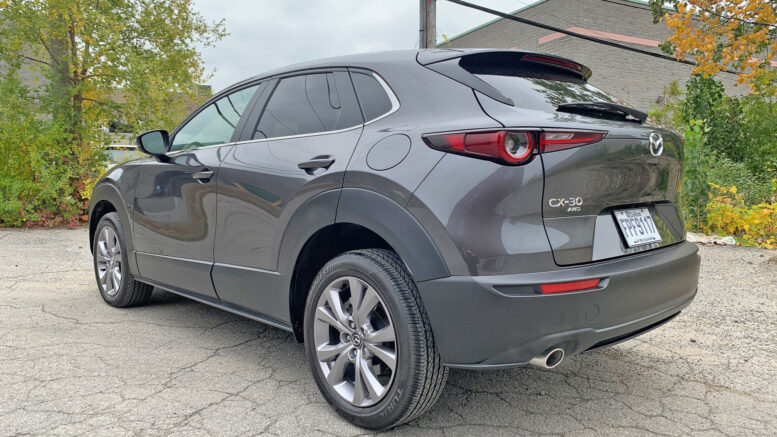 As is more and more often the case with today’s manufacturers, crossovers and small SUVs are becoming the mainstays of their lineups. Many are abandoning sedans altogether in favor of what sells, leaving our four-door friends out to dry.

Mazda already had a full lineup of crossovers so how could they be introducing a new one, you might ask? Well, it seems that the CX-3 (Mazda’s smallest crossover) was just a tad on the small side to compete with the likes of the Honda HR-V or Toyota C-HR so they needed something to slot between the CX-3 and the larger CX-5.

Now one would probably think that CX-4 would be a pretty darn good name and one wouldn’t be wrong. Unfortunately, for us North Americans there already exists a CX-4 that is built and sold exclusively in China. Mazda didn’t want to conflate the two and so the name CX-30 was born. I don’t know why they couldn’t just call the North American CX-4 something else internally and spare us the confusion of the CX-30 name but that’s just one journalists’ opinion. 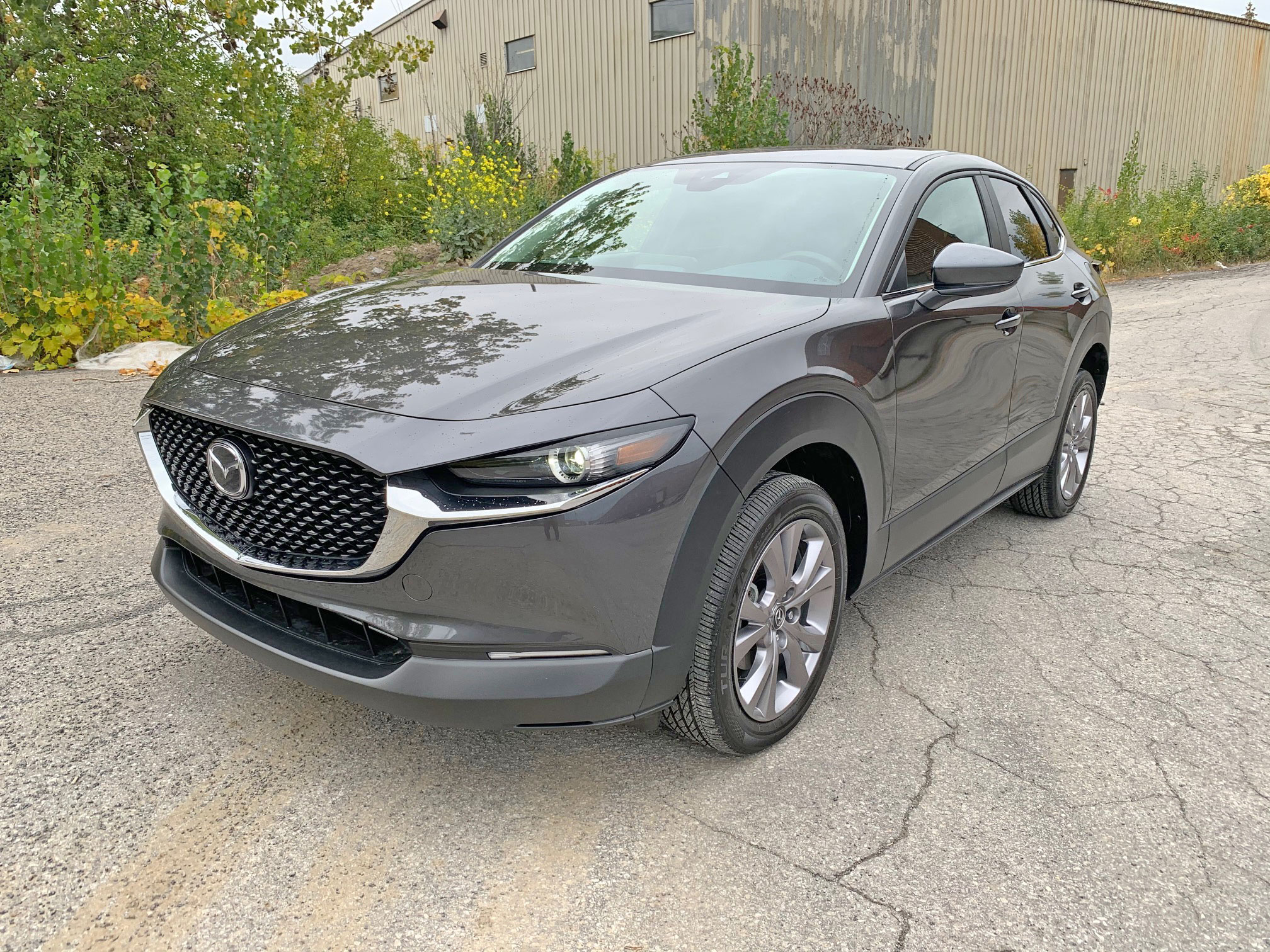 Nomenclature aside, let’s unpack what the CX-30 has to offer. With slightly larger dimensions than the CX-3, the CX-30 has a bit more room inside and to haul cargo around. It has a raised seating position but still retains all the sporty characteristics that make the Mazda3 such an amazing and fun vehicle to drive.

The look might be difficult to tell apart from either the CX-3 or the CX-5 but the trained eye will note the subtle differences in size and shape between the three. Mazda’s vehicles are quite elegant if I do say so myself and follow a design language called “Kodo,” which is a Japanese word meaning soul of motion.

Moving on to the interior we find a remarkably smooth and minimalist surface which I absolutely love. It’s nowhere near as baron as something like a Tesla Model 3 but it creates a very contemporary yet functional setting that is extremely pleasing to the eye. I want to keep talking about how amazing the interior is but there is only so much I can say without being repetitive. Just take a look at the photos and see for yourself. Furthermore, the quality of the materials is sky-high and something you’d expect from a luxury brand.

Maybe the best part about any new Mazda these days is the Commander interface. By that I mean the little knob located on the lower center console that is used to manipulate the infotainment system. Located right next to that knob is another knob for volume control. Rather than make the driver reach over to the dashboard, Mazda has brilliantly put the volume knob in a place where you don’t have to lean or even look down in order to operate it. It means less distraction and more concentration on the road. It’s also the natural position for the hand and arm to be in so they barely have to move. 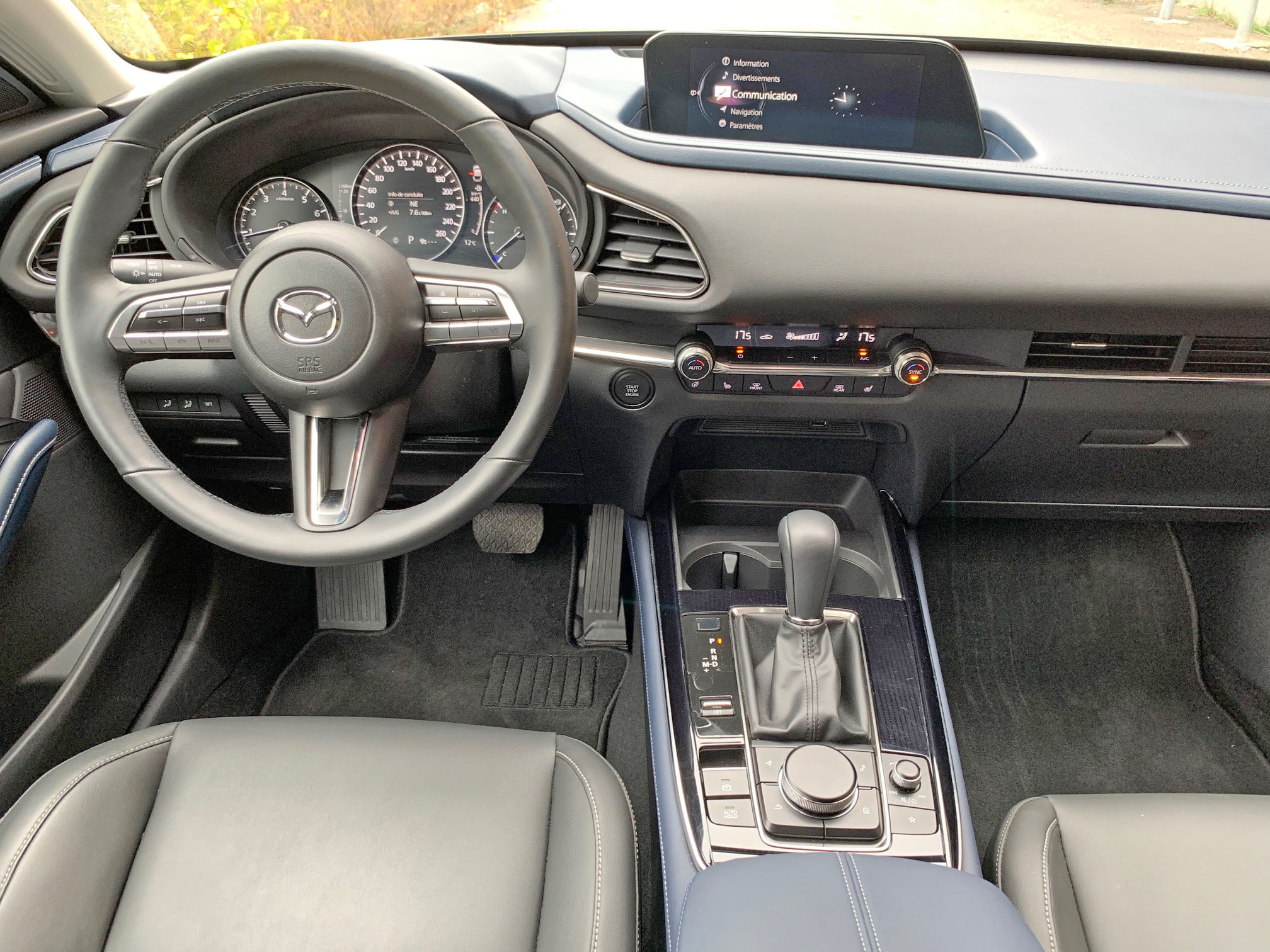 The latest generation of Mazda’s infotainment system works exceedingly well. The brand was late to the game in offering Apple CarPlay and Android Auto but they wanted to get it right. That means that the interface will do little things like revert back to the maps app your phone was using (rather than the car’s navigation system) if you happened to leave the maps to select a new song.  The rest of the menus are easy enough to use and fairly intuitive.

Under the hood we basically have the same engine options as the Mazda3.  A 2.0-litre four-cylinder engine making 155 horsepower or the larger 2.5-litre four-cylinder engine making 186 horsepower. Both are mated to a six-speed automatic transmission regardless of trim. I liked the peppiness of the 2.5 that came with my test vehicle. Furthermore, the car’s handling characteristics were awesome. Mazda has a technology called G-Vectoring control which uses engine torque to subtlety shift the vehicle’s weight in a turn, thereby proving superior handling and traction. All-wheel drive is a $2000 option on GS and GX trims and with our Canadian winters how can you not get it?

The Mazda CX-30 starts at $24,550 for the entry-level GX with front-wheel drive to $33,850 for the fully-equipped GT with all-wheel drive. If you are in the market for a small crossover, this vehicle is a must-try. 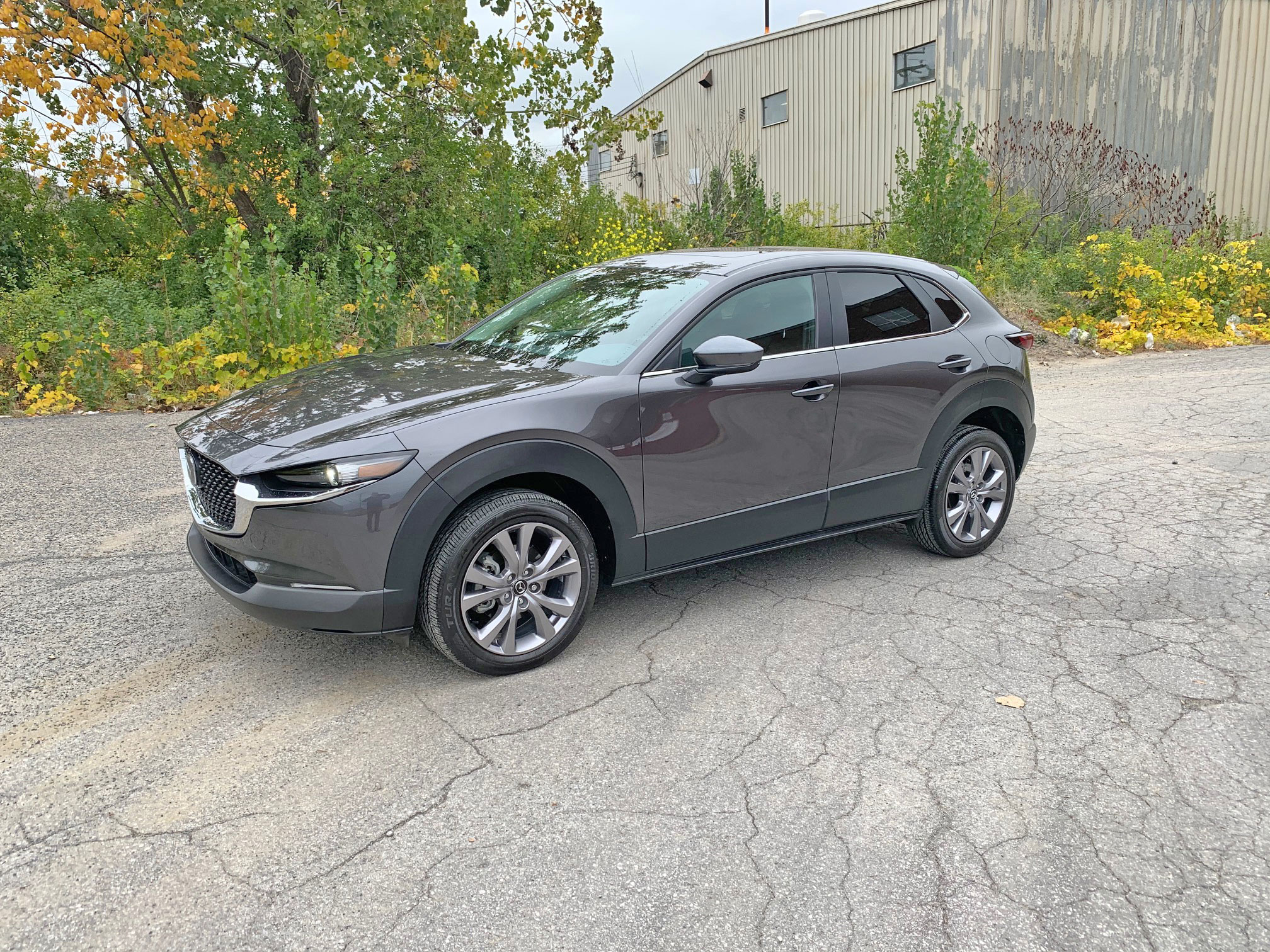 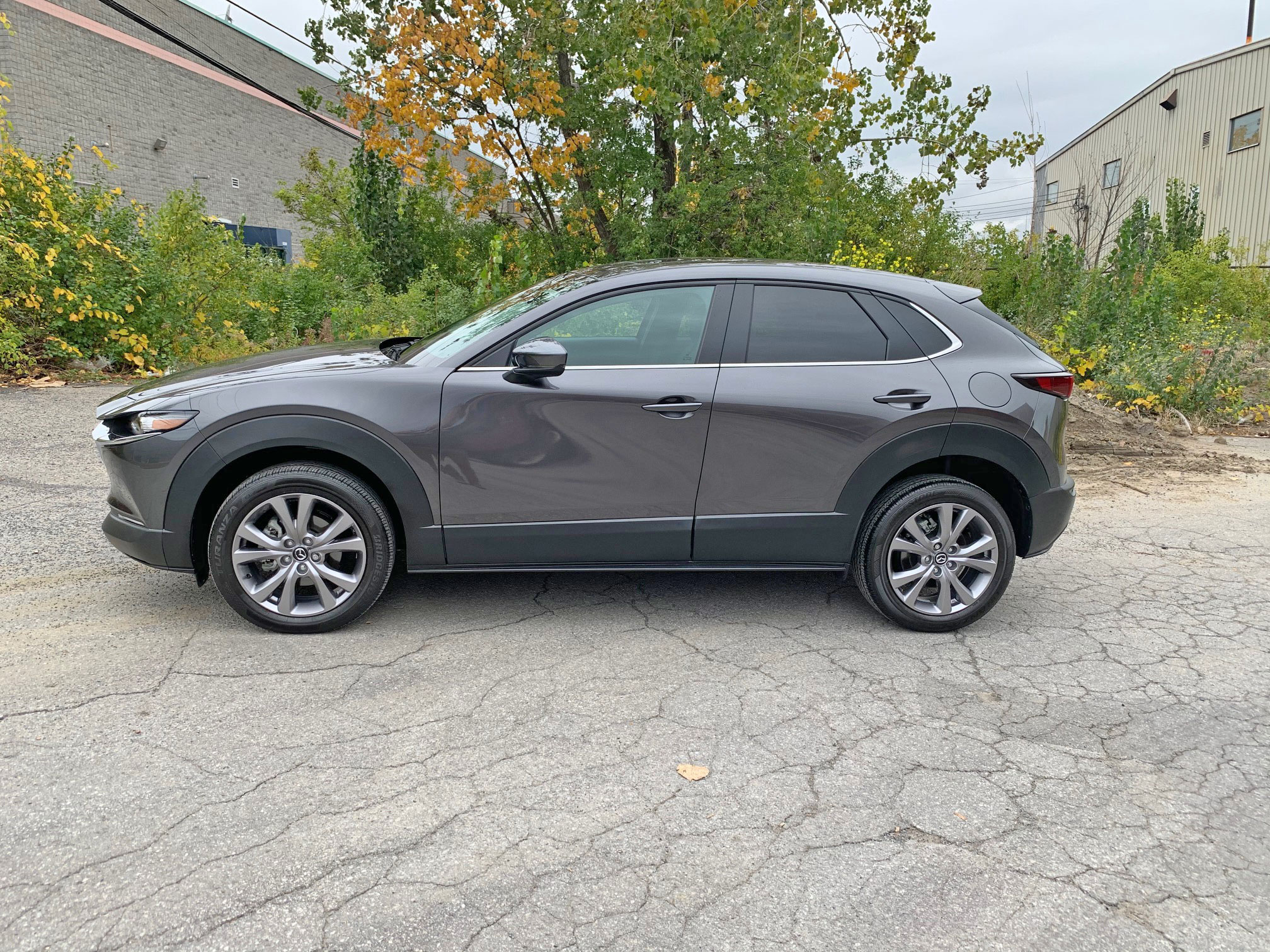 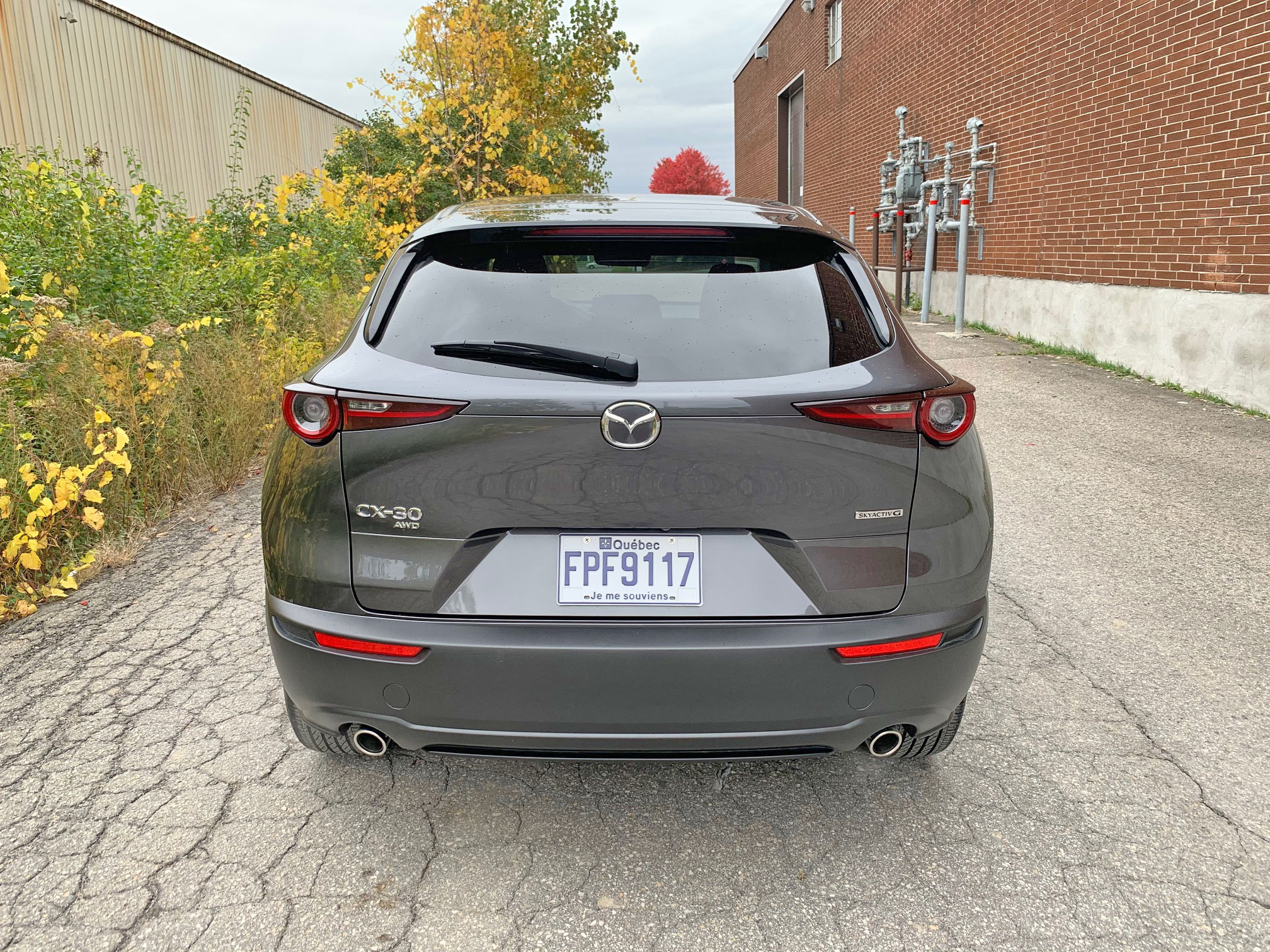 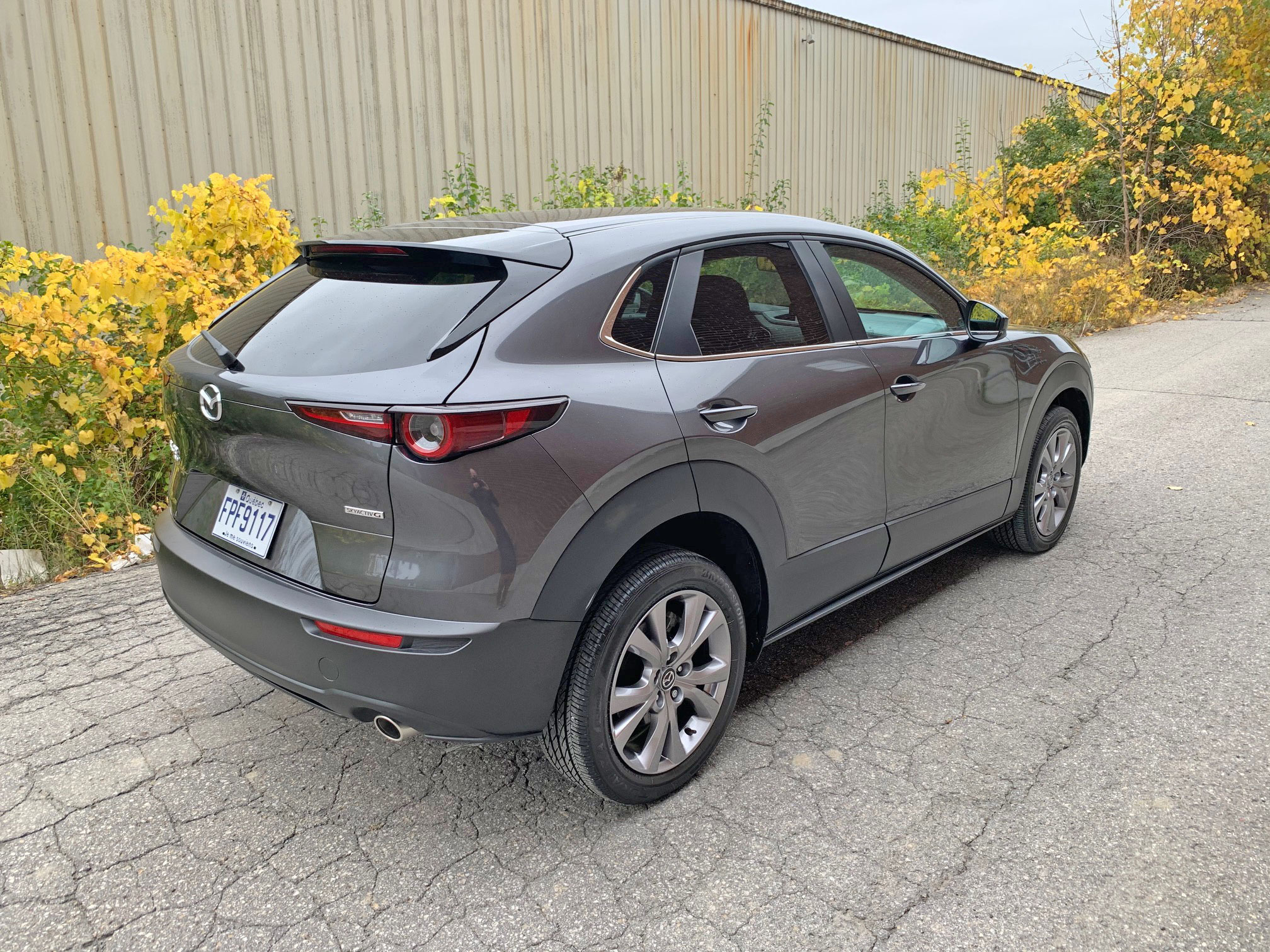 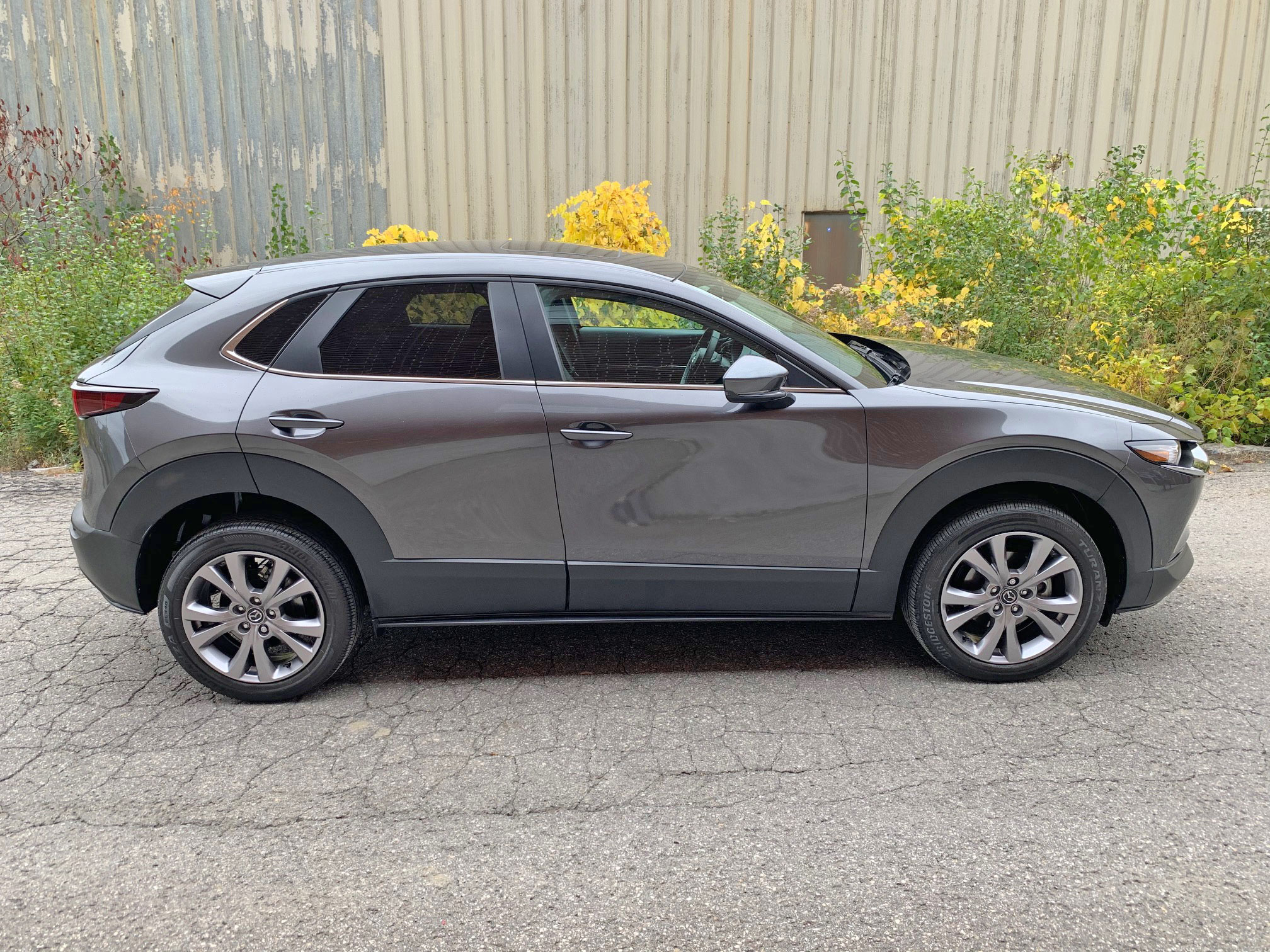 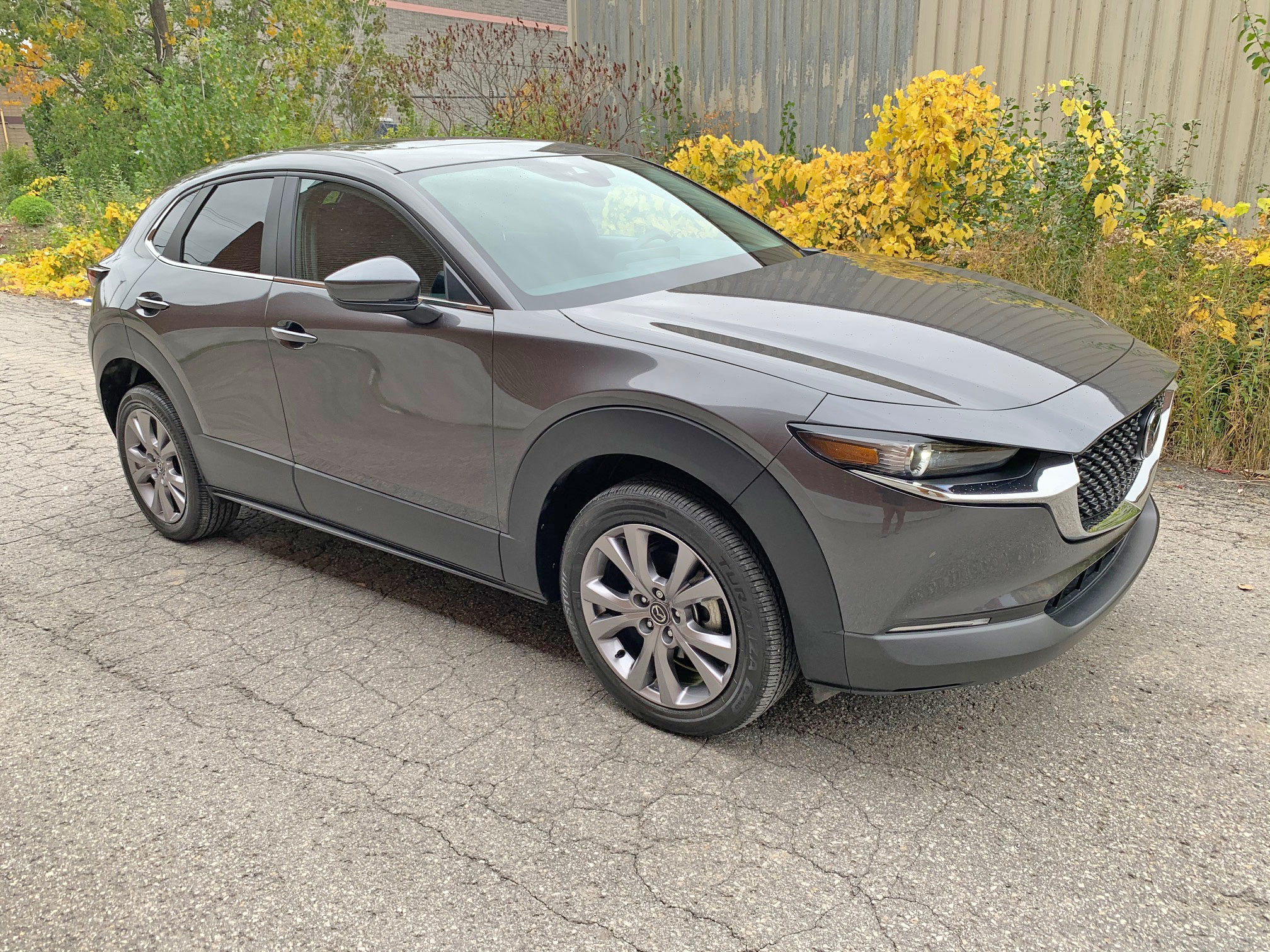 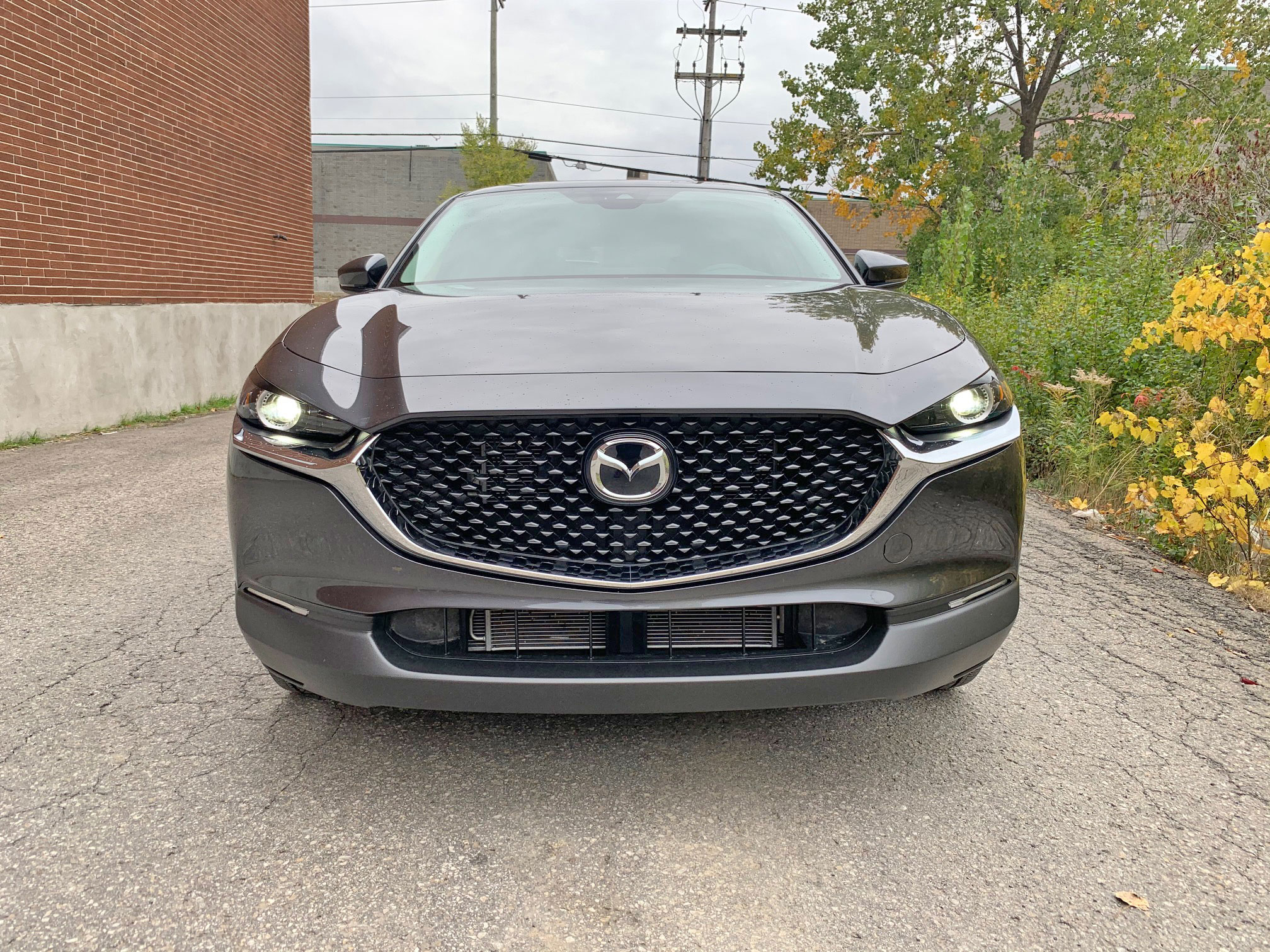 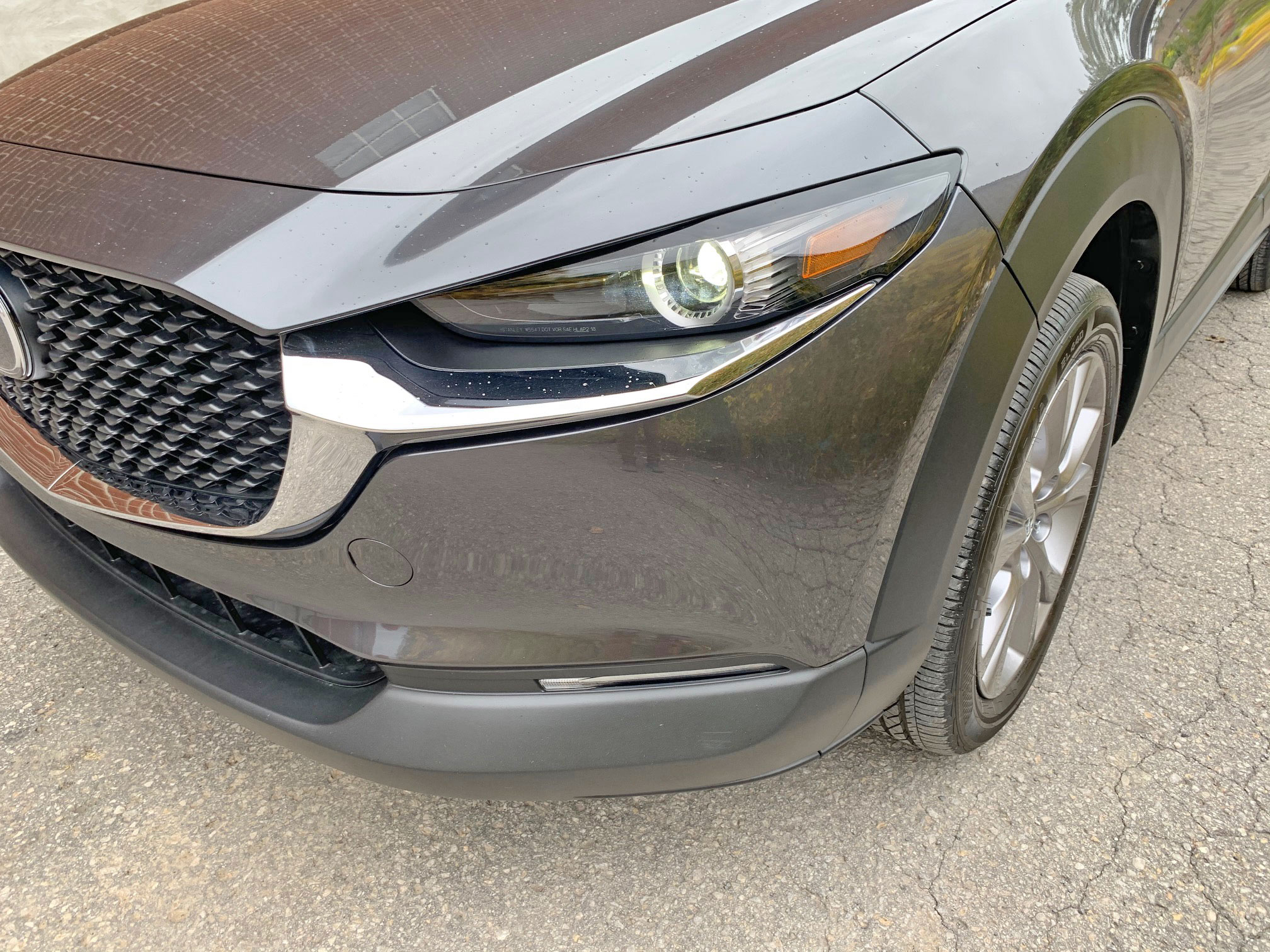 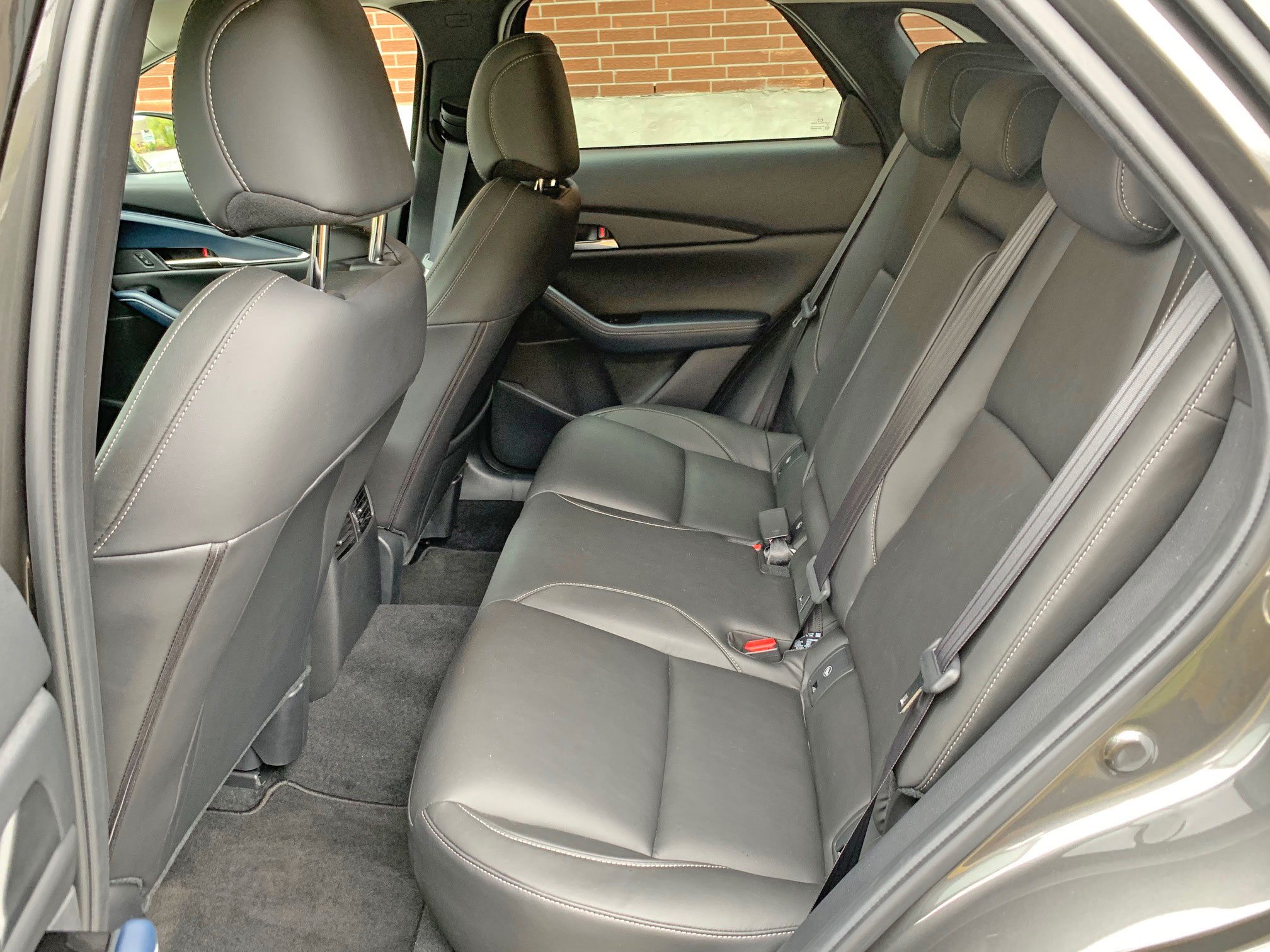 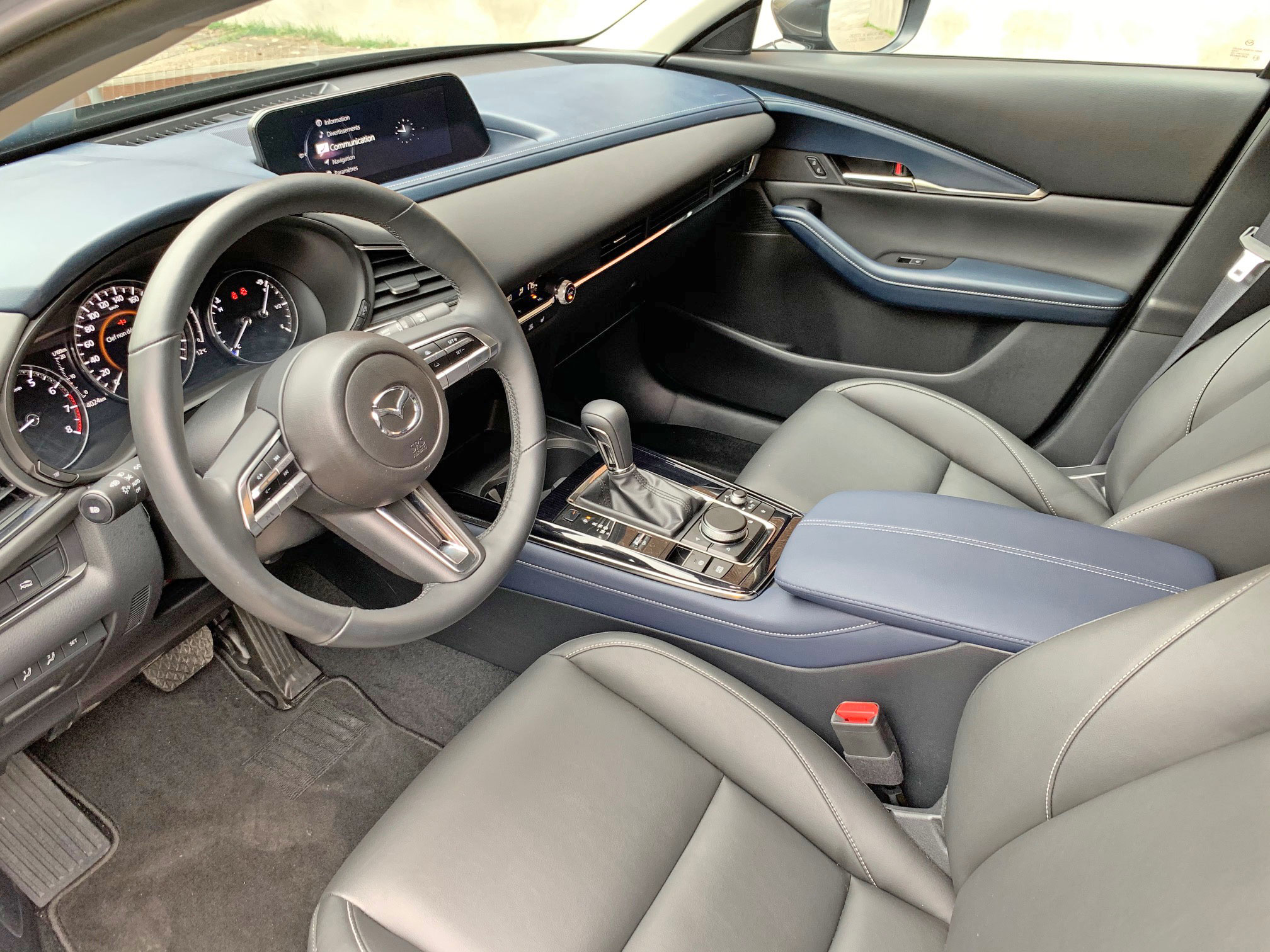 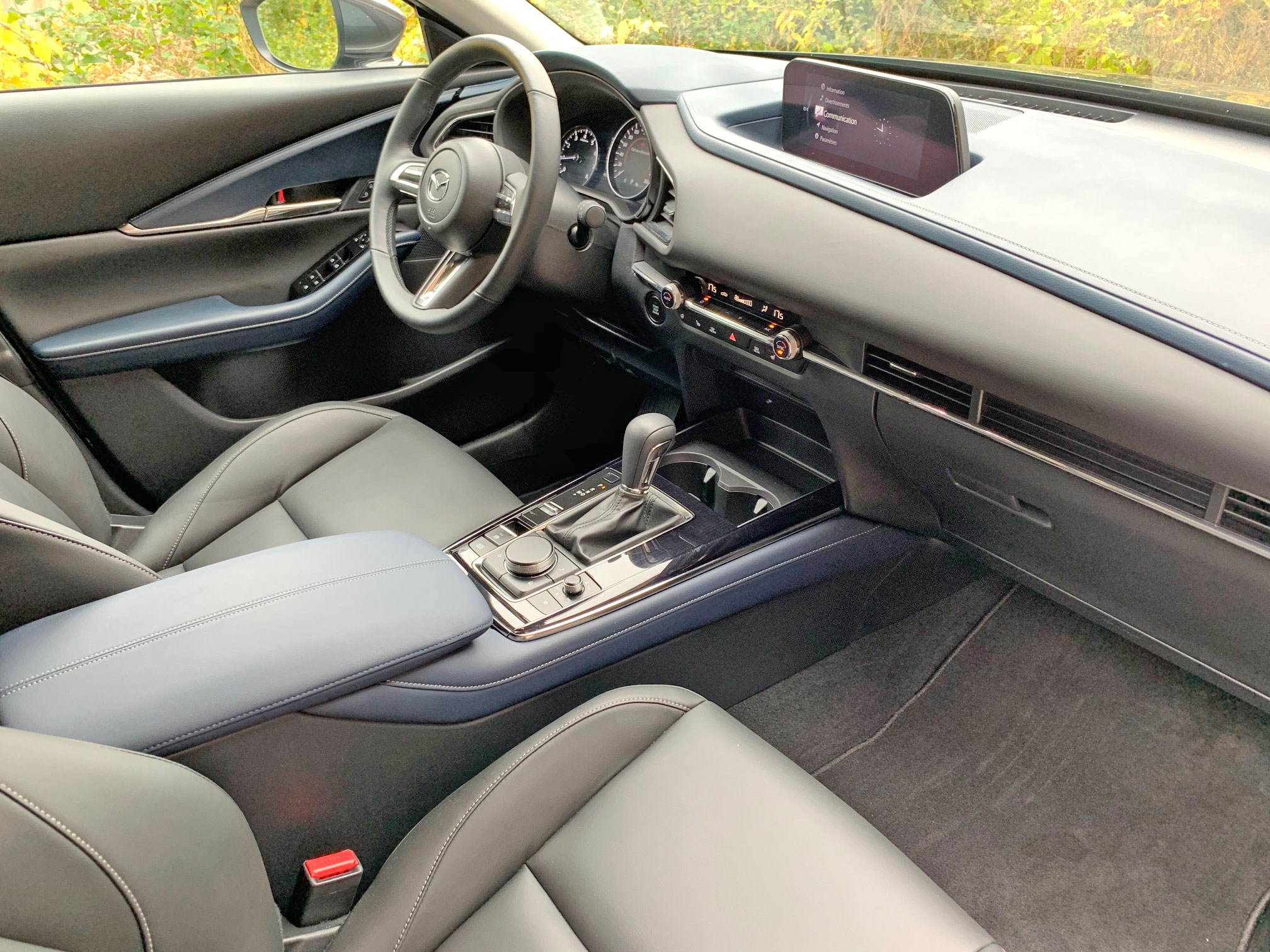 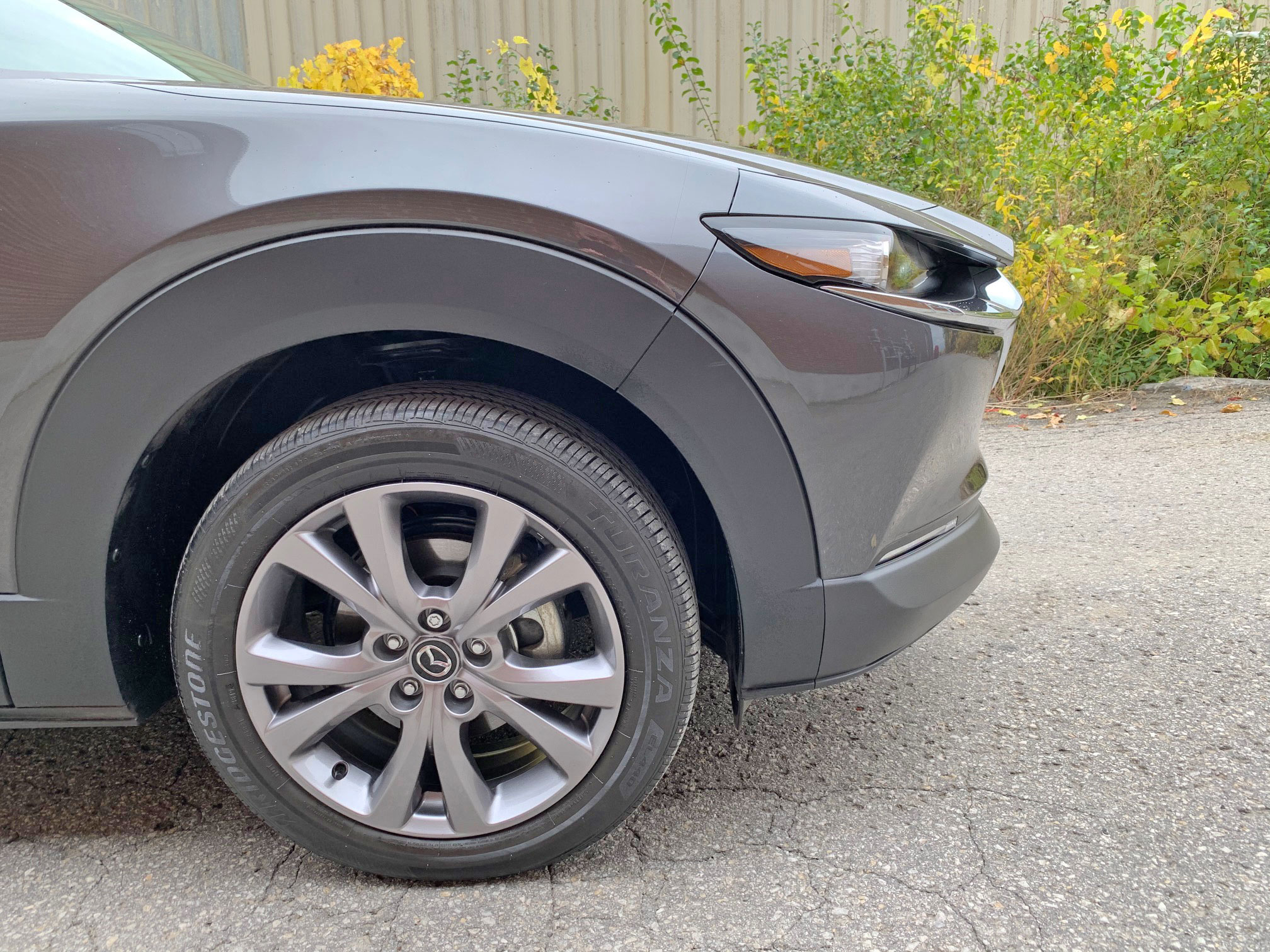 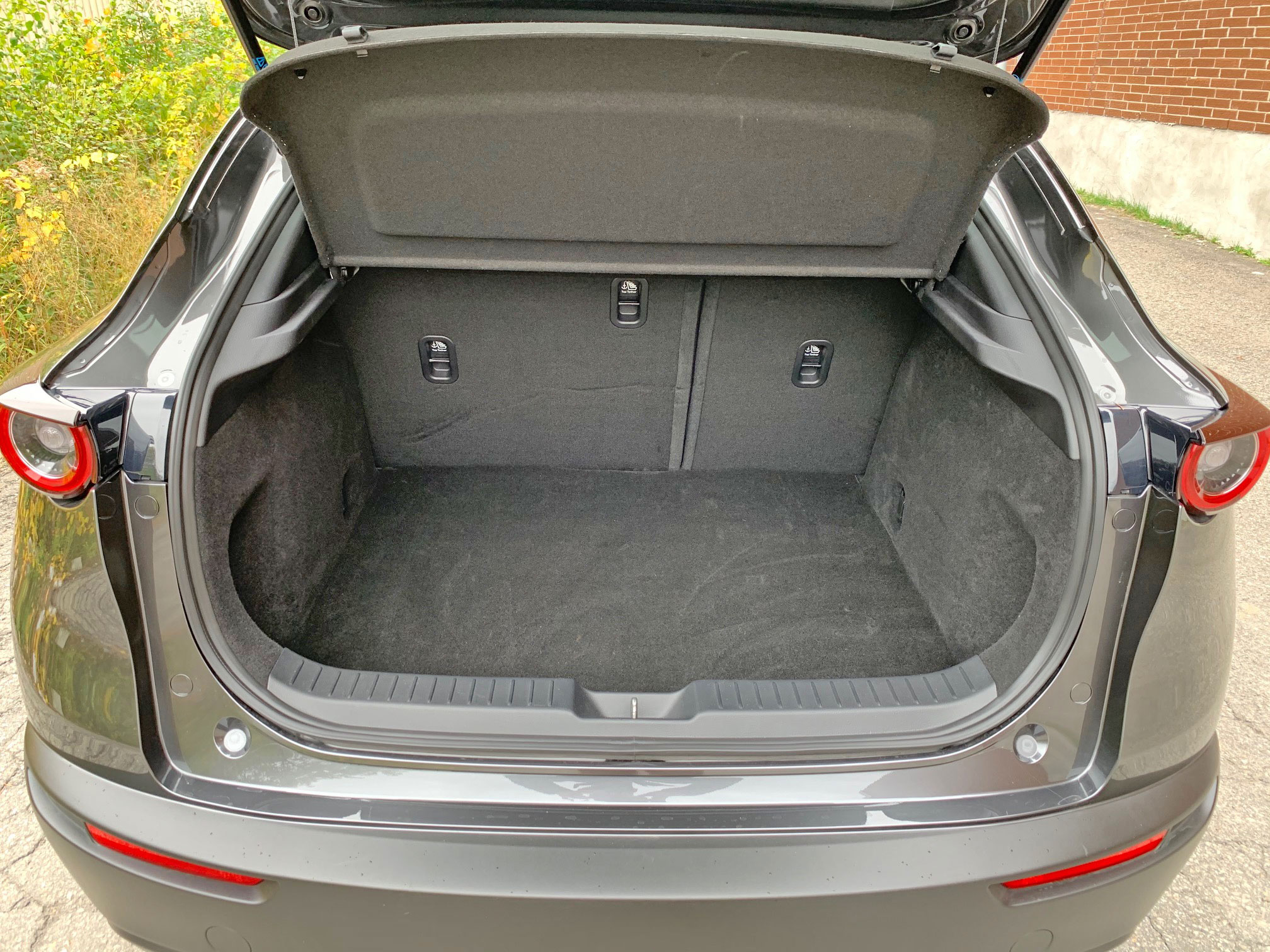 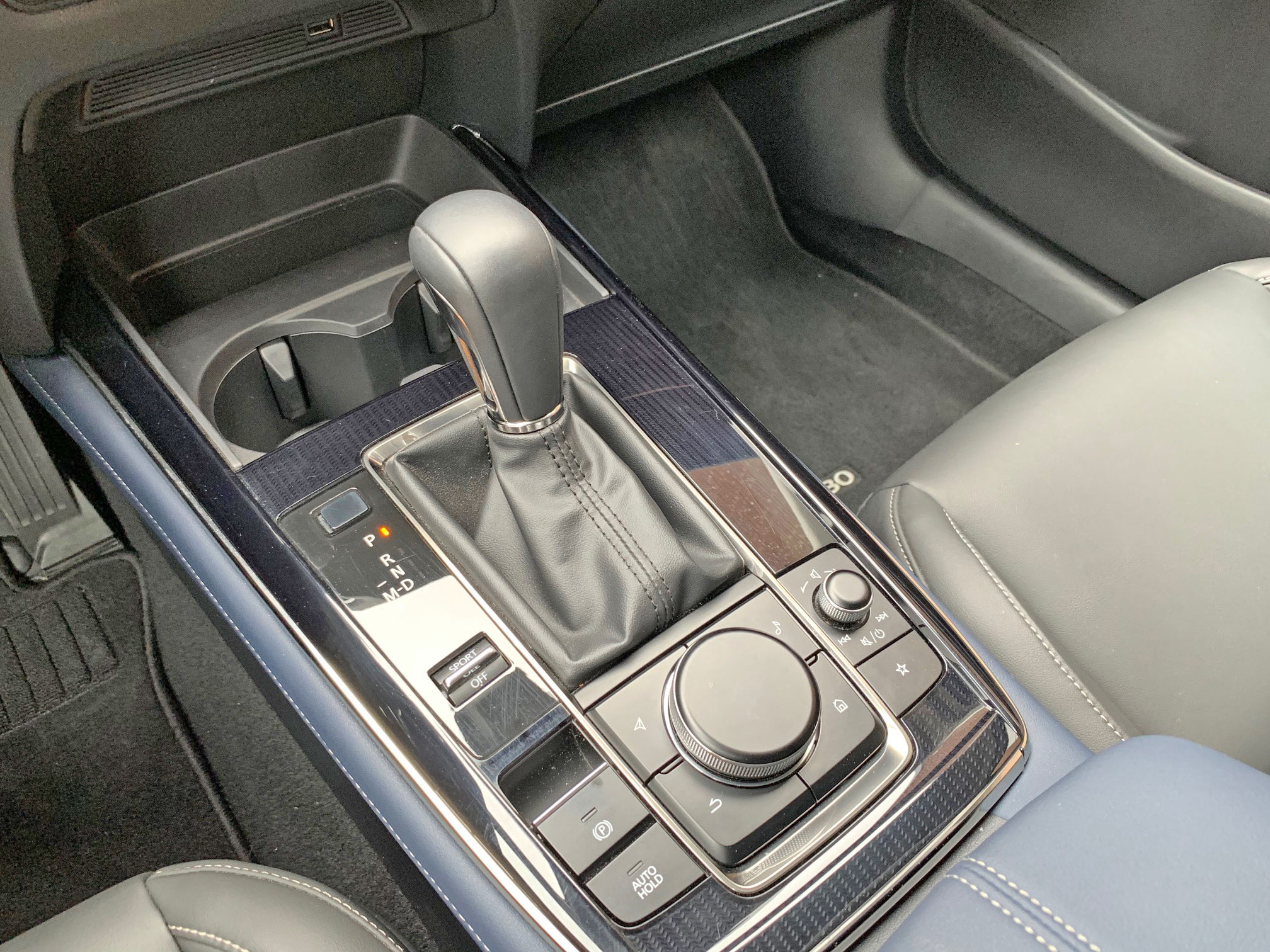 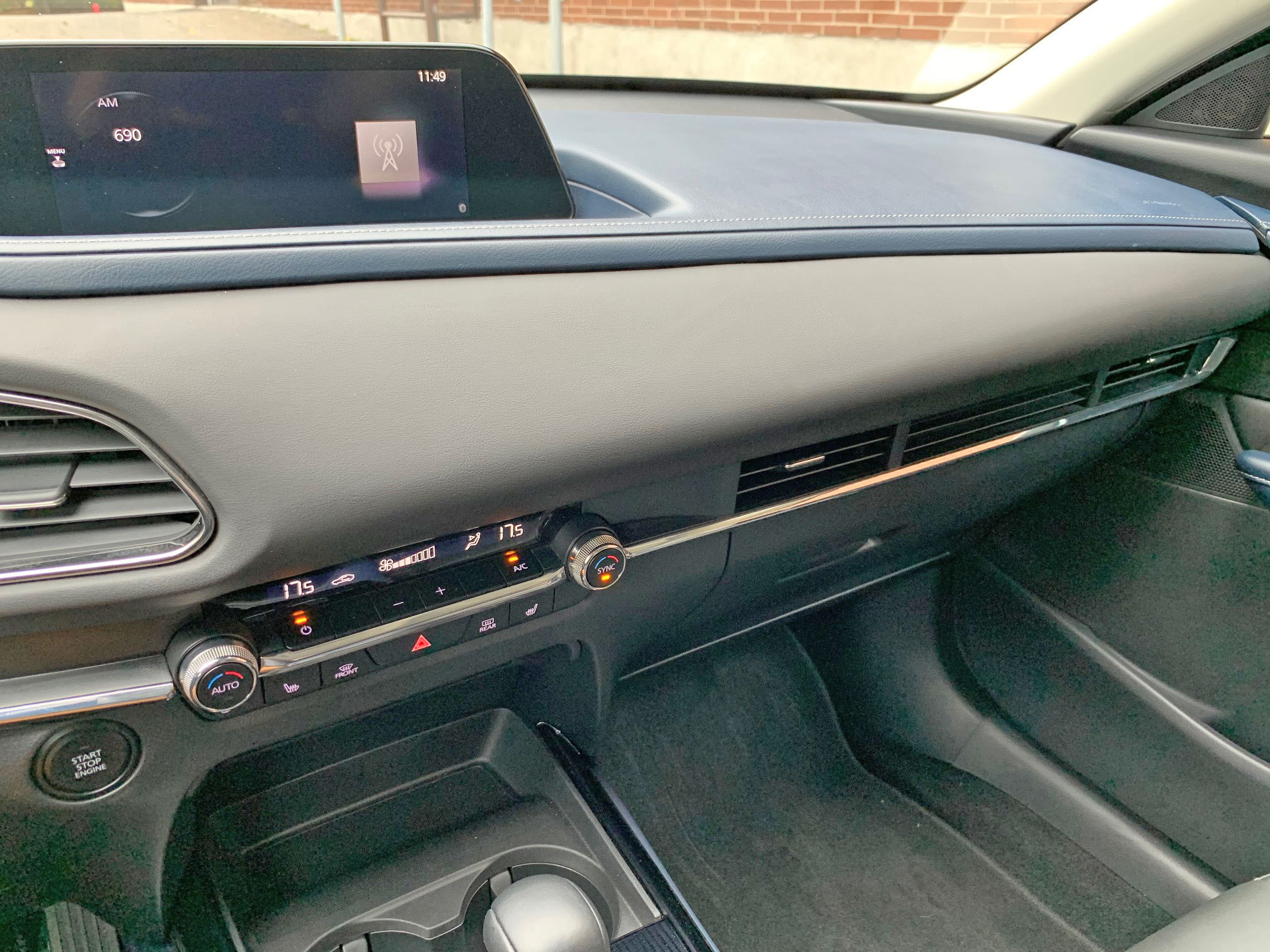 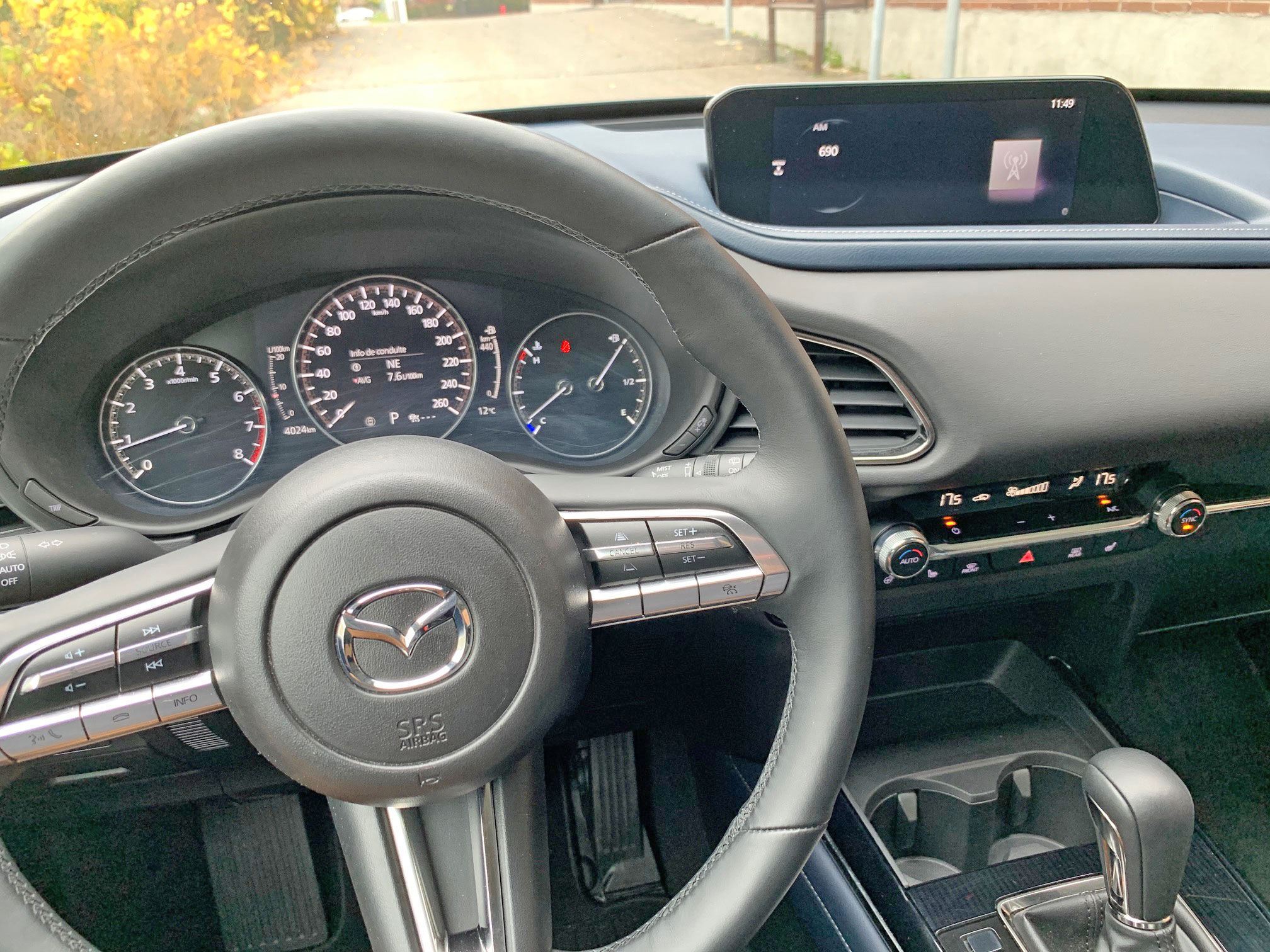