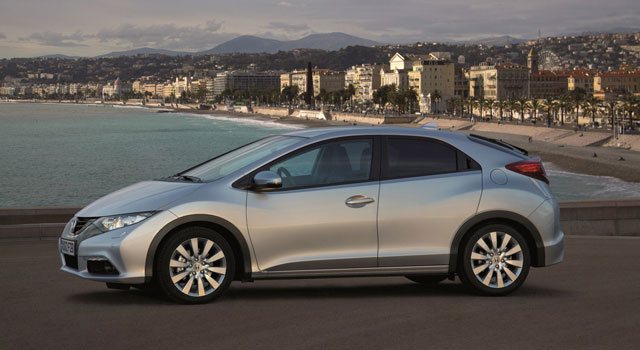 Hatchback lovers rejoice! Honda is planning to bring back a five-door Civic hatchback to North America starting in the summer 2016.

The car will be built at the Japanese company’s Swindon, UK plant and shipped across the pond. The move comes amid Honda’s restructuring of its European operations which will see a number of personnel moved back to Japan.

There is no indication that the new Euro Civic Type R will be coming here, however. Both it and the version they do plan to bring over are based on the current Civic model which was introduced in 2011 so it’s nearing end of cycle.

The Truth About Cars thinks this is just Honda looking to take advantage of unused production capacity at the plant.

The Civic hatch will compete with the Volkswagen Golf, Mazda3, Ford Focus, Hyundai Elantra and other compact cars.

Is it a good idea to finance a car over 7 years?

Silhouette of the next Honda Ridgeline