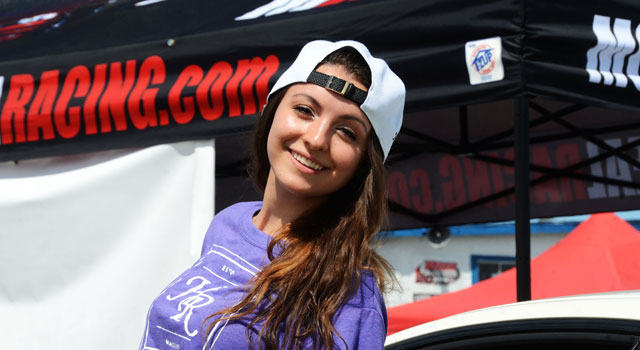 Last year, photos we posted of Victoria made her into an instant star among the predominantly male MontrealRacing readership. Photographed next to a Chevy Camaro, the Facebook post received more likes than any other post in our history and still holds the record with 531!

We decided to do a mini-photoshoot with the 20 year-old model during Car Fever to see if we could break the 531 like record and prove that she’s a super star in the making!

So what do you say? Does she deserve to break our all-time like record again?

Note: YES she reads MR and YES she will see your post so keep it clean 😉