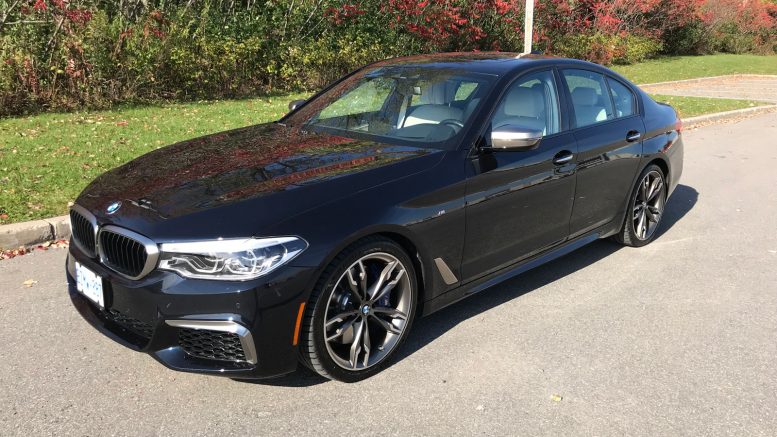 BMW is capitalizing the popularity of its M line of vehicles by offering cars with M badged that aren’t really M cars. The 2018 M550i is a prime example of an offering that is halfway between the 540i and the recently released M5 powerhouse.

With a 4.4-litre twin-turbo V8 powering the luxury sedan to the tune of 456 horsepower and 480 lb-ft of torque in an all-wheel drive configuration it’s safe to say you can tackle just about any challenge in any weather condition. The growl of the engine is a sweet sweet sound that begs to be abused but one has to be extremely careful because this is one of those vehicles that needs race track to be fully explored to its potential.

I tested the 540i earlier in the year and I found it to be insanely quick so the M550i is basically overkill and the M5 will be, well, insanity. The M550i is actually faster than the previous generation F10 M5, running 0-100km/h in roughly 4 seconds and the ¼ mile in the low 12-second range according to some BMW enthusiast sites.

Re-designed last year and hitting the market only a few months ago last spring, the 2017 5 Series was basically available for a half-year before moving on to the 2018 model. The overall look of the business transport hasn’t changed too much but there is definitely a beefed-up feel to it. BMW shed up to 100 kilograms of weight (depending on the configuration) compared to the 2016 5 Series through use of what they call their EfficientLightweight design concept. The design takes advantage of aluminum and high-strength steels to accomplish this goal despite the vehicle being slightly larger on all fronts. The chassis itself is stiffer and further to this is the addition of variable-ratio steering with speed-sensitive electric assistance and even rear-wheel steering. I’ve read much to do about the new 5 Series’ lack of steering feel but I don’t buy it. The steering input is regulated via an electronic controller depending on speed. In normal drive mode its fine but switch into Sport Plus mode and the thing tightens up like you wouldn’t believe and delivers an experience worthy of any track car.  Those driving modes can also make the overall driving sensation feel as tame as a sheep or as loud and obnoxious as a bull.

The M badging will give away the M550i right away compared to, say, a 540i or 530i. I’m not a huge fan of the small M place on the side fenders. It looks really out of place as if someone was trying to fool you into thinking this was an M car.

Aside from the badging the M550i differentiates itself visually with its rear spoiler, gray finishing on the grille, and lower bumper, M550i-specific 20-inch rims, M-Sport exhaust, M550i door sills, gloss black around the windows and a suspension drop of 1 cm (which honestly is not visually distinguishable to the naked eye).

The 5 Series interior is functional and comfortable but perhaps not as visually appealing as some of the competition. The M-Sport Steering wheels is by far my favorite so I’m guilty of ignoring some of the other shortcomings such as the infotainment system’s confusing array of numerous menus, the odd electronic gear shift and the tiny start button. The most irritating thing is the fact that it’s a pain in the rear end to turn the car off once and for all. Several times I’d be out of the car and I’d hear the radio still playing. Pressing the start/stop button didn’t fix it nor did opening and closing the door. I’m positive of I read the manual it would tell me what I was doing incorrectly or perhaps there is even a setting buried deep inside the menus to fix it but it should be one press to switch everything off and that’s it.

Tiny complaints aside, the M550i really delivers an incredible package of performance and luxury that is difficult to beat (except for maybe the M5 obviously). Starting at $82,000, the test vehicle was lightly equipped with the Premium Package, Advanced Driver Assistance Package, Smartphone connectivity (why is this still an option in 2017) and Nappa leather for a total MSRP of $92,250. 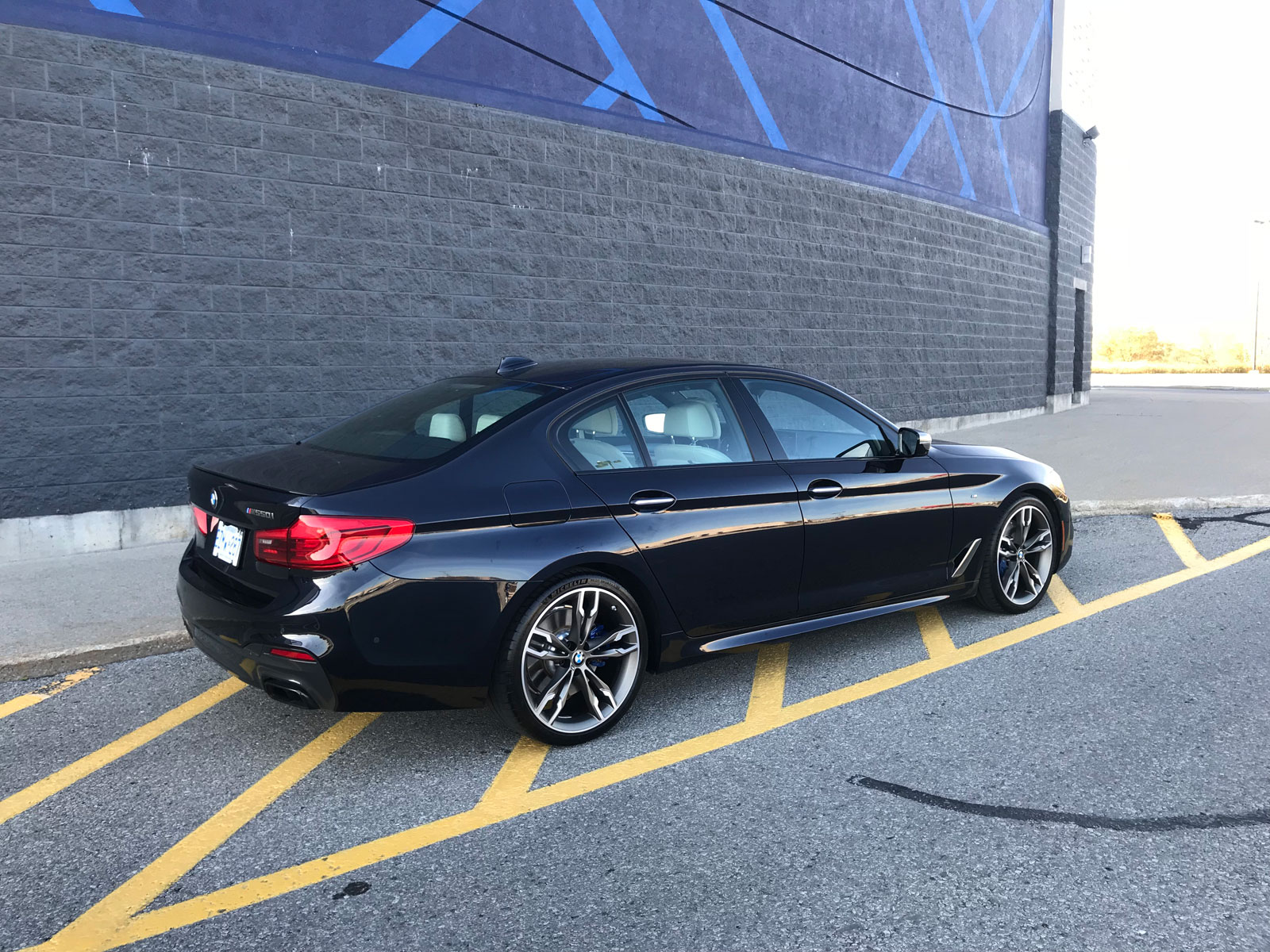 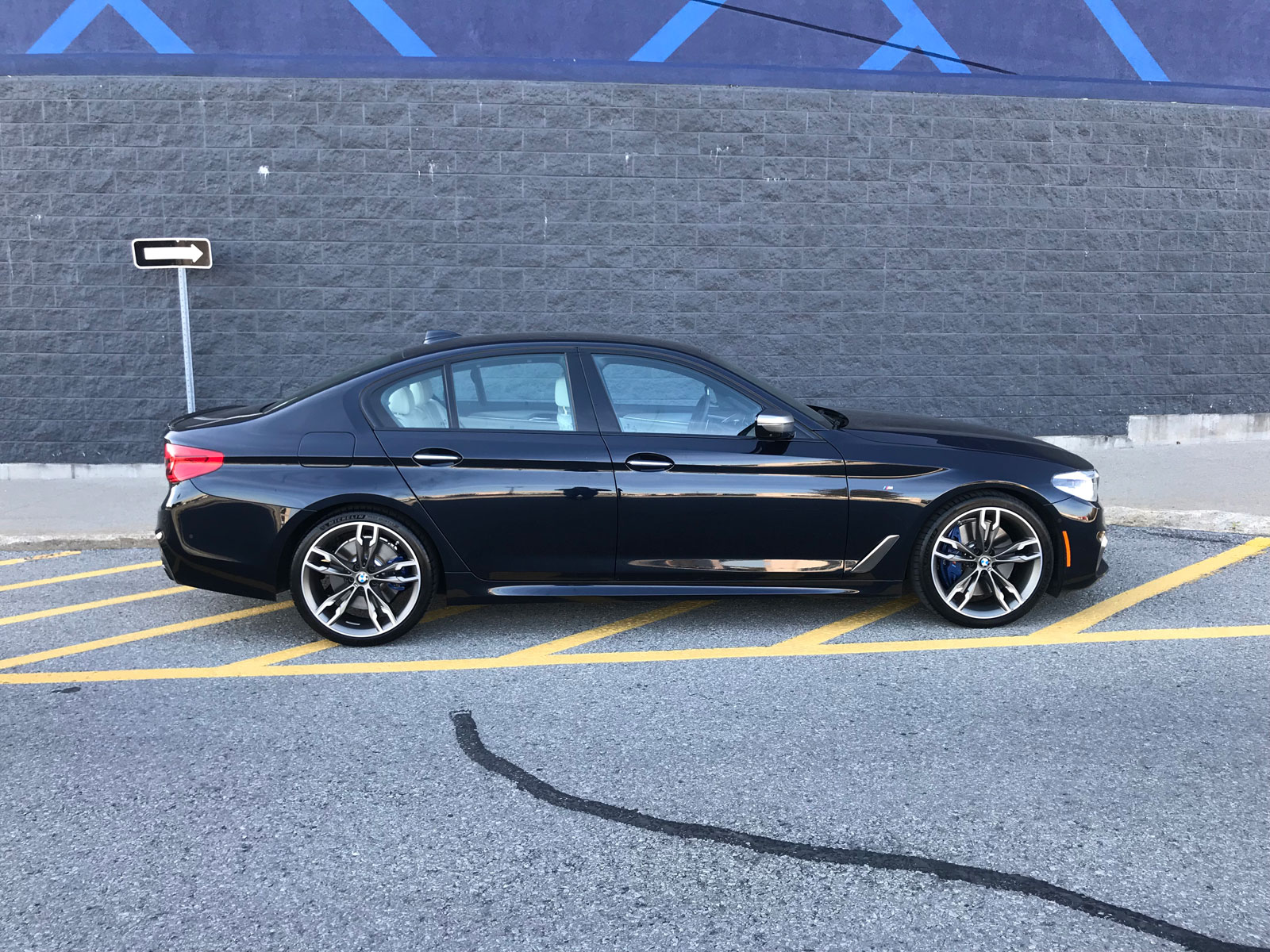 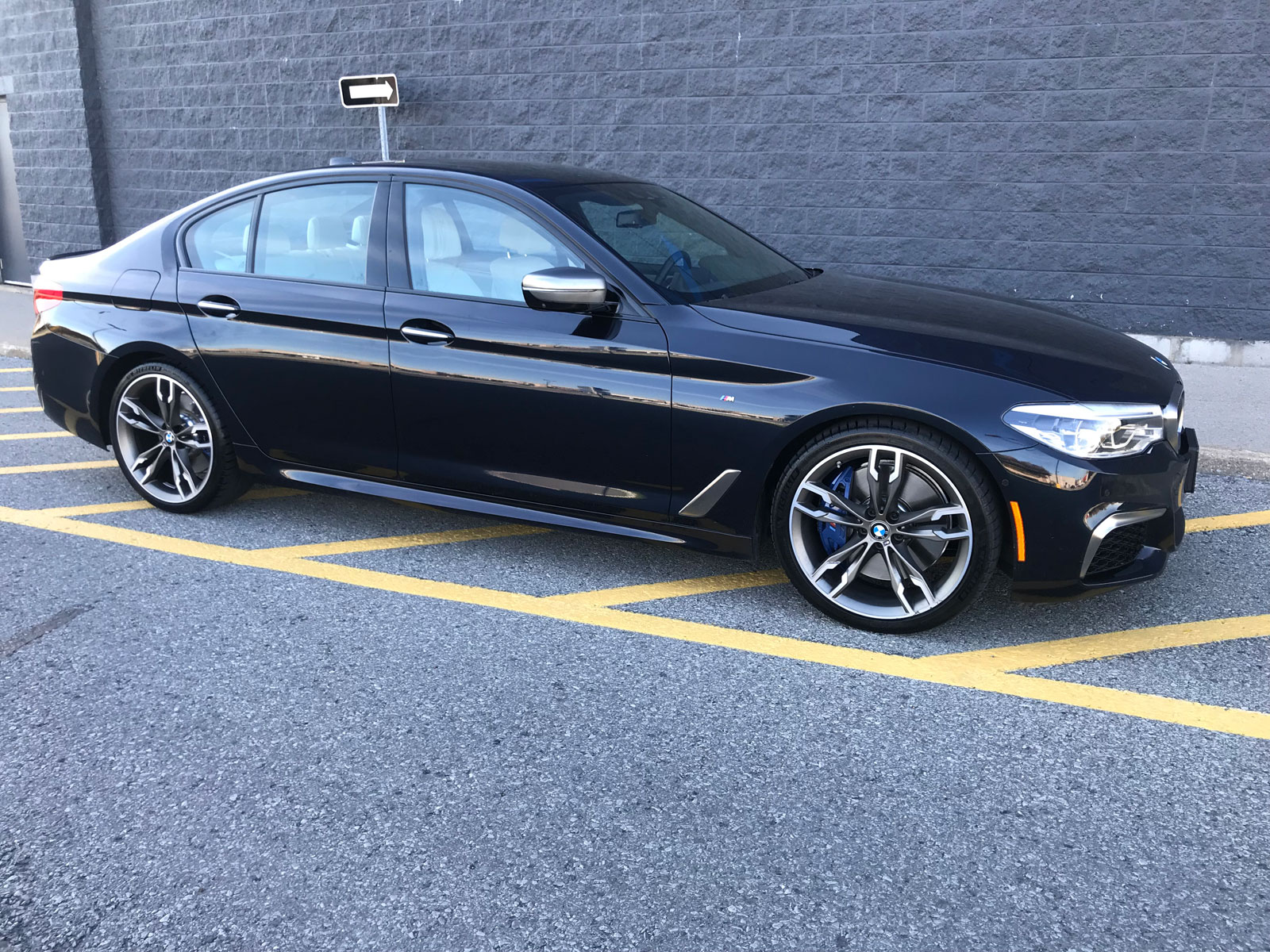 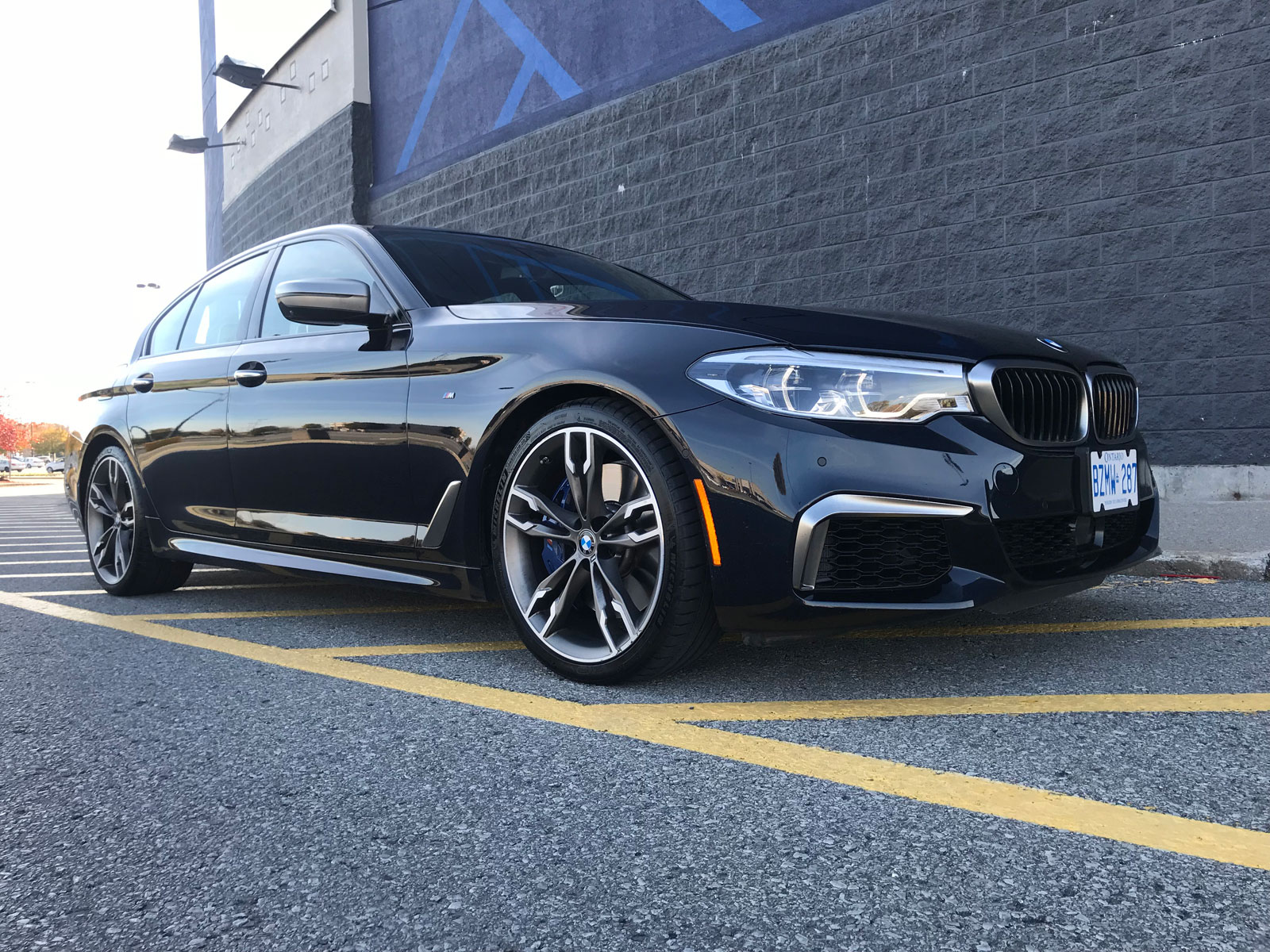 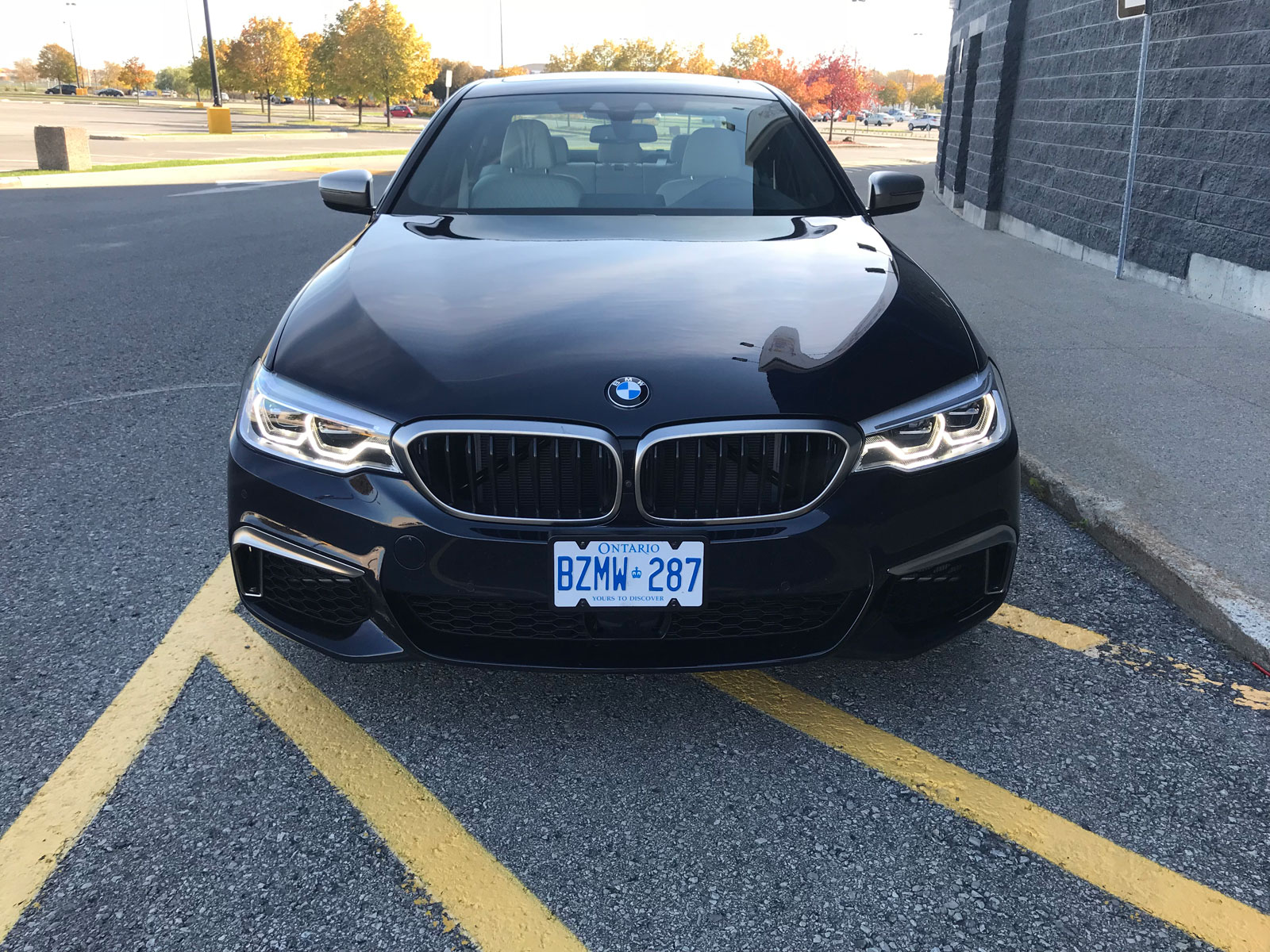 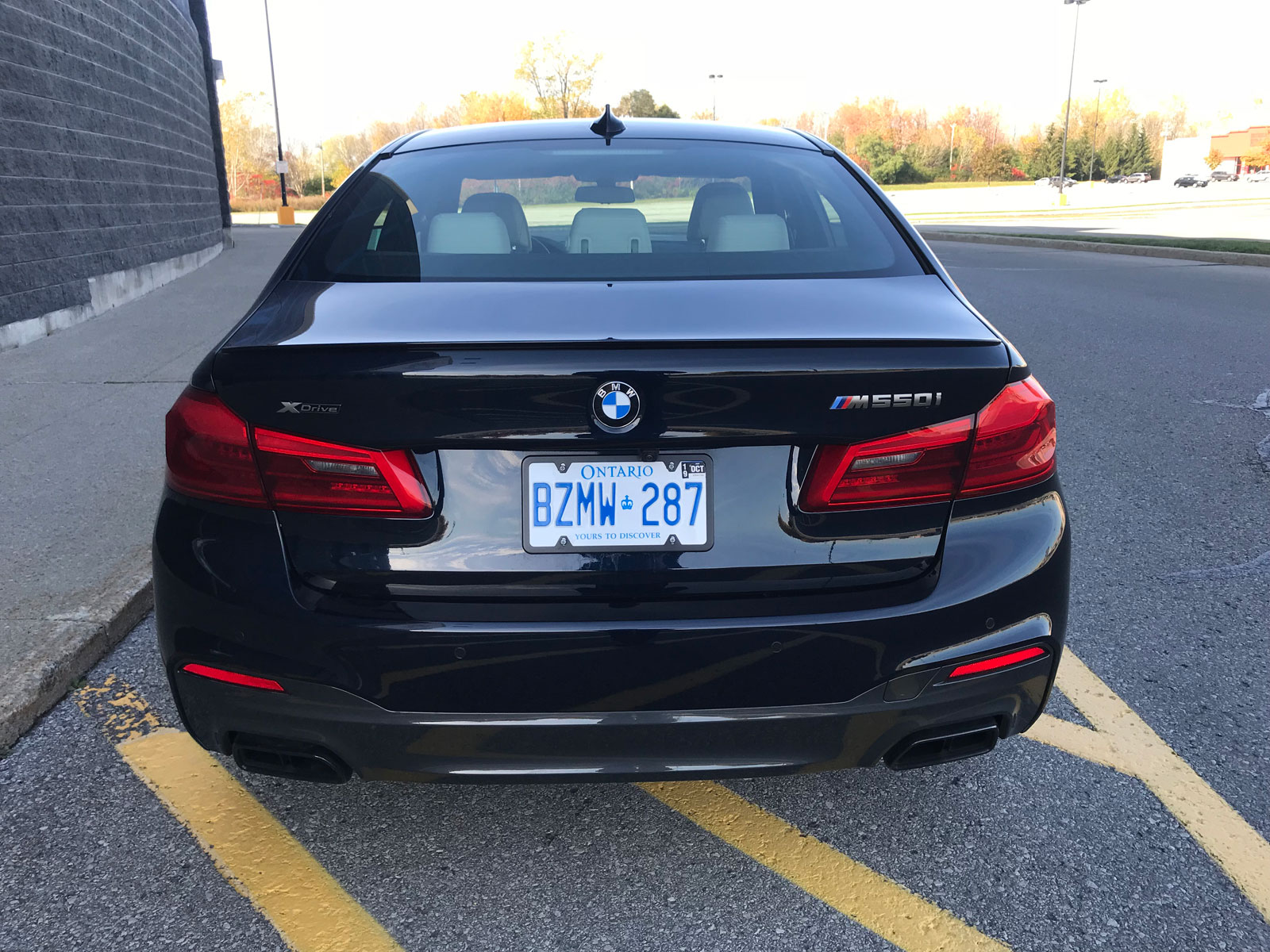 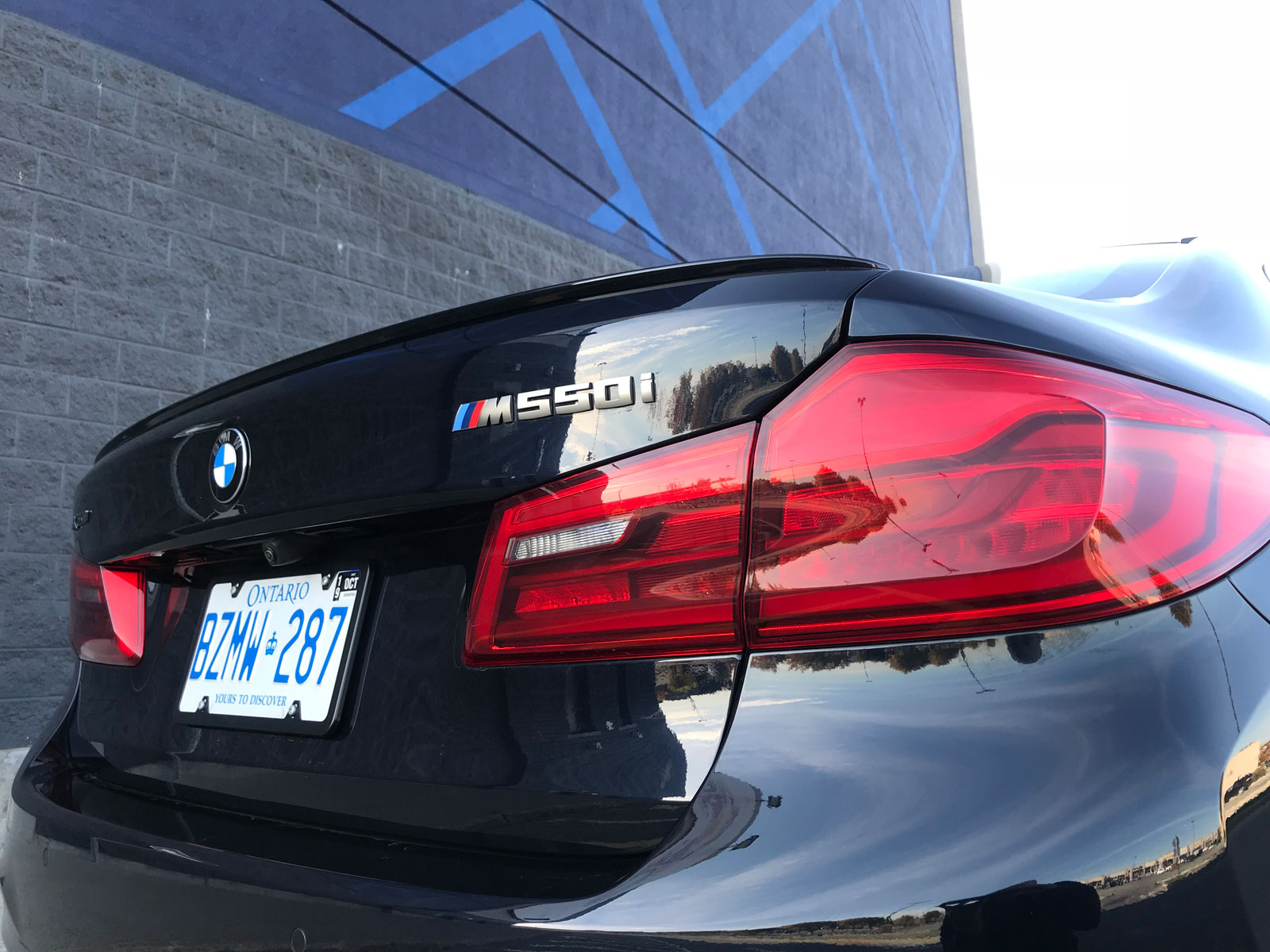 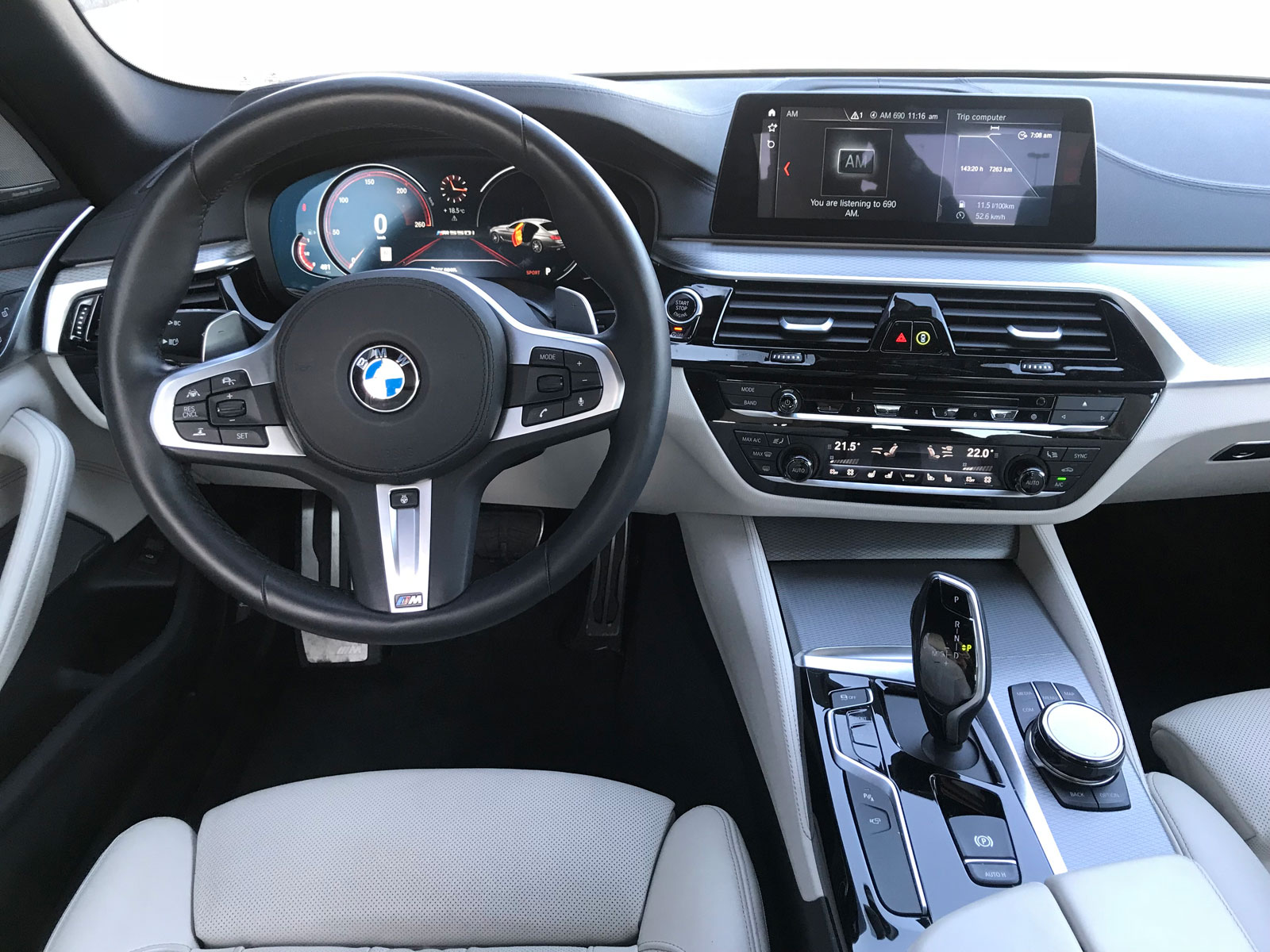 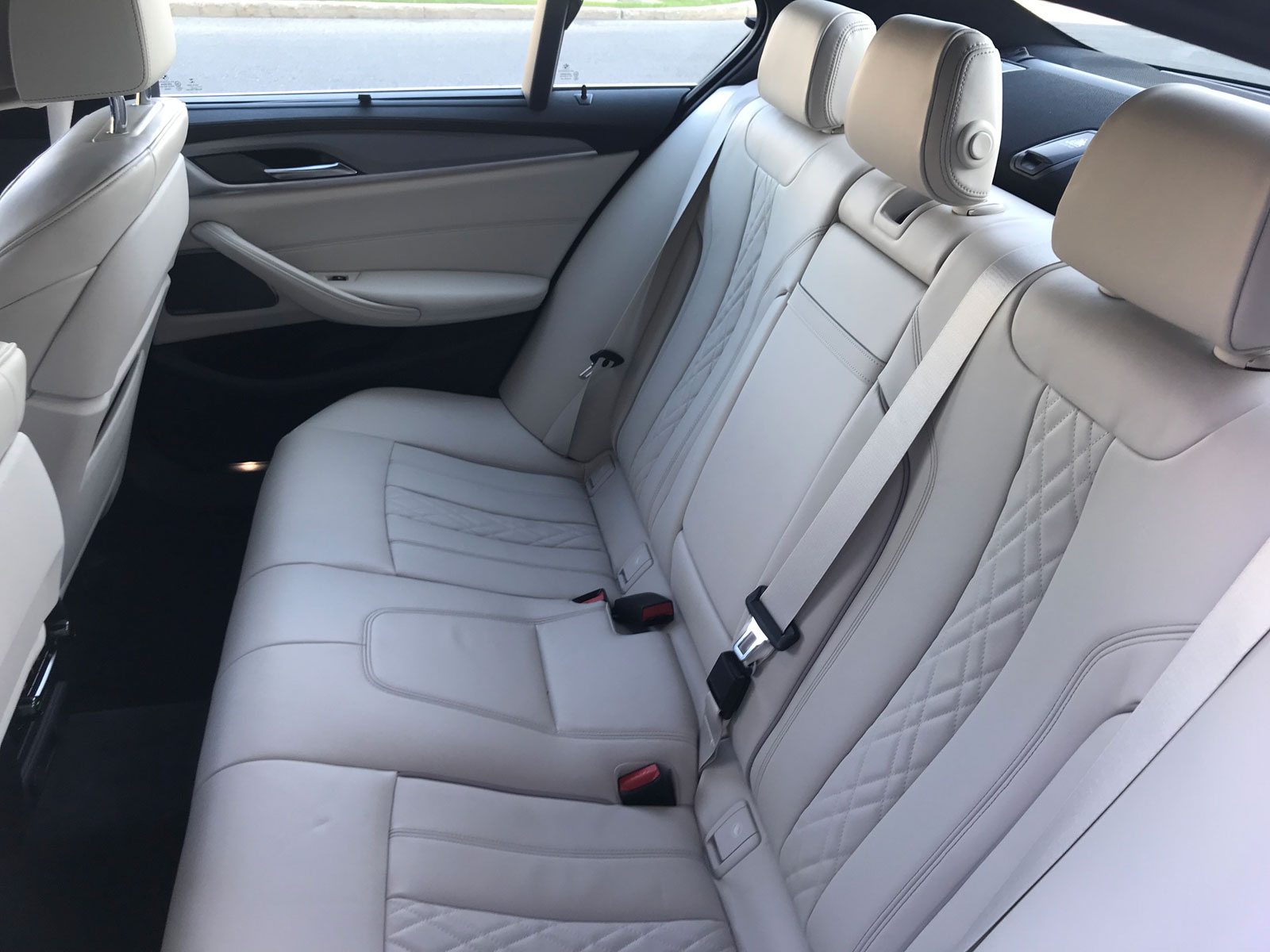 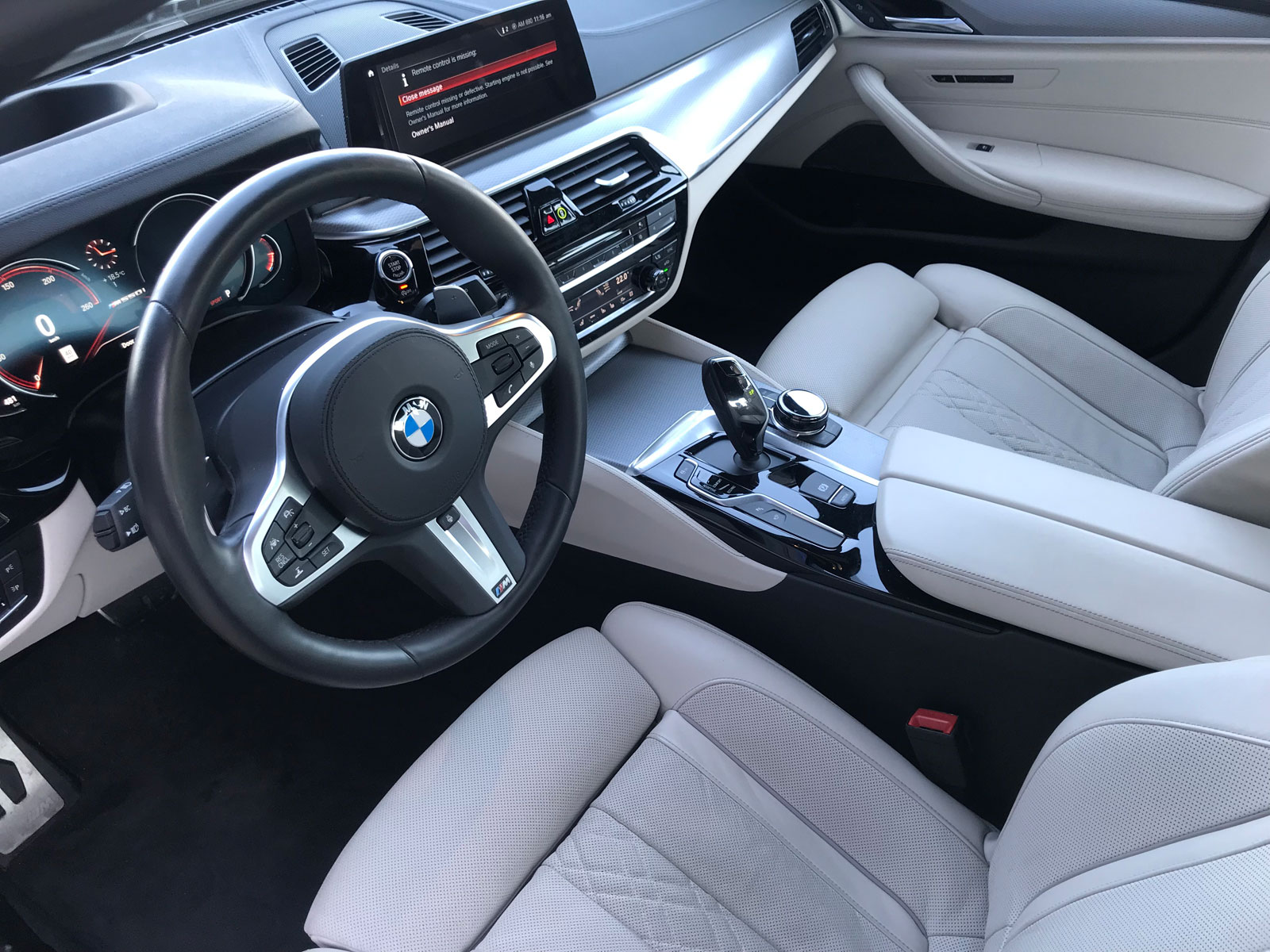 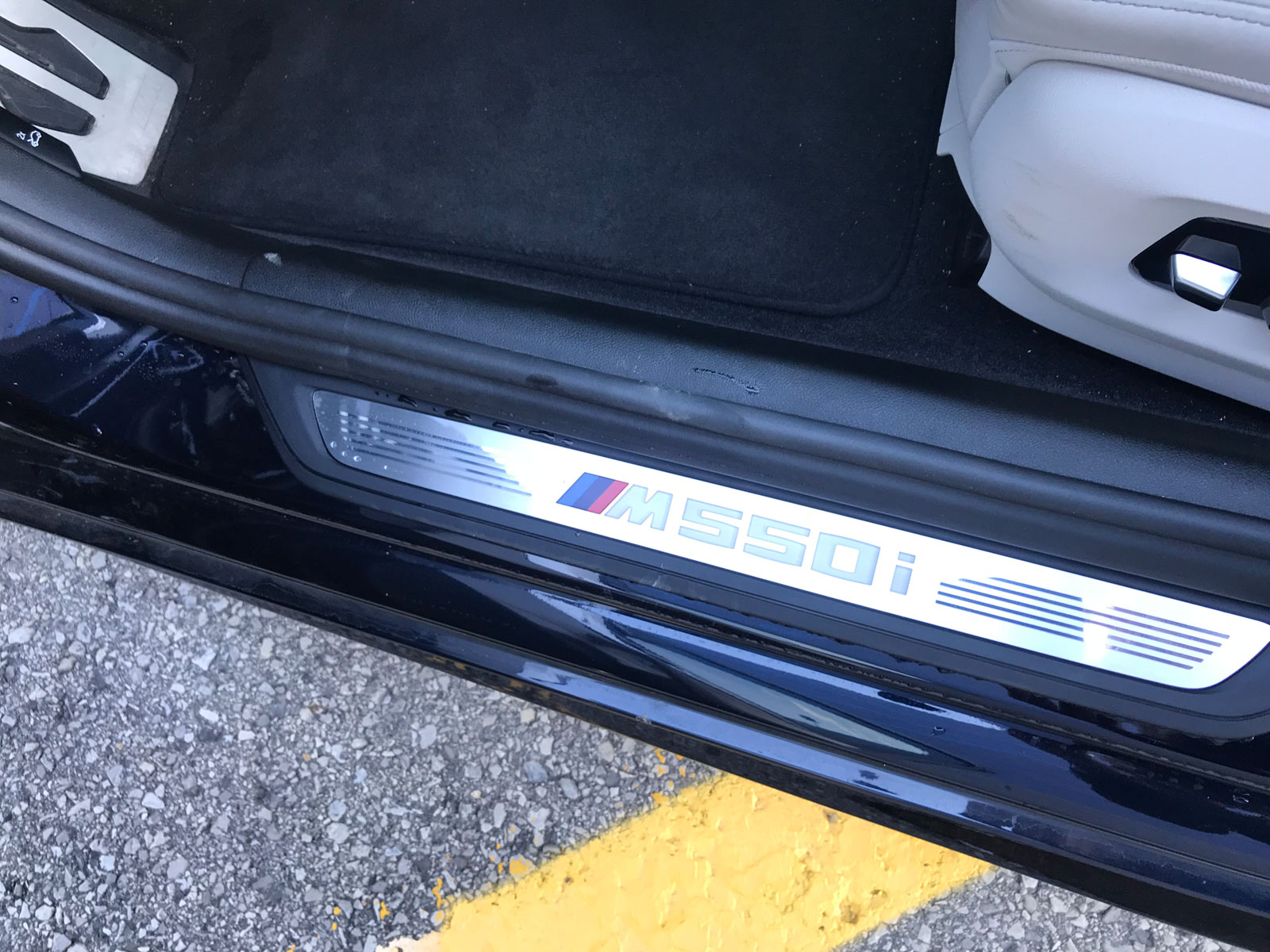 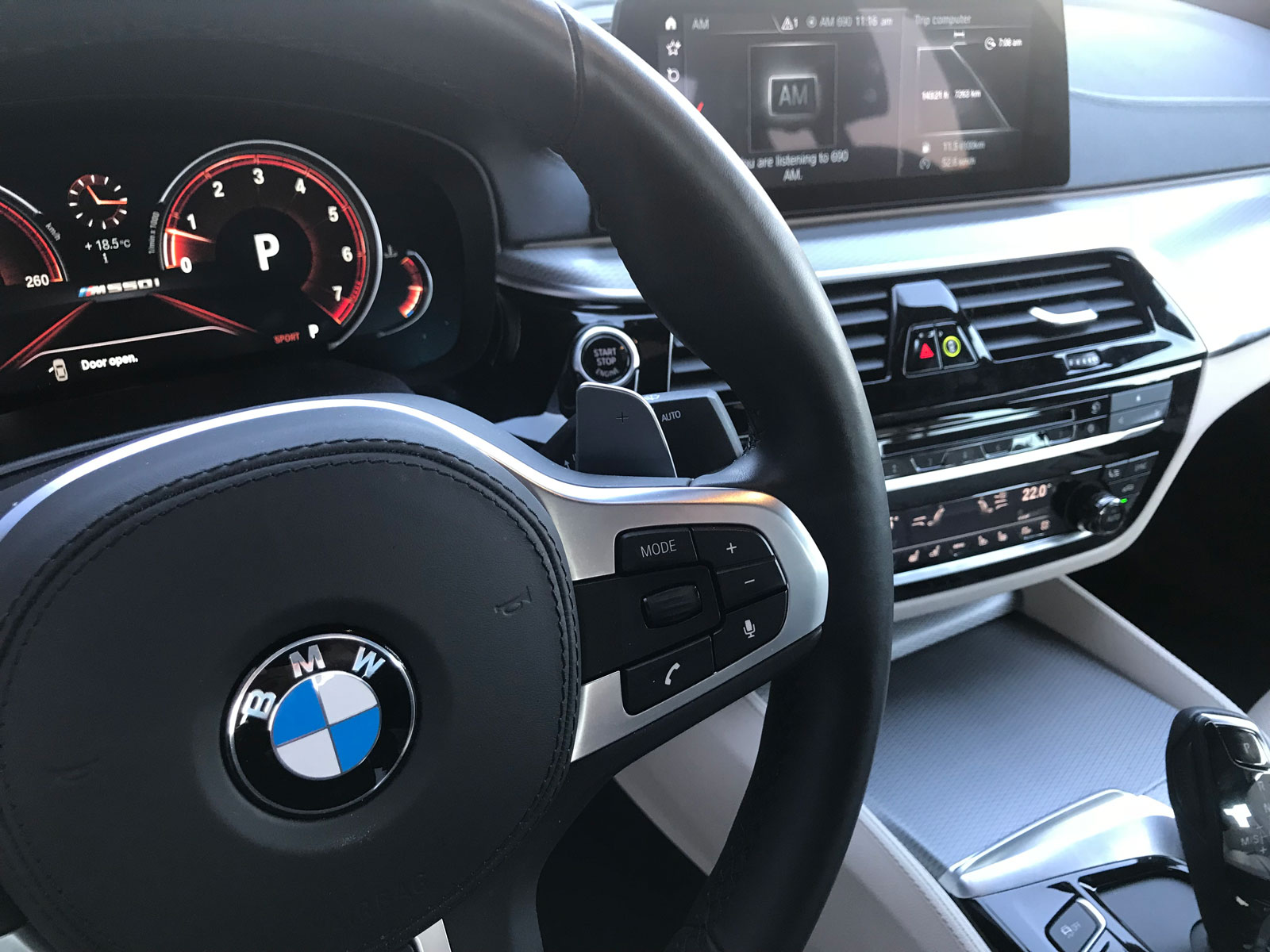 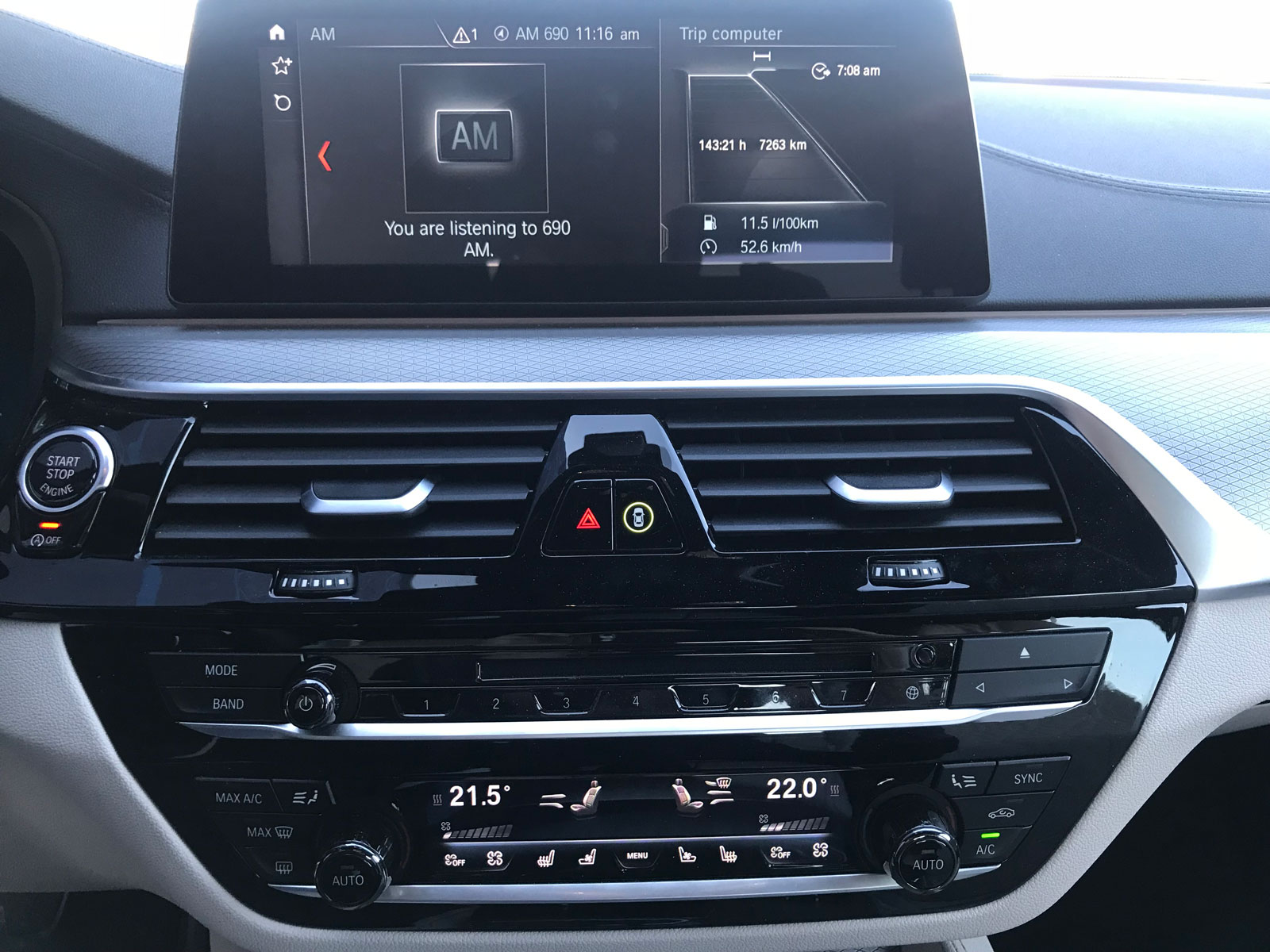 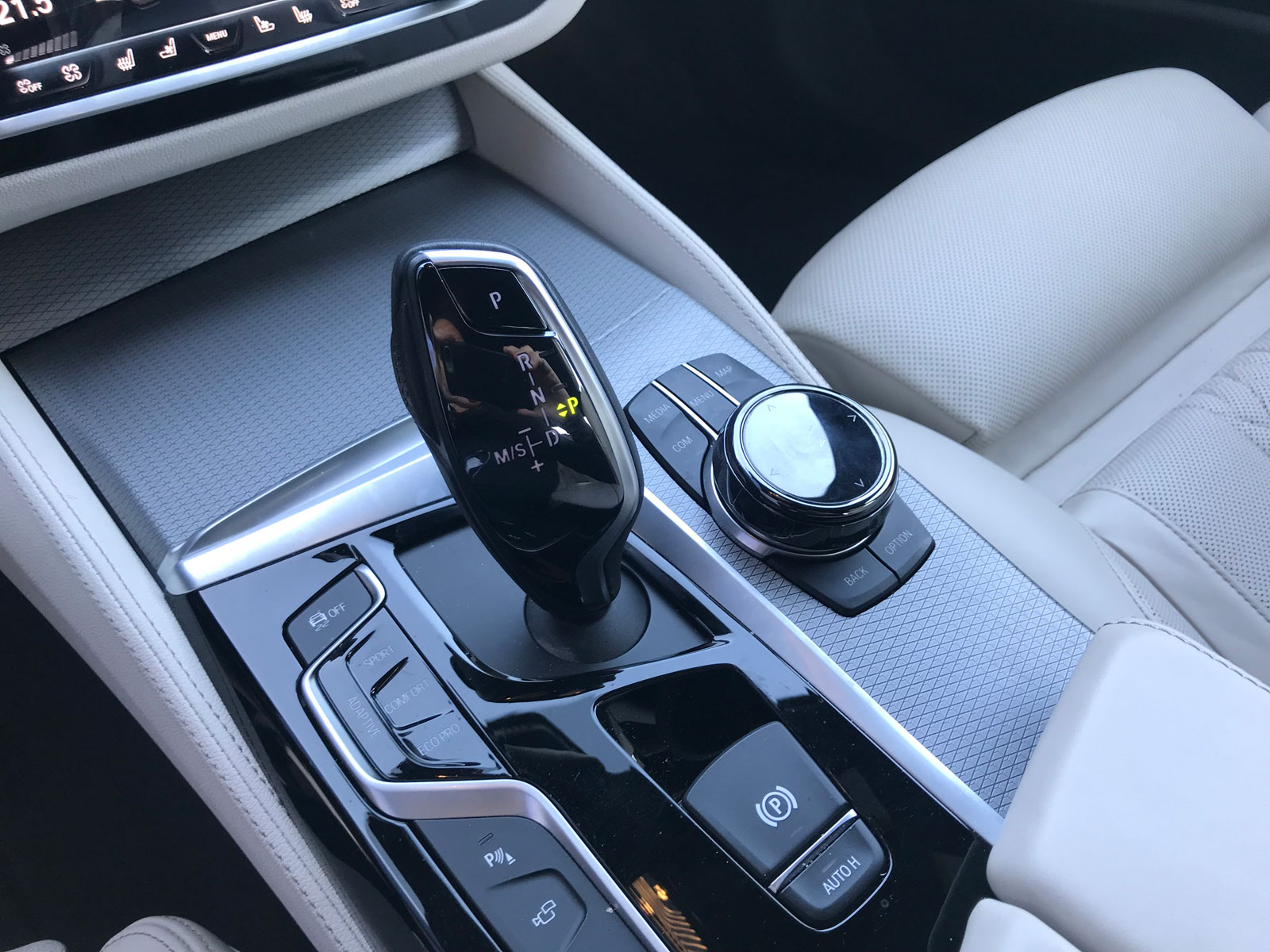 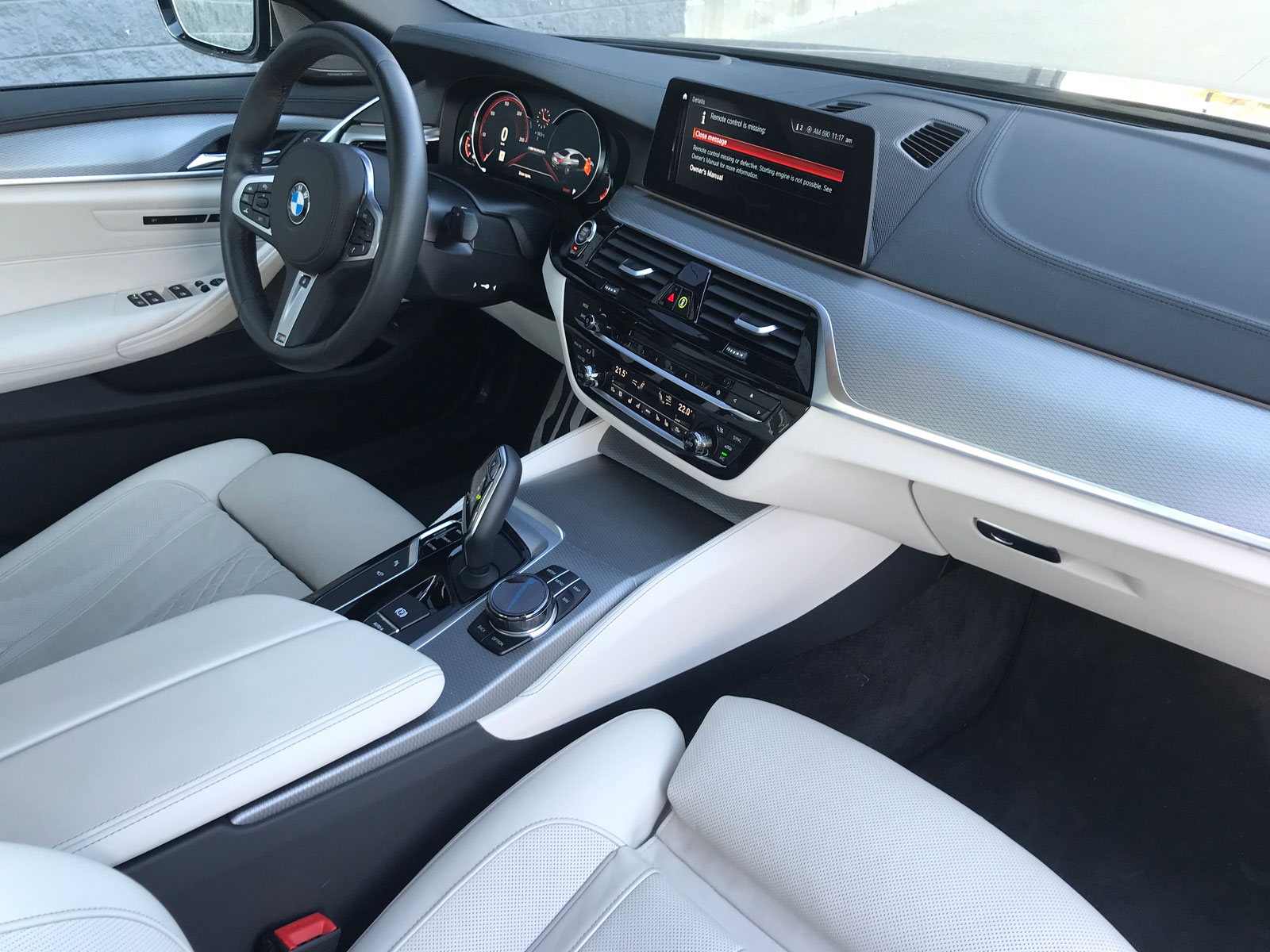 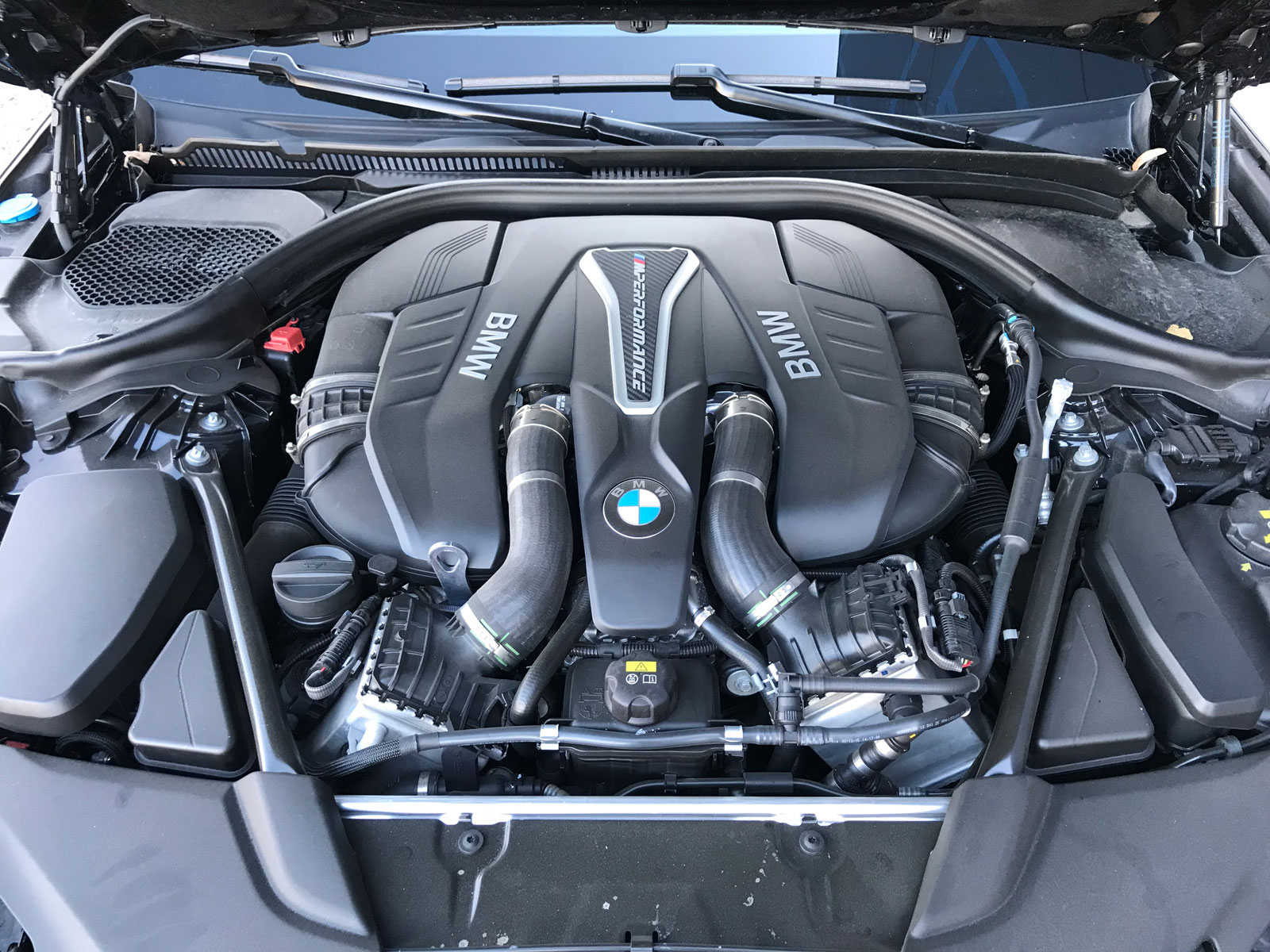 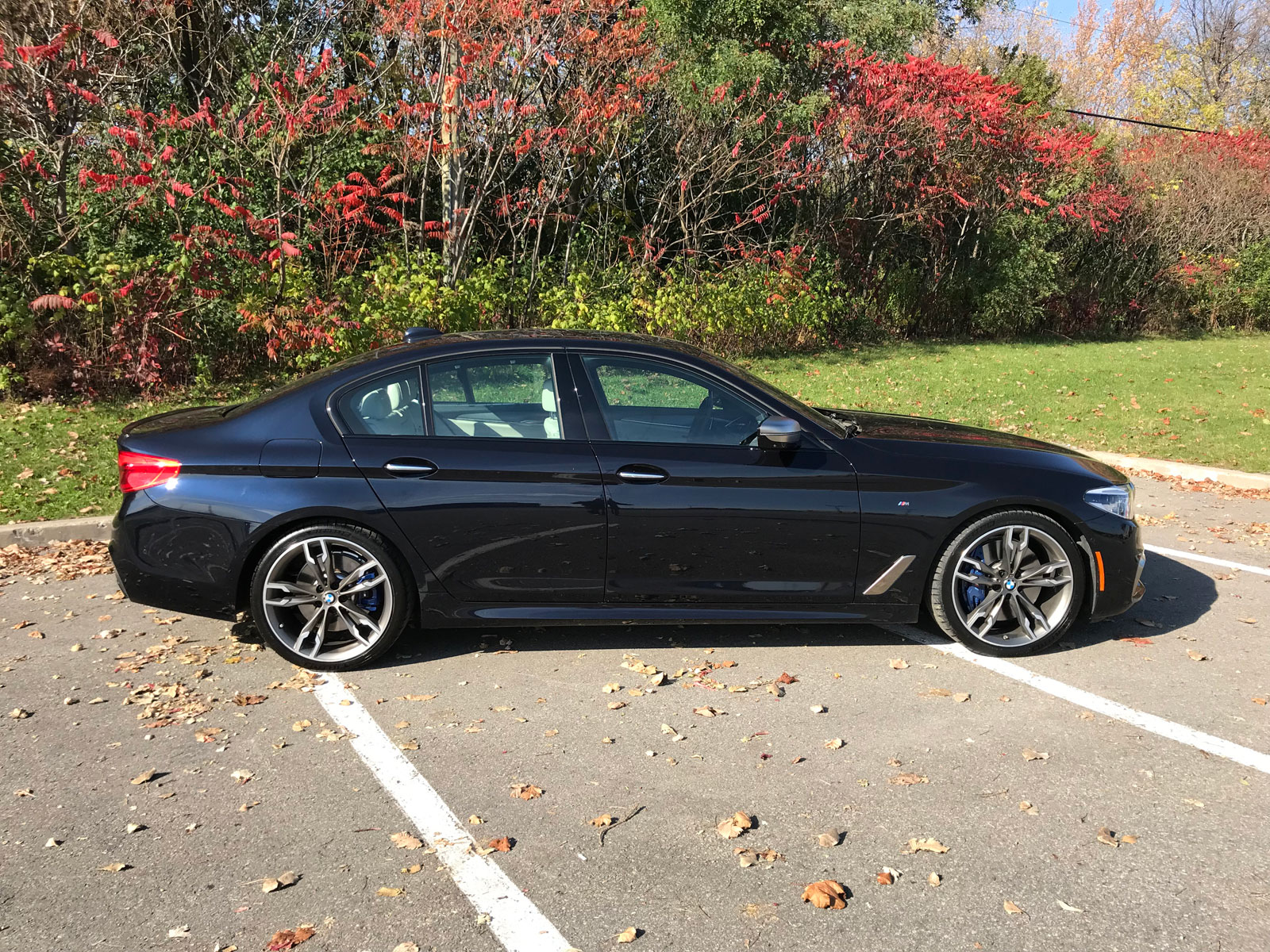 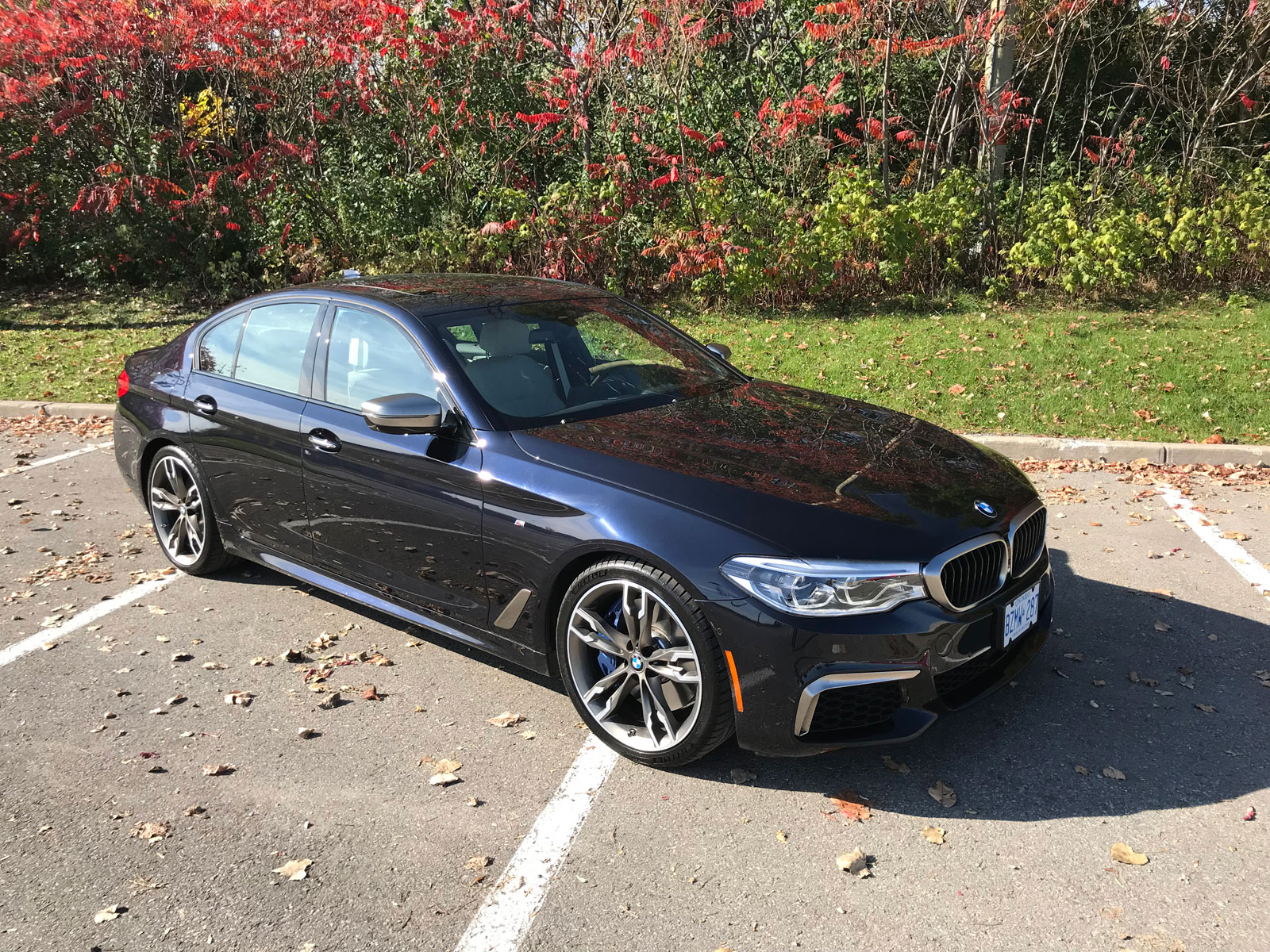 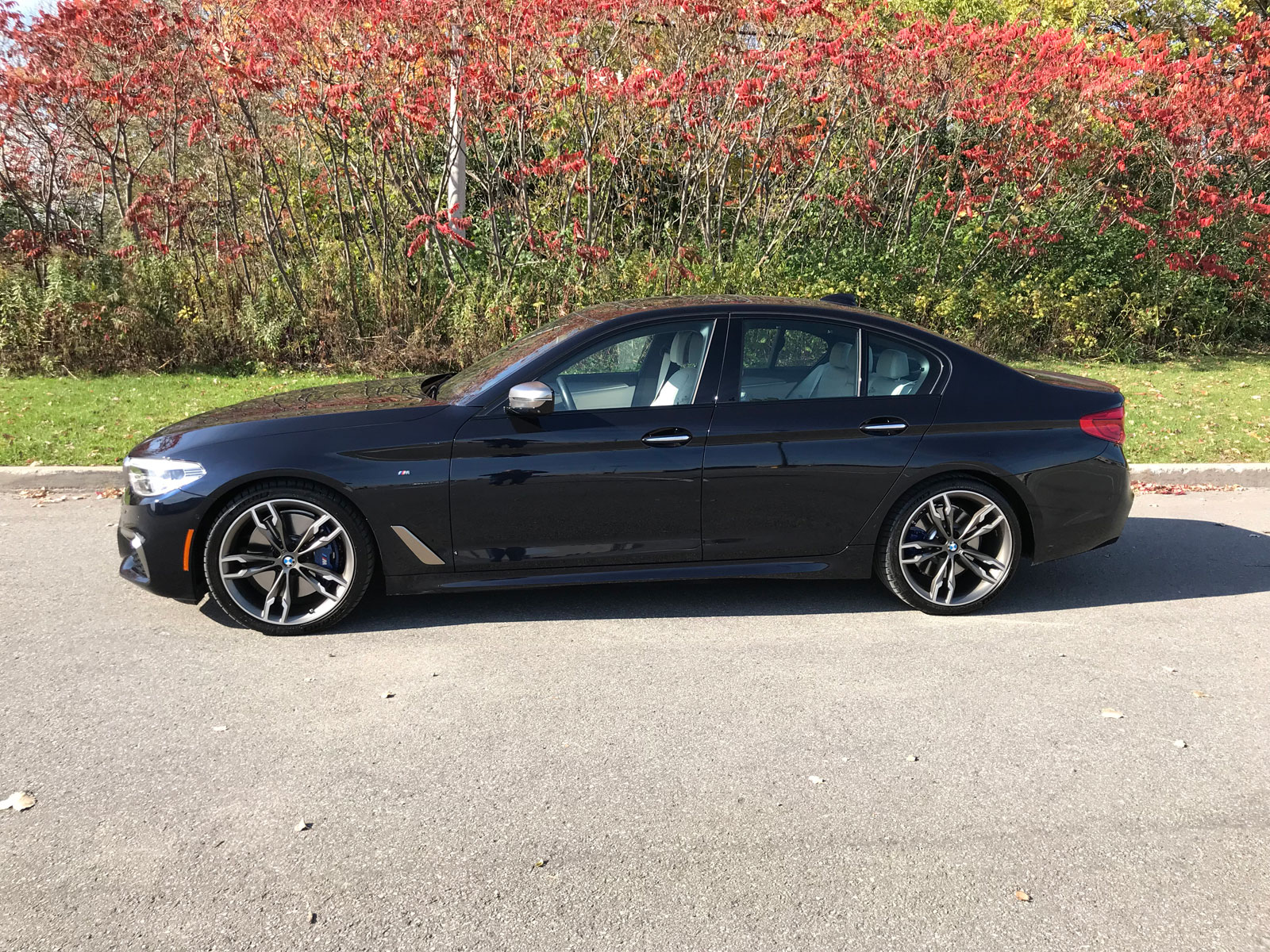 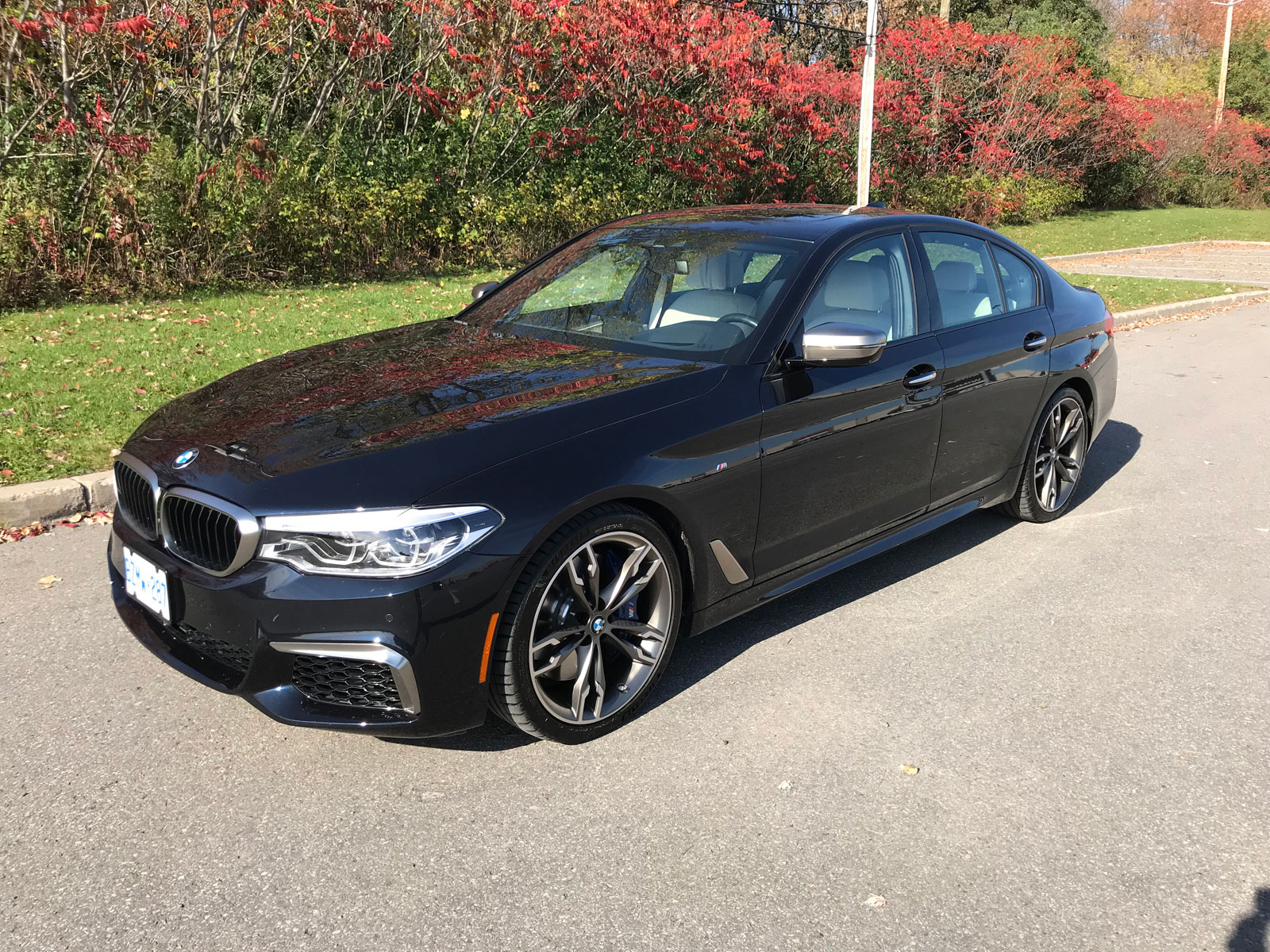 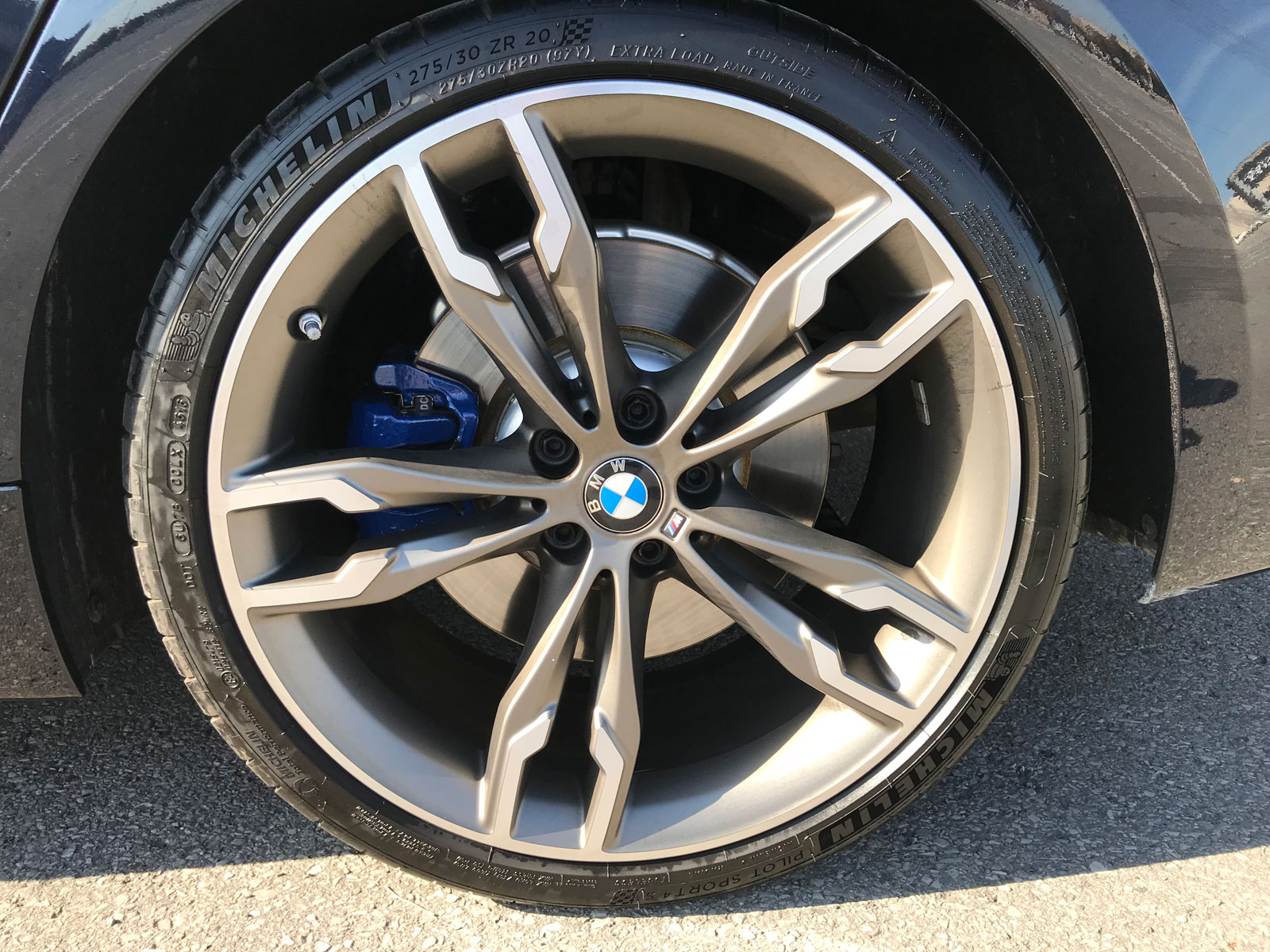