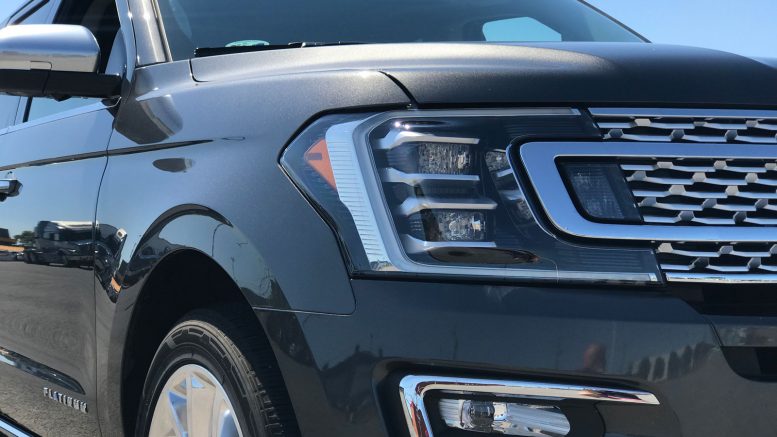 The first thing anyone says after seeing the new Ford Expedition is usually something along the lines of “wow that’s a big vehicle”. The towering monster of an SUV has been redone for 2018 and MontrealRacing.com was offered to test the Expedition Max Platinum for a week.

“Max” refers to the long wheelbase version which adds an additional 12 inches to the length of the vehicle. The design is body-on-frame meaning it’s a “real” SUV as opposed to crossovers which have a unibody construction. This is a serious people hauler that can comfortably sit up to eight adults depending on the configuration. 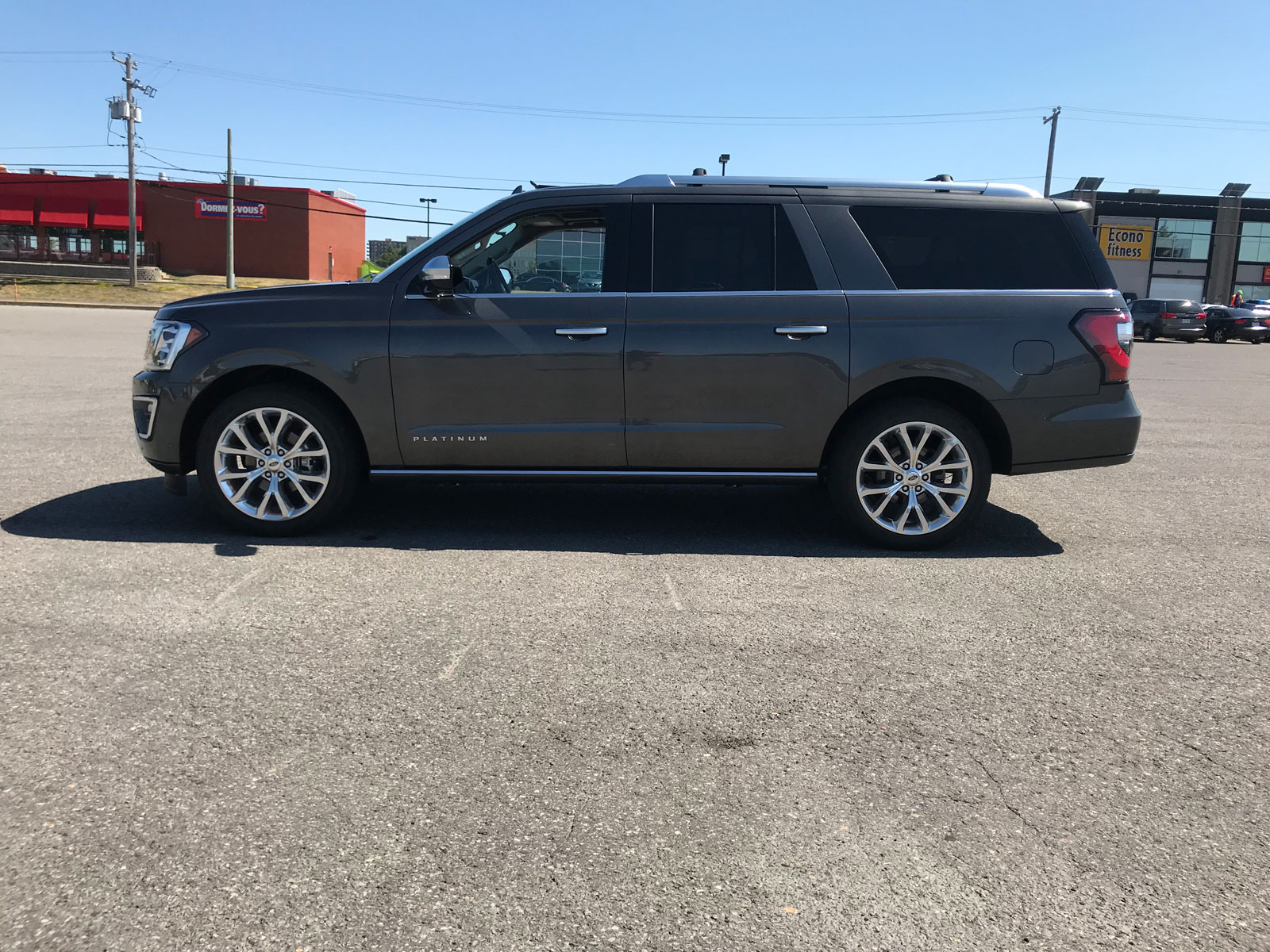 The exterior of the Expedition has been completely updated and looks handsome and much more modern than the previous generation. The grille on the Platinum differentiates itself nicely from the base model as is the trend on the F-Series lineup. Overall it’s hard to point out anything I don’t like with the exterior and it turned heads almost everywhere I drove it.

Under the hood we find the same 3.5-litre Ecoboost twin-turbo V6 as in the F-150 but tuned differently. XLT and Limited trims get 375 horsepower and 470 lb.-ft. of torque while the Platinum version gets 400 horsepower and 480 lb.-ft. or torque. I do enjoy the smoothness of this motor and having enough power was never in question. The Expedition is the perfect road trip machine which cruises effortlessly and quietly at highway speed. The sheer size takes some getting used to both in terms of driving (braking distance, turning circle etc) as well as space considerations in suburban parking lots.

Fuel economy was quite respectable for this size vehicle though I did mostly highway during my week. The vehicle told me I did 12.0 L/100km though my actual calculation was 12.9.

The interior is superbly luxurious and shares its configuration with the F-Series Super Duty. I mean this is basically an F-Series with a third row of seats and an extended roof to cover them (minus the pickup bed of course). Access to the third row is quick and easy by way of a handle on the side of the second-row chair. Ford’s layout is efficient and ergonomic with everything functioning well. I’d make the climate controls a little larger and maybe use a dial instead of the buttons but it’s not too big a deal. 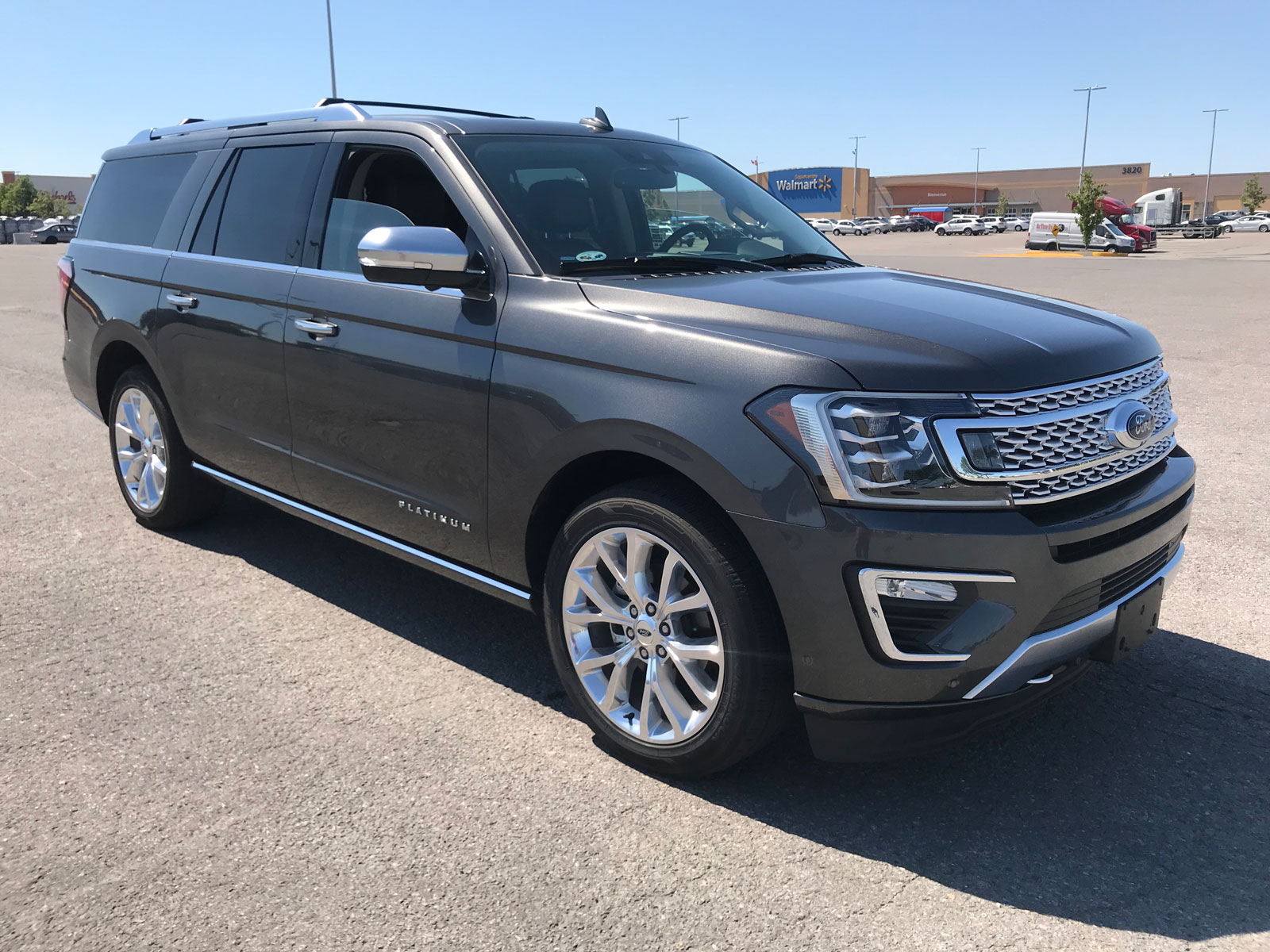 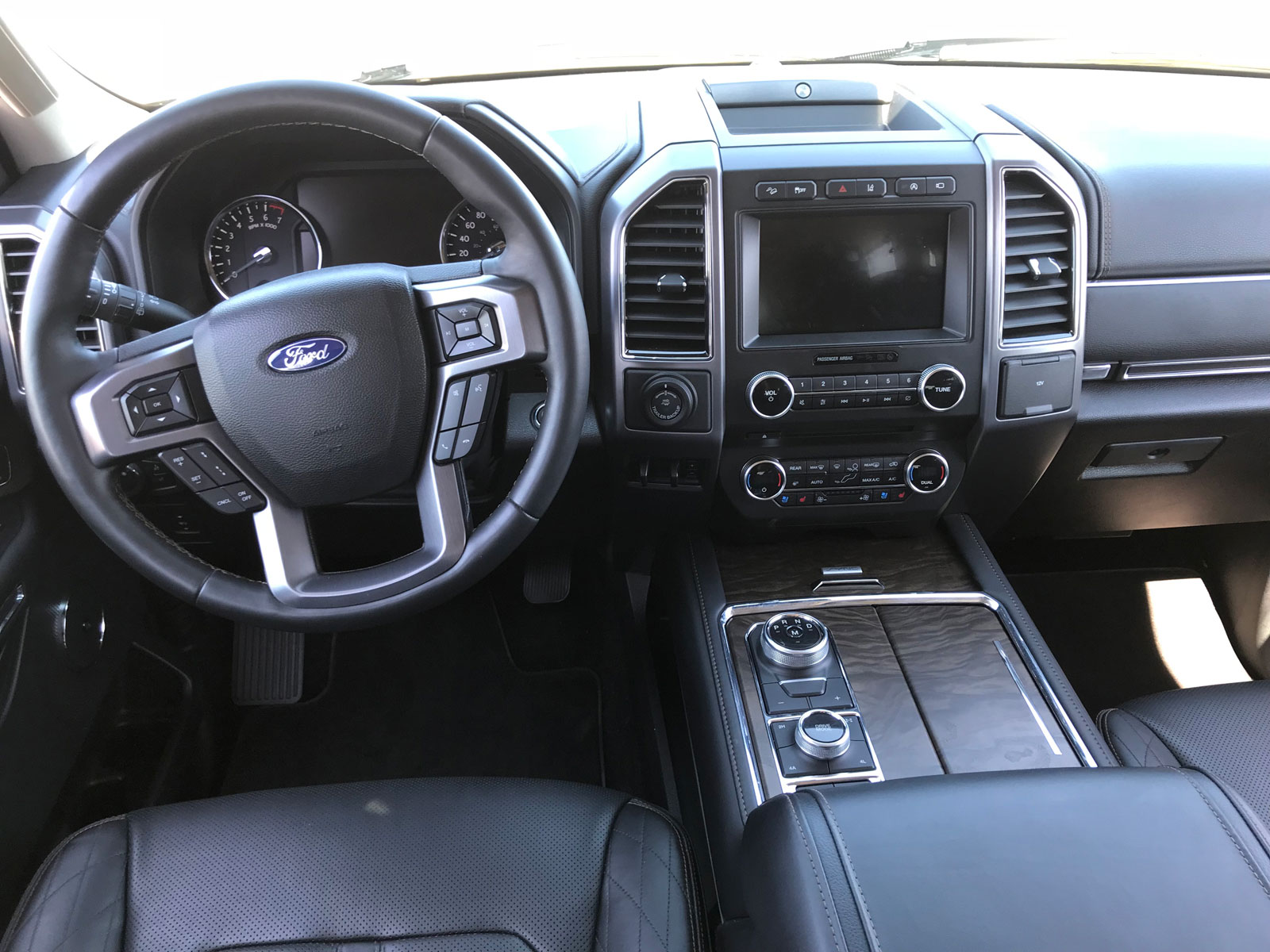 I was excited to try out the rear seat DVD player because Sync has one of the best infotainment designs out there. The rear system consists of a pair of 8-inch touchscreen monitors integrated in the rear headrests. Ford made news when they announced it would have live TV capability using a third-party device called Slingbox. It would also have DVD, USB, HDMI or SD card functionally. Unfortunately, there were some design aspects which made operating it a bit frustrating.

I have to believe that the most common form of entertainment for the Expedition customer would be using a DVD to entertain their toddlers or young children. This proved to be difficult even for a tech-minded person such as myself. The DVD slot is located on top of the screen behind the driver’s head and the system can only be controlled by the rear occupants via remote or touchscreen. This is a big stumbling block because what if your kids are all under the age of 5 or don’t know how to read yet? It forces the driver (or passenger) to get into the rear of the vehicle each time you want to start it.

The system is connected to the car’s audio system via Bluetooth. That means if you want to hear the sound you need to pair it with the car as you would your phone which requires a few minutes of setup. If you plug in your cell phone to charger, however, the system disconnects the DVD because it thinks you want to use the USB input now. I basically had to turn my phone’s Bluetooth off so it wouldn’t automatically connect (even though I had set the DVD player as the favorite) and forgo charging the phone in order to hear the DVD. The alternative is to use the included earphones but I have three kids and there are only two pairs of earphones so that wasn’t feasible. I also enjoy listening to the DVD while driving in case the kids laugh or comment so this is my default preference.

People (who likely don’t have kids) have told me that you should just put the DVD on and then drive but it’s never that simple. What if your child wants to re-watch a part? What if you want to skip a track? What if you simply want to start the movie over again because it finishes while en route? The only option in these situations is to pull over, get into the back and make the necessary changes. The driver should be able to control the DVD menus from the front screen plain and simple just as they do the car’s audio system. 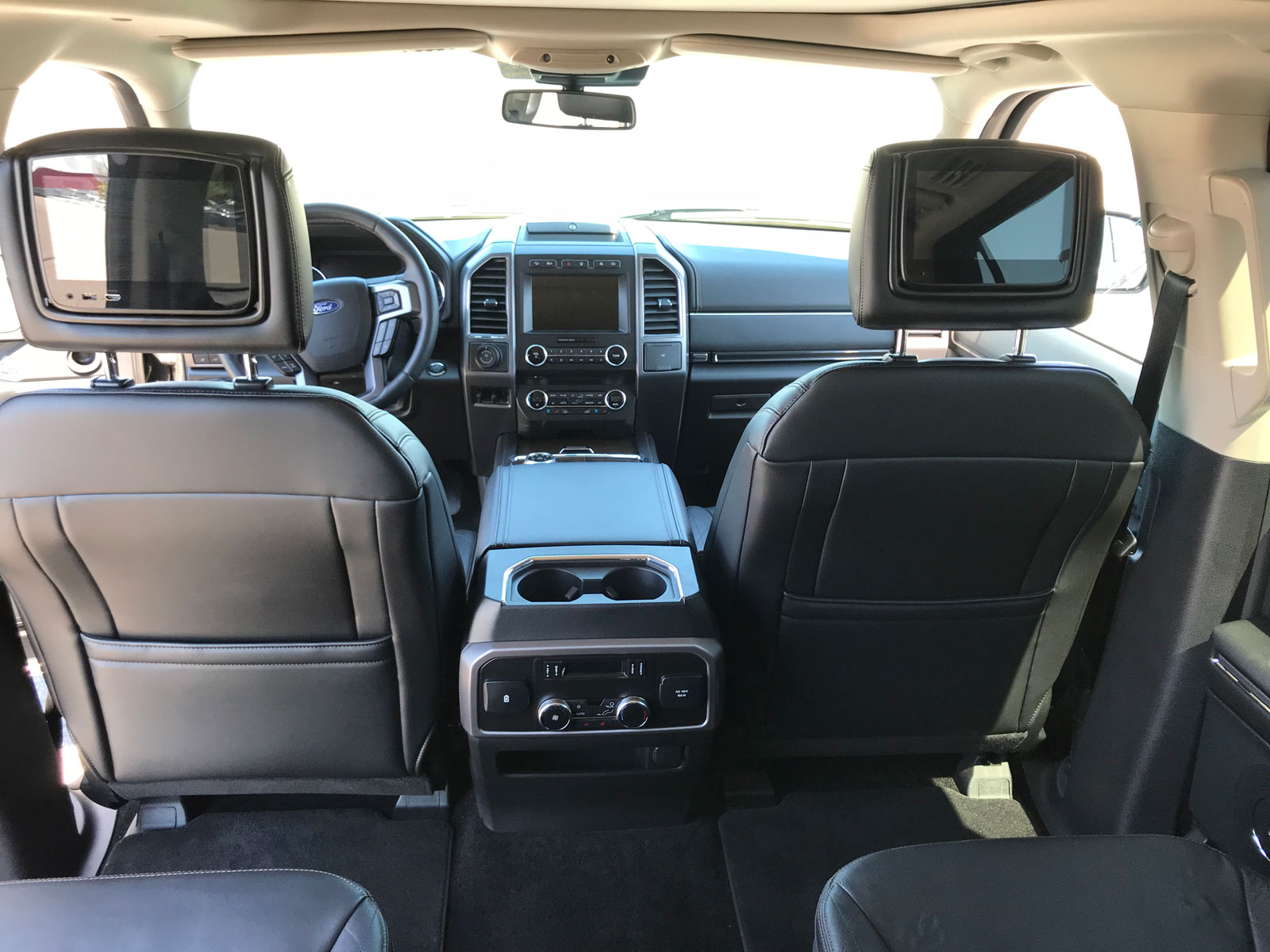 Let’s put all that aside for a moment. Say you have a couple tech-literate children who are accompanying you on a road trip – will everything work out fine? It would be easier but there are still issues. Every time you shut the vehicle off, the DVD system must be turned back on from the rear. If you need to put gas, stop at a convenience store or just do short trip to school and back it becomes tiresome. You’ll need to turn both screens on individually, set the system to DVD then have a person in the front select the appropriate Bluetooth input. On several occasions the sound wasn’t in sync with the movie or the Bluetooth simply wouldn’t connect at all. Thankfully the movie kept its position and didn’t have to be restarted but it was an overall incredibly frustrating experience.

If we compare this to Chrysler’s Uconnect, the DVD player located upfront and when you put a disc in it starts playing on the screens immediately. With two taps on the front screen I can hear the movie and even better I can watch the movie in the front if the vehicle is stopped. It’s how every system should be designed.

Aside from the infotainment system I quite enjoyed cruising around in the comfort of the Expedition. Whether you are a large family, own a taxi service or just simply enjoy large SUVs, this full size example sets the bar very high. You can get into a base model XLT starting at $62,039 however the Platinum Max test vehicle starts at $86,239 before any options.

I’ll be reaching out to Ford and sending them by real world testing experience of the infotainment system so check back for any updates. 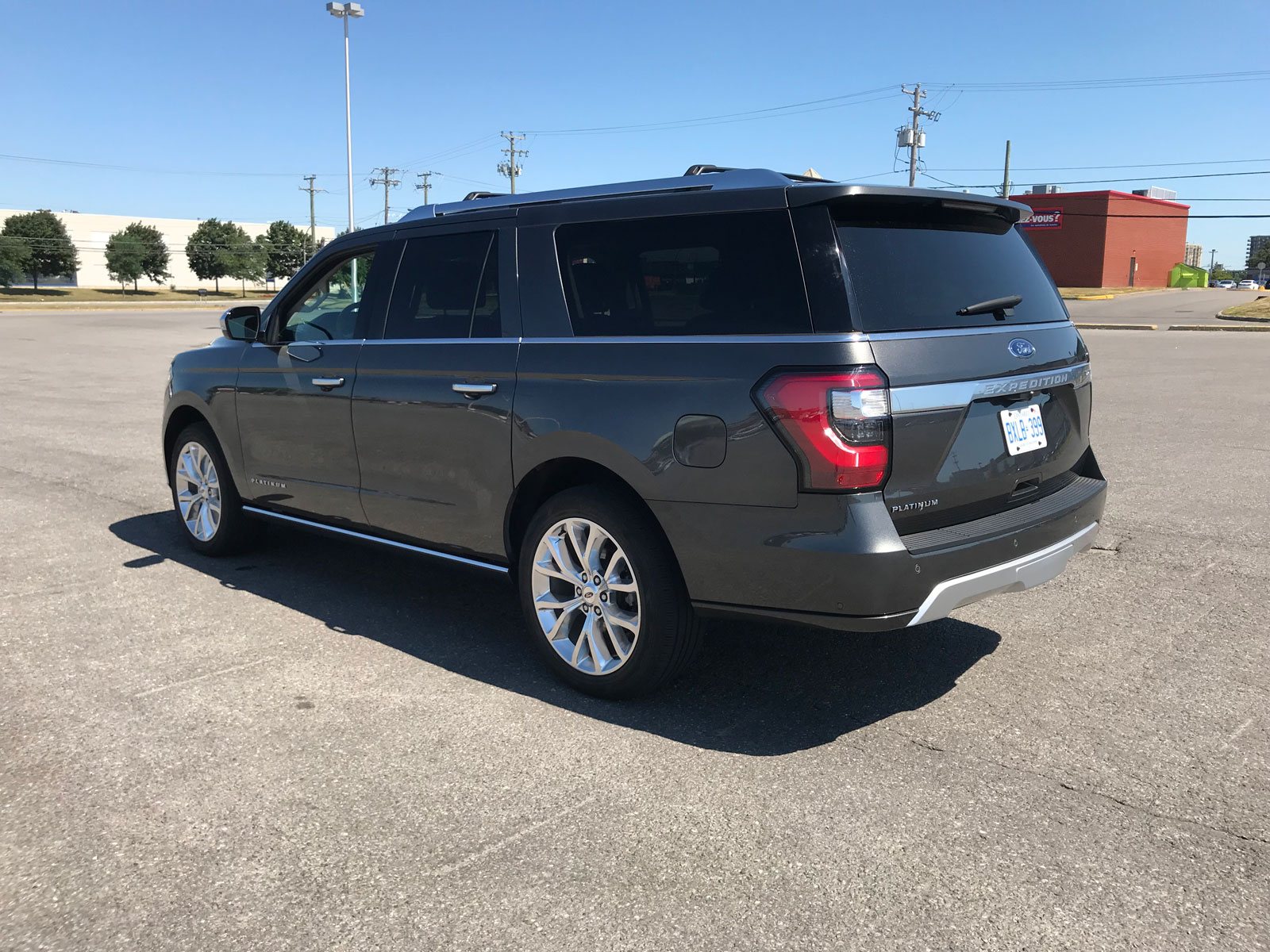 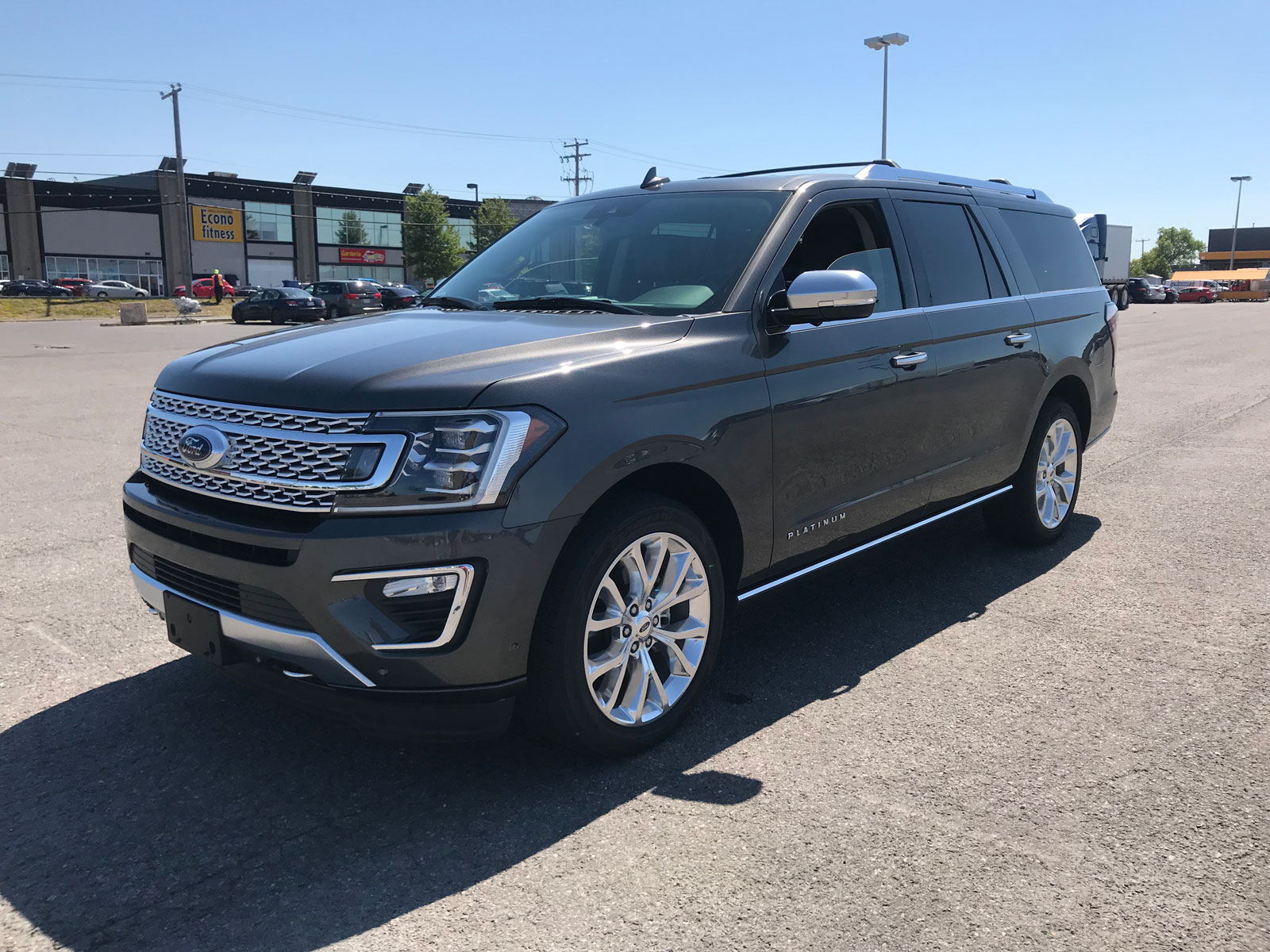 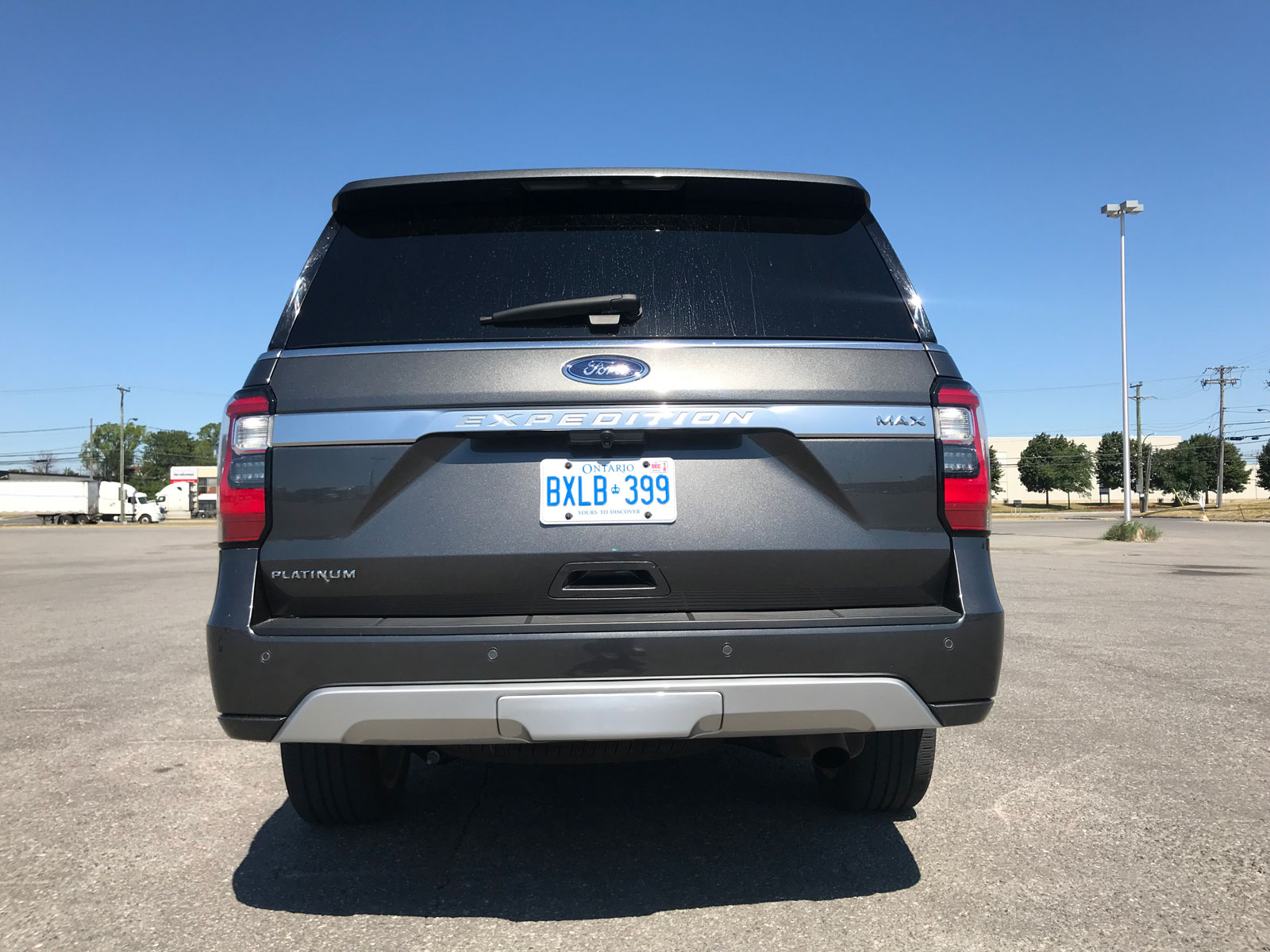 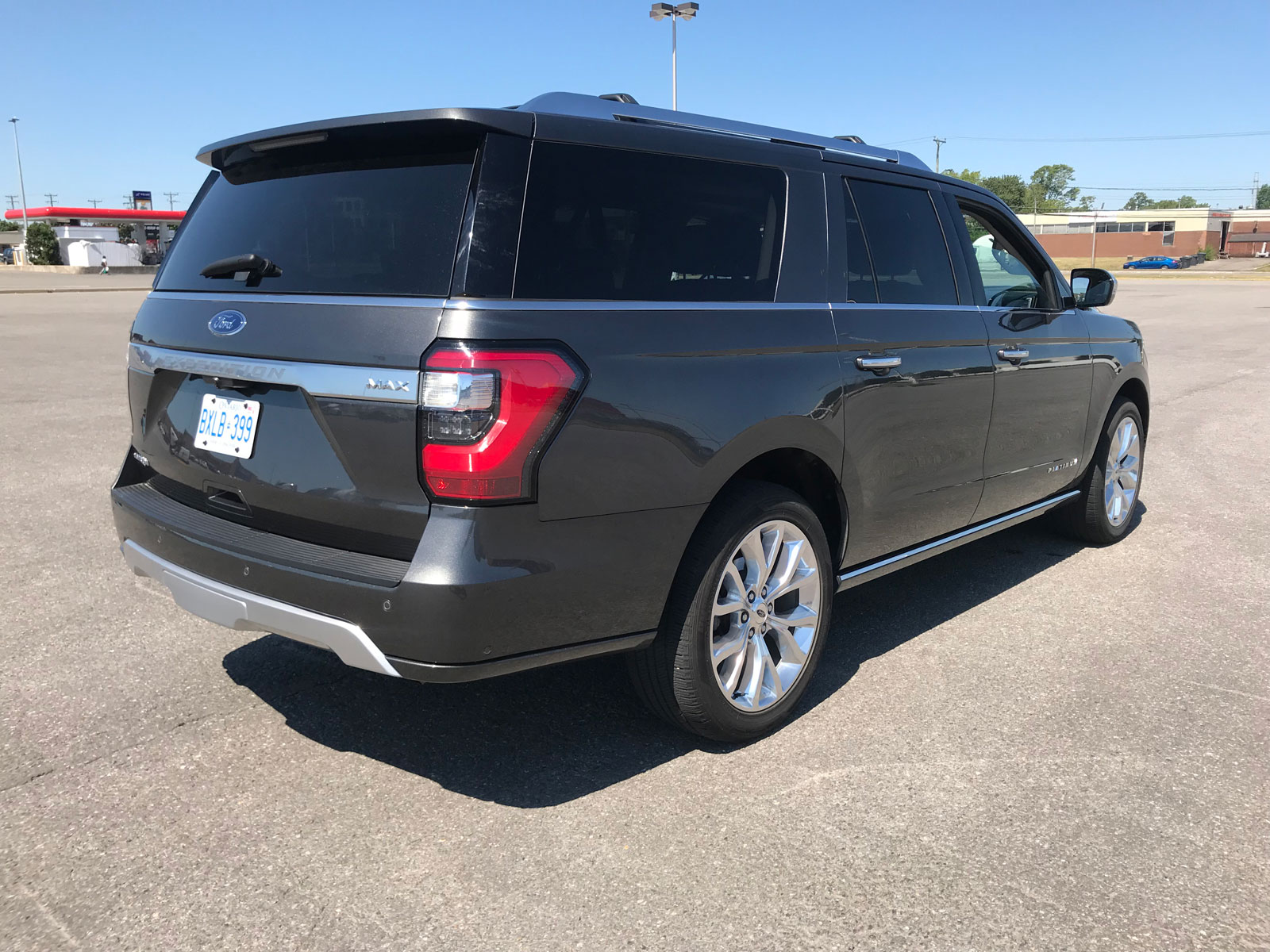 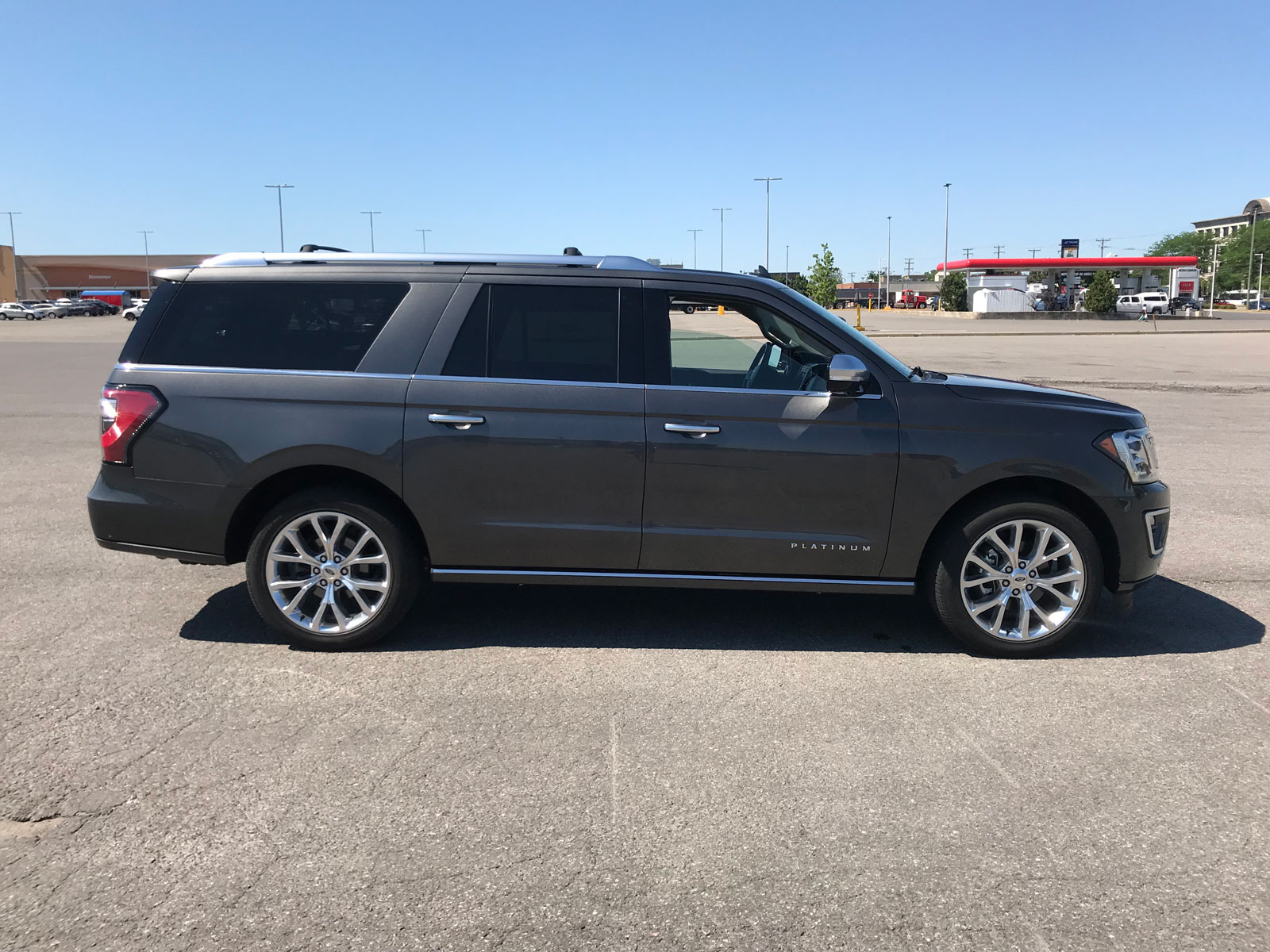 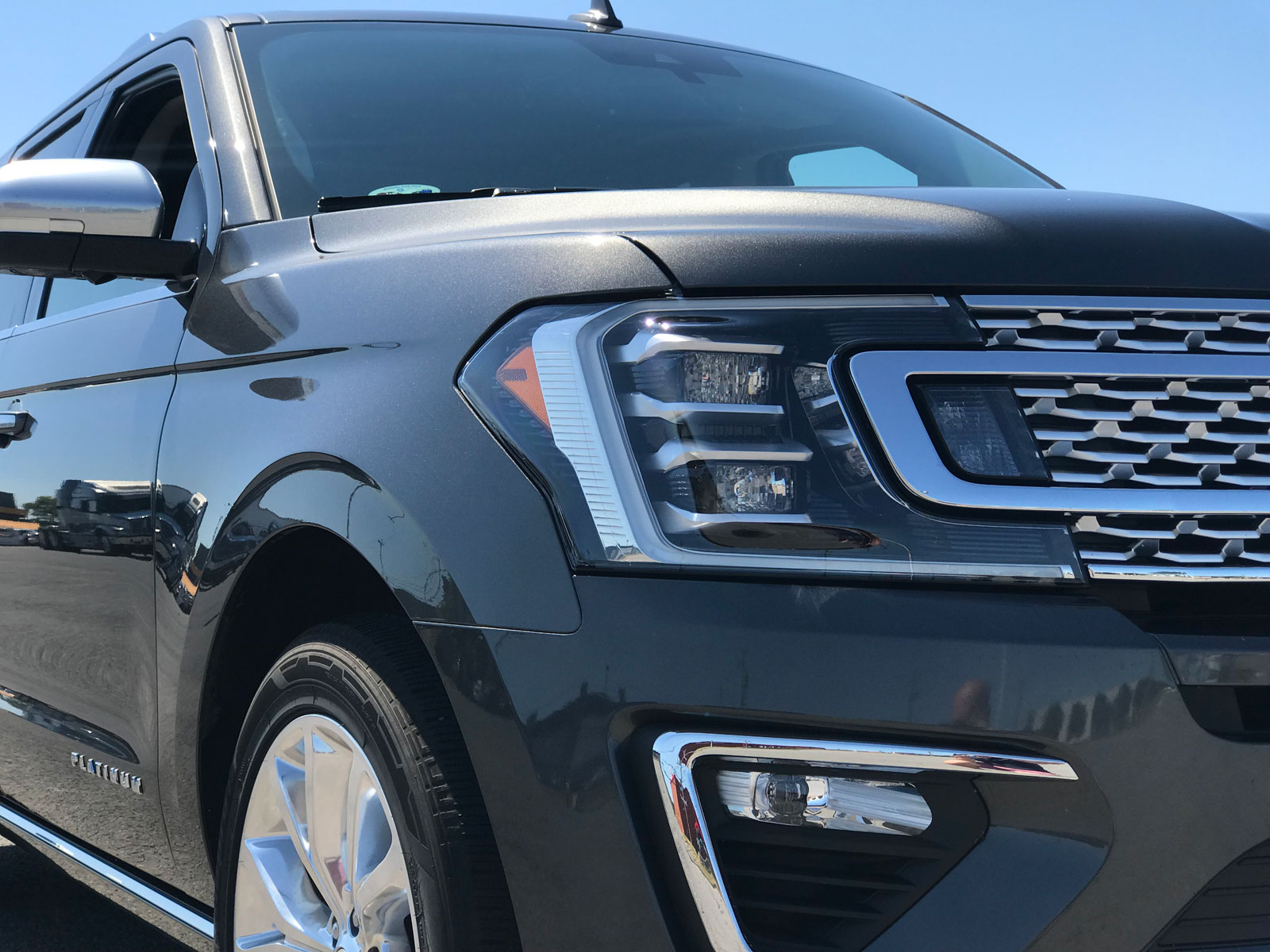 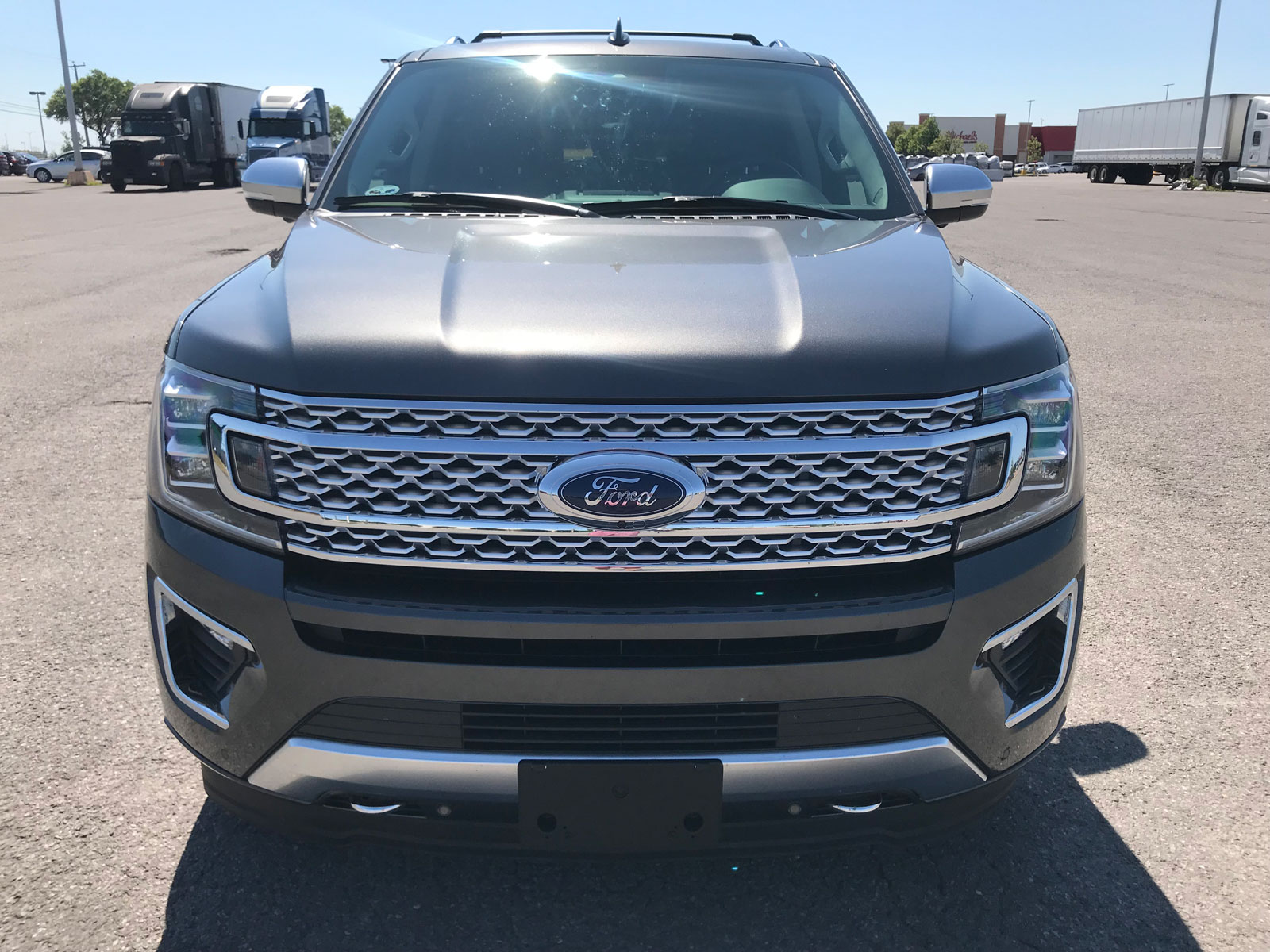 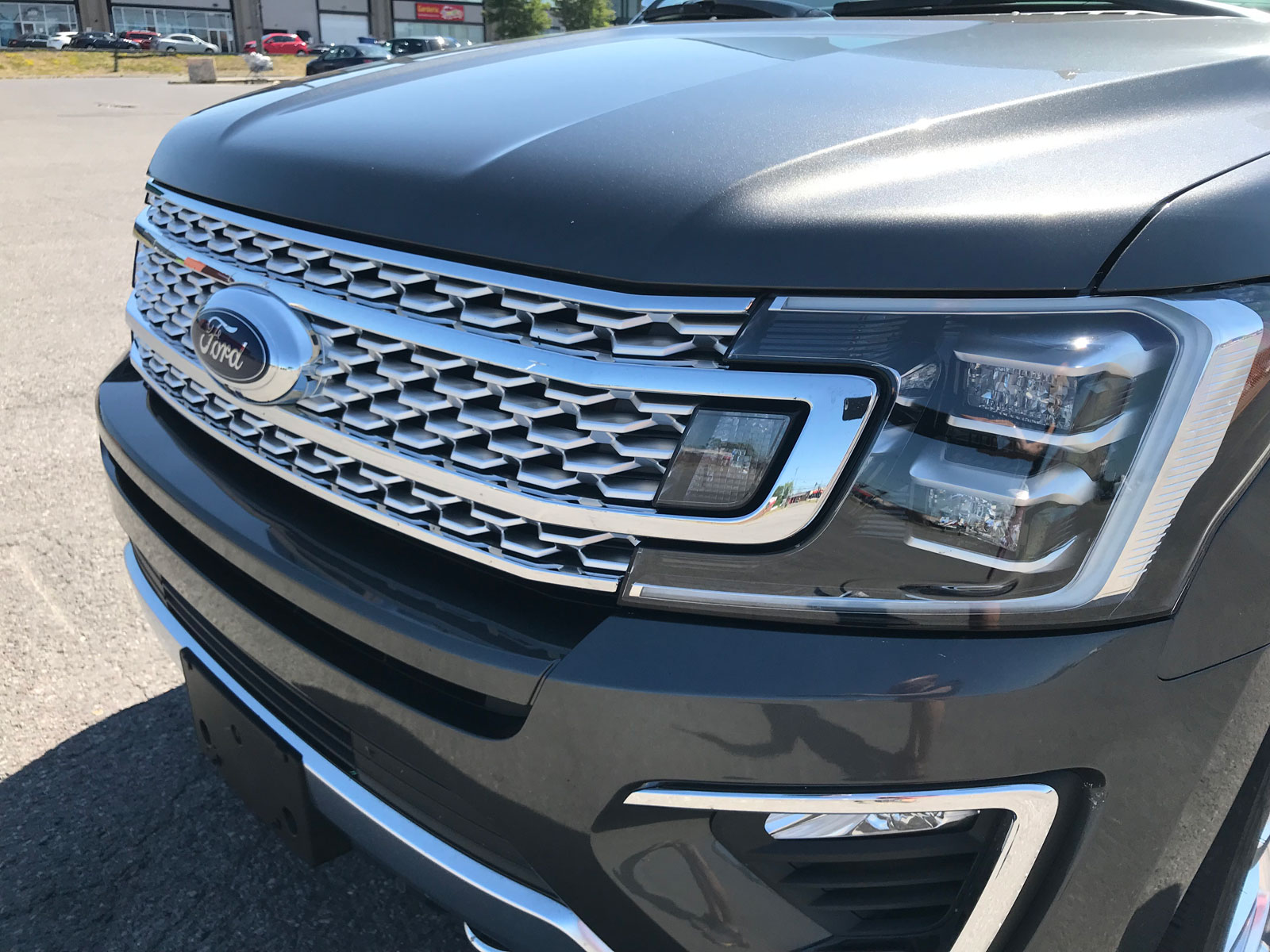 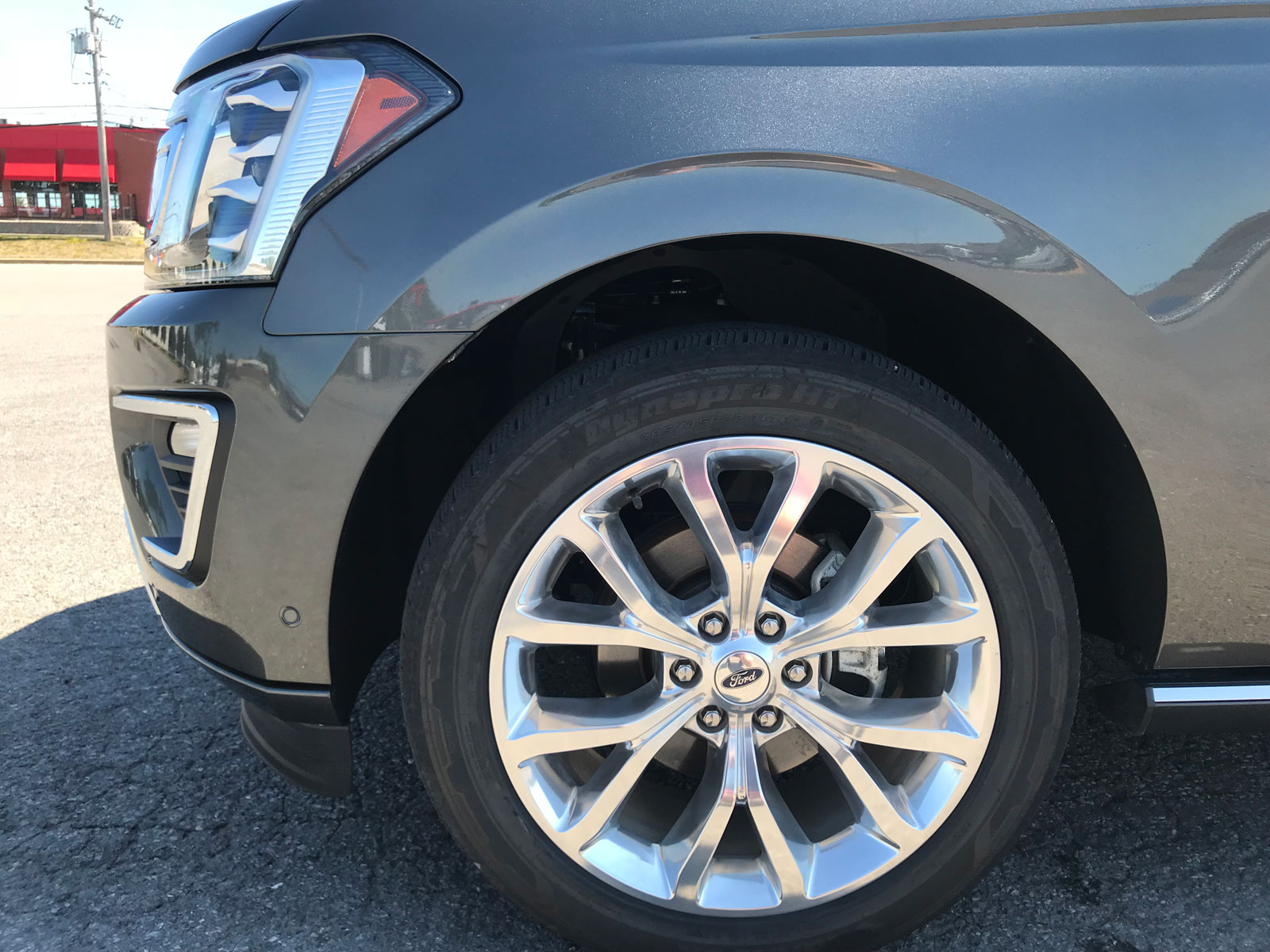 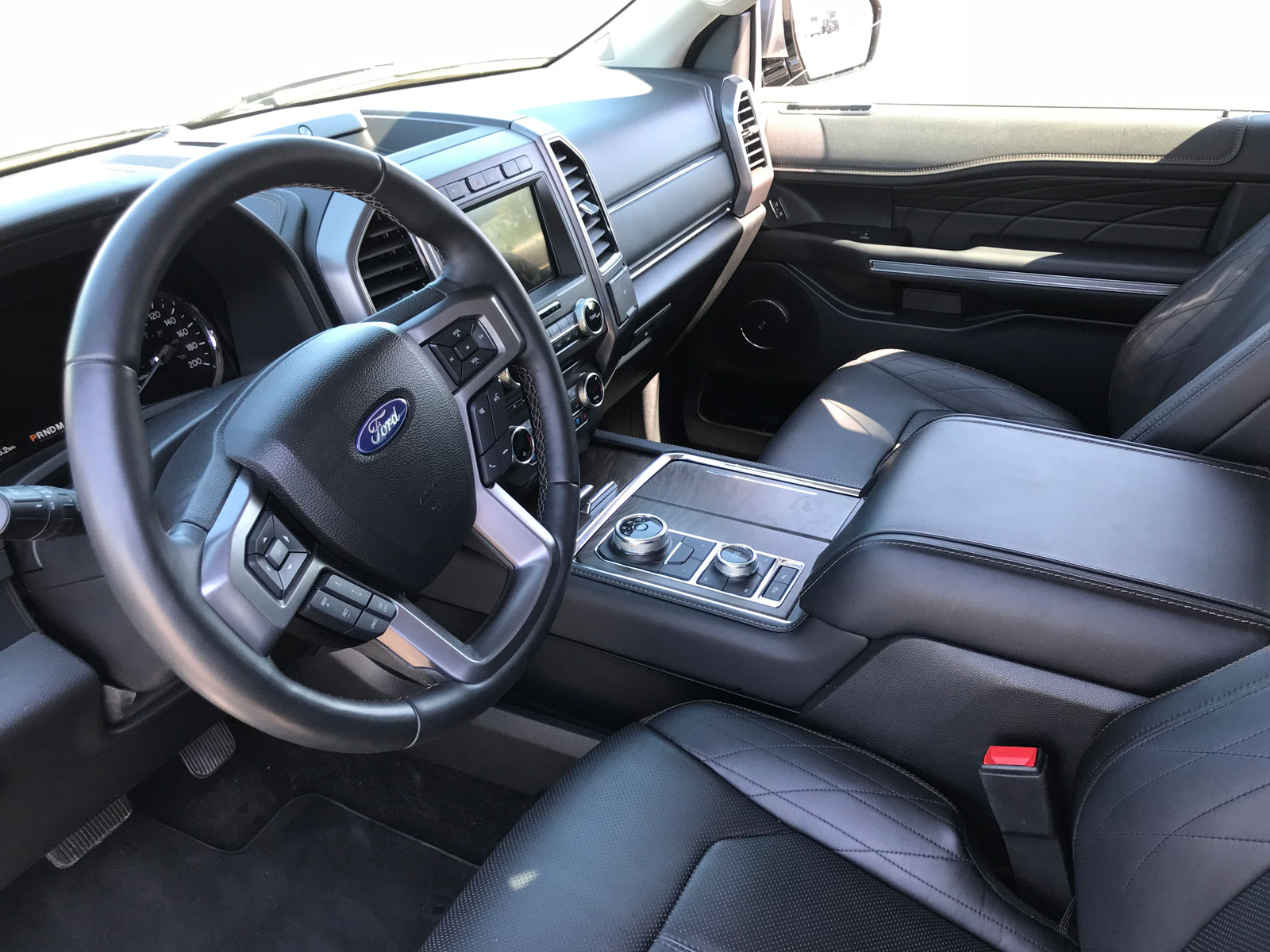 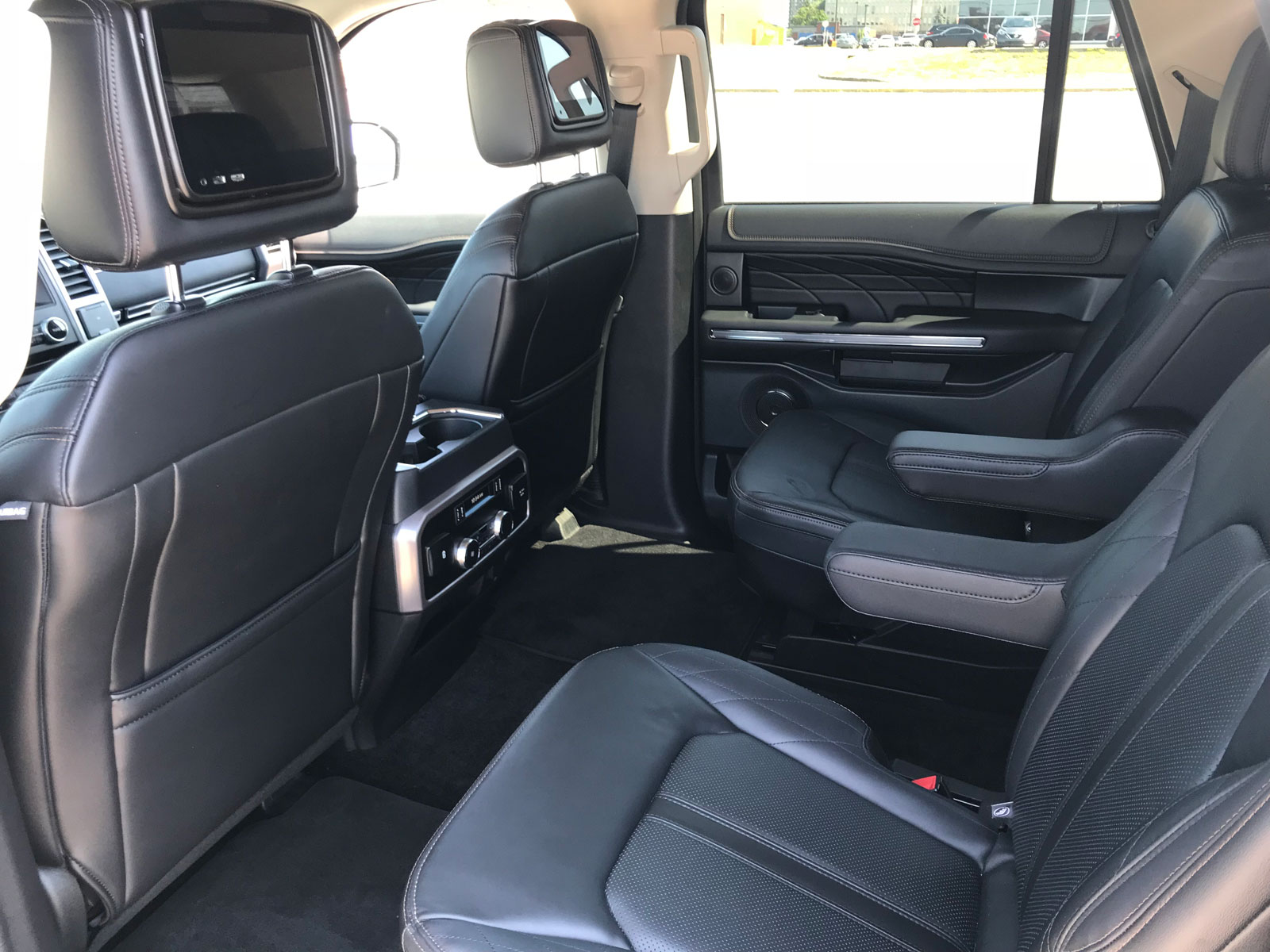 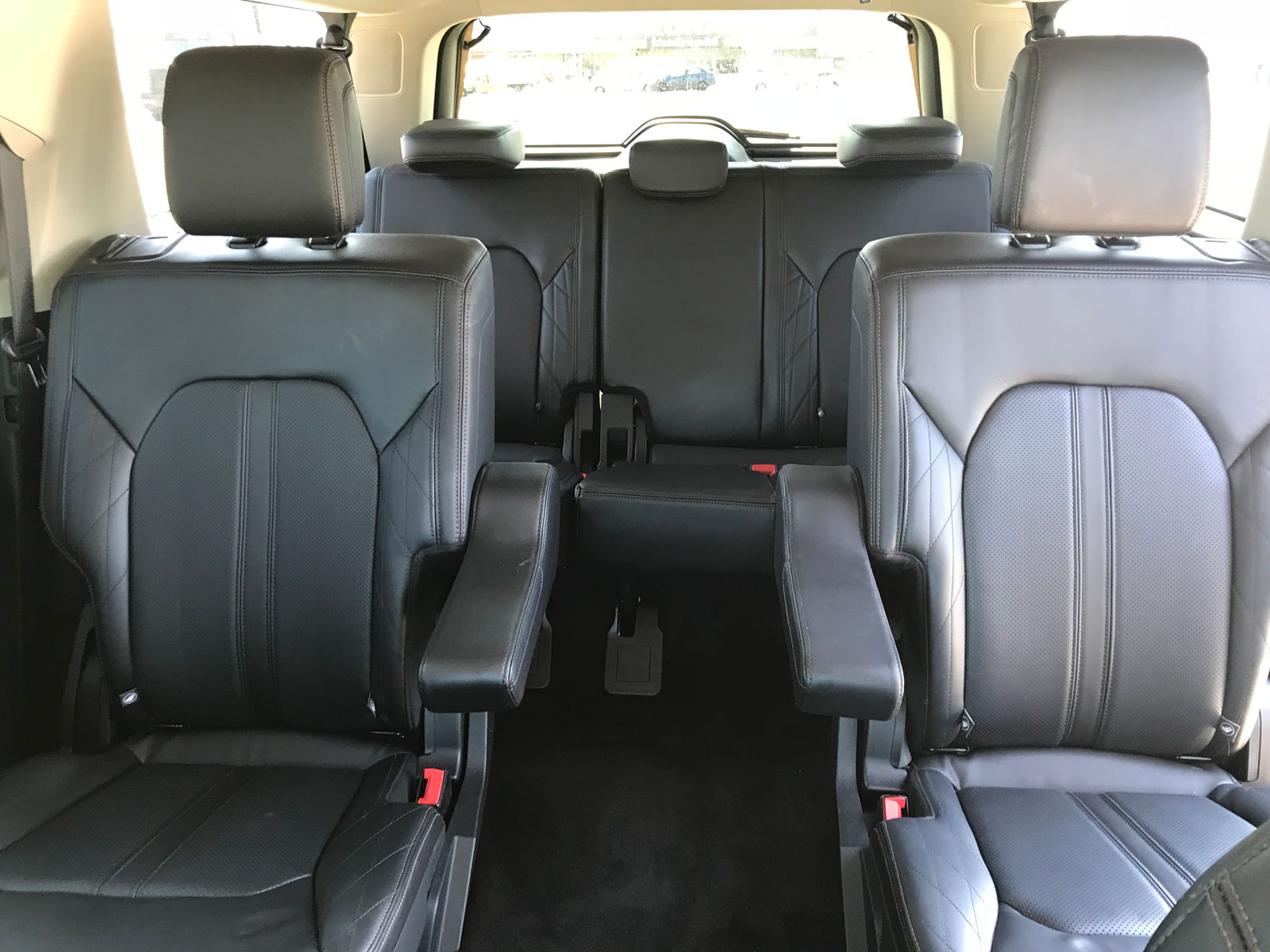 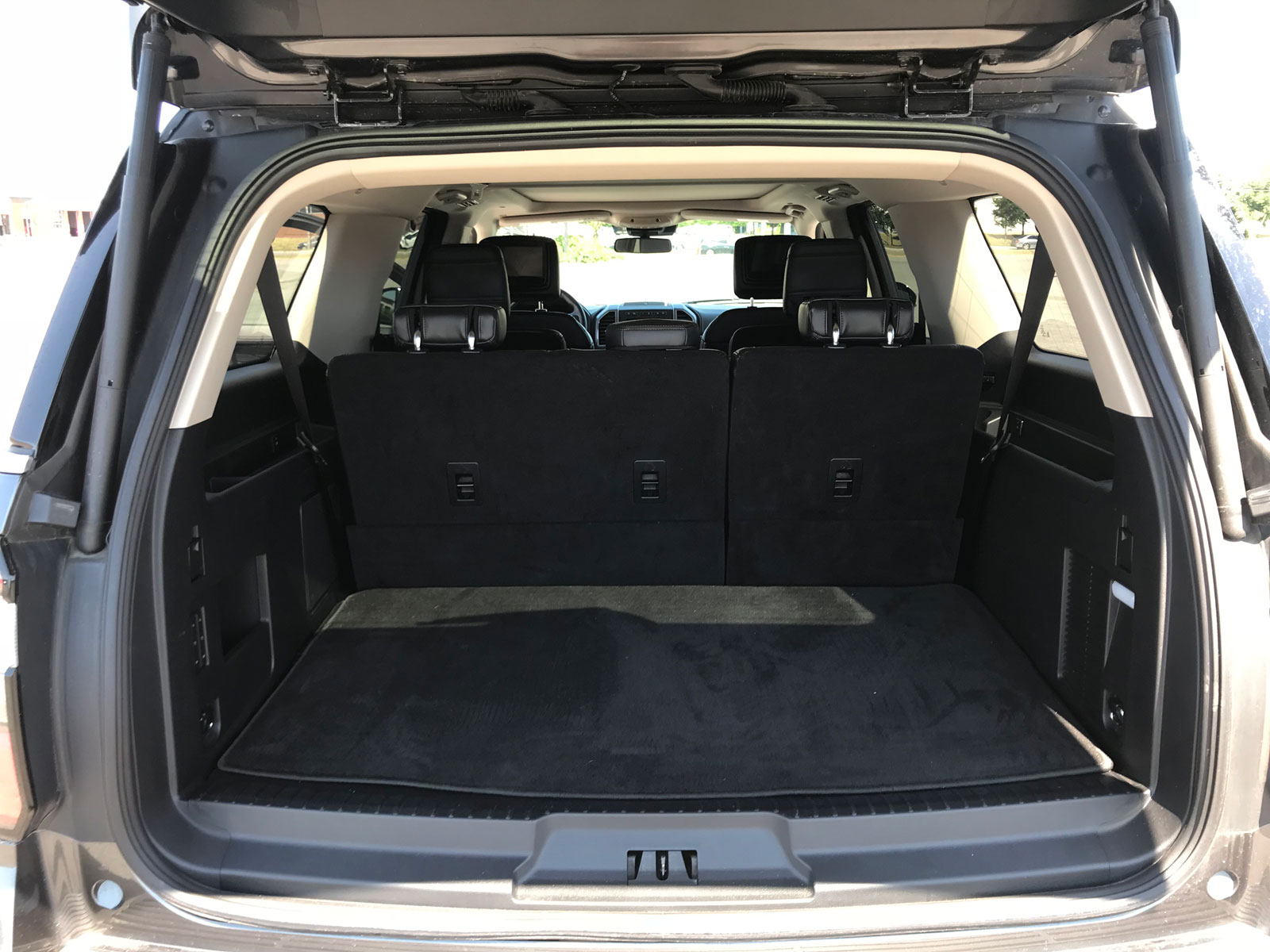 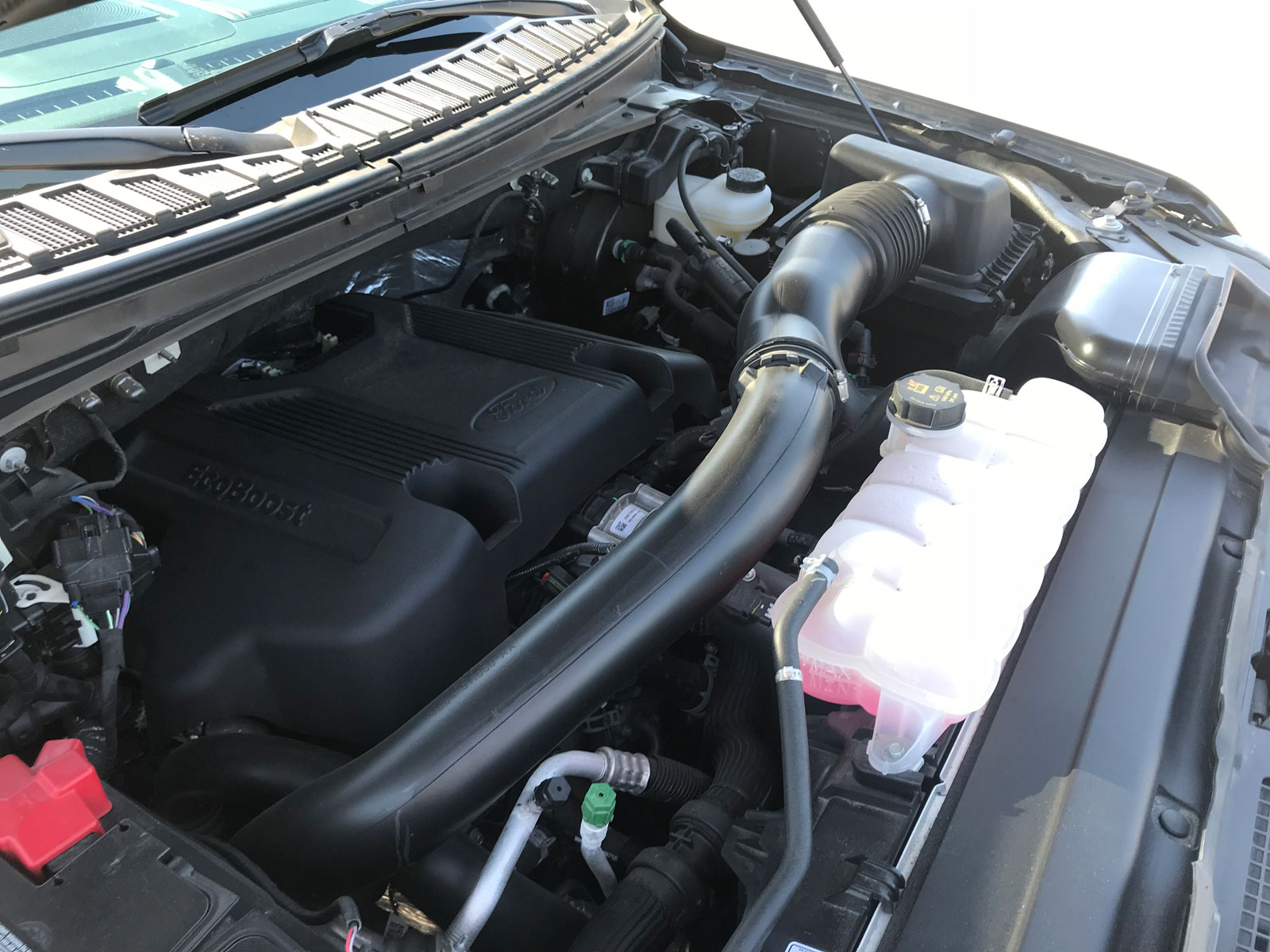 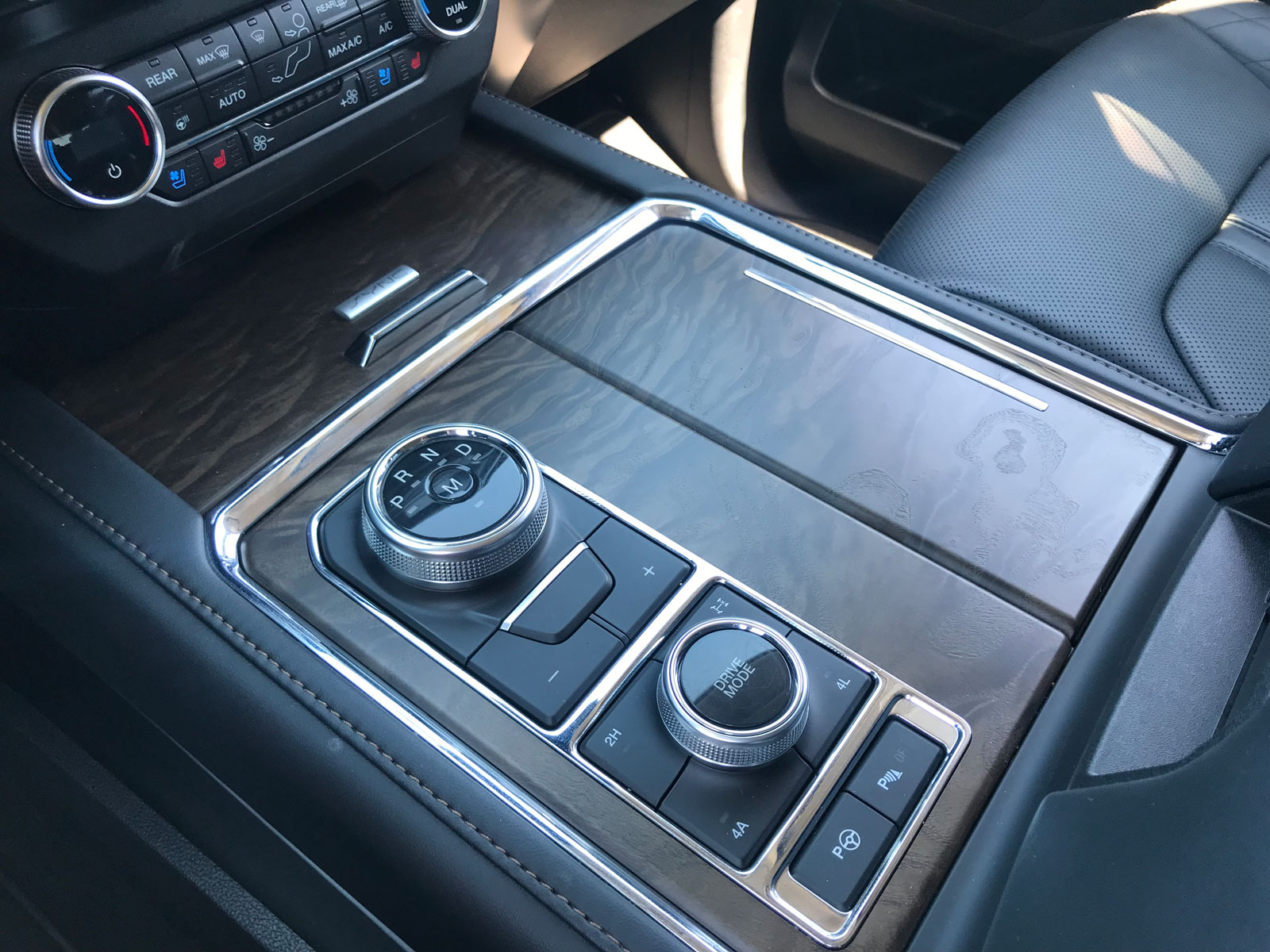 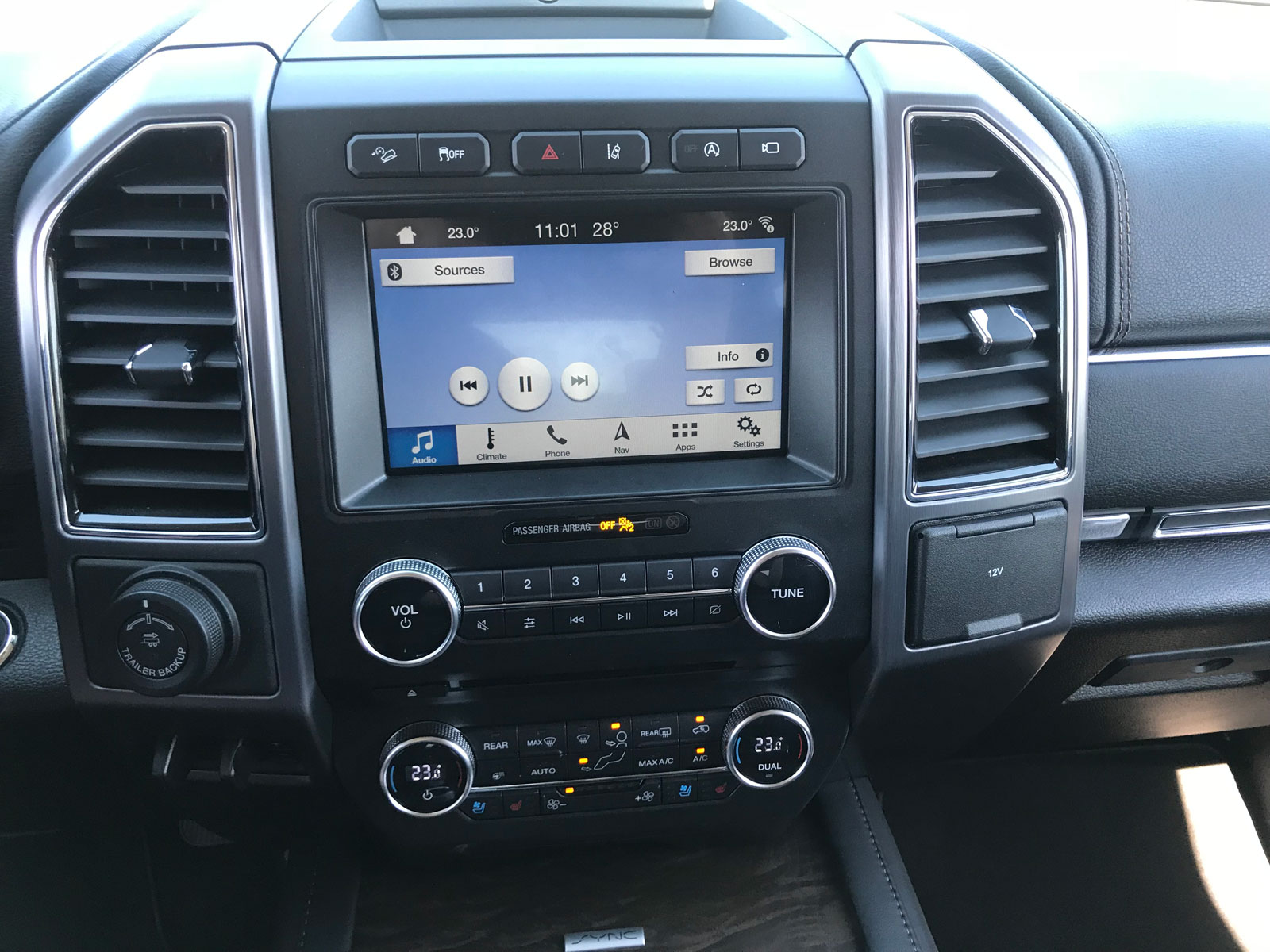