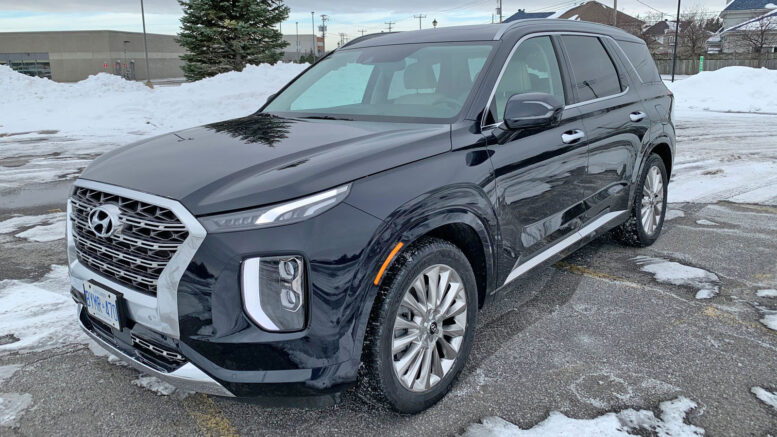 Hyundai’s SUV lineup it growing larger and larger with several new models recently introduced, including the Kona, Venue and Nexo on the smaller end and the Palisade on the larger end.

The Palisade is a full-size SUV with three rows and seating and plenty of space. The mid-size Santa Fe XL also has the option of three-rows but it’s a bit tight. Space is not an issue with the Palisade and is comparable to many minivans. It also goes up against other large SUVs such as the Ford Expedition, Chevy Tahoe and Nissan Armada for example. These vehicles compete in the growing non-luxury brand full-size segment though all of these trucks contain enough gadgets and high-end features that they could easily pass as luxury vehicles. Big SUVs tend to spoil their occupants with space, premium materials and all-around comfort.

The Palisade’s look is very unique with Hyundai’s new design language making its mark up front. A dominant, bold and wide cascading grille stands out. It’s composite headlamps and a vertically-connected forward lighting signature create a distinctive demeanor, with available LED headlights, LED daytime running lights and LED turn-signal mirrors. We saw something similar with the new Santa Fe and while you may get some awkward looks, it’s quite interesting as a design. The rear is fairly standard SUV-fare with vertical taillights.

Moving on to the interior, Hyundai has used high-quality leather seating and dash materials which provide a very luxurious feel. You could almost mistake this for a Genesis brand (Hyundai’s luxury counterpart). I’m not the biggest fan of the push-button gear selector but it got the job done. The massive center console could fit just about anything you need and it has a nifty cup holder that extends with the press of a button around the cup.

A button allows for one-touch operation of the middle seat for easy access into and out of the third-row seat. For more convenience, the third row offers power-folding/unfolding and reclining seats. Second-row captain’s chairs are also available with ventilated seating surfaces. Every Palisade seating row offers USB outlets for convenience for all passengers, for a total of seven available USB outlets.

There are a lot of nice features available such as heads-up display, Apple CarPlay, Android Auto wireless charging and the coolest one: an in-car intercom system. This system allows the driver to communicate separately with the second and/or third rows of the vehicle via the audio system in a conversation mode. The system also includes a sleep mode that allows the driver’s row to listen to their selected audio without that same audio being transmitted to the second- and third-row audio speakers, so that potentially sleeping passengers will not be disturbed. Hyundai’s infotainment system is intuitive and easy to use. 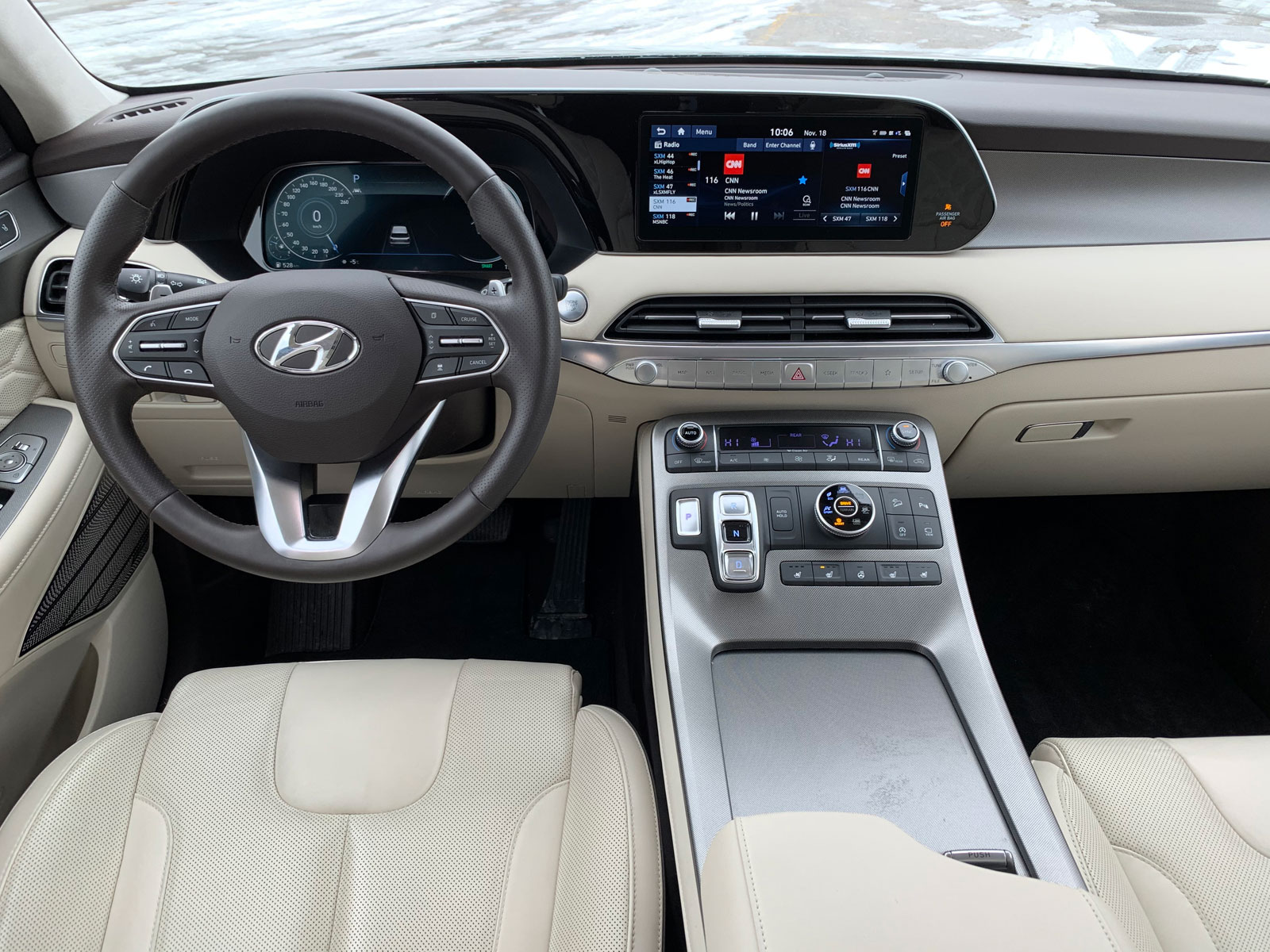 Every Palisade comes with a 3.8-litre V6 powerplant that produces 291 horsepower and 262 lb.-ft. of torque. It was enough to propel the SUV as much as I needed. Interestingly enough, the large SUV handled much more like a car than I expected. Cornering and braking were not at all hampered by its size. The highway ride was smooth and quiet.

The HTRAC AWD system was developed as a multi-mode system, providing an electronic, variable-torque-split clutch with active torque control between the front and rear axles. The driver-selectable HTRAC Normal, Sport and Smart modes help provide confident control in all weather conditions.

The Palisade is a huge bargain, starting at just $38,499 for the base model trim though it’s unlikely many base models will be sold. The Preferred trim costs $45,499 and adds all-wheel drive, drive mode select, manual shift mode, a bunch of safety features, CarPlay, Bluetooth, more USB ports, a backup camera, an 8” infotainment screen and more. The top of the line Luxury trim will set you back $50,199 and comes with Nappa leather, a surround view monitor, a 10.25” infotainment display and more.

The Palisade and its cousin the Kia Telluride should make waves in the large SUV market. They are less expensive than everything else, offer the same number of features and space and look darn good doing so. You don’t need to shell out all your money to transport a large family in comfort and style so I expect to see them around for a long time. 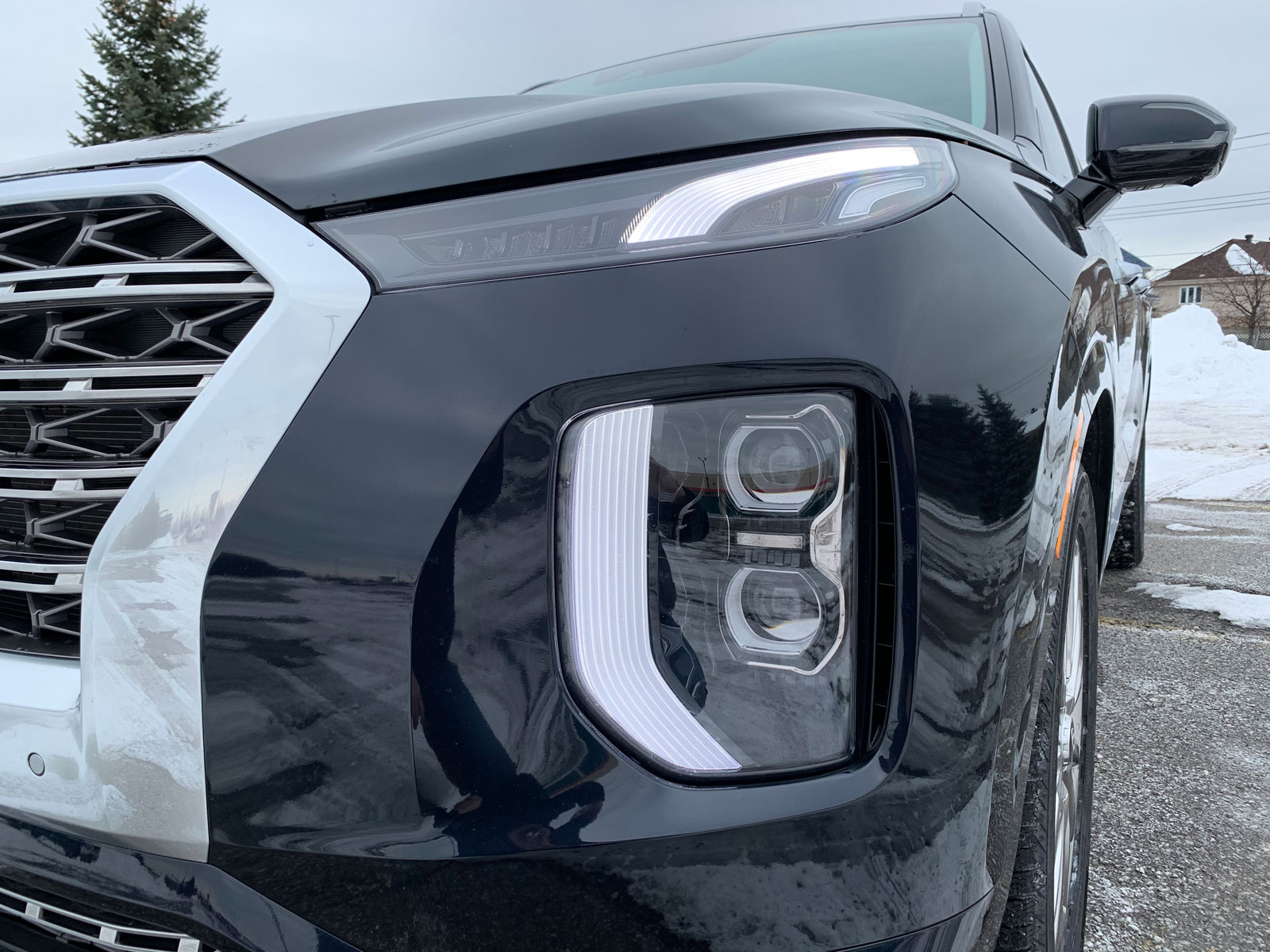 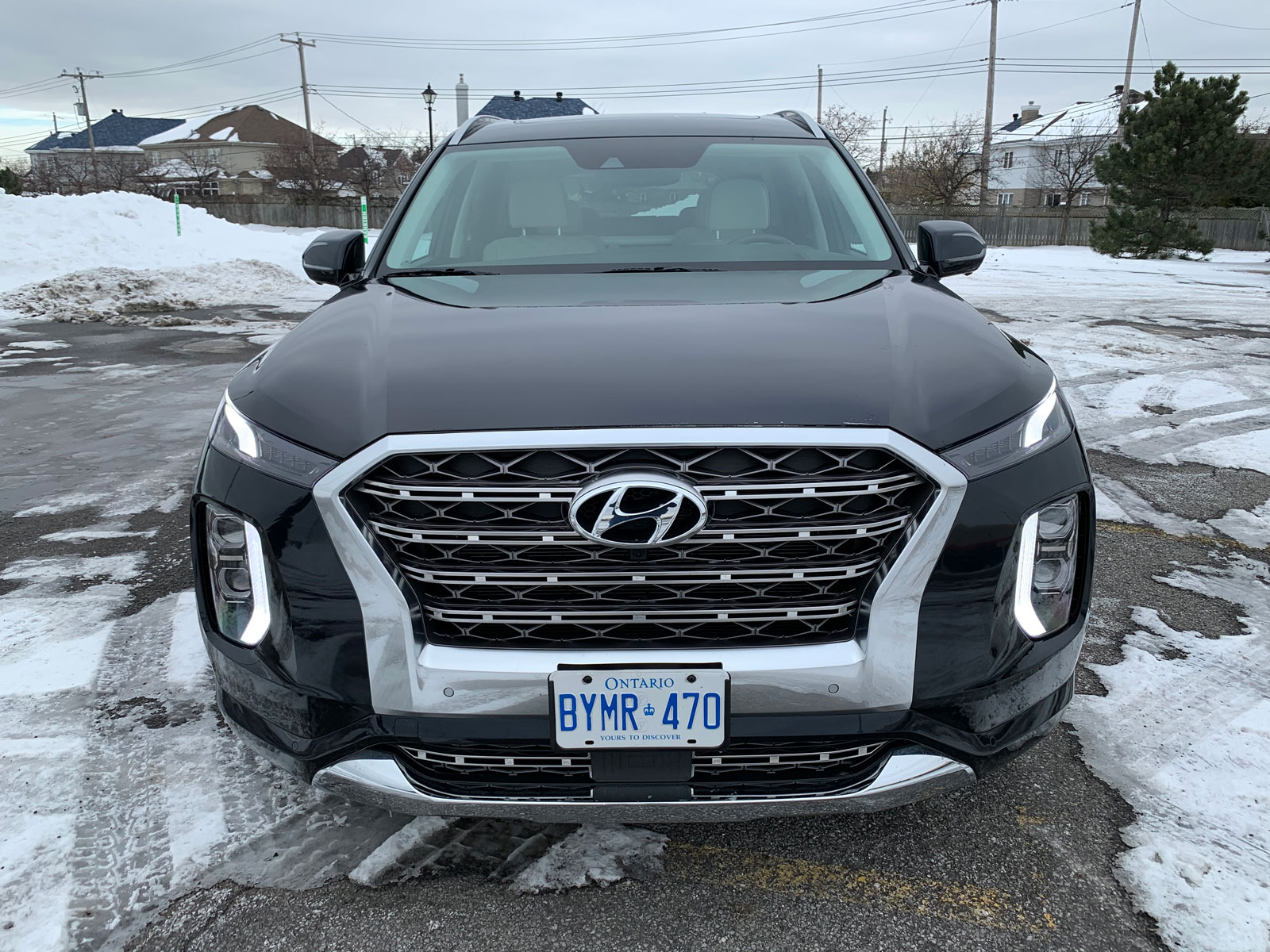 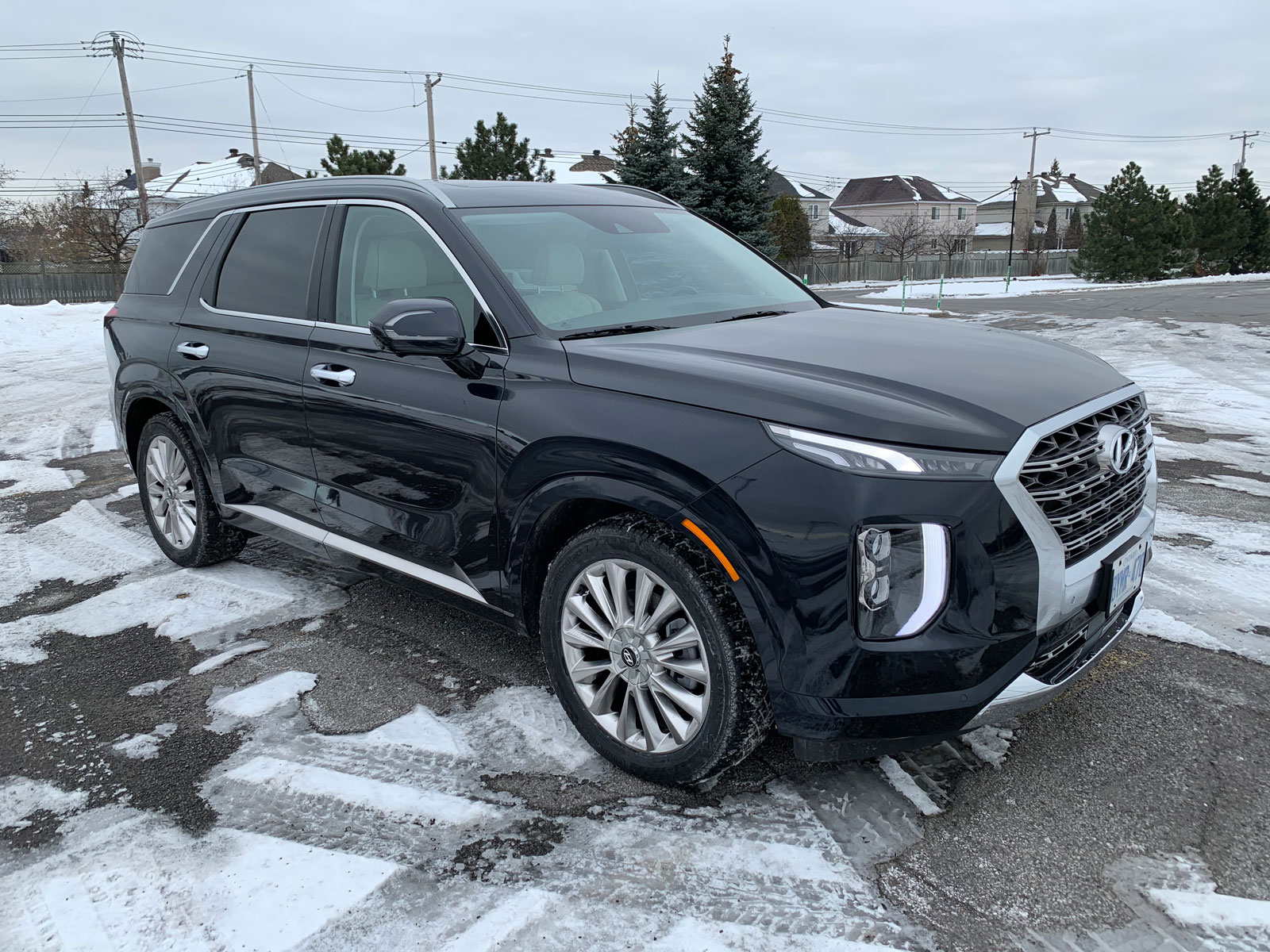 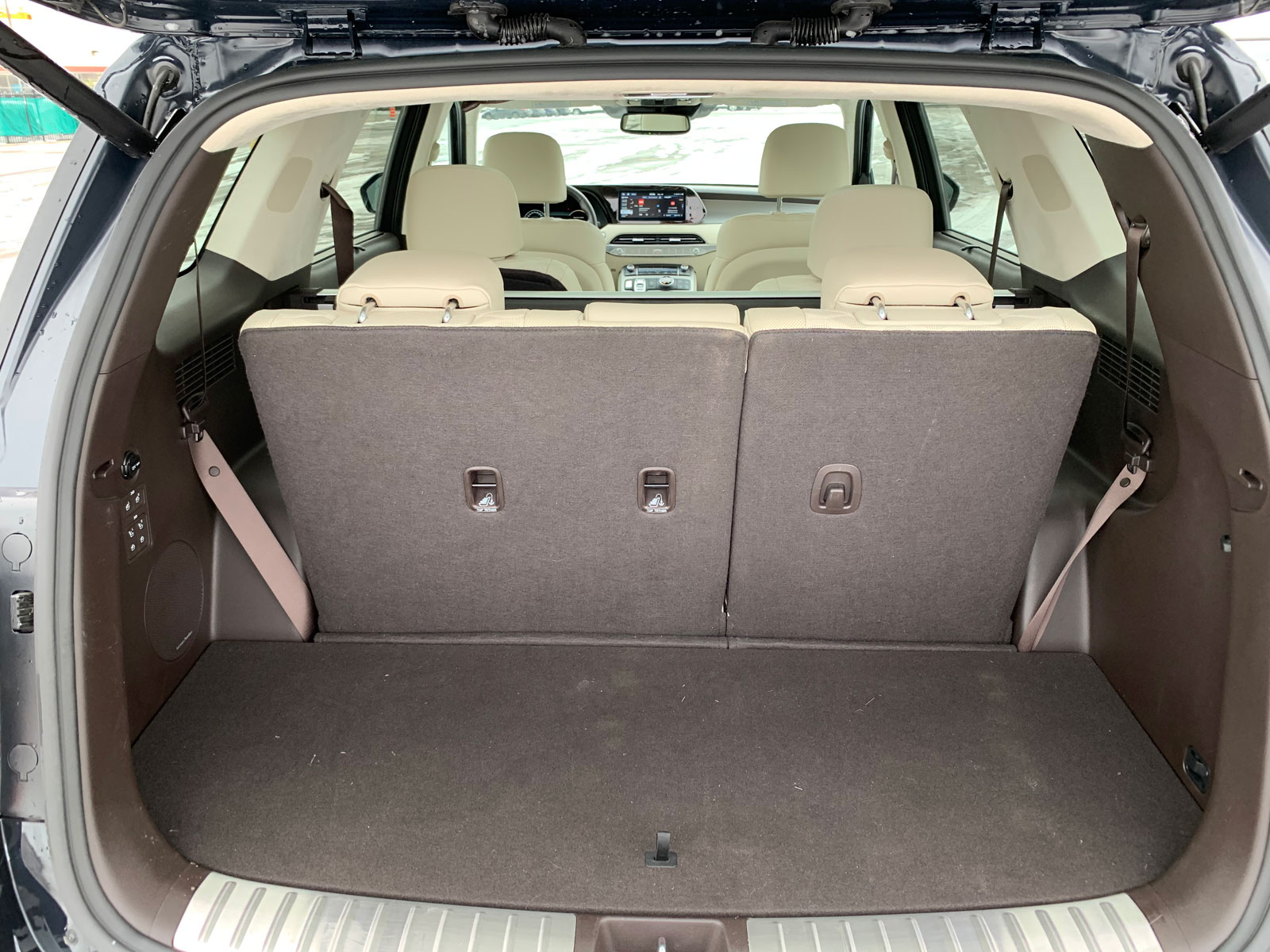 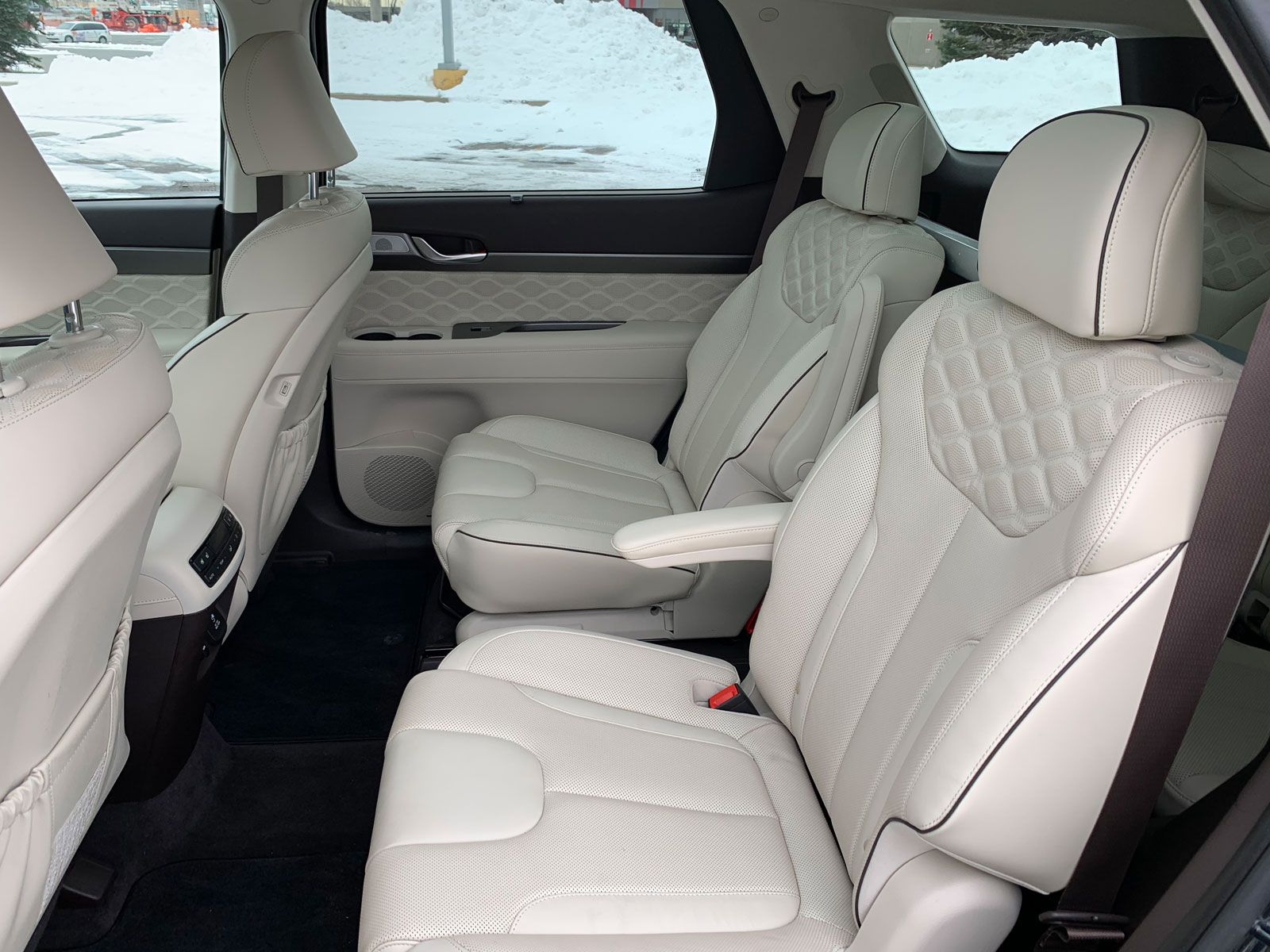 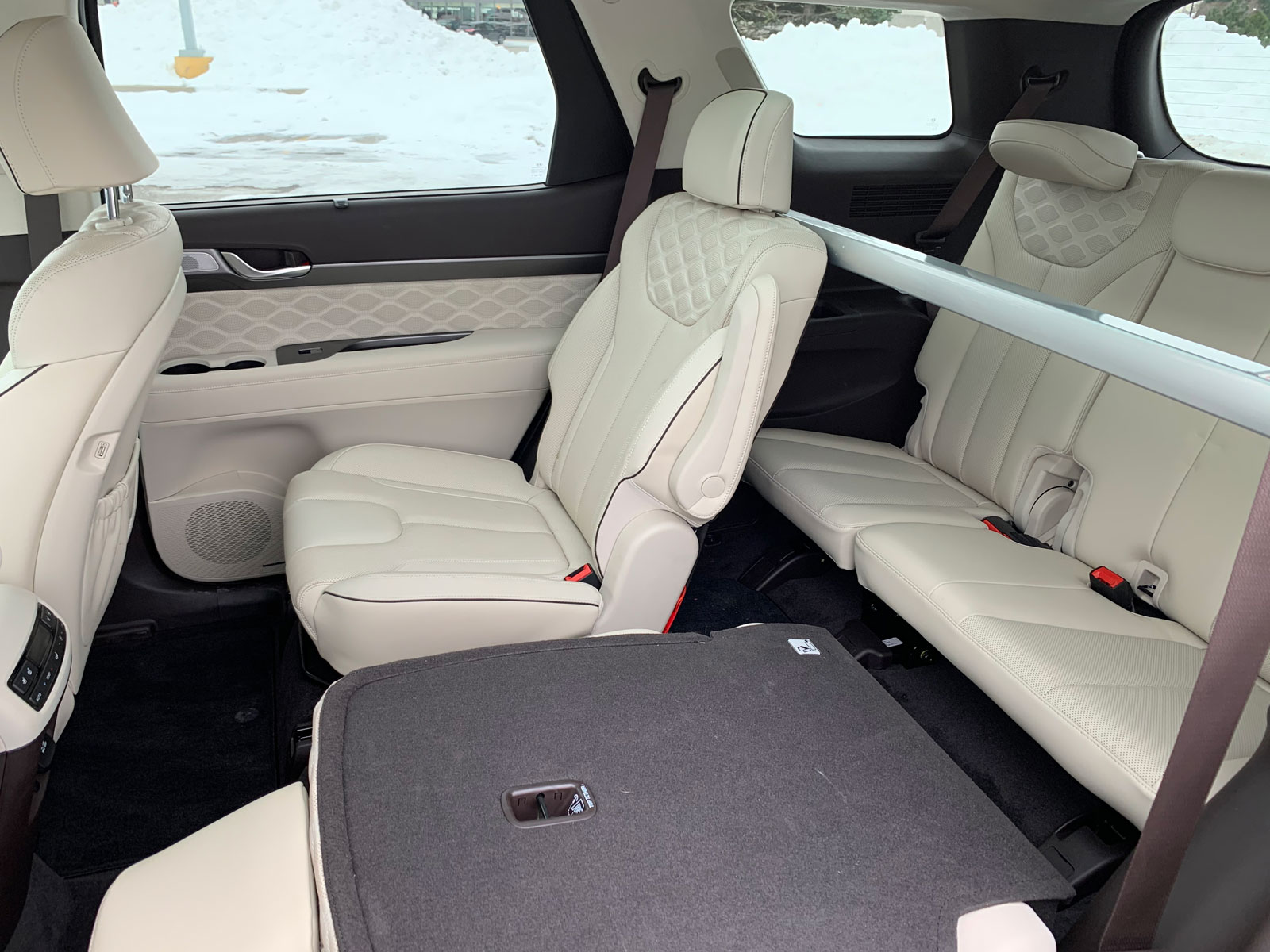 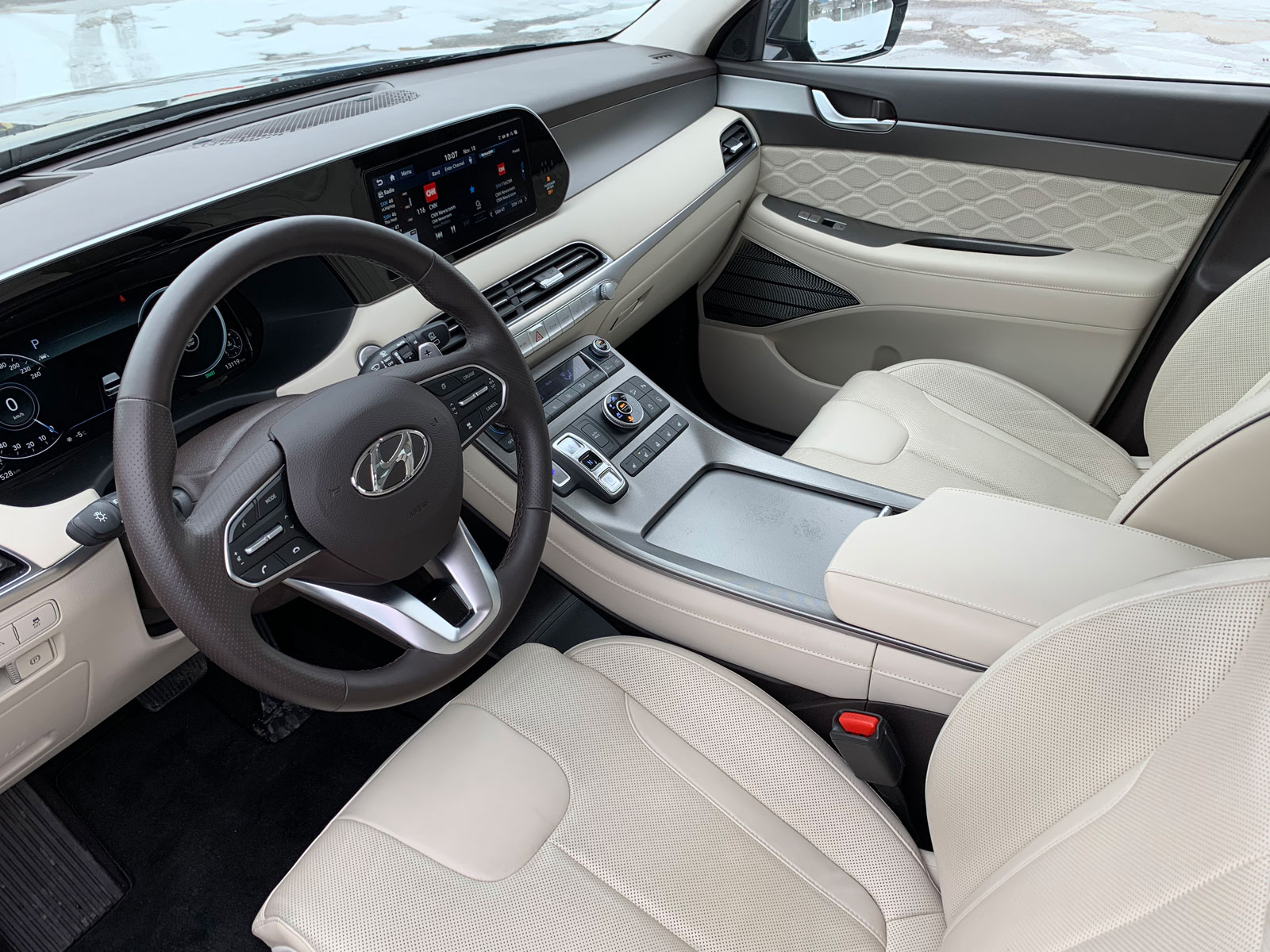