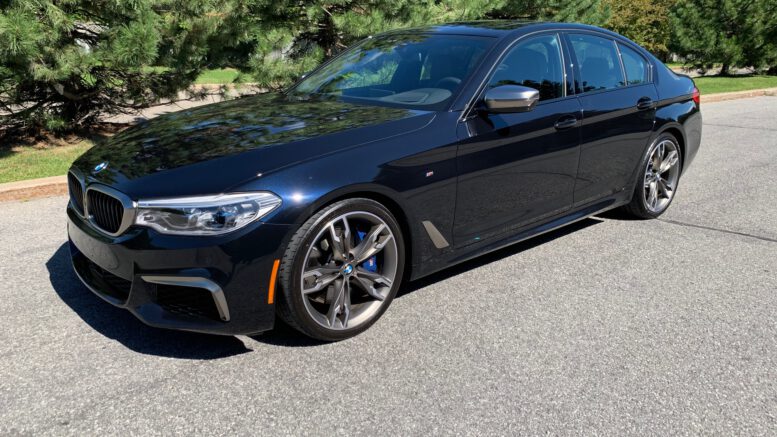 Capitalizing the popularity of the racing sub-division, the M550i is an offering that is halfway between the 540i and the powerhouse M5 but is not an official M car. I had to explain to several people that the BMW M550i that I was test driving for the week was not the more well-known M5.

The M badging will give away the M550i right away compared to, say, a 540i or 530i. I’m not a huge fan of the small M place on the side fenders. It looks slightly out of place as if someone bought a cheap badge and stuck it on. 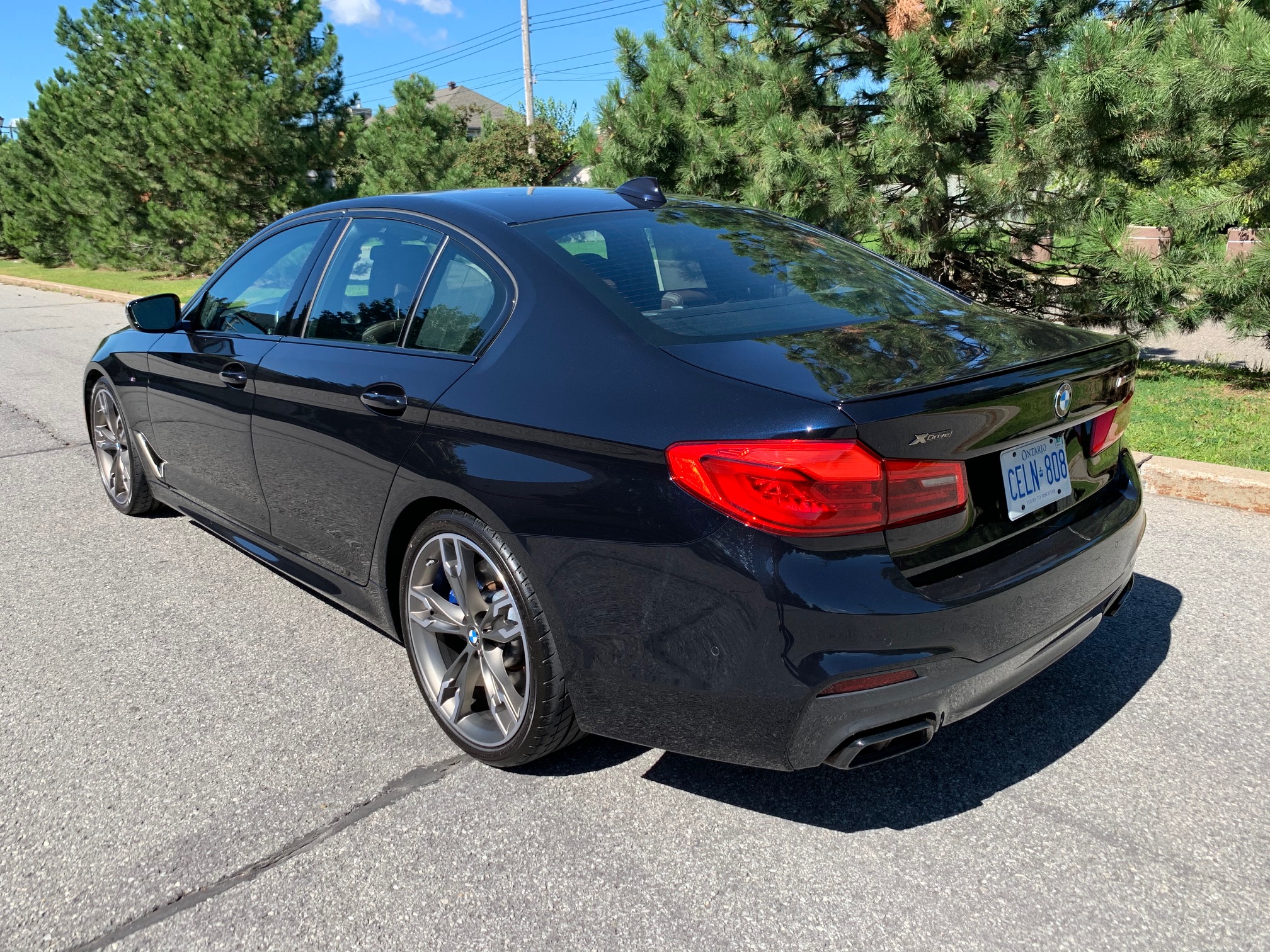 That being said, with an astounding 4.4-litre twin-turbo V8 powering the luxury sedan to the tune of 523 horsepower and 553 lb-ft of torque in an all-wheel drive configuration it’s safe to say you can tackle just about any challenge in any weather condition. Since this is the last year before the 5 Series is refreshed for 2021, BMW upped the power output by 70 horsepower and 74 lb-ft of torque compared to last year. That’s a helluva amount of extra power from one year to the next and boy does it make a difference.

The growl of the engine is a sweet sound that begs to be abused but one has to be extremely careful because this is one of those vehicles that needs race track to be fully explored to its potential. The M550i is actually faster than the previous generation F10 M5, running 0-100km/h in roughly 4 seconds and the ¼ mile in the low 12-second range according to some BMW enthusiast sites.

I’ve read much to do about the 5 Series’ lack of steering feel but I don’t buy it. The steering input is regulated via an electronic controller depending on speed. In normal drive mode its fine but switch into Sport Plus mode and the thing tightens up like you wouldn’t believe and delivers an experience worthy of any track car.  Those driving modes can also make the overall driving sensation feel as tame as a sheep or as loud and obnoxious as a bull. 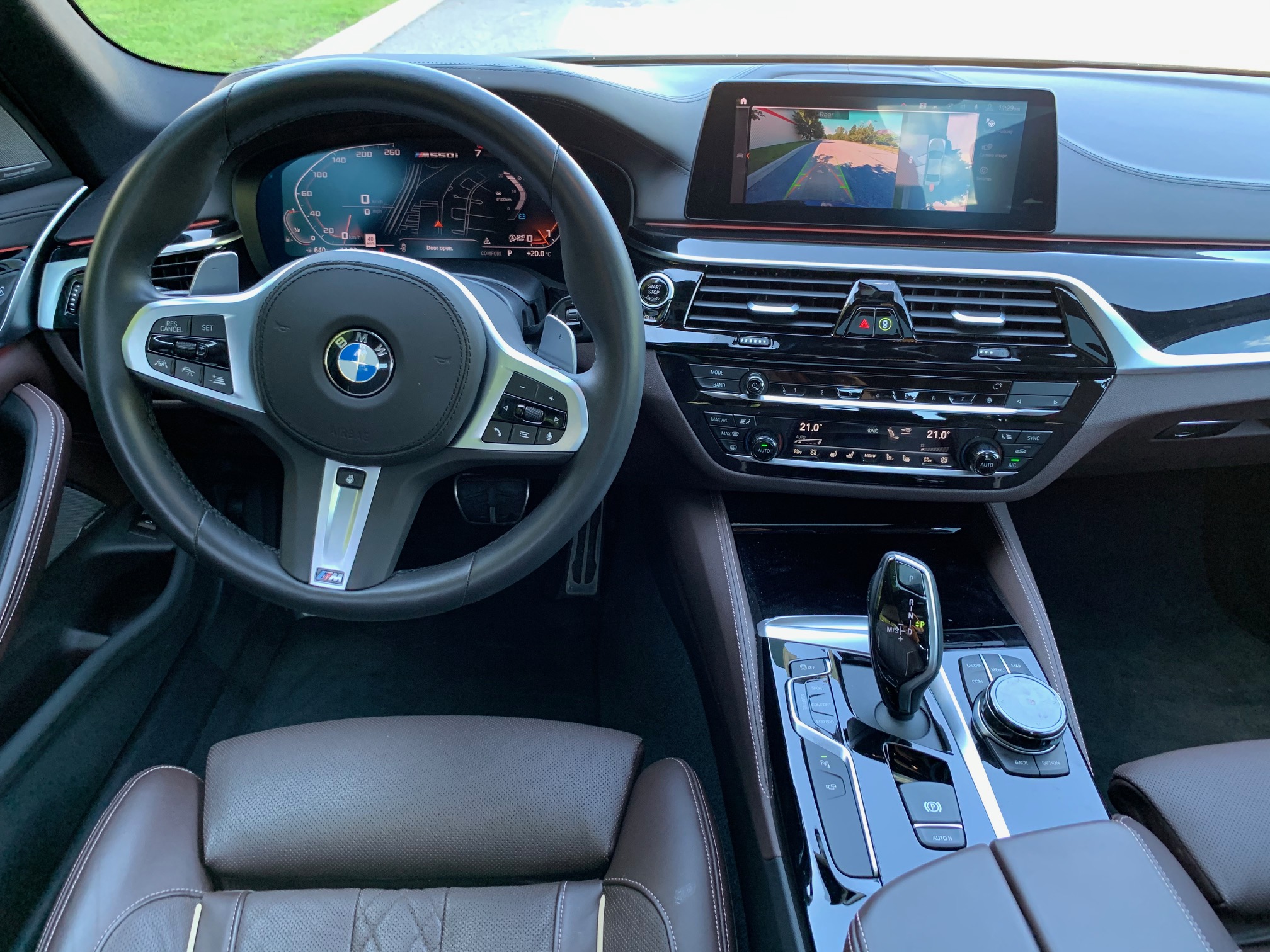 Aside from the badging the M550 differentiates itself visually with its rear spoiler, gray finishing on the grille, and lower bumper, M550-specific 20-inch rims, M-Sport exhaust, M550i door sills, gloss black around the windows and a suspension drop of 1 cm (which honestly is not visually distinguishable to the naked eye).

The 5 Series interior is functional and comfortable but perhaps not as visually appealing as some of the competition. The M-Sport Steering wheel is by far my favorite thing but there are a few shortcomings such as the infotainment system’s array of numerous menus, the odd electronic gear shift and the tiny start button which is hidden behind the wheel that you have to lean to the side in order to see.

The seats are wonderous things to sit in and envelop the body is pure bliss. This tester came equipped with the $12,550 premium package which includes a massage function for the driver and passenger. It takes a bit of getting used to experiencing while driving but once you start using it, it’s hard to go without it.

The M550i really delivers an incredible package of performance and luxury that is difficult to beat (except for maybe the M5 obviously). Starting at $86,650, the test vehicle was fully equipped with the Premium Excellence Package, for a total MSRP of $101,050. A base 5 Series starts at $66,498.

The 2020 M5 sits on top of its throne for about $20,000 more than the starting price of the M550i. It’s a lot of coin but if you want the real deal you need to pay to play. If you want the M badge with performance better than the last generation M5 with an additional $20K in your pocket then the M550i will fit the bill. 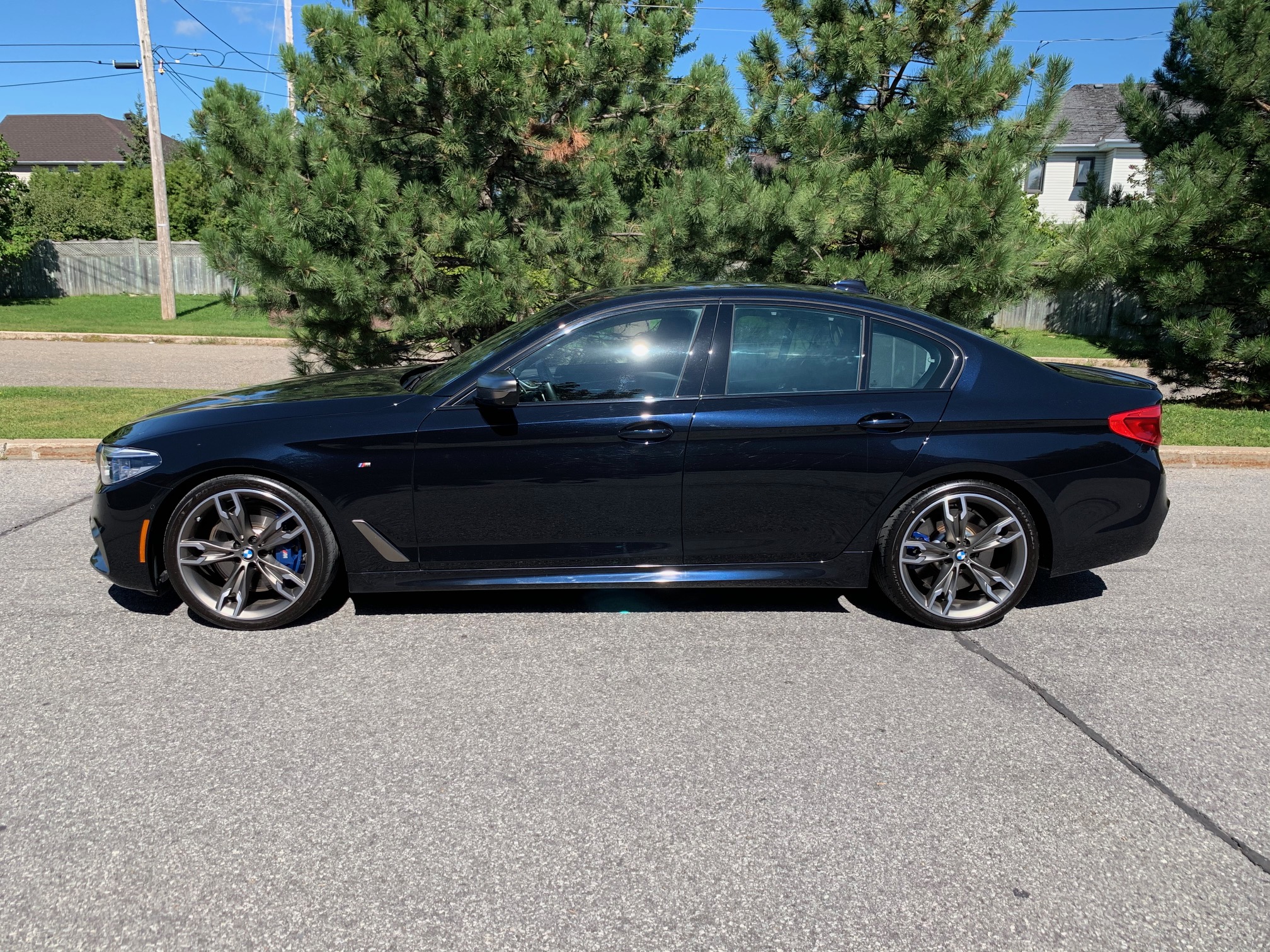 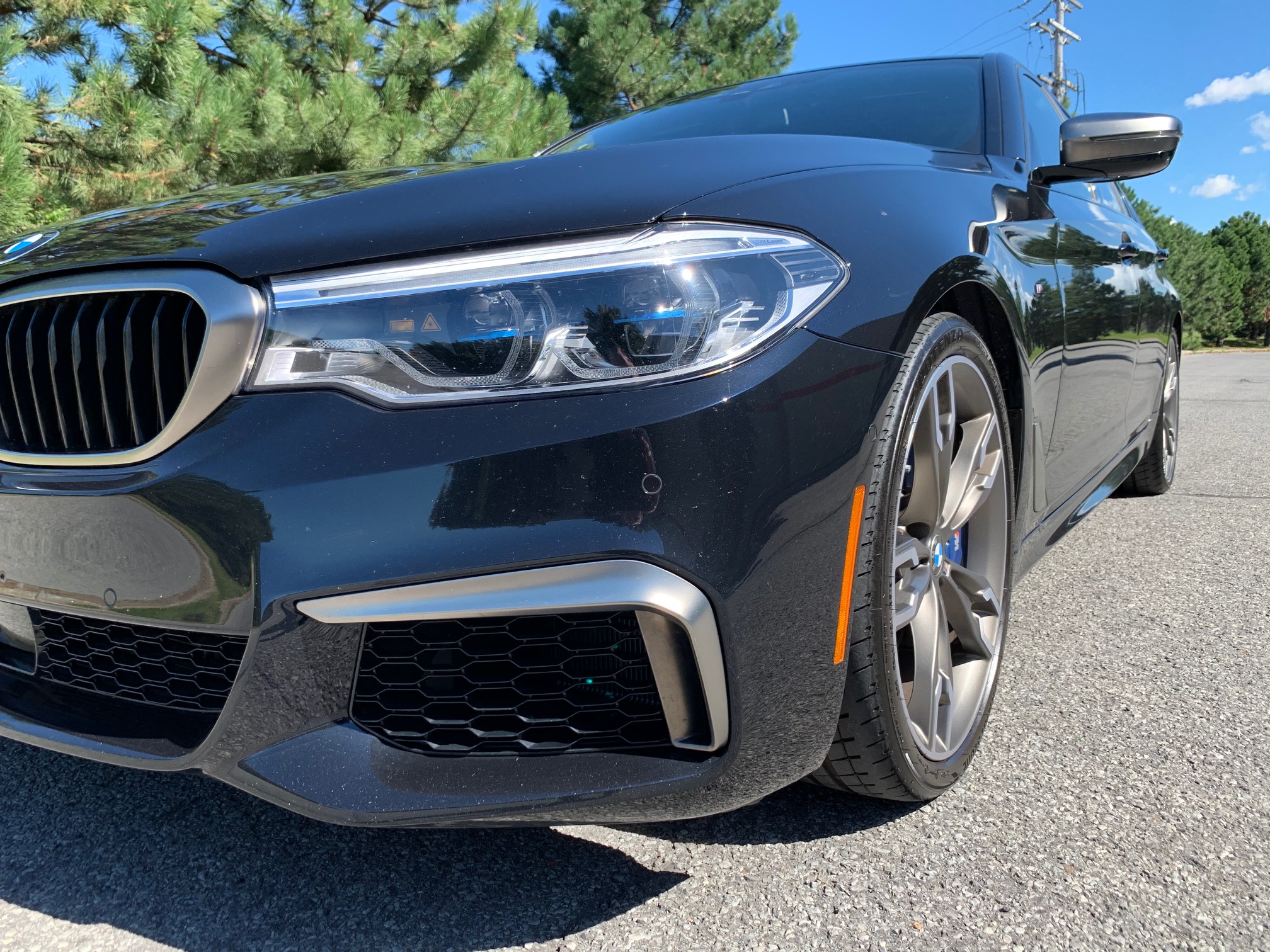 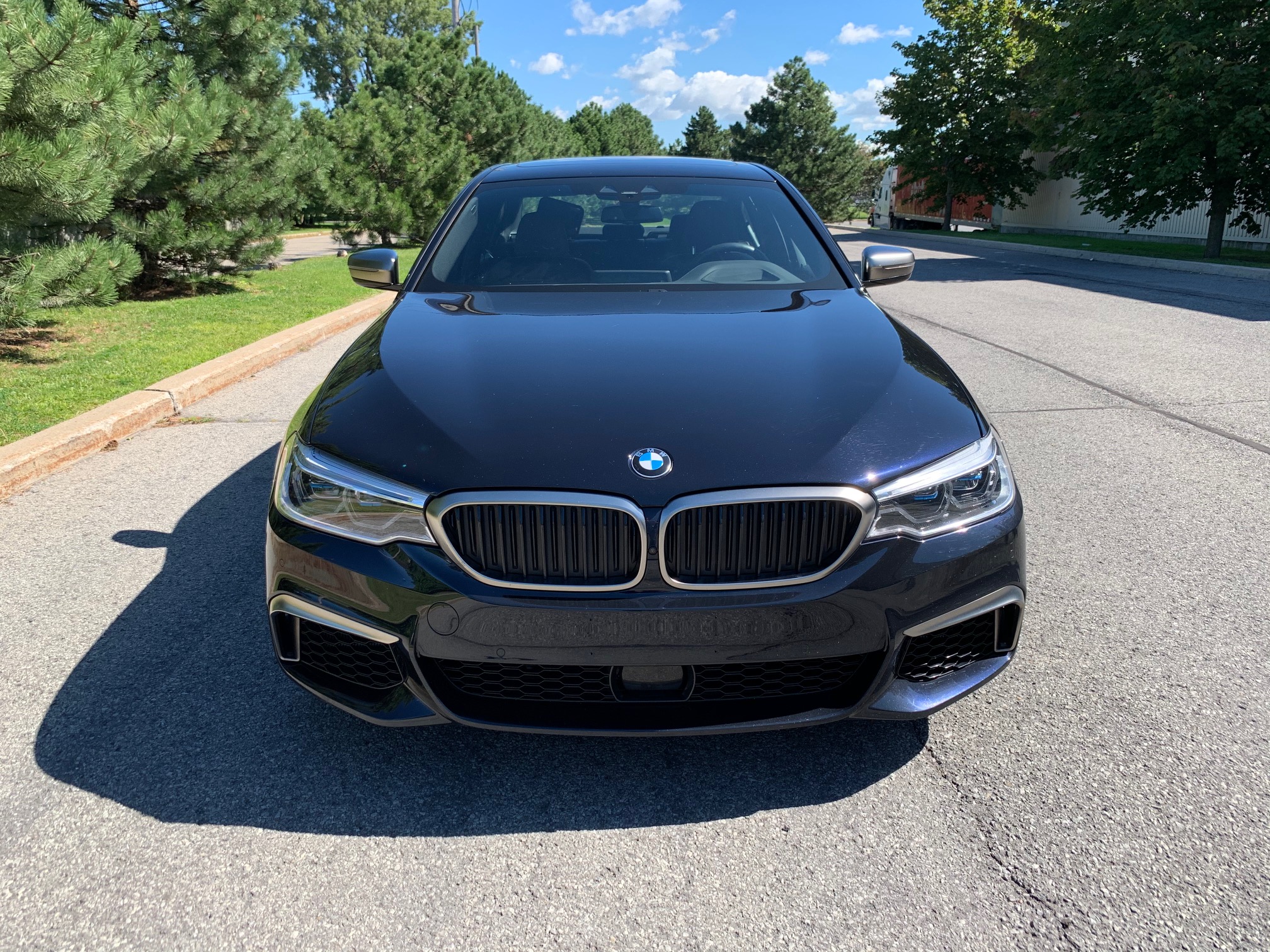 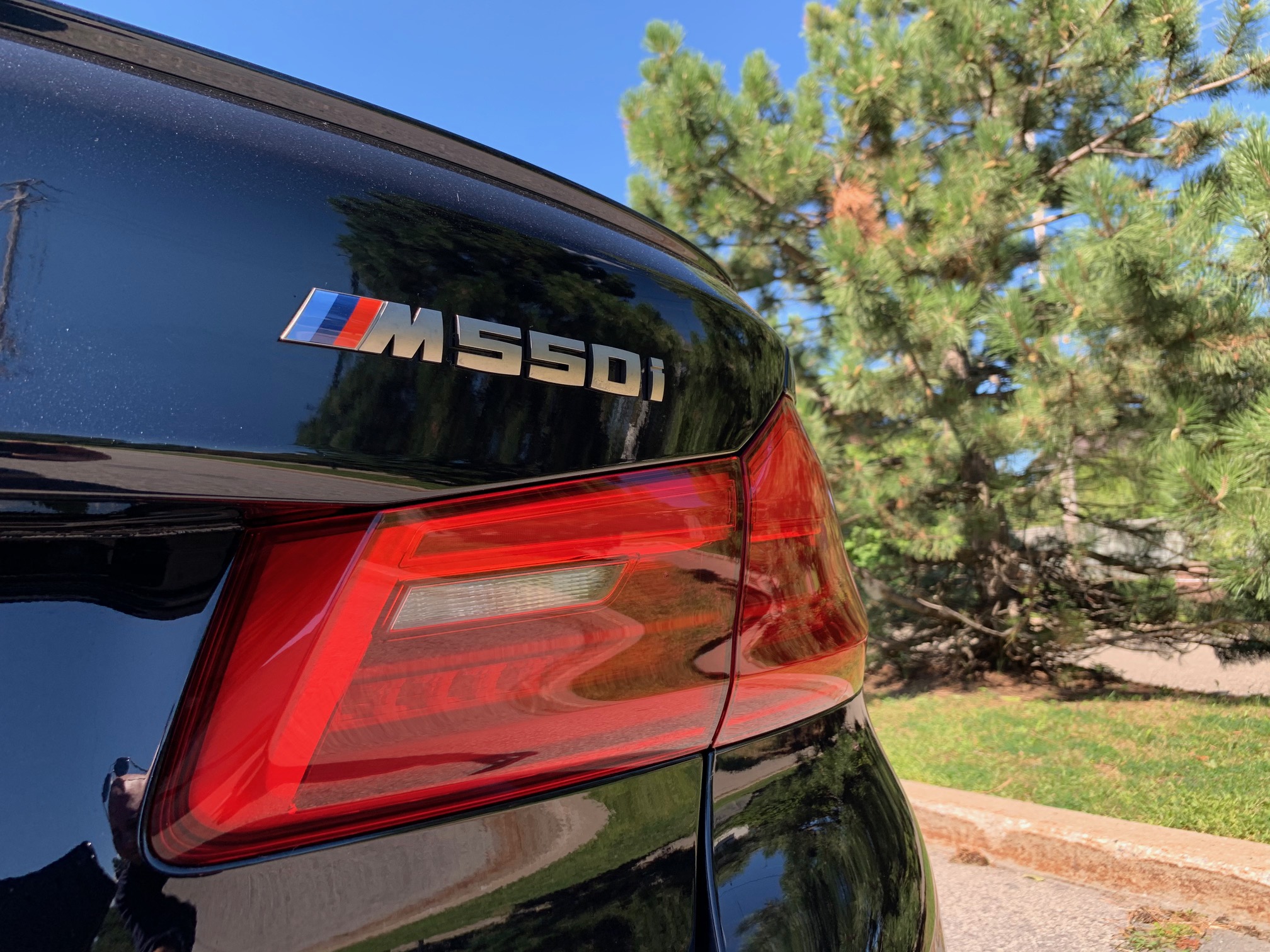 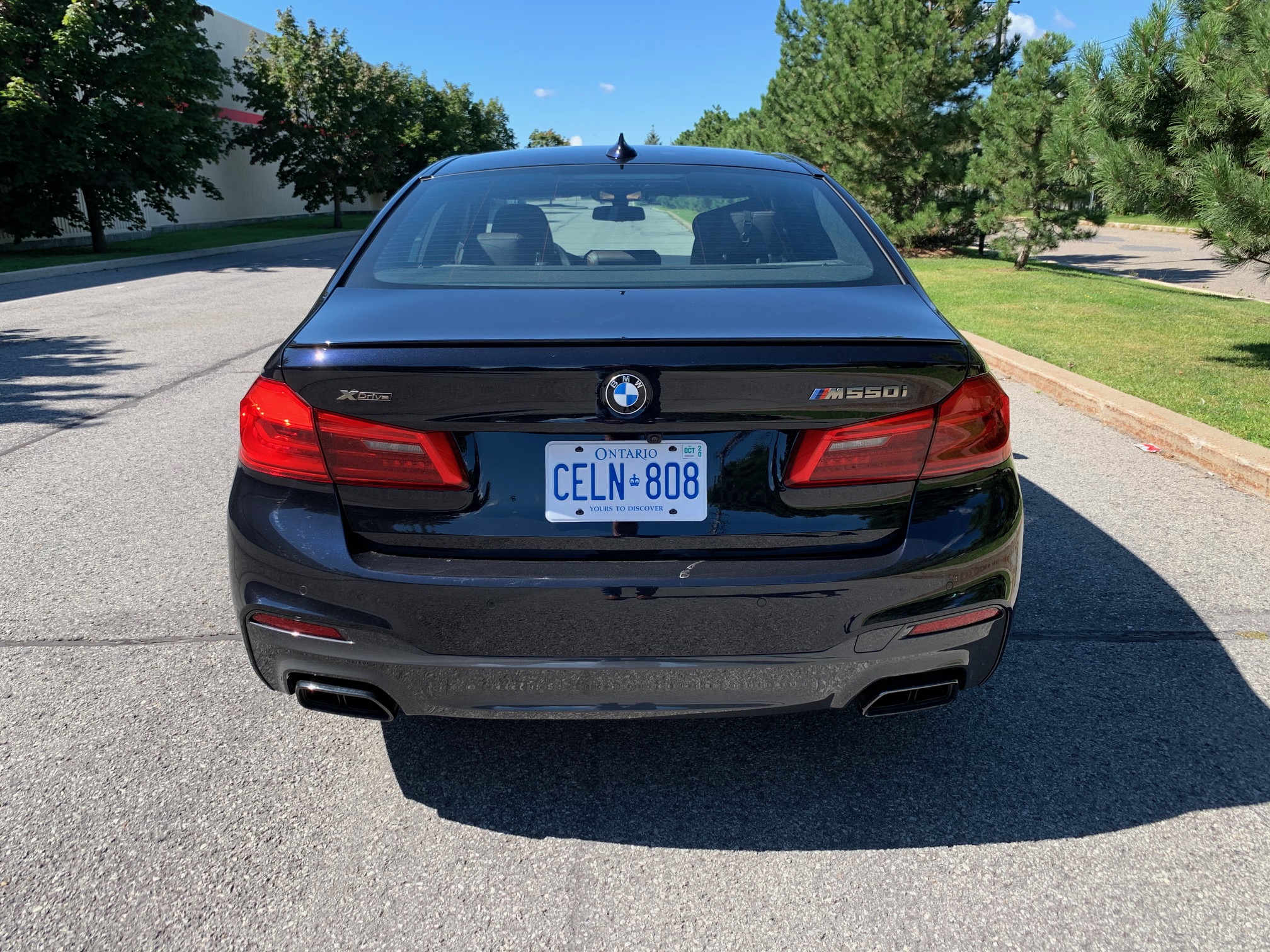 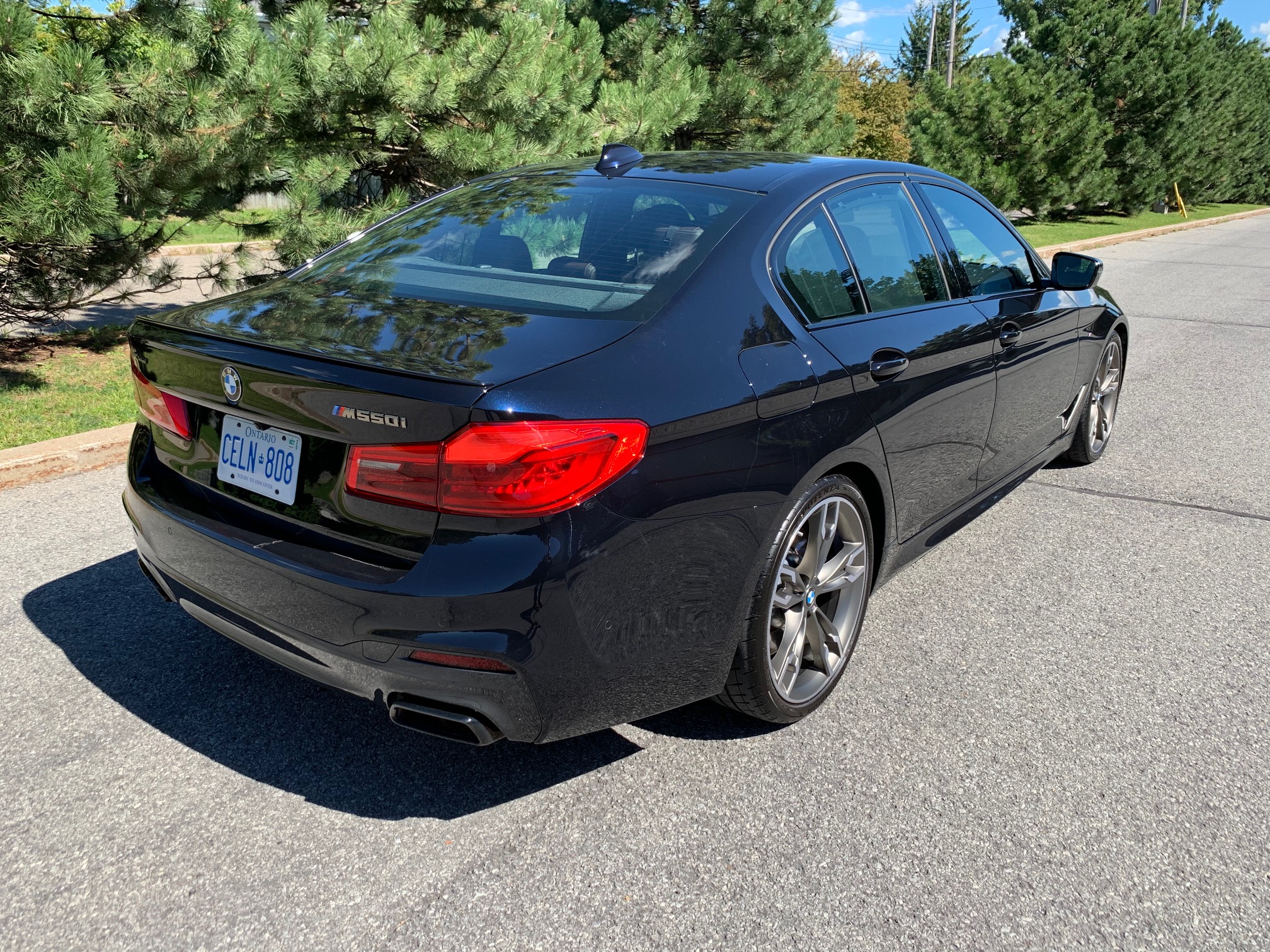 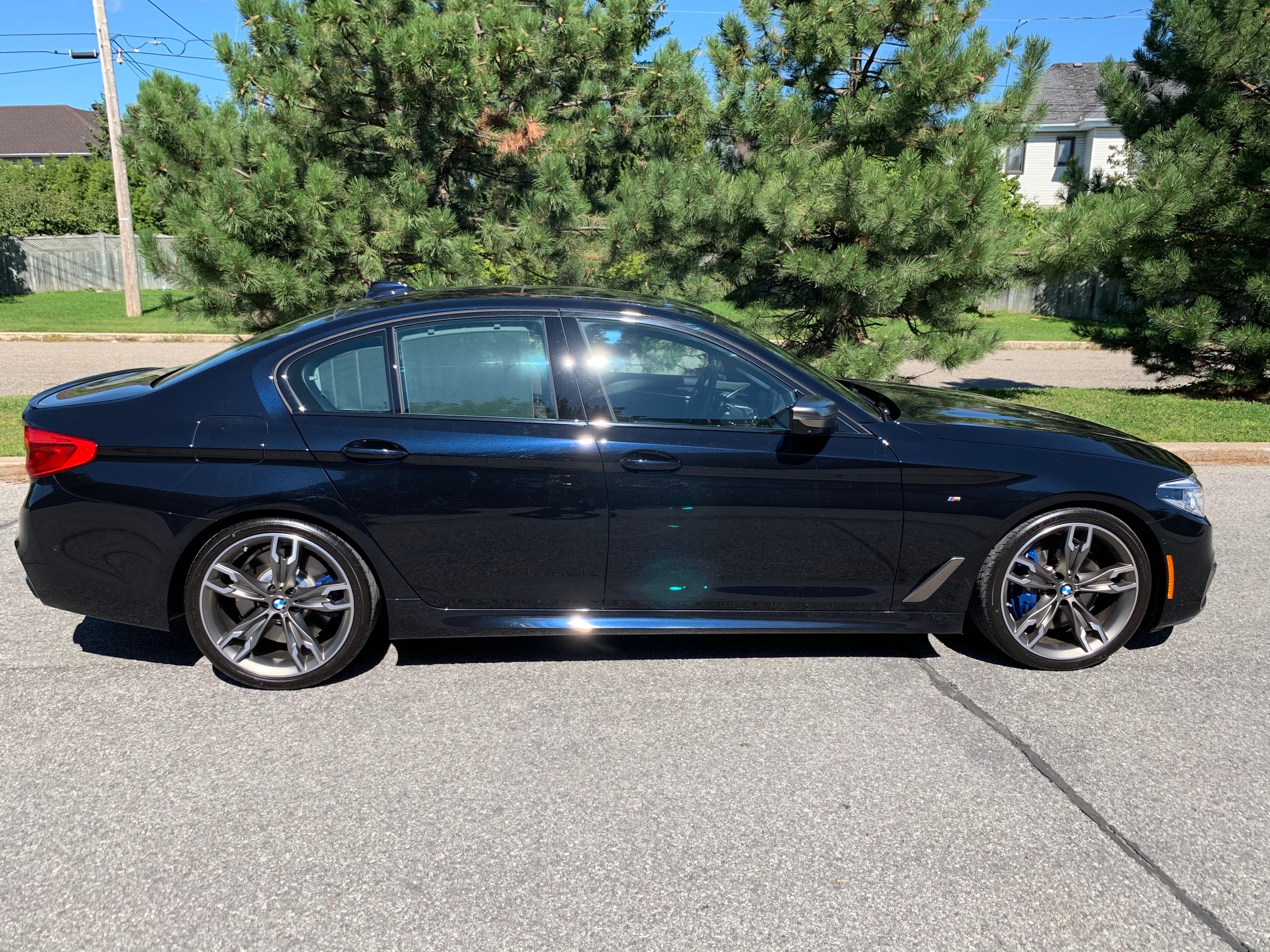 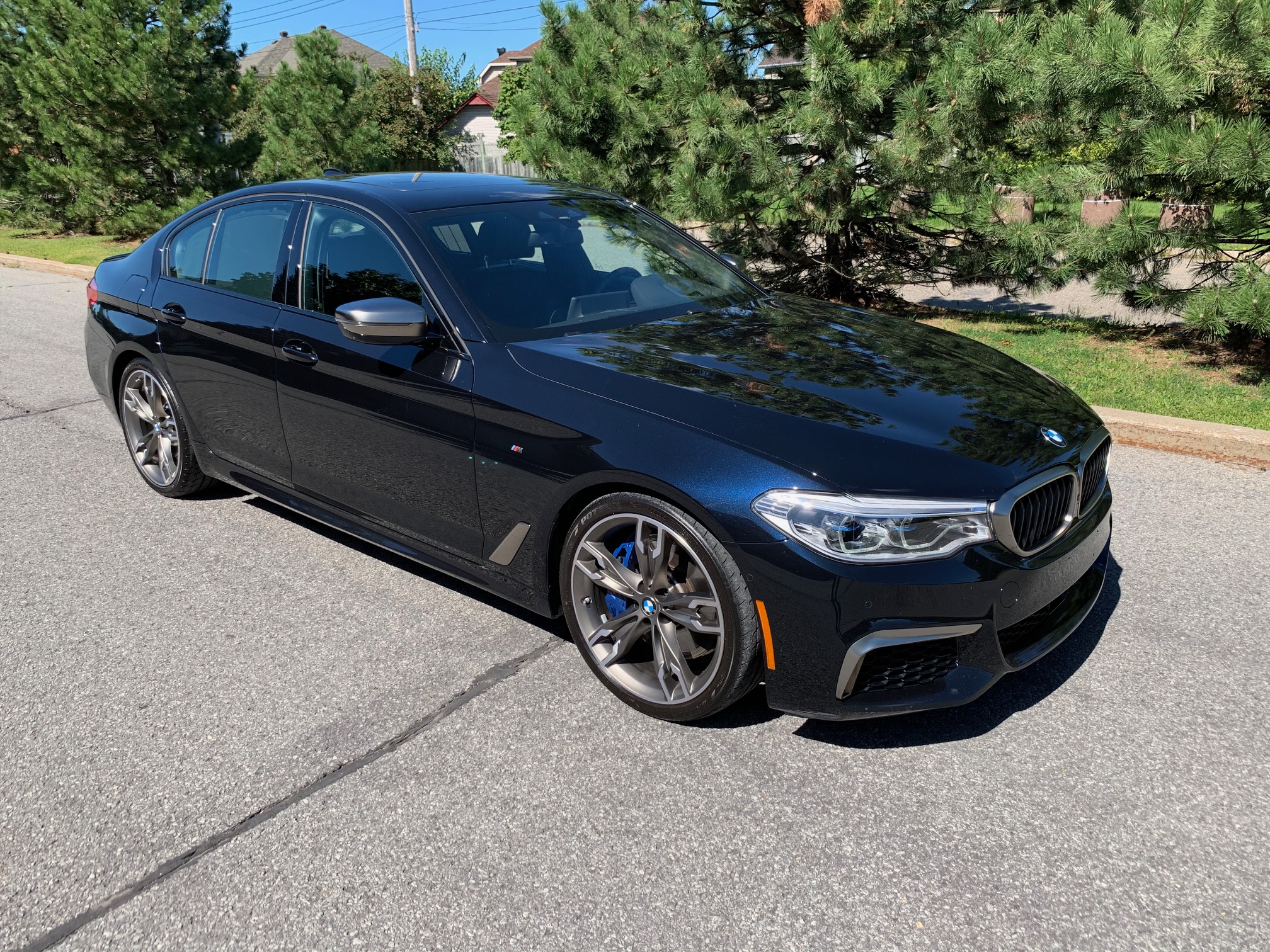 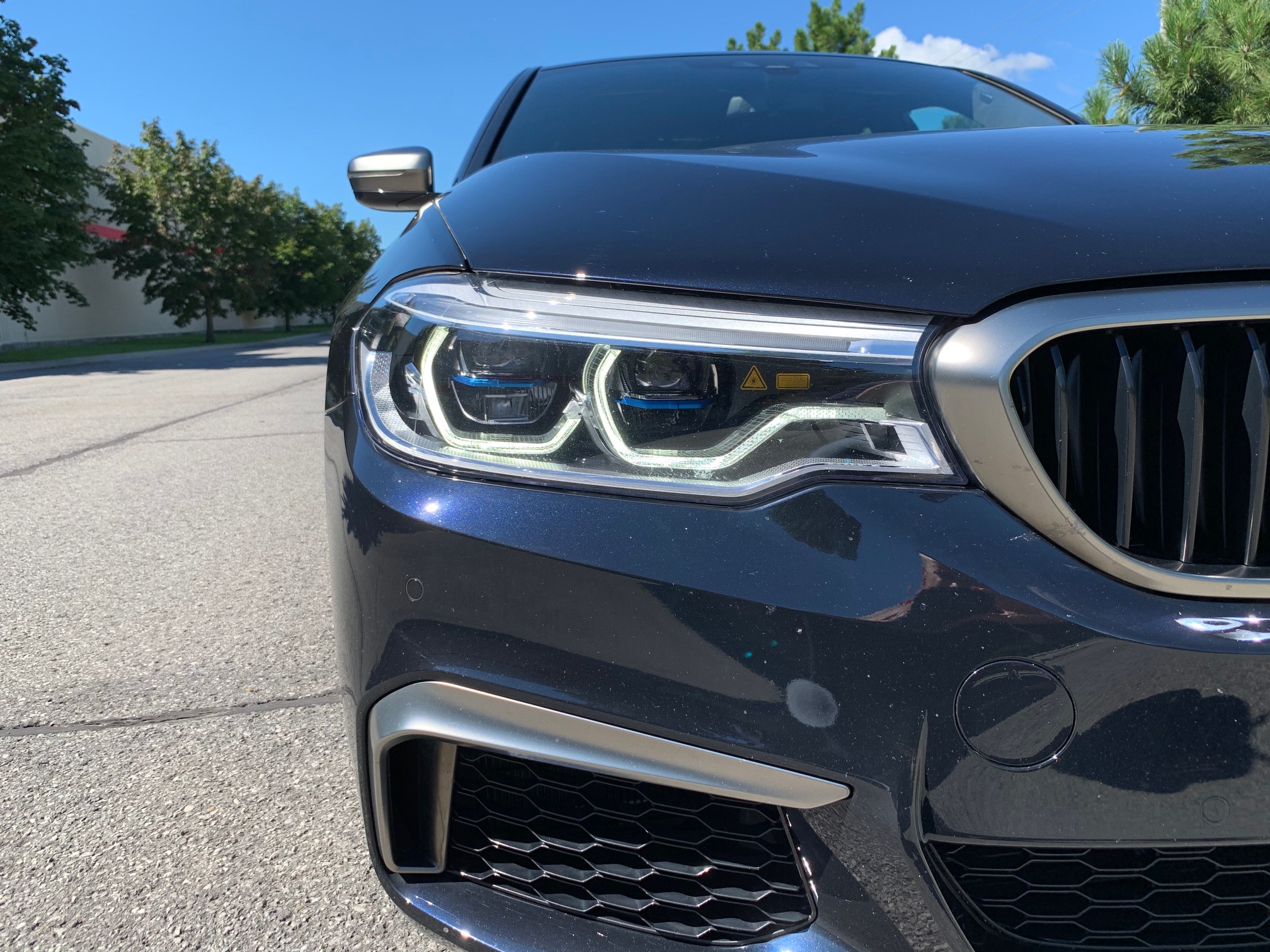 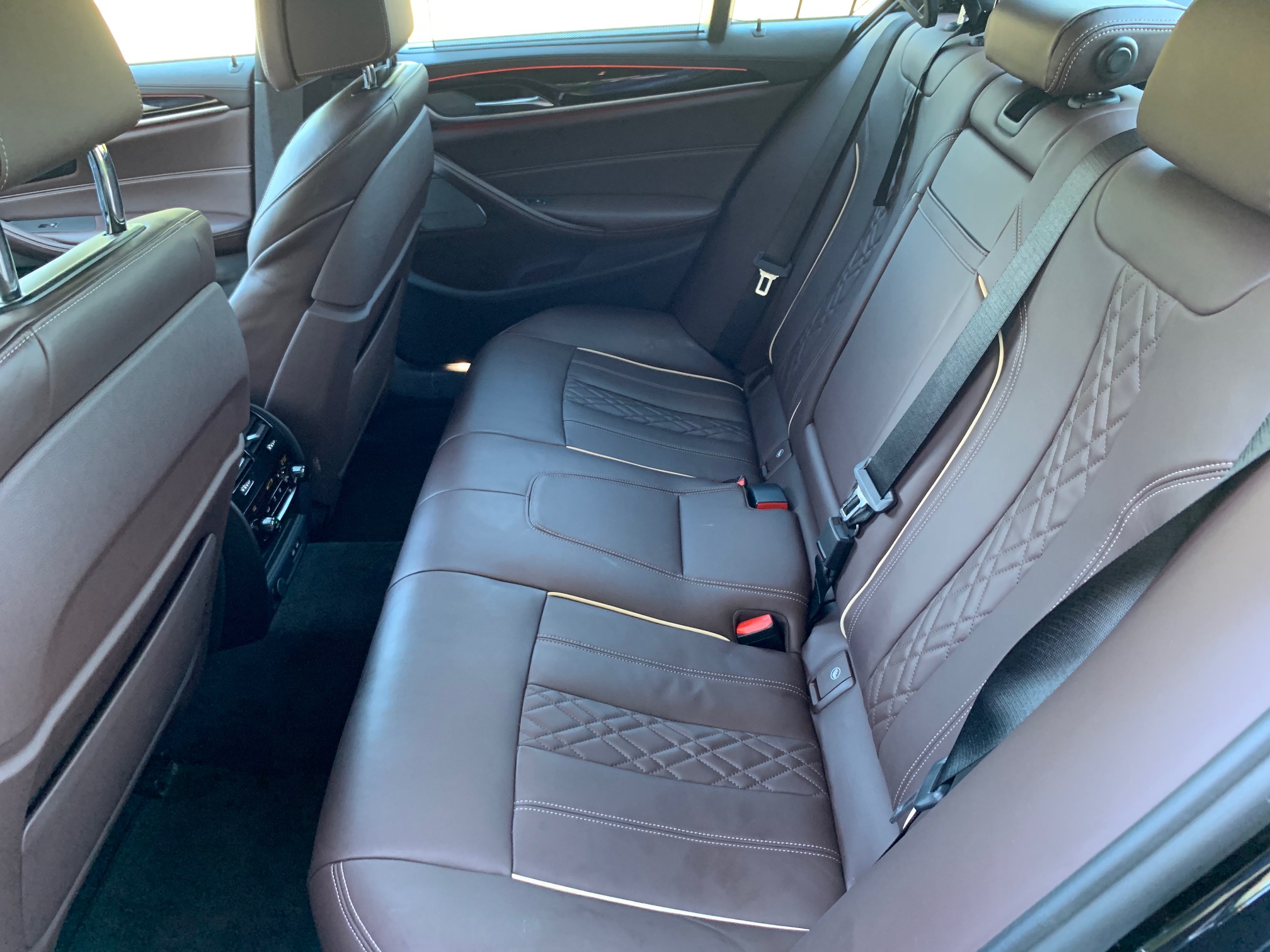 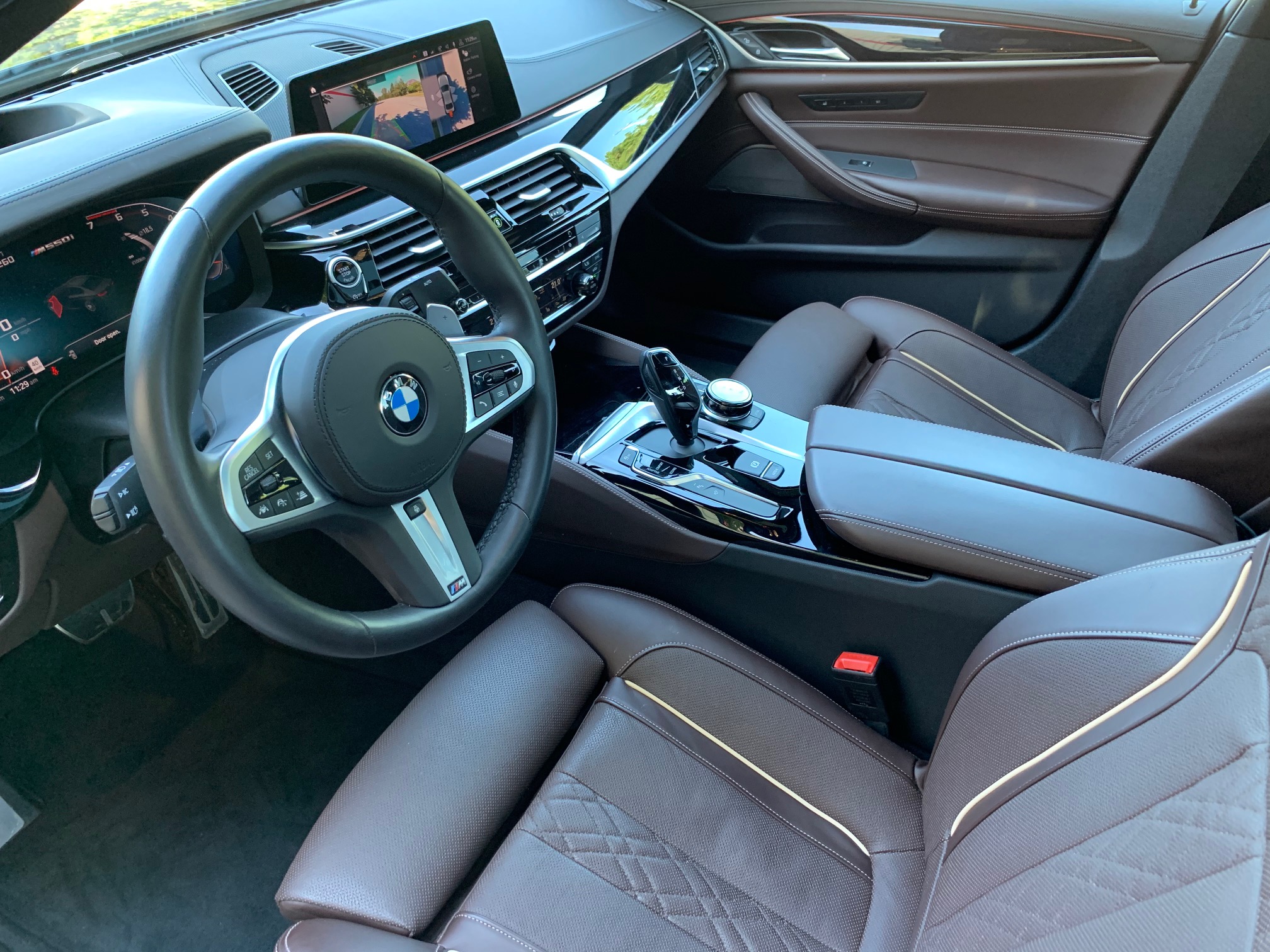 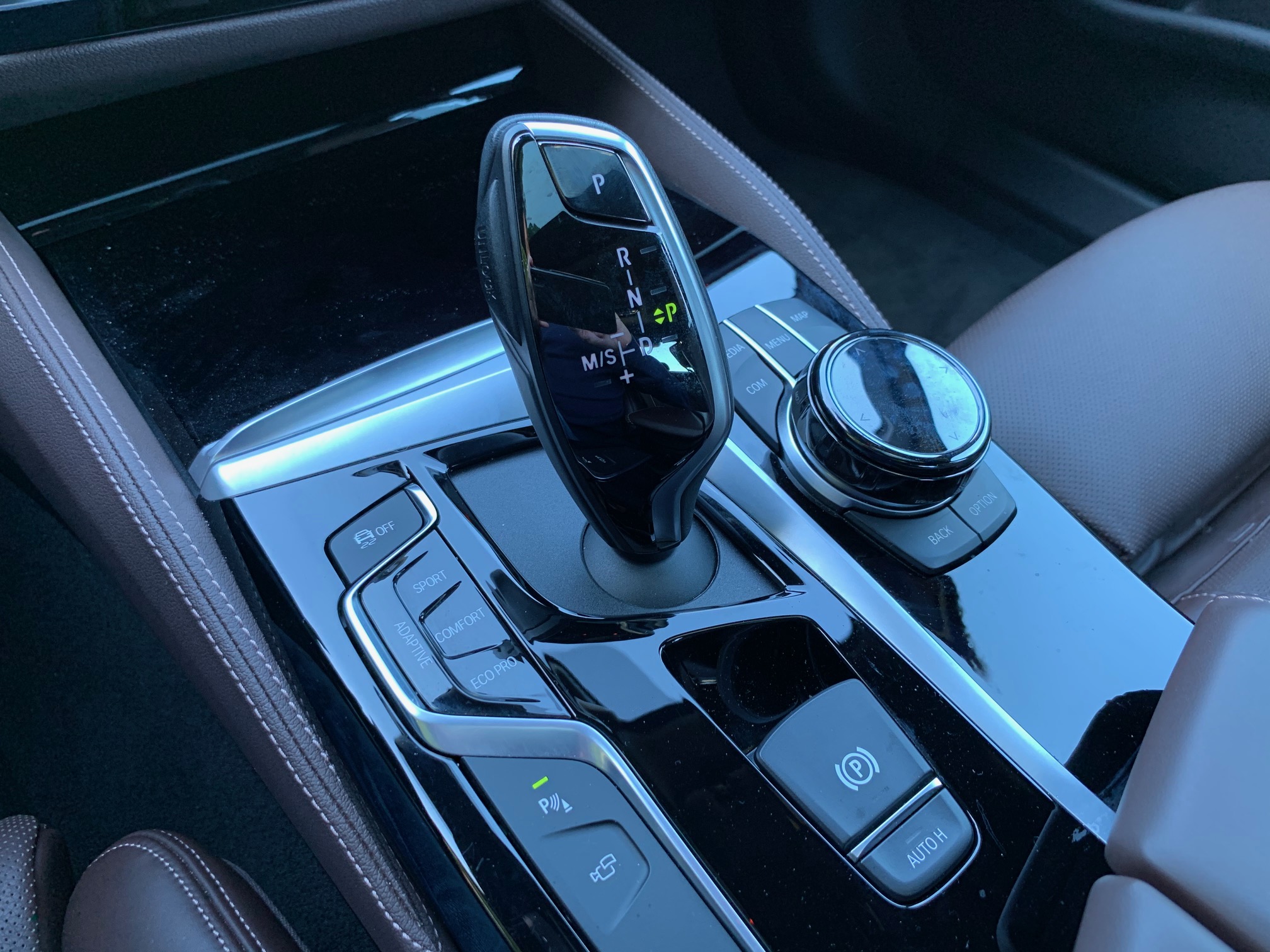 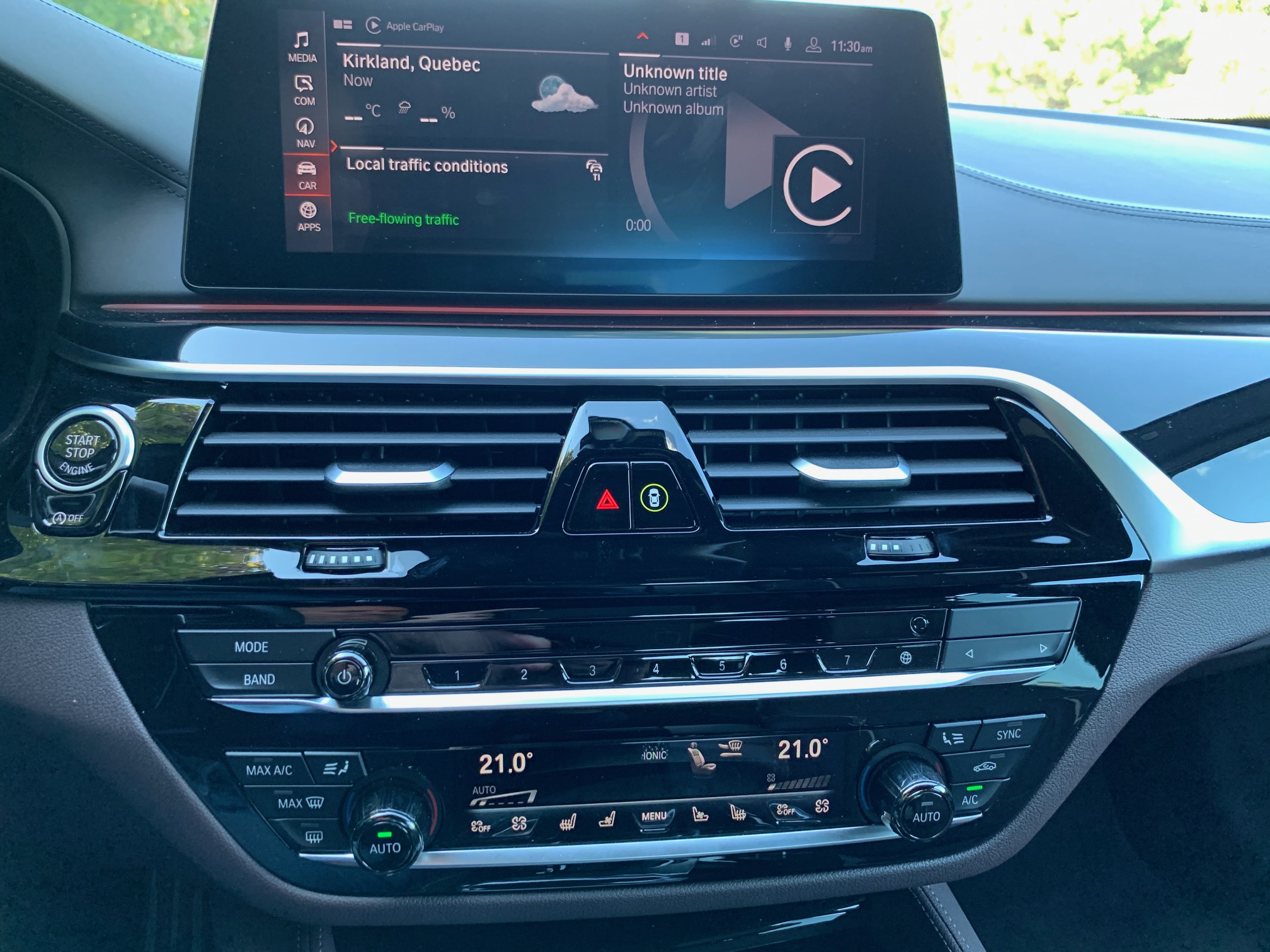 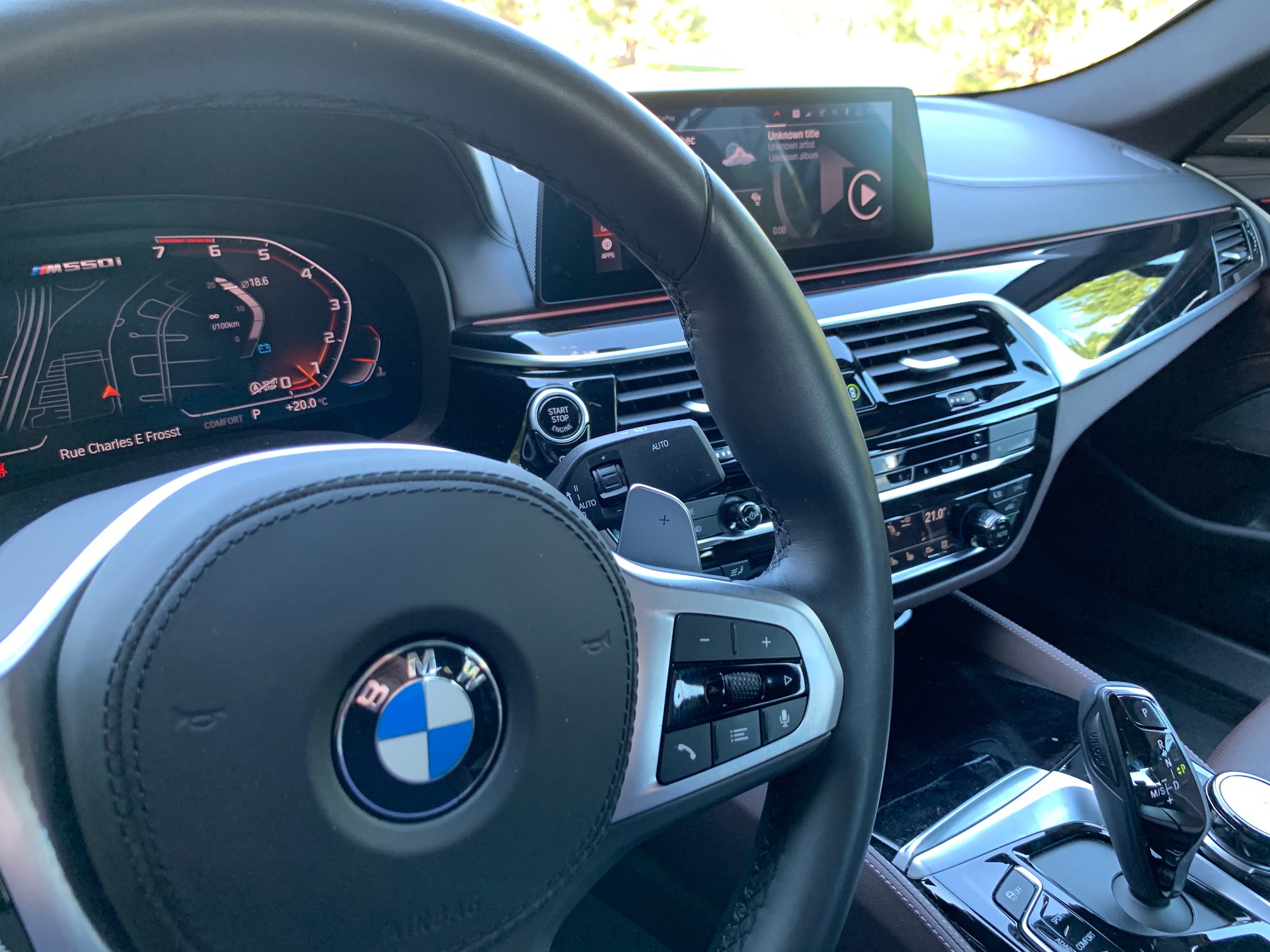