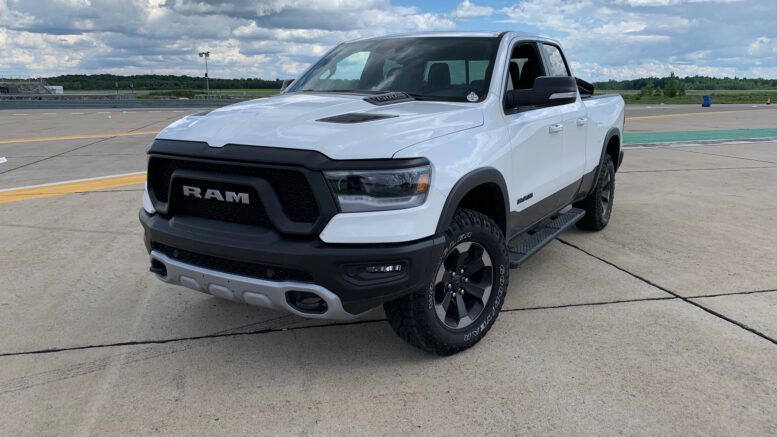 Last year, Ram redesigned its bread and butter full size pickup – the 1500 – and came out with an all-new offering. The company made major changes to the exterior looks and the interior cabin to go head to head in the cut-throat pickup niche which as we all know are the best-selling vehicles in North America.

This is a very good-looking truck and has dramatic differentiation compared to the last generation. The new face includes new Ram grilles along with an all-new full LED adaptive front-lighting System, including twin bi-functional projector headlamps and LED fog lamps. The new Ram is lighter, longer and wider, including an overall cab length increase of four inches. Interior storage capacity has been increased to 151.1 litres which is about double the next best competitor.

The model you see here is the Ram Rebel which is the edition for the off-road enthusiast. It includes equipment such as big 33-inch Goodyear Duratrac off-road tires mounted on 18-inch wheels to help keep you out of trouble. The suspension has upgraded shock absorbers and an electronic locking rear differential to insulate the truck from the rigors of whatever terrain you come across. That’s about all that distinguishes it mechanically from the rest of the lineup. 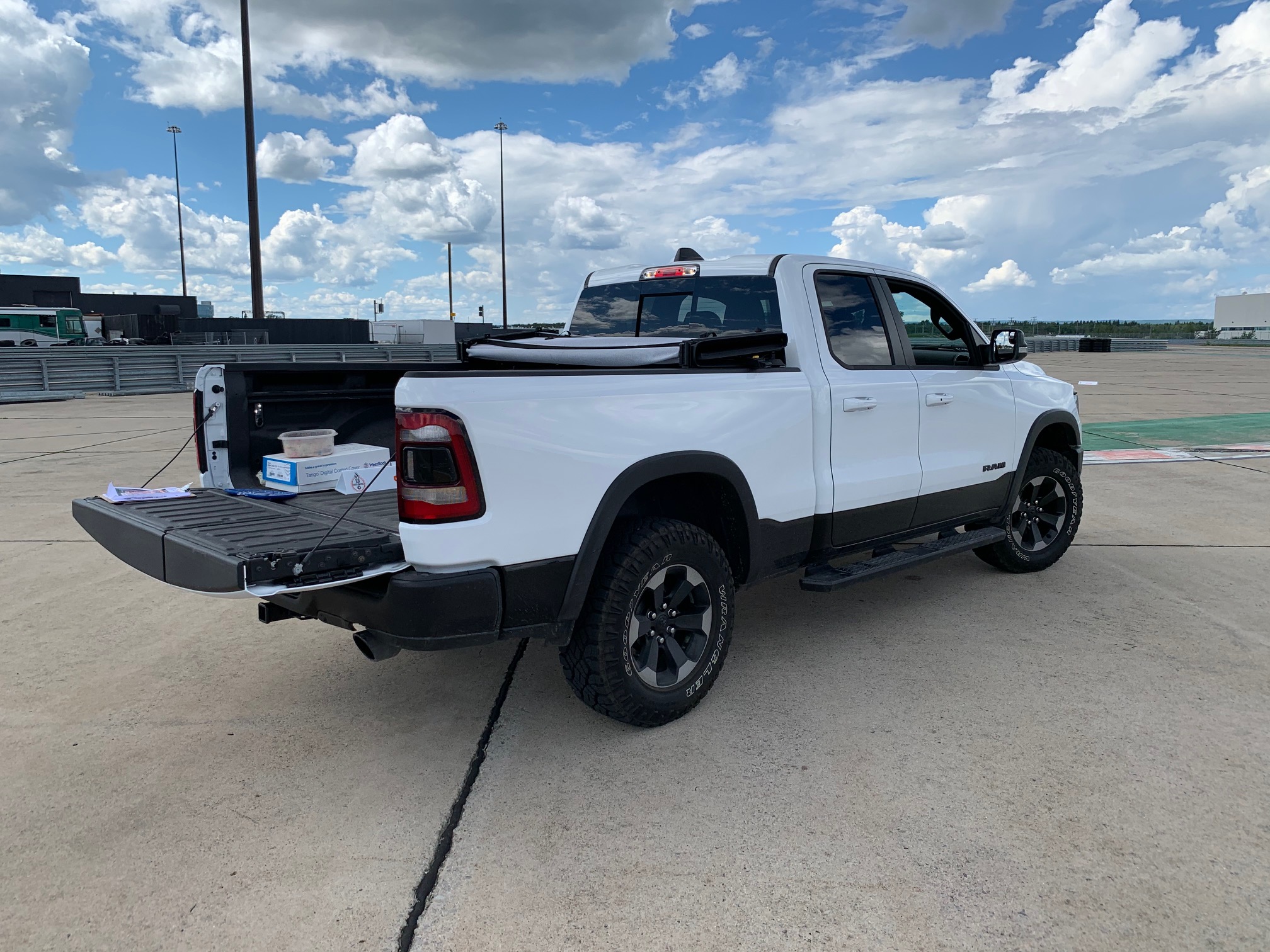 The feature that I was excited to try was Ram’s new multifunctional tailgate (a $1095 option). Featuring a split 60/40 design, the tailgate can function as a normal tailgate which opens down but also open to either side. The side opening allows a person to reach into the bed while standing up against the bumper as opposed to having the tailgate get in the way. The sides open up to 88 degrees, meaning they won’t extend farther than the truck bed. Either side may open or both. An available retractable bed step tucked under the hitch is also very handy. It’s a great feature that is easy to use and extremely handy.

The Rebel can be order in either Quad Cab or Crew Cab. The Quad Cab still has four proper doors although the cabin is smaller. Because of this size difference you can get the larger 6’4” bed with the Quad Cab while the Crew Cab comes with the 5’7” bed. 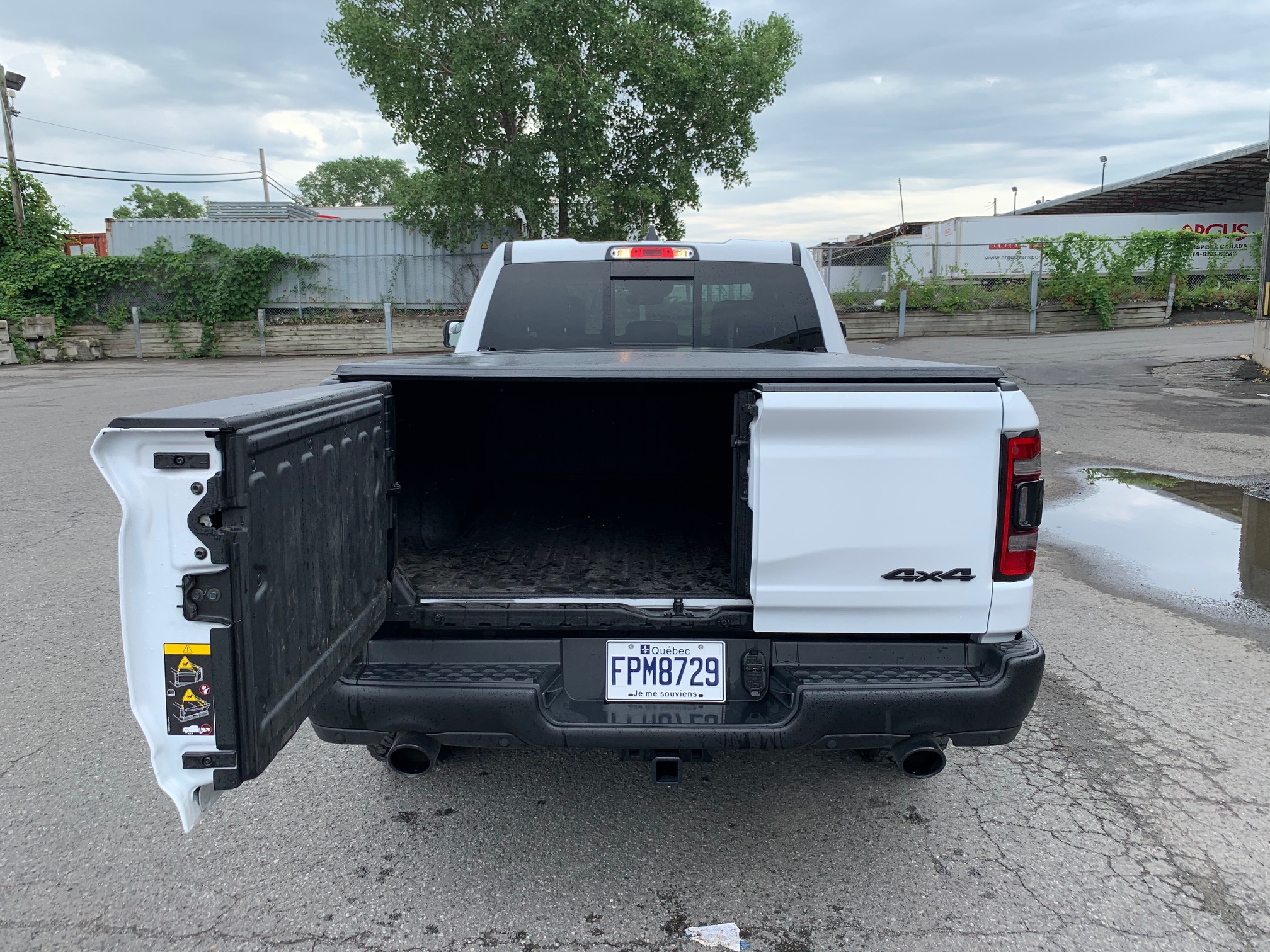 The large and spacious interior with its beautiful dashboard design is a sight to behold. The Rebel’s leather seats are amazing and have a nice sporty look and feel. The electronic gear selector is handy and also allows for more storage space in the center console. Across all trim levels, the Ram 1500 features push-button start and an electronic parking brake as well. The new shifter area also groups new feature buttons, including engine stop-start (from eTorque), hill-decent control, axle lock and transfer case controls, when equipped.

The highlight is the massive vertical 12-inch reconfigurable touchscreen on the higher end models. It’s fully configurable and has a split-screen function while using Uconnect4. It’s hard for any other truck to compare with Ram’s luxurious interior but especially the screen and dashboard layout. It makes it seem like you’re driving a luxury vehicle rather than a pickup truck. The one you see pictured here is the 8.4-inch and there is also a 5-inch with the older Uconnect3 interface. Uconnect is a very easy-to-use and intuitive system that’s among the best on the market. 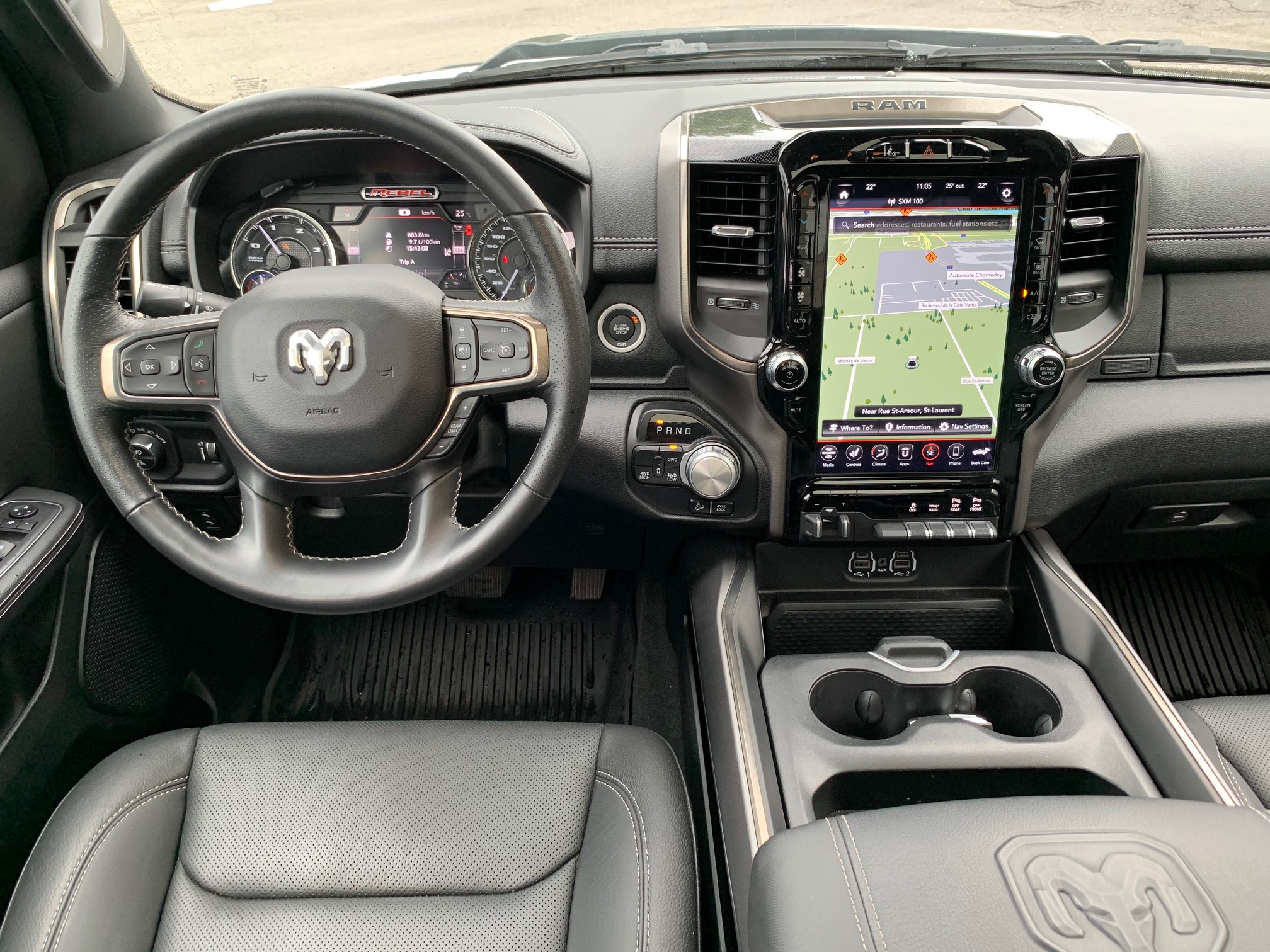 In Canada the standard Rebel engine is the 5.7-litre HEMI V8 engine making 395 horsepower and 410 lb.-ft. of torque. This model was equipped with the $3,900 optional 3.0-litre turbocharged V6 diesel which makes 260 horsepower and 380 lb-ft of torque. The diesel engine was conceived for people who need to haul a bit more but don’t necessarily want a Ram 2500 or 3500. Towing capacity is a whopping 12,560 lbs which is better than any of the competition.

As far as diesel pickups I’ve tested, the Ram was among the smoothest with very little turbo lag. It also packed a punch when I hit the gas. It’s a fine option that should please anyone who needs it. Without towing anything I averaged about 12 L/100km but I did mainly city driving so I expect this can be improved upon significantly.

The base Ram Rebel will run you back $60,345 but this tester with all its options topped out at $78,740. It’s looks and cabin give it the upper hand in the North American truck wars and in my opinion, remains the one to beat. 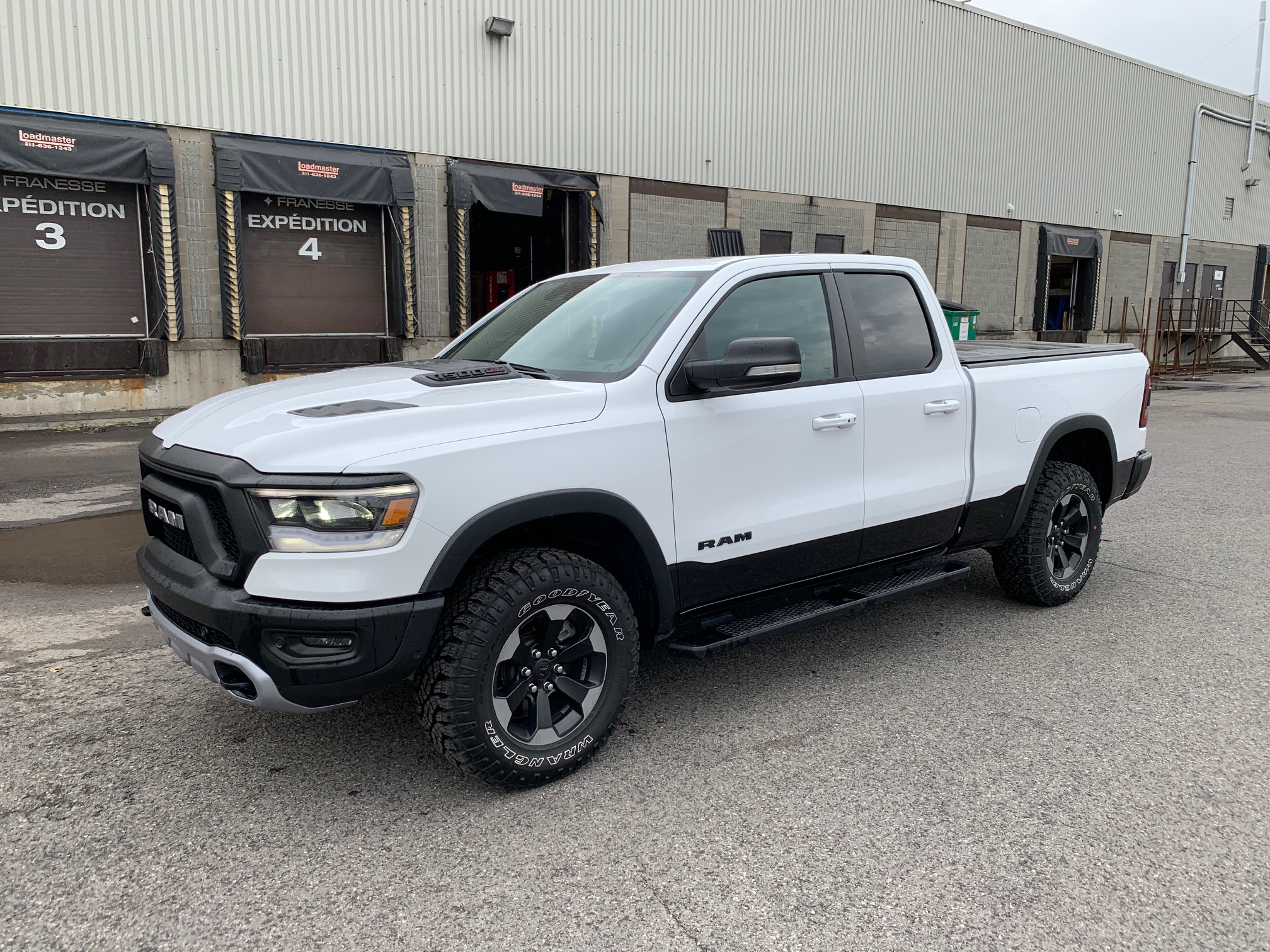 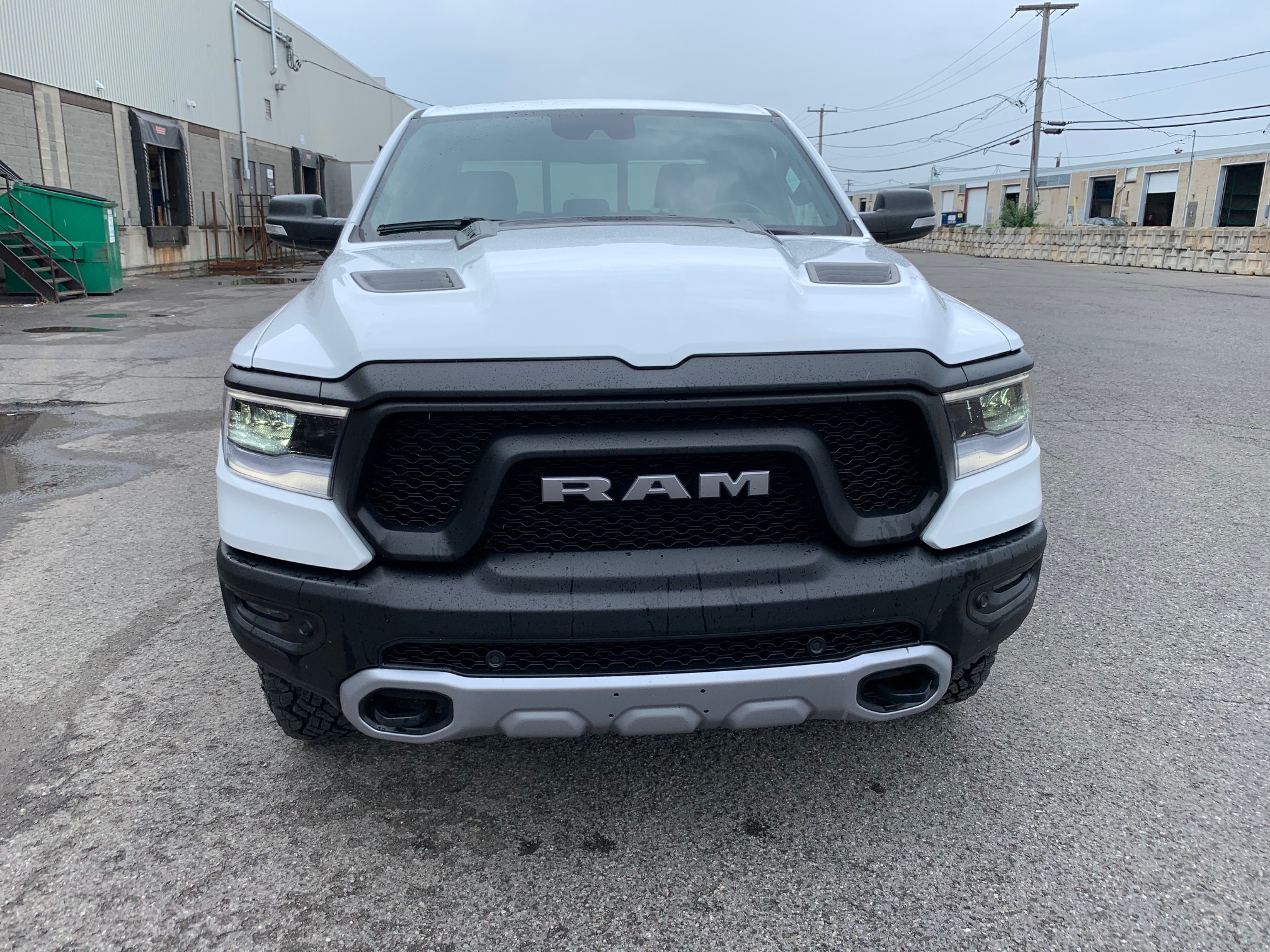 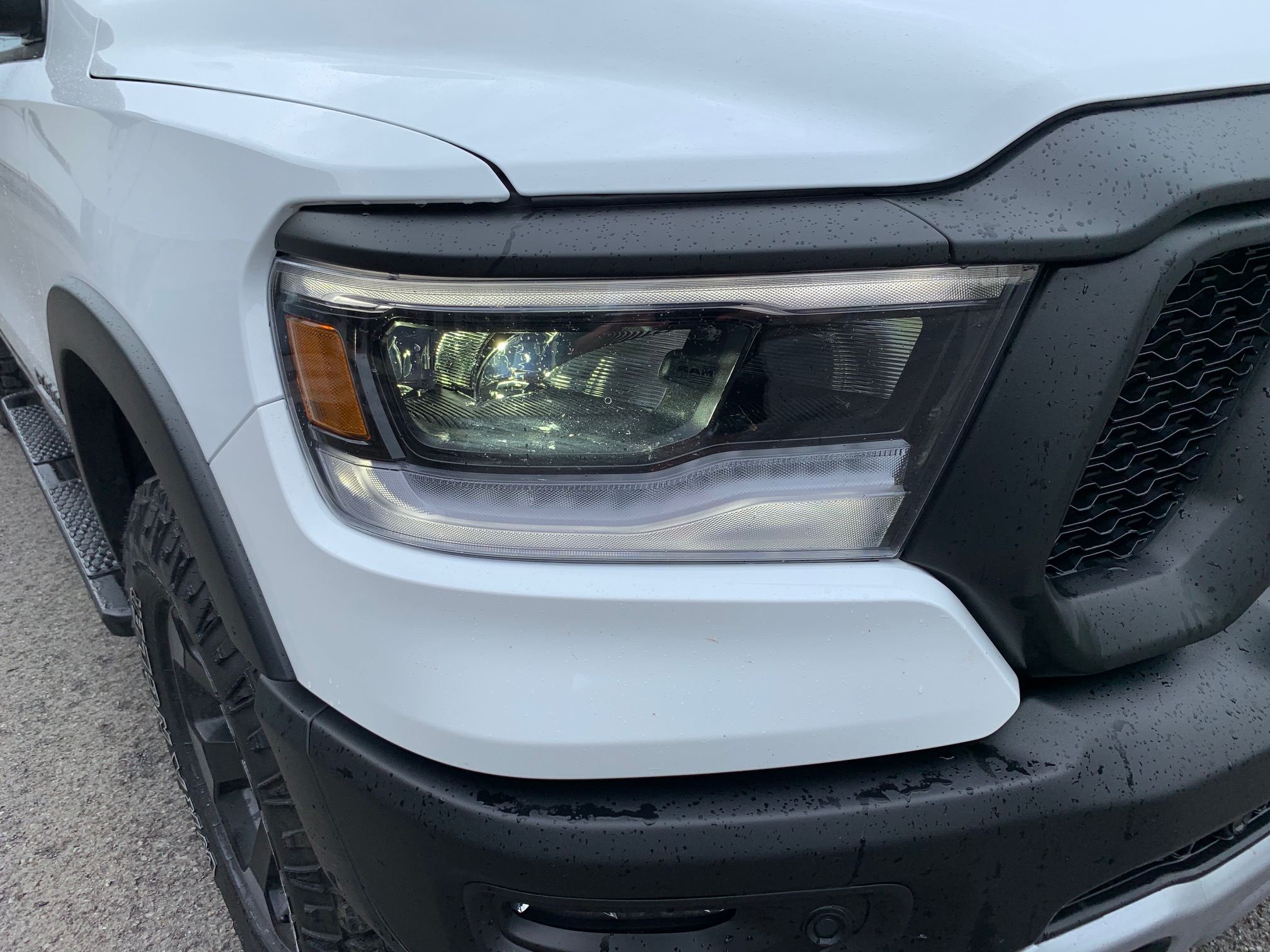 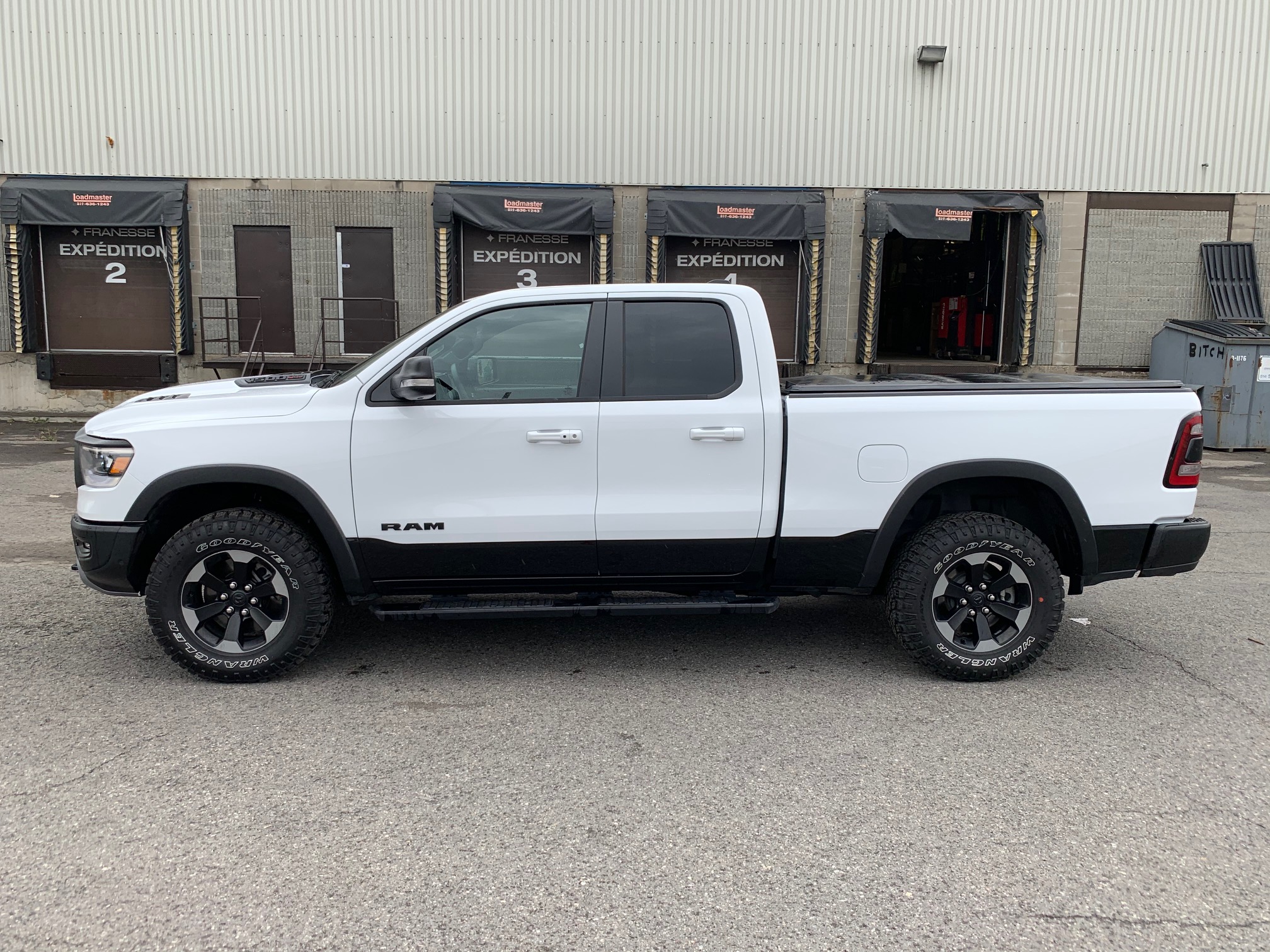 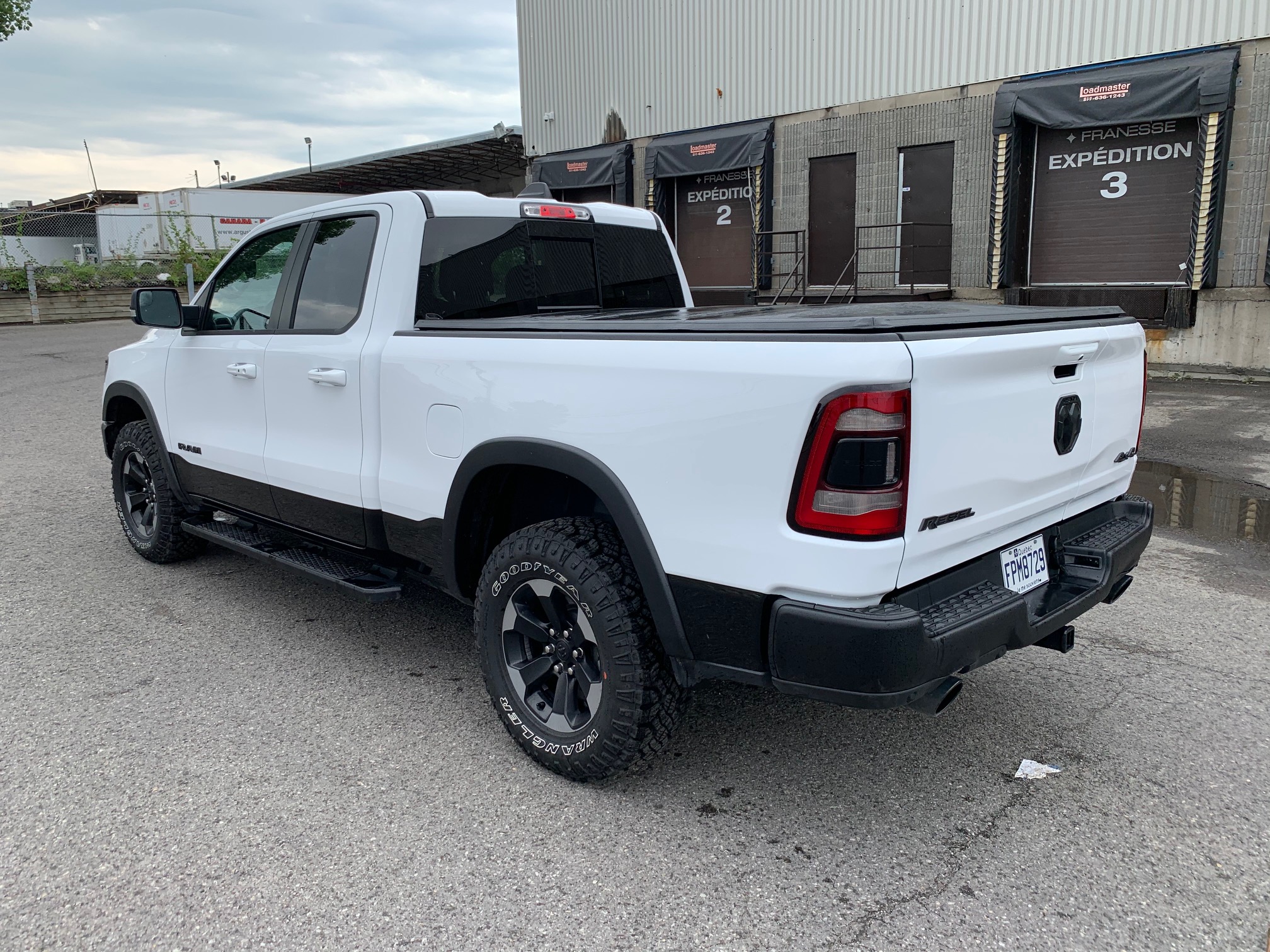 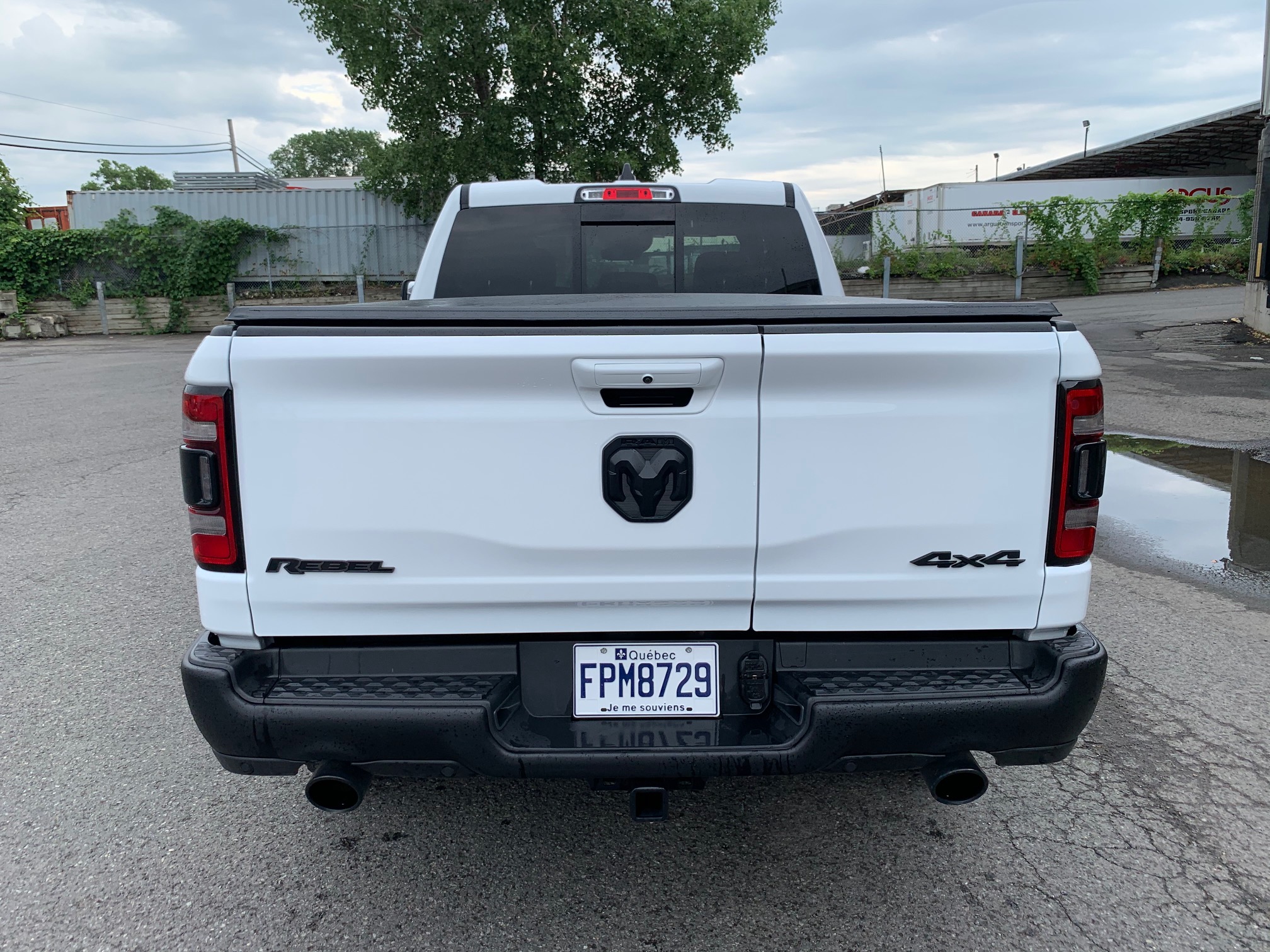 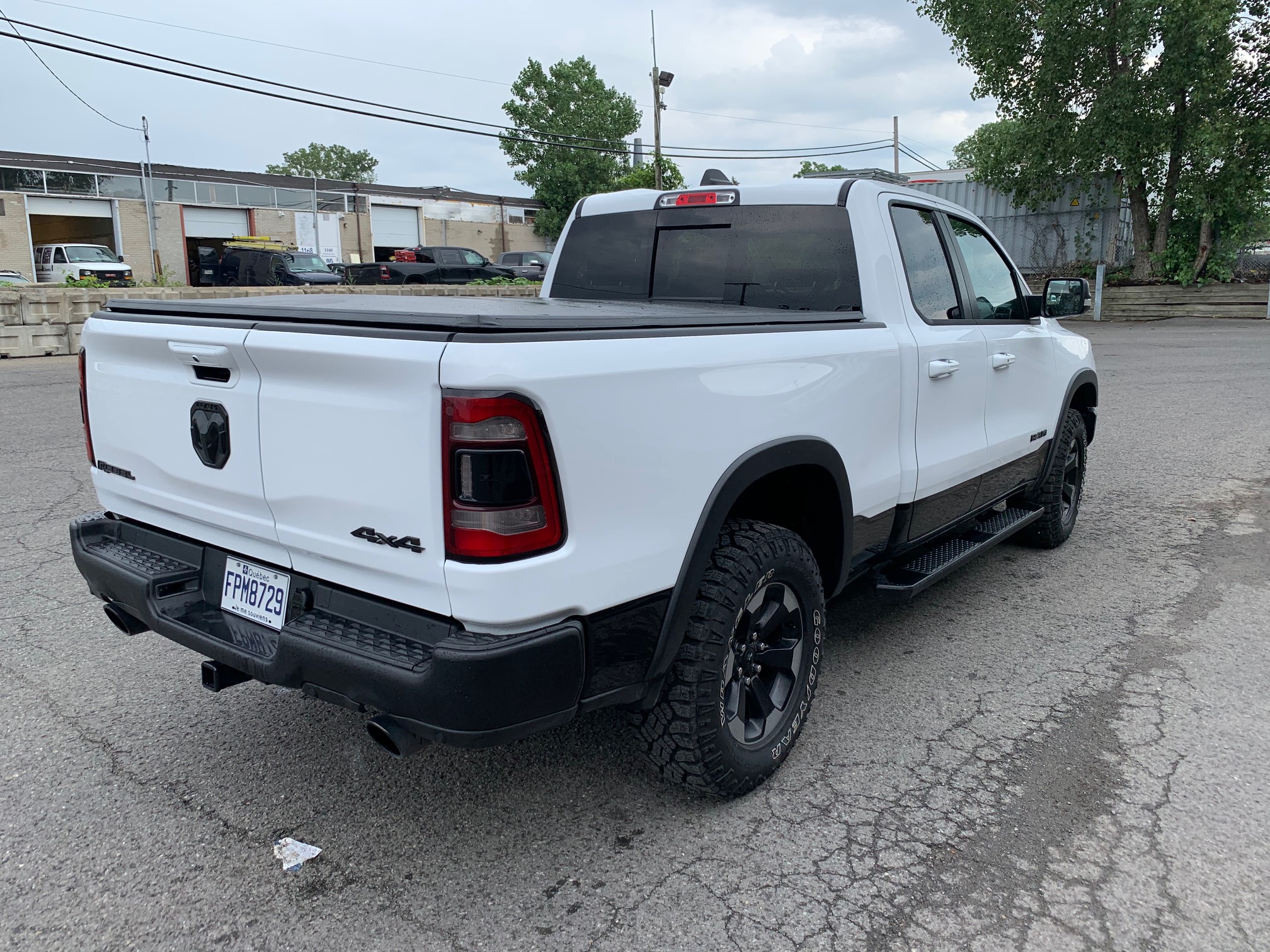 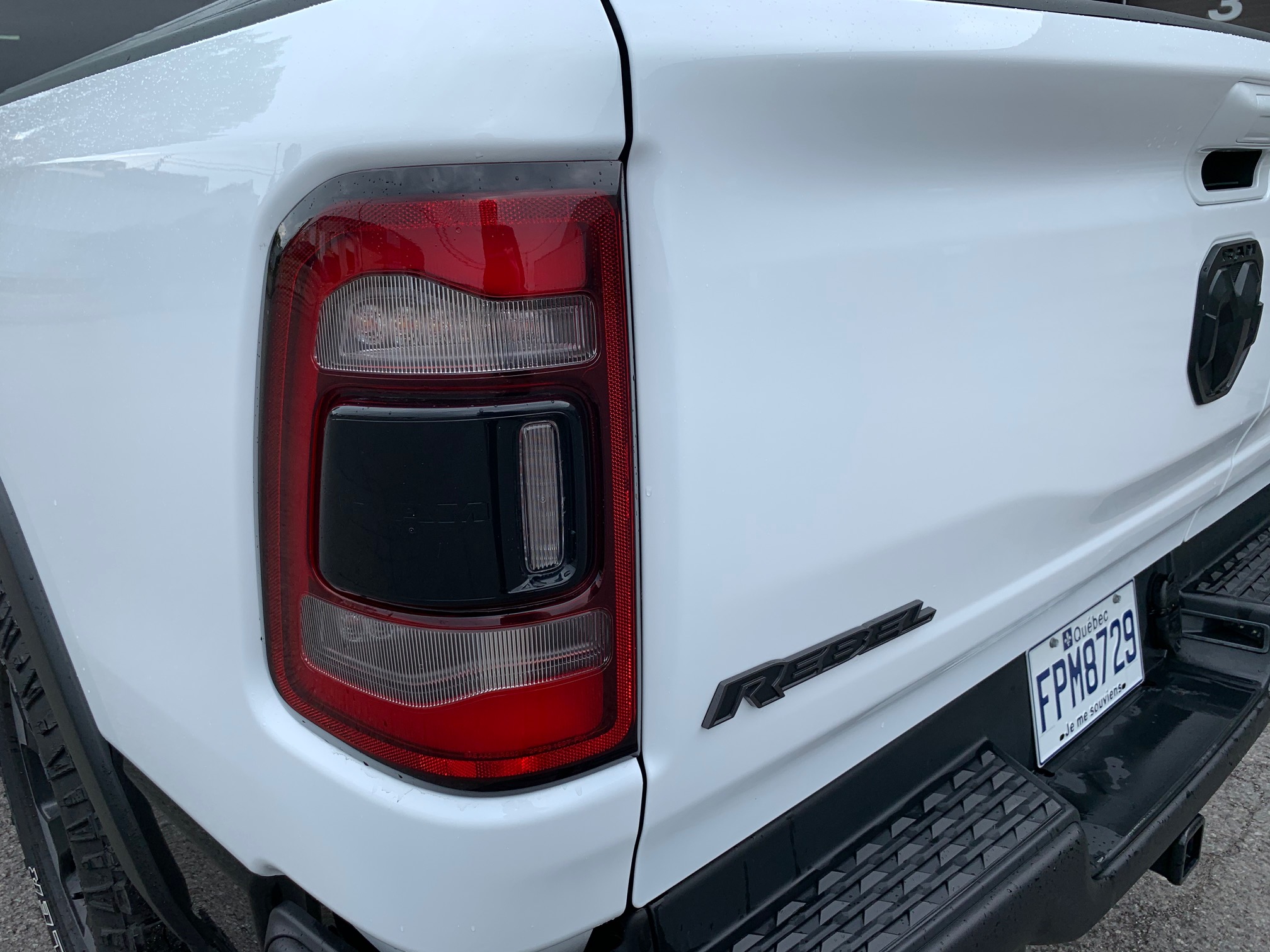 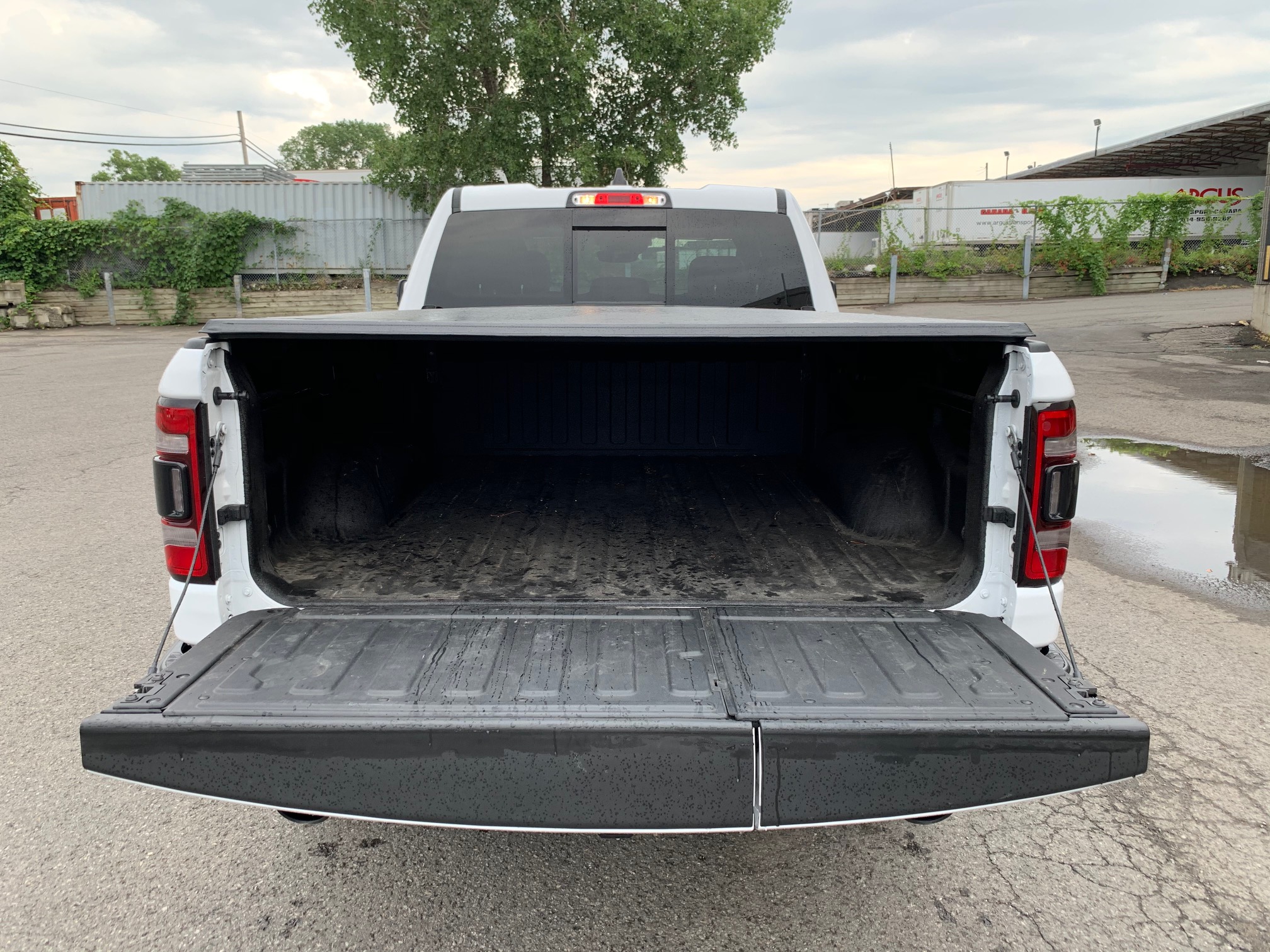 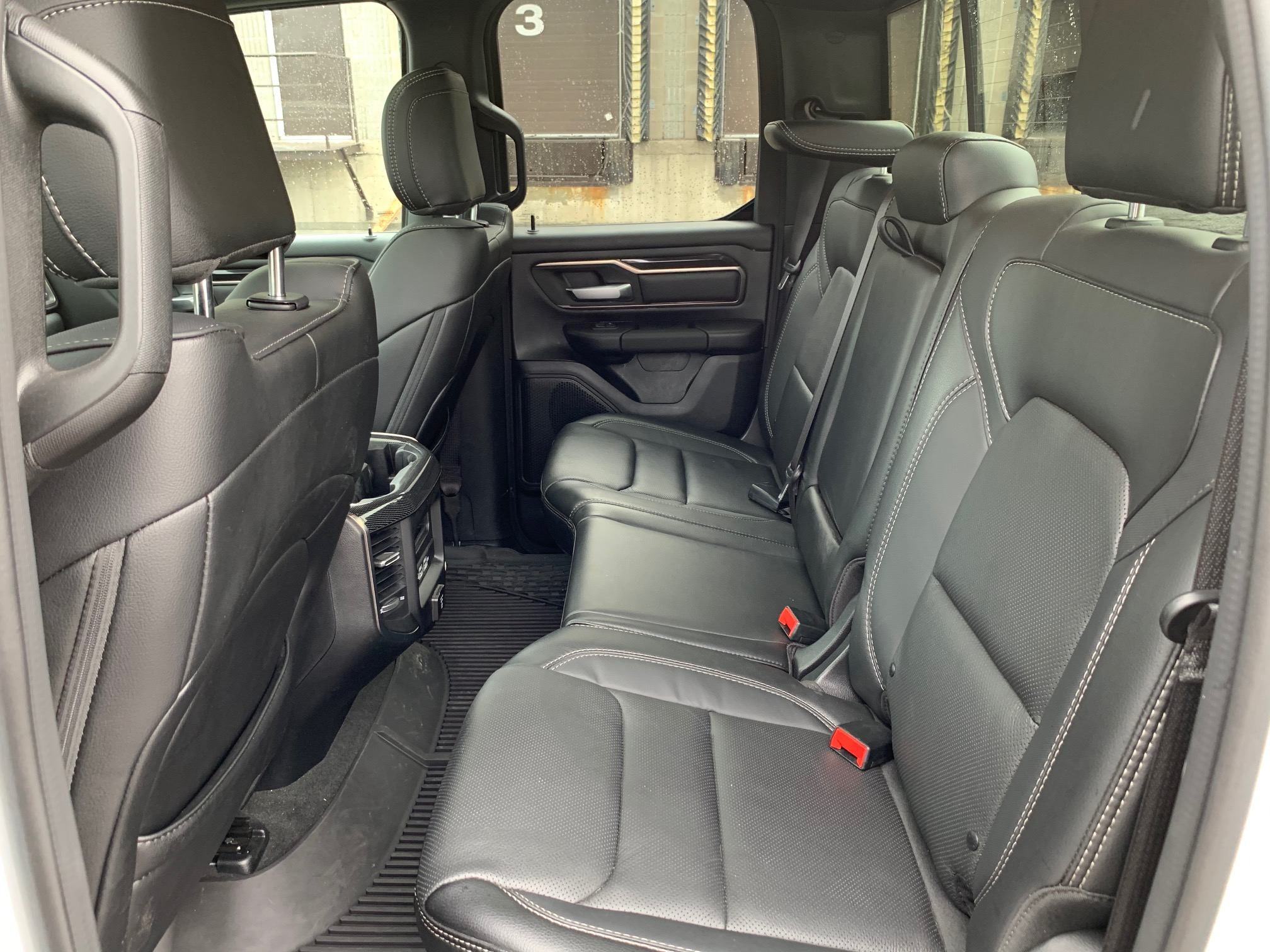 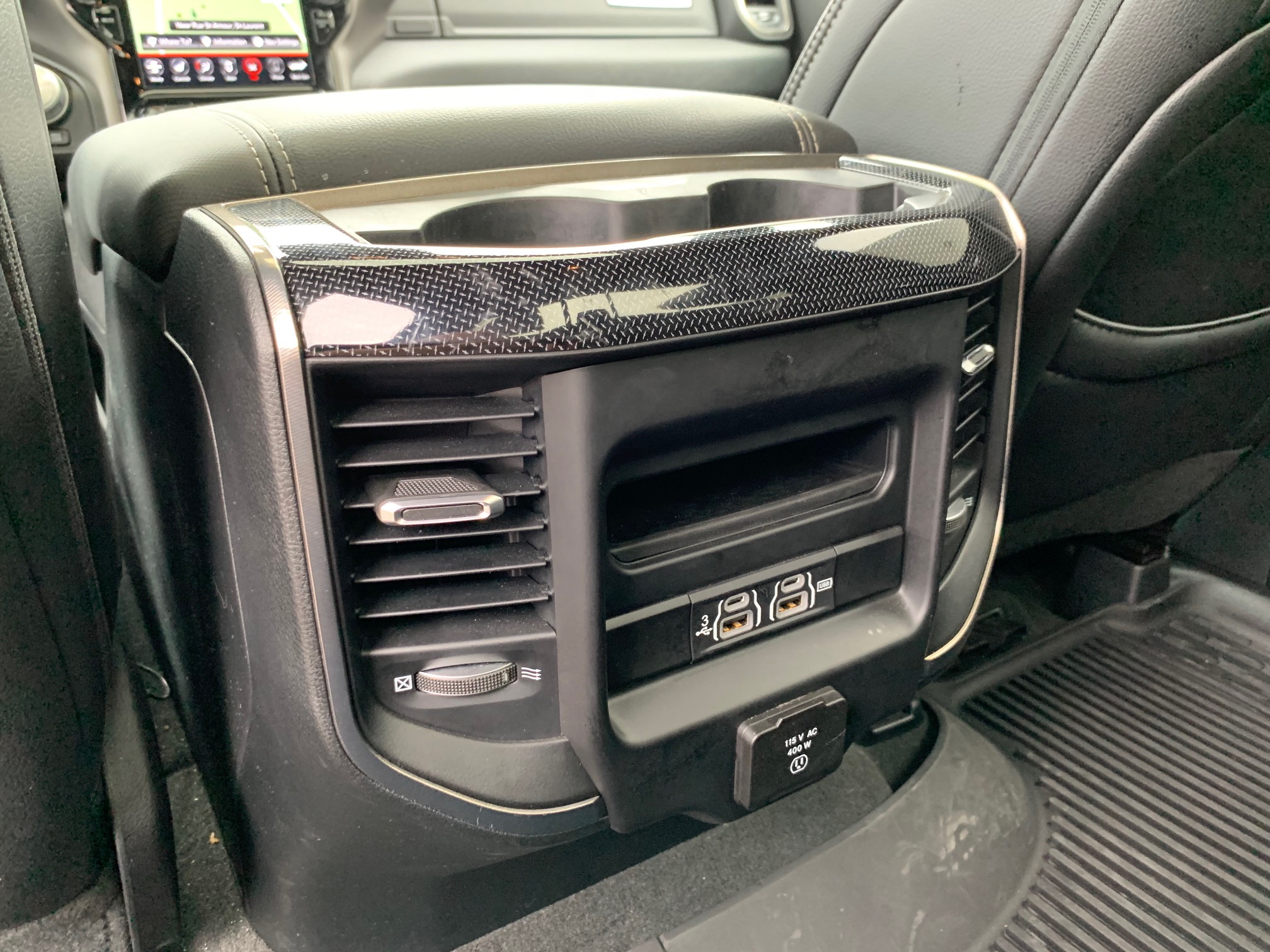 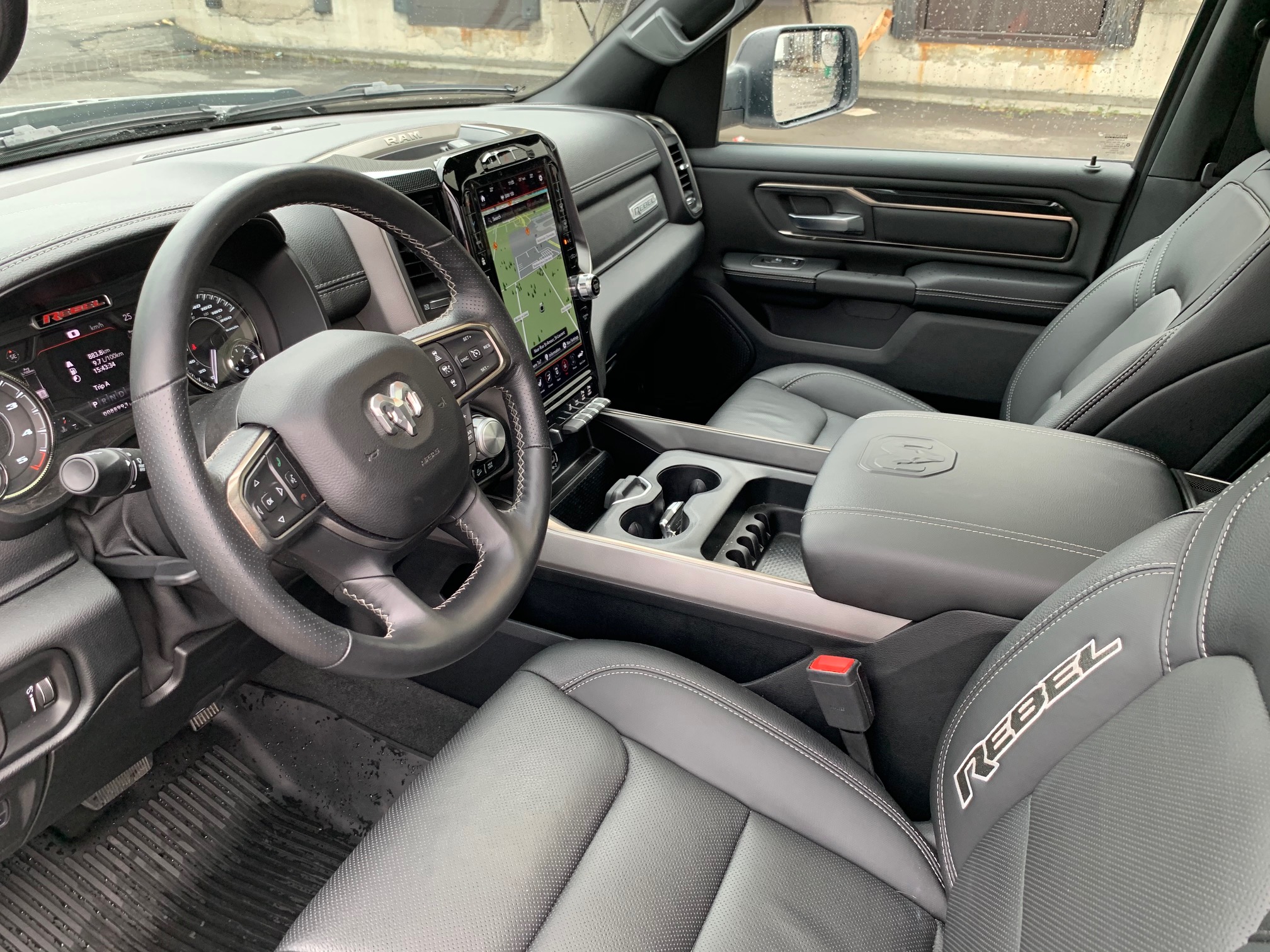 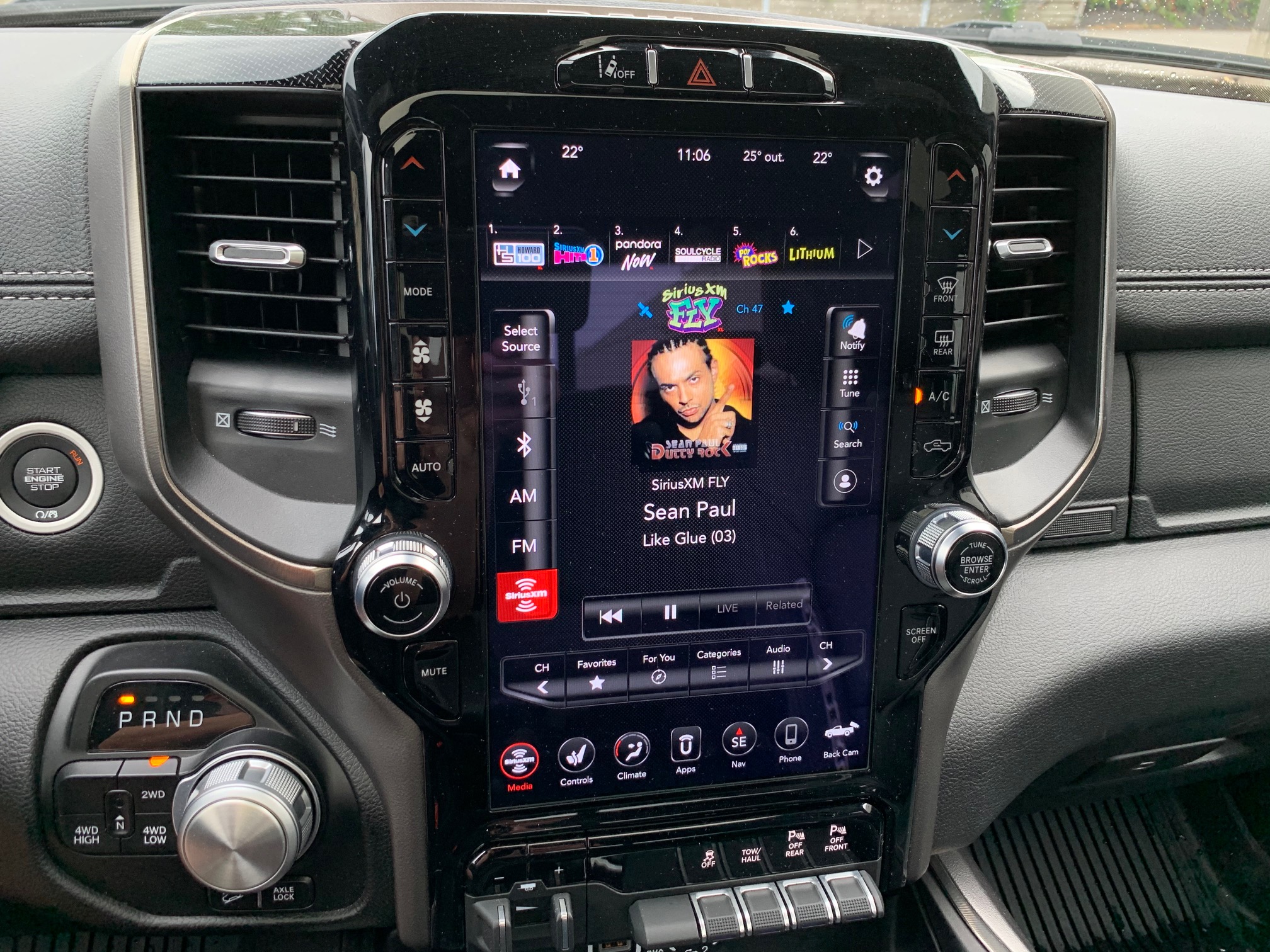 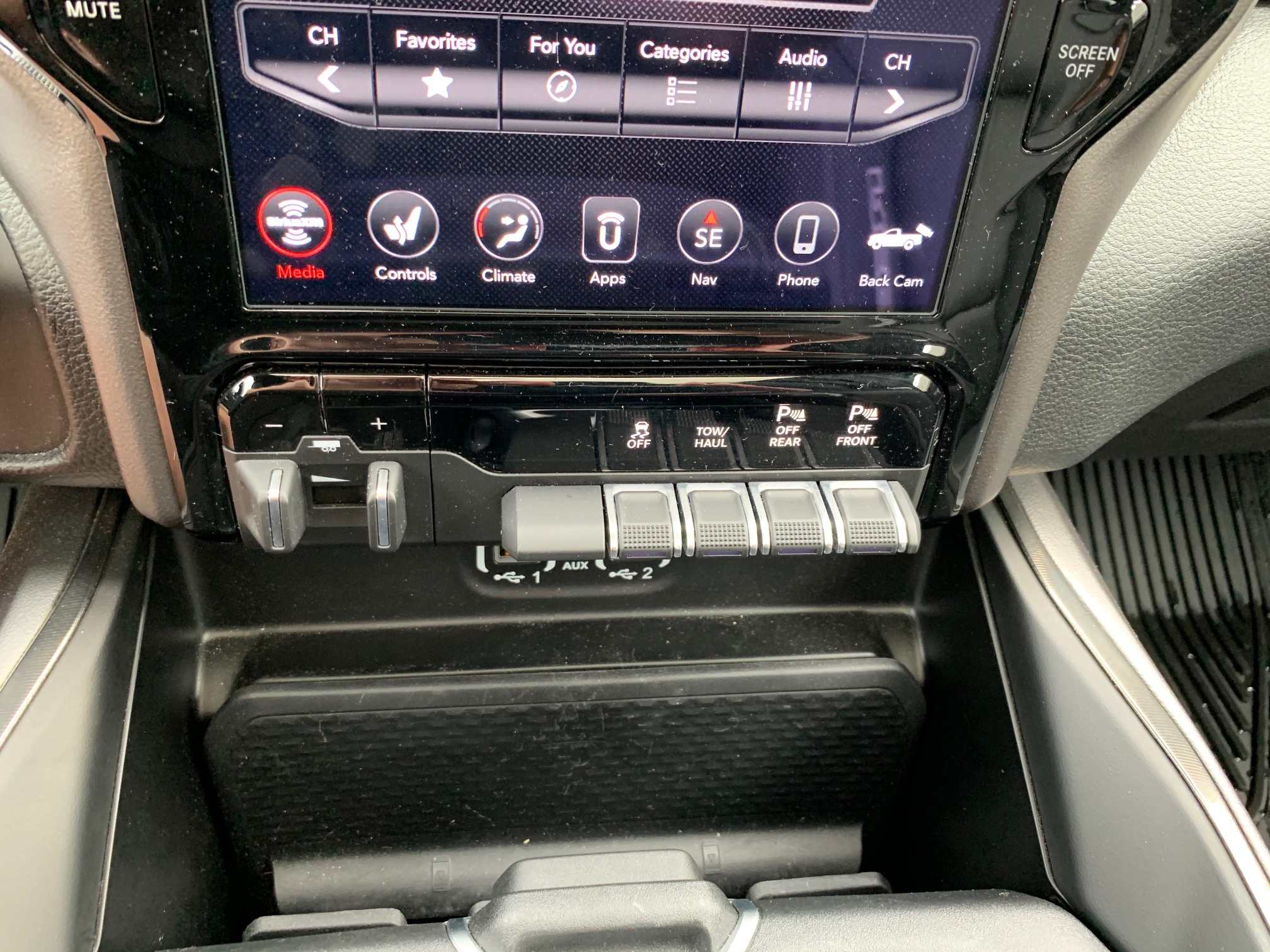 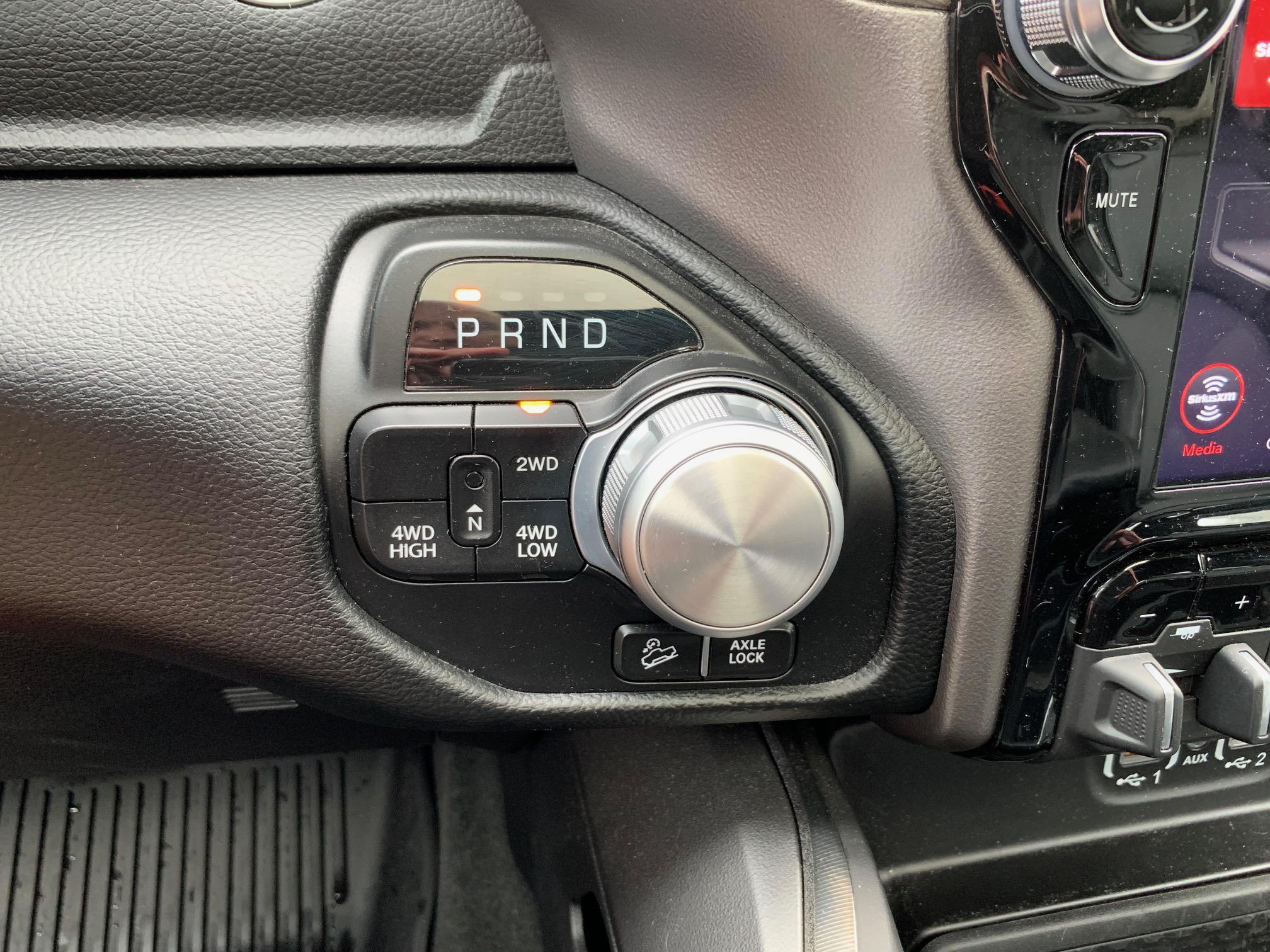 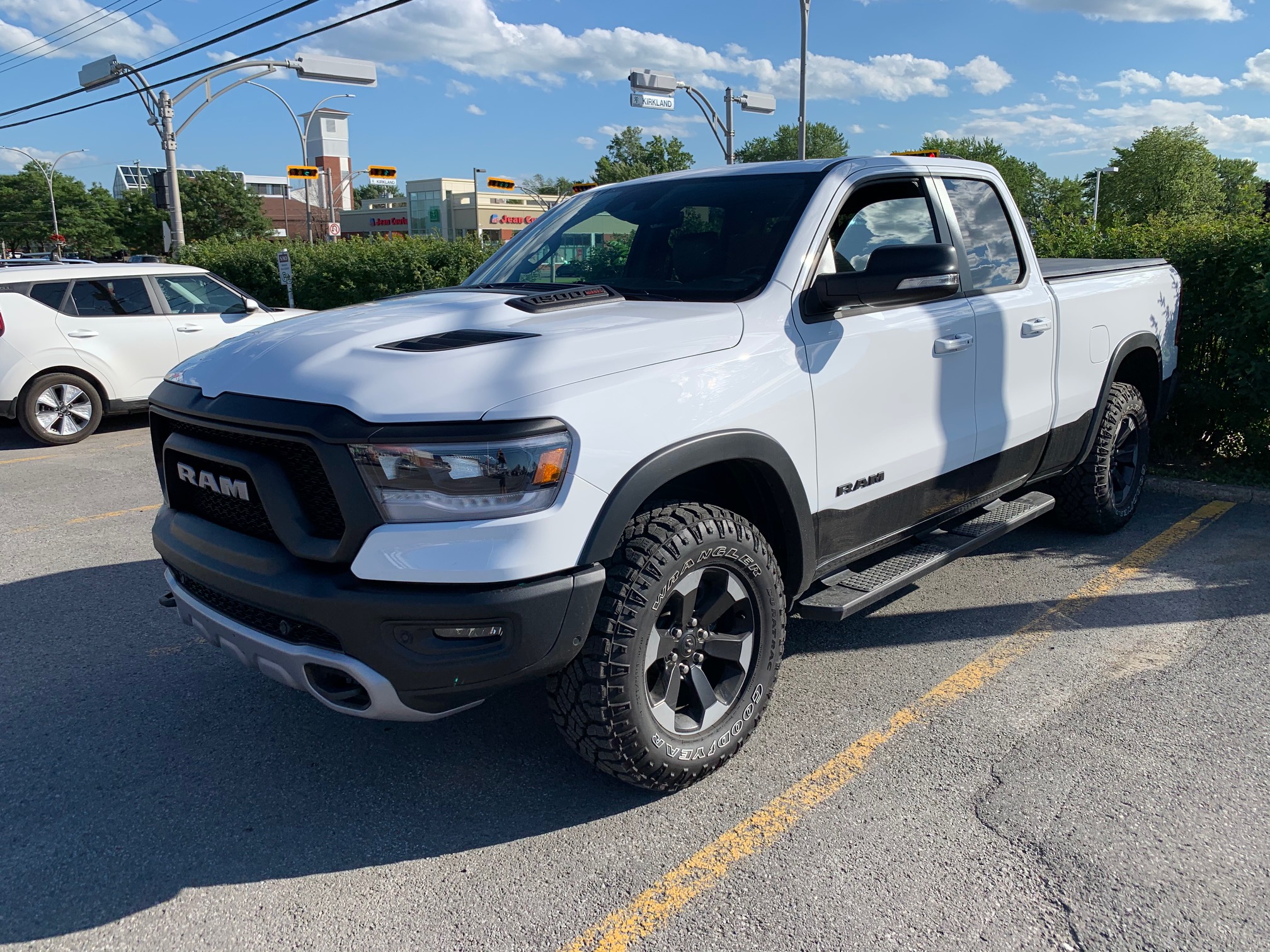