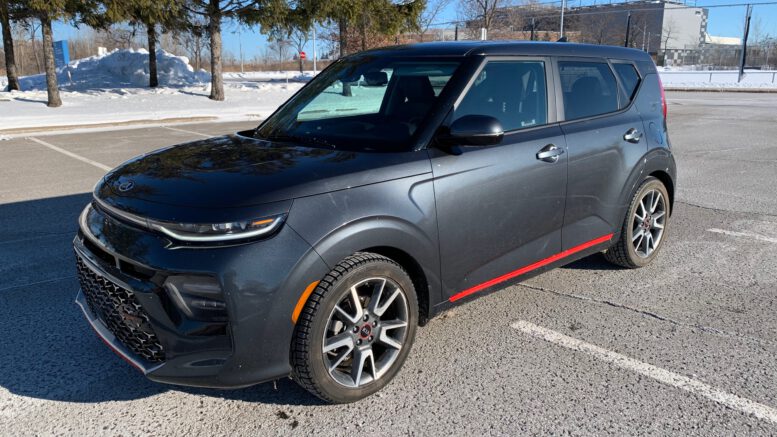 The Kia Soul is a hip, fun-loving vehicle with a boxy shape. It’s not a particularly new concept (Jeeps have been around since WWII) but I would argue this particular strand of the box-on-wheels concept was something that Honda Pioneered with the Element from 2003-2011.

Technically, I guess the Soul is an SUV but it’s not the type of off-road-capable machine that traditional SUV buyers often aspire to get (the lack of available AWD is a bit of a let down, I must admit). The Soul is one of the prettier boxes out there and Kia has refined the look to be quite palatable. It’s probably for this reason that the Soul has outlived all of the direct competition (see: Nissan Cube and Scion xB). They’ve even sold a million units in the last decade or so.

The Soul GT-Line that I had the opportunity to test comes clad in red accents on the lower sides, and front diffuser. The daytime running lights swoop around the grille to give an elegant look. In the rear, the taillights extend up all the way to the roof à la Volvo but also offer great visibility as a consequence. 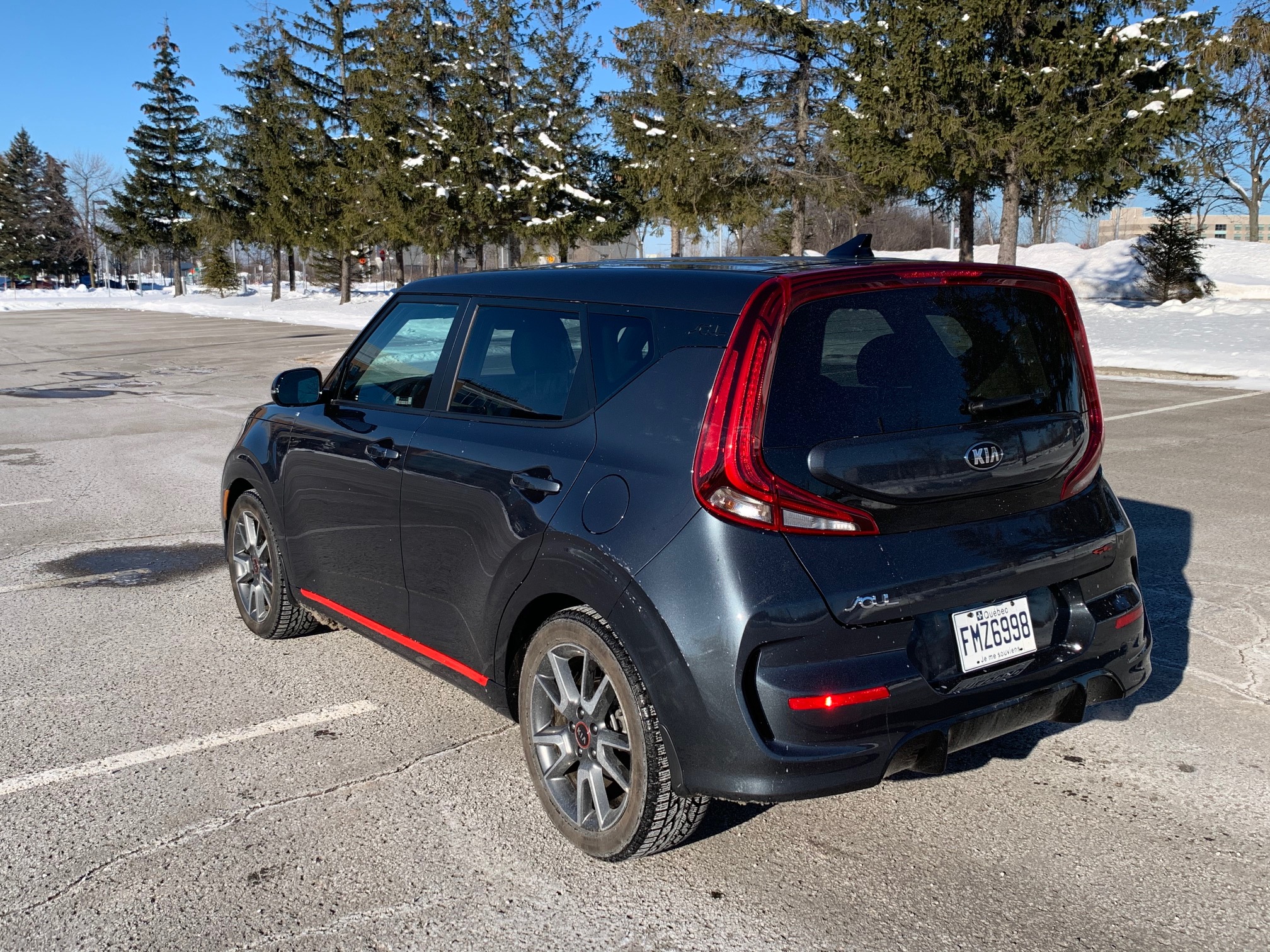 Moving on to the cabin, we find a similarly very appealing place to sit in. Red-stitched leather adorns the seats, steering wheel, dashboard and shifter boot. The overall layout is excellent and highly functional. By this I mean that everything is within reach, visually appearing and easy to use. The start button isn’t hidden away behind the steering wheel. The heated seat and steering wheel buttons are beside the shifter where you’d expect them. Most importantly, you can make quick adjustments to the temperature or volume via the provided dials. It can be highly frustrating when some manufacturers give you tiny tiny buttons that need to be pressed a dozen or so times to be able to blast the heat for instance.

Kia’s infotainment system is passable but a little confusing. The screen is split into columns and doesn’t make optimal use of the space. As you can see in the image, a third of the screen displays the temperature but this is also found in the gauge cluster. Yes, it can be modified but it’s all a bit complicated and I just feel it tries to do too much. That being said, the 10.25-inch touchscreen on the GT-Line is very visually appealing. 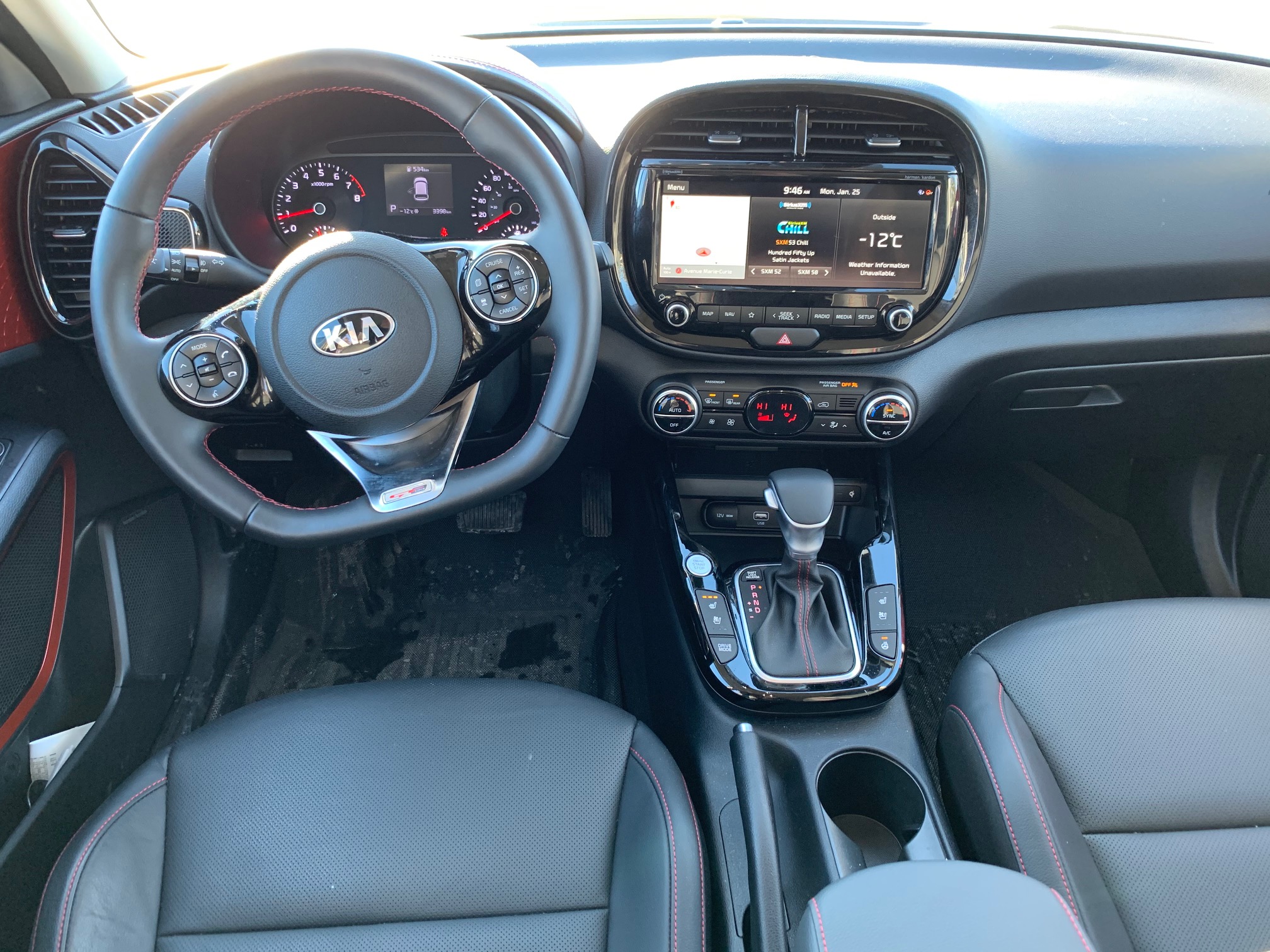 Being a box, visibility is excellent in the Soul. It also provides a lot of interior space for the dimensions and is very comfortable to drive. There are plenty of storage compartments in the doors and center console. Fold the seats down and you have even more space.

Powering all Kia Souls is a 2.0-lite four-cylinder engine making 147 horsepower and 132 lb-ft of torque. Power is put to the wheels via a continuously variable transmission (CVT). CVTs are great for fuel economy because they ditch set gear positions for constantly changing gear ratios. The downside to them is that they aren’t very performant. In this application, that’s not an issue because the targeted demographic likely isn’t drag racing their Souls at the local track.

Fuel economy was excellent and I averaged 7.1 L/100km during my week of city driving. That’s even better than the advertised 8.5L/100km city that Kia advertises. 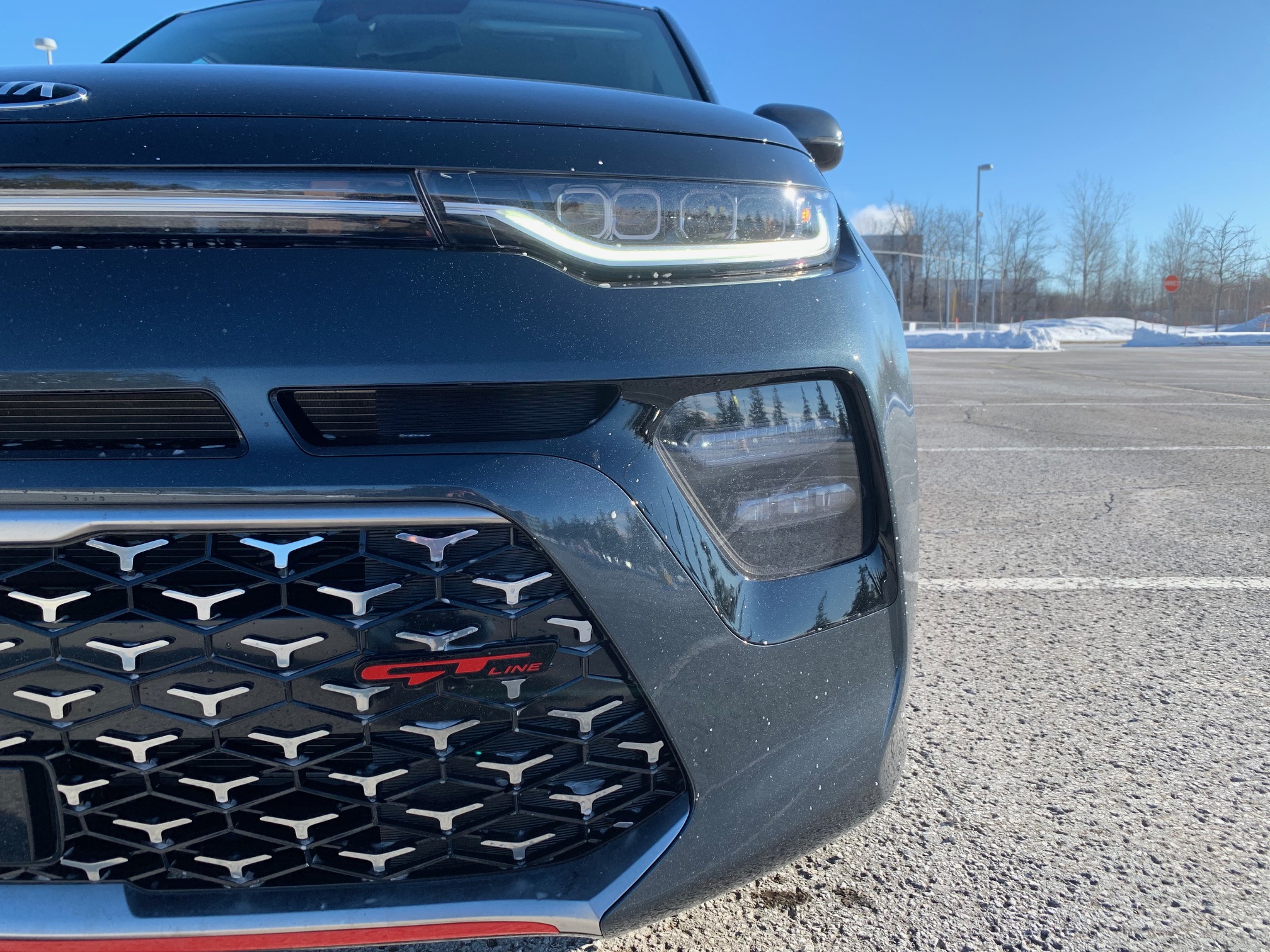 Surprisingly though, the Soul’s 147 horses seem to over perform. It was quite a bit peppier than I expected. The transmission delivers the power smoothly and the ride is confidant and firm. There is even a sport mode which will get you better throttle response, simulated shift points and steering that is a bit more in touch with the road.

The price of a base-model Kia Soul will run you a reasonable $21,995. To get a Soul GT like the tester this week will run you an extra $8,000 or so which I still find reasonable. The feature set is long and driving characteristics are good so there is a lot to like form this little quirky ride.  It’s not for everyone, I know but the Soul is a package that presents great value and style for those who are in the market for a fun vehicle. 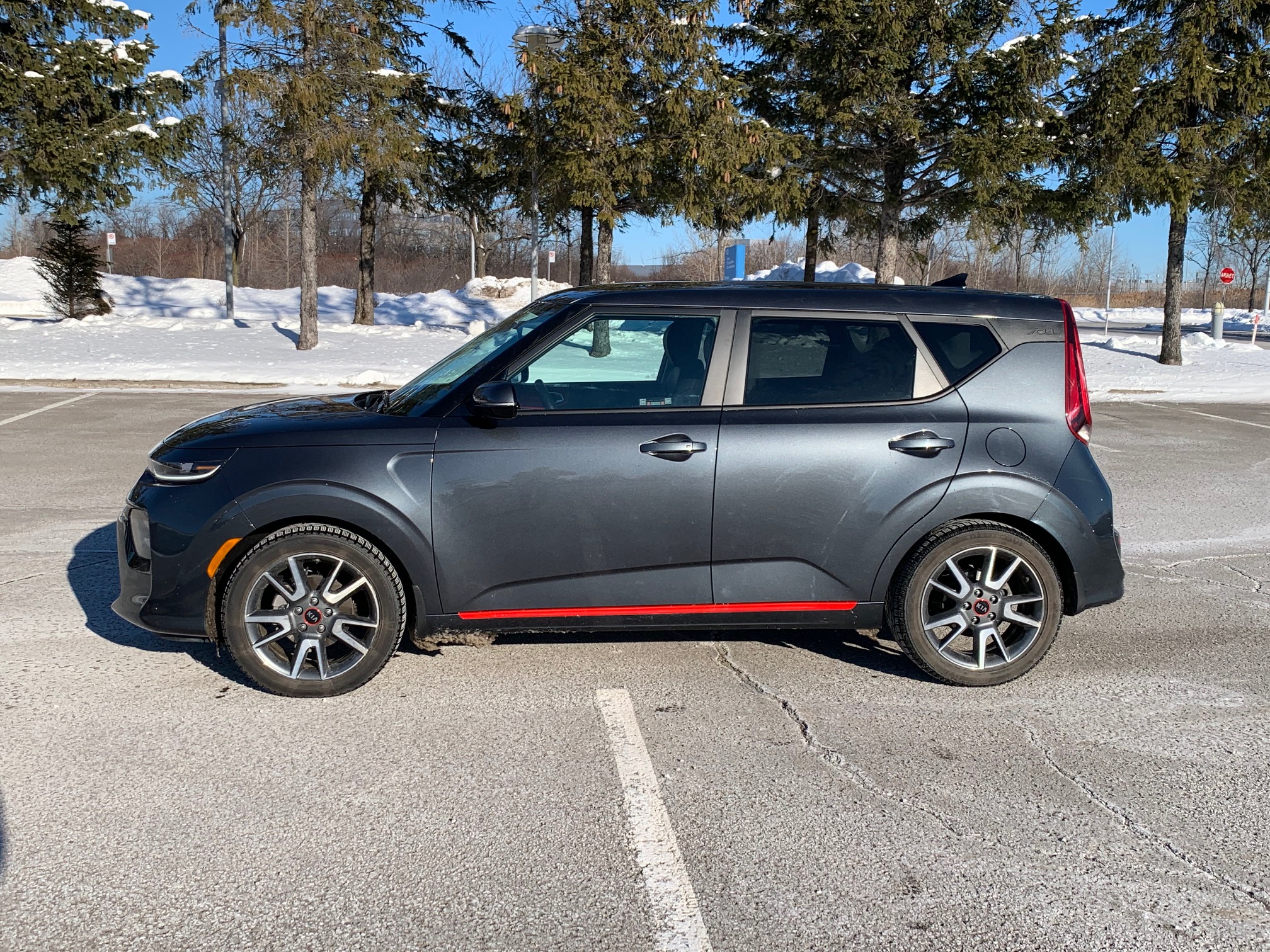 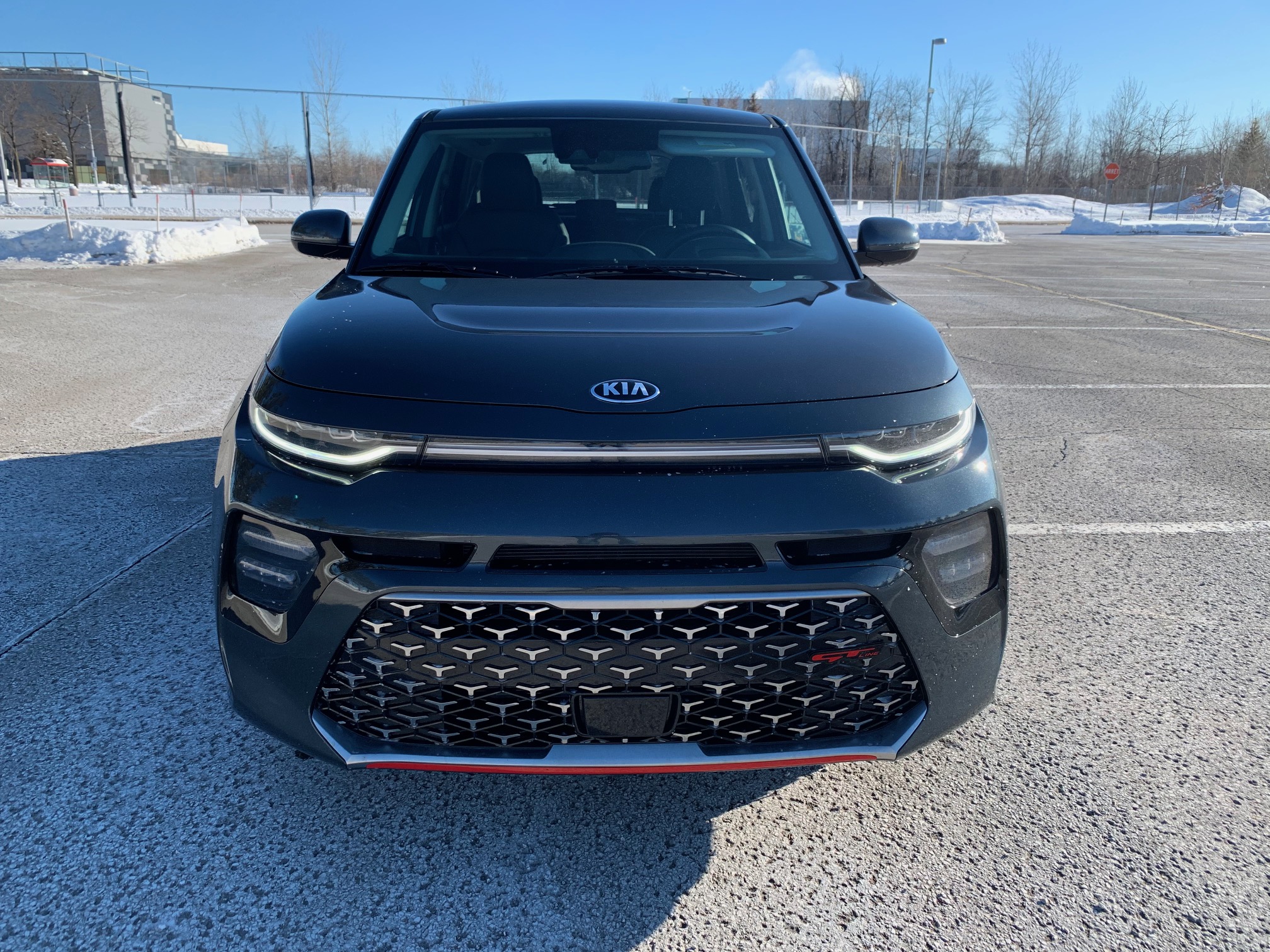 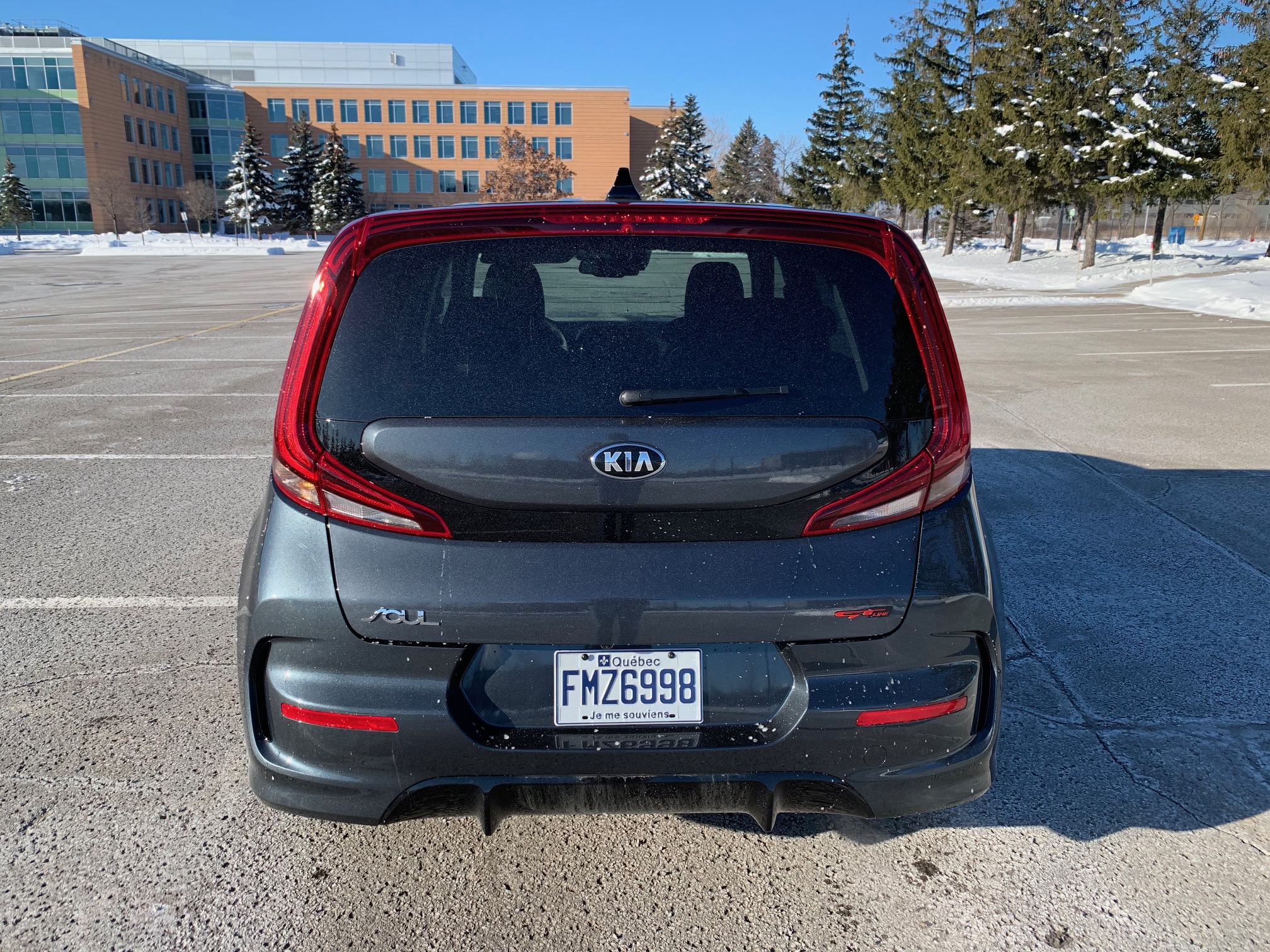 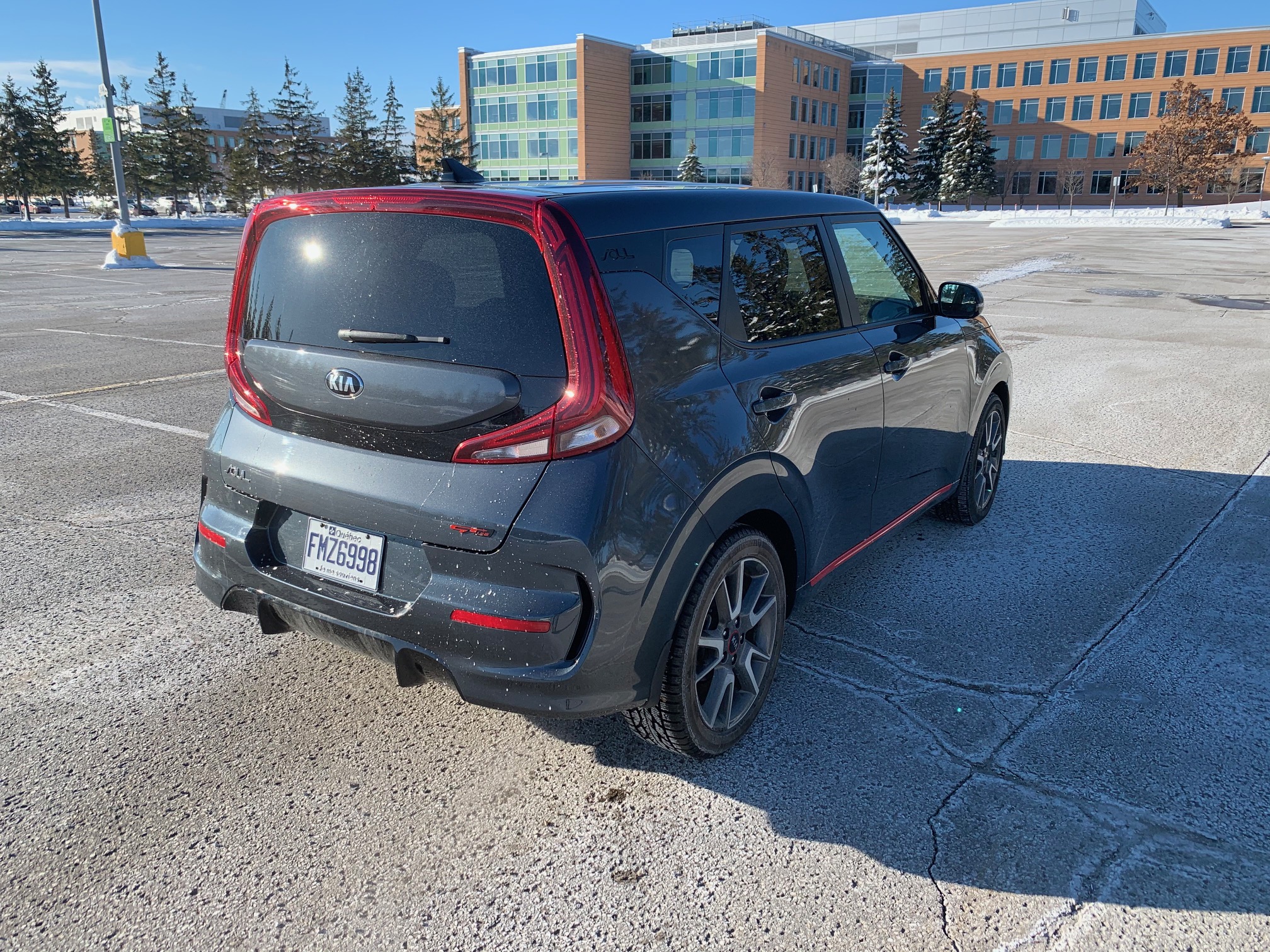 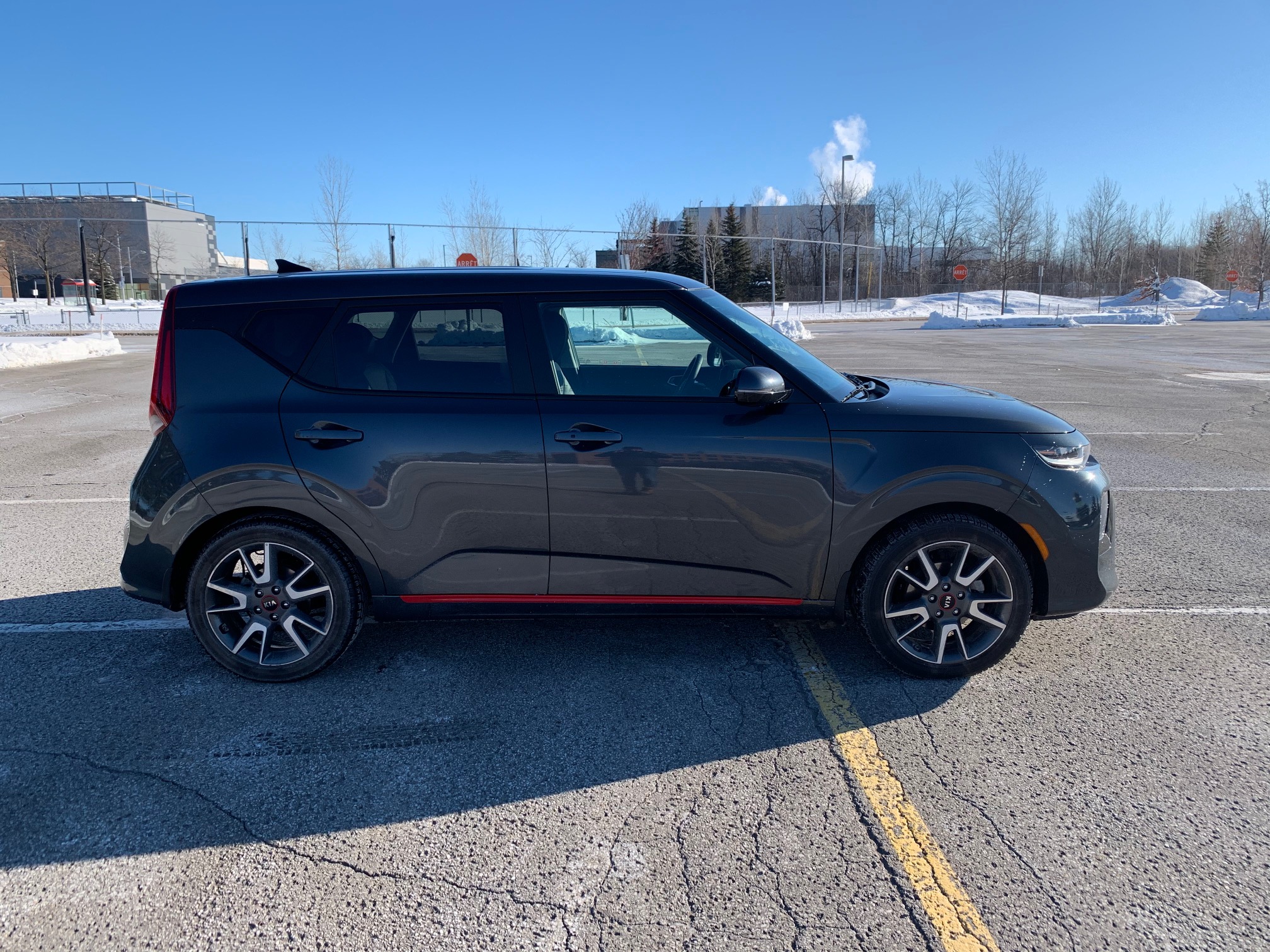 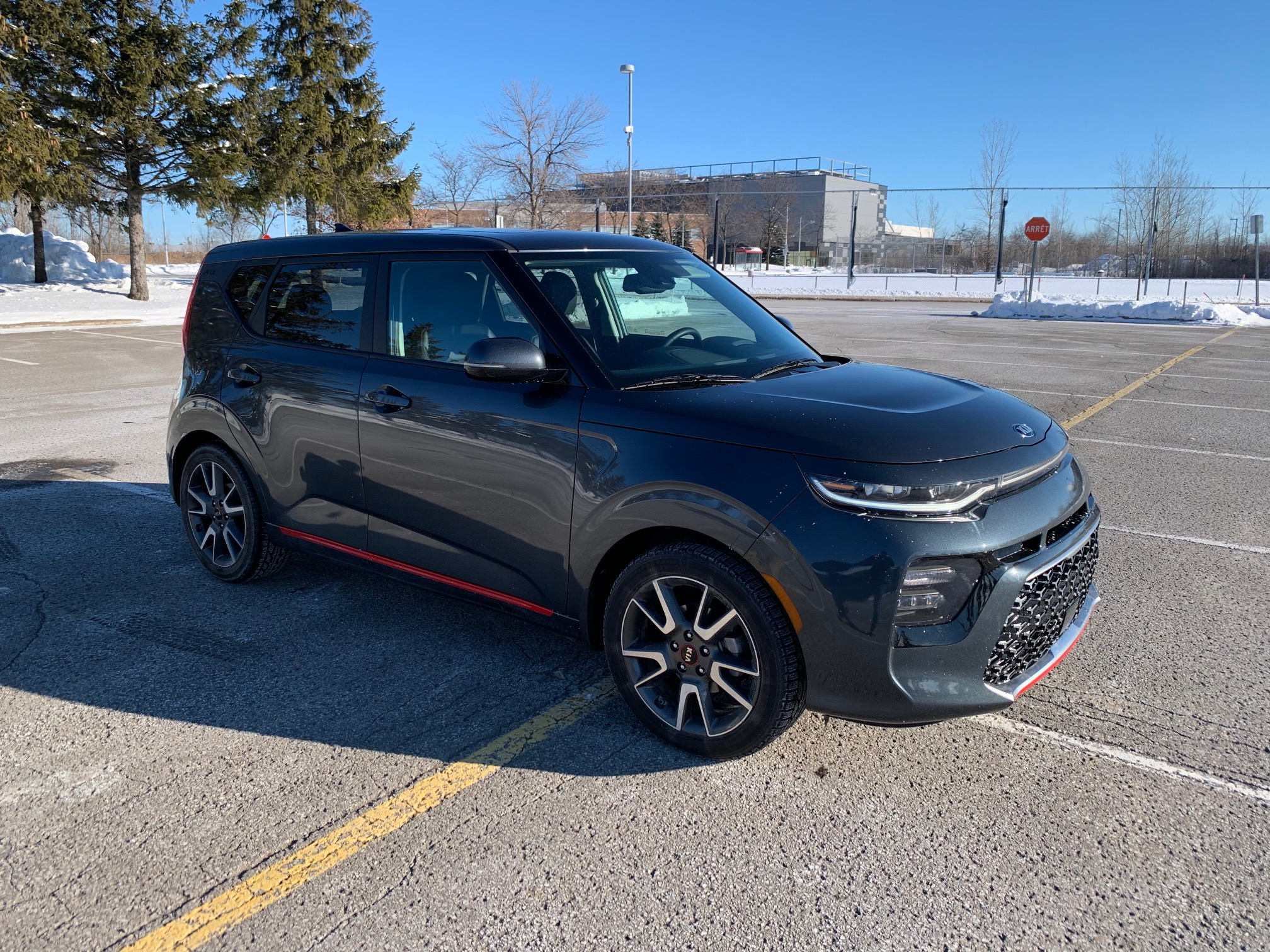 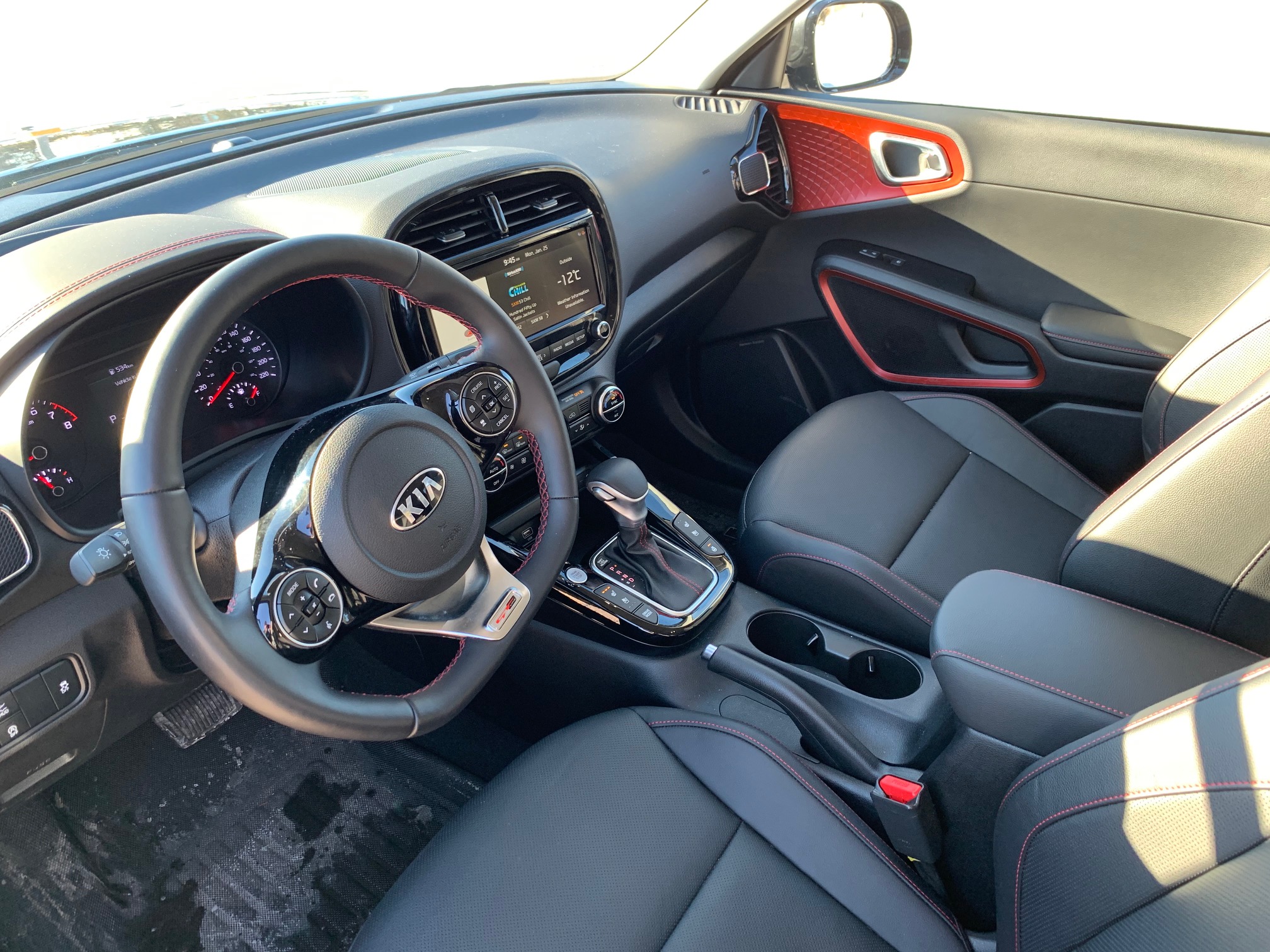 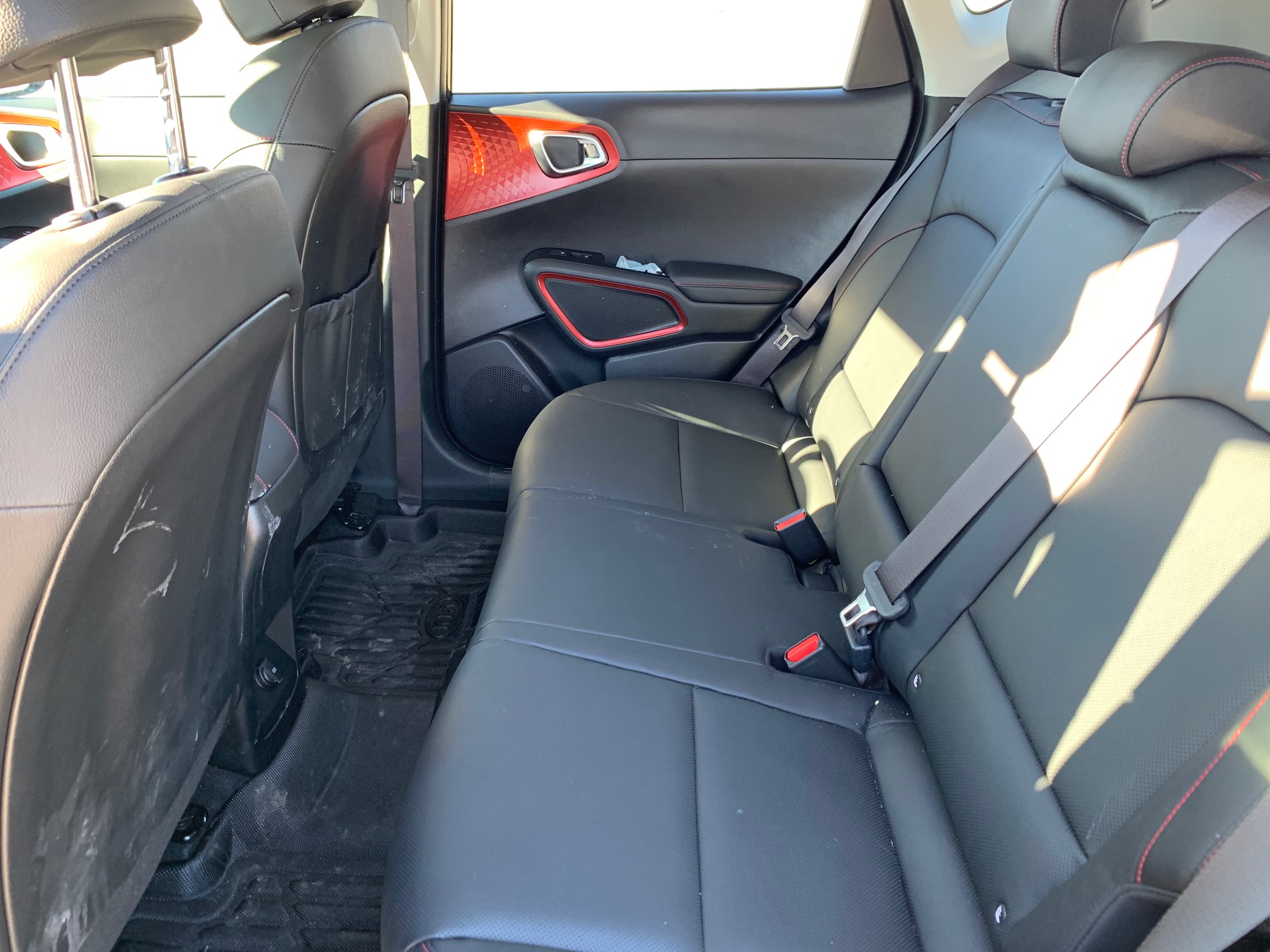 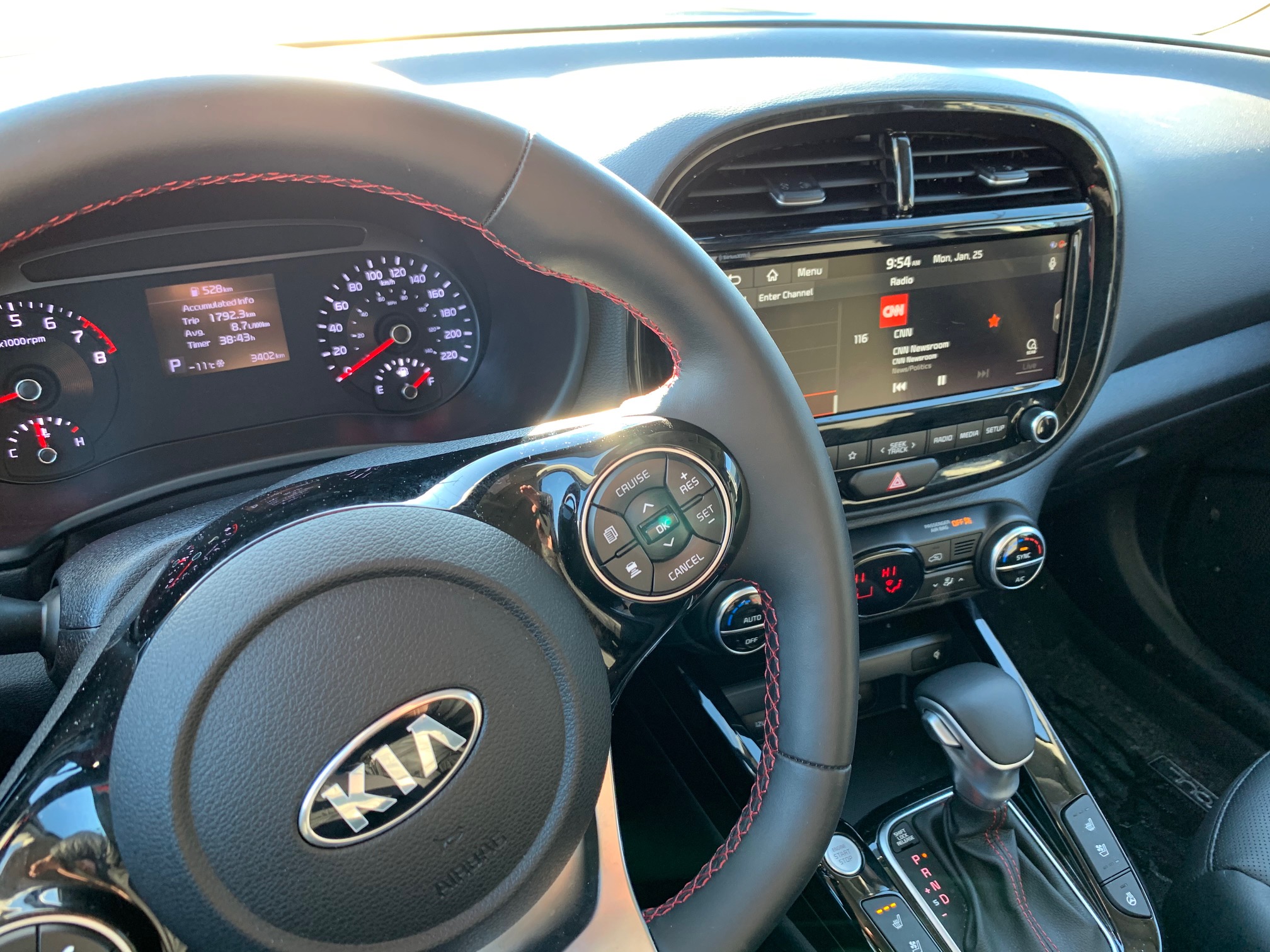 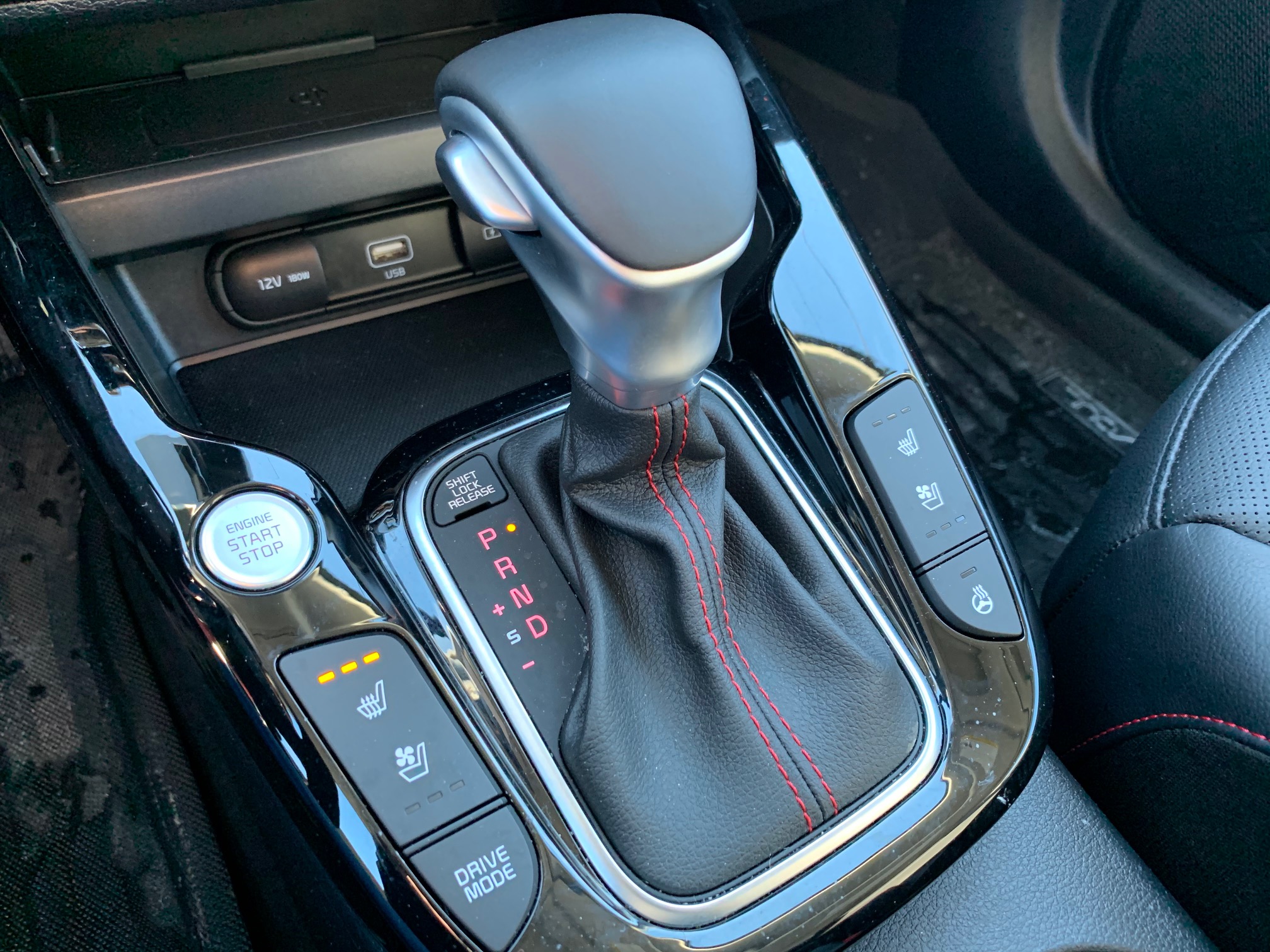