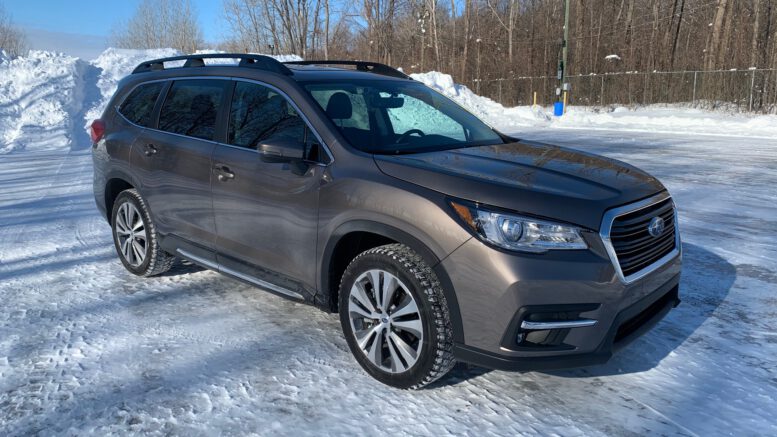 The Ascent mid-sized SUV returns for 2021 essentially unchanged from the year prior with the only modification being standard LED steering-responsive headlights, high beam assist and second and third row seat monitoring features. That’s not a bad thing because the Ascent has been one of my favorite SUVs that I’ve come across. I test a lot of SUVs because my blended family is 7 people and it gives the opportunity to really see their true colors.

The Ascent is a relative newcomer to the Subaru lineup, entering it only for the 2019 model year. It’s the largest Subaru ever produced, eclipsing the ill-fated and odd-looking Tribeca from 2006-2014. The Ascent is nothing like the Tribeca and really sports Subaru’s design language beautifully. 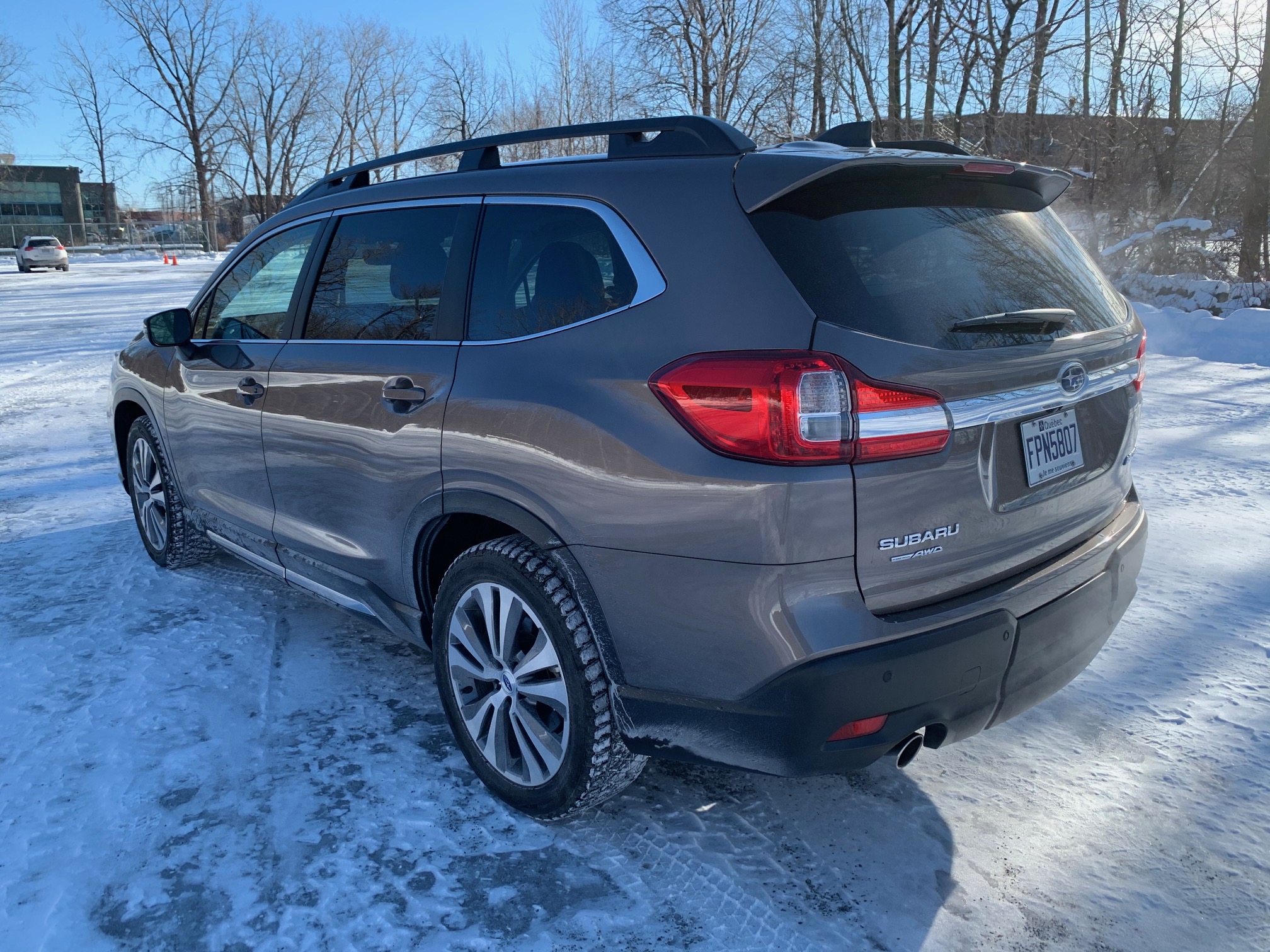 The three-row configuration allows the Ascent to seat up to eight passengers though most people will find the captain’s chair configuration a bit more practical. I previously owned a minivan and the thought of being able to replace it with an SUV was quite exciting. No SUV will be able to replicate the sheer storage capacity of the minivan, however as the kids get a bit older, more possibilities open up.

The seat folding operation to access the third row is easy and can be done with one hand. As I mentioned, having captain’s chairs instead of the bench in the middle row makes access to the third row easier but the sacrifice is one seating position. USB ports in the second and third rows are a nice touch for those who need to charge their devices.

Subaru has done an amazing job making the Ascent’s cabin a wonderful place to sit in. The leather seating was high quality and comfortable. The dash layout is pleasing to the eye and functional. I can’t understate how important it is to a have easy to use basic functions like climate control and volume. Often times, manufacturers try and limit the number of physical buttons but the Ascent doesn’t make that mistake. A traditional gear shifter is also a breath of fresh air compared to some of the contraptions I’ve seen of late. 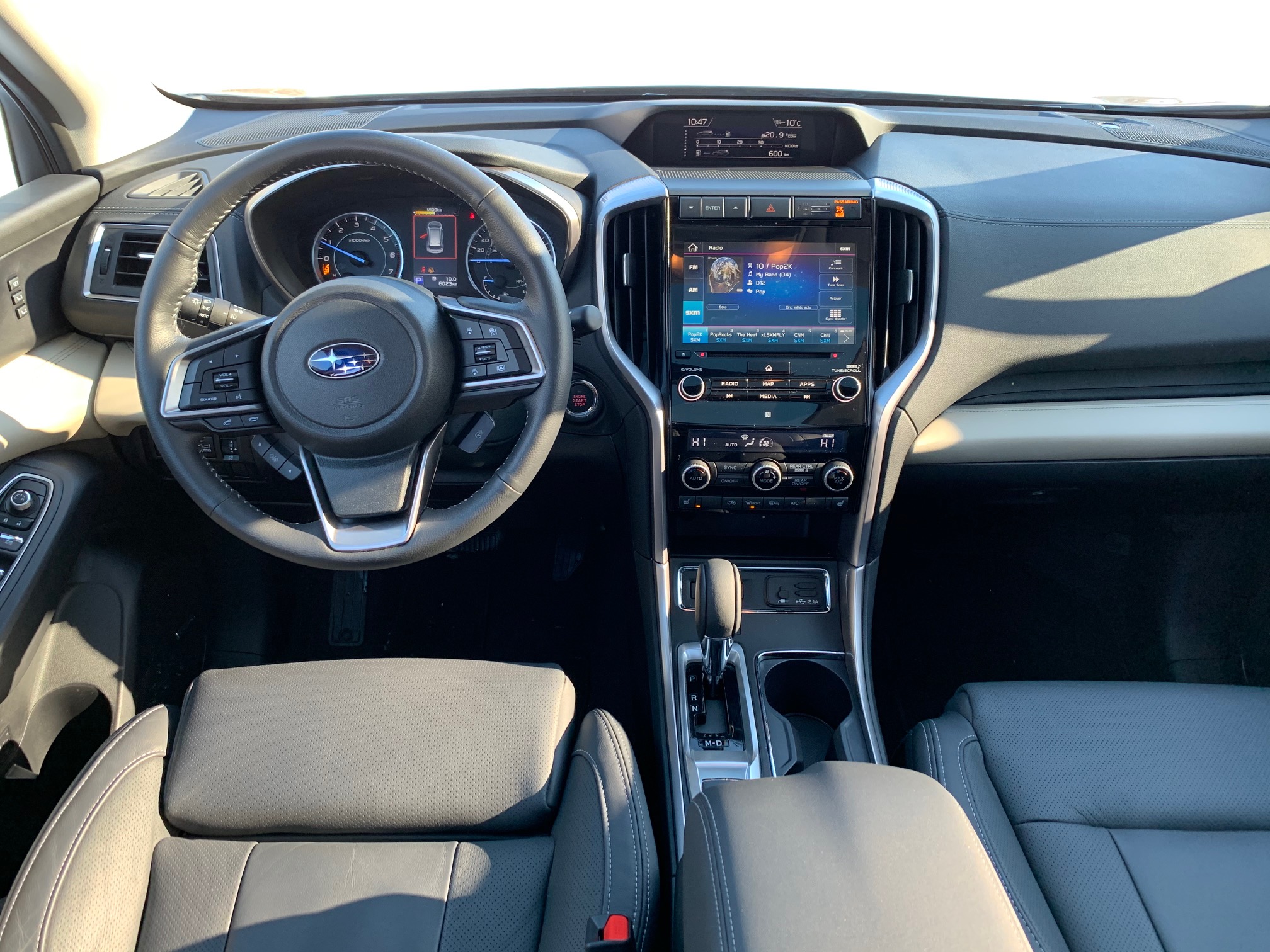 All Ascent models come equipped with a rear-seat reminder system in both the second – and now third -row seats, designed to help mitigate the risk of children or pets being left in the vehicle by reminding the driver to check the rear seat area before exiting the vehicle. Now in 2021, all Ascent models add a second- and third-row seatbelt reminder, which enables a dash warning light as an indicator if a passenger is not wearing a seatbelt. I found the seatbelt monitor particular helpful.

The exterior styling is decisively Subaru and adapts nicely to the large SUV. There is 8.7 inches of ground clearance and the engineers have made it so you don’t have a huge step up to get into the cabin. This is handy for those outdoorsy types who plan to take the vehicle off the main road and up a ski hill or to the cottage. Standard adjustable roof rails mean you can strap on a bunch of stuff like kayaks, canoes or ski equipment very easily. If that wasn’t enough, the Ascent can tow up to 5000 pounds which was previously unavailable as a convenience in any other Subaru.

When the Ascent first hit the market, it did so with an all-new engine which is still used today. It’s a 4-cylinder, 2.4-litre direct injection turbocharged unit making 260 horsepower and 277 pound-feet of torque. The transmission is continuously variable (CVT for short) but has a lock-up torque converter, paddle shifters and of course Subaru’s famed symmetrical full-time all-wheel drive system. Power is plentiful and the delivery is smooth but the CVT isn’t the sportiest of options. 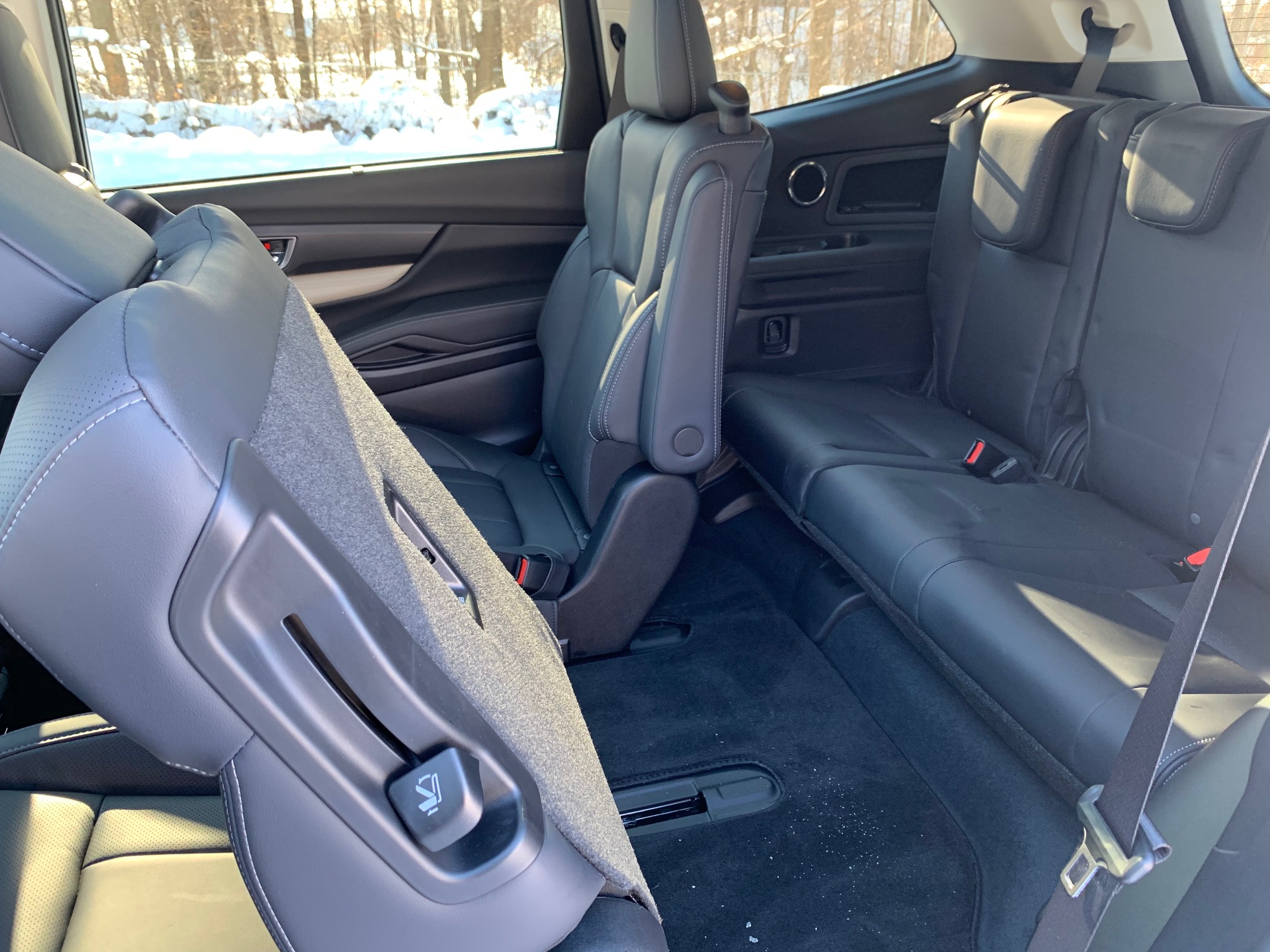 For daily driving the Ascent was near perfect. The ride is smooth and firm yet comfortable at the same time. Visibility is good in most areas although the front-end proportions are quite large and in the field of view. Steering and cornering were both quite good. I averaged about 12L/100km in my week with the Ascent which is just above the published fuel economy figures.

The brand’s award-winning EyeSight driver-assist system is standard on the Ascent.  It includes adaptive cruise control, lane keep assist, lane departure and sway warning, pre-collision braking and pre-collision throttle management. It also watches your eyes to see if they wander from the road and alerts you if so.

The test vehicle came with Subaru Starlink Connected Services which allows the vehicle to communicate to your smartphone via the MySubaru app. You can access the remote engine start, adjust the climate controls in real time, lock or unlock the doors, and locate your vehicle. I found it really handy to be able to start the car from a distance without having to check and see if it’s on because the app tells you. It can be done from as far away as you like as long as you have a wifi or cellular signal. The system also provides protection against theft and can come to your aid in the event of a serious accident by putting you in touch with first responders.

The Ascent does everything it needs to do very well. This puts it in the same league (or better) than any of the competition that has been around for decades such as the Pilot, Highlander or Pathfinder. Some features that could be added to improve value are wireless smartphone charging, heads up display and a digital speedometer.

The starting price of the Ascent is likely to be a strong motivator for most buyers. You can get into a base model for a very reasonable $39,183 with transport included. That’s a great price for an eight-passenger vehicle. The most expensive is the high-end Premier trim is $53,683. 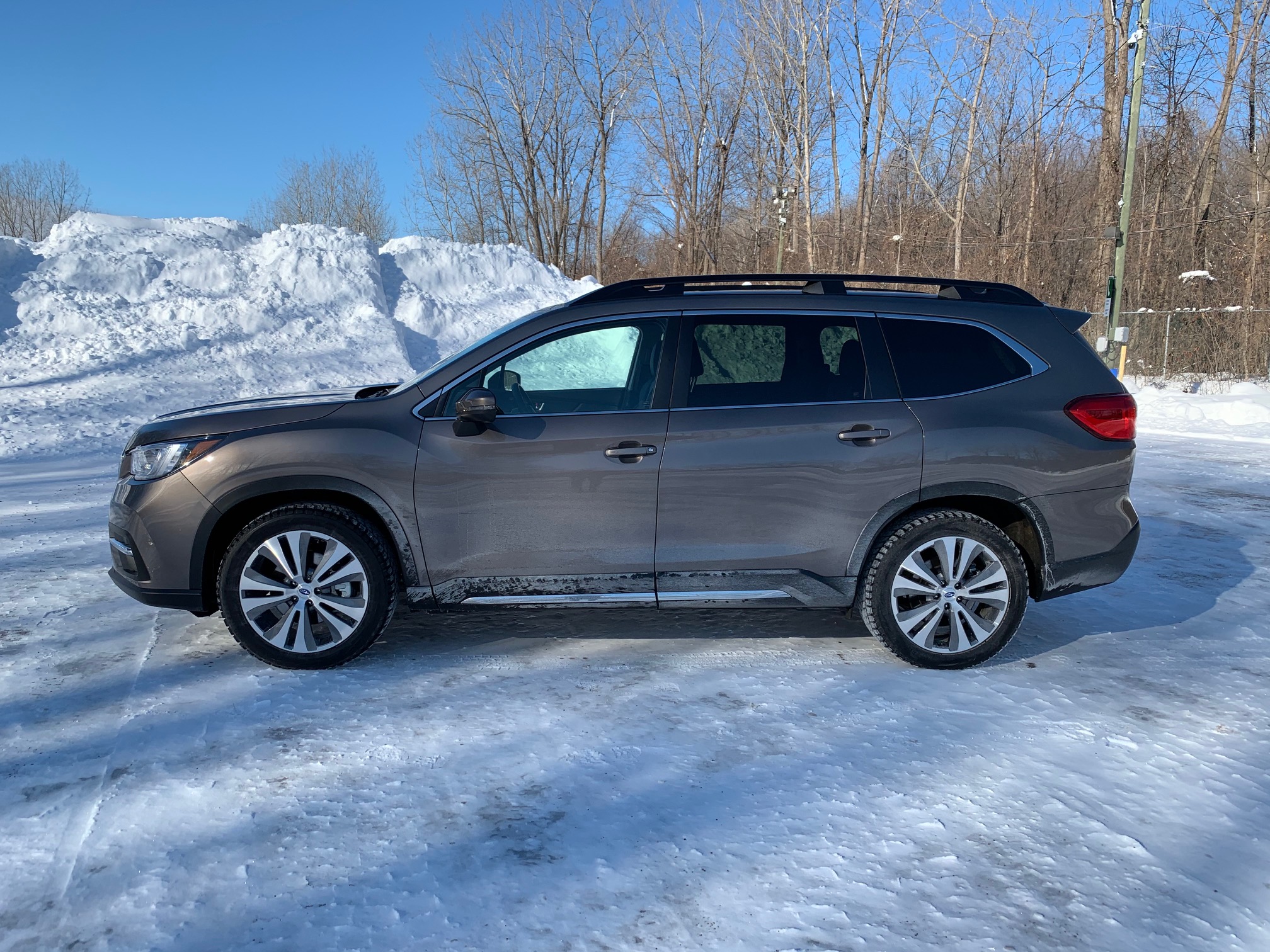 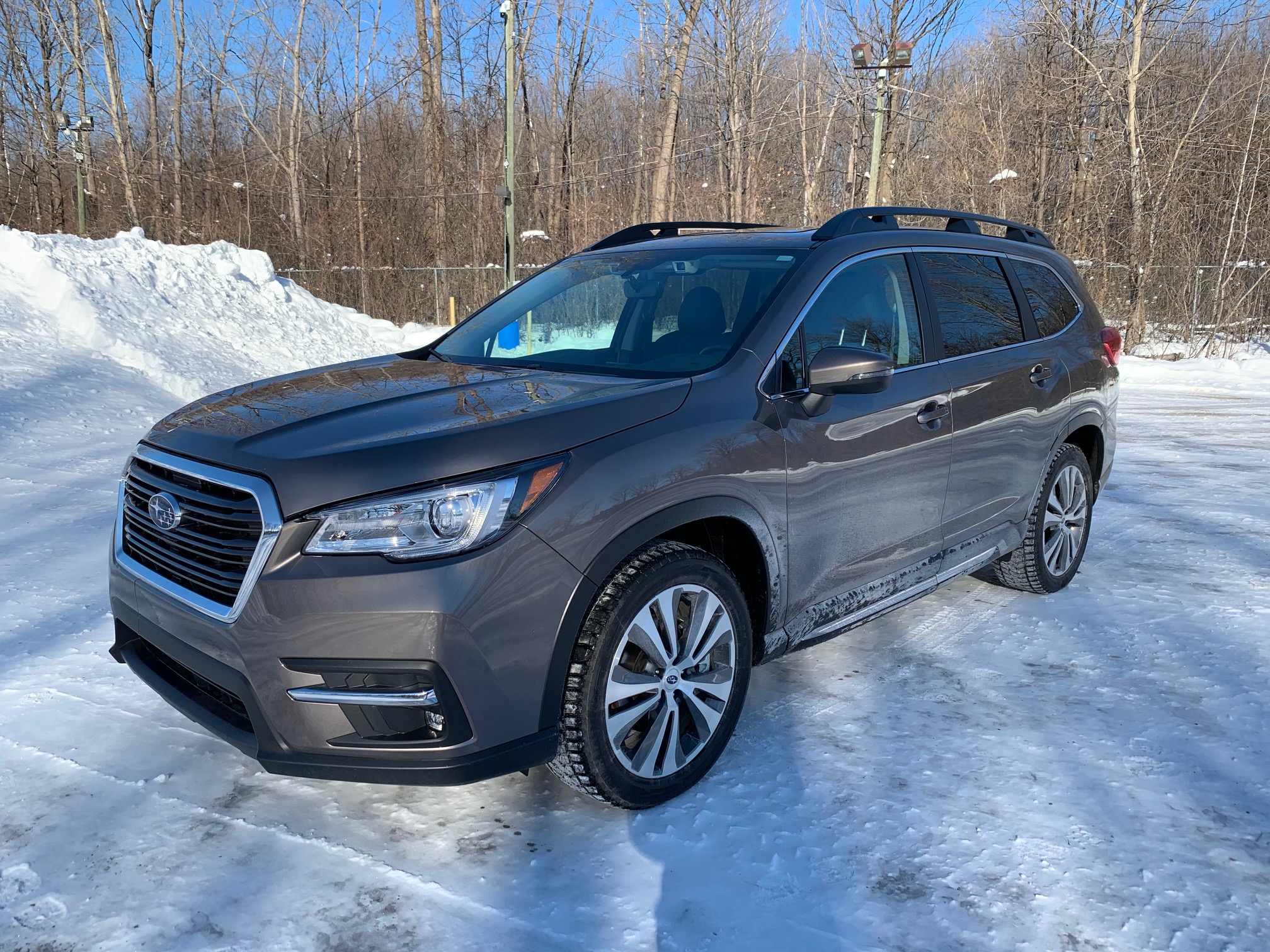 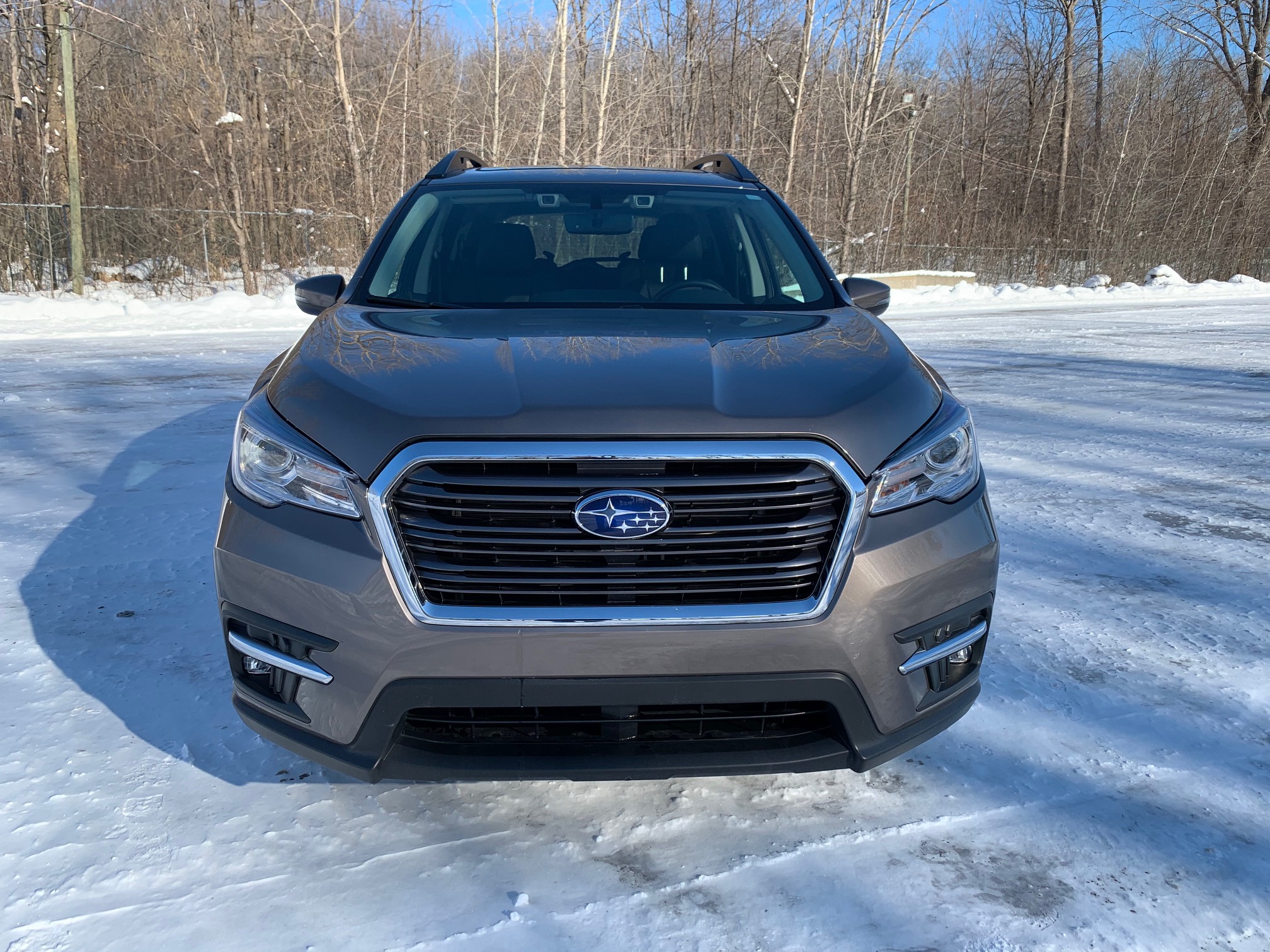 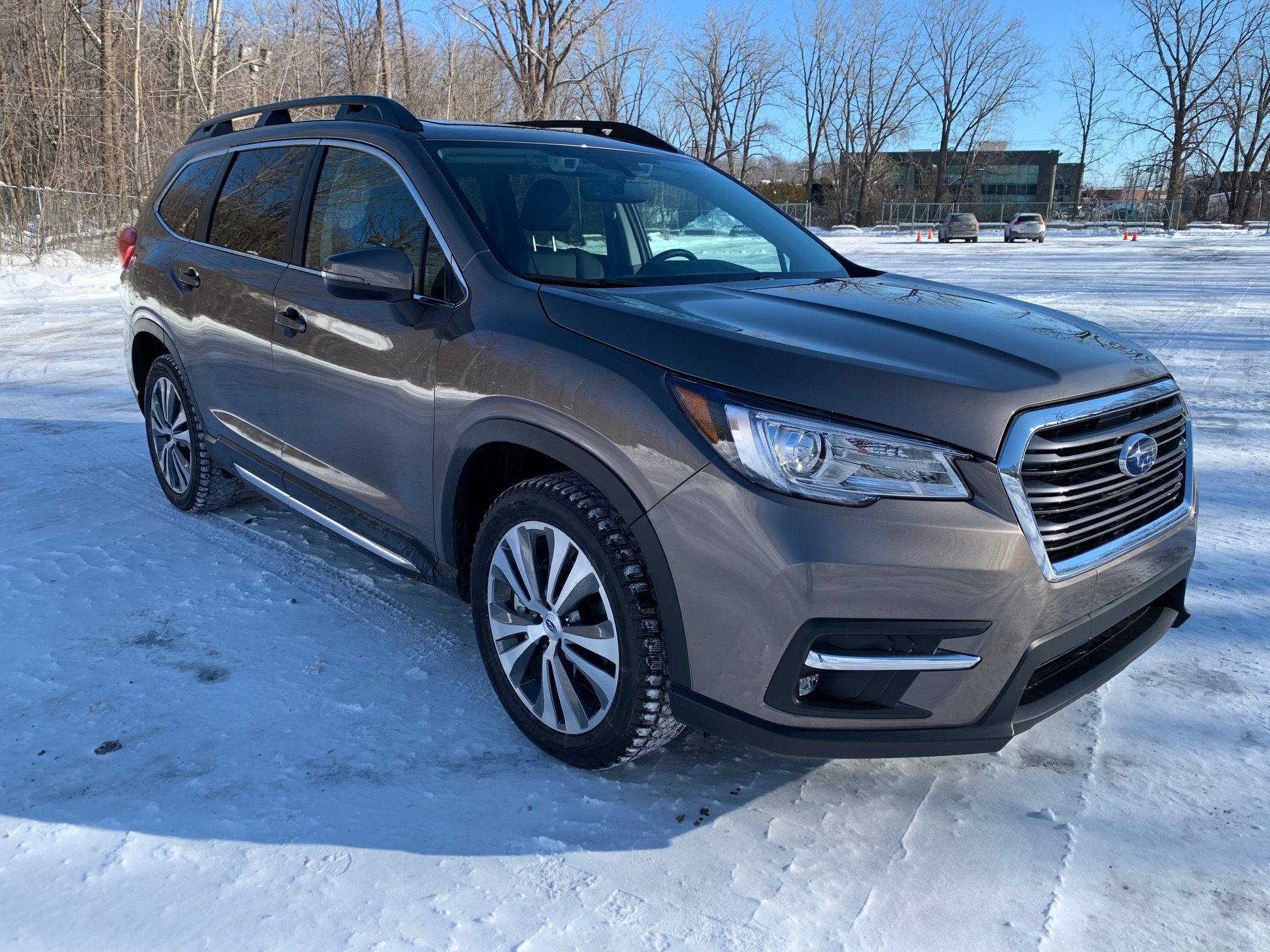 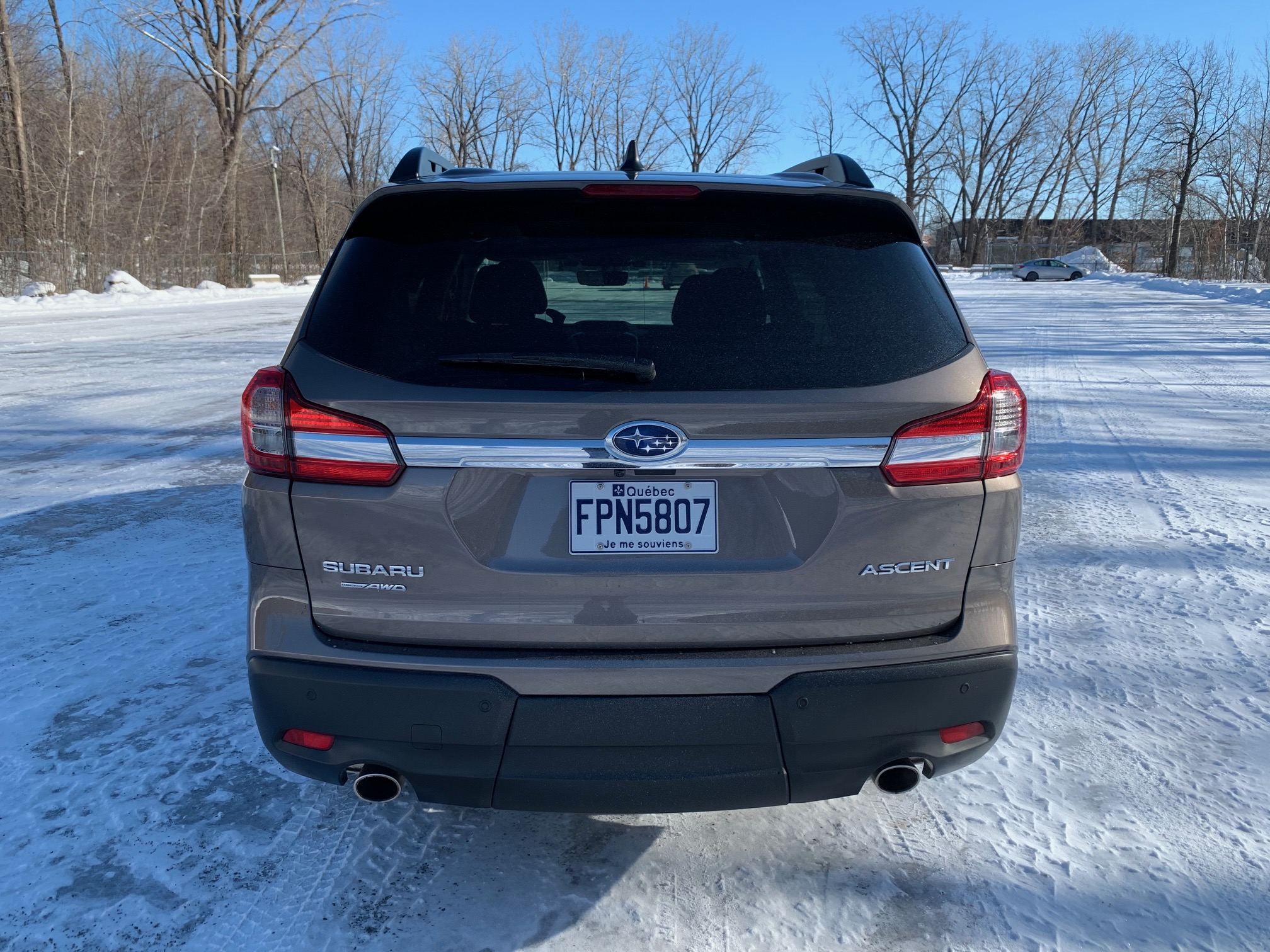 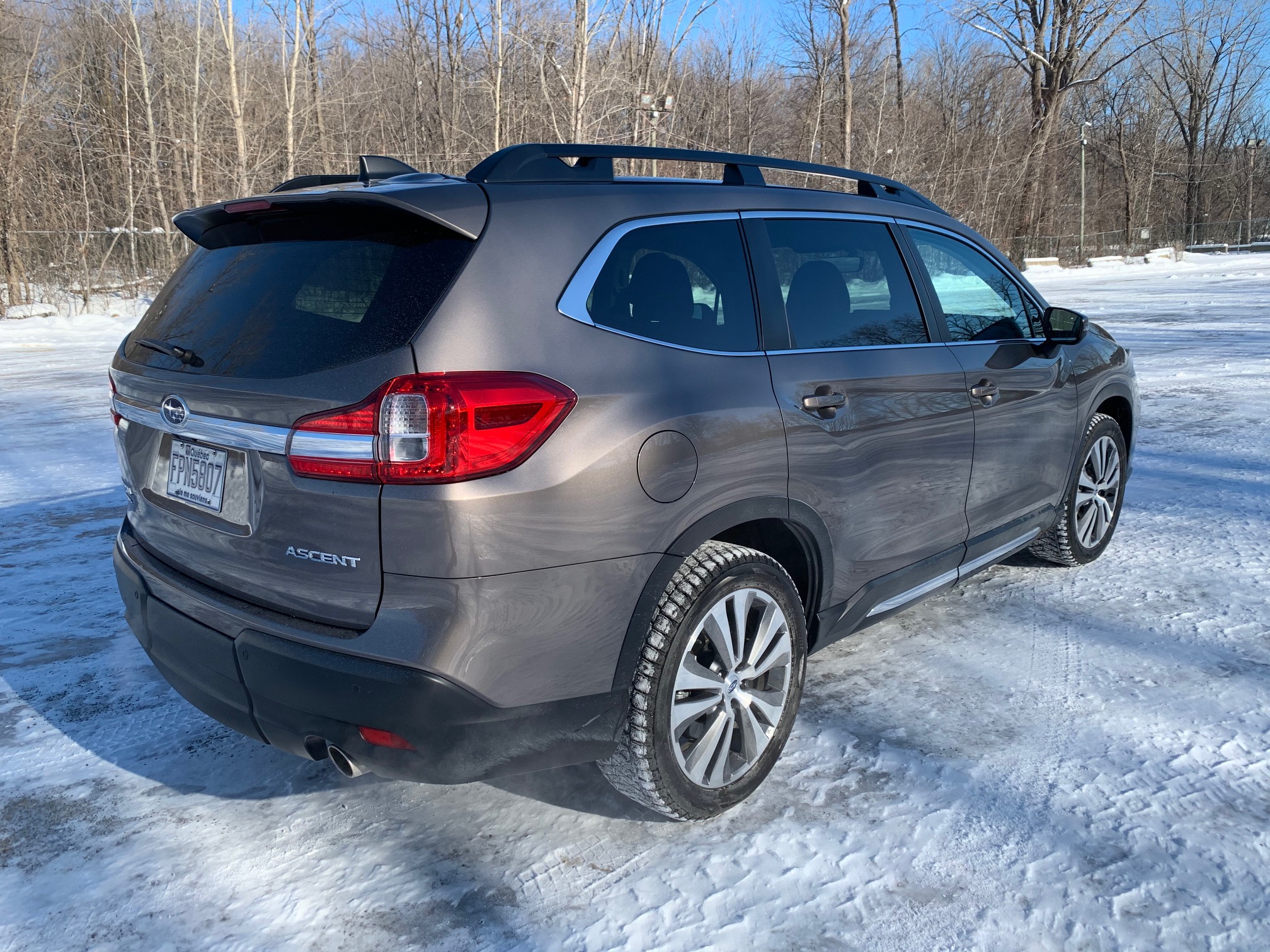 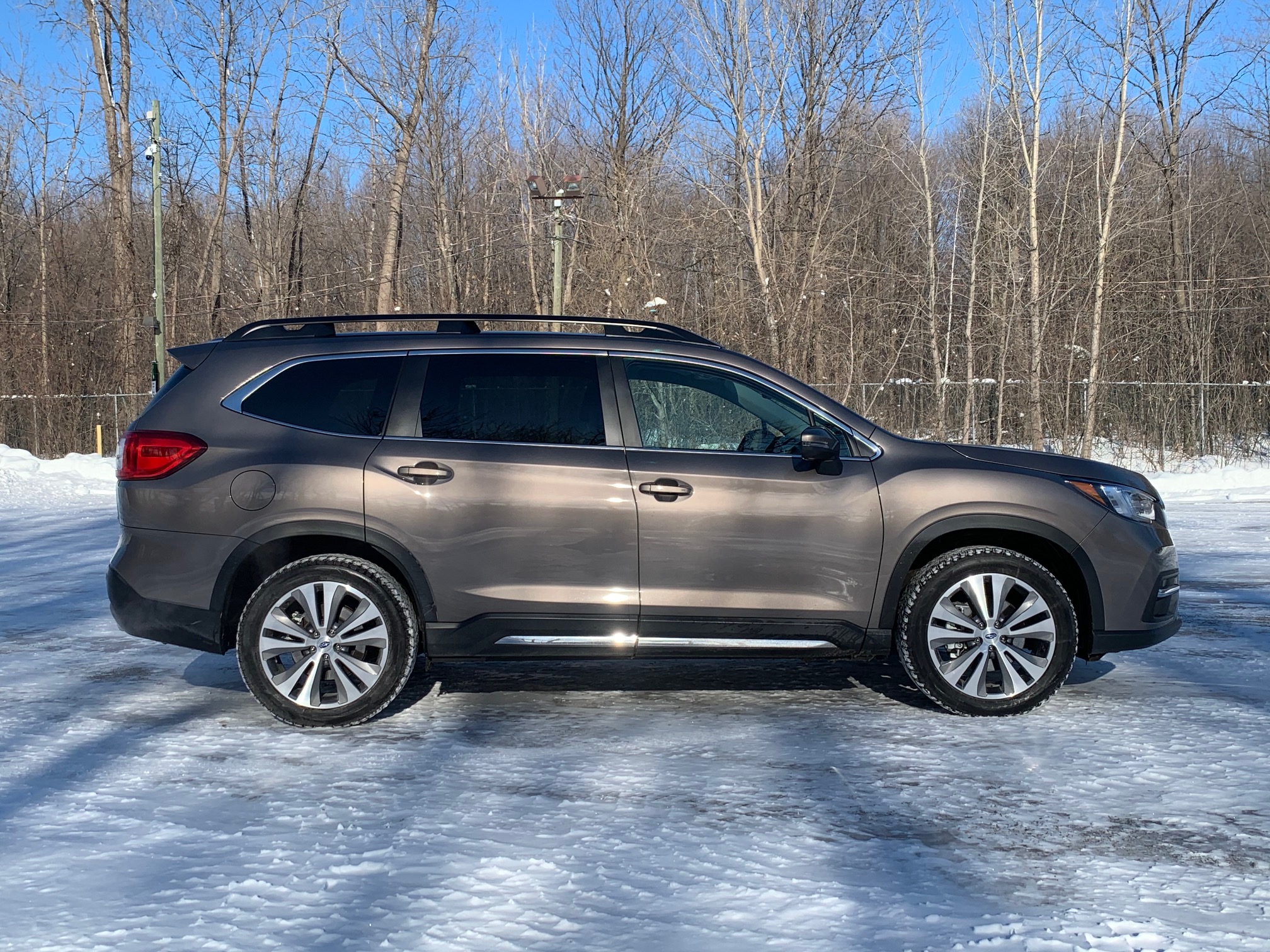 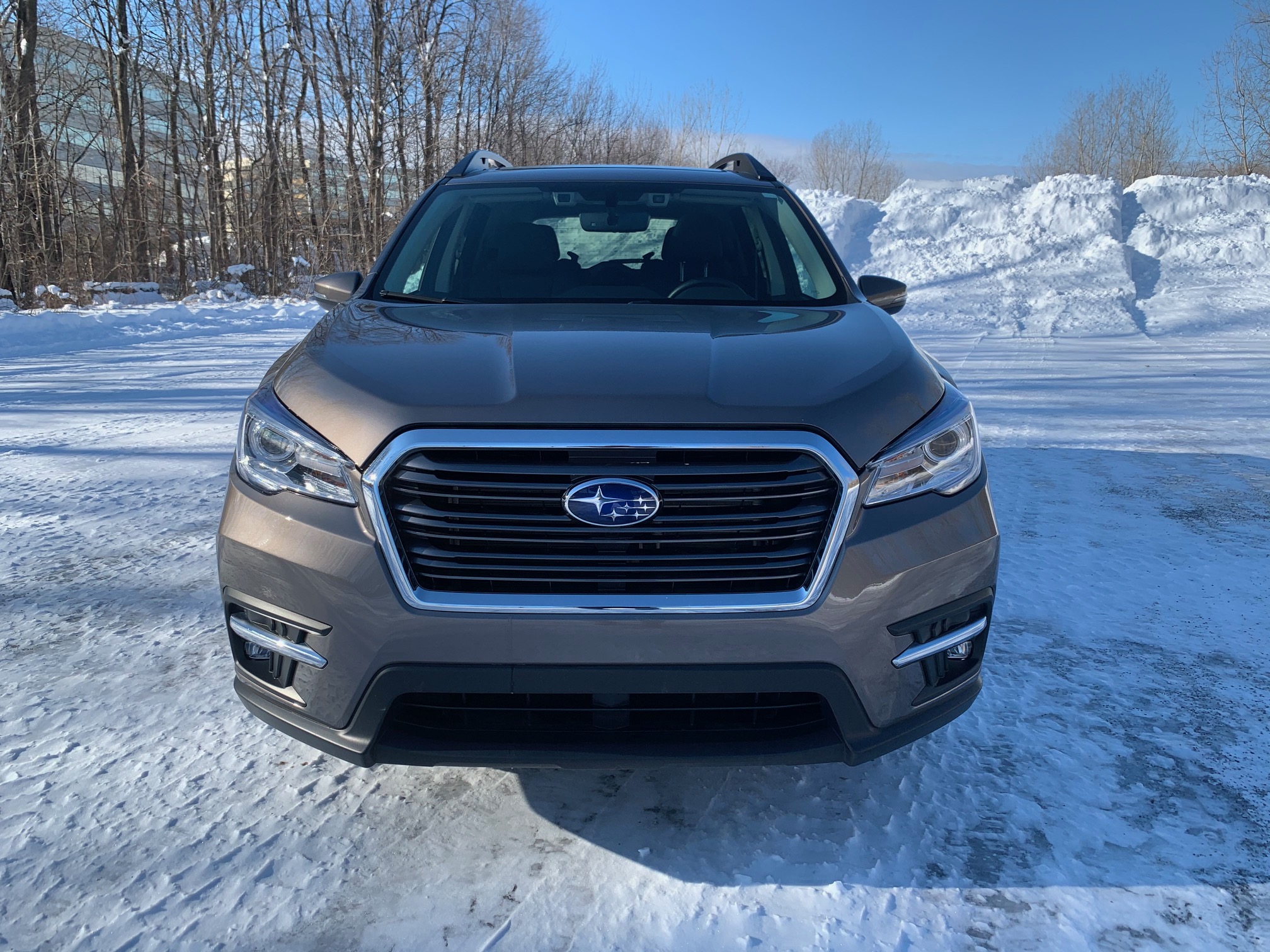 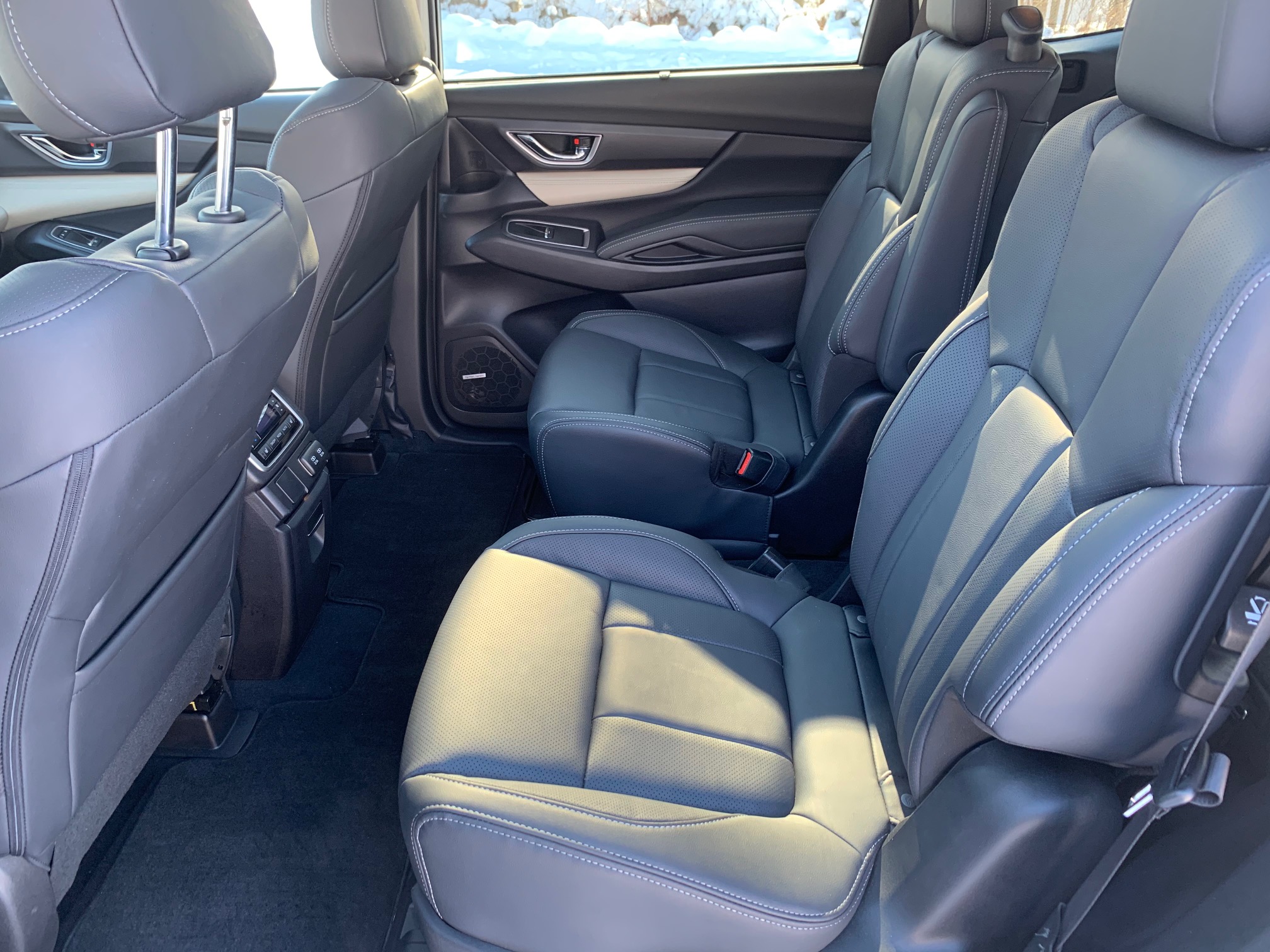 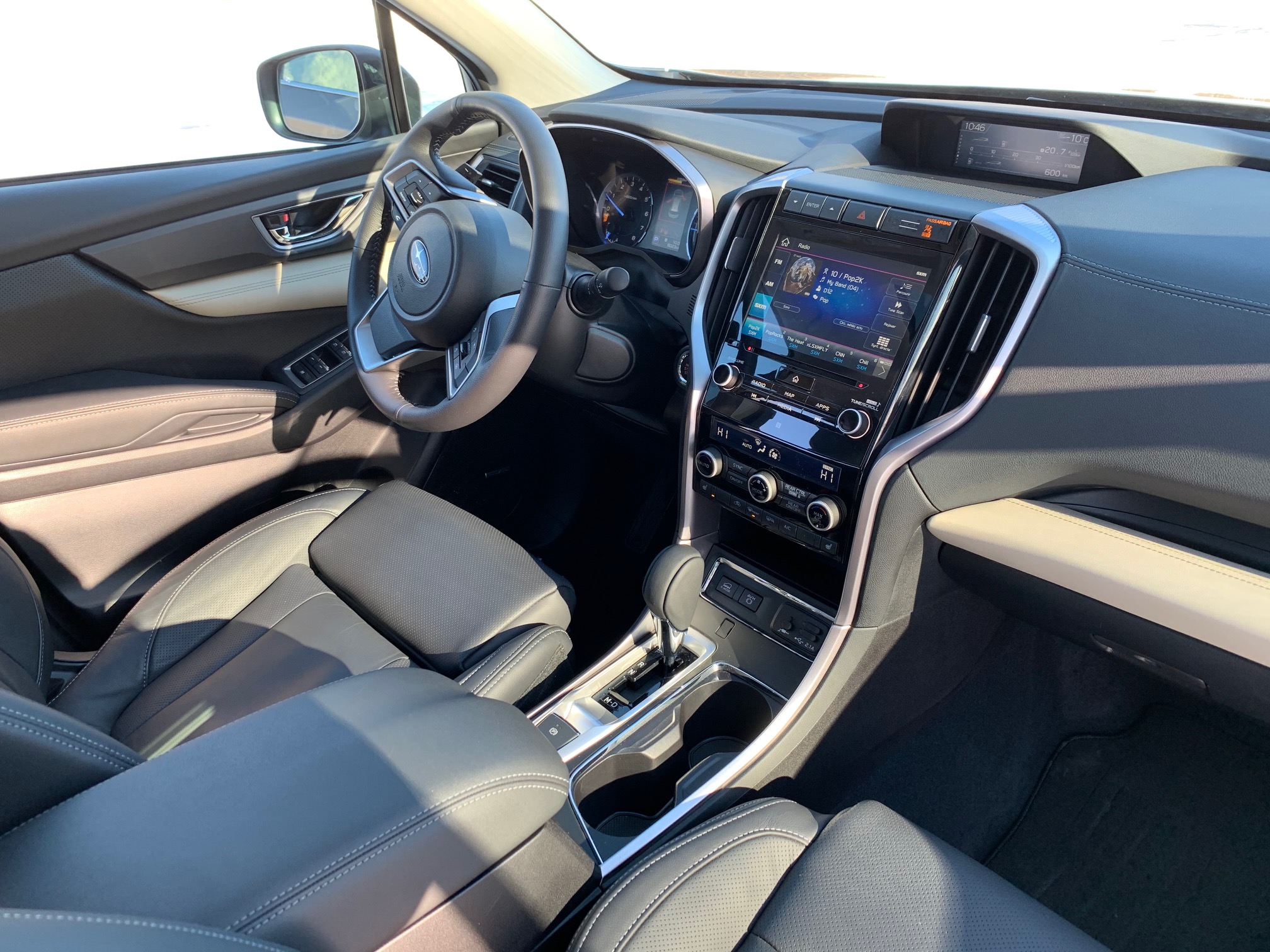 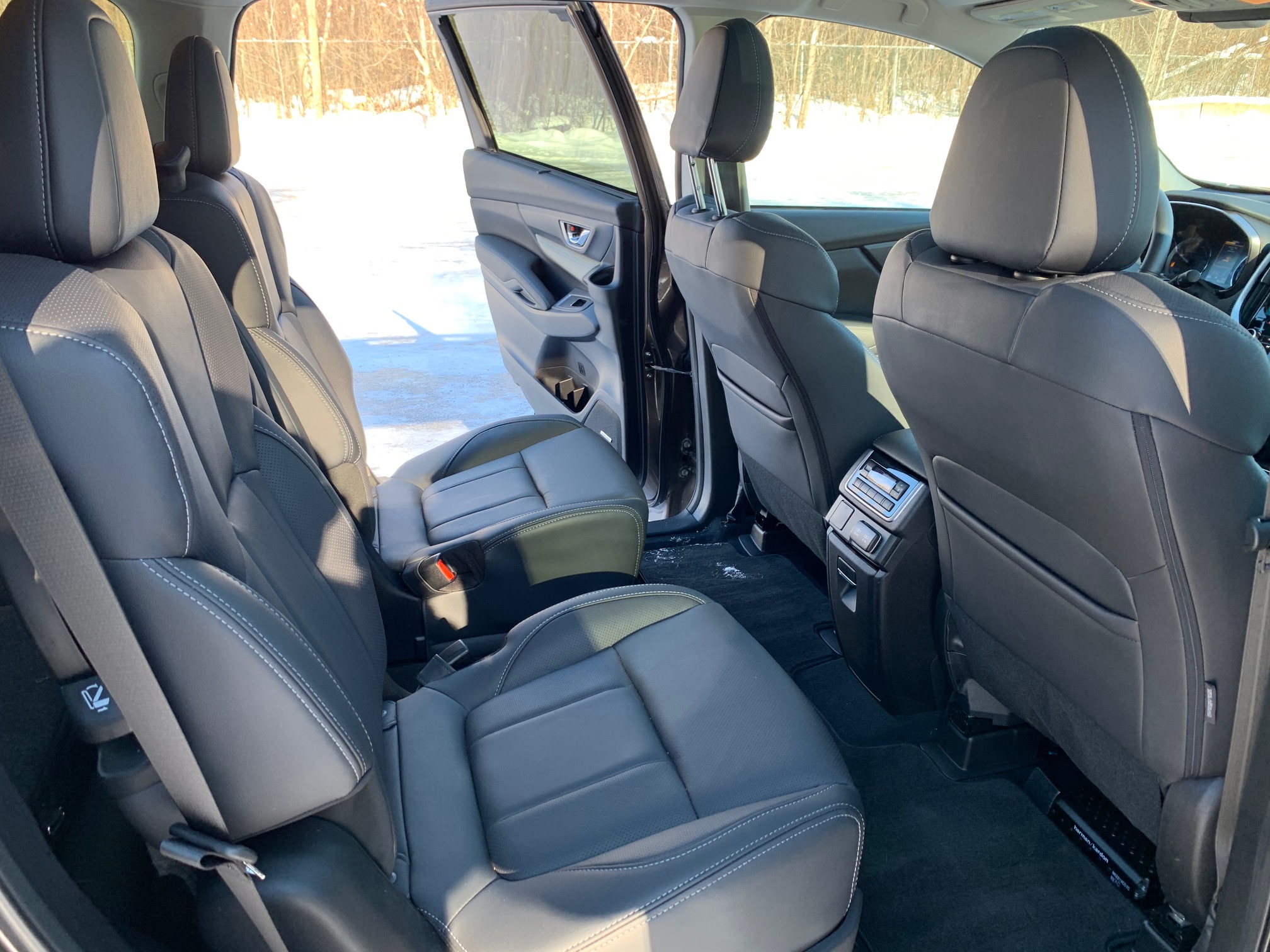 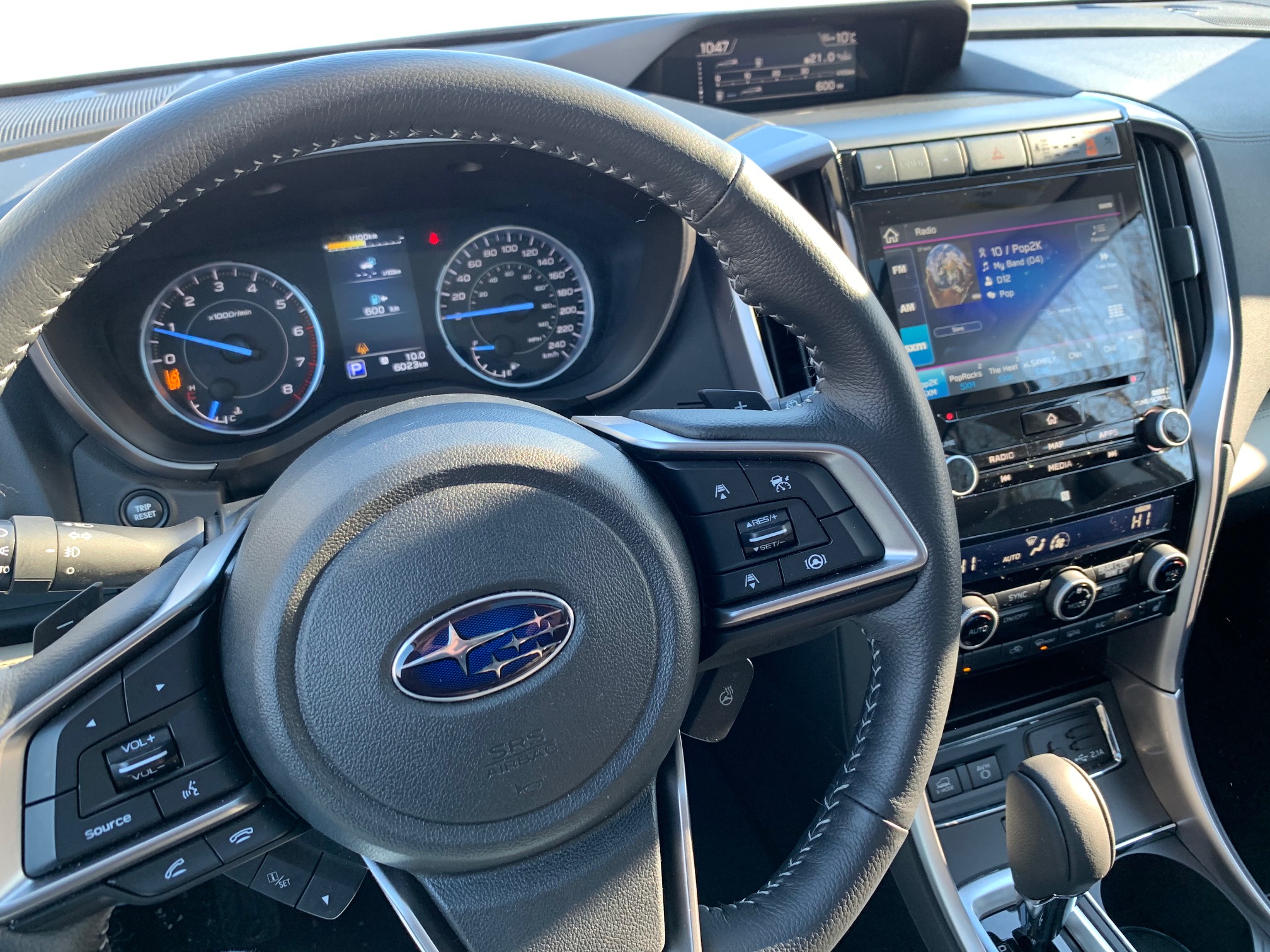 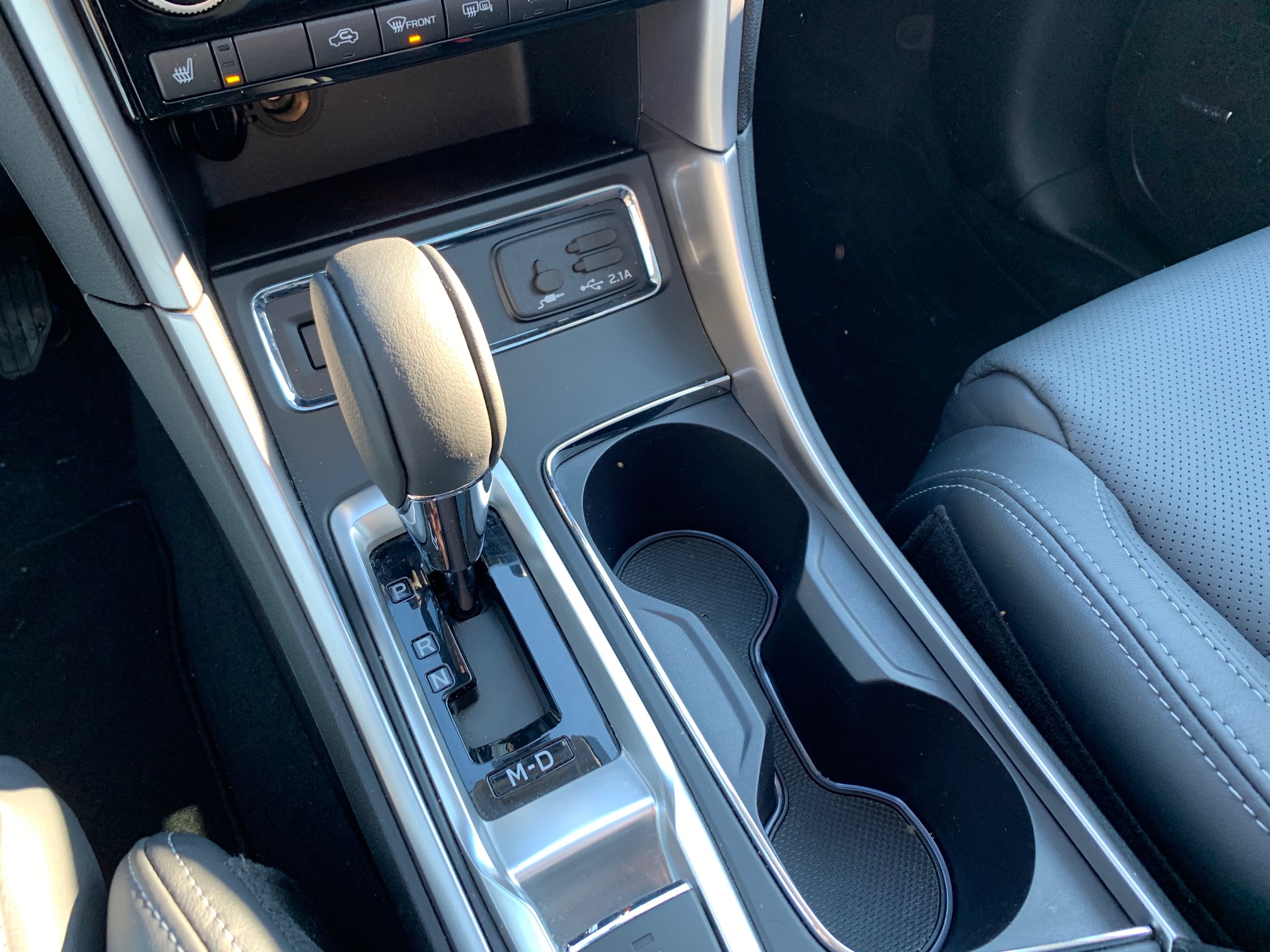 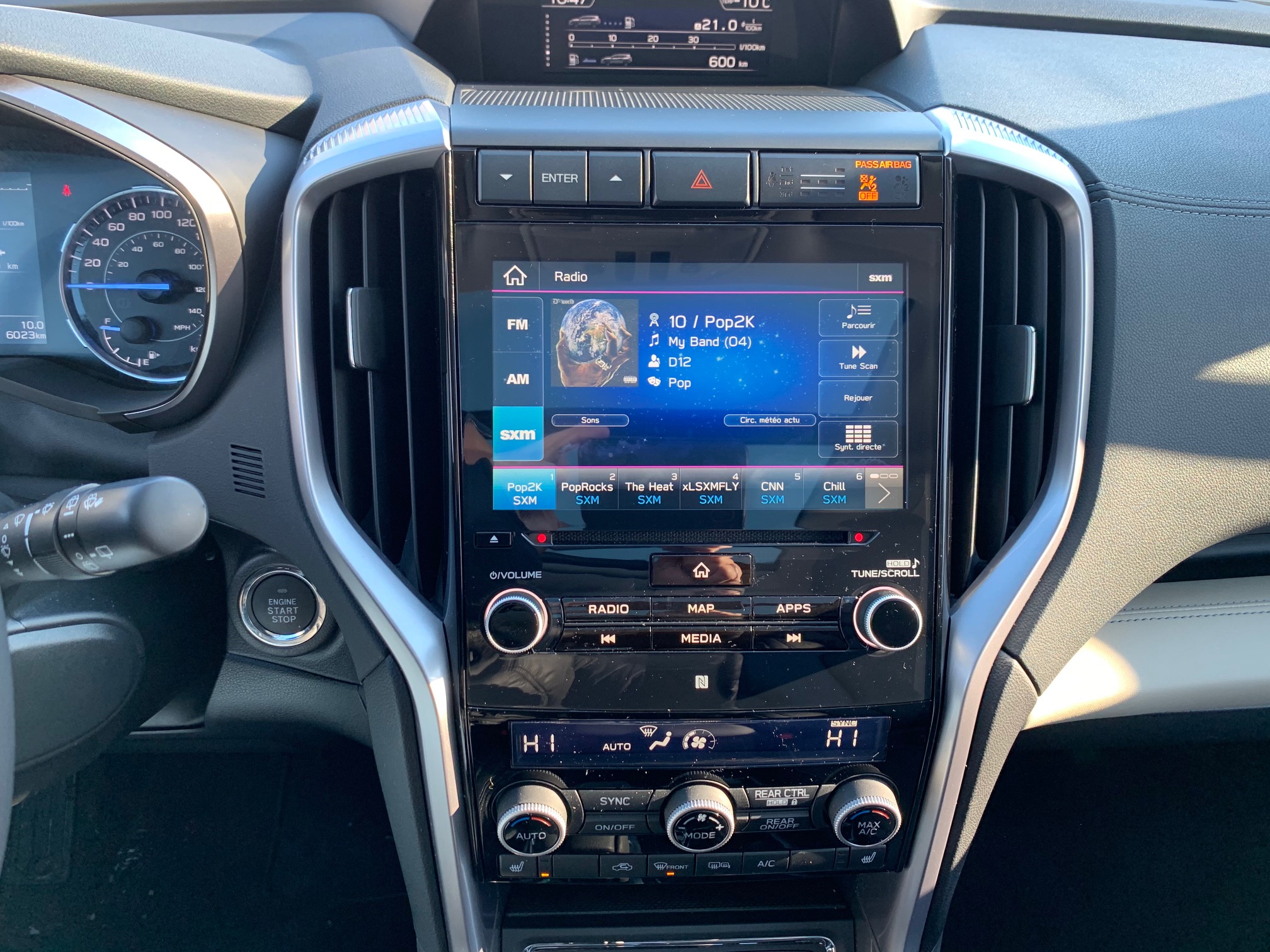