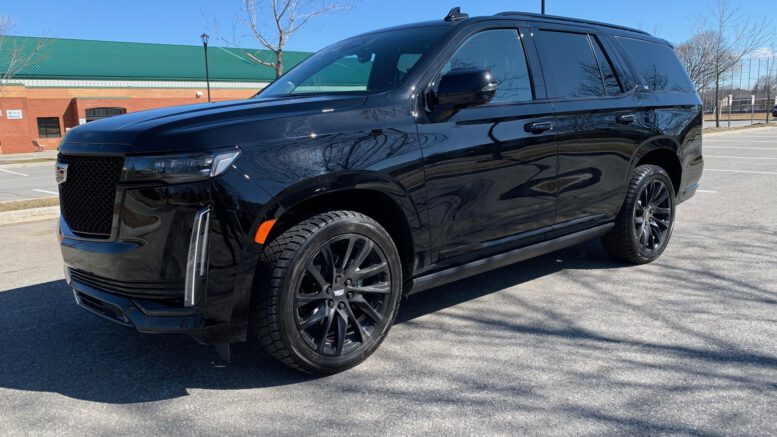 Cadillac’s flagship SUV returns for 2021 completely revamped and reworked both inside and out. It’s a good thing because the previous generation Escalade was really starting to show its age, especially compared to some of the competition.

Let’s start with the exterior. Cadillac has chosen to be more conservative this time around. Gone are the big bold vertical headlights of the past replaced by small understated units.  The rear is nearly identical to the previous generation. The turn signals remain long and vertical but I have to say the look reminds me more of the very first Escalade from 1999. Cadillac has spared no expense in making the lighting on the vehicle fun. When you unlock the vehicle the turn signals light up and do a little light show which ends with the ground under the truck being illuminated. 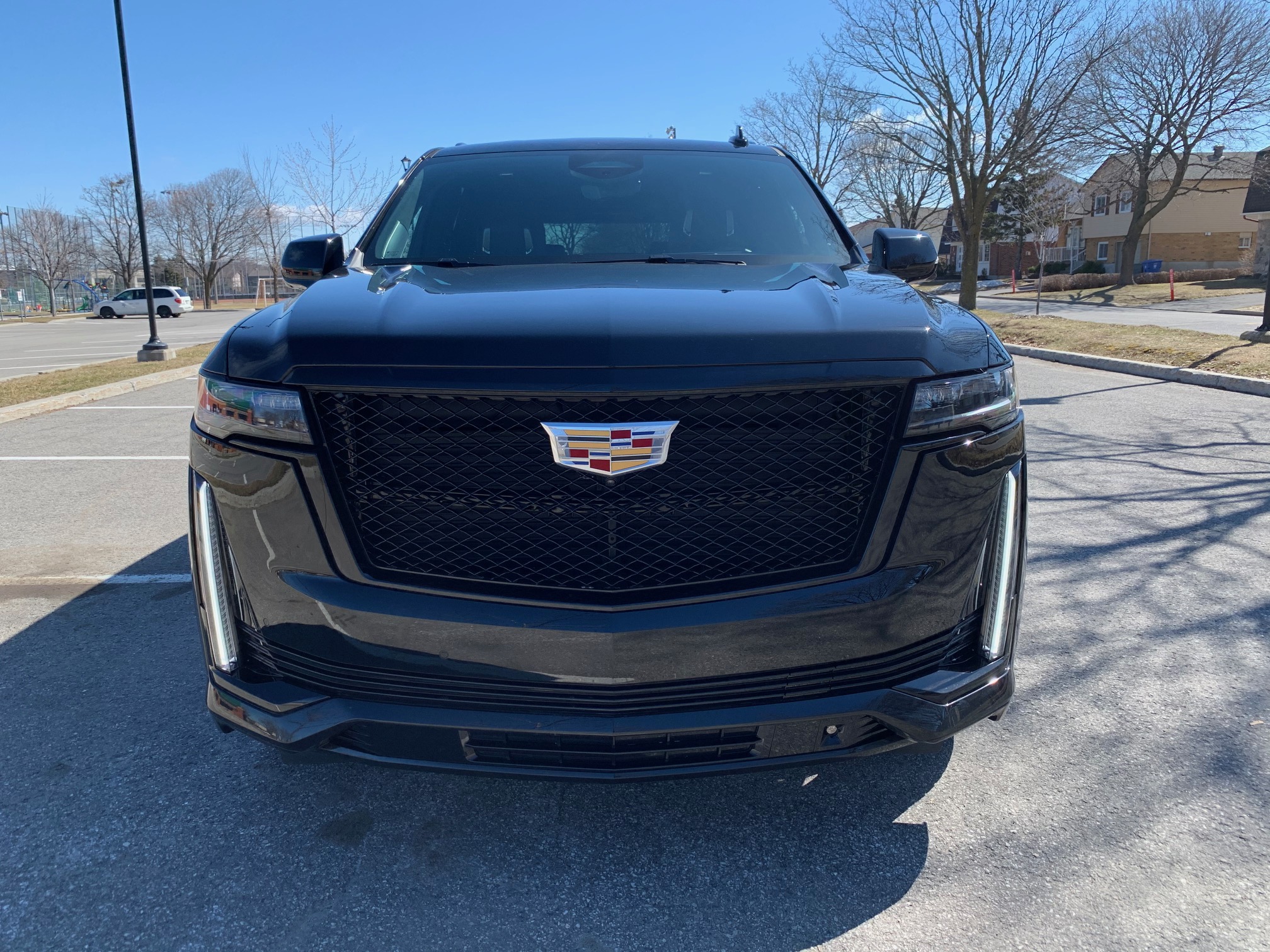 It’s the interior that will really be the selling point of the new Escalade as it’s a technological marvel. The first thing that’s apparent is the massive screen that is nearly a meter wide. It’s divided into three parts: one for the trip computer and other essential controls, one for night vision, gauges or event a front-view camera and finally a 16.9-inch infotainment display. Everything is a touchscreen but if you don’t like that, you can control it with a knob on the center console that works flawlessly. Similarly, the volume and mute can also be controlled here with a separate knob. It’s the perfect location because you don’t have to reach or lean in order to get to it.

Cadillac’s menu system is amazing. This is especially important because many automakers utterly fail at designing this critical interface. It’s easy to get to the sub-menu you want in a timely fashion with a layout that makes sense. I needed to quickly figure out how to turn off the “automatic-honk-the-horn-and-lock-the-vehicle-every-time-you-walk-away-from-it” feature because it was driving me insane and I was able to do it before having a breakdown. 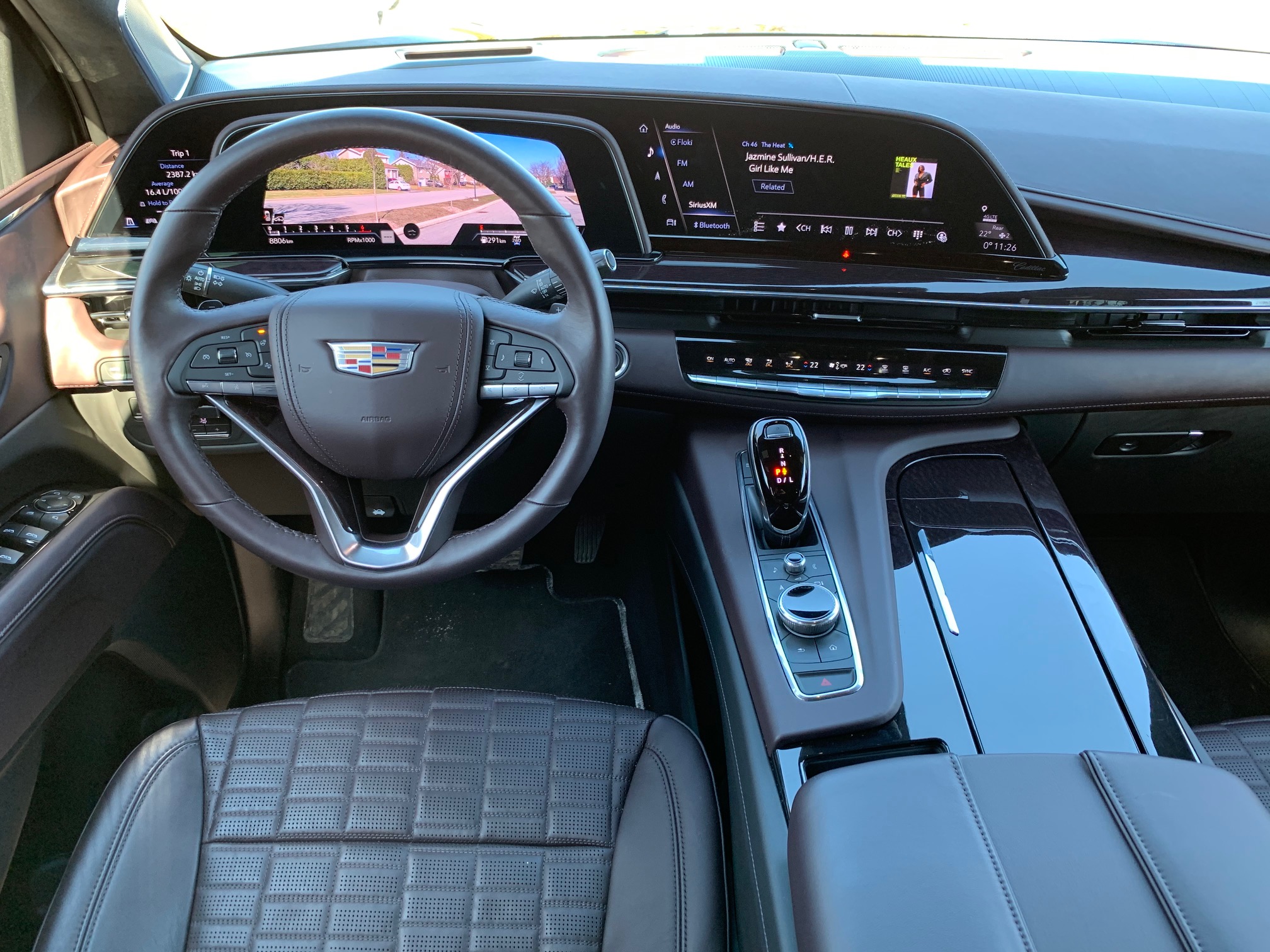 The screen that displays the front-view camera also works like an augmented reality system with navigation instructions appearing to show you where to turn. To be honest it made me a bit dizzy and I had to simply turn it off too. It’s best to keep your eyes on the road by looking through the windshield. Similarly, the rear-view mirror can be turned into an LED display but that also confused my brain to be looking at so many screens with different angles of perception. I give Cadillac A+ for effort and execution but this much tech was overwhelming.

The test model came equipped with the optional rear seat entertainment system and as a father of three young boys I was anxious to try it out. To my surprise, however, there is no DVD player because the system is designed for streaming only. It’s a big oversight because most families have DVD collections and will retain them for many years to come. The system can connect via HMDI to a device or play USB movies off of a flash drive but unfortunately not a standard USB but the new USB-C of which I don’t have. Fortunately, because I bought a non-smart TV back in the day and had to buy a ROKU streaming stick to compensate, I owned a device with which I could theoretically be used in the Escalade. I was able to plug it into the HDMI port and use the 120v outlet to power it. The Escalade had a WIFI connection which I was able to use to get the ROKU connected to the internet and up and running. The problem is there was no sound. I ended up giving up and so therefore was not able to use the entertainment system. Cadillac: please just put a simple DVD player everyone will be happy. 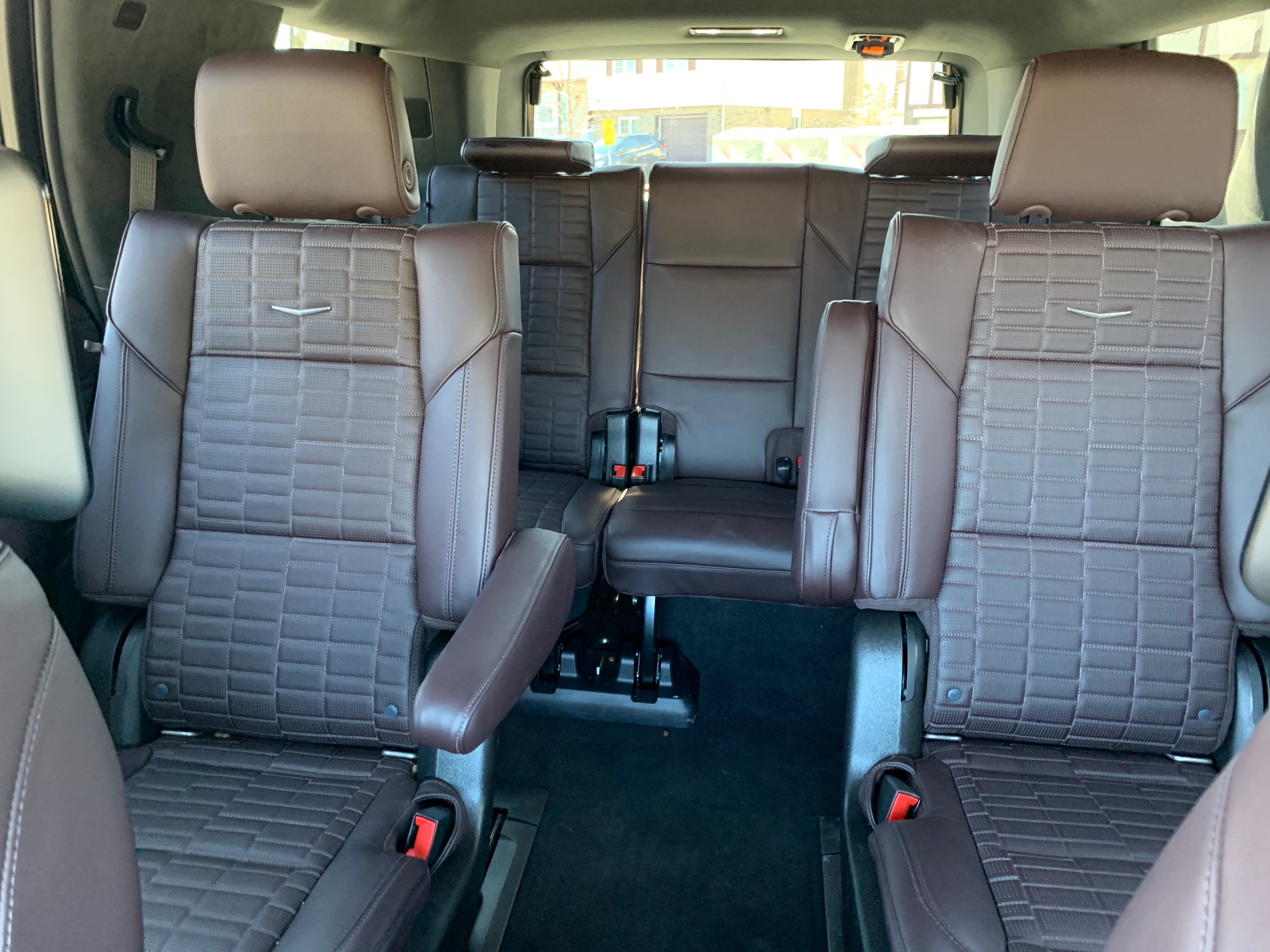 The interior is spacious as heck and can fit your whole family plus all of their luggage. Third row access is a breeze thanks to the nifty levers Cadillac has to fold the second-row captain’s chairs. The high-quality leather was just fantastic and gave the interior a rich sent. Most of the other materials which line the interior were equally as impressive.

If there was ever an ideal road trip vehicle, this is it. The Escalade is smooth as silk on the highway, providing its occupants with a silent and comfortable ride. The 6.2-llitre V8 engine produces 420 horsepower and is mated to a 10-speed automatic so while the Escalade is big and heavy – it has no issues getting up to speed quickly. It’s less than ideal for daily city driving as you’ll just burn though gas rather quickly. It’s unlikely any Escalade owners will have purchased the vehicle for its fuel economy.

It’s certainly not the most efficient, environmentally friendly or economical vehicle but there is still a market for it for those willing to pony up the almost $120,000 before tax to get one and it will do the job it’s intended to do very well. 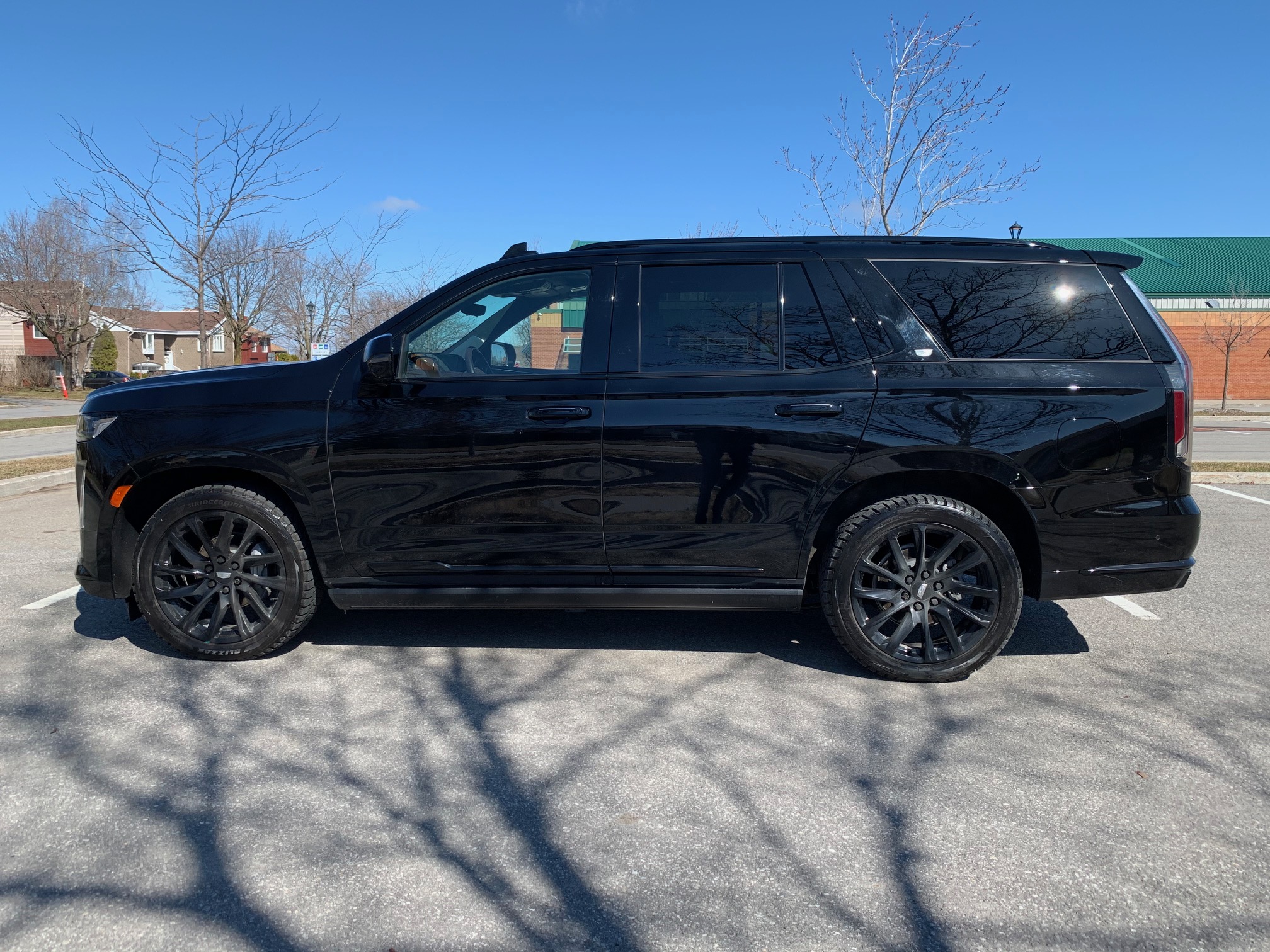 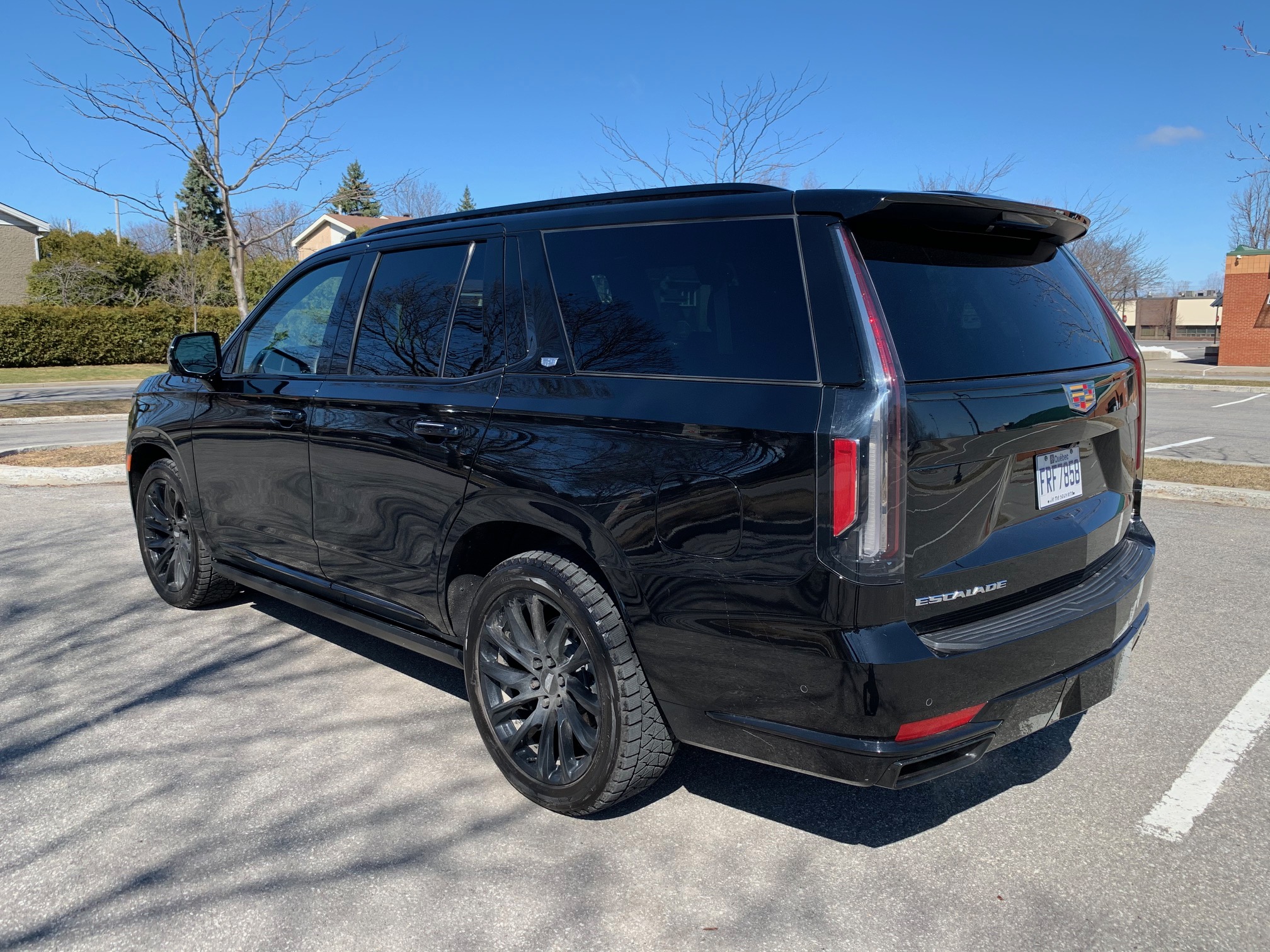 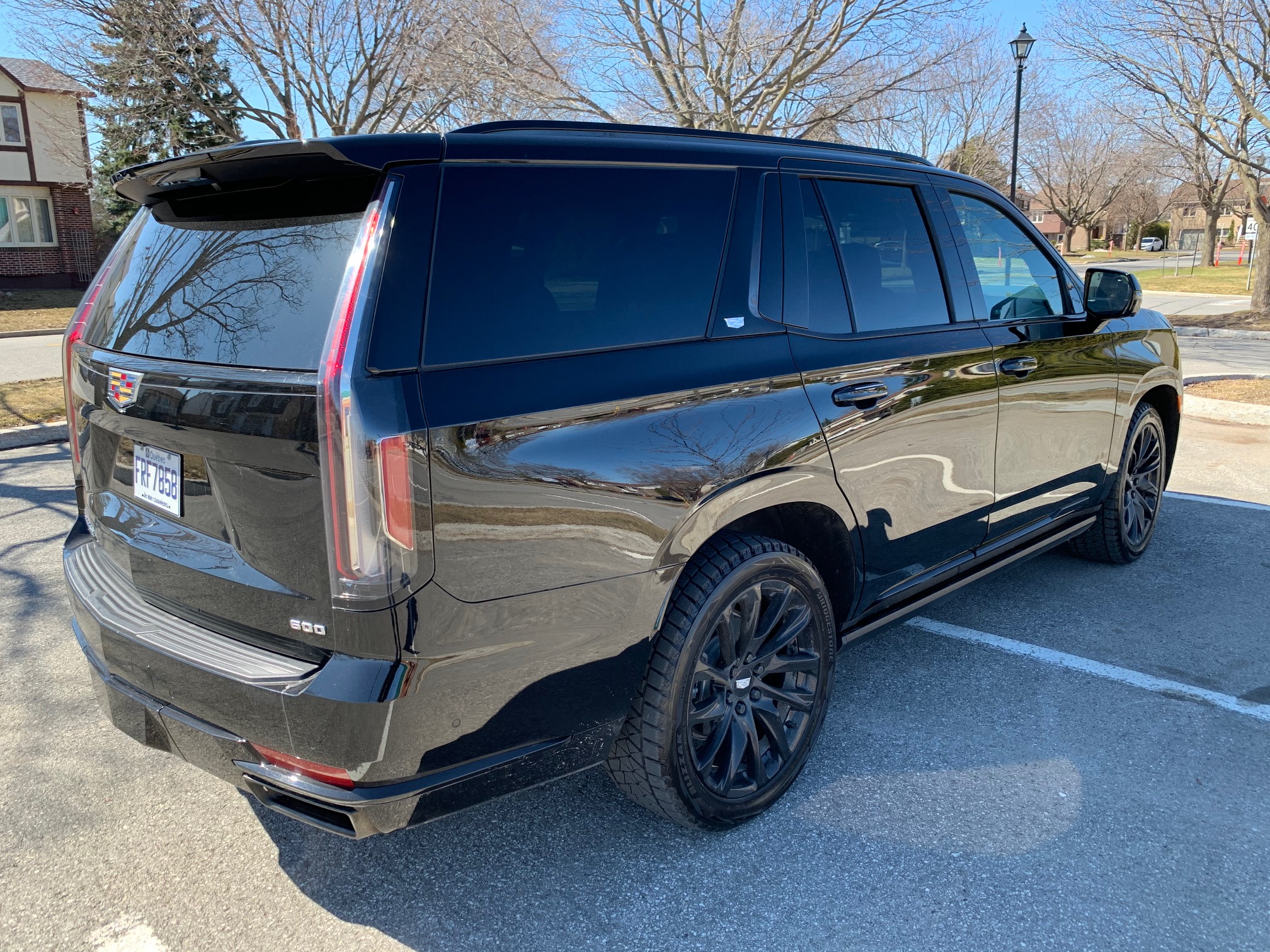 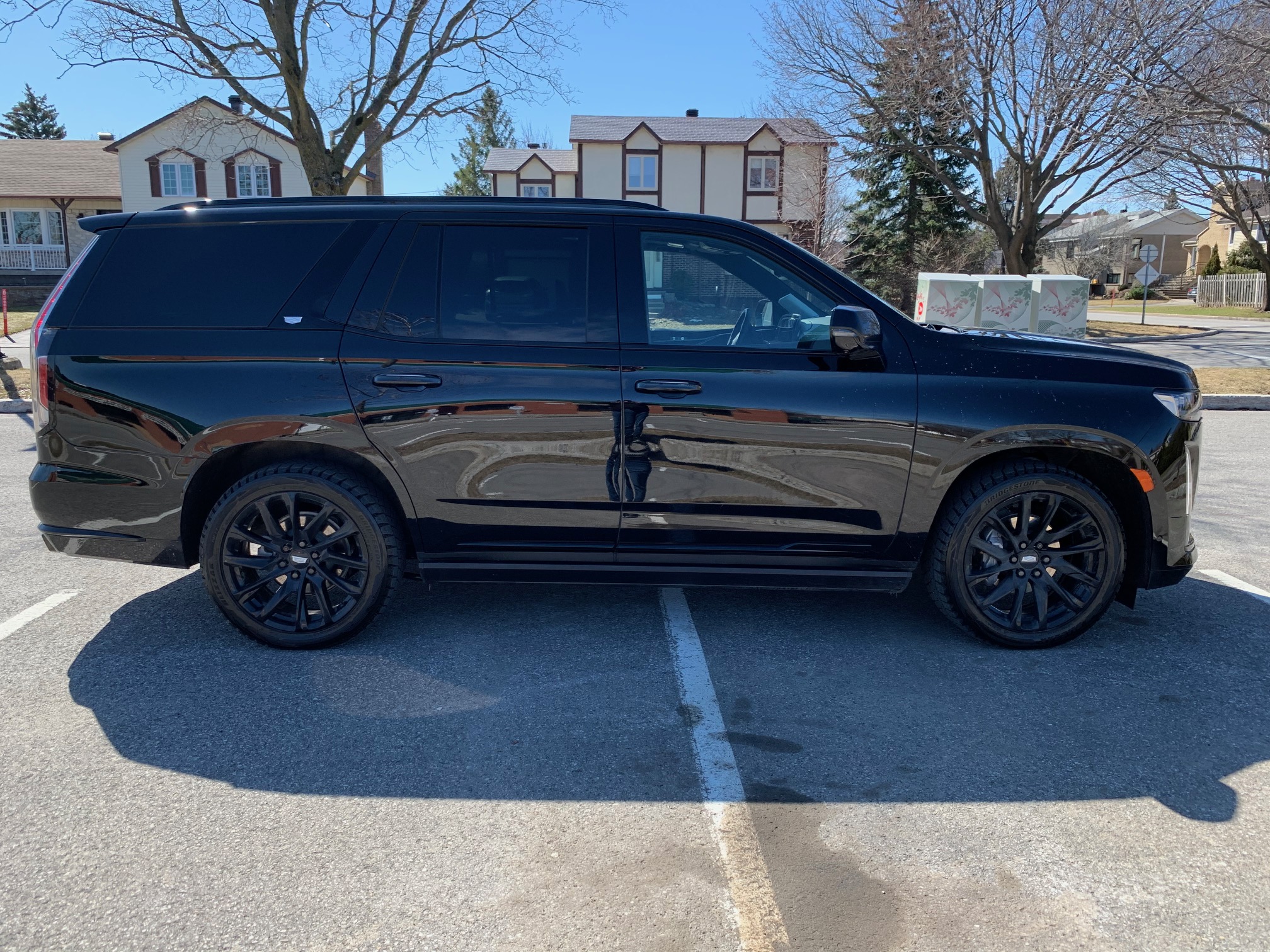 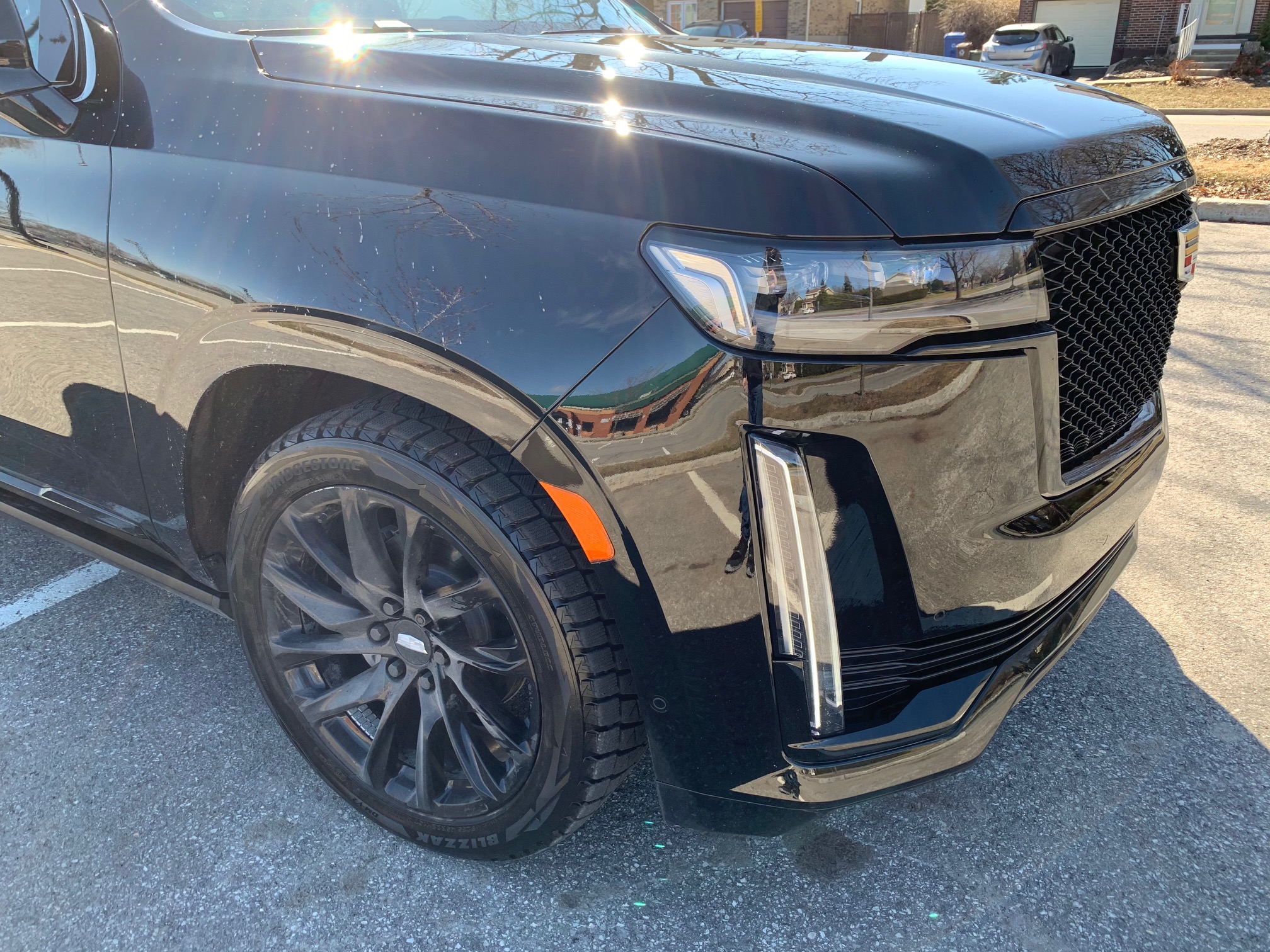 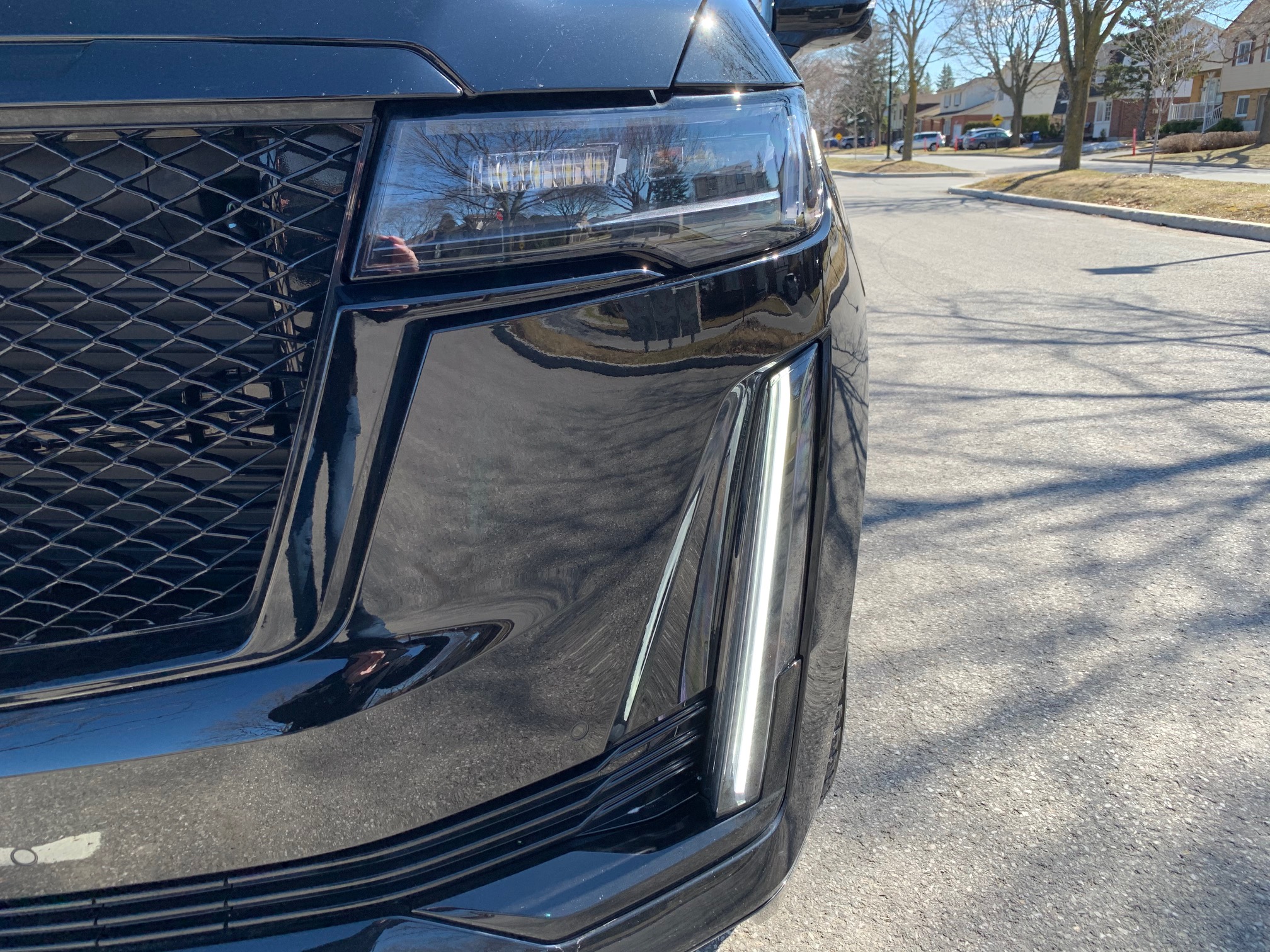 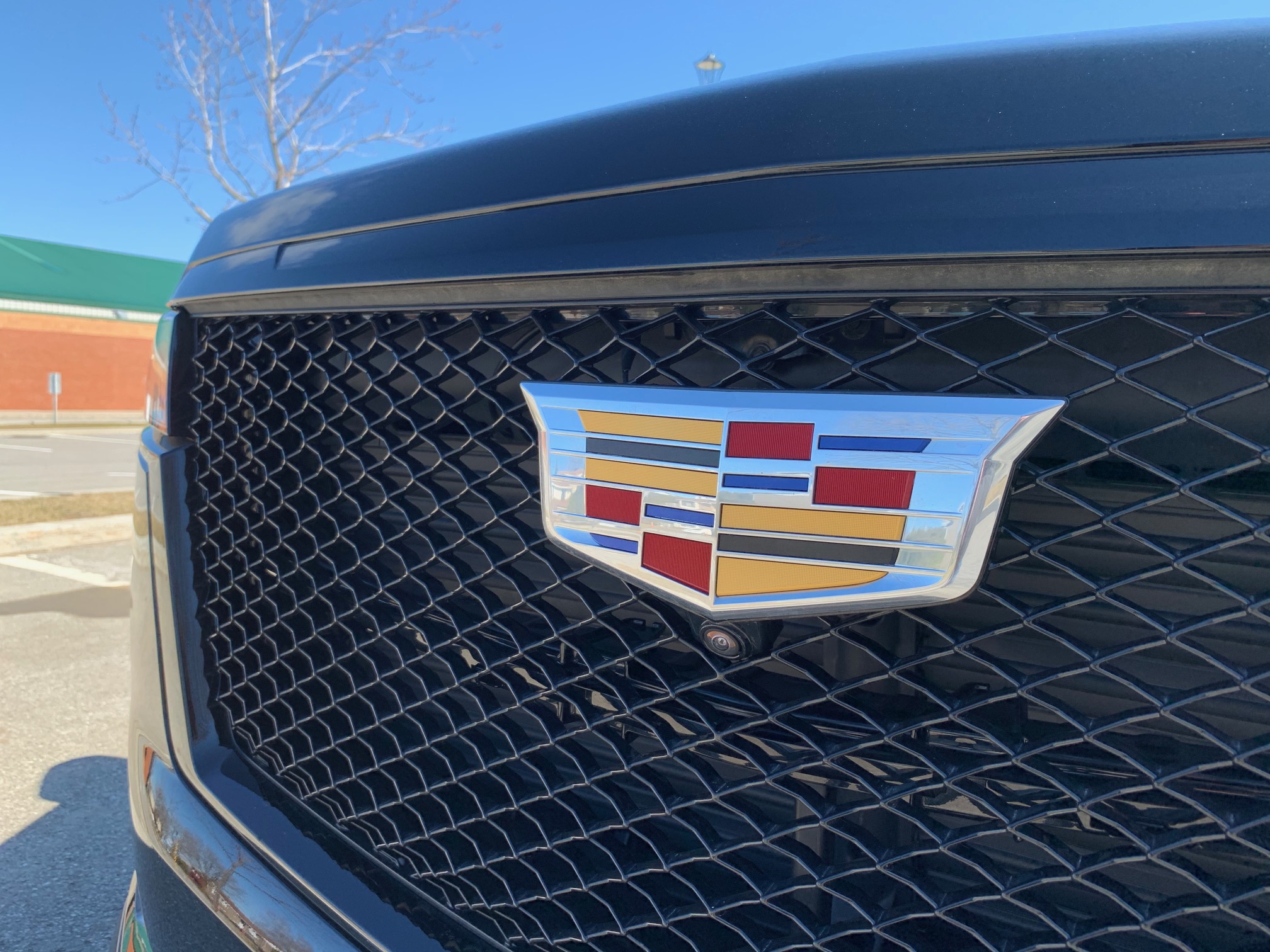 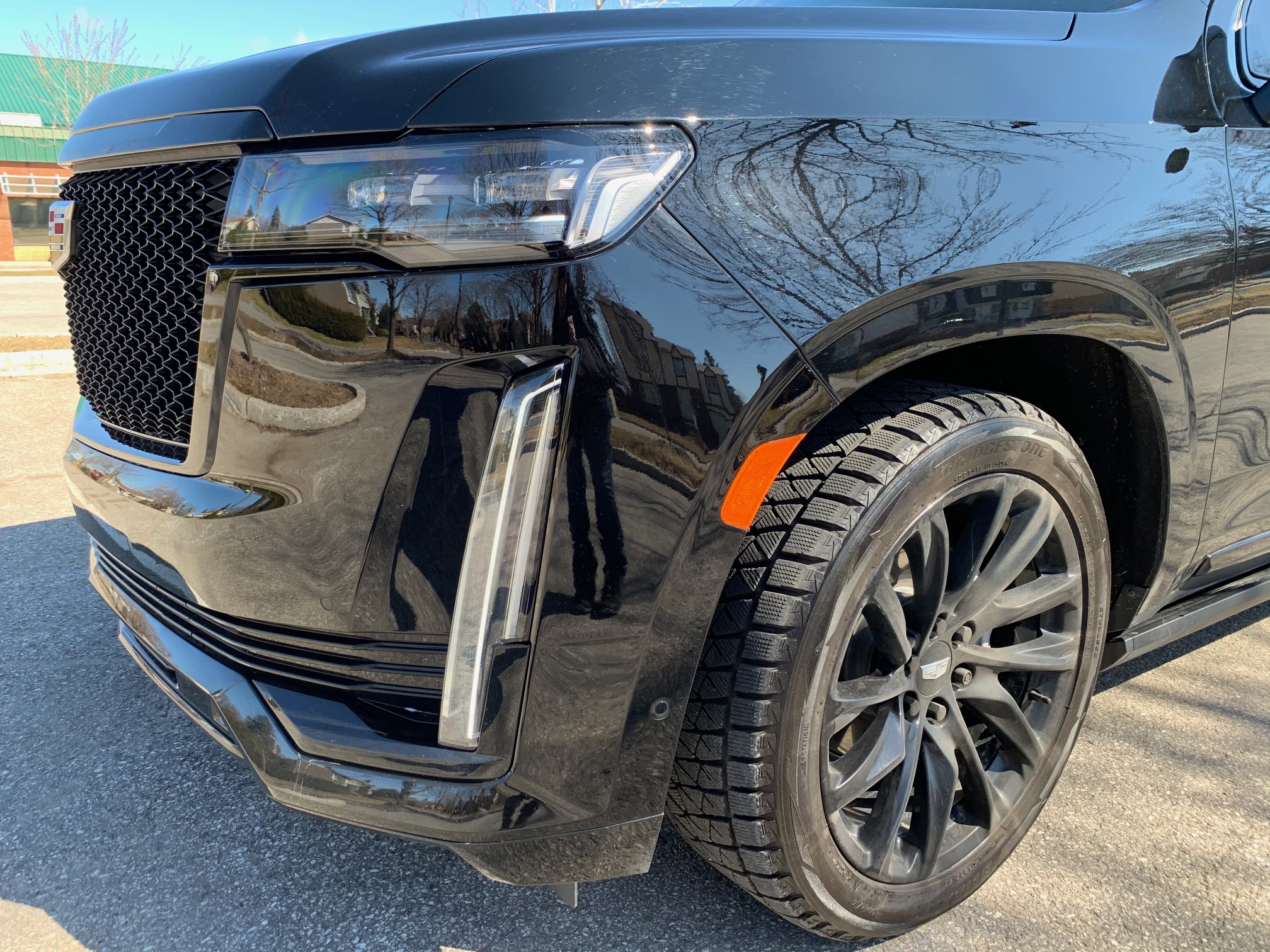 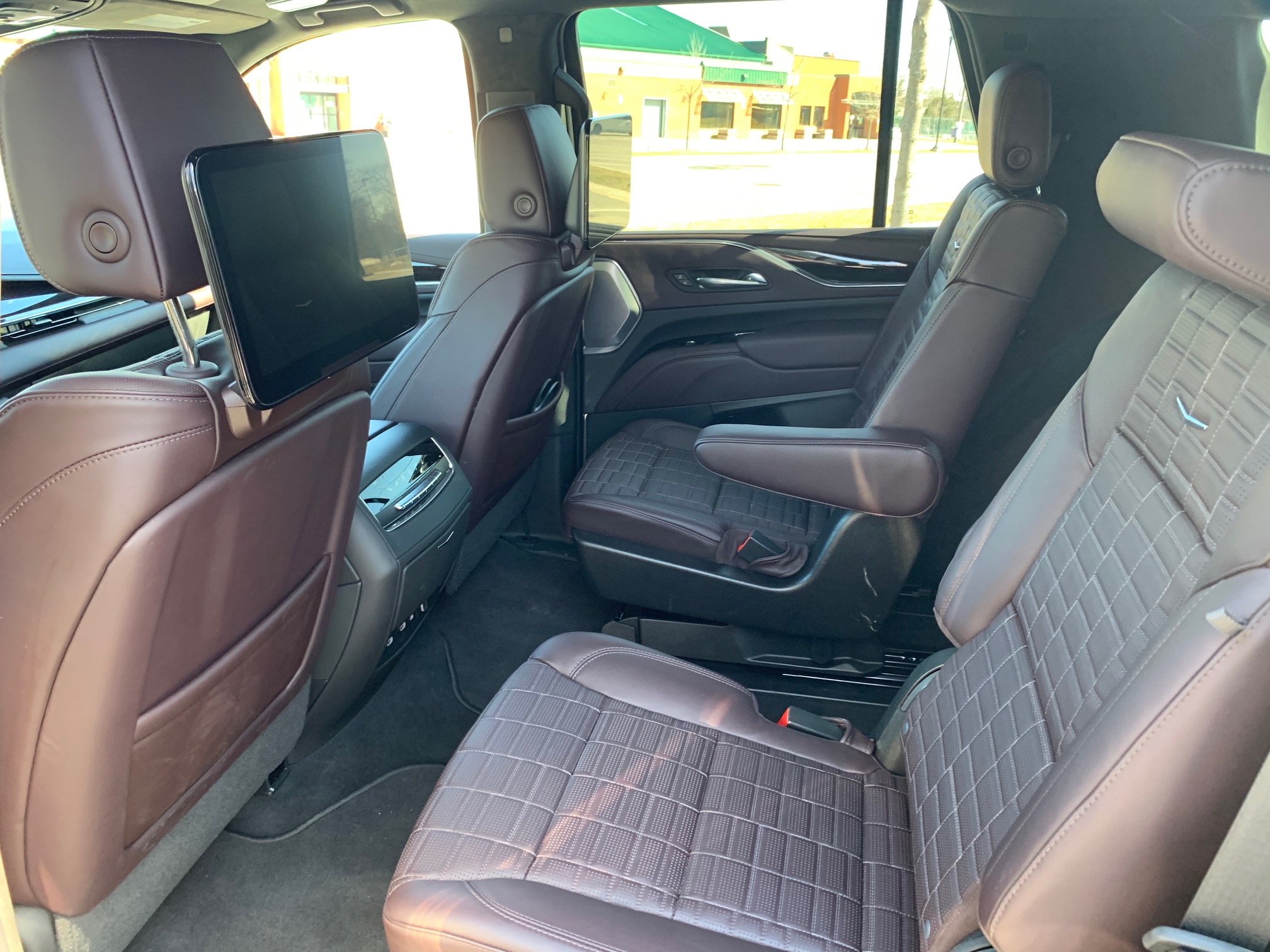 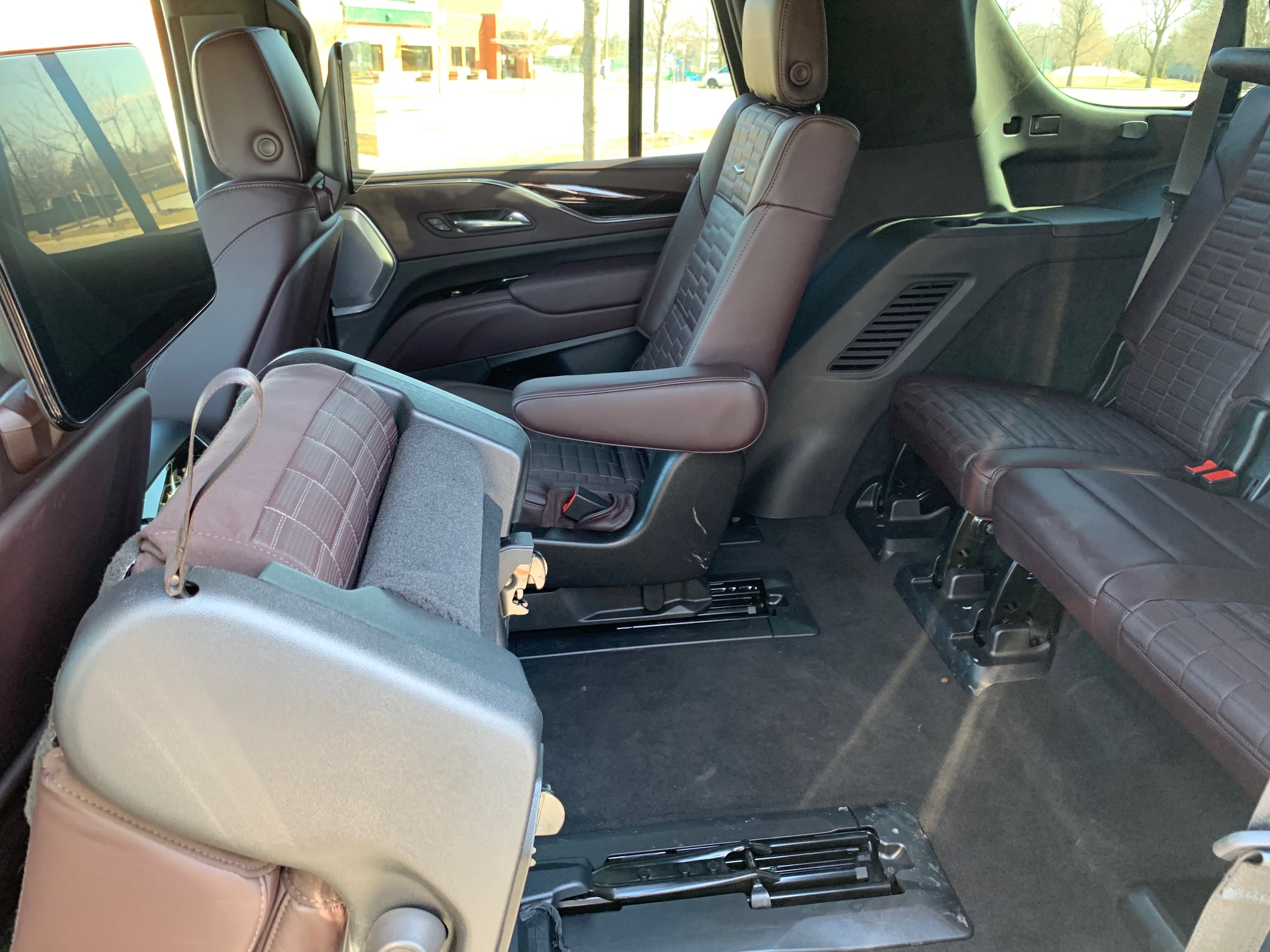 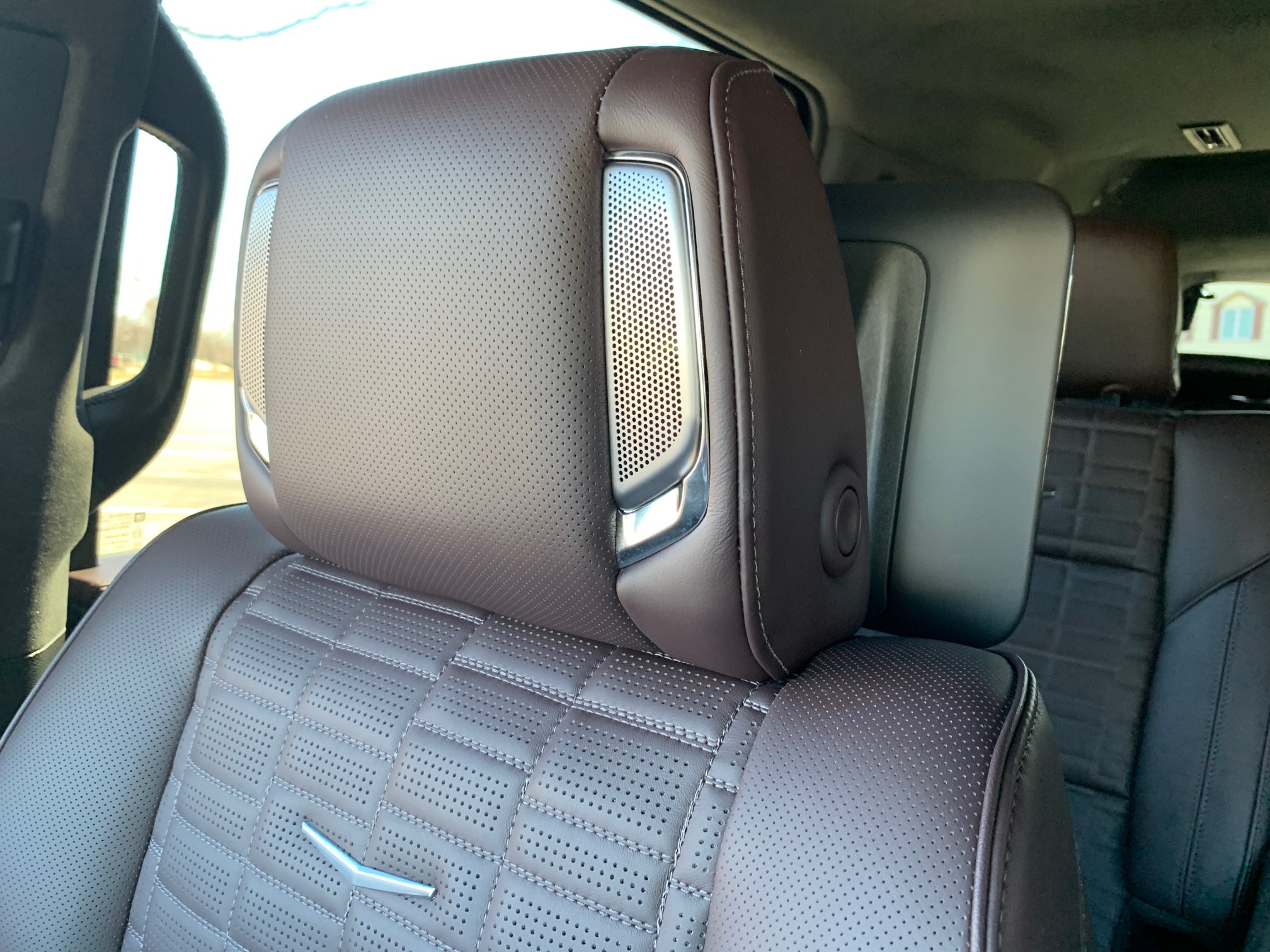 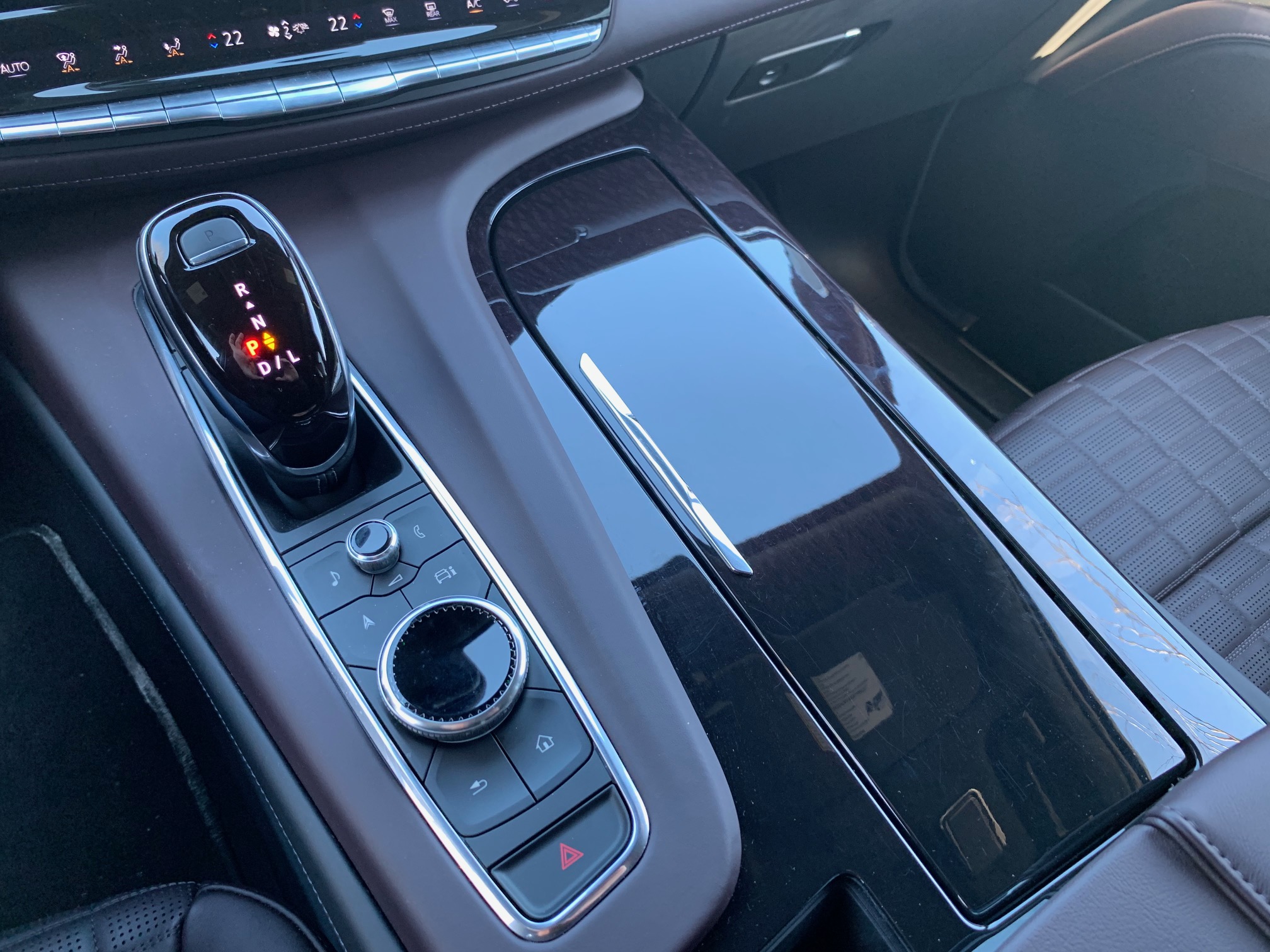 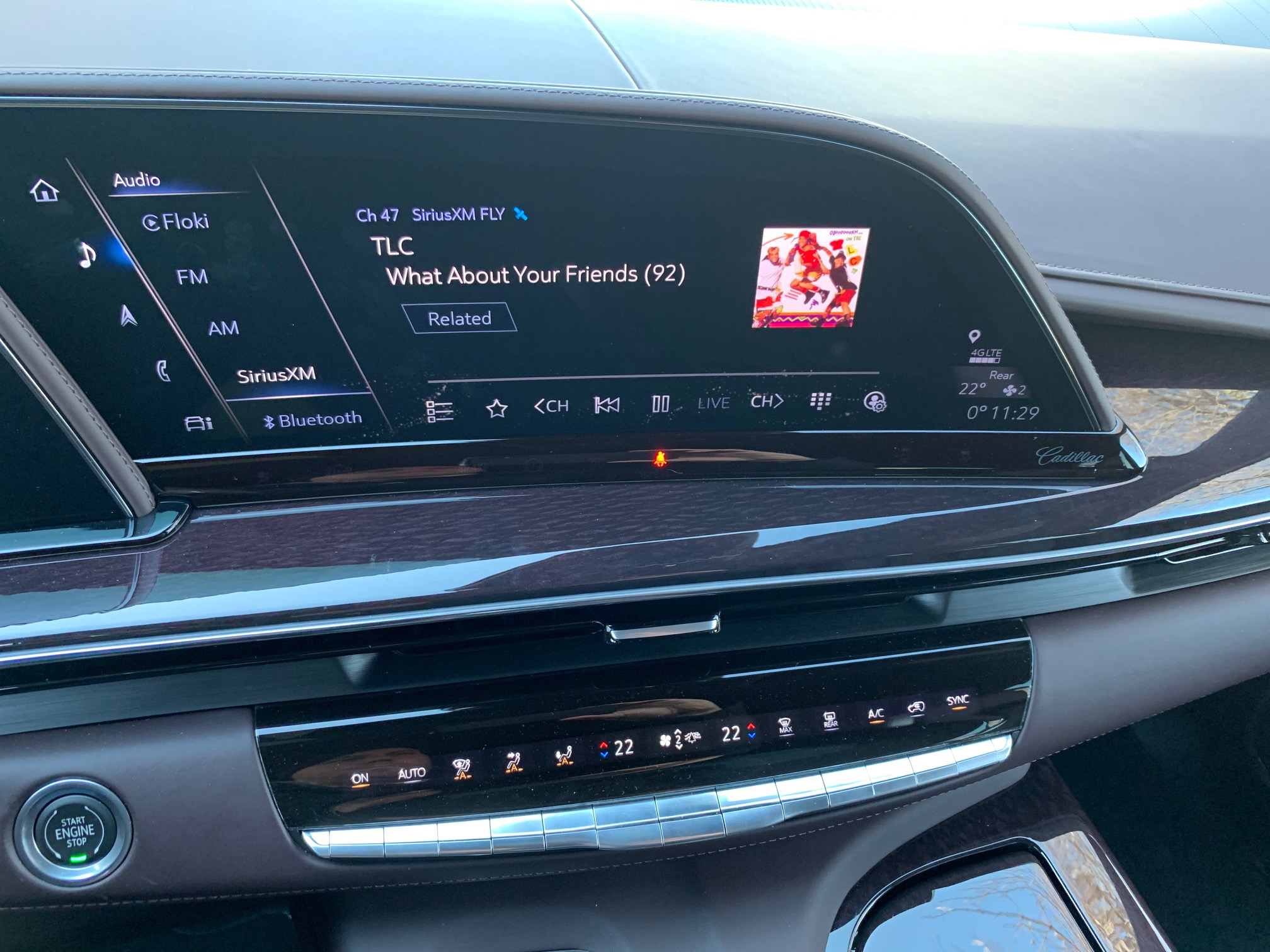 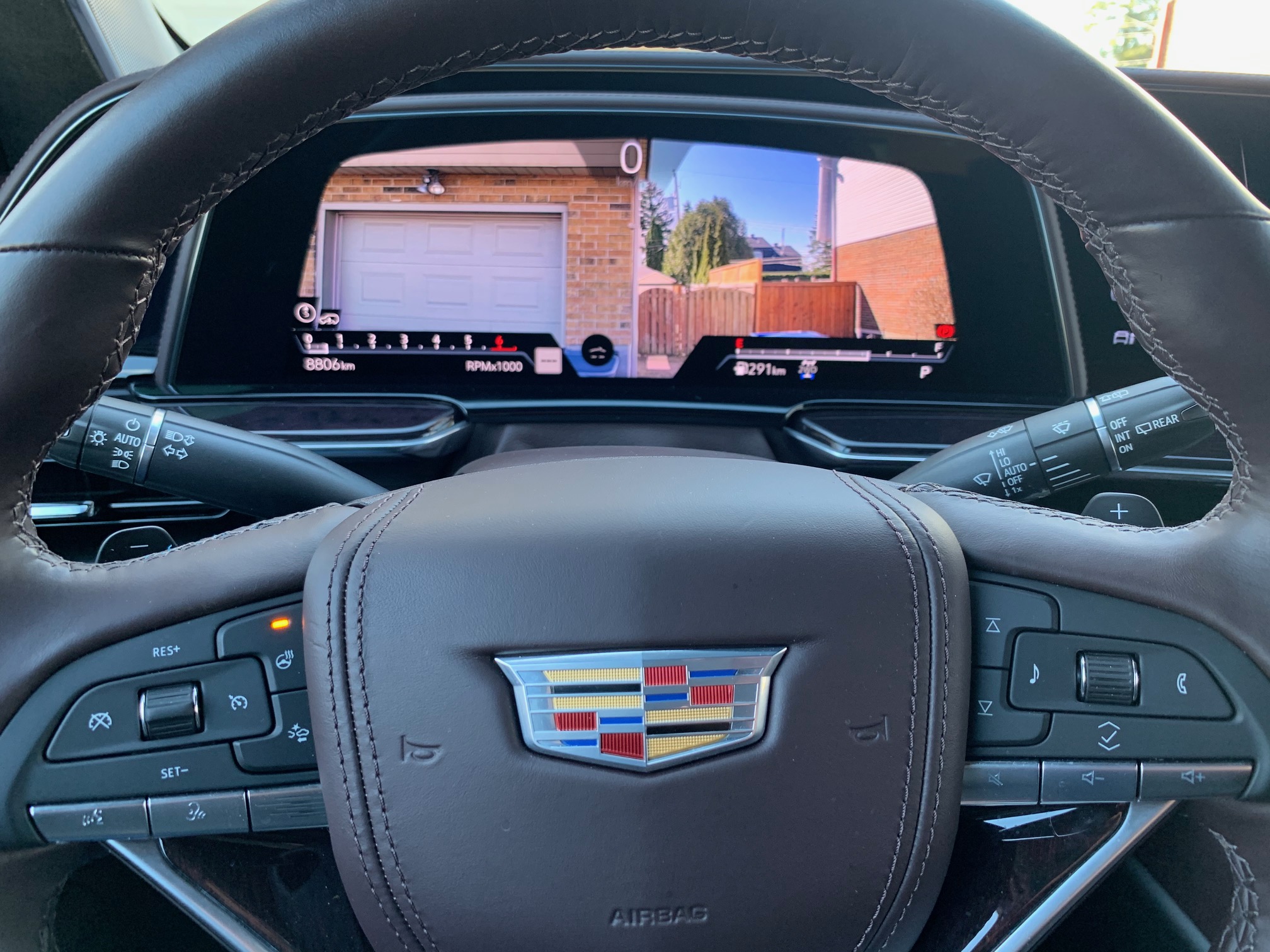 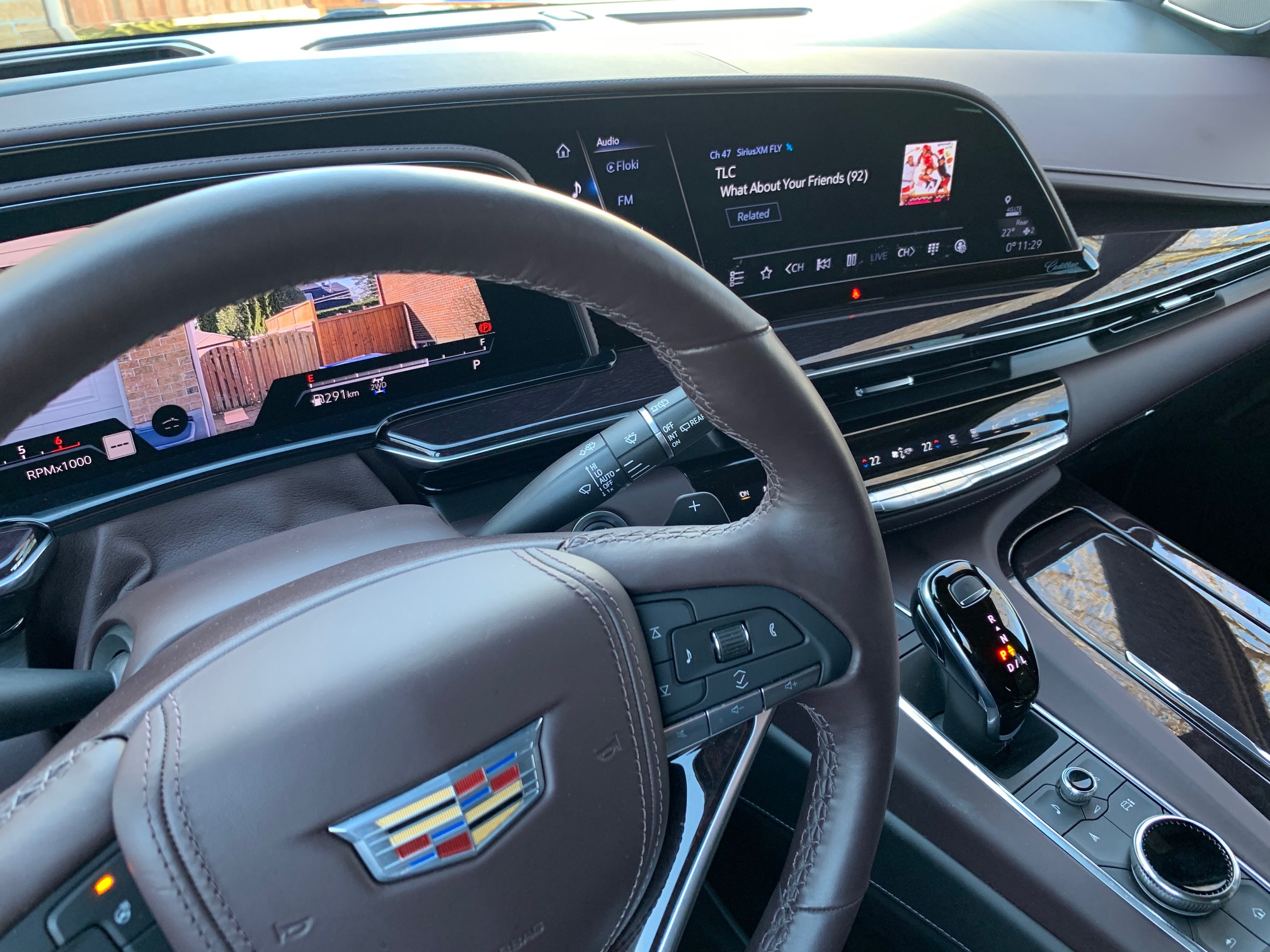