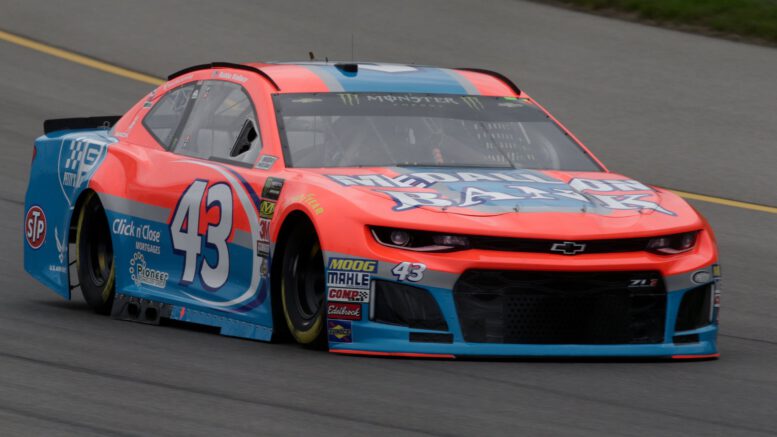 Placing wagers on races in NASCAR’s top circuit, currently called the NASCAR Cup Series, can be challenging, with thirty-five or more drivers competing in every race. In addition, with the introduction of stage racing, there is now a caution flag guaranteed to be thrown with just over a third of the race remaining, bunching up the field and allowing cars well off the pace to make late adjustments and get back into contention.

Futures bets on the season-long championship points competition have also been made more complicated with the advent of the playoff system, which was established in 2004 and altered several times. NASCAR has been around since 1949, so just like any sport, it has its share of records that will be very difficult to break. If you consider participating in the NASCAR betting experience, make sure to do your research when looking for a reliable sportsbook to join.

NASCAR Most Wins Ever – Richard Petty’s 200

The King, who is still active in racing at the age of 84, set many records in his storied career, including his incredible 200 victories accumulated from 1960 to 1984, although he competed until 1992. Even though the sport has changed dramatically since Petty collected his final win, his accomplishment is extraordinary and unlikely to be approached.

Just to put this record in perspective, in relation to the list of all-time NASCAR Cup Series winners, the second-place driver on the list with 105 wins is David Pearson, a contemporary of Petty’s who drove from 1960-1986. On the other hand, the top driver on the list to collect all of his victories in the modern era, which began in 1972, is Jeff Gordon with 93, who coincidentally made his first NASCAR start in Richard Petty’s final race at Atlanta in 1992.

The leading active drivers in victories are Kyle Busch and Kevin Harvick, currently tied with 58, an astounding 142 wins behind The King, and 35 back from Gordon. However, with the trend toward shorter careers in the sport, it’s natural to assume that Petty’s record, much like Joe DiMaggio’s 56 game hitting streak, is safe forever.

According to the top 10 records list by Nascar Hall, the fastest qualifying lap ever recorded was Bill Elliott’s of almost 213 mph for the Winston 500 at Talladega Speedway in 1987. Unfortunately, while Elliott set the speed record, Hall of Fame driver Bobby Allison suffered a horrendous crash that sent his car into the fence and scattered debris into the stands, injuring spectators.

NASCAR decided at that time to take measures to slow down the cars at the superspeedways of Talladega and Daytona, ushering in the restrictor plate era. Although the advance in technology would enable cars at those high banked tracks and over two and a half miles in length, limiting their horsepower ensures that Elliott’s record will stand the test of time, unless, of course, NASCAR backs off of the restrictor plate policy.

While the record is dated and won’t be broken because NASCAR has legislated those kinds of speeds out of the sport, it’s historically significant because it was part of a weekend that changed the nature of racing at superspeedways. It ultimately resulted in more drafting and was partially responsible for the race teams that we see today.

What’s more impressive about Gordon’s record is that not only did he win a pole in 23 consecutive years, he never failed to win one in any season that he raced full time on NASCAR’s top circuit. Winning poles isn’t always a priority of team owners and crew chiefs because the setup for qualifying needs to run the race.

Setting up a car to run a fast lap for qualifying doesn’t necessarily translate to what will work for an entire race or even just the number of laps between the tire and fuel pit stops. Nevertheless, Gordon’s ability to both qualify high enough to win the pole, and the number of races he did is a testimony to his skill as a driver and the expertise of his racing team.

It’s also significant that the record came recently when the technology is advanced, and the depth of the competition is more significant than it was before the modern era. Richard Petty dominated the sport for twenty years and wasn’t able to match Gordon’s accomplishment, which is likely to stand for a couple of reasons.

First, racing at a high enough level to be winning poles for 23 years is very difficult and is becoming more so as drivers are less likely to compete past their mid-forties. Second, it’s hard to win a pole with a car set up to run several hundred laps, and race teams are unwilling to risk damage for a few starting positions in this era of stage racing and competition cautions.

Gordon retired six years ago and is now a quality presence in the Fox broadcast booth after a record-setting career, with perhaps the most impressive attribute being his durability. In a much more physically demanding sport than the drivers are given credit for, the fact that he never missed a race throughout his entire 23-year career is almost unbelievable.

He drove for over eight years before Dale Earnhardt’s death in the 2001 Daytona 500 prompted more safety measures for drivers and the development of safer barriers that absorb some of the impacts when cars hit the walls at high speeds. So for Gordon to have been able to stay healthy enough to start almost 800 races without having to sit one out is an incredible accomplishment.

It can also be attributed, once again, to his skill as a driver that he was able to avoid “the big one.” Referring to a crash that not only seriously damages the car but also inflicts some type of injury that takes a driver out of the next race. Although it’s been twenty years since his fourth and final Cup championship, it’s easy to forget that they all came in seven years of driving excellence.

Johnson, a teammate of Jeff Gordon’s at Hendrick Motorsports, won his first Cup championship in 2006 and followed it up with four more in a row. It’s a fantastic accomplishment given that Richard Petty and the late Dale Earnhardt, the other drivers with whom he owns the record for total championships at seven, never won more than twice in succession.

Since Johnson’s fifth consecutive title in 2010, no one has successfully defended the championship. Only two drivers have even won more than one, Kyle Busch and Johnson, who won his sixth and seventh titles in 2013 and 2016, respectively. Considering that only one other driver, Cale Yarborough from 1976 to 1978, has ever even won three championships in a row, it’s hard to foresee that Johnson’s feat will be accomplished again under the current rules and format.

Honorable mention goes to the seven championships that Petty, Earnhardt, and Johnson have won. According to list of NASCAR Cup Series champions, The only active driver with more than one is Busch, and he is still five away from matching the trio, but at the age of 36, time is starting to get away from him if he hopes to be successful in the quest.

Richard Petty’s Most NASCAR races won in a year (27), and Most Consecutive races won (10)

No accomplishment speaks to the technical and driving dominance of Richard Petty, like his 27 victories in the 47 race NASCAR season that began in November of 1966. Although records like the one The King amassed in 1967 tend to be discounted because of the era in which they came, it isn’t as if Petty lacked competition on the track for individual races or even for season-long titles.

Petty’s record-breaking season came during three championships in four seasons for David Pearson, who was also winning at a double-digit clip per year. It’s doubtful that we will look back on Tiger Woods’ impressive run in 2000-2001 and discount it 20 years from now just because it happened a long time ago.

While the technology and overall depth of the sport weren’t what they are today, or even thirty years ago, there were still plenty of good race car drivers to challenge Petty weekly. To dominate a sport where 40 other cars start the race every week is not just impressive but unprecedented, both now and over 50 years ago.

Tucked into that excellent win total of 27 is a ten-race winning streak from August to October. In sports annals, it’s the equivalent of professional golfer Byron Nelson’s 11 tournament wins in a row on the way to 18 total titles in 1945. Just because there may be mitigating factors shouldn’t diminish the excellence with which the accomplishment was achieved.

Petty not only has the record of ten consecutive wins, but he’s also the runner up with six straight victories in 1971 when he was on his way to a second-best 21 wins and his third Cup championship. The failure of Petty to win more than seven championships speaks to the competition he faced and highlights just how spectacular his flashes of dominance were

A Glimpse of NASCAR History

The records highlighted here span 60 years of NASCAR history and include the top drivers’ names during that time frame. From Petty to Earnhardt, to Gordon and then Johnson, excellence is handed down from era to era like a prized possession from a parent to a child.

Throw in names like Pearson, Elliott, and Allison, and the picture of the sport gets filled in like a great masterpiece brought out from the shadows out into the light. Although there are plenty of records that will be broken, these few look to stand the test of time from track to track, season to season, and era to era.