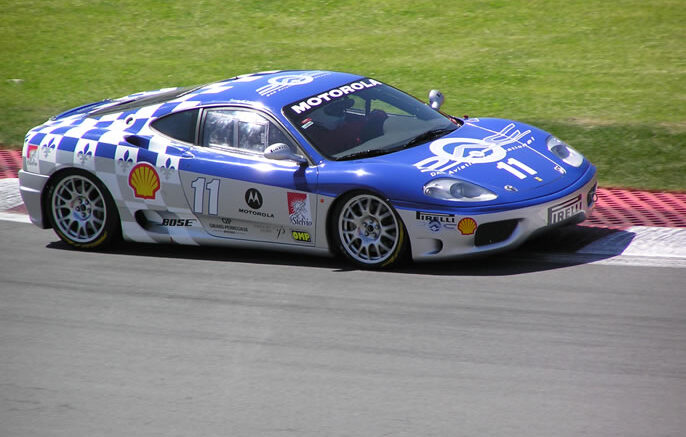 When COVID-19 hit the world, it didn’t discriminate. Millions of people caught the virus or were affected by the disease indirectly. Thousands of people lost the jobs, businesses closed down and sports went on a hiatus.

The suspension of football, basketball, baseball and Motorsport meant one thing: Sports fans all over the world needed a new fix. Unfortunately, they couldn’t go out to watch movies, drink at bars or visit their friends.

As a result, many moto sport fans chose to engage with their favorite teams in the best ways they could:

Formula One’s social media interactions skyrocketed by 99% in 2020 according to sportspromedia.com. This improved the number of people engaging with the league from 400M in 2019 to 810M in 2020.

The explanation behind the massive growth is straightforward. Mandatory lockdowns left people indoors and with plenty of time for social media. People who usually didn’t watch racing videos online had all the time to watch these videos.

Fans that wanted to keep up with racing events leverage social networks for news and updates. In the US, NASCAR had a similar experience. The league has been encouraging drivers to engage with fans on social media, and it’s been generating results.

As already mentioned, the pandemic forced governments around the world to issue mandatory lockdowns. That meant racing fans couldn’t watch races in-person. But guess what? They could watch competitions on TV and through streaming apps.

To be clear, a significant number of racing tournaments were suspended to help contain the pandemic:

Although some racing events were cancelled at the height of COVID-19, many of them took place later in the year. NASCAR, for example, chose to hold most of its events behind closed doors, which helped fans interact with the sport despite the pandemic going on.

Like many industries, the betting industry suffered the impact of sport suspensions. With no sports on TV, people couldn’t gamble. Fortunately, not every sport was suspended. Some competitions went ahead sans fans and this provided something for punters to predict.

When it seemed like all hope for completing the 2020 NASCAR and F1 seasons was lost, people turned to YouTube, Netflix and other Motorsport sites for entertainment. They could documentaries about specific teams and drivers.

They could watch highlights from previous races, behind the scenes activities for popular F1 teams and predictions about the sport’s future. The good thing about racing videos is that they’re endless.

So, even if IndyCar, Le Mans, NASCAR and Formula One took multi-year breaks, people could watch valuable racing content all the time. Luckily, things turned out for the better after several weeks and drivers went back to the tracks to race.

A few years ago, racing leagues were accused of lagging behind in supporting video game content. Not anymore—gaming played an integral part of how fans interacted with racing amid a pandemic.

Let’s focus on Formula One. The league introduced virtual racing as an alternative way to engage with fans before it could resume the Grand Prix schedule. It was a success. Virtual Grand Prix events generated 21.8M views across all major platforms in 2020.

On YouTube, the Vietnam Virtual Grand Prix (held in the UK) trended at number one in the UK on April, 5. Additional virtual events appeared on the top three trending videos in Spain, Germany, France and Italy between March 15., and April 28.

The reason virtual racing was a success has something to do with the people racing. Instead of unknown eSports players, Formula One held virtual racing with famous drivers in action.

Charles Leclerc, George Russell, Alex Albon and Lando Norris all live streamed virtual racing games on Twitch and YouTube. As a return, they gained thousands on follows on these platforms in addition to boosting engagement for the league.

Although many people would have preferred to watch racing events in 2020, they found themselves spending more and more time on blogs and news websites. There wasn’t much to do anyway.

As we stated earlier, most people couldn’t report to work. All they could was to stay at home, read about their favorite bike racing teams, keep up with F1 charities and YouTube highlights. People that love to read, had a lot more time to catch up with blog updates.

And as a result, text-based content websites witnessed an upsurge of viewers throughout 2020. The growth of wasn’t as huge as that which involved videos. But it was growth, nonetheless.

On forum sites, racing fans interacted with one another in the best way they knew how: memes. From funny photos of drivers to fans reacting to life without racing on TV, memes helped millions of fans have light moments despite what the world was going through.

2020 was a difficult year for many people. In fact, you could argue the racing industry had a better year than most sports. That’s because it held a significant number of events in spite of the pandemic.

On the flip side, it had fans who went far and beyond to connect with the sport. Some people did it by sharing memes. Others supported their favorite drivers on social media and streaming networks. That being said, things have since got back to normal in the racing a world, a joy for both fans and stakeholders.