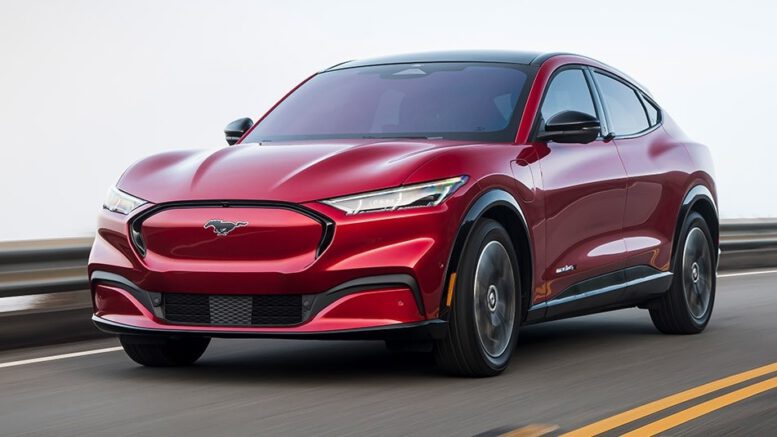 When Ford unveiled the Mustang Mach E in late 2019, you could almost hear the collective sigh from Ford muscle car enthusiasts around the world whose fidelity to the Mustang would be tested. They’d spent their whole lives building their affinity to the muscle car only to have an electric SUV bear the same name.

Even run of the mill automotive journalists panned the idea of using the Mustang nameplate to sell electric SUVs. It’s not the vehicle looked bad or anything but rather how could an SUV also be a Mustang.

Fast forward to today and Ford has had to shut down orders for the Mach E on certain trims due to overwhelming demand. The company is concentrating on fulfilling its current backlog. It goes to show that we shouldn’t always listen to what the press says. Ford gambled and won big.

With popularity comes other issues, however. Some prospective buyers have reported that dealers are often changing a “market adjustment” on the Mach E. That means people might have to pay up to an additional $20,000 just because the dealer says so.

Apparently, this isn’t illegal, nor will Ford tell dealers to stop. According to the linked article, Ford will simply help owners find a Mach E which isn’t marked up.

The Mach E is probably the closest competitor to the Tesla Model Y and therefore if you have any issues with the Tesla’s looks, image or just plain don’t like Elon Musk, the Mach E does the trick.