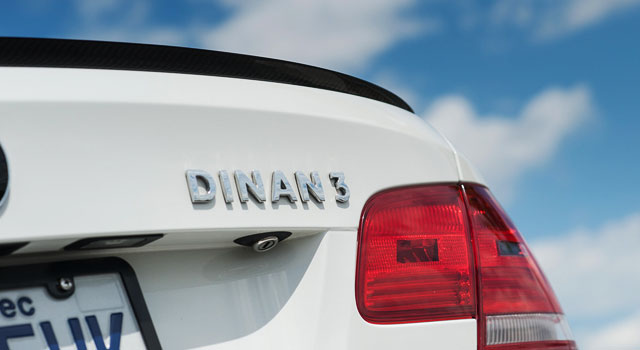 Peter has always loved BMWs. Back in 2004 he was the proud owner of a 325i model but it’s lackluster performance it left him yearning for more power. His dream of a turbo BMW came true in 2007 when BMW first introduced the twin turbocharged 335i.

Due to family reasons and the birth of his first child, he wasn’t able to obtain one. After six more years, his moment finally came when he spotted a white 2009 335i with the red interior and only 51,000 kilometers on the odometer.

Peter wanted to modify the powerful N54 motor but not at the risk of losing his warranty. He researched various options and finally settled on the Dinan stage 3 package which includes the following:

Peter plans to upgrade the turbos when the vehicle is no longer under warranty. In the meantime he is enjoying his Dinan package with the safety and security of a full warranty.

For more information on Dinan products you may contact a BMW Laval sales representative directly at 450-686-7257 or visit www.dinanperformance.ca

Correction July 14: An earlier version of this article incorrectly identified the vehicle at a 2013 model but it’s, in fact, a 2009.