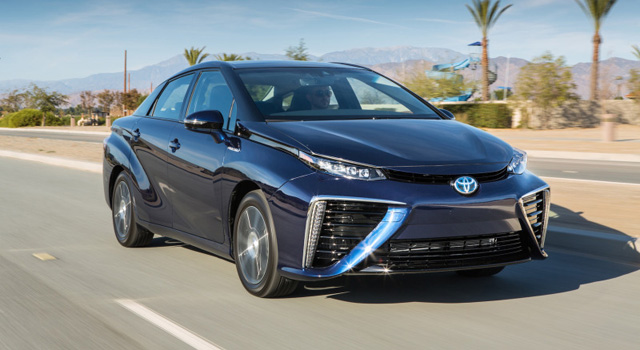 The vehicle has zero emissions and produces only water vapour as a by-product. The Japanese automaker has been working on FCV technology for decades and still believes there is a future for it.

The Mirai goes on sales in Japan, Europe and the USA next year and Toyota will make 700 units at a cost of $57,500 before incentives. You can lease one for $499 US per month.

The real kicker is that you don’t have to pay for any of the hydrogen fuel as it will be covered by Toyota for now. There is a growing network of hydrogen stations in an around Los Angeles and San Francisco but that’s about it. If you live in, say, Fargo, North Dakota you’re probably out of luck. Canadians are equally out of luck as we have no hydrogen network at all.

It wouldn’t be a stretch to call the design of this controversial but as we’ve seen in the past these new technology vehicles often push the limits on styling (see GM’s EV-1).

Are we hypocrites? We love streetracing videos – unless they crash then we don’t