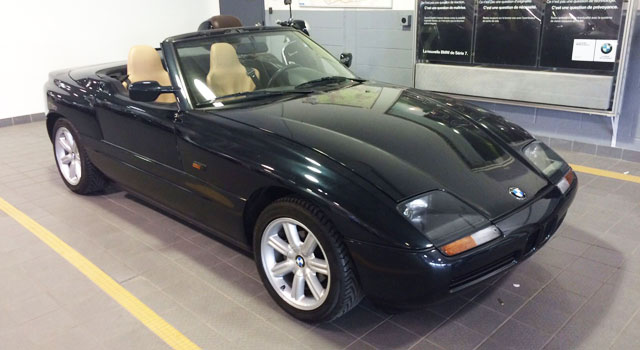 A BMW Z1 was spotted parked at BMW Laval this week! The extremely rare roadster was only produced from 1989-1991. It’s a font-engine, rear-drive configuration with a 2.5-liter, straight-six under the hood and produces just 168 horsepower and 161 pound-feet of torque

The defining feature of the car is the doors which retract vertically down into the body instead of opening outward.

Only 8000 units were produced with around 80% going to the German market. None were officially sold in North America although a small number were imported privately. Market value is in the neighborhood of $30-$40K if you can find one for sale.