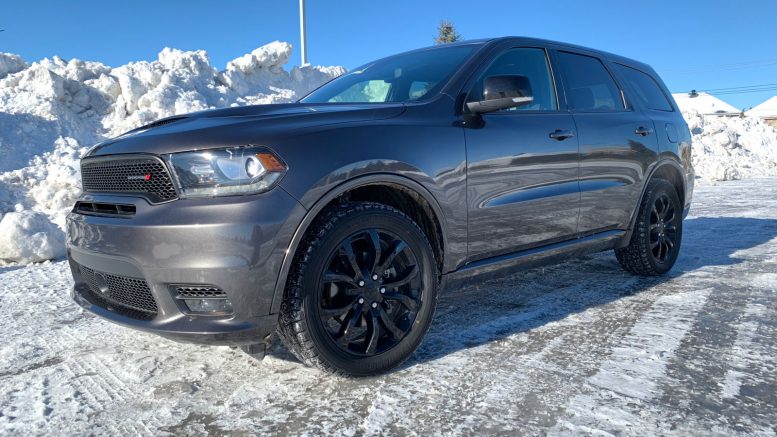 There’s nothing quite like a big American-made SUV. They are intimidating vehicles and the Durango, in particular, with it’s top-of-the-line SRT version can be a hot rod SUV like few others on the road. Here we’ll focus on the tamer Durango GT which is a large family SUV capable of seating up to seven people.

This model was introduced in 2011 so it’s getting on in years and is due for a refresh very soon. Despite that, the SUV’s rugged good-looks have aged very well. The Durango is quite unique and unmistakable for anything else on the road, especially via the rear with its large full-width wraparound taillights. This GT version had some goodies on it to make it look a bit meaner including a performance hood and 20-inch wheels. The Durango is big, but not quite Chevy Tahoe or Nissan Armada big and straddles the line between mid-size and full-size SUV similar to what the Volvo XC90 does. 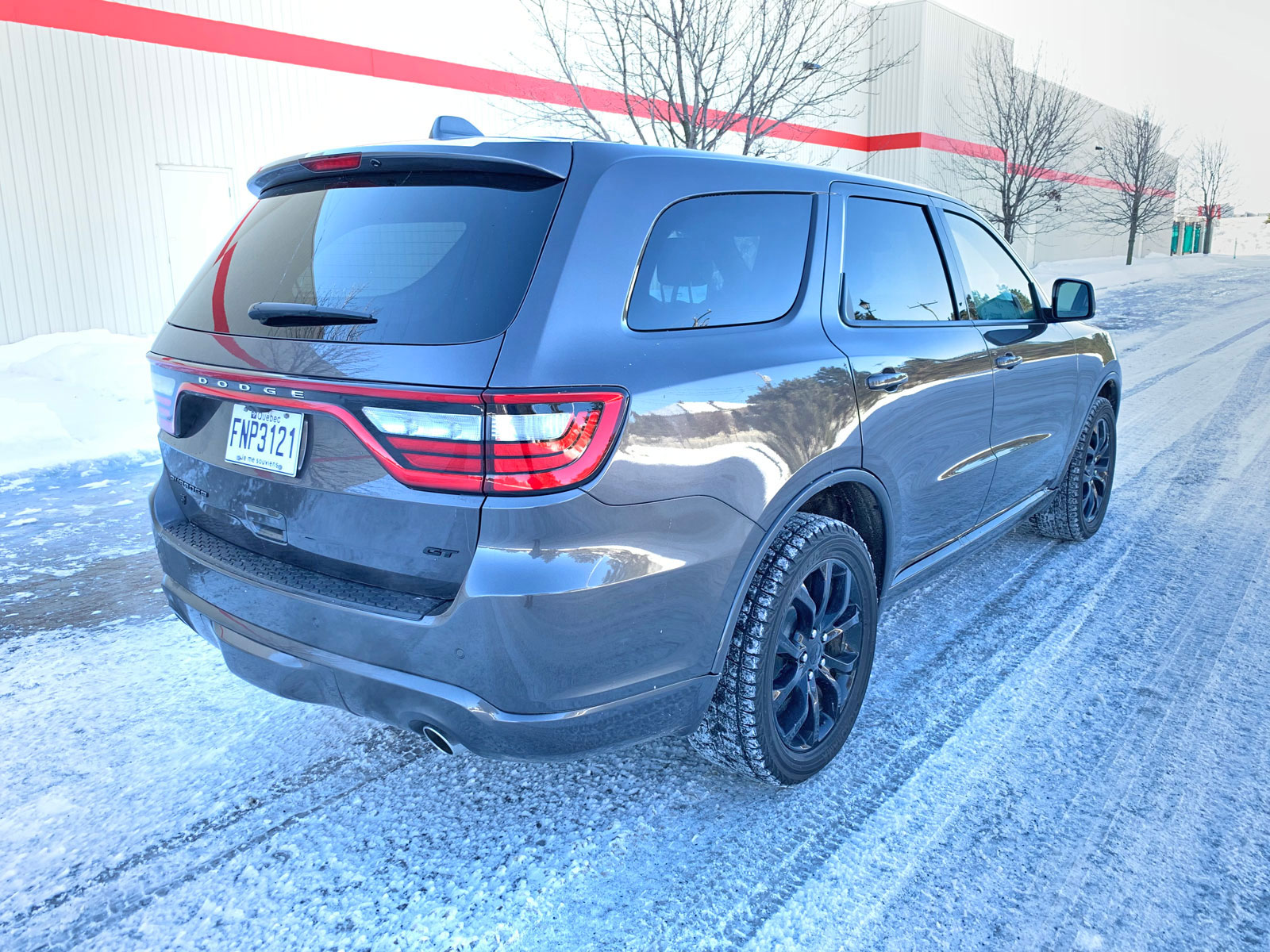 You can equip it to seat seven people but you don’t need that extra seat, the middle row captain’s chairs are a nice option and the SUV ends up seating six people. Keep in mind that the third row will be a bit tight for adults and is best suited for youngsters (as is usually the case). An optional second-row center console gives the occupants some added storage and functionality

The seats themselves are comfortable as heck. The Durango provides the occupants with a spacious and ergonomically-sound interior. Everything is right where it should be for ease of use. There are large knobs for volume and fan speed which I cannot say enough good things about.  The gear shift lever is large and perfect to rest your hand on. I’m sure as to the long-term quality of the buttons though. They feel like they might not last very long. Standard features include push-button start, tri-zone climate control, backup camera, power lift gate, heated front and second-row seats and a heated steering wheel (which gets too hot to be honest). 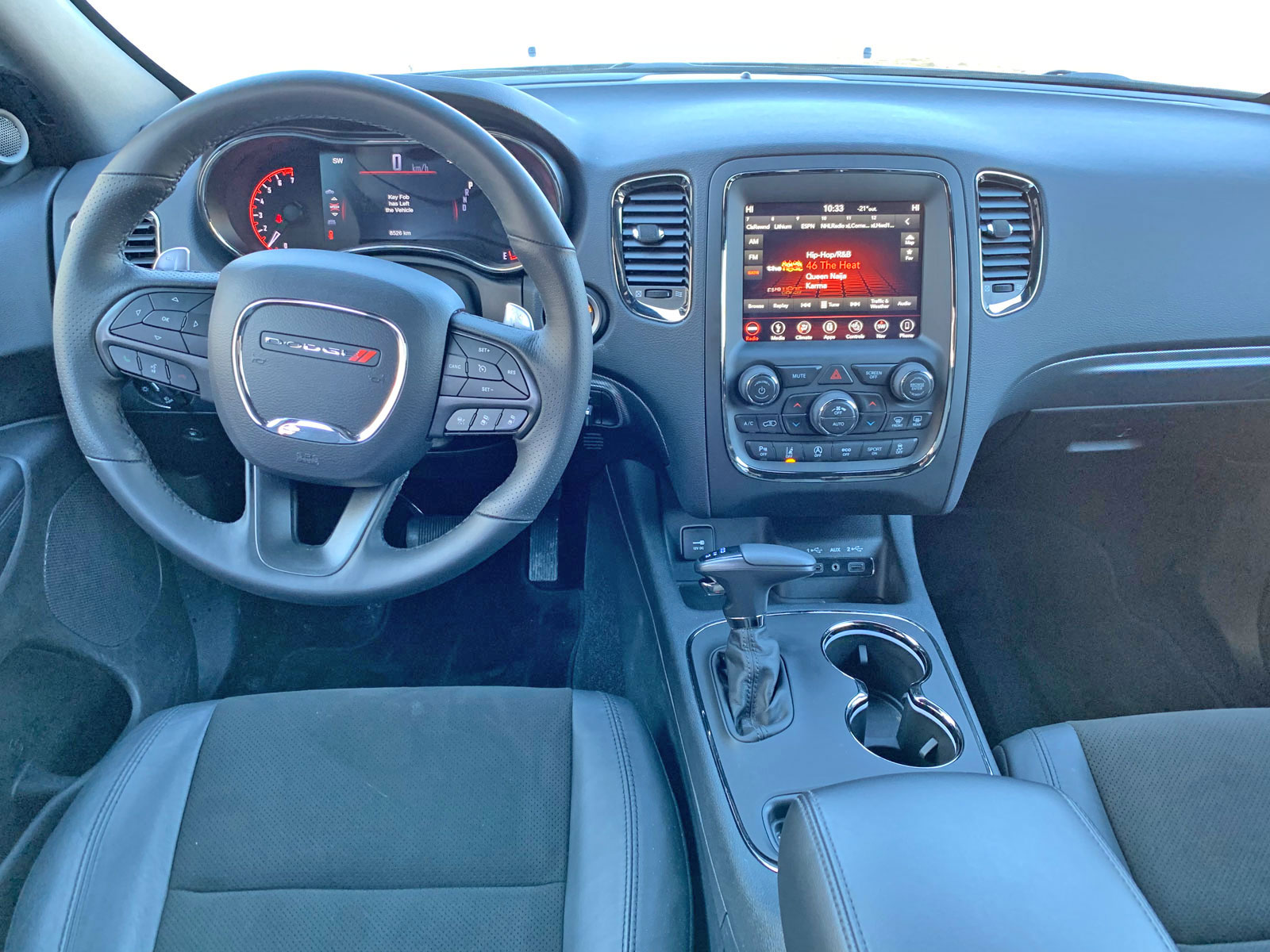 The Uconnect 4 infotainment system is simply a joy to use. Its intuitive display takes no time to get used to and is among the best systems on the market. Apple CarPlay and Android Auto are available the larger optional larger 8.4-inch display, otherwise you need to make do with the 7-inch display. All things being said, the interior of the Durango is a nice place to be.

Under the hood of the test vehicle we find a 3.6-litre V6 making a respectable 295 horsepower and 260 ib.-ft. of torque. It’s not the powerhouse of the SRT but it moves the Durango’s 2,261 kilograms with ease. The Durango is perfectly at home cruising on the highway and scooting around town but is not a performance beast in tight corners. I found the ride comfortable and satisfying for daily driving duties. Paired with its eight-speed automatic transmission, it can tow up to 6,200 pounds which is sure to make those weekend jaunts to the cottage towing your ATVs or snowmobiles a cinch. The test vehicle was equipped with the tow package and it includes a new integrated trailer brake. Fuel consumption for my mainly city driving was in the 15 L/100 km range. 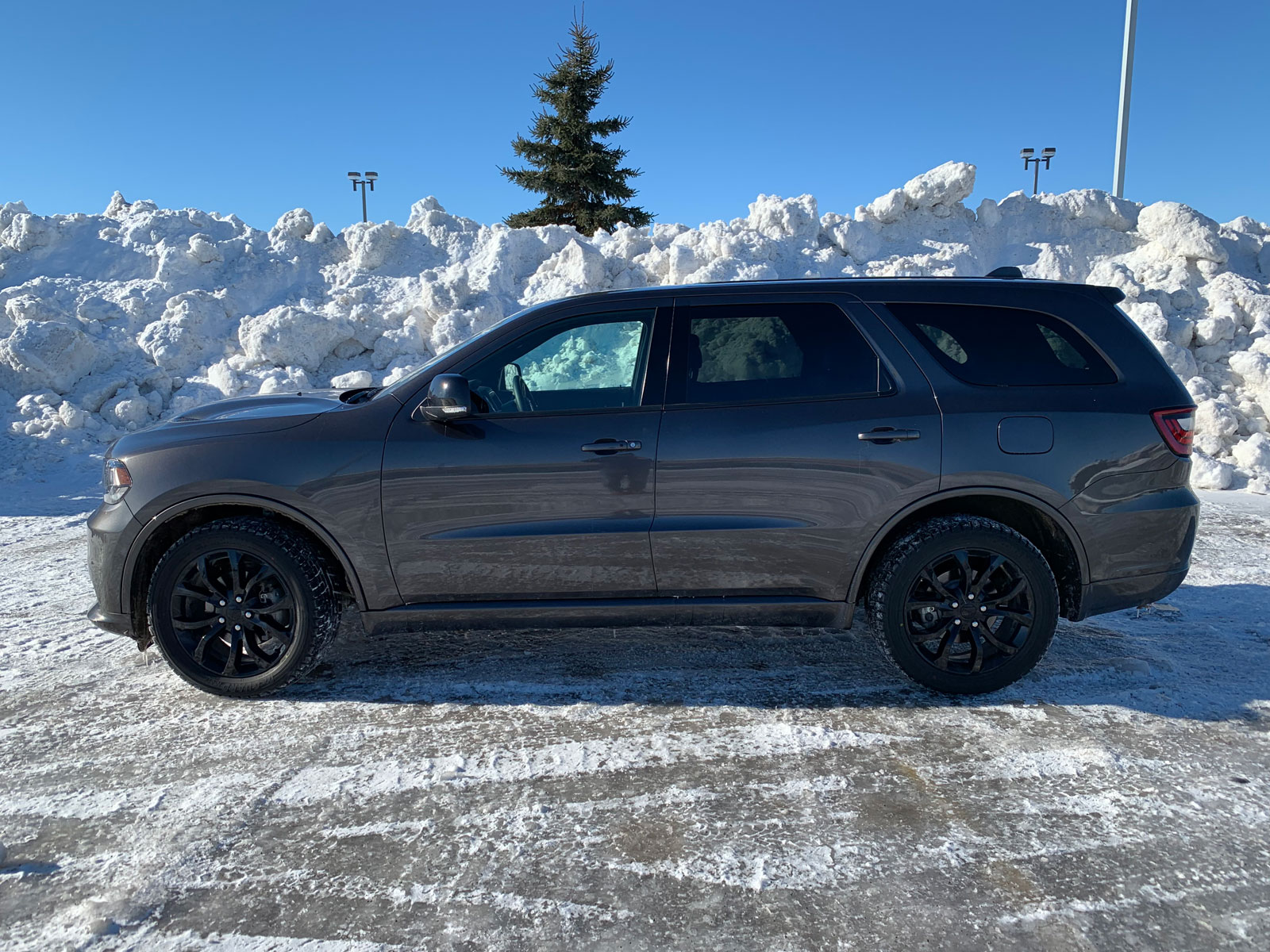 The starting price for the Durango is a hefty $50,145. With all of the options on the tester including the tech package, blacktop package, towing package, security package, lighting package and more, the final price was $60,495. I find it to be a little expensive given the Durango’s age and what the competition is offering.

The mid-size SUV segment contains industry heavy-hitters like the Honda Pilot, Toyota Highlander, Nissan Pathfinder, Mazda CX-9, Subaru Ascent, Ford Explorer, Jeep Grand Cherokee and Chevy Traverse (among others). The Durango remains relevant but a new makeover should help it in the coming years against the competition. 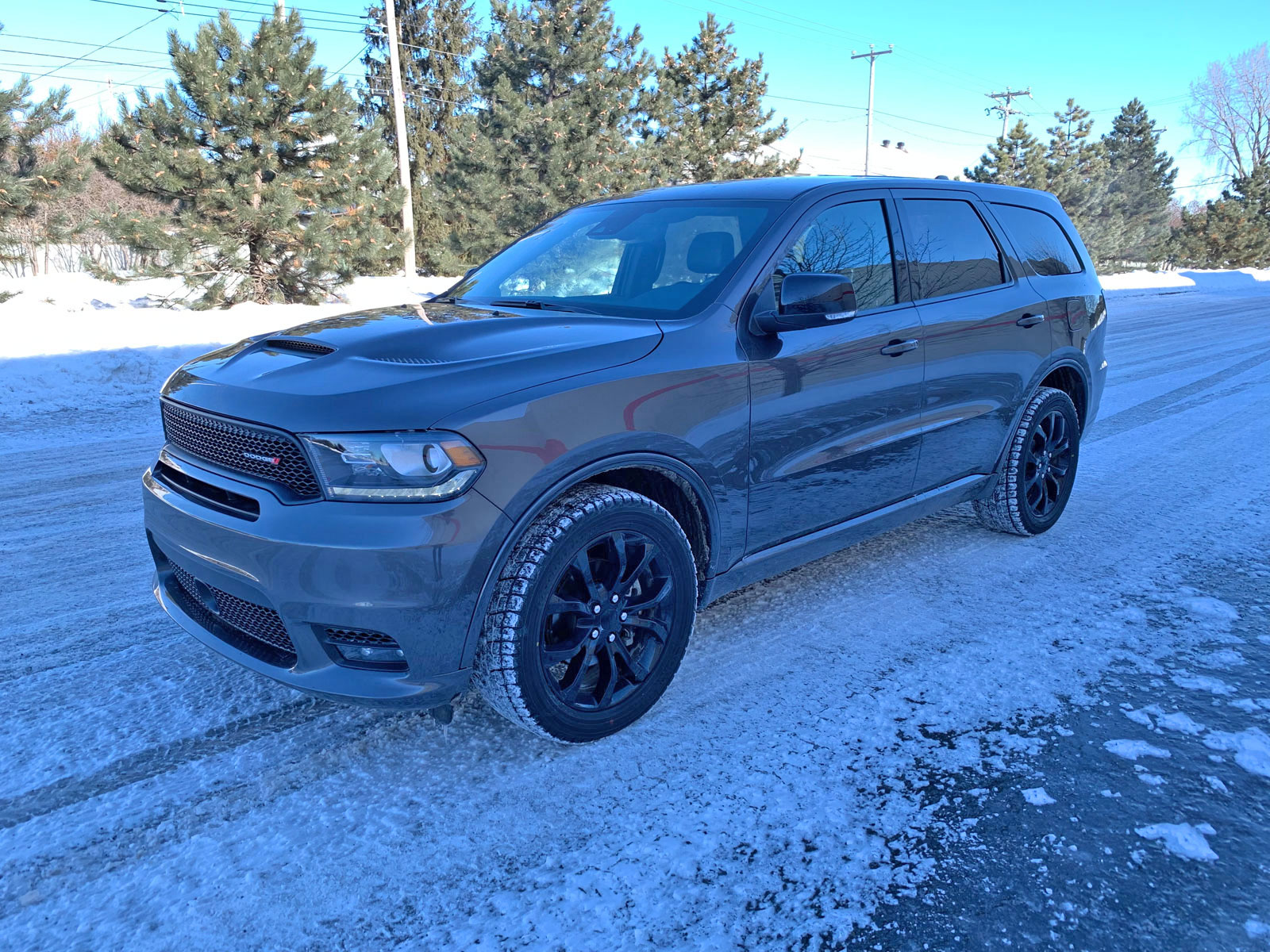 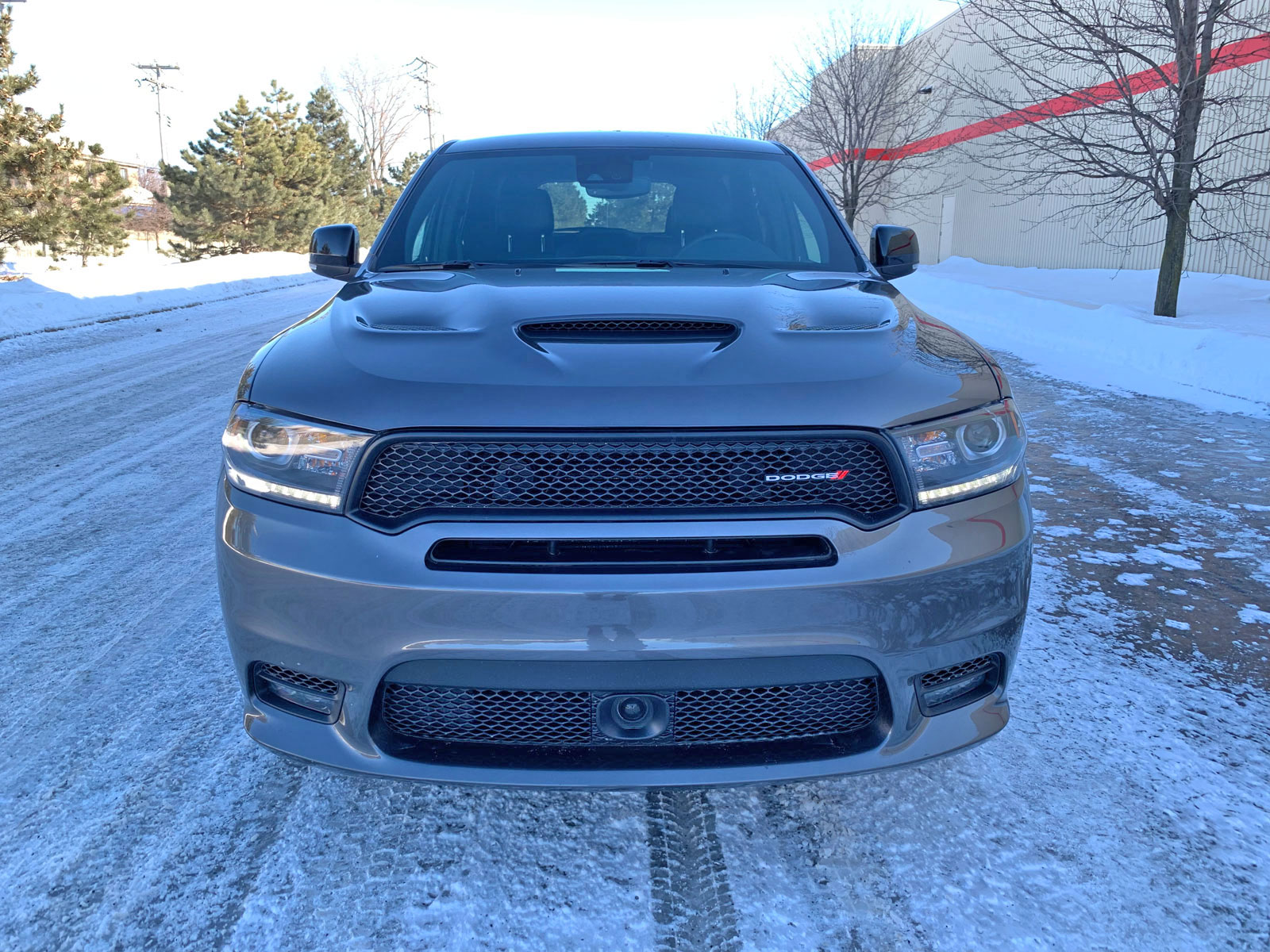 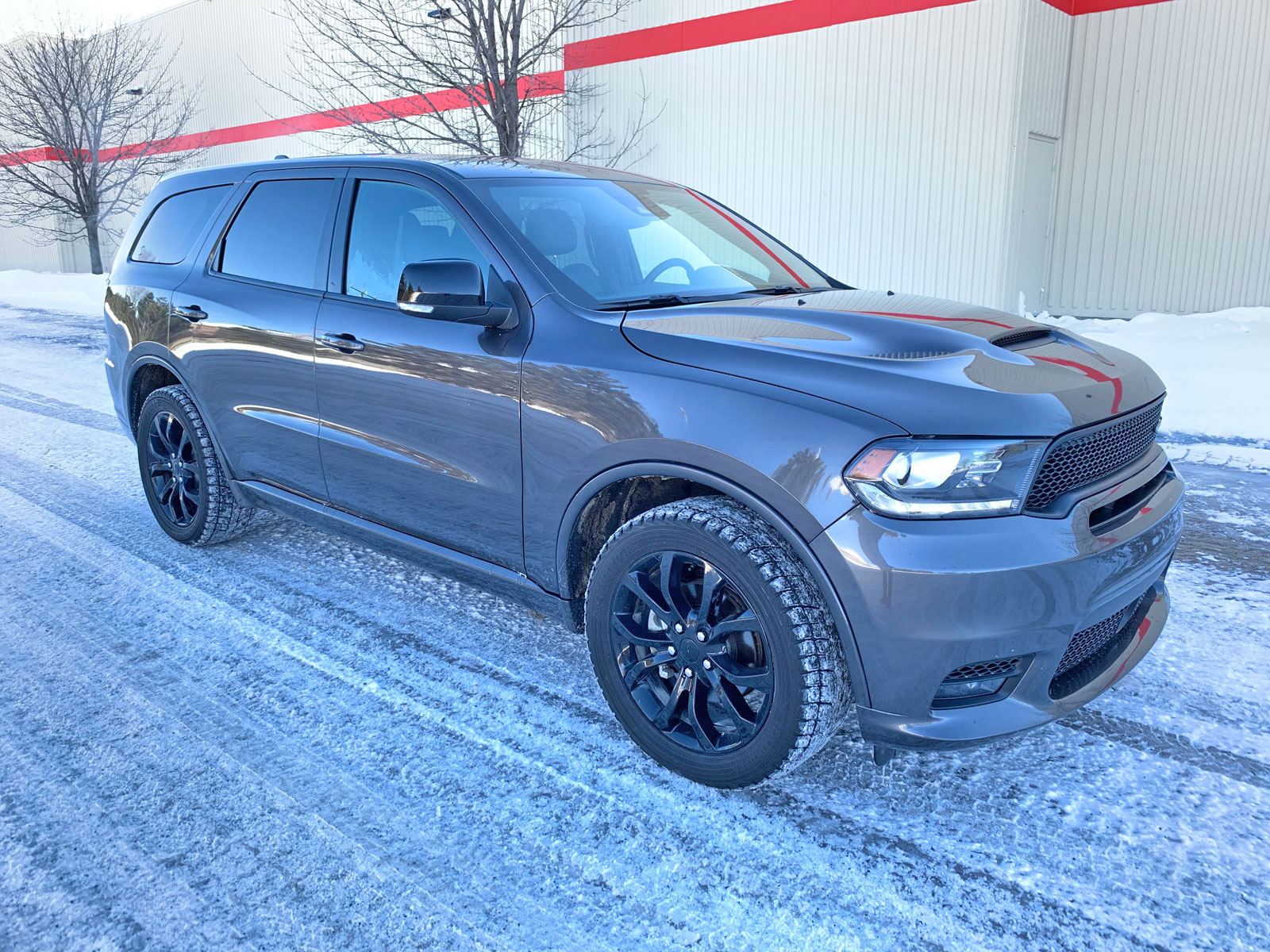 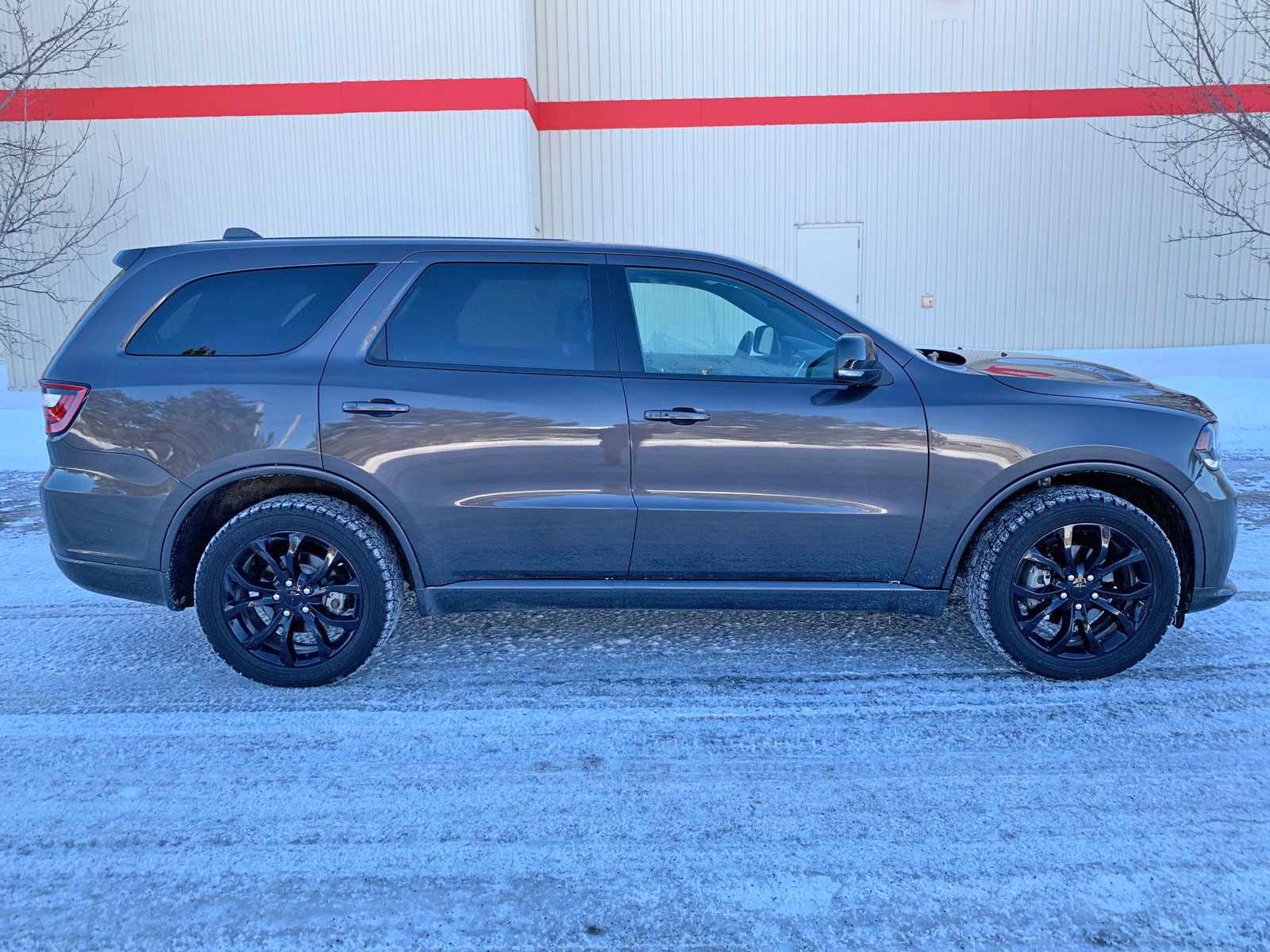 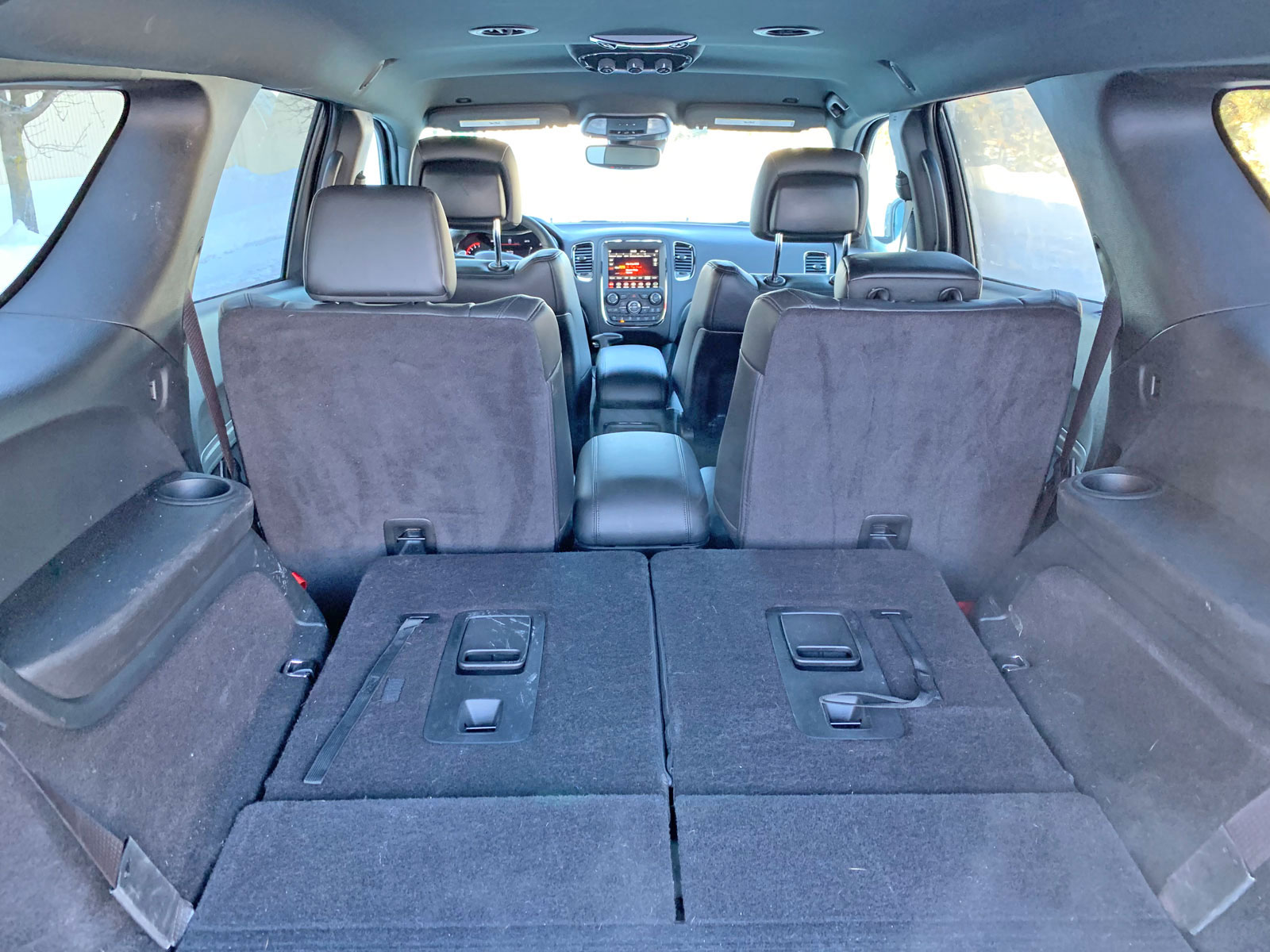 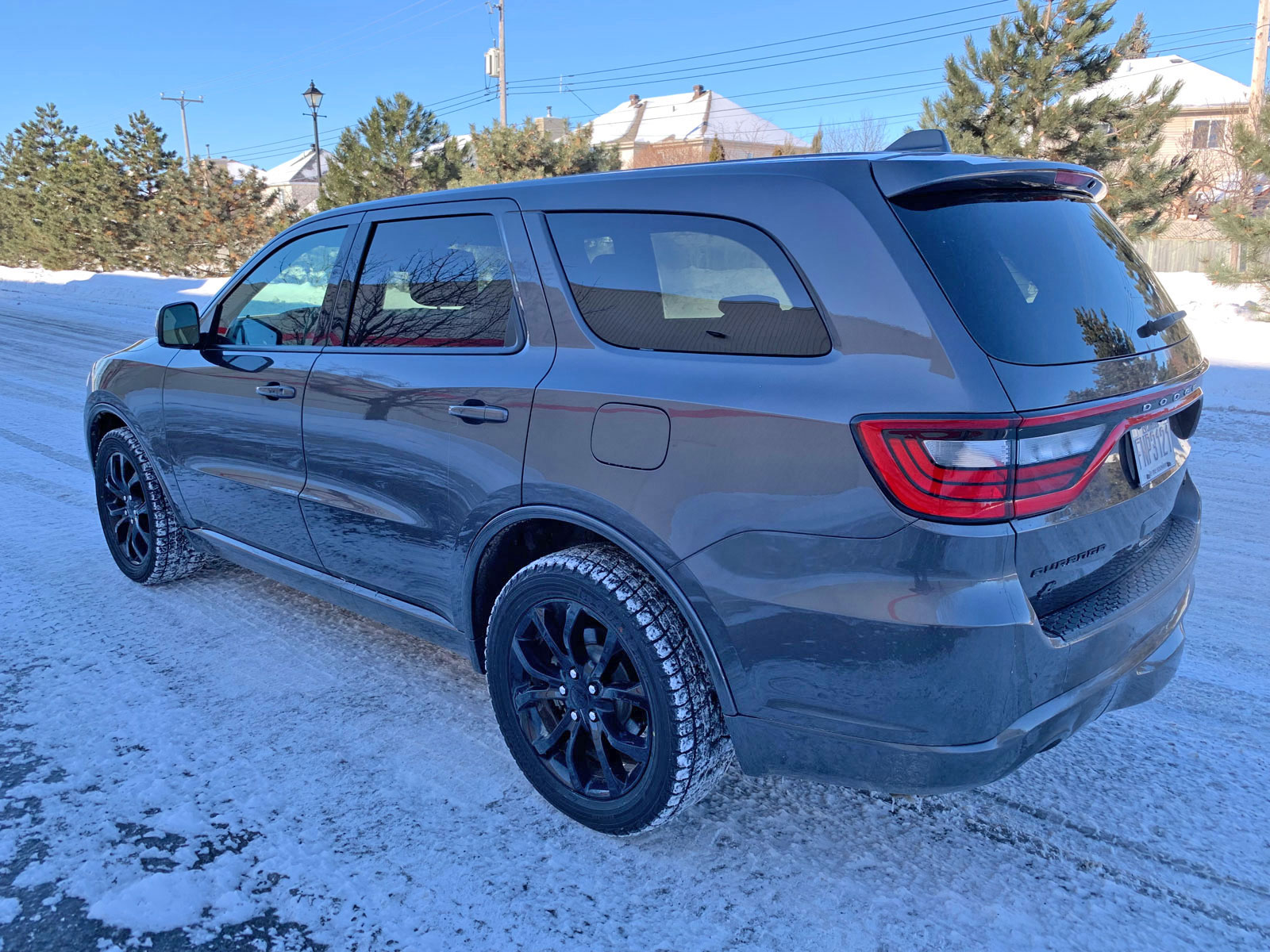 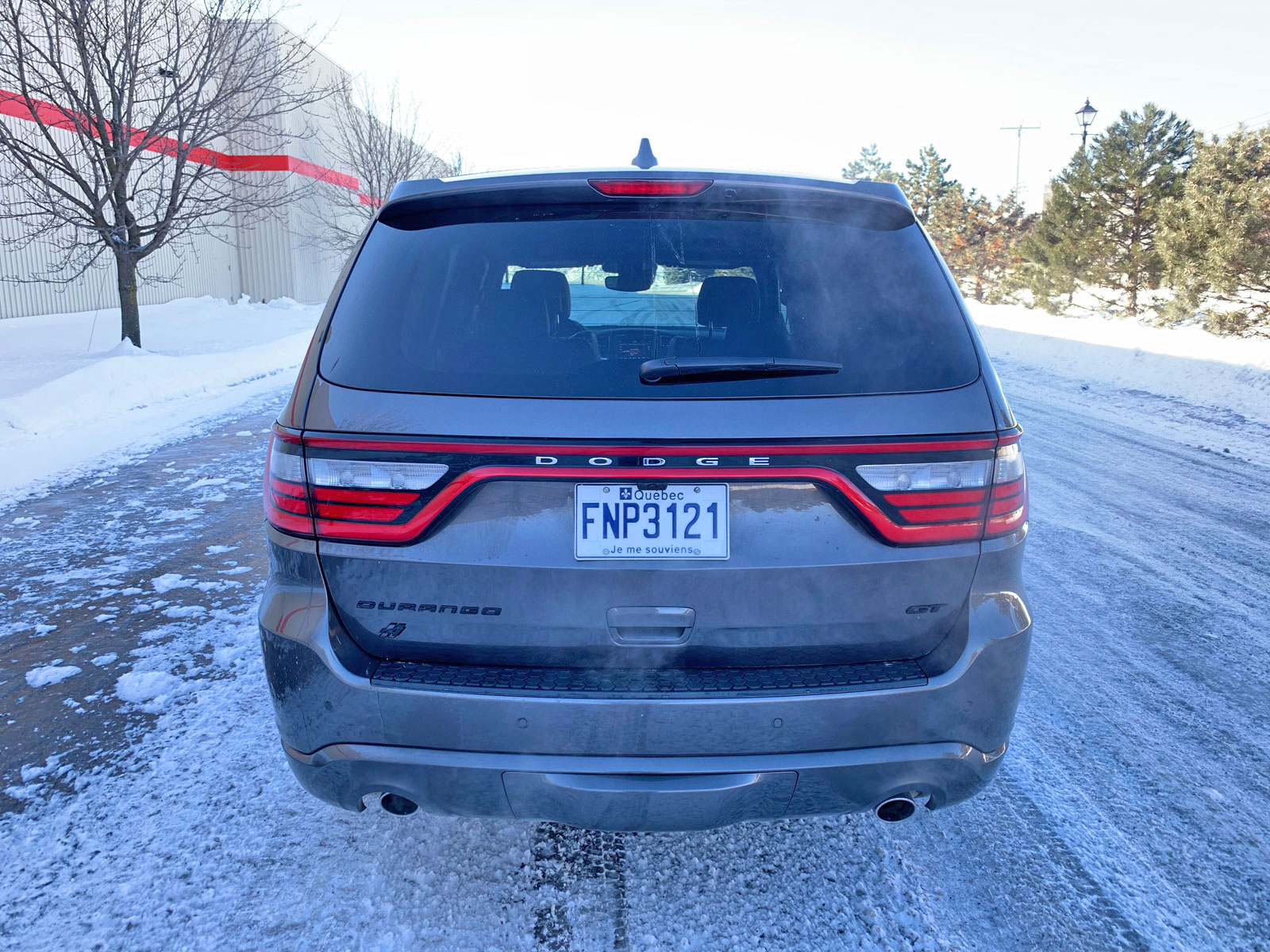 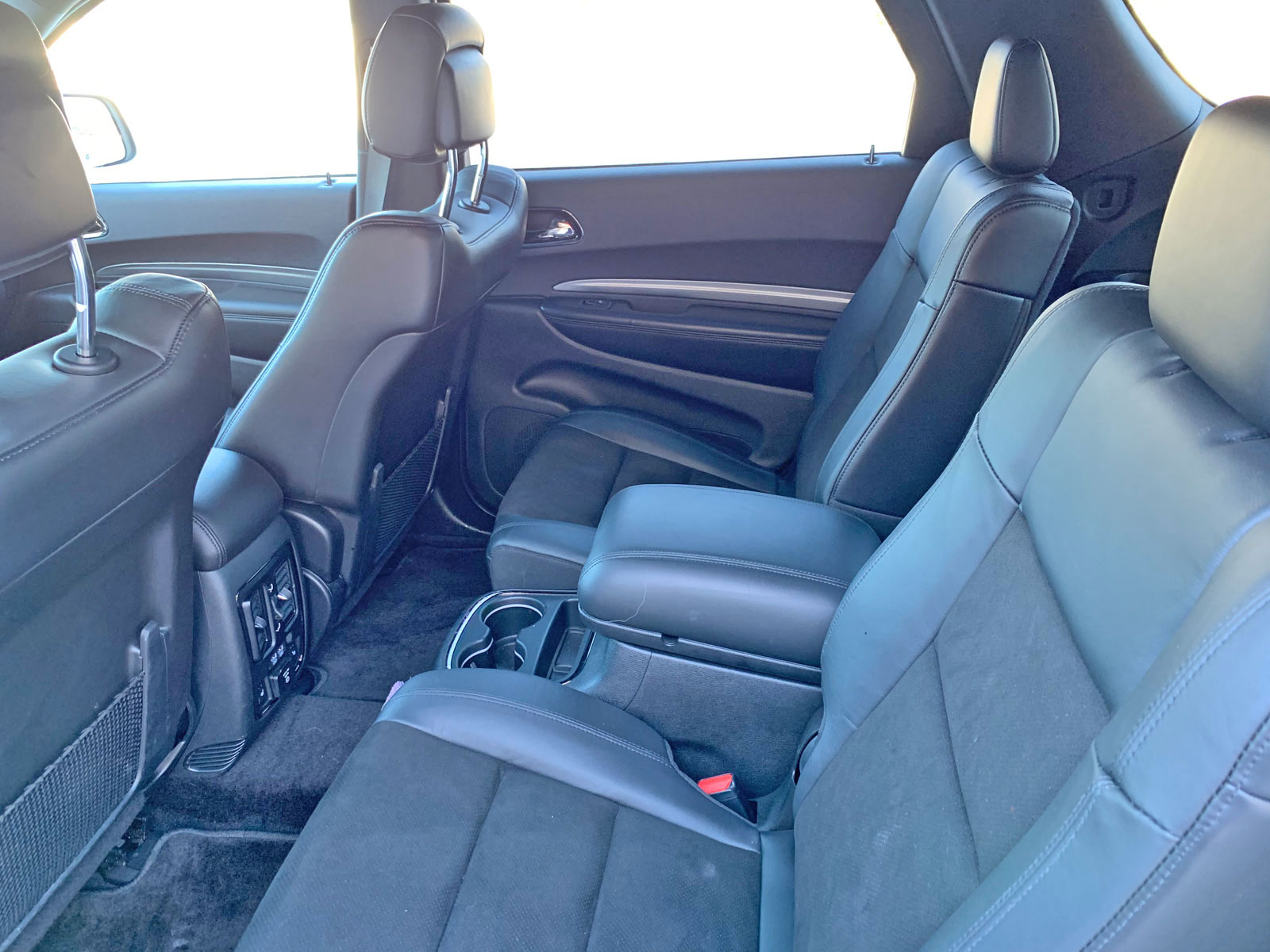 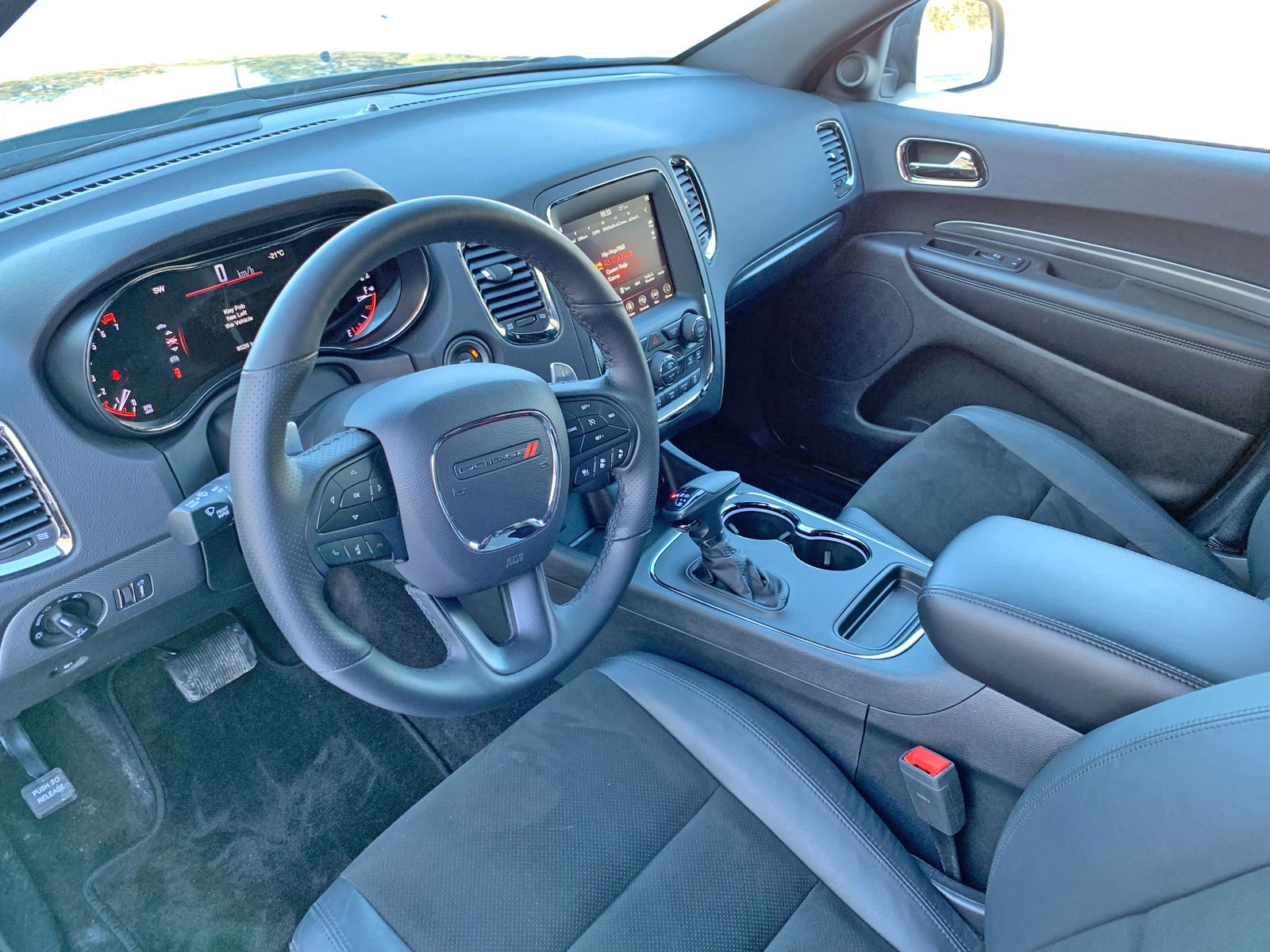 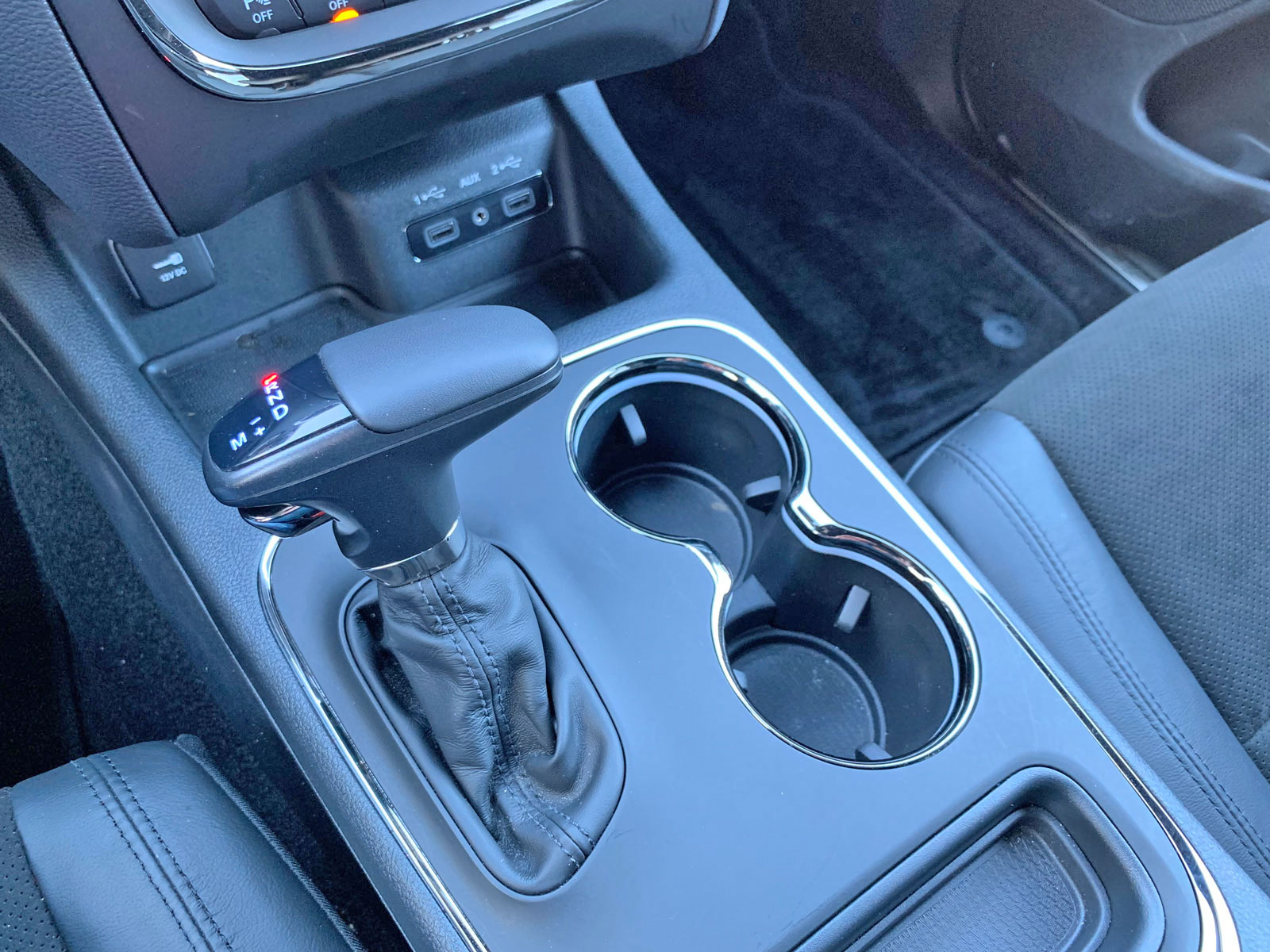 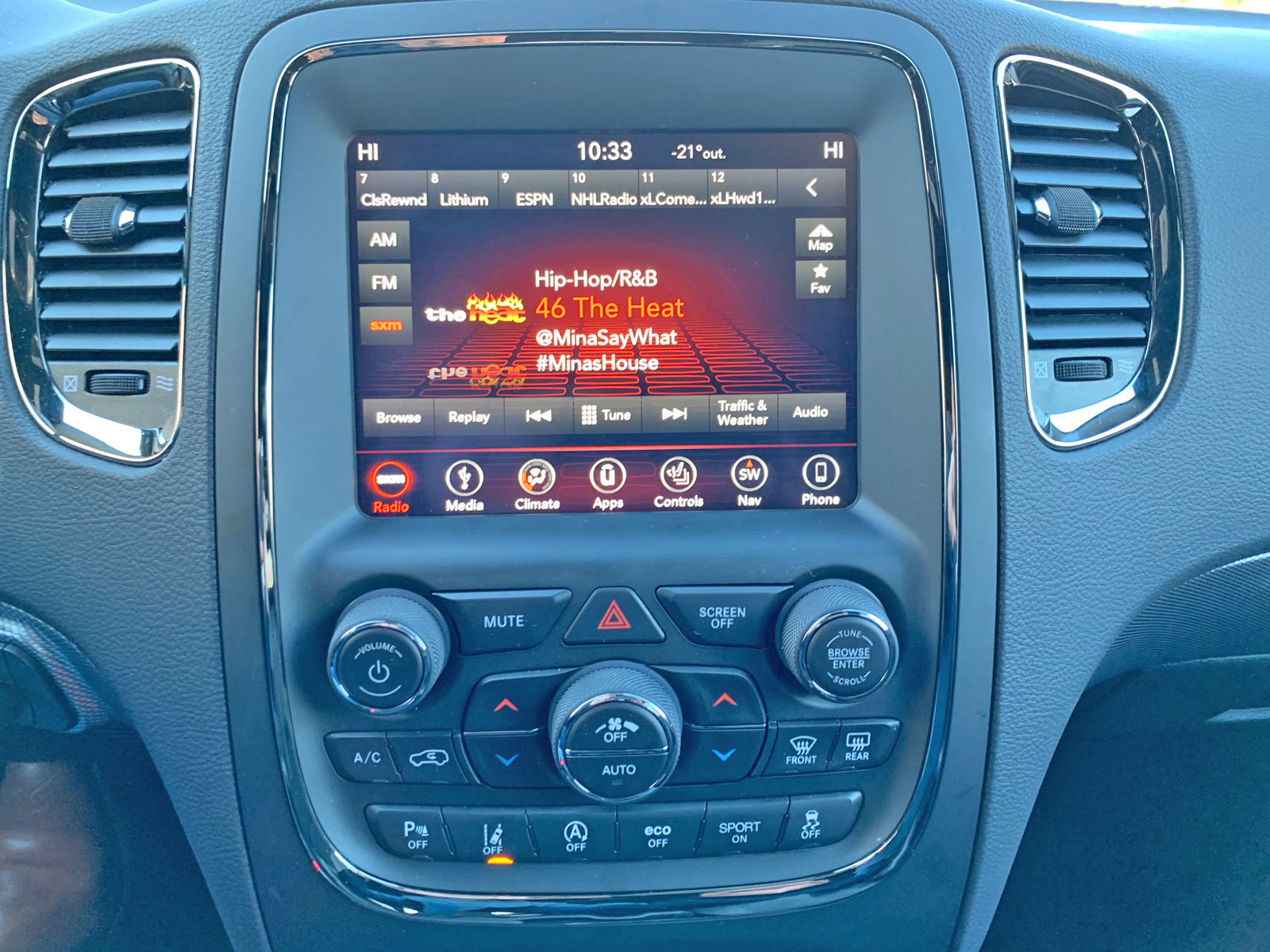 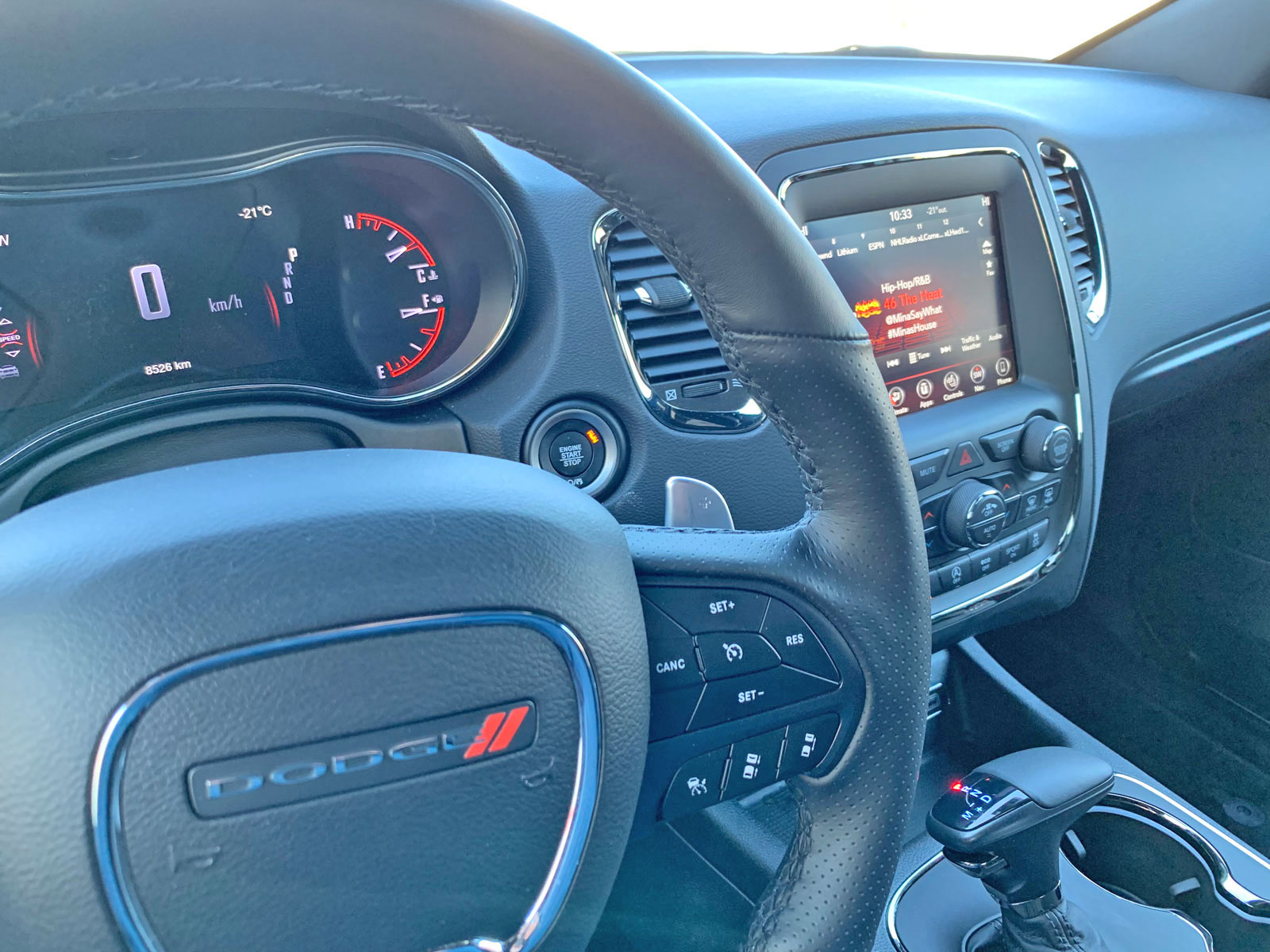 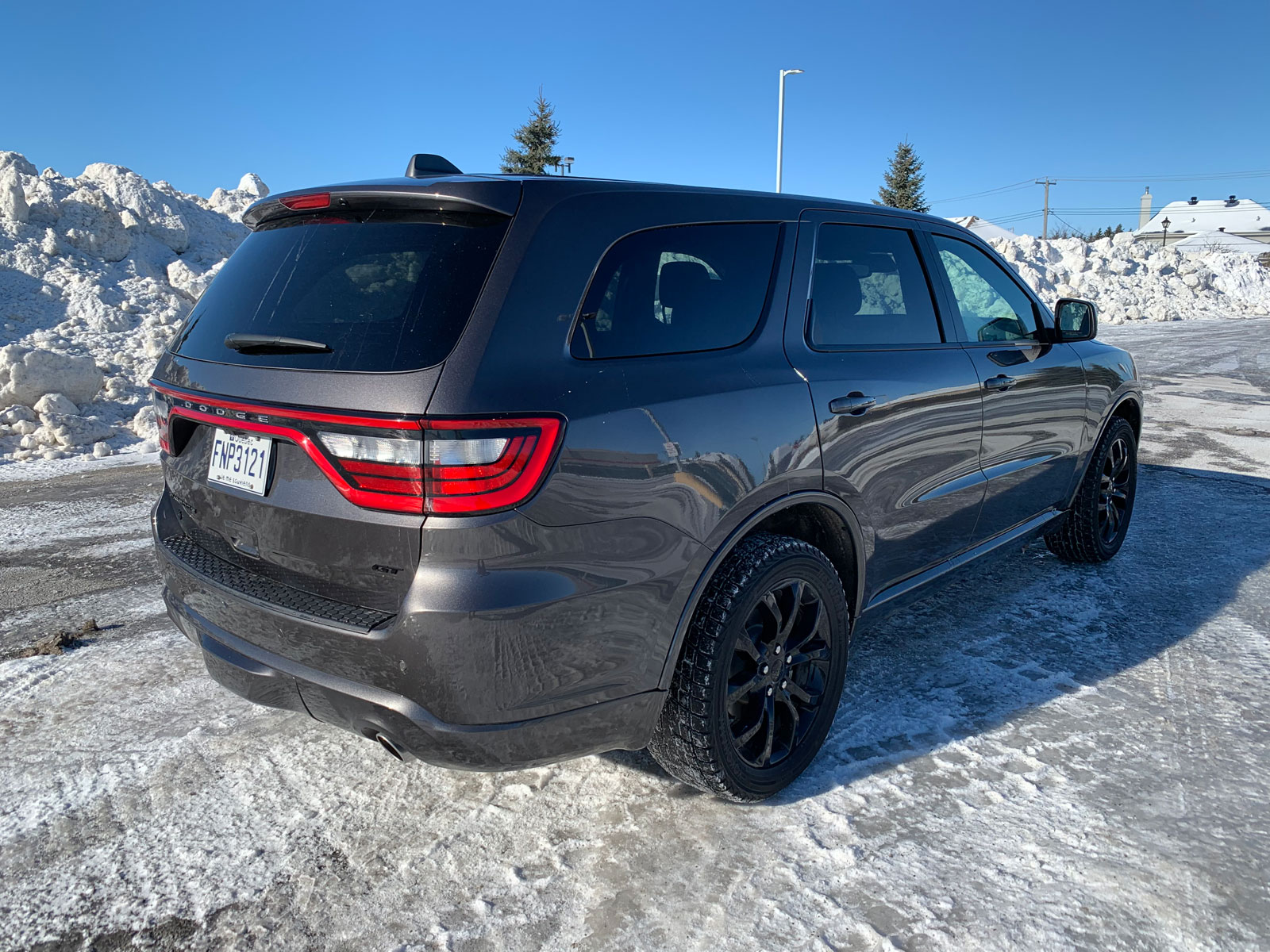