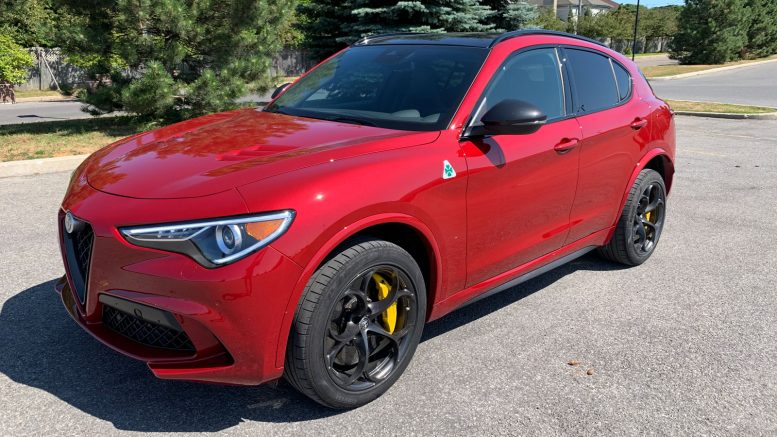 Alfa Romeo gives the racing treatment to its mid-size crossover called the Stelvio with the Quadrifoglio iteration. The Quadrifoglio name means four-leaf clover and Stelvio is derived from the highest mountain pass in Italy which is also one of the top curvy roads to drive on in Europe.

The brand’s rich racing heritage is on full display here with a performance machine that will surprise even the most skeptical of people. By that I mean that the Stelvio Quadrifoglio is unlike any crossover I’ve ever driven (and you’ve ever driven either). It has blistering acceleration, handling and braking to the point where you don’t even realize you’re in a crossover. It’s not just great as far as other crossovers go but it’s great compared to many other performance model sedans and coupes. It completed the Nürburgring with a lap time of just 7 minutes and 51 seconds. For comparison, that is faster than a Lamborghini Gallardo, Mercedes-Benz SLR McLaren, Nissan GT-R, Ferrari F430 and a 2007 Porsche 911 Turbo (among many others).

Under the hood of this monster is a Ferrari-sourced twin-turbocharged 2.9-litre V6 making 505 horsepower and 443 lb-ft of torque paired with a ZF eight-speed automatic transmission. The exhaust growl is ferocious when the vehicle is set in race mode and you can roar to 100km/h in just 3.3 seconds while running the quarter mile in 11.8 seconds. Again, for comparison, that’s the same time I was able to produce when testing a 2018 BMW M5. It’s fast, handles like it’s on rails and stops on a dime thanks to massive Brembo brakes behind the 20-inch wheels. 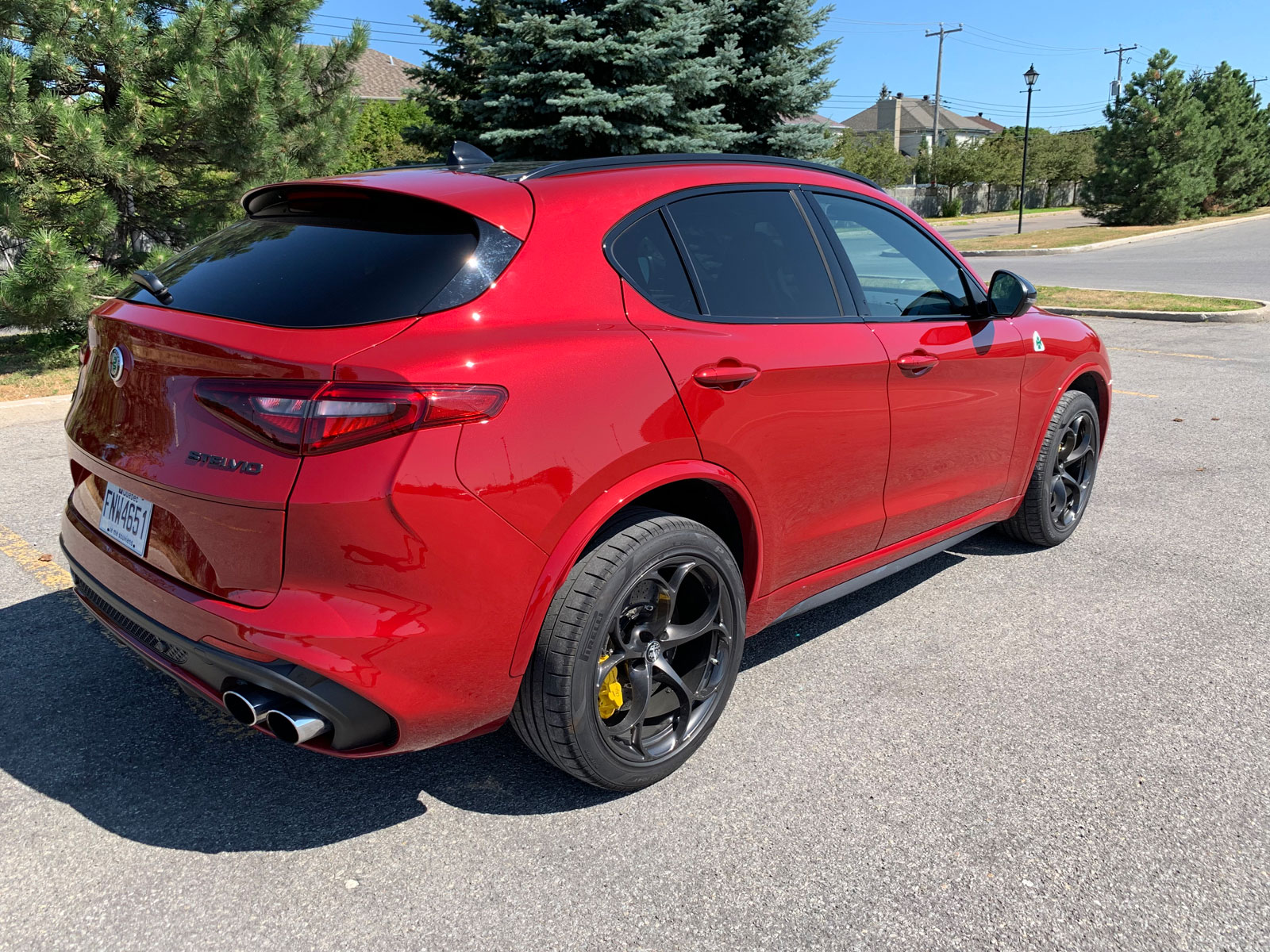 The adaptive dampers make the ride a bit on the firm side but this is why you’d have bought the Quadrifoglio in the first place. As I mentioned before, the exhaust note is loud and gets louder as you progress through the driving modes. In full race mode at wide open throttle, it sounds like the vehicle is shooting flames out the rear with intense backfiring that you will come to love and need to hear each time you drive the vehicle because it’s a wonderous thing.

The Stelvio’s good looks also set it apart from the blandness of other European makes. It sure was nice to drive something different than the hordes of BMW, Audi and Mercedes-Benz vehicles we all encounter on a daily basis. Alfa Romeo has given the Stelvio sleek, sporty lines with its signature front grille for an overall unique look. That being said, the Quadrifoglio might not be apparent to the untrained eye with only the four-leaf clover fender badge, quad exhaust tips and discrete hood vents to distinguish it from other trims.

The inside of the Quadrifoglio is full race-mode with carbon fiber racing seats, carbon fiber trim, and a carbon fiber-lined steering wheel. The best part is the push-button start which is located on the steering wheel. The layout is excellent and Alfa Romeo is one of the few manufacturers who have figured out that having knobs on the lower center console is the best way to control the infotainment system. It allows the driver to keep their focus closer to the road rather than have to reach forward and tap the screen. 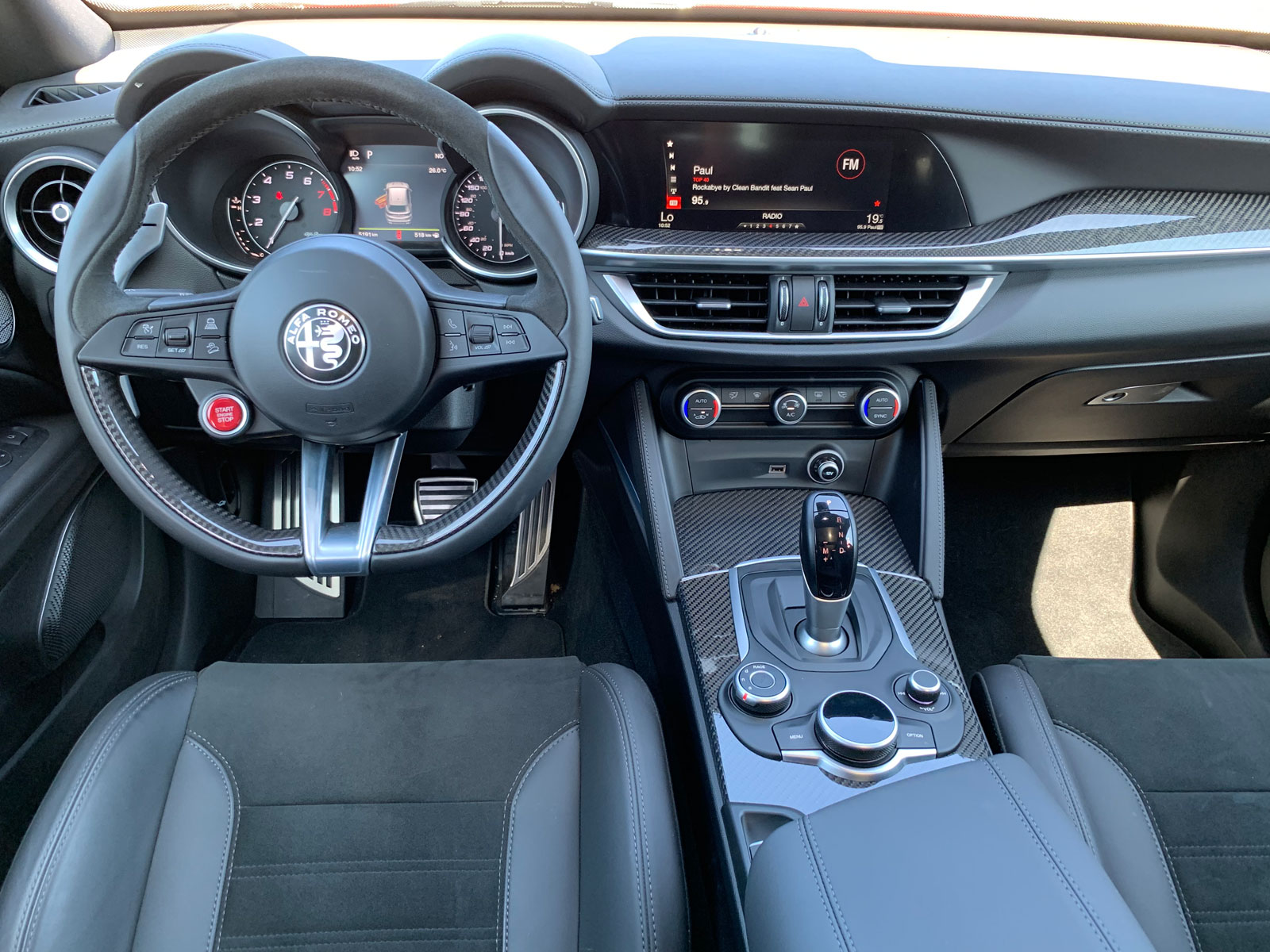 I have read quite a few reviews that mentioned that the interior materials and fit and finish of the Stelvio was sub-par for a luxury manufacturer. I’m going to have to disagree with those assessments which is interesting because I’m very picky when it comes to interior fit and finish.

The Stelvio’s interior felt solid and well-made. The buttons were firm to the touch and I could tell they would be solid for years to come. Ergonomically, everything is where it should be and within reach. The infotainment screen is a bit small but the layout of the system is nice and intuitive. I will agree, however, that more attention could have been paid to avoid the type of plastics found in entry level cars in certain parts of the cabin but honestly, it’s barely worth mentioning.

You can get a regular 2019 Stelvio TI Sport for a mere $53,745 which is not a bad deal. The 2019 Quadrifoglio, however, starts at $95,000 and with options, the test vehicle came out to $117,790 including transport. That’s a heck of a sticker price to contend with and likely puts the car out of consideration for many people. That being said, to the avid Italian car fan who craves performance and needs to be different regardless of the price, the Stelvio Quadrifoglio will deliver the goods. 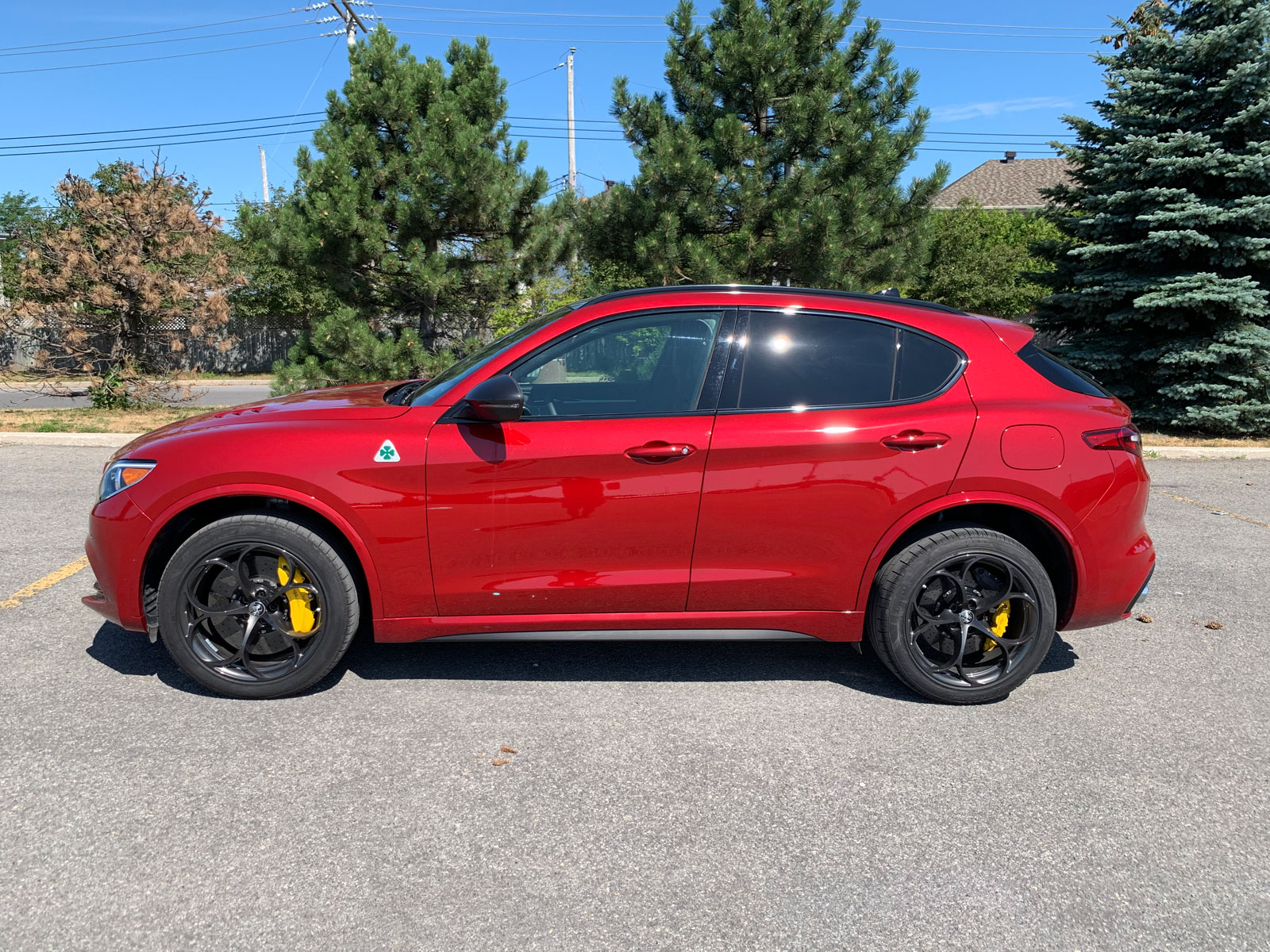 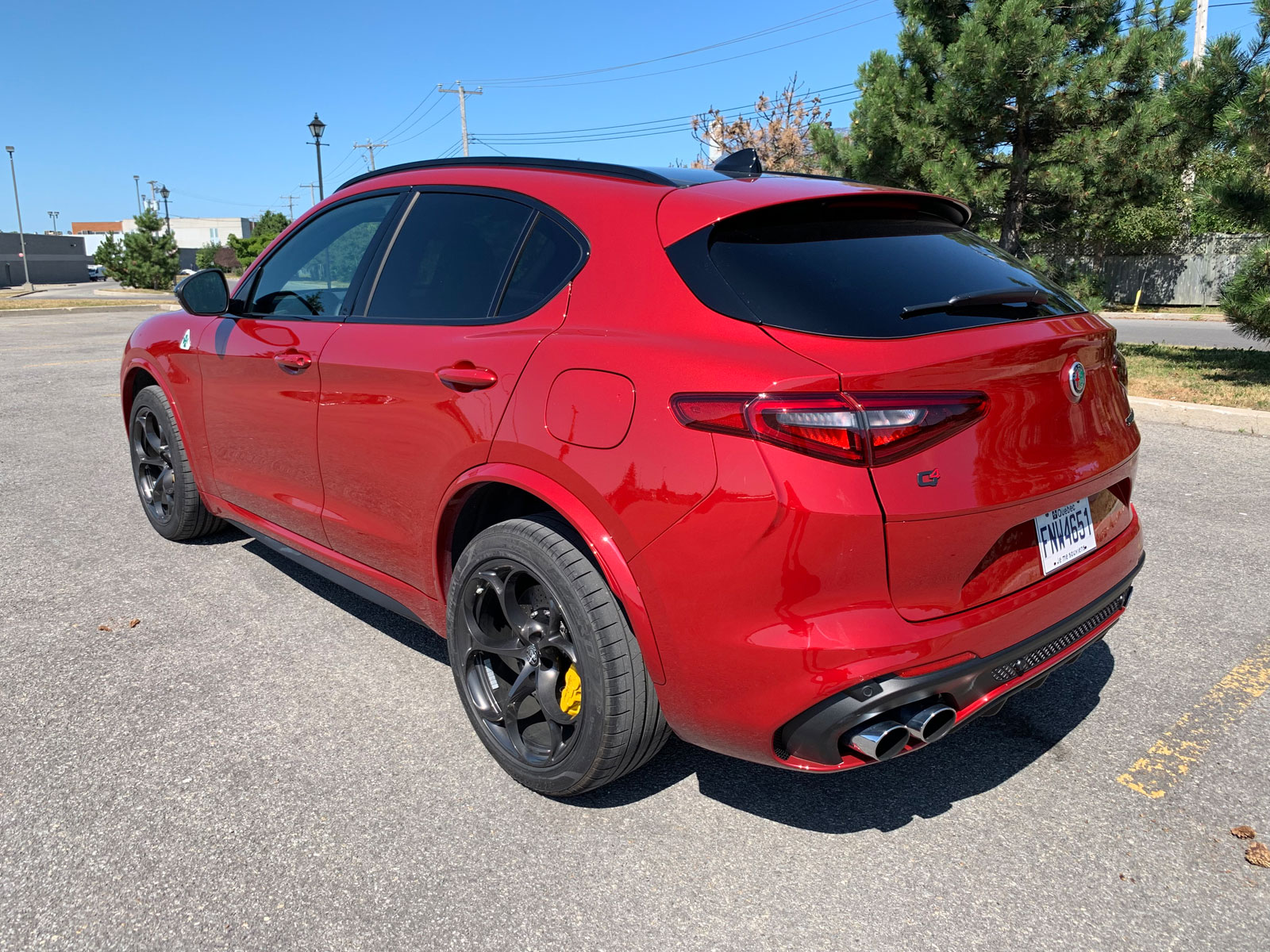 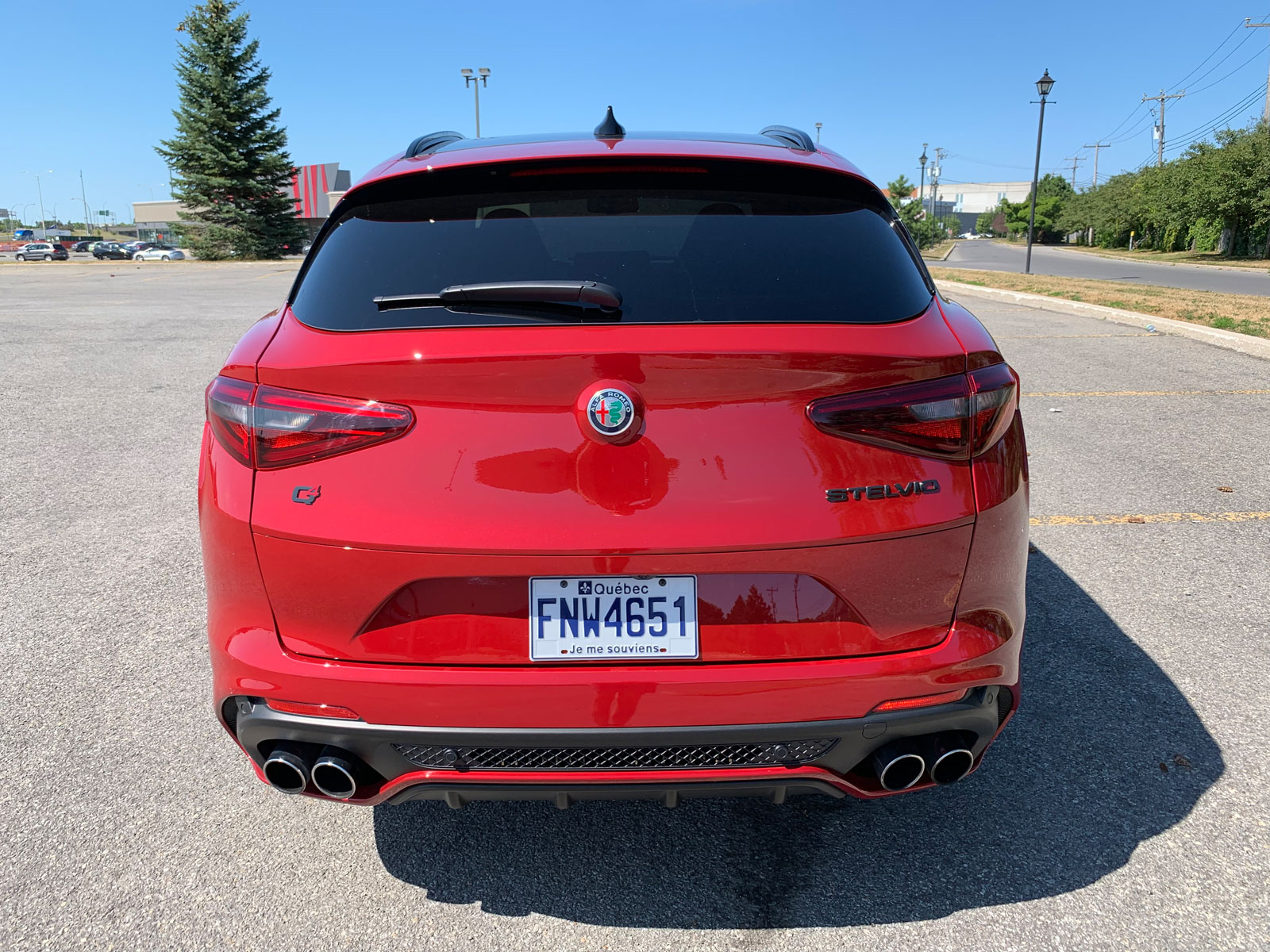 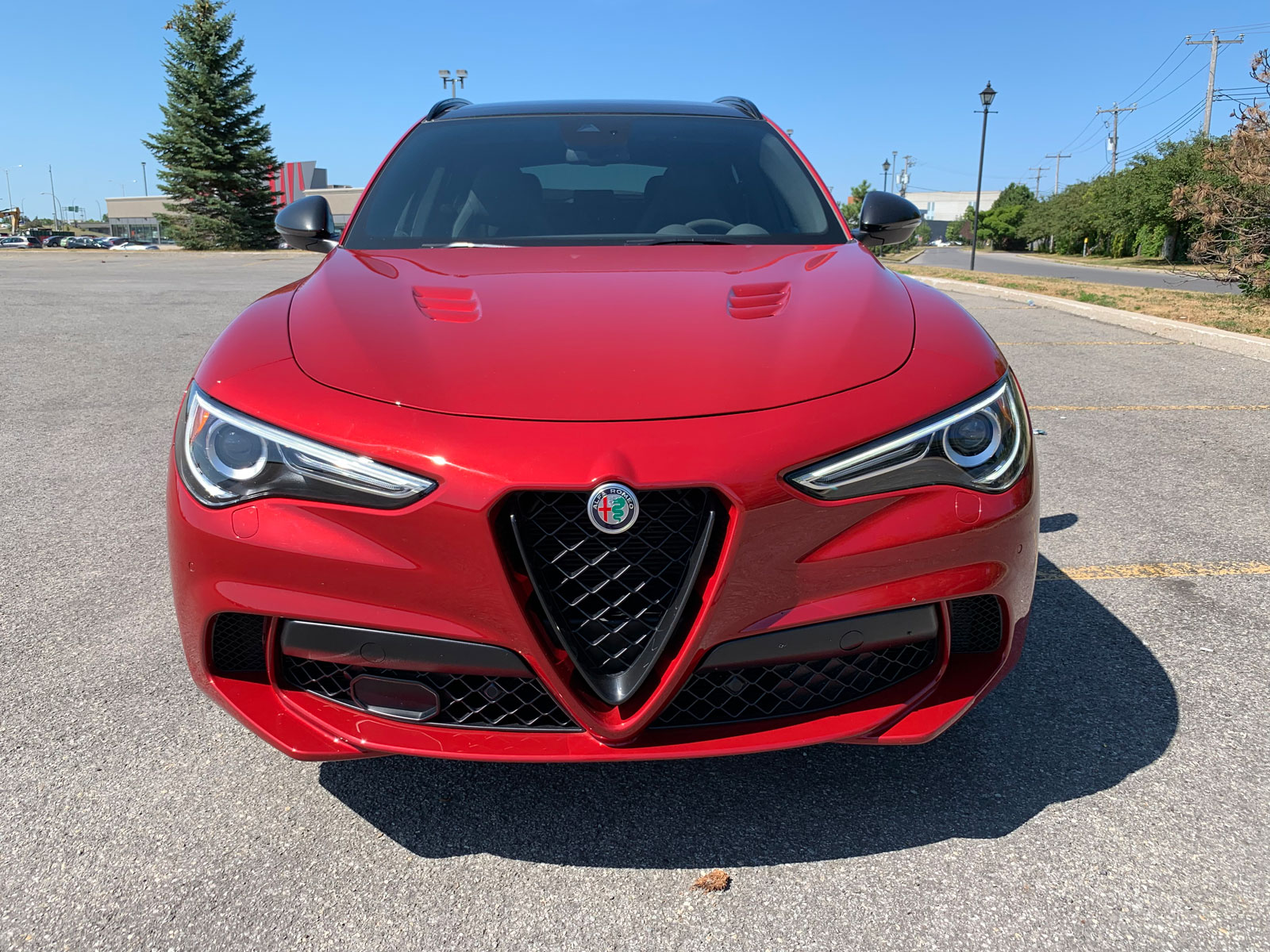 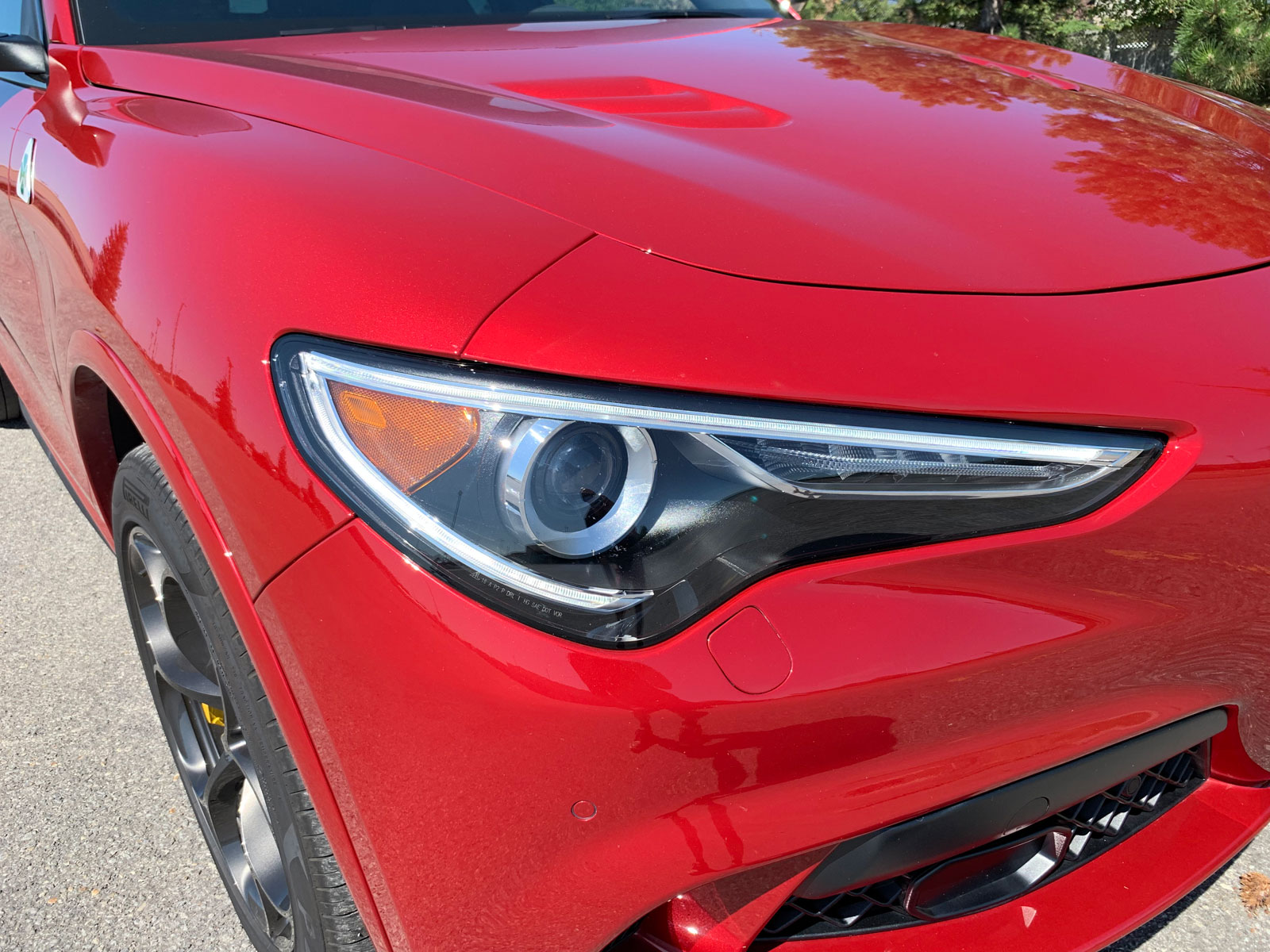 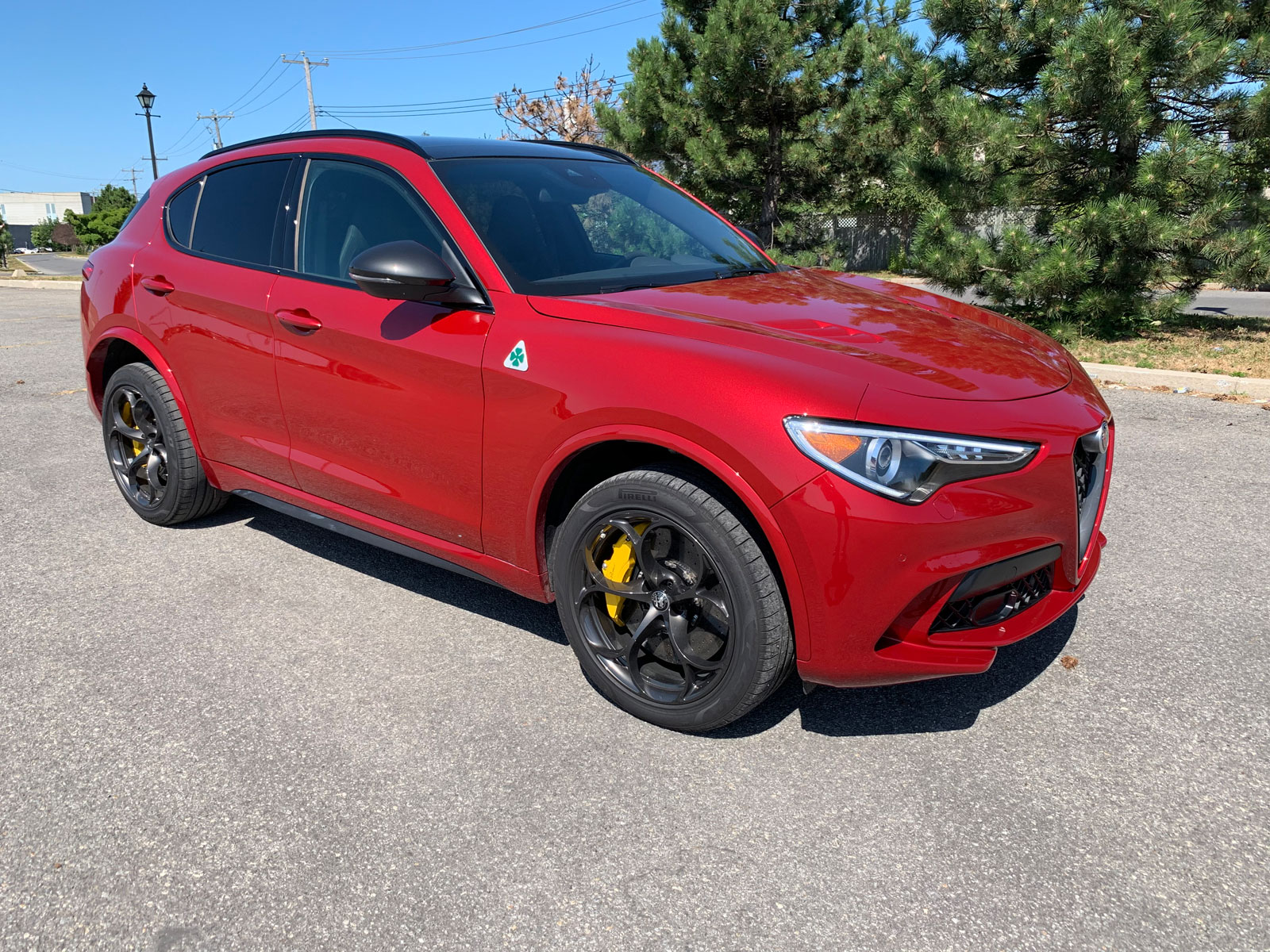 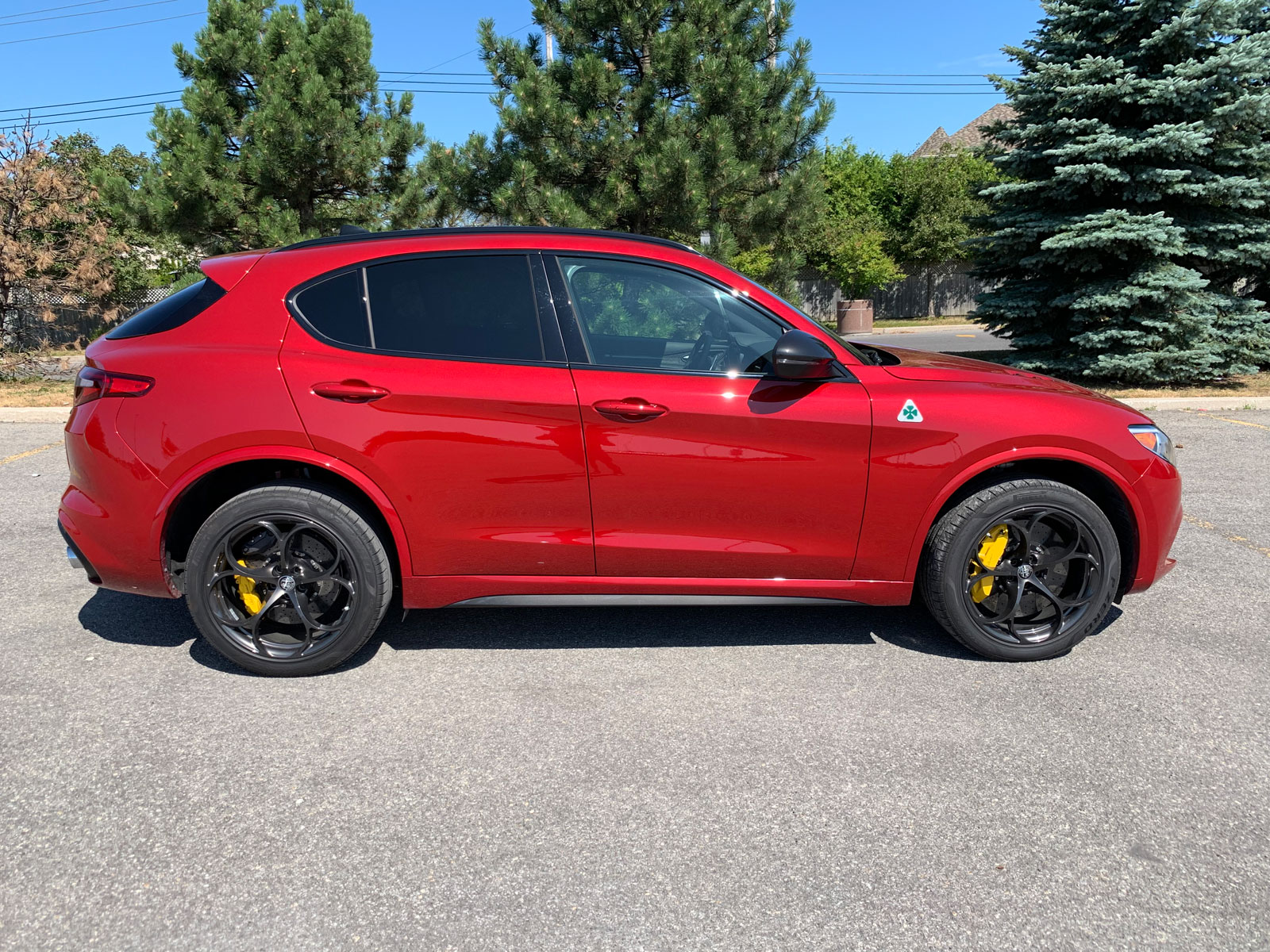 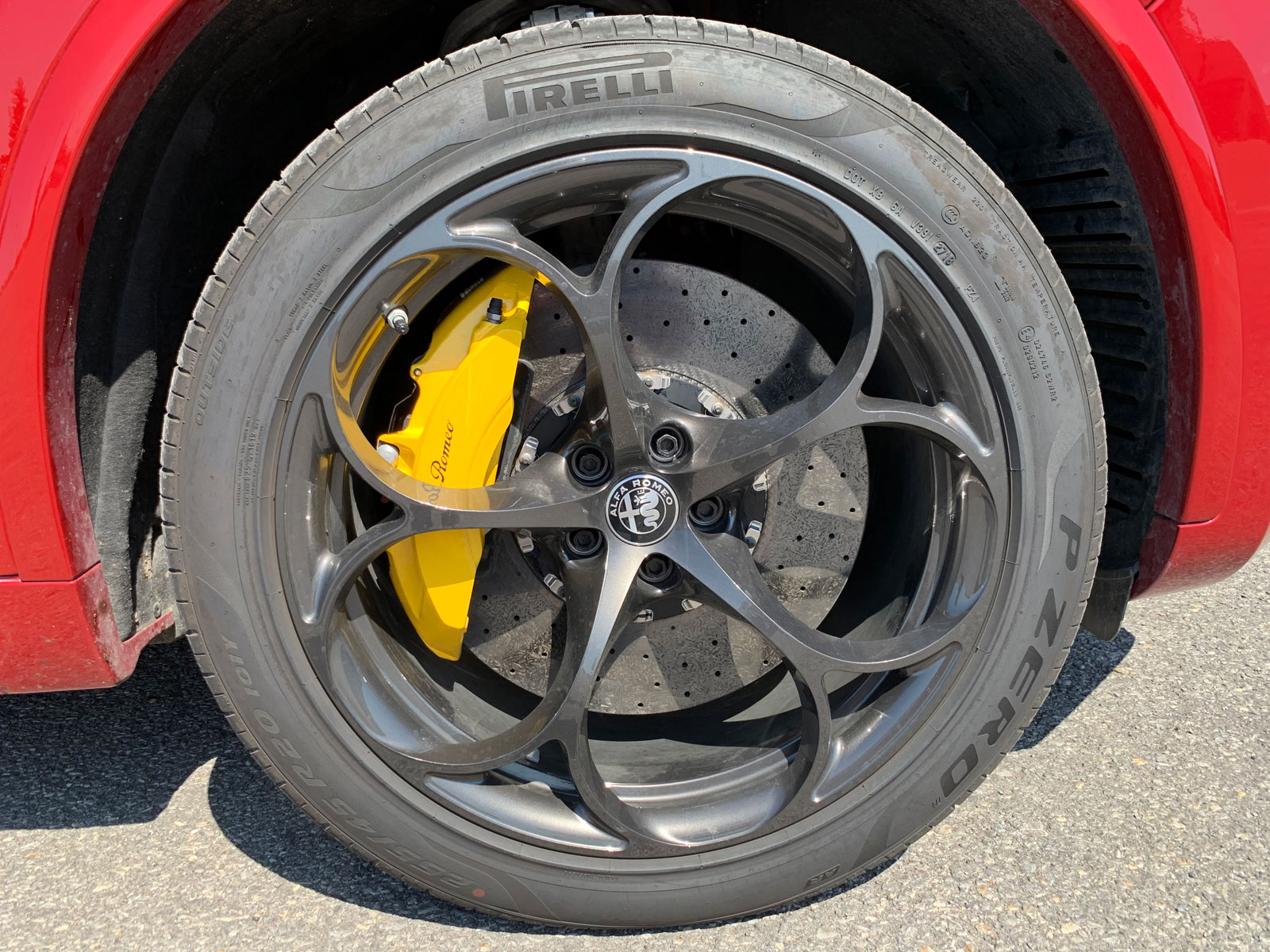 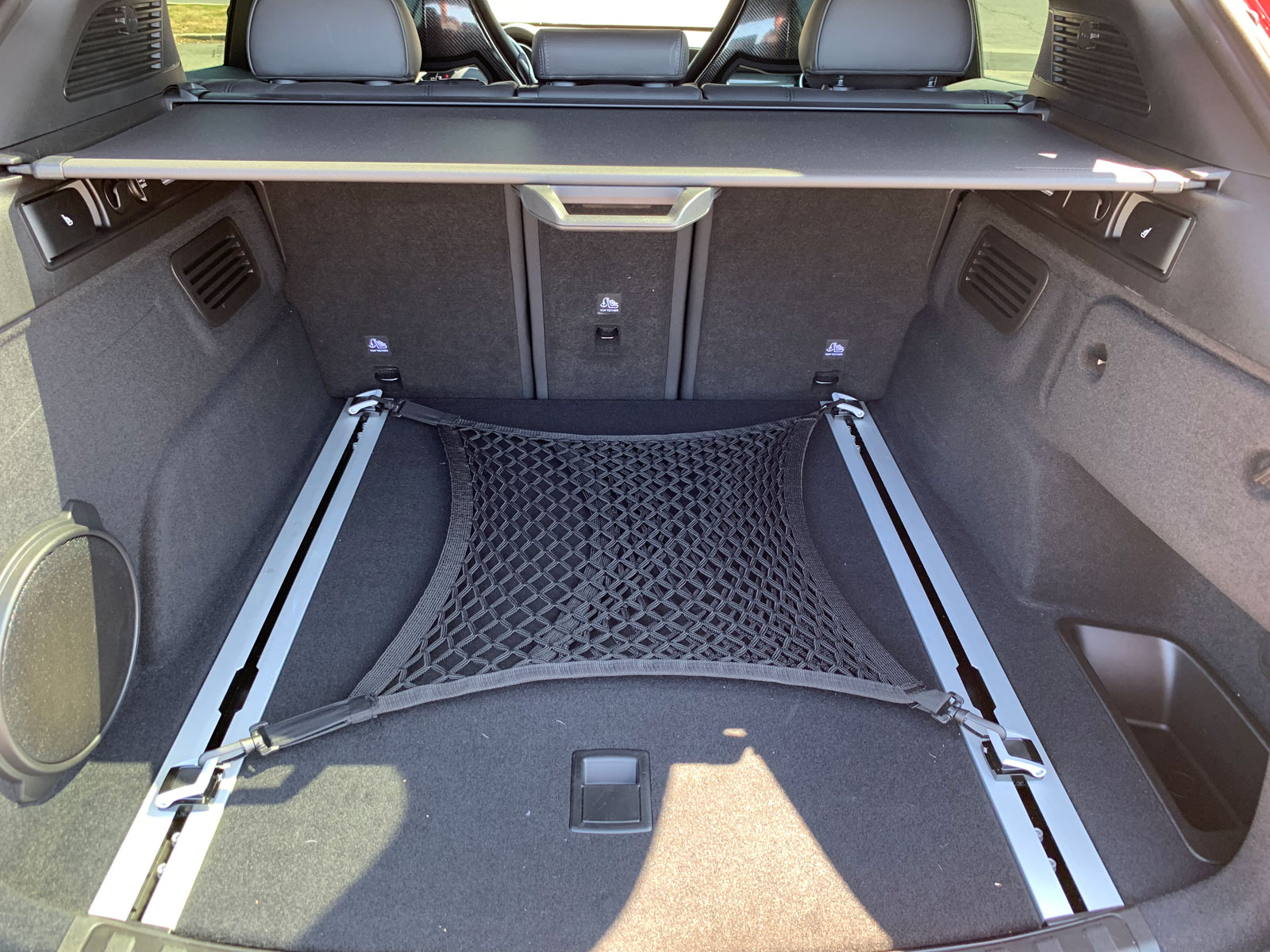 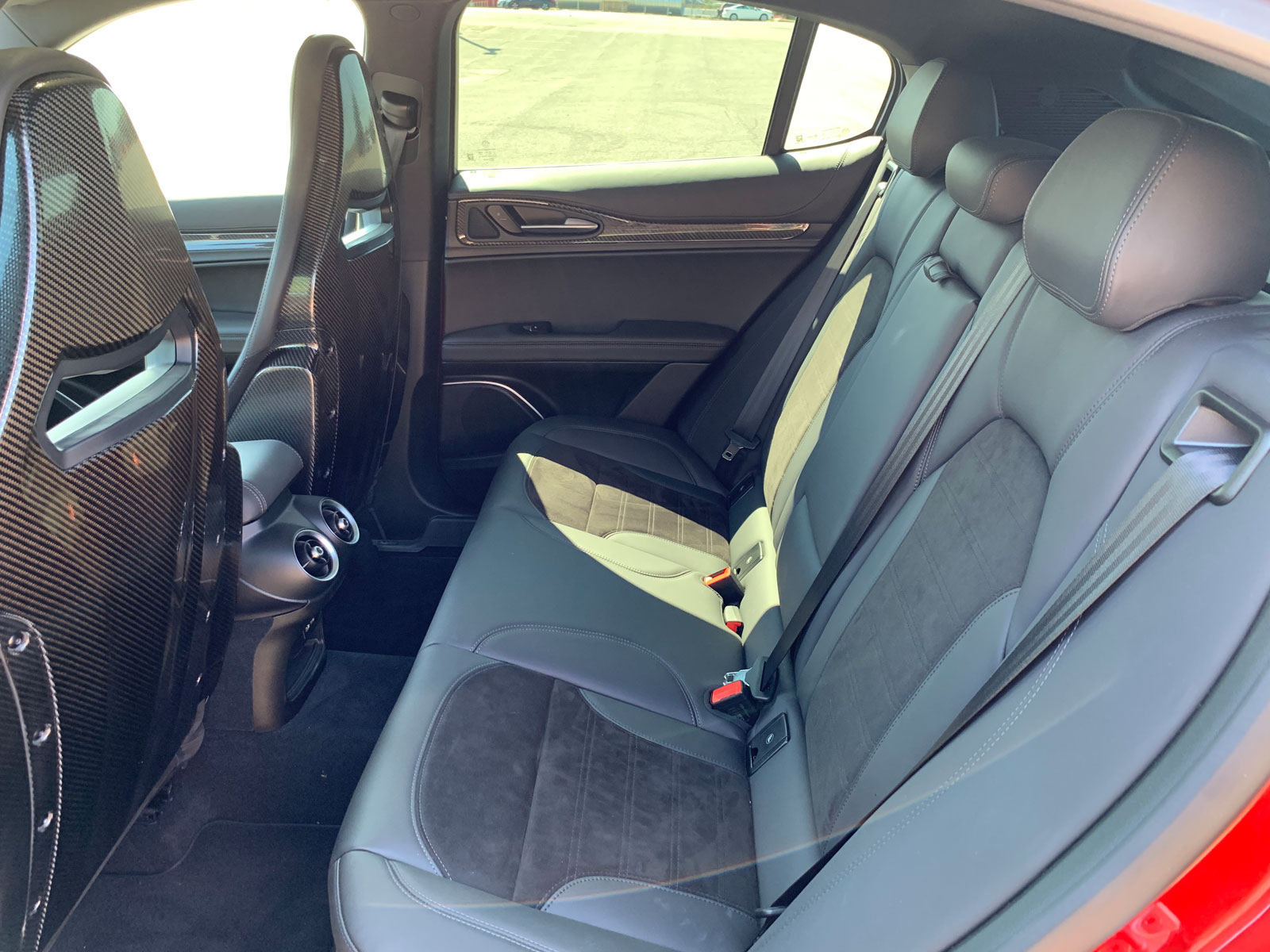