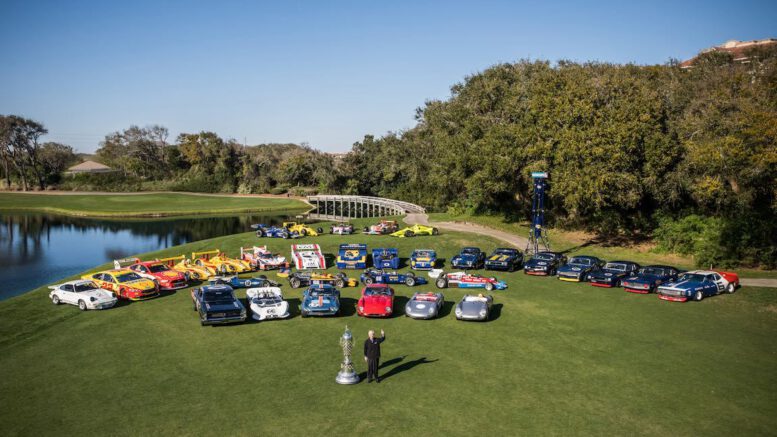 The 1973 Porsche 917/30 Can-Am Spyder won the Best of Show Concours de Sport award this year. Rob Kauffman from Charlotte, North Carolina owns the car. Indy, Can-Am and Trans-Am Champion Mark Donohue of Porsche 917/30 said that the Can-Am Spyder is a great racing car. It helped him compete in the 1973 Can-Am Championship and win six races.

The racing car was built almost five decades ago. But, it is still among the top stylish rides in the world. But, its ultimate top speed is unknown. The 1973 Porsche 917/30 reached over 200 mph in the Riverside and Watkins Glen circuits. It reached a closed course speed of 221.16 in 1975 at the Talladega Superspeedway. It is still the fastest course speed record ever set on the Alabama superspeedway.

Bill Warner, Founder, and Chairman of the Amelia Island Concours d’Elegance said that the 1973 Porsche 917/10 and the 1929 Duesenberg J-218 Town Limousine embody the annual automotive awards. The Porsche model has more than 1,500 horsepower. It won the 1973 SCCA Can-Am series after it became the second car once and the first car five times. It has a slight difference from the Duesey. The 1973 Porsche 917/30 car has an aluminum bodywork and limited engineering restrictions.

Mark Donahue the engineering prodigy of the 1973 Porsche won six races in the 1973 Can-Am Championship. Roger Penske was its team owner when it won the championship. He received honours in the 2020 Amelia Island Concours.

The 1929 Duesenberg J-218 ‘Whittell’ Limousine won the Best of Show Concours d’Elegance in this year’s Amelia Island Concours. Lehrman Collection of Palm Beach, Florida owns it. Captain George Whittell Jr. inherited a vast real estate and a California gold rush. He owned assets worth $50 million in 1929. Whittel lived a life in San Francisco. He took part in street racing and had many romps with women. He partnered with Murphy Coachbuilders to build several custom Duesenbergs.

Murphy added an aluminum roofline in Town Limousine sports to make the door curve upward. He applied this design when building other car models. The J-218 had an angled windshield, an Art Deco paint, and clear vision window pillars. The car manufacturer polished the aluminum beltline to a mirror finish. It divides the black bottom and the white roof. The 1929 Duesenberg has several chrome flashes including toll and battery doors and door hinges. Its vent doors are inside the hood.

The Amelia Island Concours d’Elegance attracts car and motorcycle owners from different countries each year. Some luxury cars that attend the event were built in the 1930s. Two cars won the top two awards in the event. The 1973 Porsche 917/30 Can-Am Spyder and the 1929 Duesenberg J-218 Town Limousine were the winners in the 2020 Amelia Island Concours.