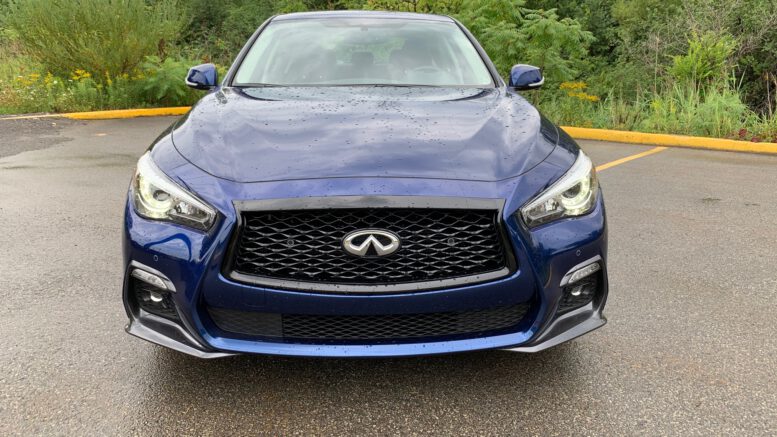 It’s important to stand out in a crowd and Infiniti does a respectable job at doing just that with the 2020 Q50. It’s worth noting that the Germans make it very difficult to be a standout in the compact luxury segment but the Q50 is a viable alternative to those who are tired of the big three from Audi, Mercedes-Benz and BMW. The Q50 sees a few updates for the 2020 model year including a new PURE base model trim and the next generation Infiniti InTouch infotainment system.

I like the look of the Q50 with the brand’s trademark double-arch grille, human-eye aspect LED headlamps, and slim combination LED rear lamps, derived from the Q60 sports coupe. I think most people will find the overall look of the Q50 to be quite attractive. It’s not overly aggressive so don’t expect it turns heads but people will definitely know you’re driving an upscale luxury vehicle (if that’s something you care about). 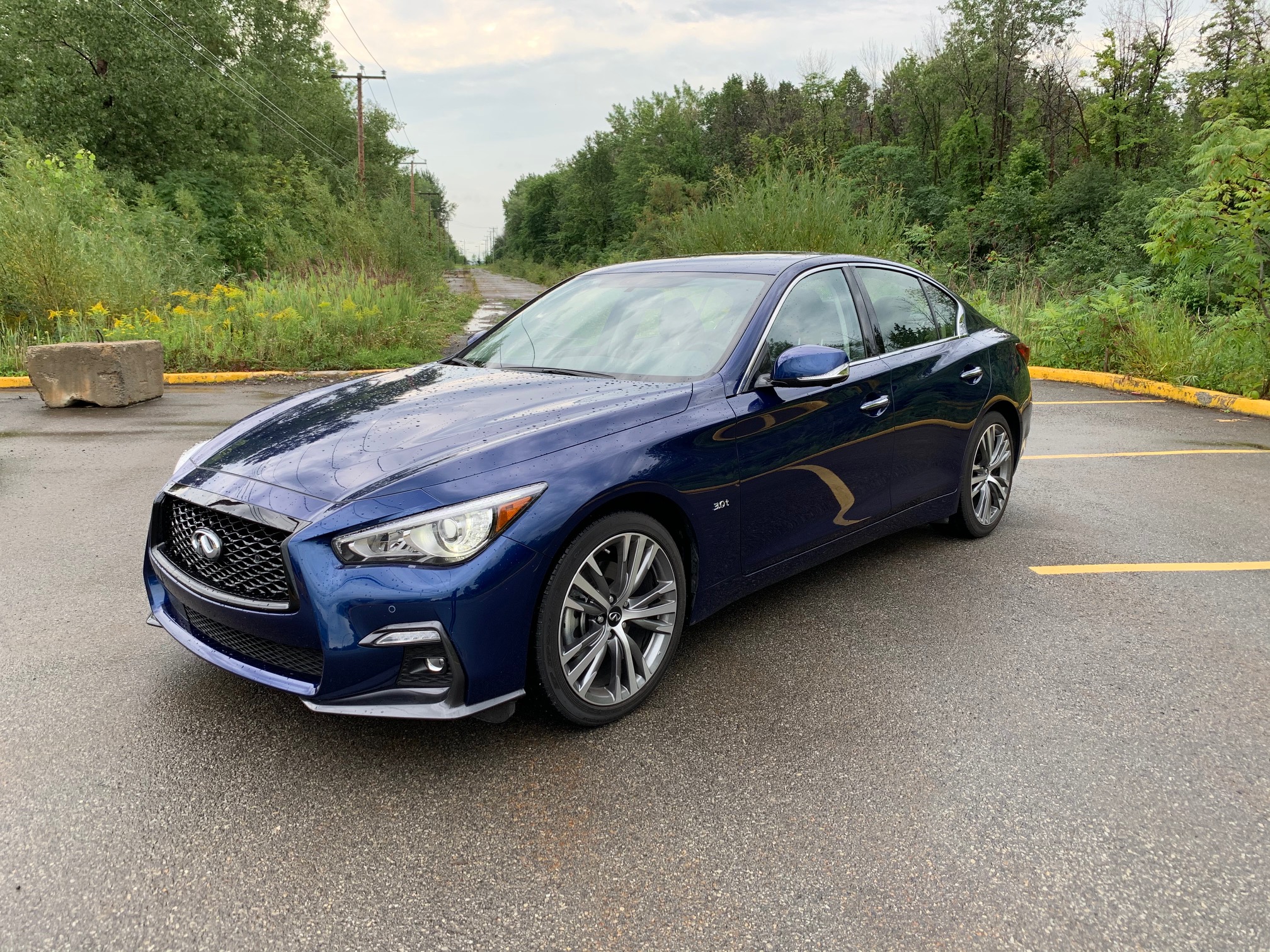 Infiniti does a good job creating a luxurious cabin in the Q50 with a high-end feeling and quality craftsmanship. The layout is excellent in particular because you can reach the volume and other controls without having to lean forward. Other positives include the presence of an actual gear shifter and physical buttons for climate and audio – things that seem to be on their way out unfortunately. The design is well thought out and makes operating the vehicle effortless. The leather seating is firm and comfortable as is the steering wheel.

The dual-screen setup is interesting with one on top of the other. At night, the top screen can become distracting (it’s used for navigation) and I didn’t figure out how to dim it sufficiently. Operations-wise I like the setup because there are enough physical buttons to not have to rely solely on the touch screen. There is a dial next to the shifter to control the maps but I never touched it once and question whether such a large device is needed strictly for navigation. I would much prefer it be able to manipulate the infotainment system.

The InTouch system allows occupants to personalize the interior environment of the Q50 according to their preferences and can store profiles for multiple drivers, identified by their intelligent key (including an easy entry and exit assist system). The brand also advertises the system as something to keep you fully connected with navigation, Bluetooth, destination search, music streaming traffic updates etc. The problem is these are basic functions found in almost every other car and every smartphone to be honest. 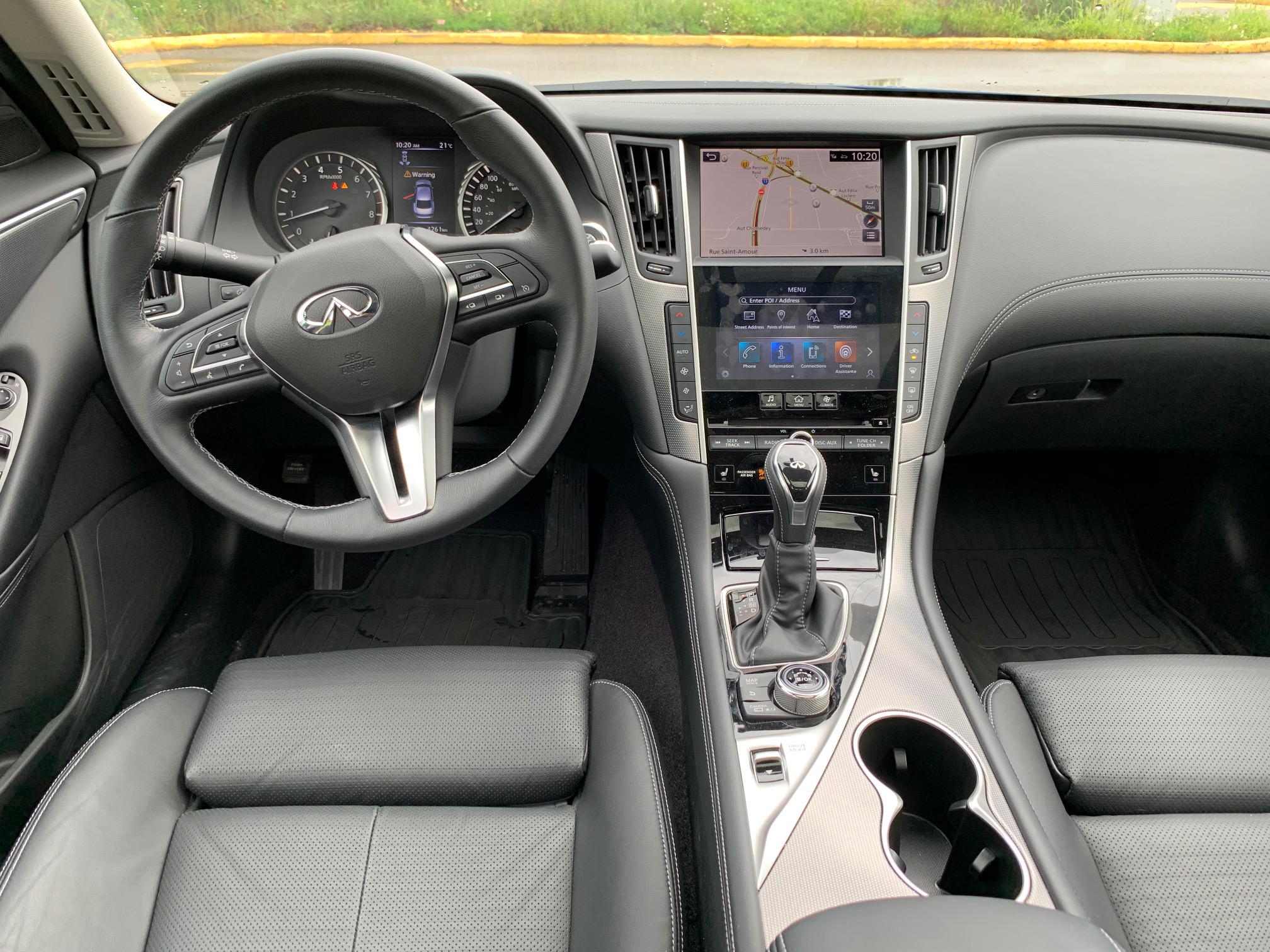 The last time I tested the Q50 was two years ago and there were four different engine options. Infiniti has narrowed that down to just two, dropping the smaller 2.0-litre four banger as well as the hybrid option. Most Q50s will be equipped with a 3.0-litre V6 twin-turbo engine making 300 horsepower and 295 lb-ft of torque. The other option is derived from the same 3.0-litre V6 but tuned to deliver a whopping 400 horsepower and 350 lb-ft of torque for the Red Sport trim levels.

The engine features high-pressure direct-injection, lightweight aluminum construction, an integrated exhaust manifold built into the cylinder head and an advanced twin-turbo system capable smooth and immediate responses under acceleration over the entire power band. When pushed, the Q50 can deliver intense push-you-back-into-your-seat performance. Unlike some of its competition, the Q50 comes standard with all-wheel drive which is excellent for our harsh Canadian winters. An Infiniti system called Direct Adaptive Steering offers greater feedback and even gives drivers flexibility to choose the level of steering assistance and feedback. There are no complaints here as the Q50 held the road like a champ. I’d like to see some more exhaust noise though – especially in sport mode. It’s just too quiet.

You can get into a base Q50 PURE for $46,202 including transport. The 3.0T Signature Edition you see here has a base price of $49,995 + transport, making the pricing much more competitive than, say, a 3 Series. Can the Q50 compete with the likes of the 3 Series, A4 and C-Class? Definitely. Will it pull many die-hard German car fans away from those brands? Probably not. 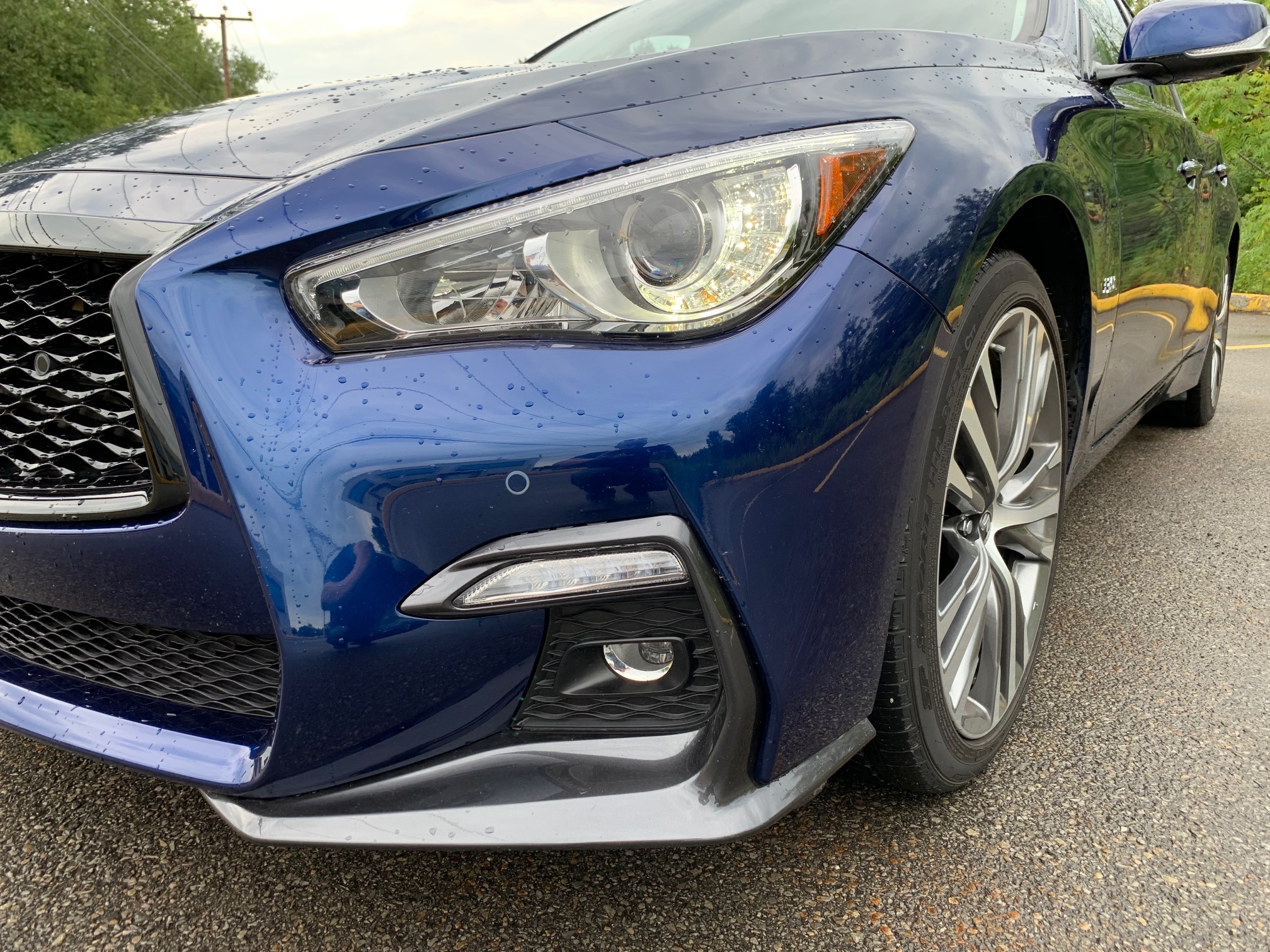 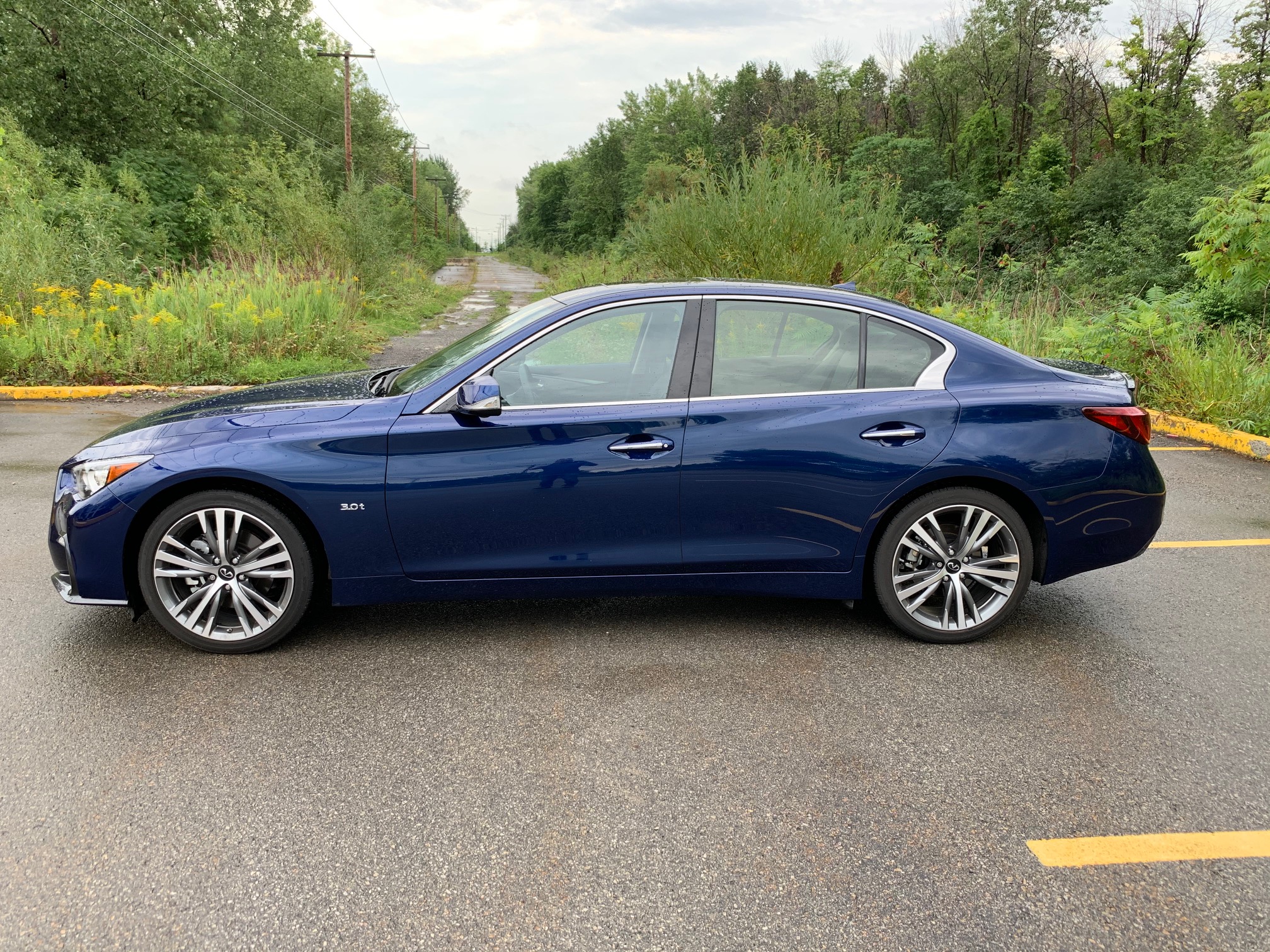 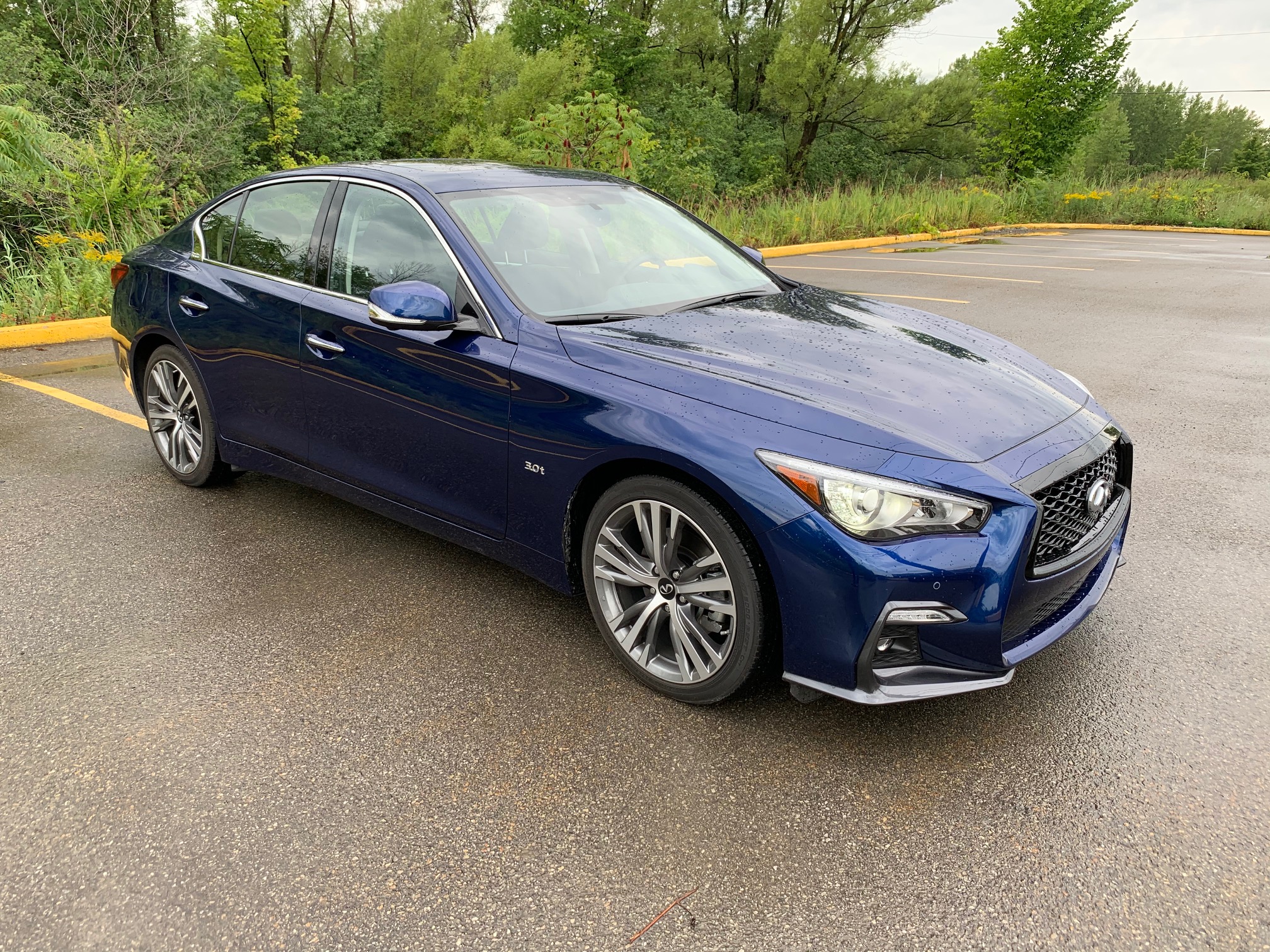 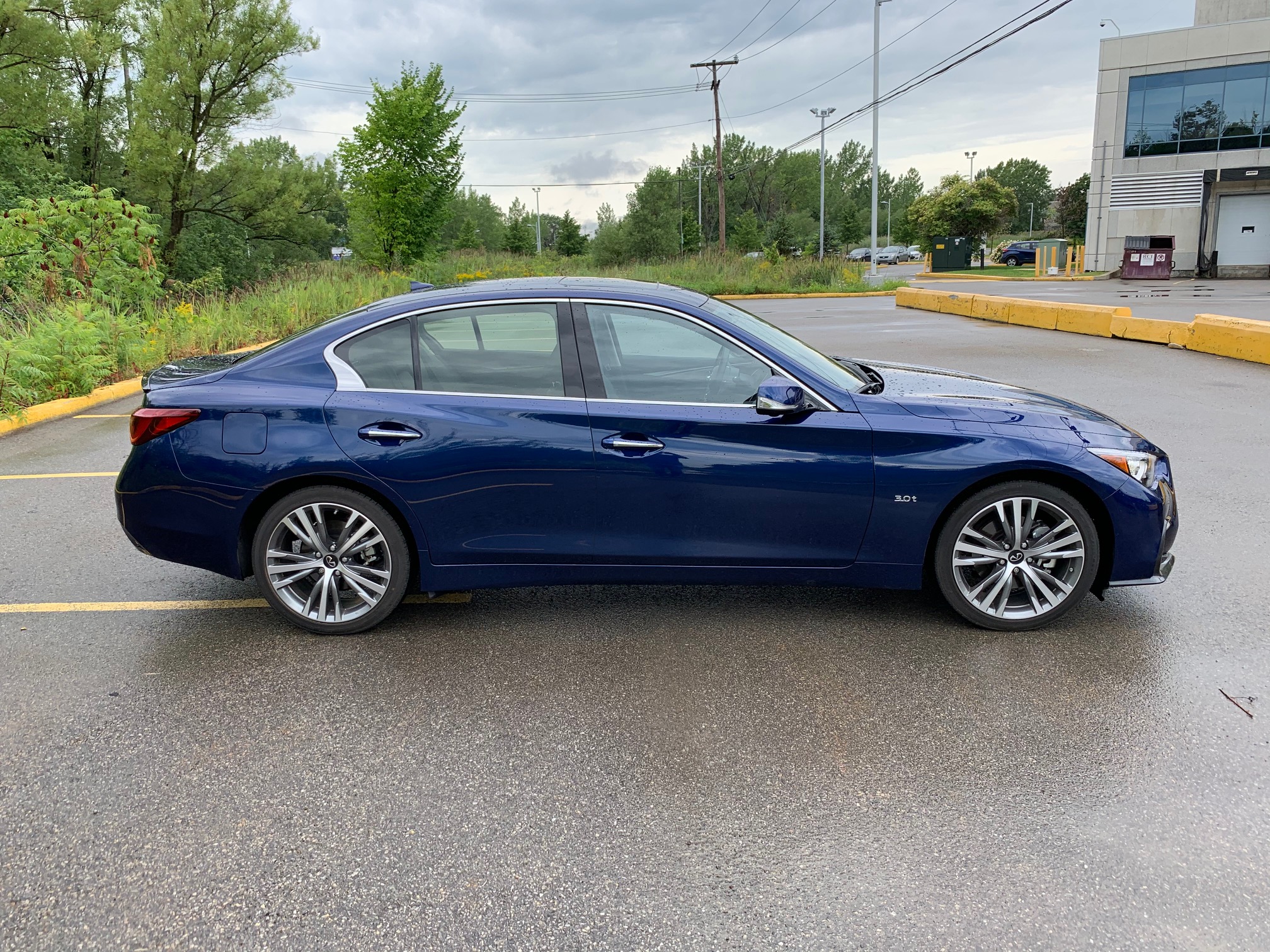 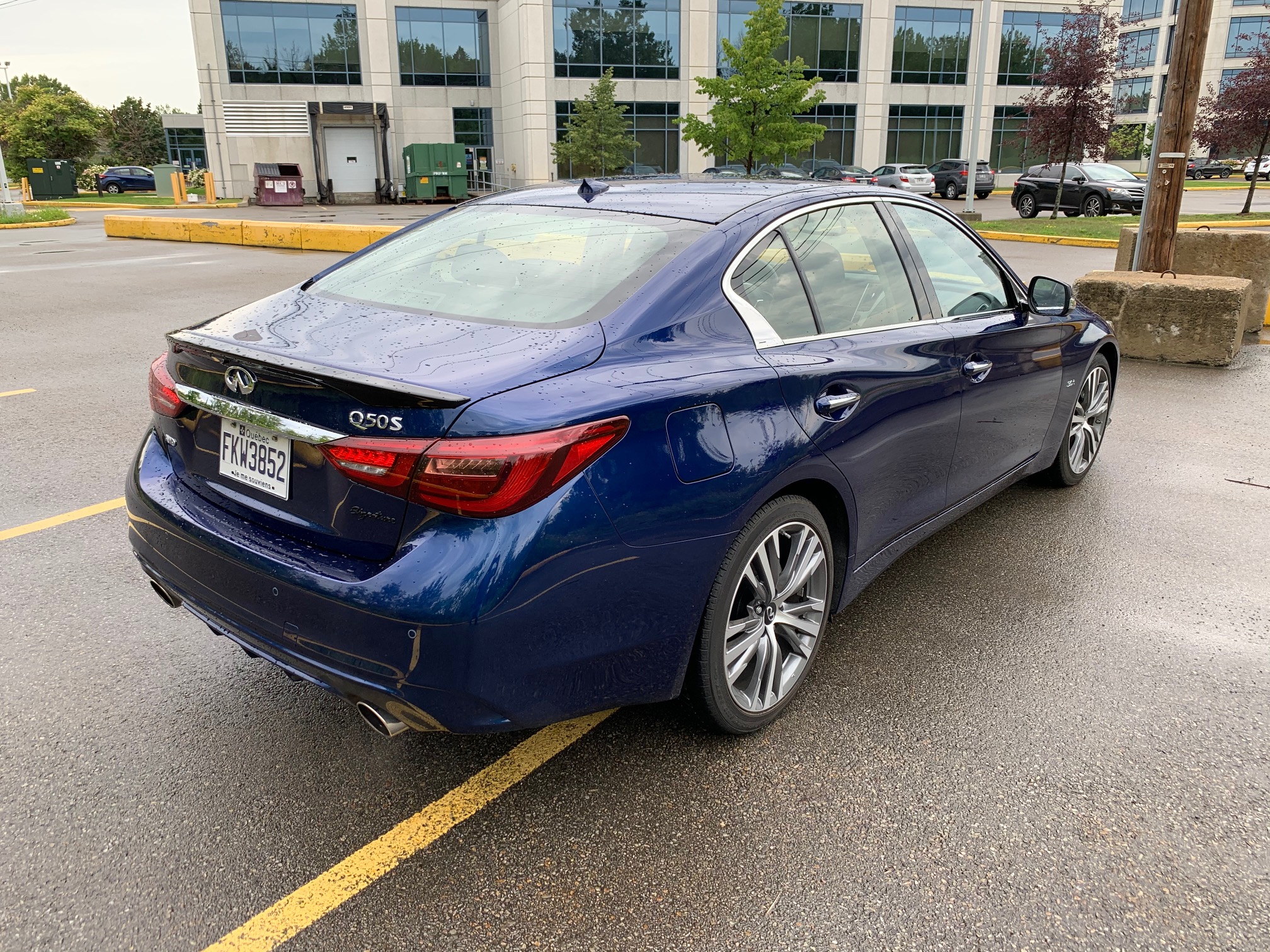 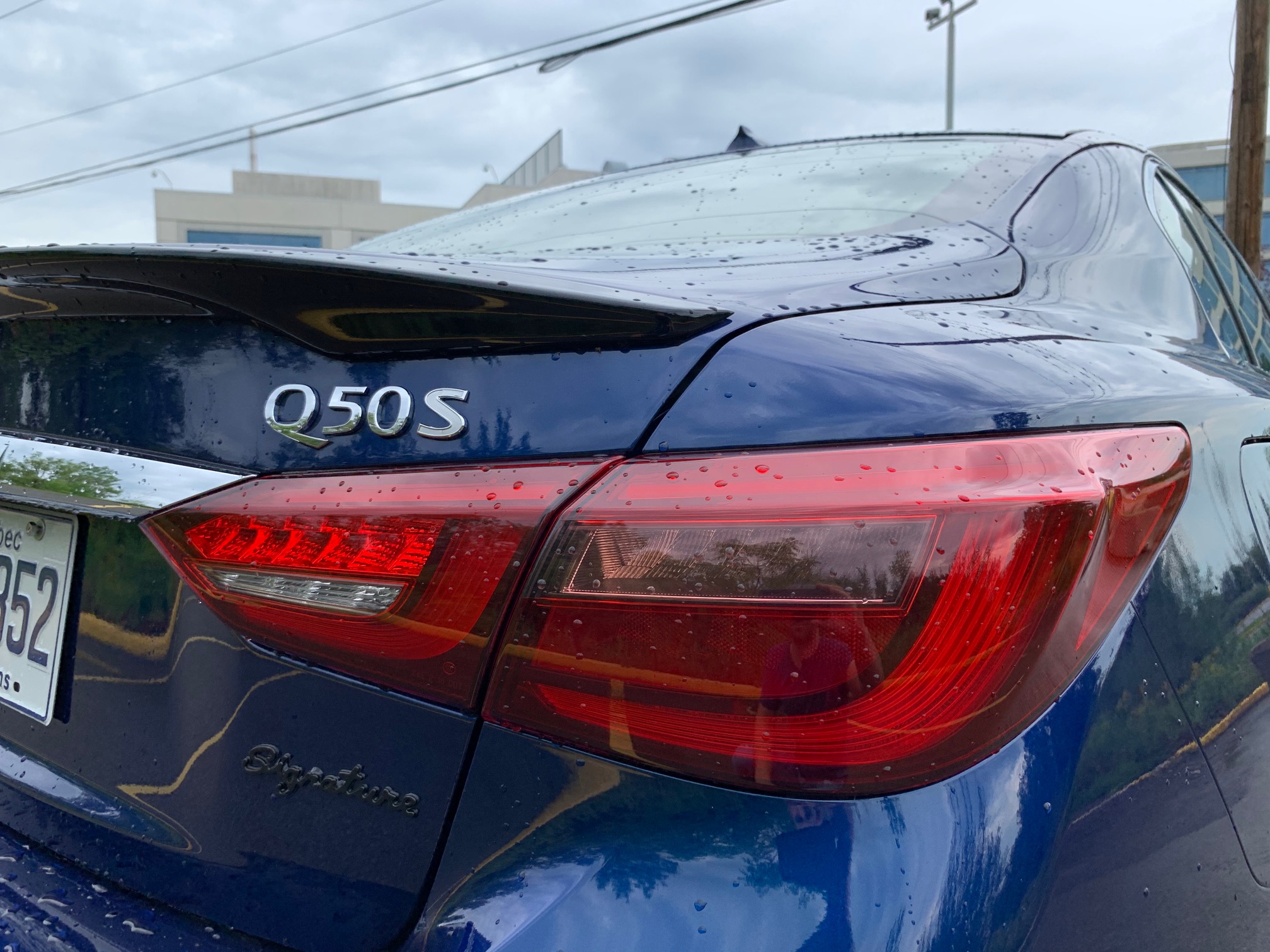 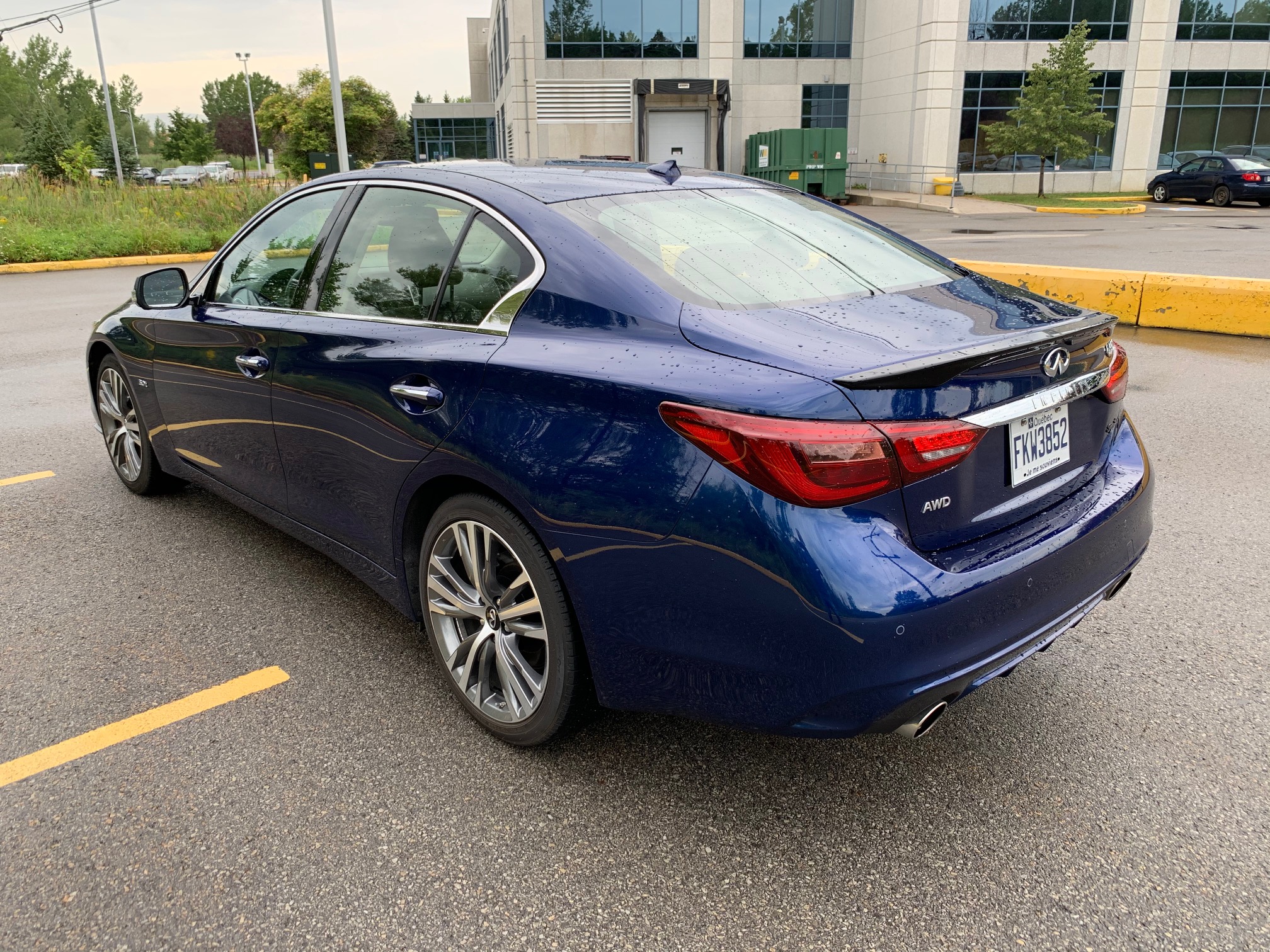 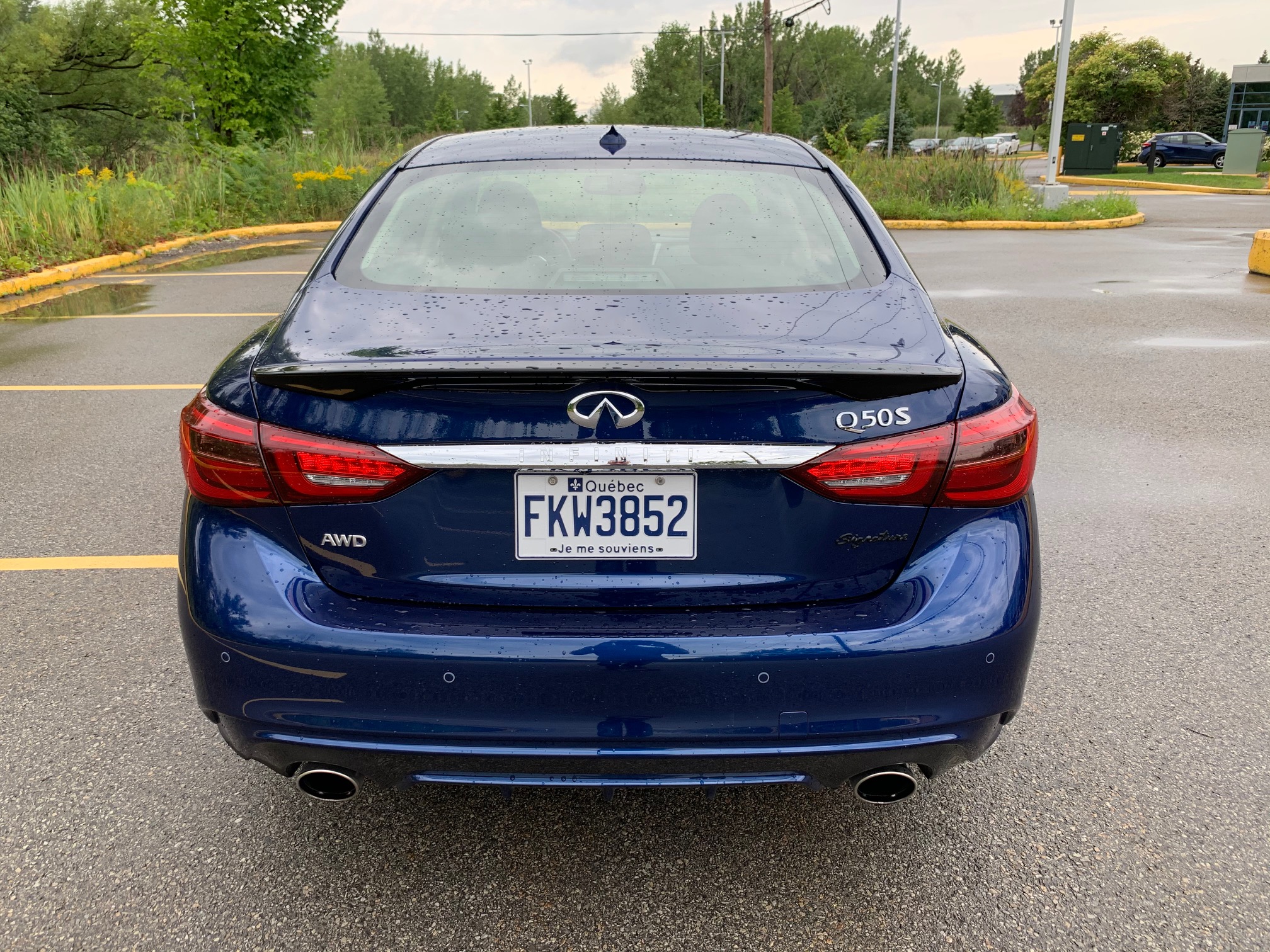 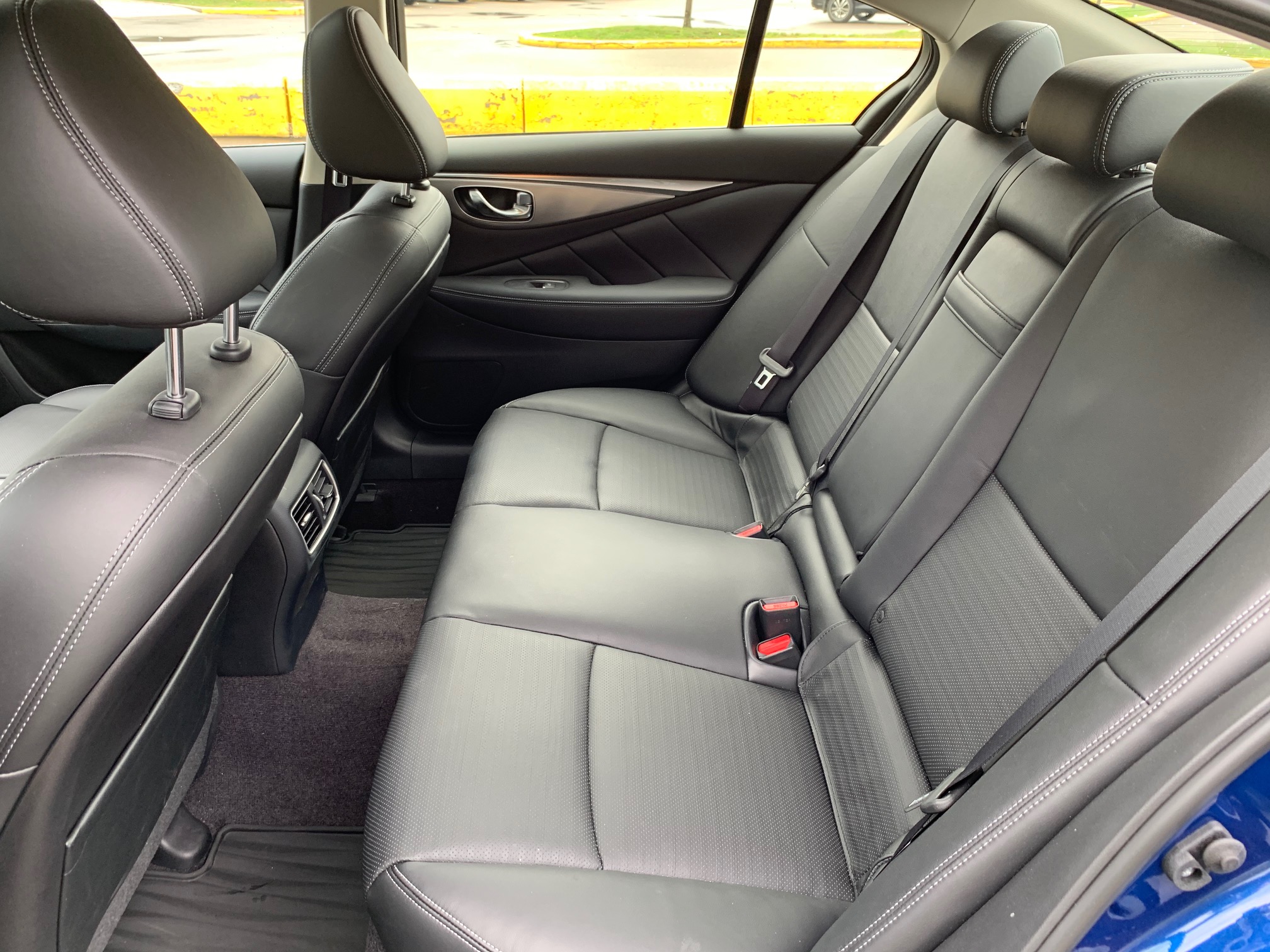 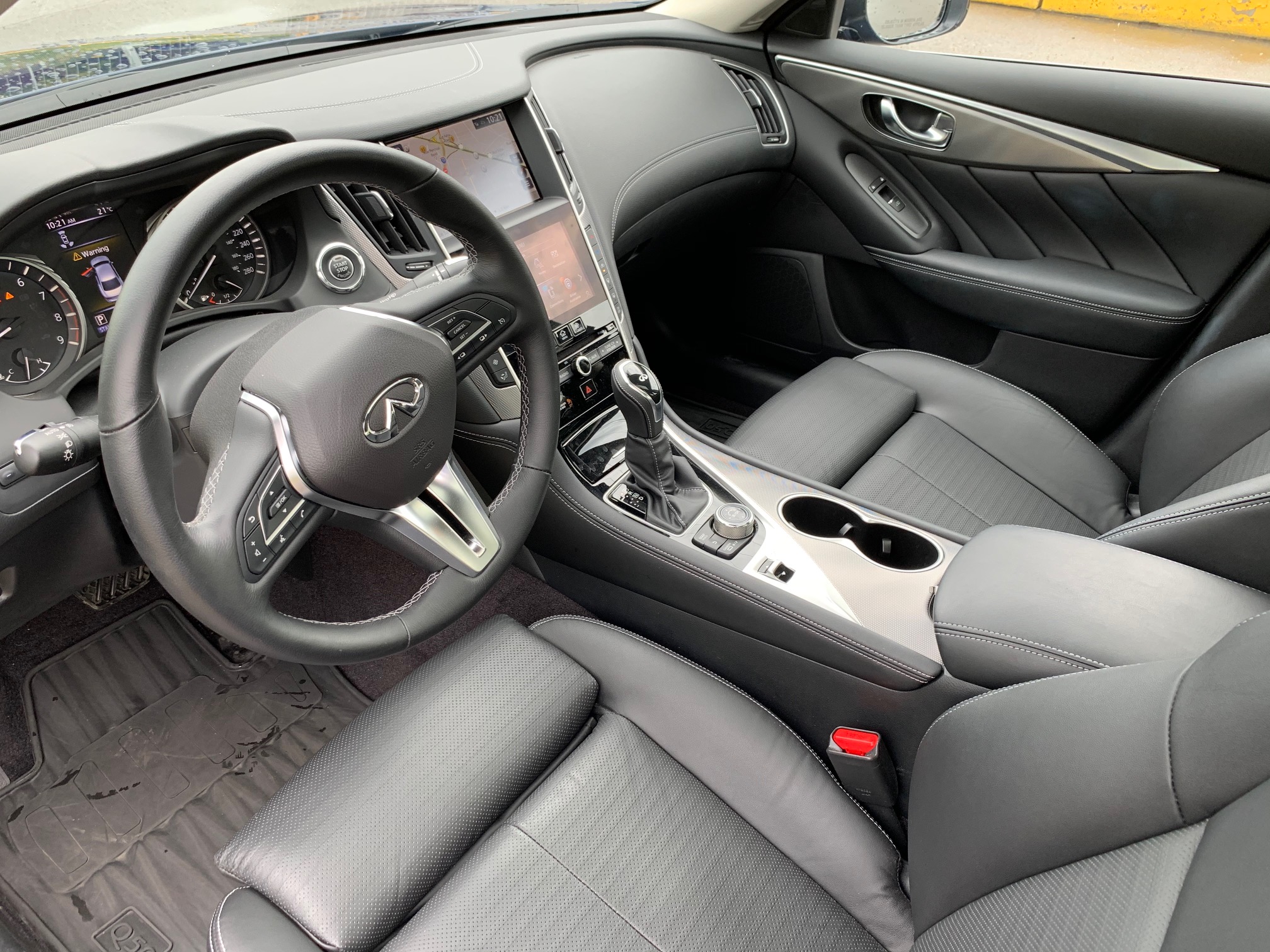 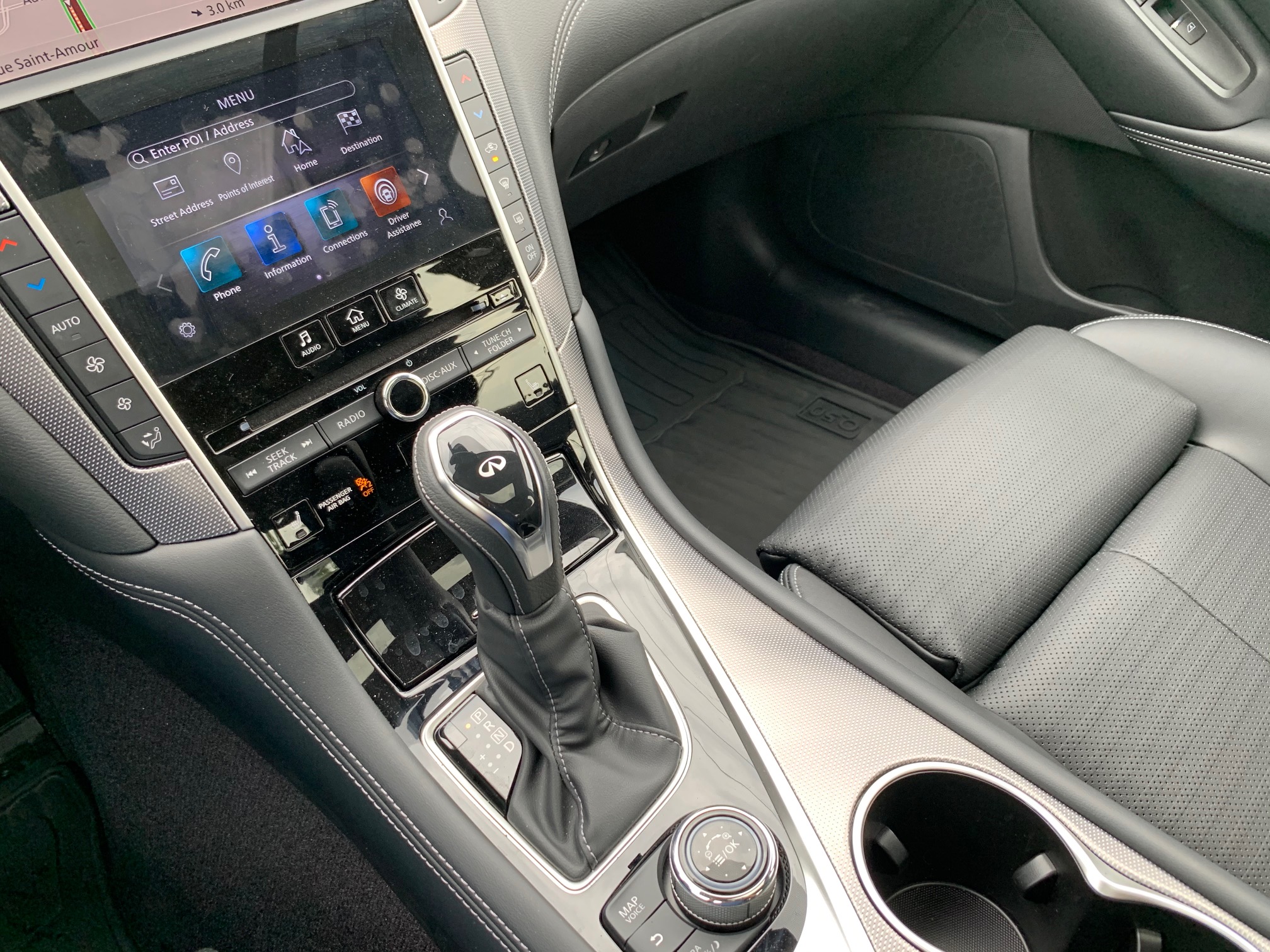 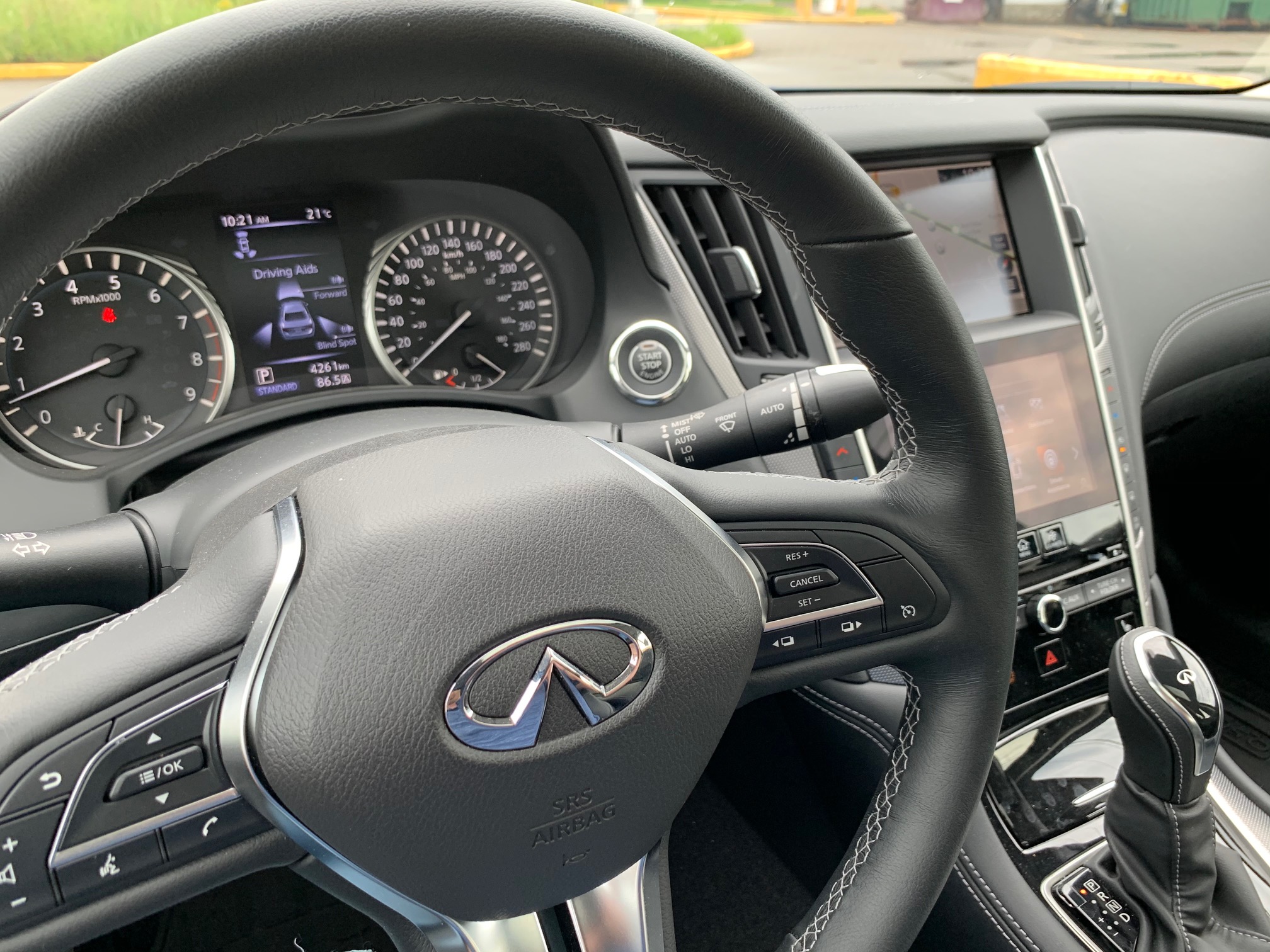 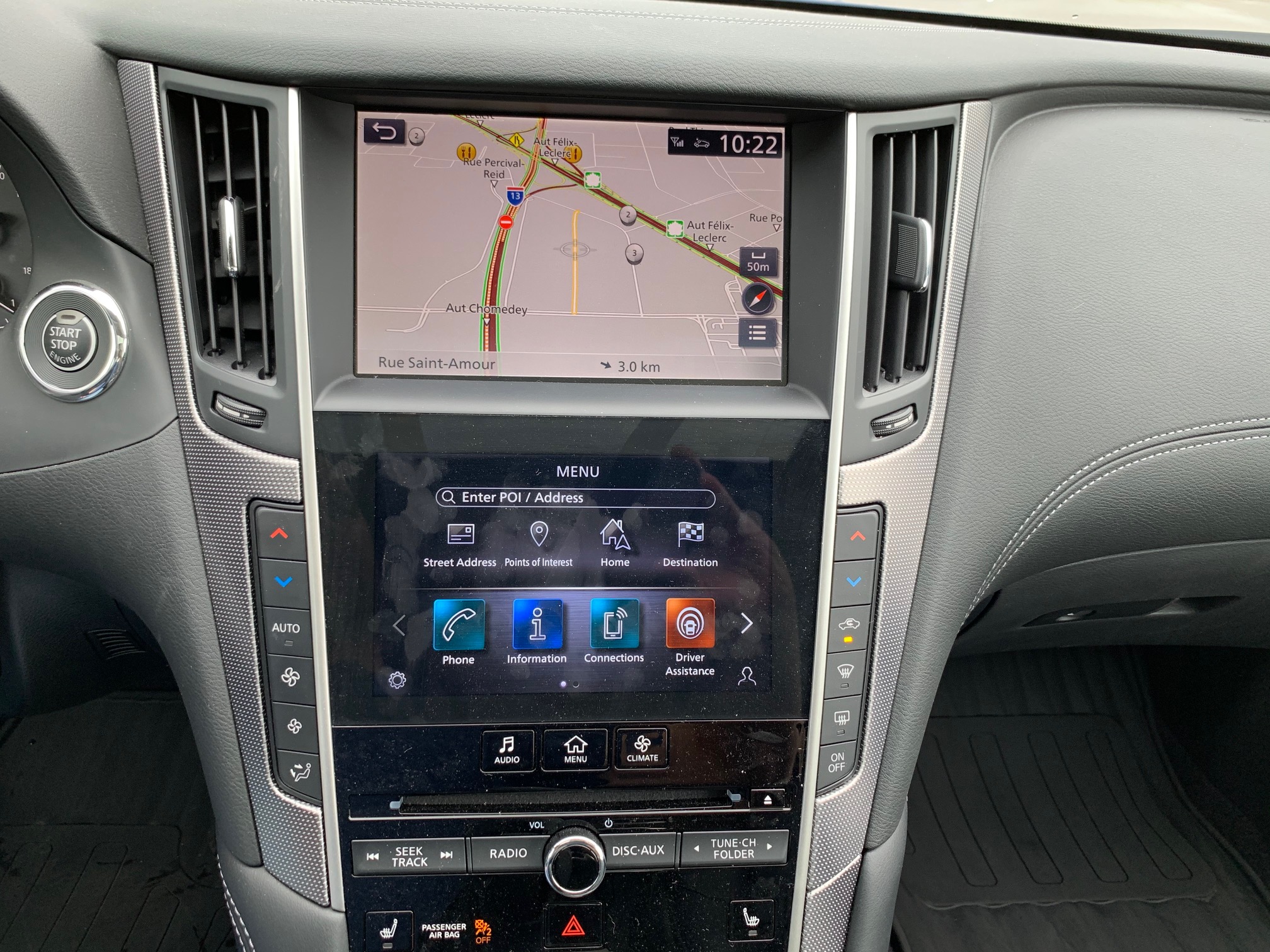