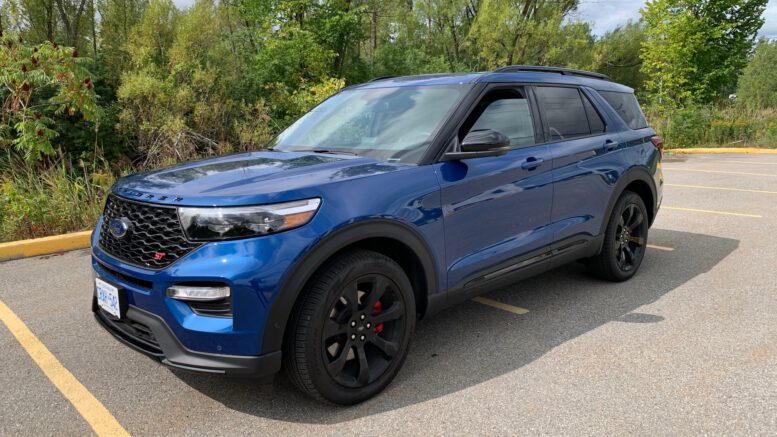 The Ford Explorer is the best-selling SUV in North America’s history and because of that, a completely new redesign is a big deal. The previous model hadn’t really been changed all that much since the 2011 iteration so it was a bit overdue for a change.

The American manufacturer only gave the Chicago plant a month to completely re-tool for the explorer’s new design which was unheard of. They later admitted that the rushed process led to some quality issues in 2020 as well as dealer shortages as production slowed for corrections to be made. Ford says the issues have been fixed and is making up ground on dealer inventory.

If you want to steer clear of all of that you can look to the 2021 model which is now hitting dealers and is pictured here. The new platform is a rear-wheel drive configuration compared to the old front-wheel drive version but in Canada we only have the all-wheel drive version. 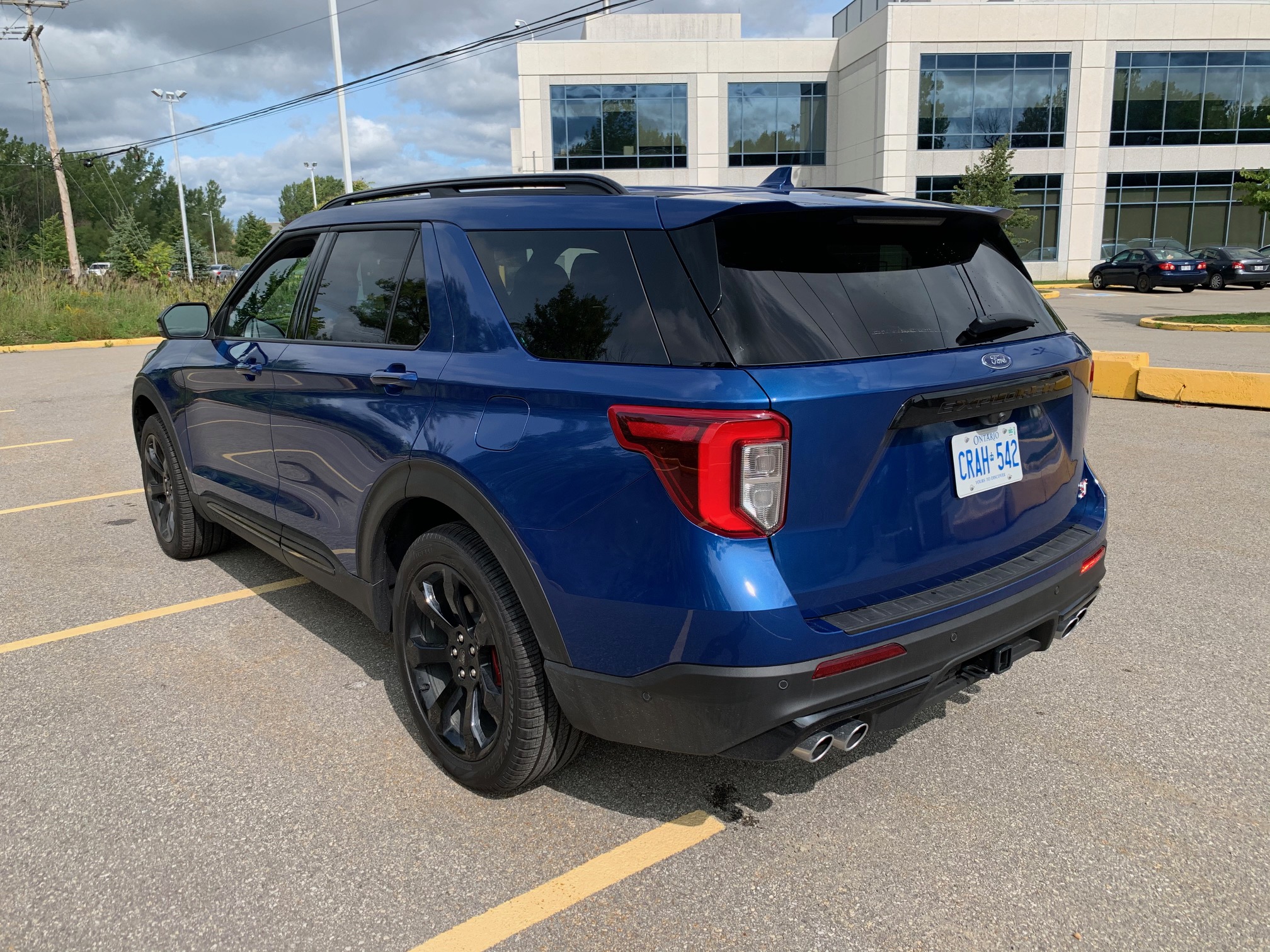 I quite like the new look of the Explorer although the change is more subtle that extravagant. The main difference is the front fascia with a new grille and headlight design that look more modern. The rear is quite similar what it had before and you can alter the look of the Explorer depending on which trim level you chose. The trim levels in ascending order are XLT, Limited, ST and Platinum. I tested the sport ST with a blacked out-front grille and black wheels that give it a very racing look. 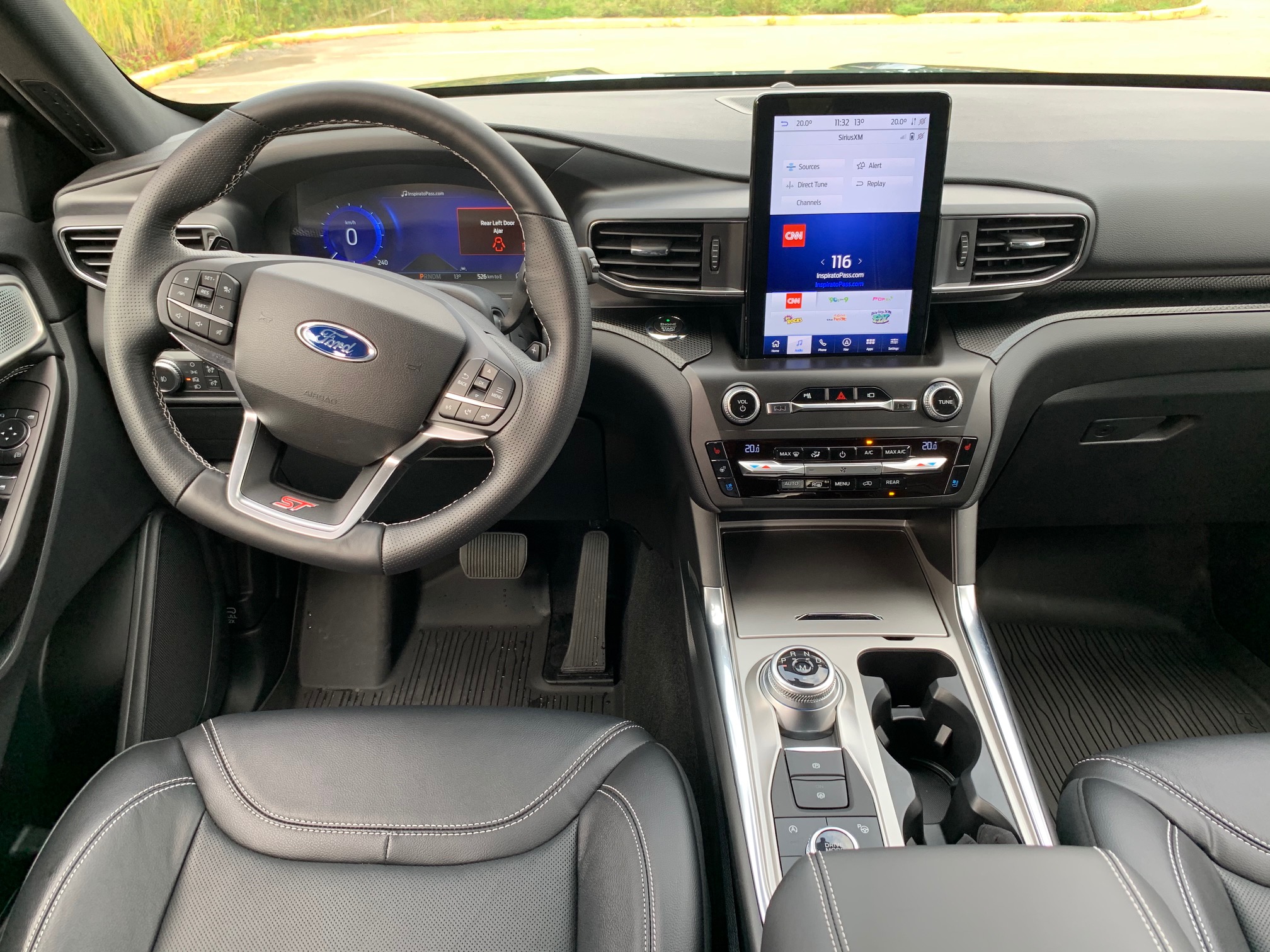 The Explorer drove quite smooth and this has been a staple of every Ford product I’ve tested. The brand also invested a lot into noise reduction and it showed. The cabin was as quiet as a library even on the highway. I found the transmission to be a bit rough around the edges and shifting wasn’t a seamless as I would have liked. Other than that, it was a blast to operate. The 400 horses really propelled the Explorer to my heart’s desire.

If off-roading is your thing then you can choose from six different drive modes to suit the occasion including Normal, Sport, Trail, Slippery Surface, Snow and Deep Sand. The hybrid also offers an Eco drive mode.

Moving on the the interior, we find an nicely-upgraded cabin with many bells and whistles, not the least of which is the 10.2-inch tablet screen in portrait mode to operate the infotainment system. It sits atop the center stack similar to what you’d find in a Tesla but the orientation is a bit awkward and I’d prefer a landscape layout. It runs the latest version of Sync 3 – the brand’s infotainment software which supports Apple CarPlay and Android Auto. A neat feature is the fact that the screen can show navigation and audio functions at the same time. The screen is available on the ST and Platinum models only.

The rest of the interior is very well designed and love the new center stack and controls. The buttons are firm to the touch, visually appealing and easy to operate.

This is a three-row SUV which seats 6 or 7 people depending on if you get the second-row captain’s chairs. Access to the third row is easy and there are USB outputs for the passenger sin the middle row. 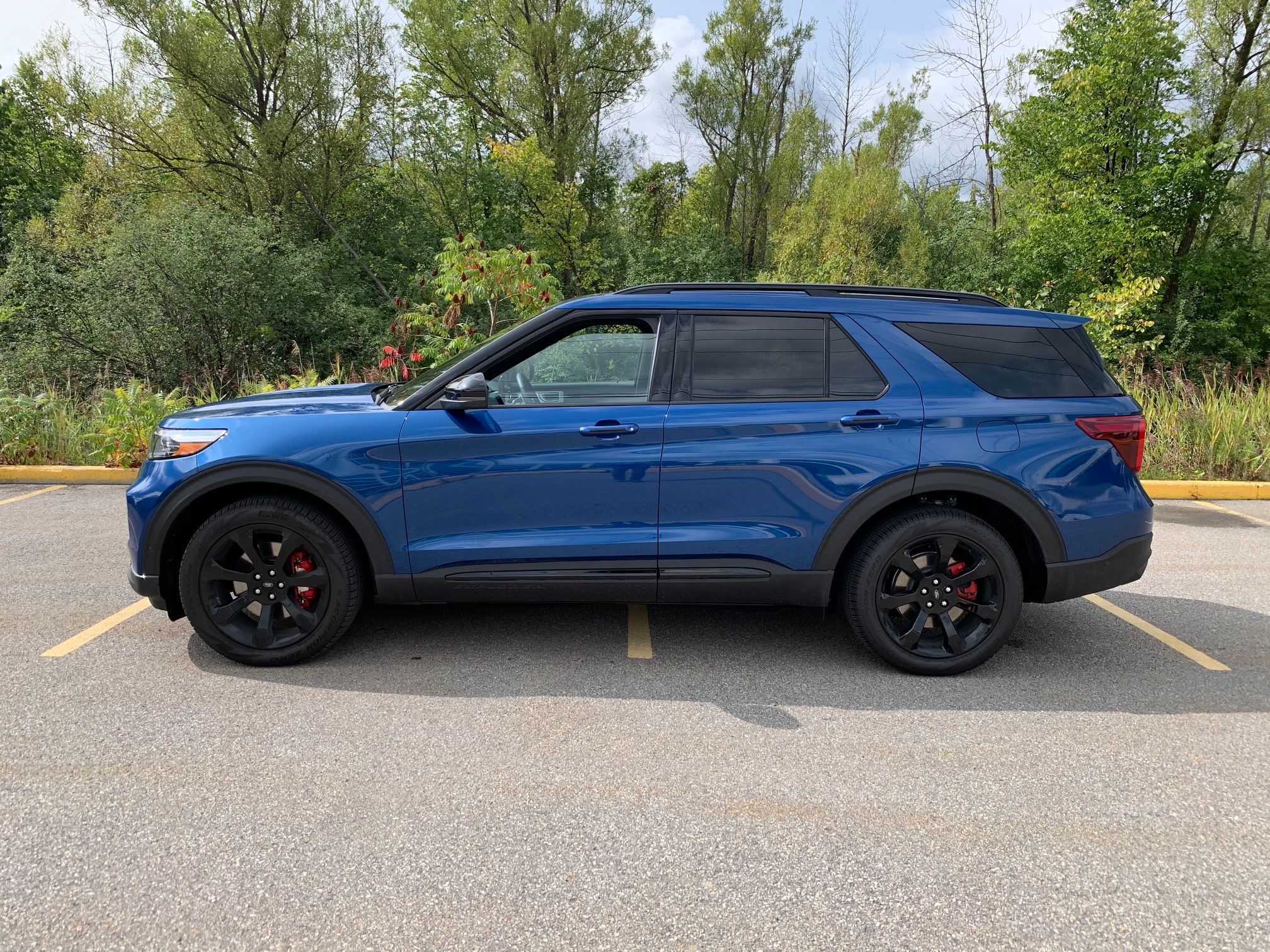 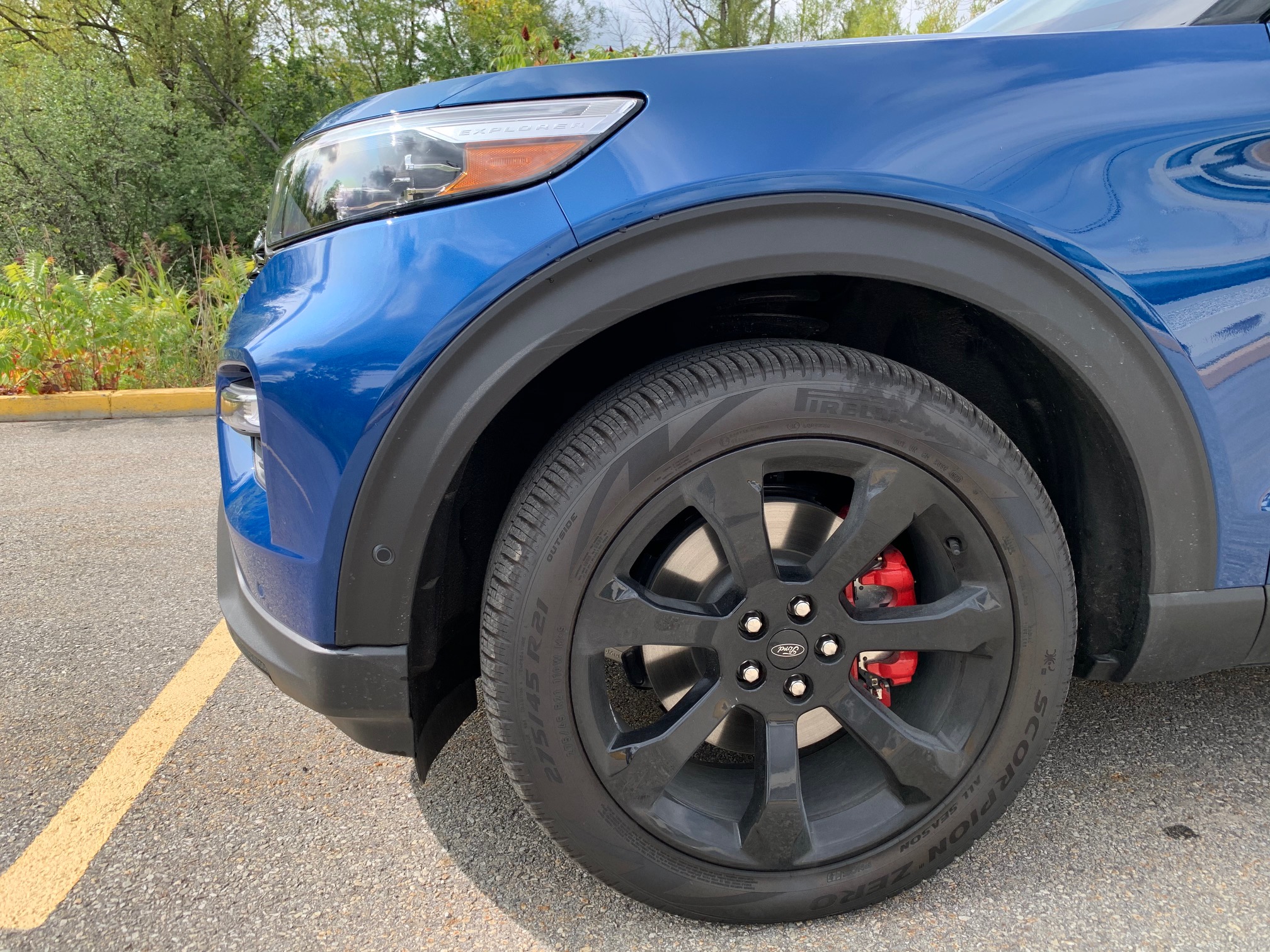 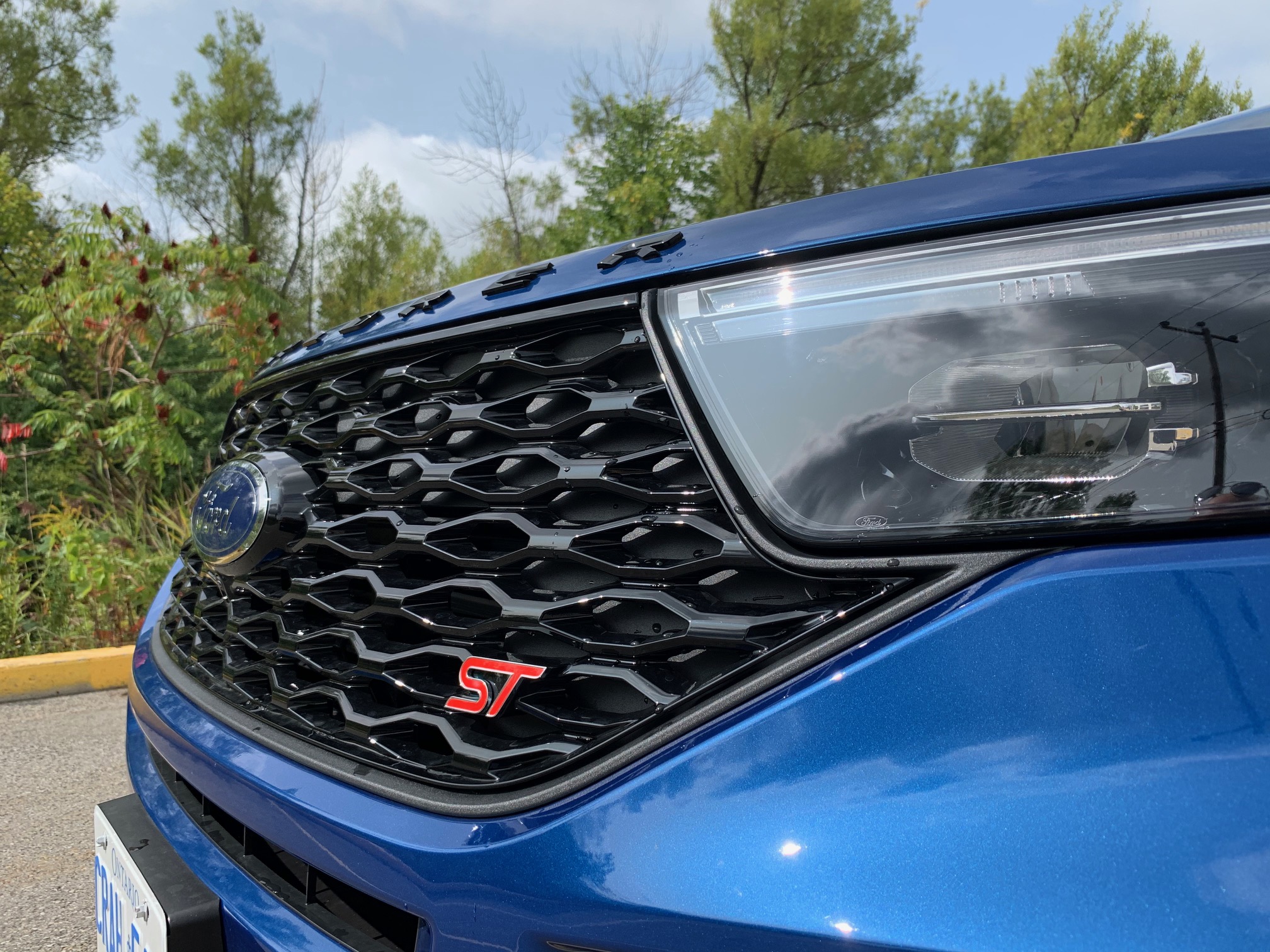 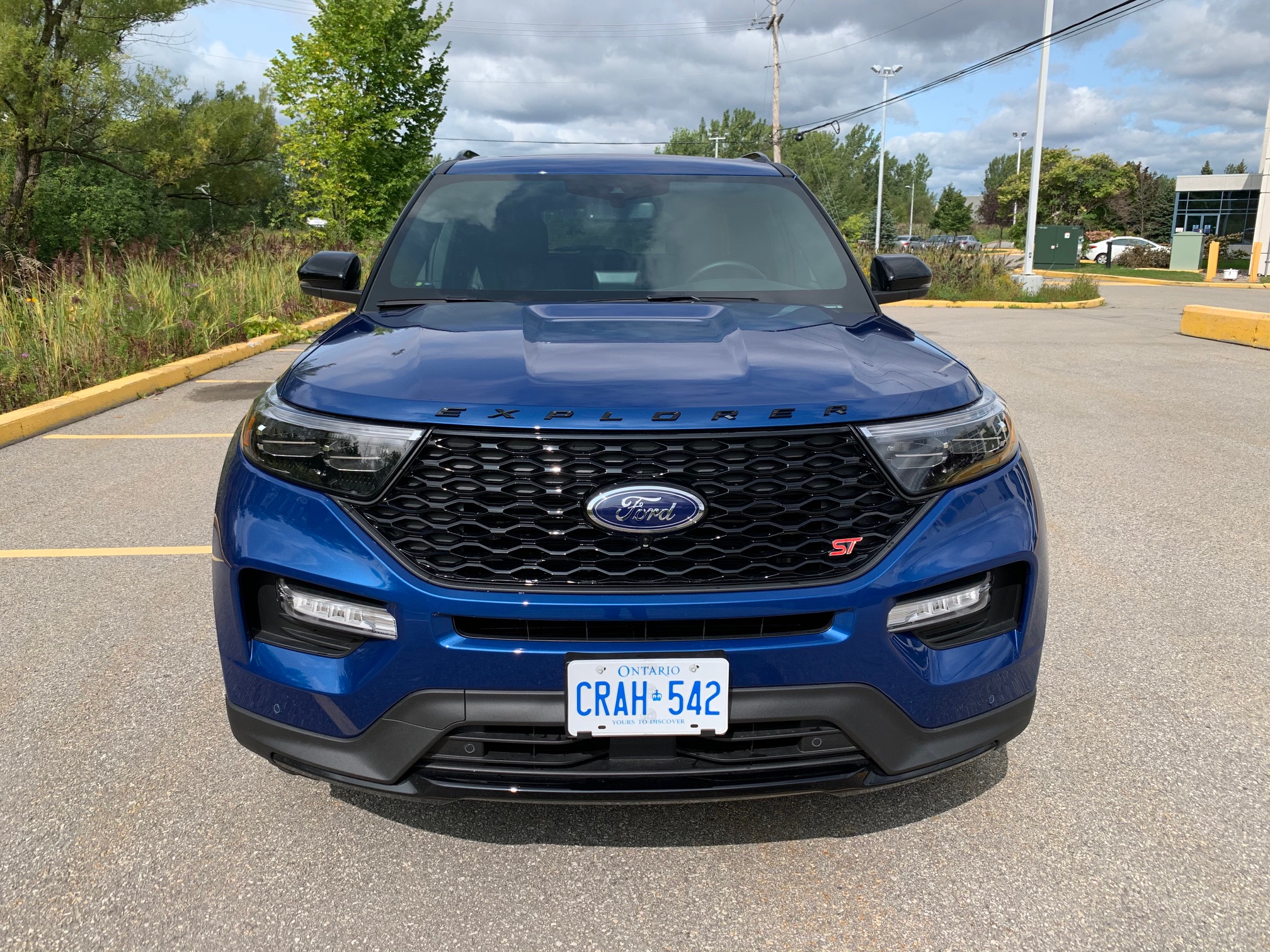 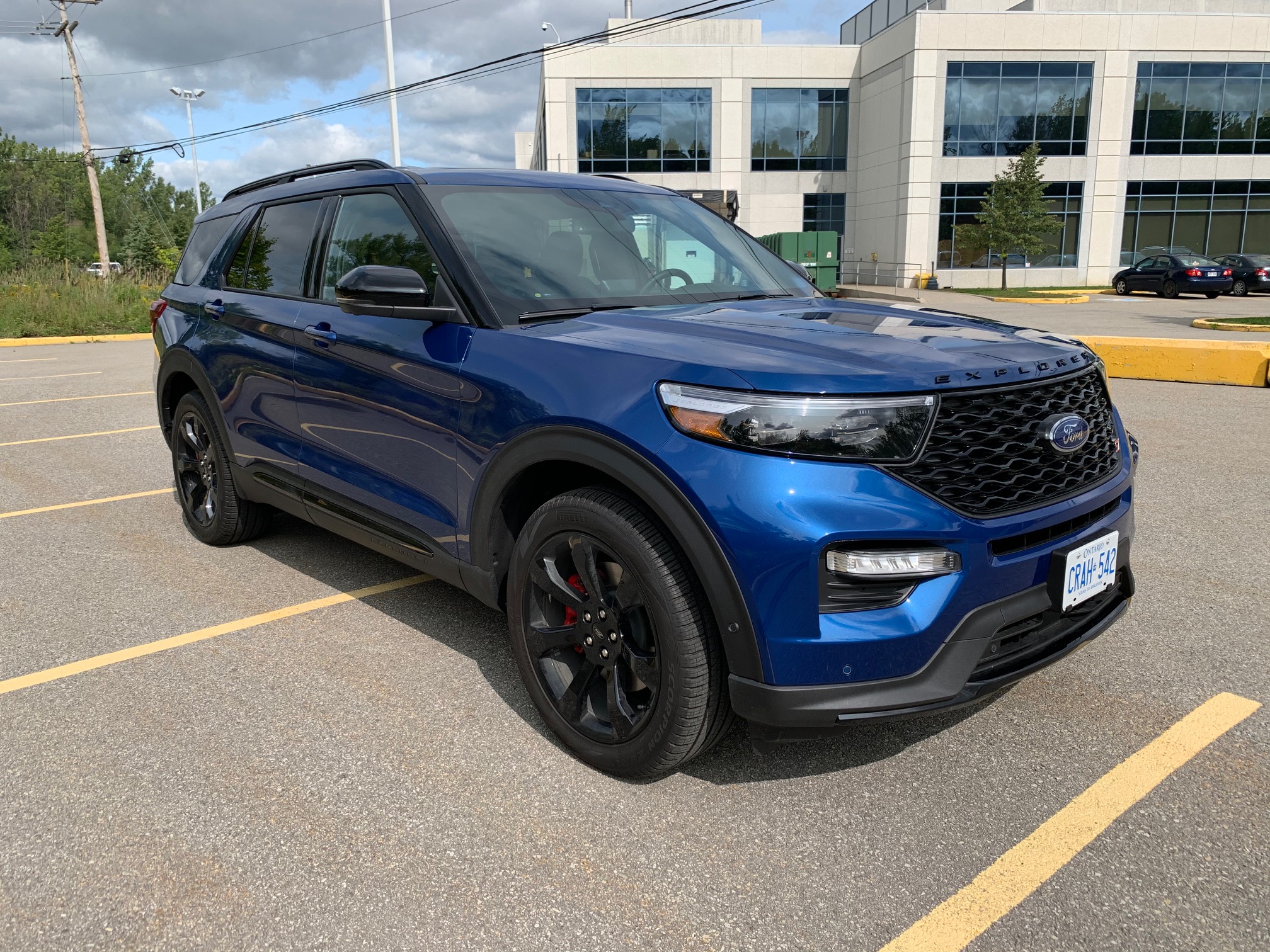 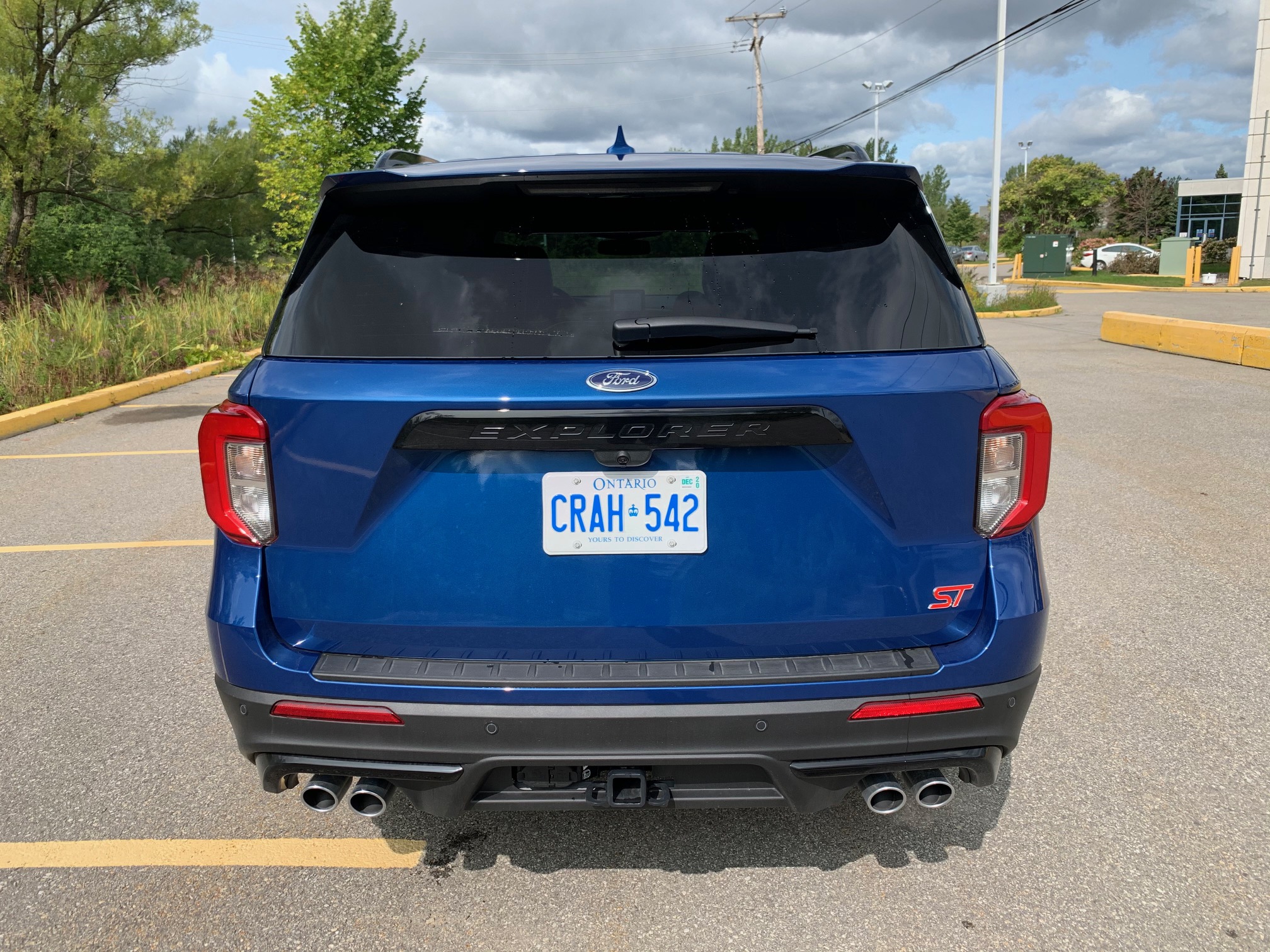 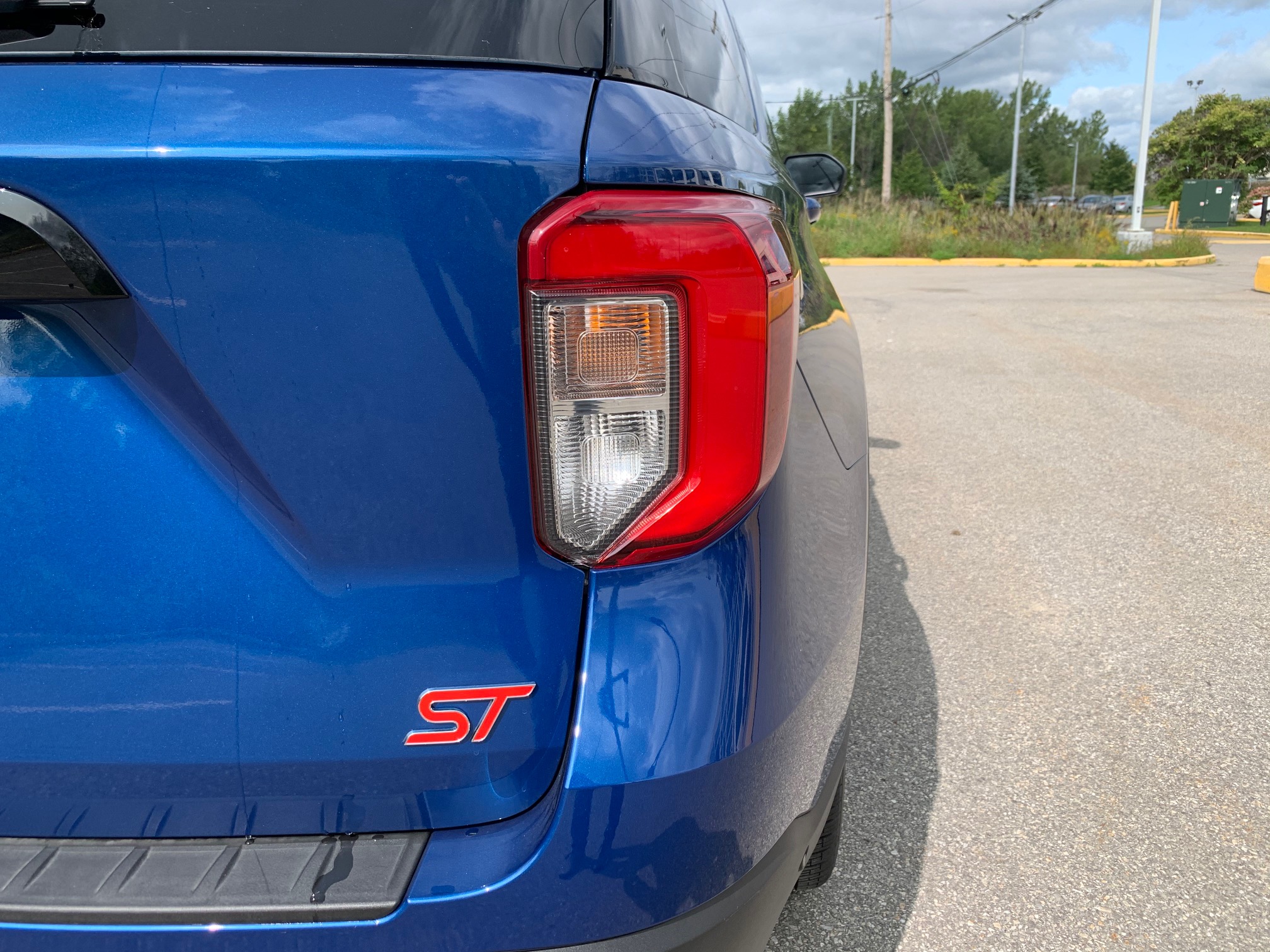 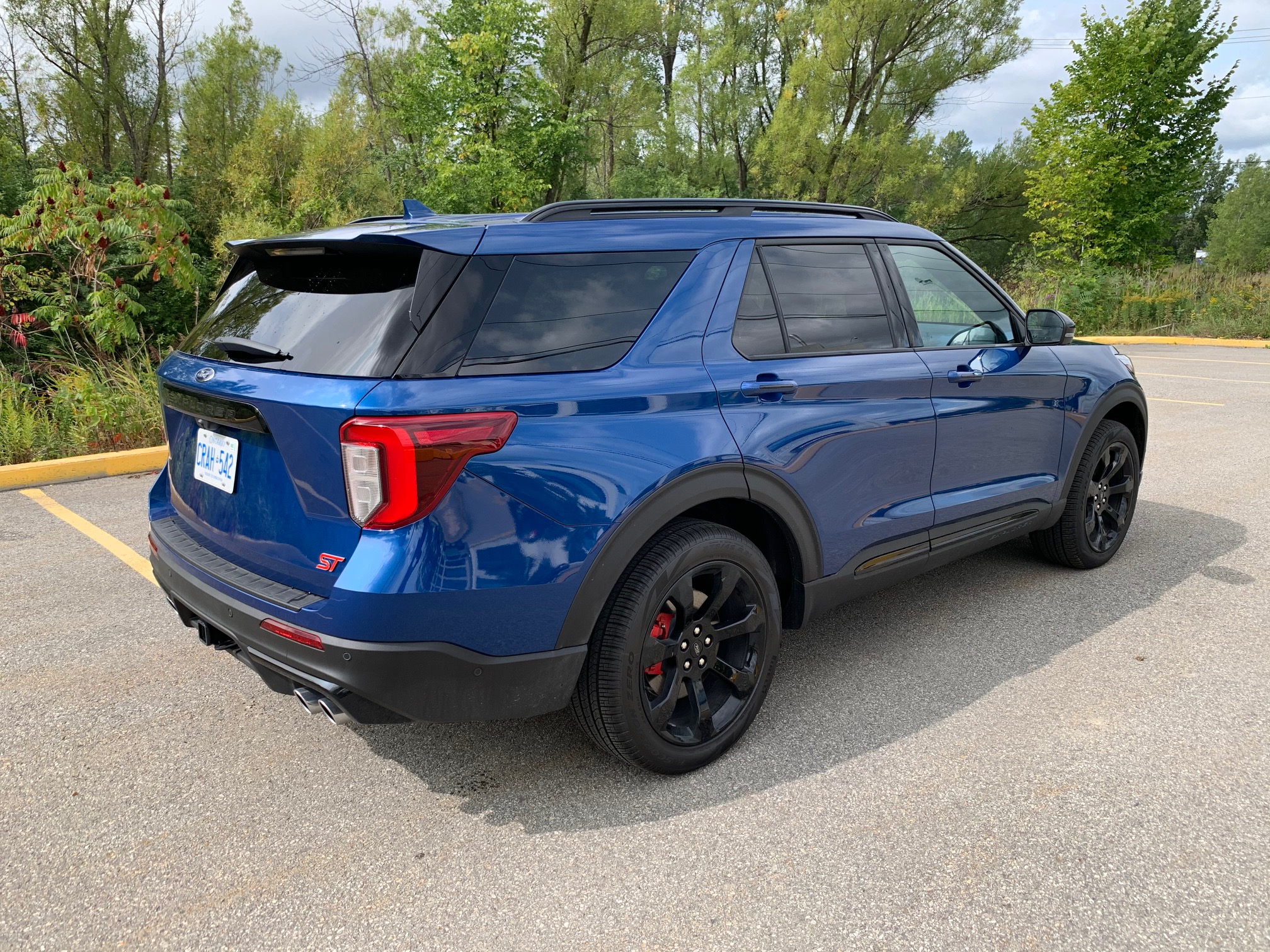 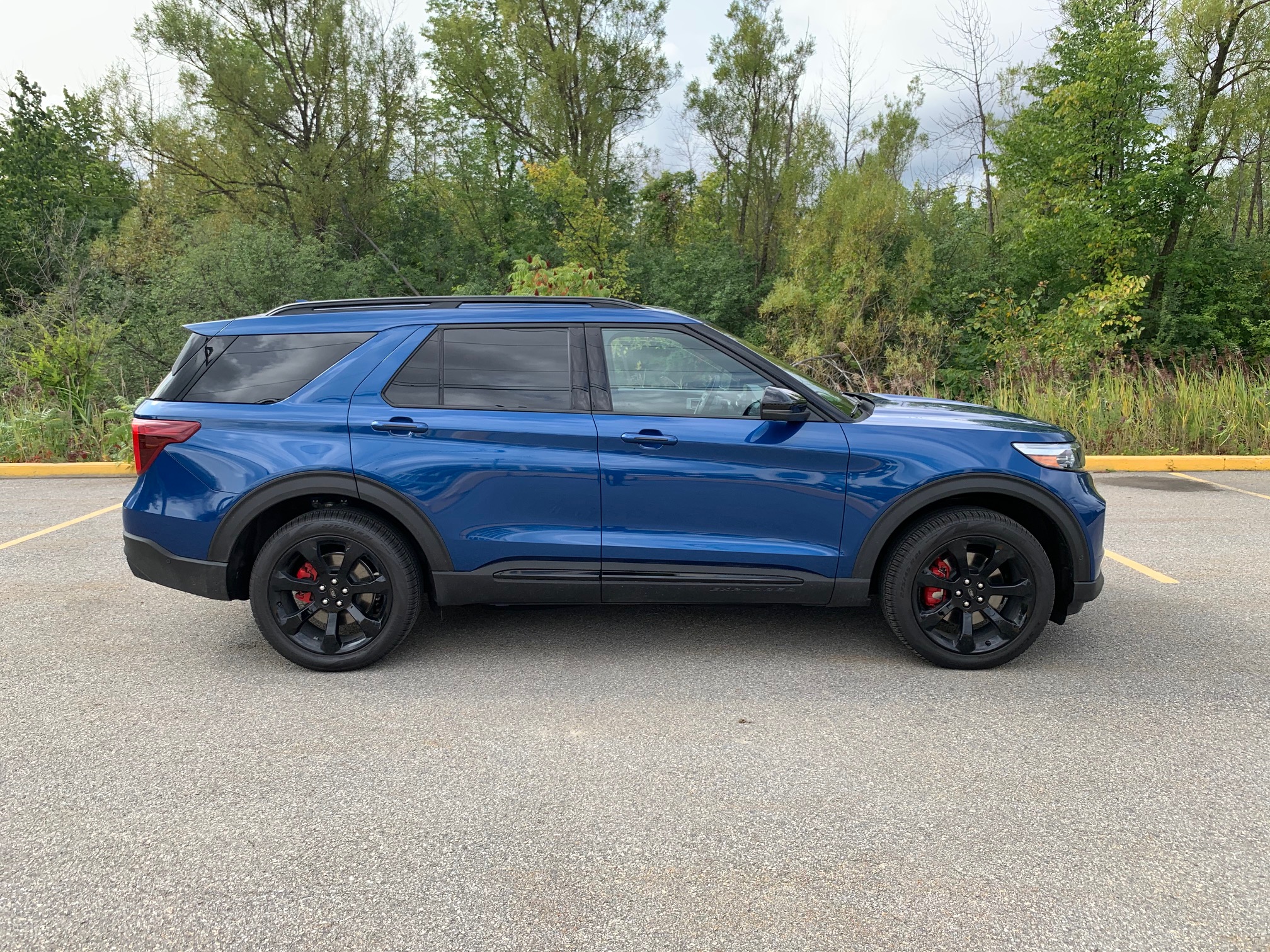 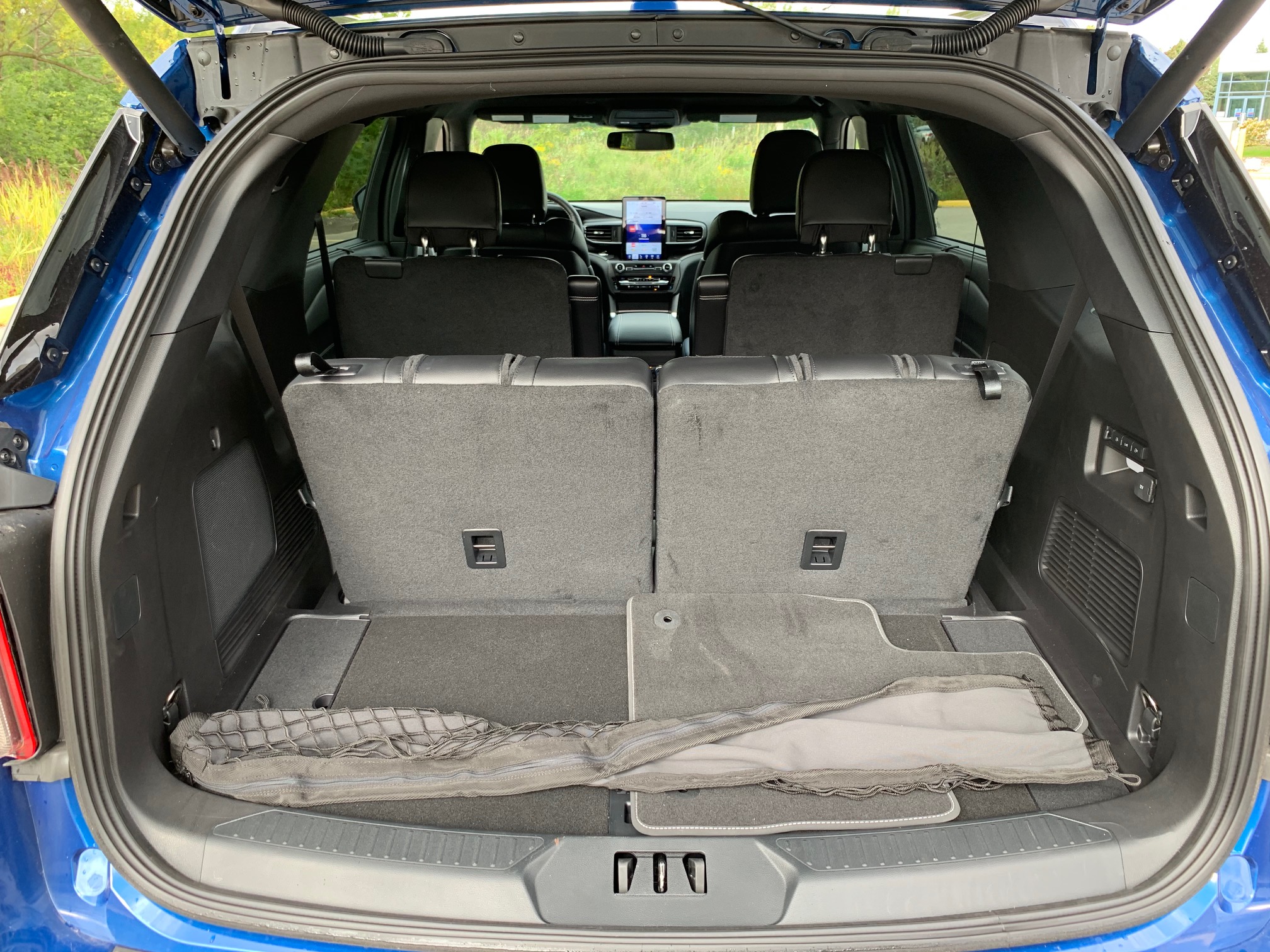 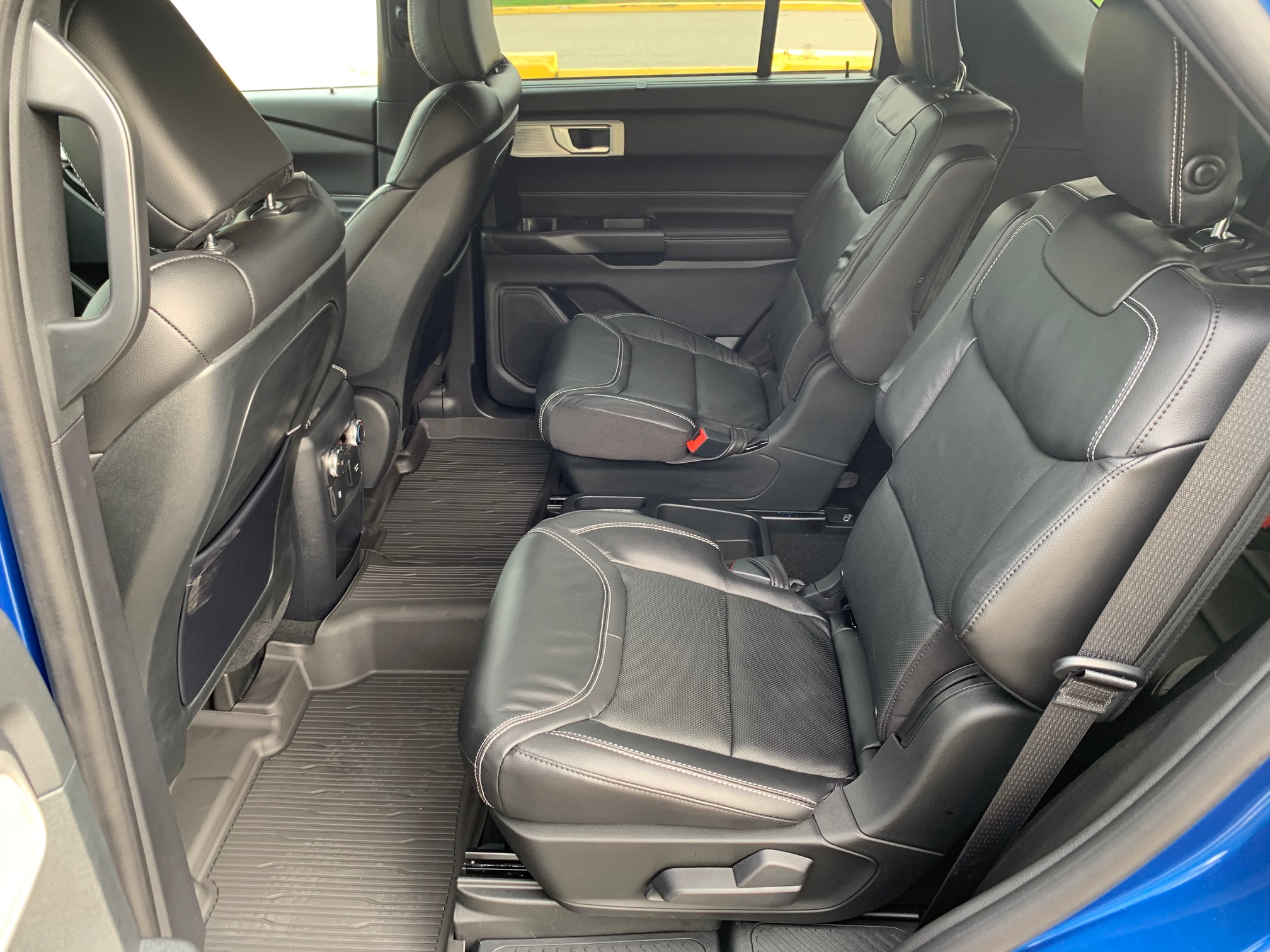 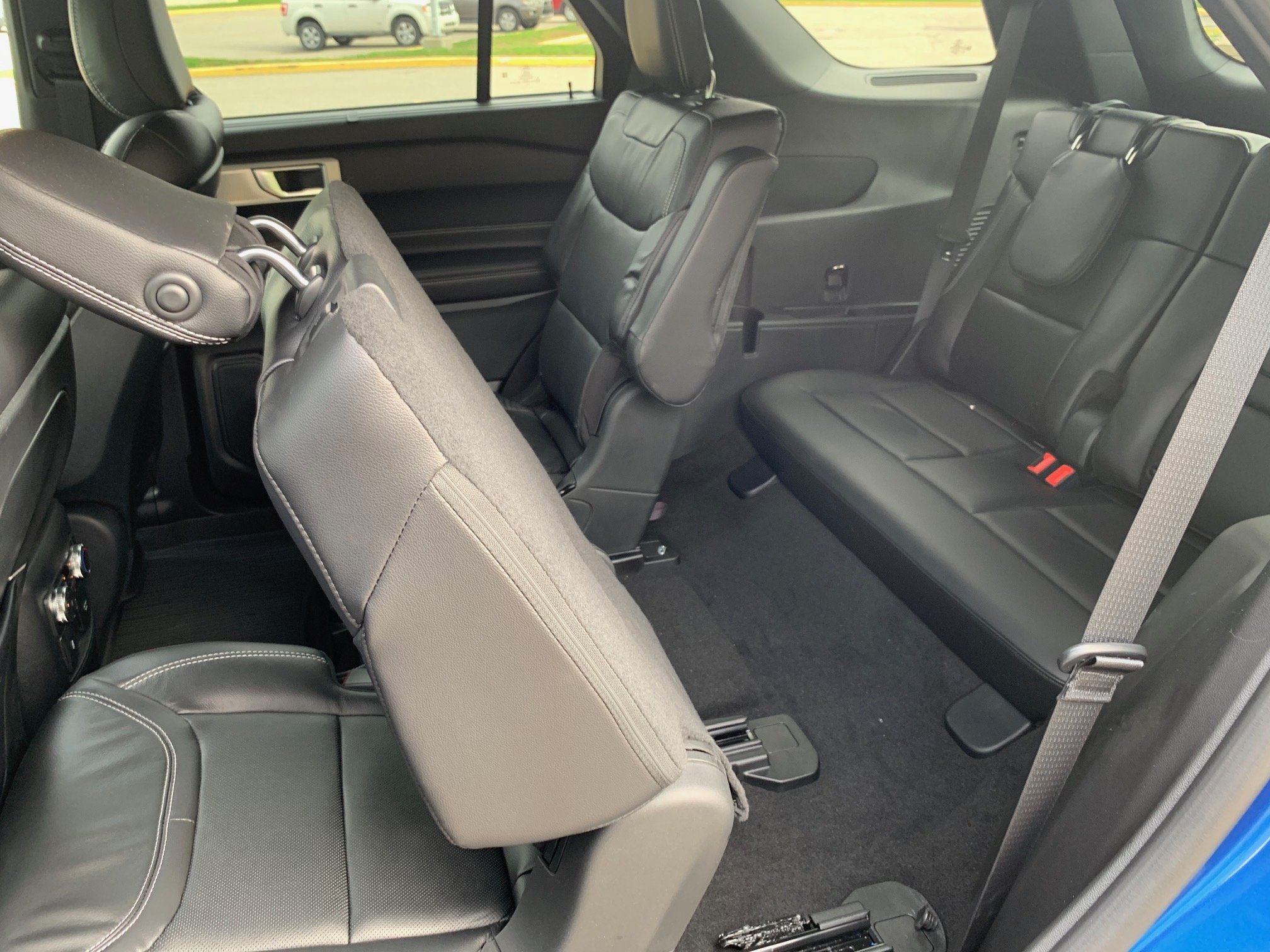 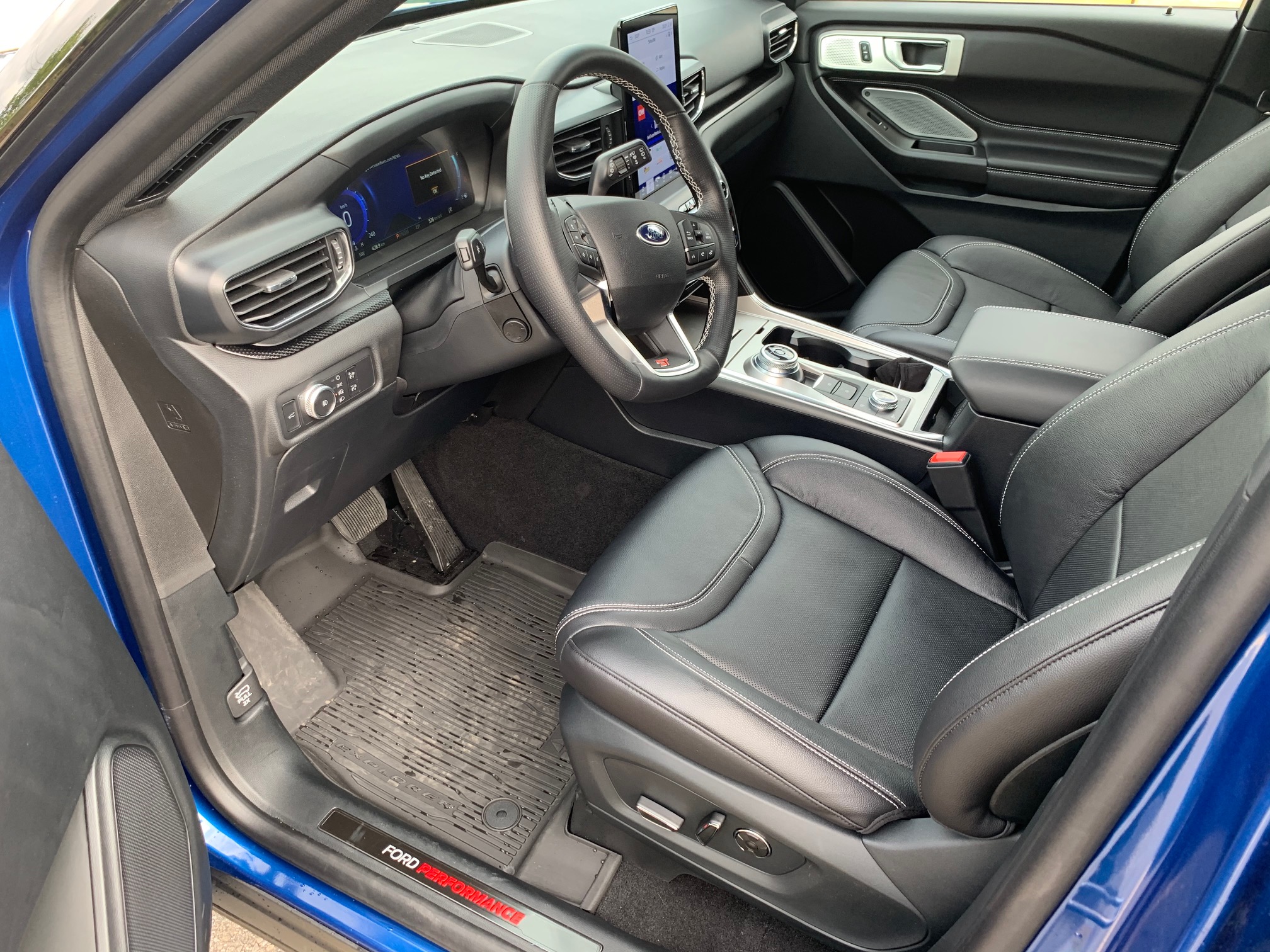 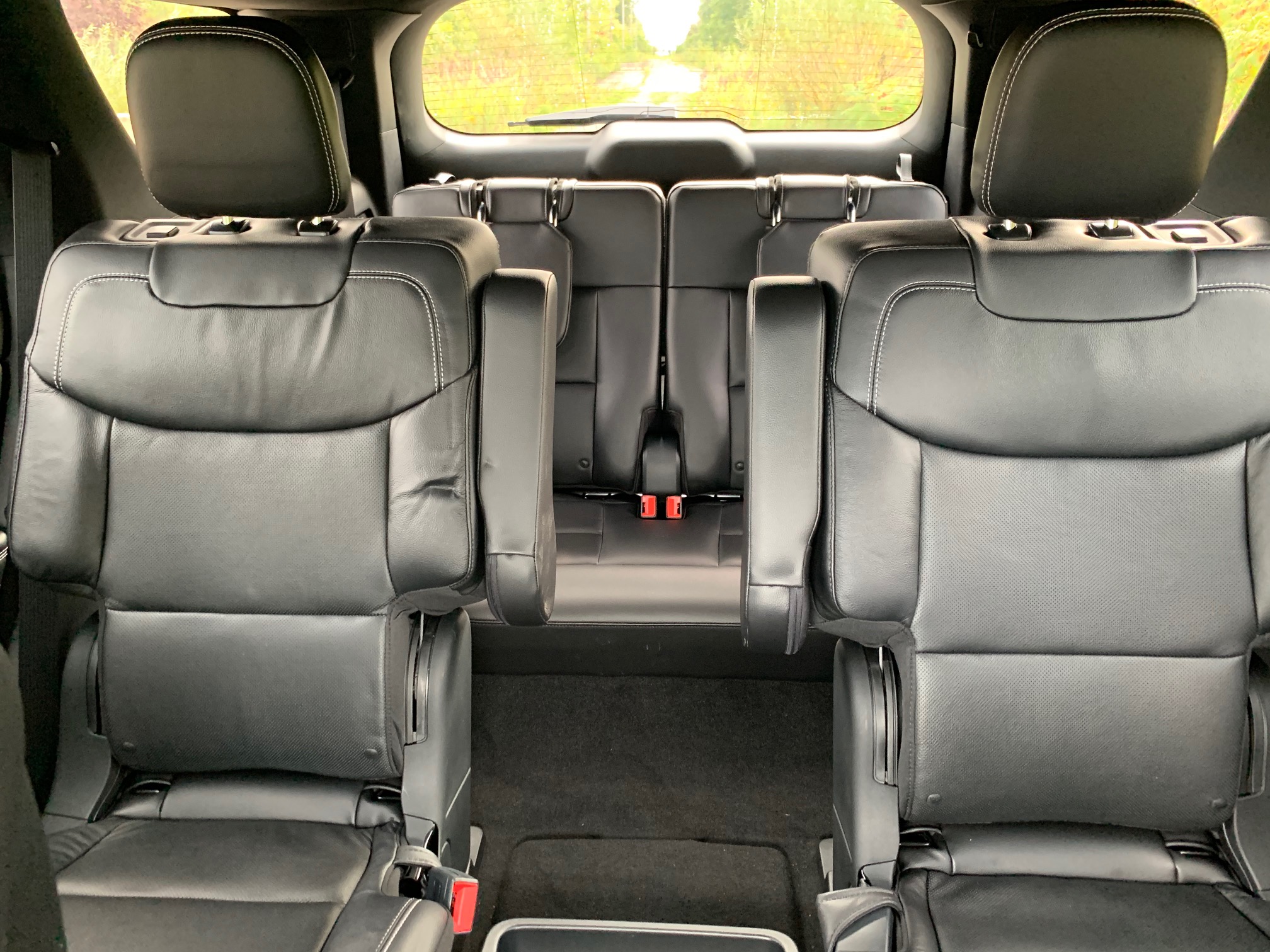 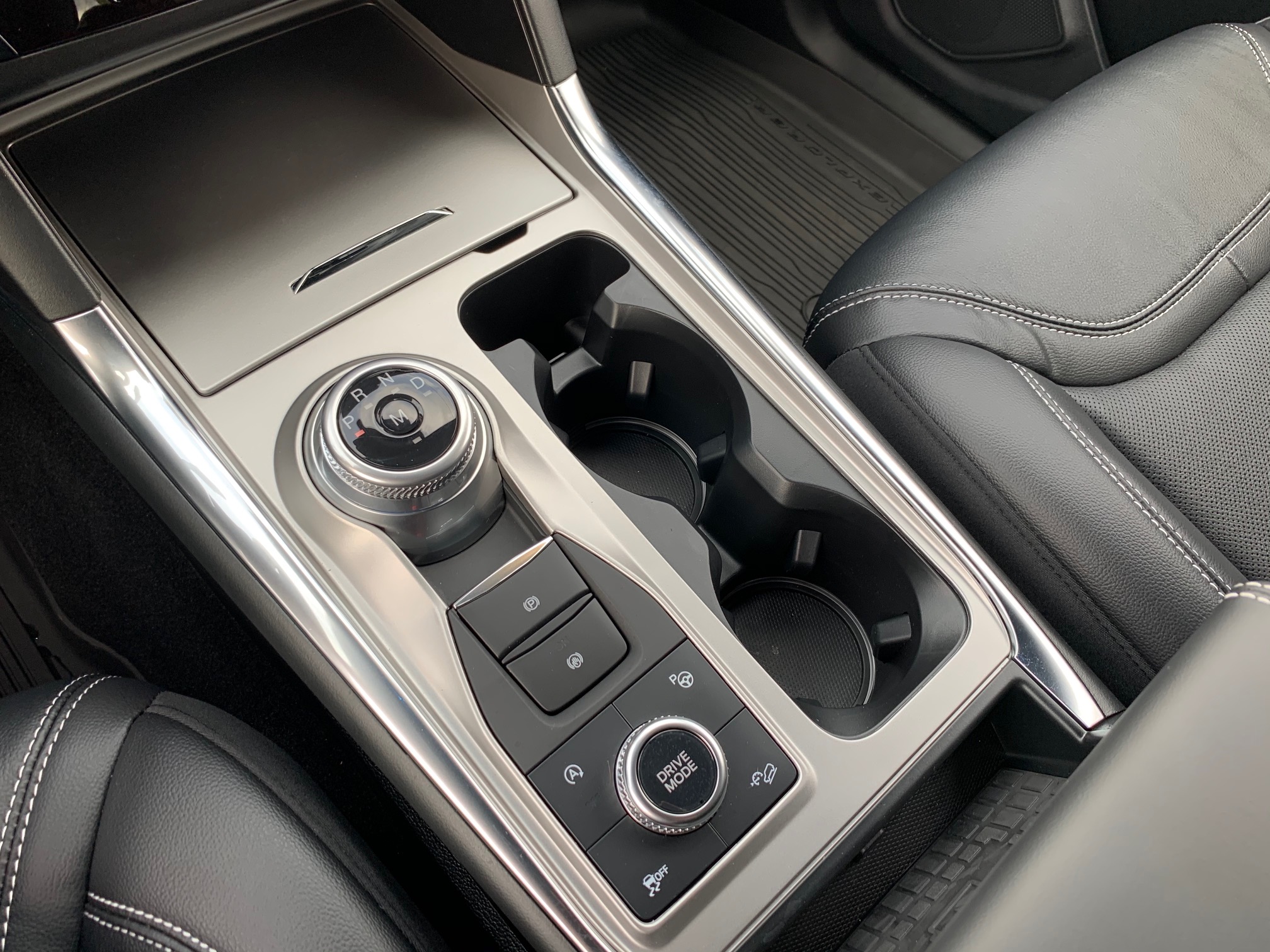 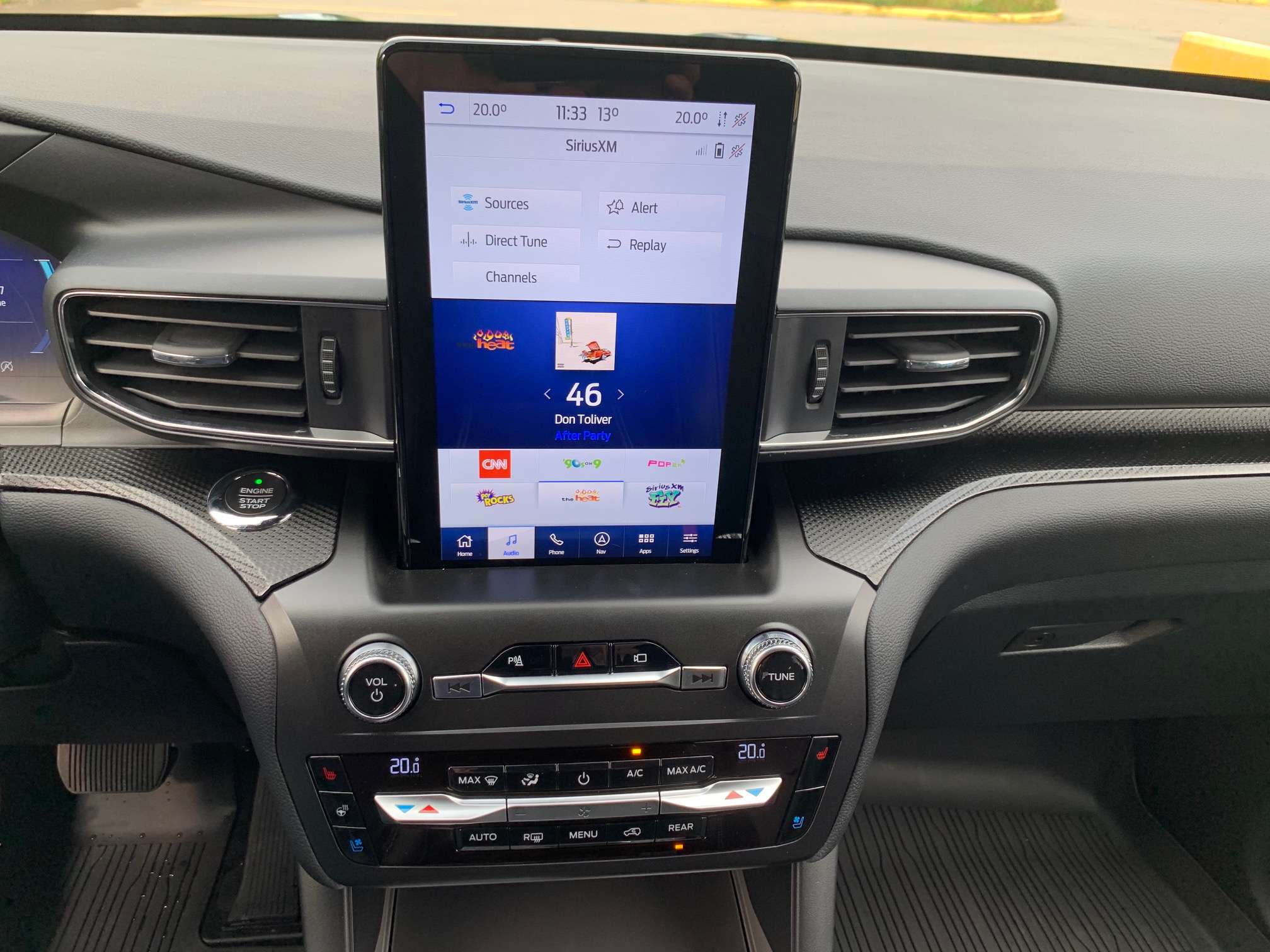 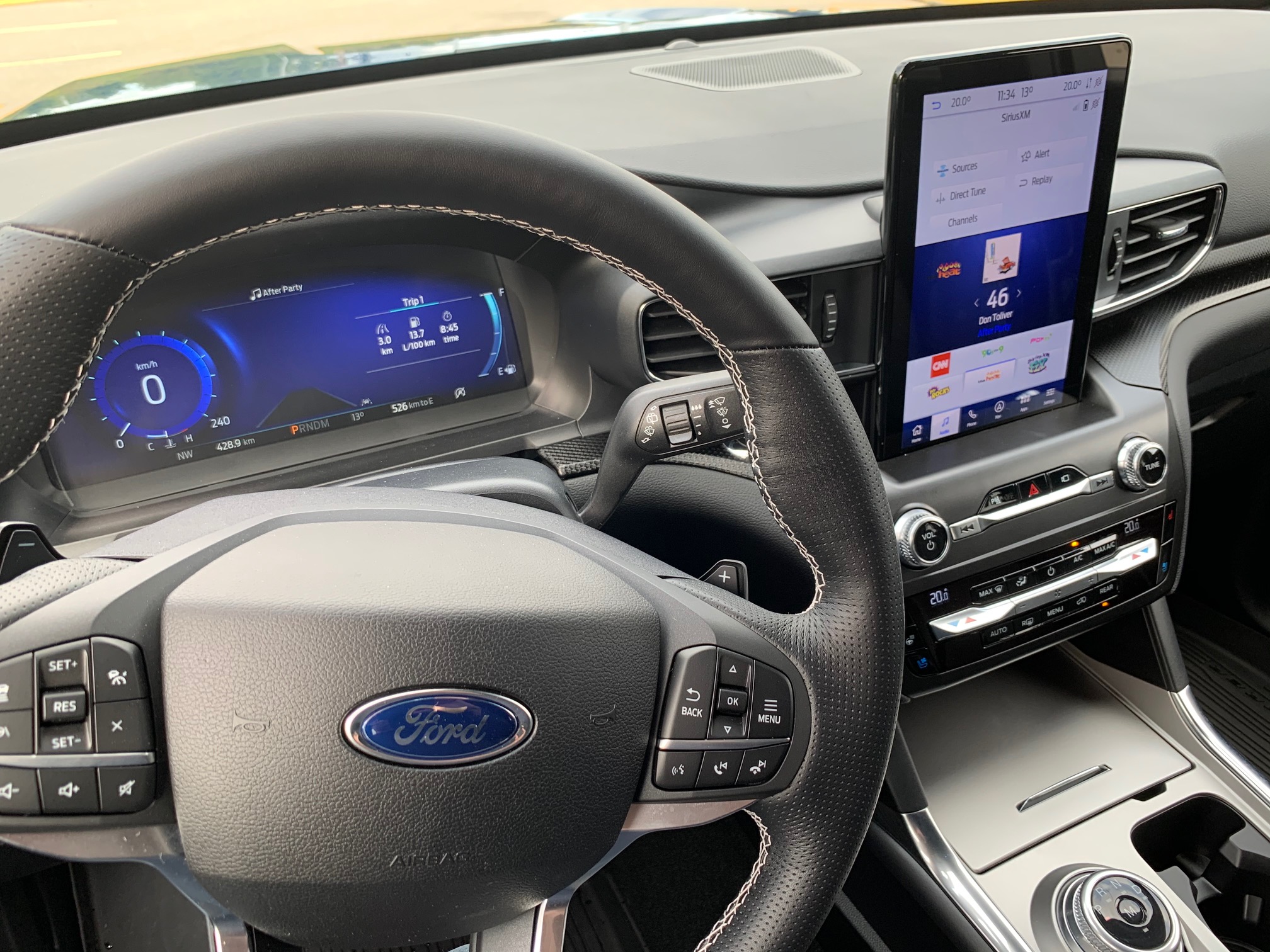 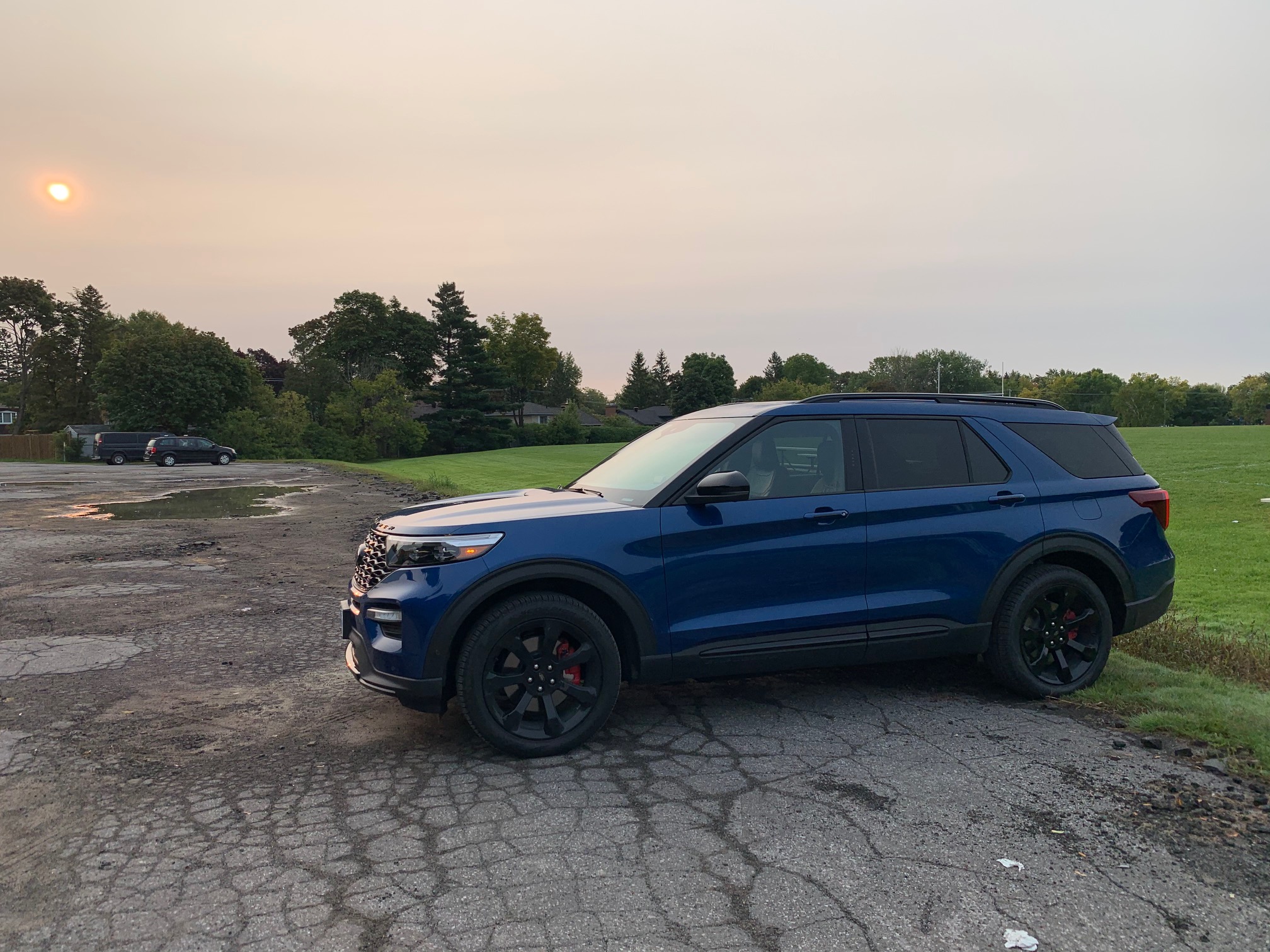