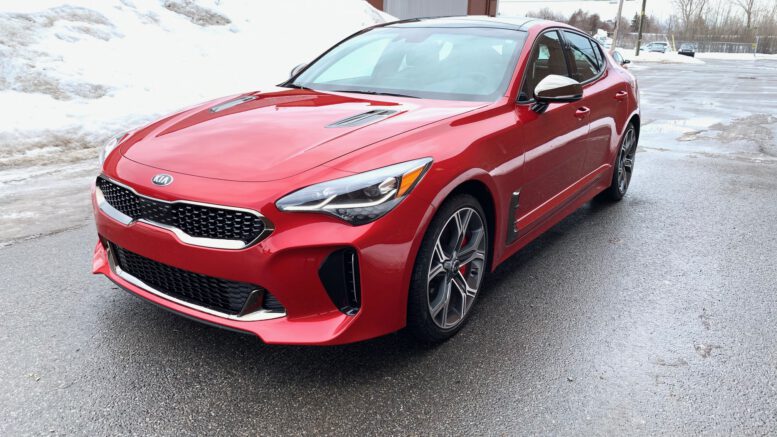 There aren’t many cars that can turn heads like the Kia Stinger can. It’s a uniquely styled automobile that elicits a response often along the lines of “that’s a Kia?” from passersby. It’s not that Kia doesn’t make good-looking cars but the Stinger just looks good.

The hatchback sedan silhouette is similar to Audi’s A7 and gives the Stinger an upscale look to it. Designed at Kia’s European design studio in Frankfurt and engineered by a former VP of BMW’s M brand, it’s no wonder that it looks the part.

The Stinger exudes a muscular confidence from its sleek front end to the wide flank and up to its powerful haunches. Key to its road presence are the rear-wheel-drive proportions; a long hood and short front overhang with an extended wheelbase. The rear valance houses four oval exhaust pipes. Kia’s signature ‘tiger-nose’ grille sits proudly between available LED headlamps.

Sitting inside the cabin there is an aura of comfort and elegance. The Napa leather seats envelop you and keep you firmly in place. The center console is split into two specific areas: the infotainment controls sit neatly below a large color touchscreen, while the climate and ventilation controls nestle beneath.  All buttons are exactly where they should be and are of the quality I would expect from a luxury vehicle. 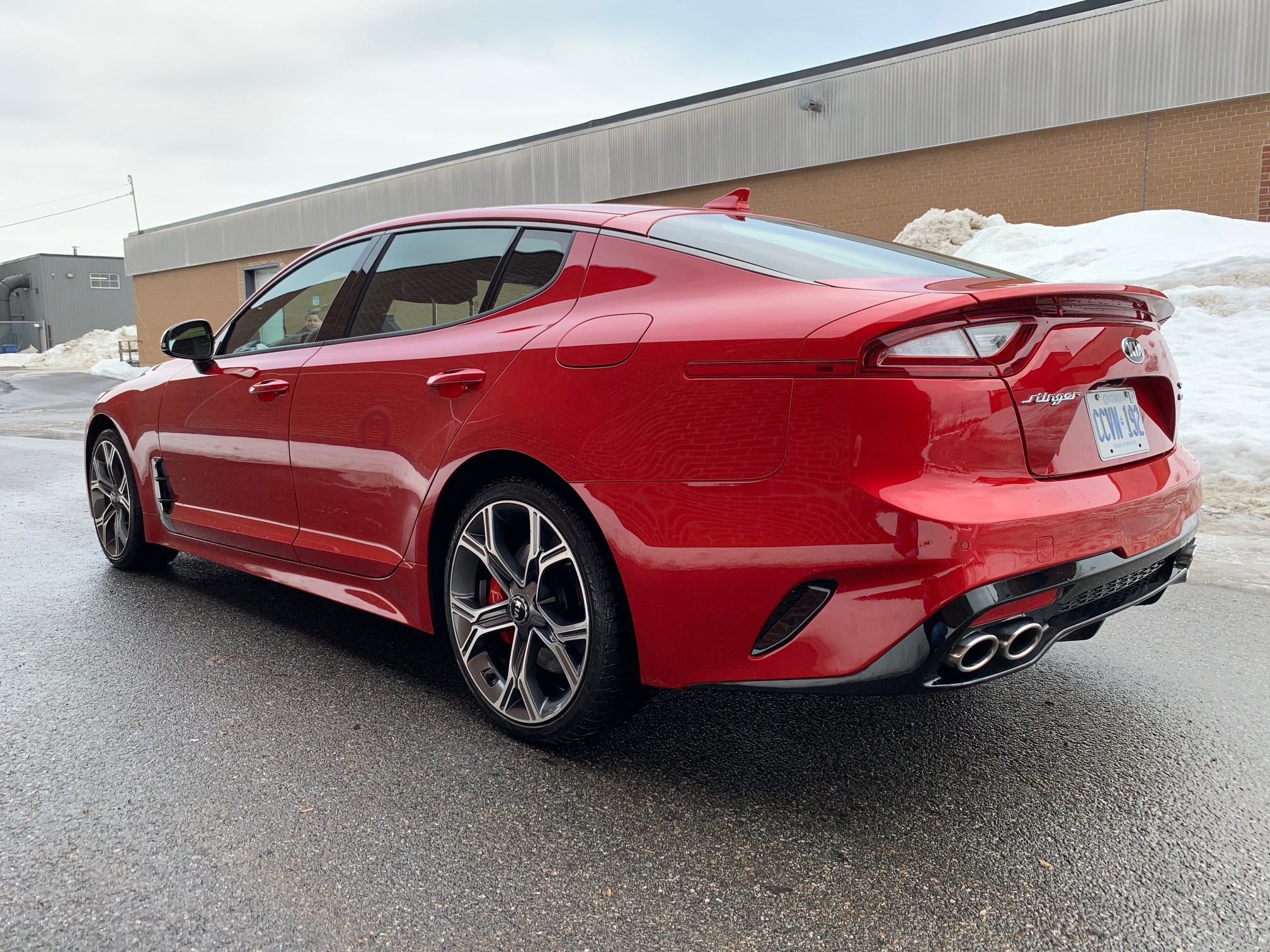 Front and center of the driver is a thick hand-stitched multifunction leather-wrapped flat-bottom steering wheel with paddle shifters. The large gauges are ringed in metal and accentuated with red needles.  An available color TFT screen between the gauges relays performance data such as cornering G-forces, lap times and engine-oil temperature, along with ancillary information such as the trip computer, driver settings, navigation and diagnostics.  Multi-color LED ambient lights illuminate the interior at night for an overall serene feel. The long wheelbase allows for generous front and rear leg room and the low seating position provides ample head room front and back.

The aspect I didn’t like was that the main infotainment screen is small and far away. I also found Kia’s system to be a bit confusing at times. I often accidentally put on soothing sounds of a waterfall or a fireplace. I think better use of the screen’s real estate could be made. 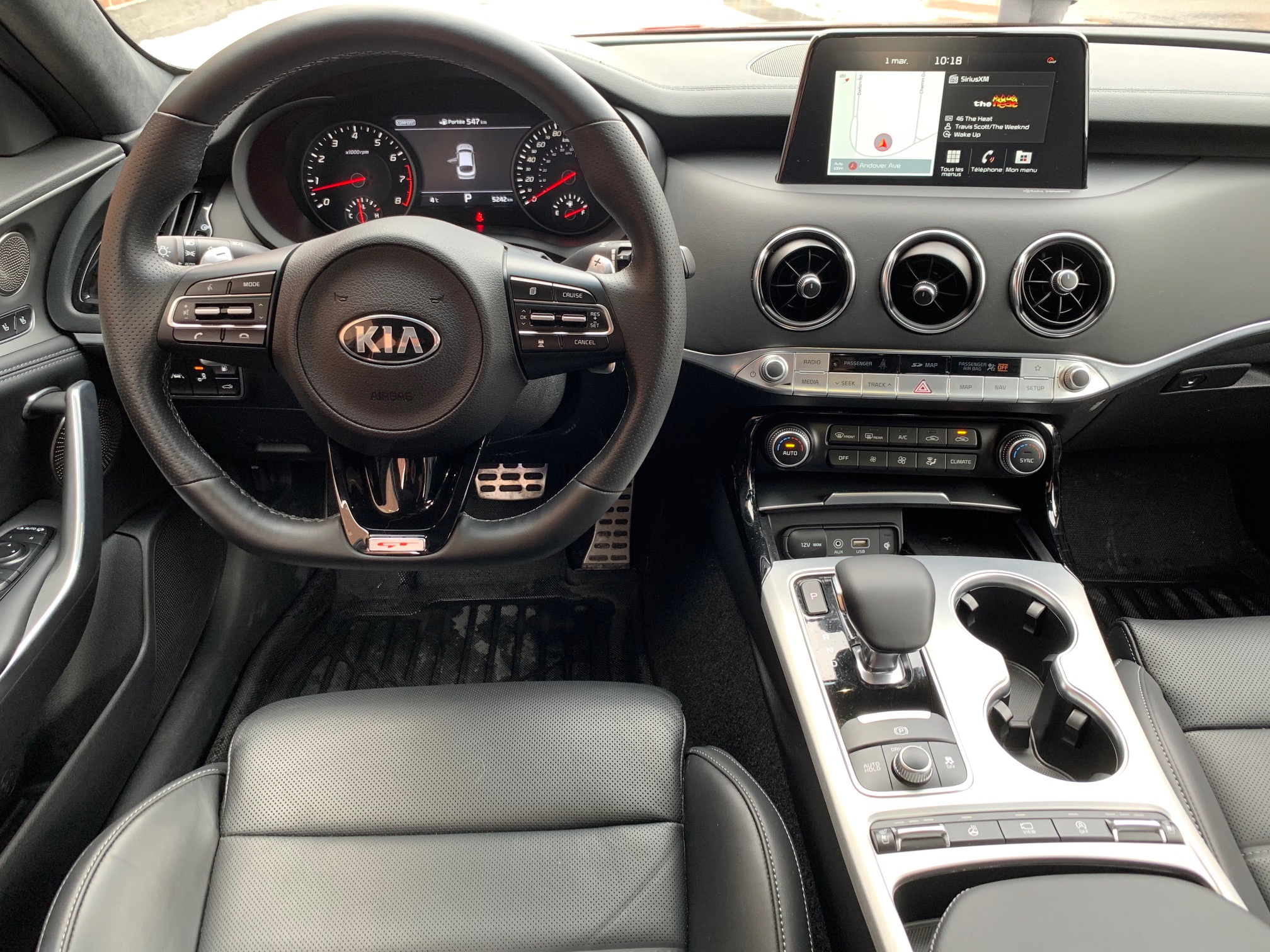 There are two powertrains available when buying a Stinger. The 2.0-litre twin-scroll turbocharged four-cylinder Theta II engine produces 255 horsepower at 6,200 rpm with 260 lb.-ft. of torque. Kia says it can go from 0-100 km/h in just 5.9 seconds. If that’s not enough then the available 3.3-liter twin-turbo V6 Lambda II engine, which produces 365 horsepower at 6,000 rpm and offers 376 lb.-ft. of torque should do the trick. It certainly did for me, propelling the Stinger to my heart’s desire and more with crisp acceleration and ample torque with little turbo lag. It sounded great, too.

Kia’s product is essentially on par in every way and offers something else that the competition doesn’t have: exclusivity. There are comparatively very few Stingers on the road compared to, say, the Audi A7. In addition to being less bland, the Stinger makes people turn their heads and ask what kind of car it is. In an era where it’s sometimes hard to tell the entire lineup of a brand apart because the styling of every car is so similar, Kia has the golden ticket. 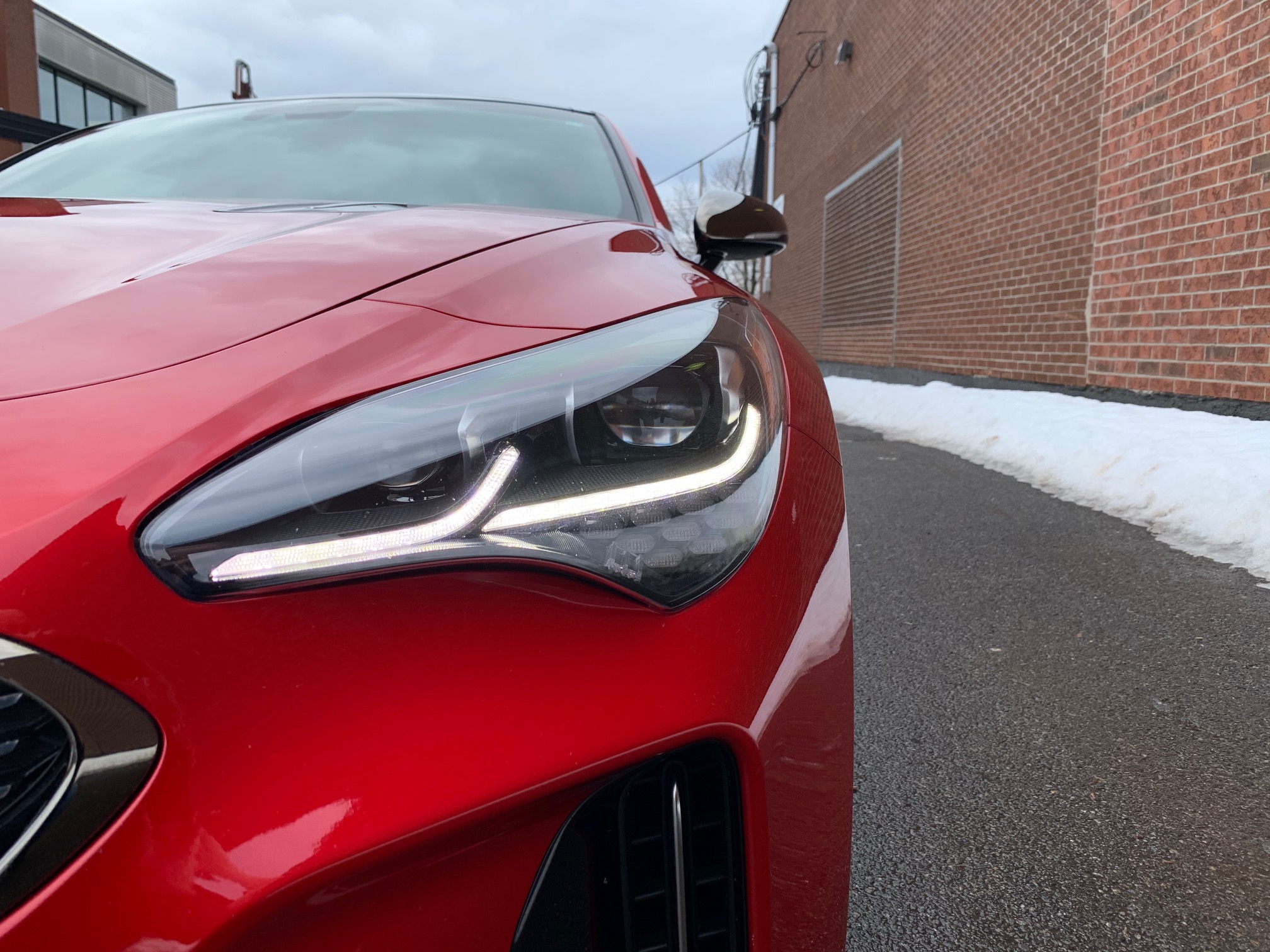 The competitively priced Stinger comes in lower than the competition and that’s necessary because people don’t normally associate its nameplate on the same level as, say, BMW, Audi or Mercedes. The pricing structure is unchanged for 2021 which is a rarity these days.  There are now two options: The GT at $44,995 and the GT Limited like you see here for at $50,495 all before transport and local fees.

I came away from my road test impressed as heck with the product that Kia has presented. Even if you’re a die-hard luxury nameplate fan, give the Stinger a look because you might that aura of exclusivity enticing. 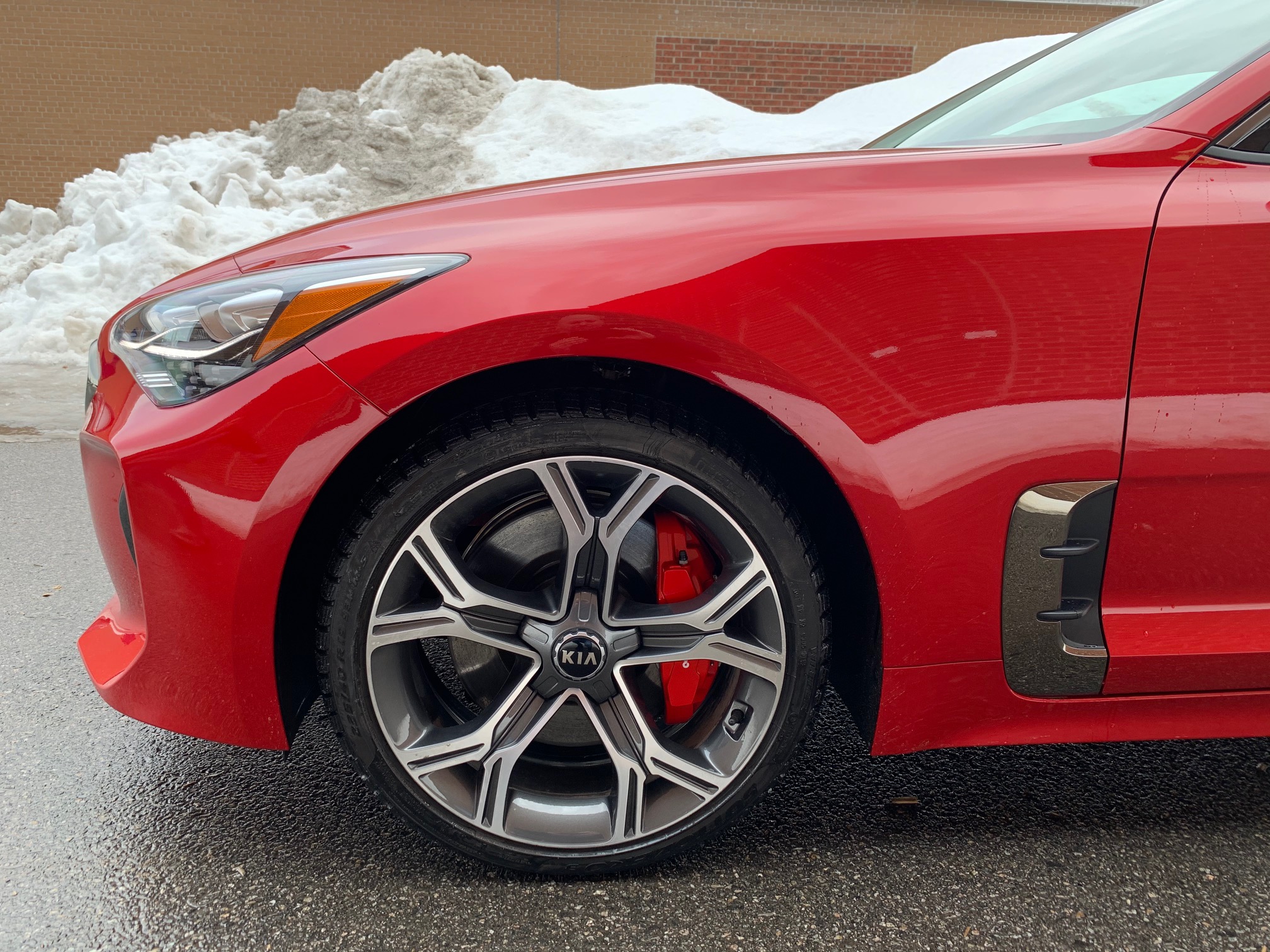 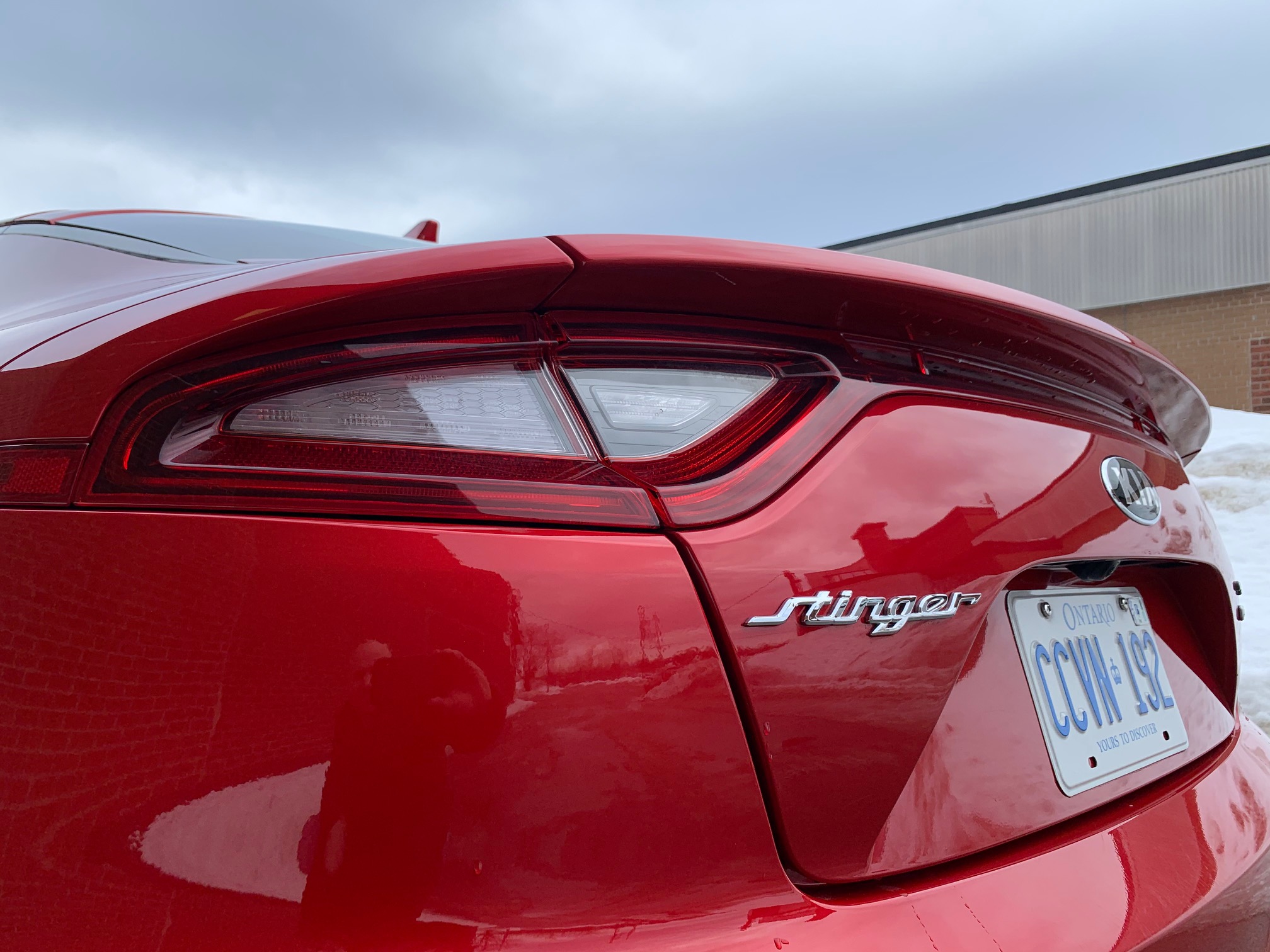 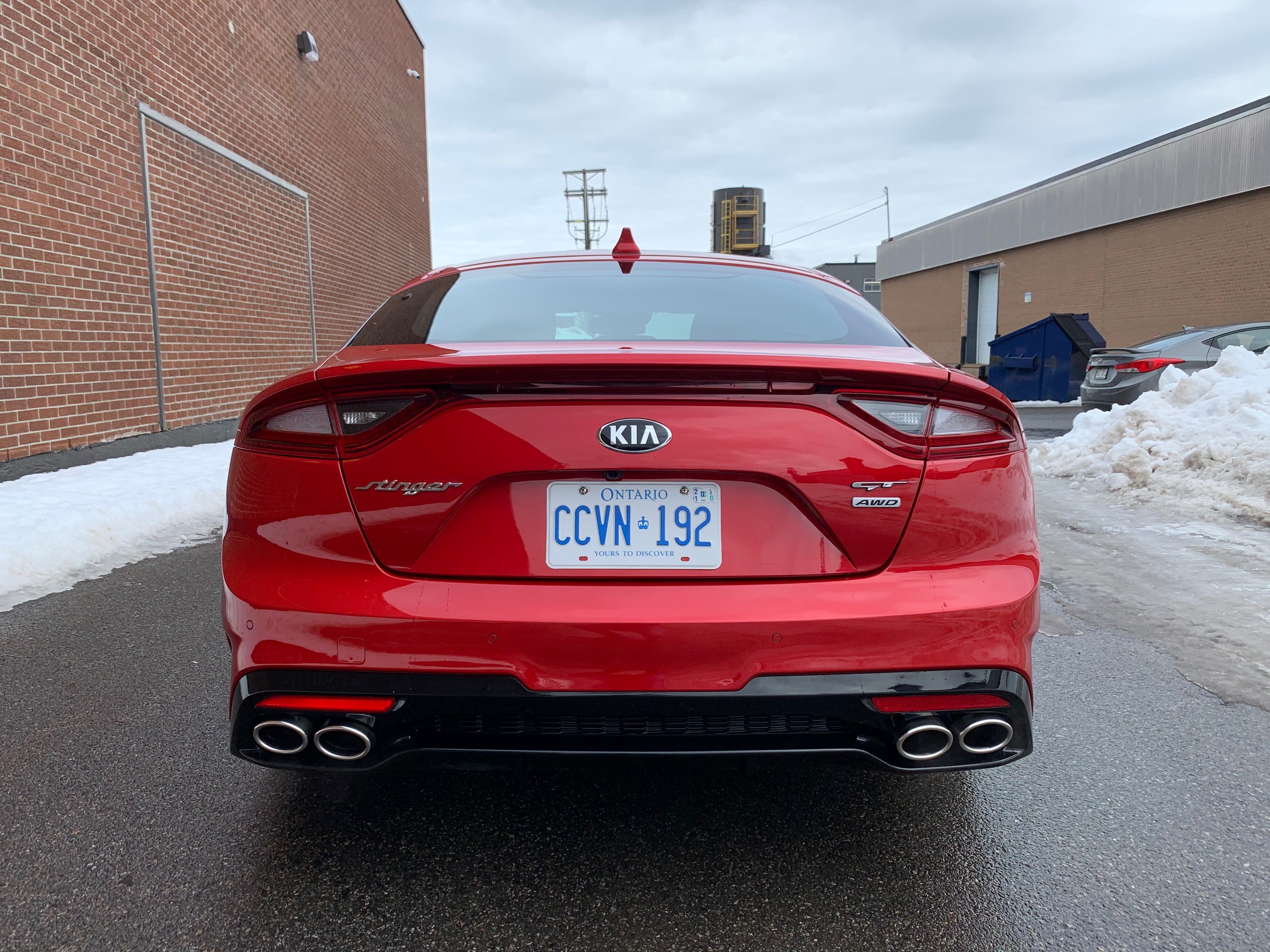 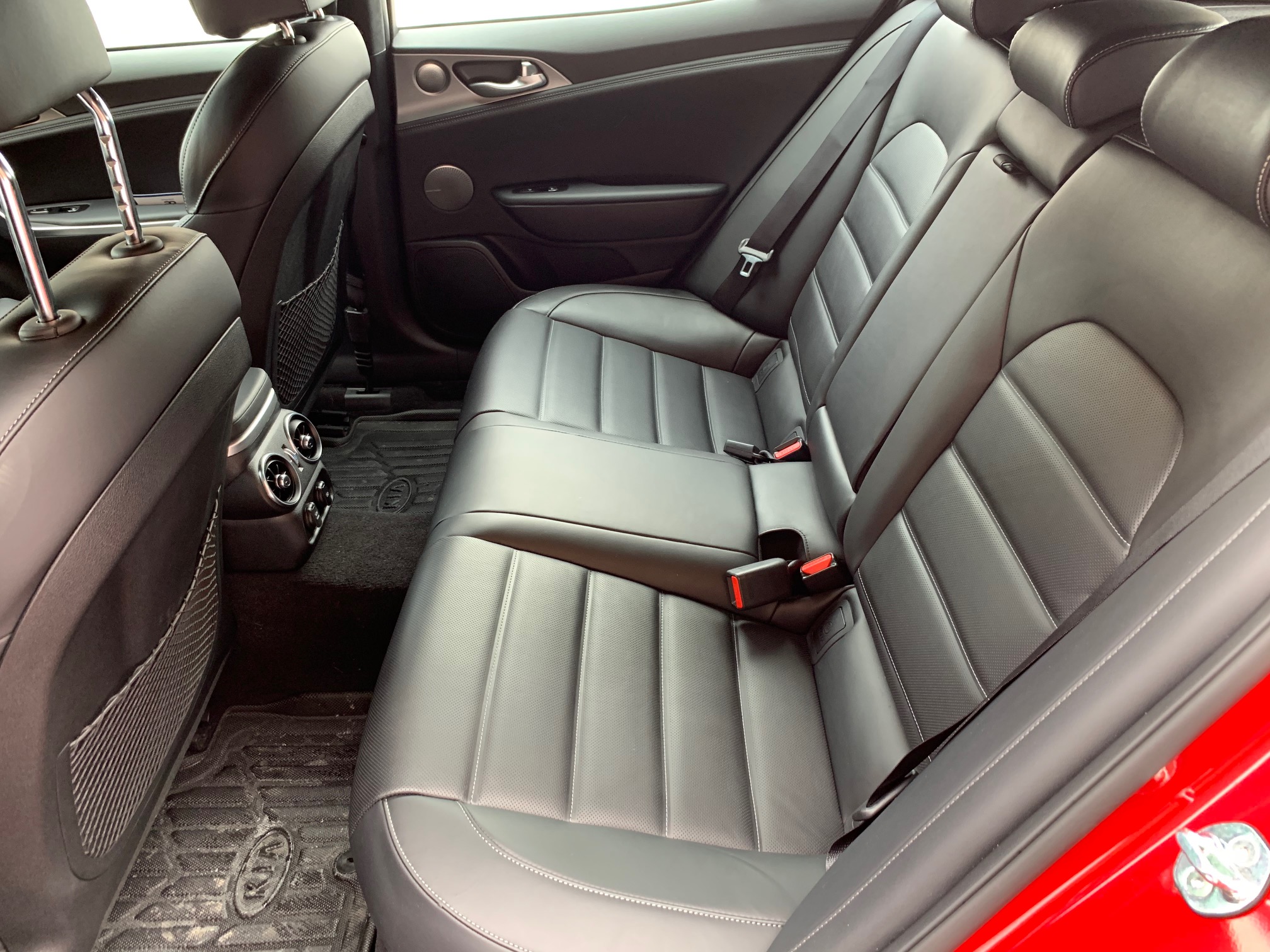 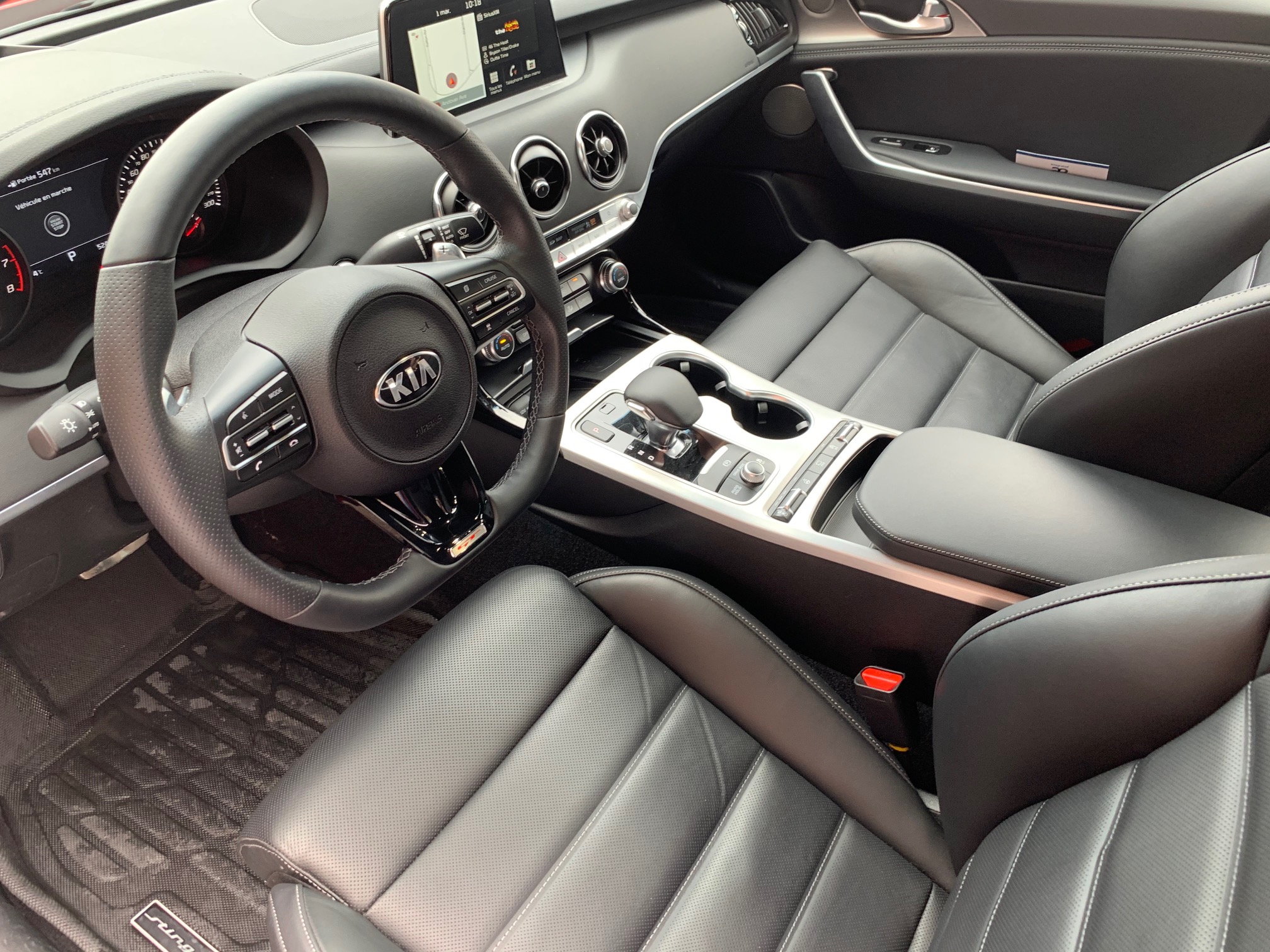 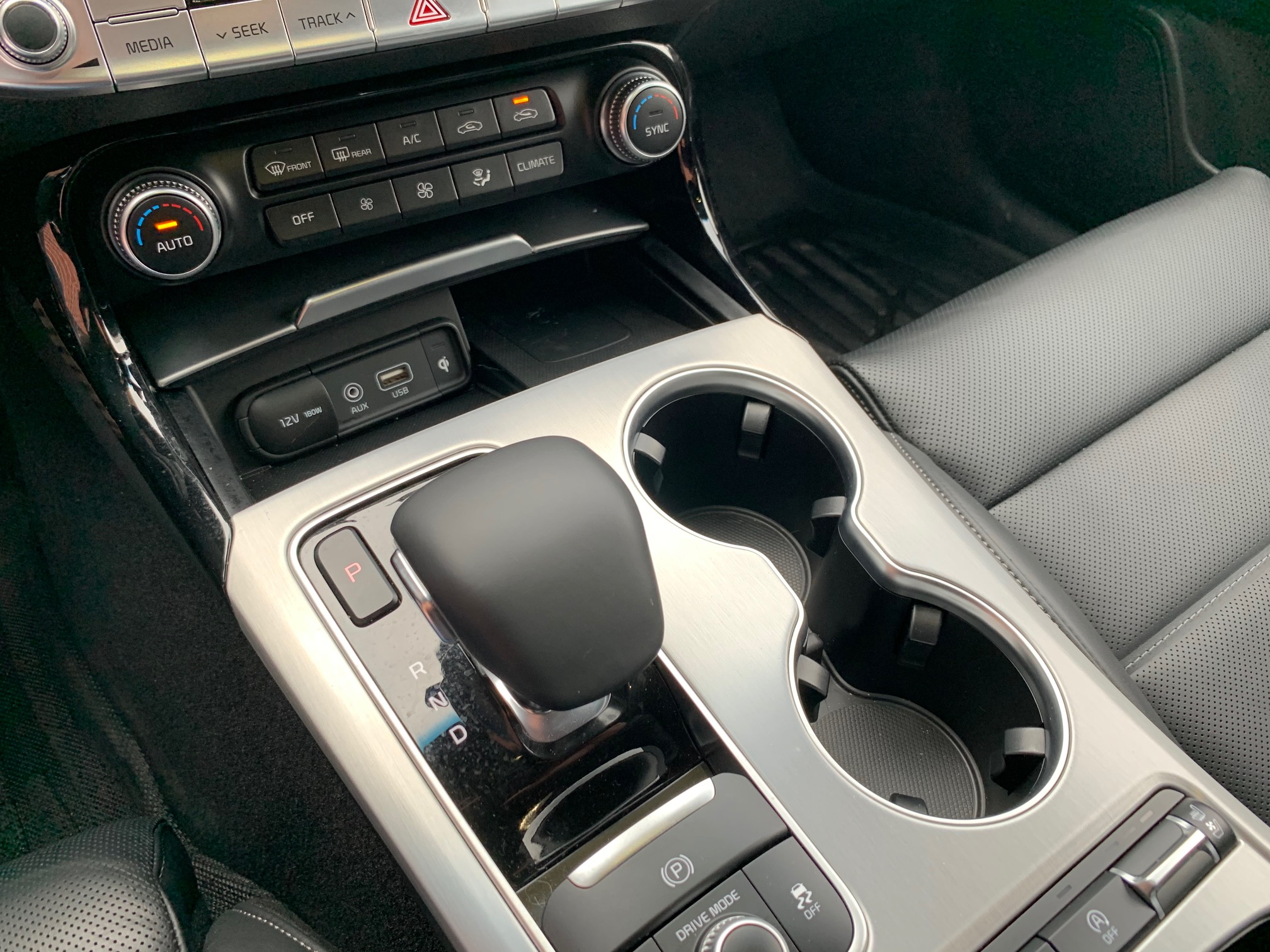 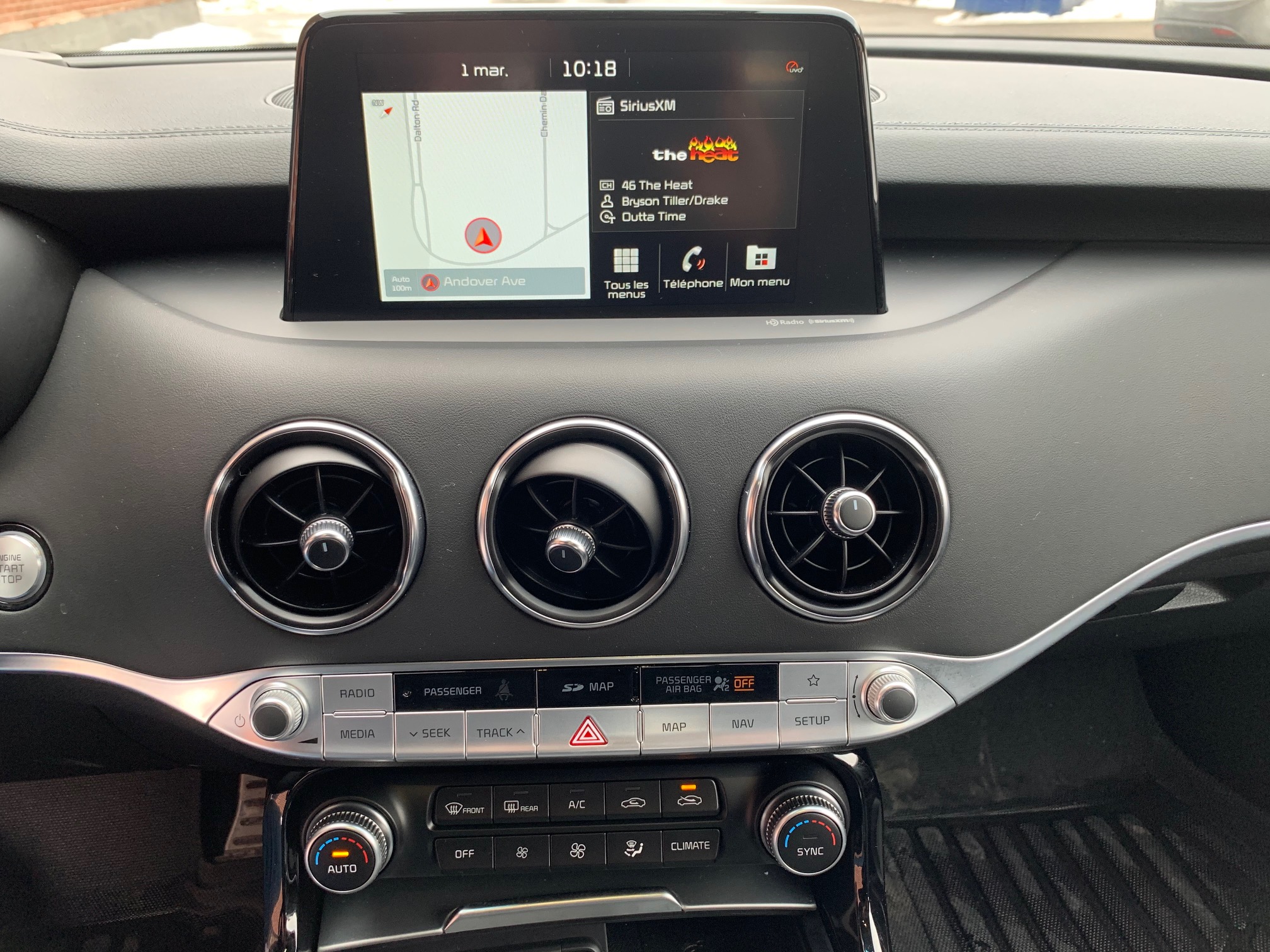 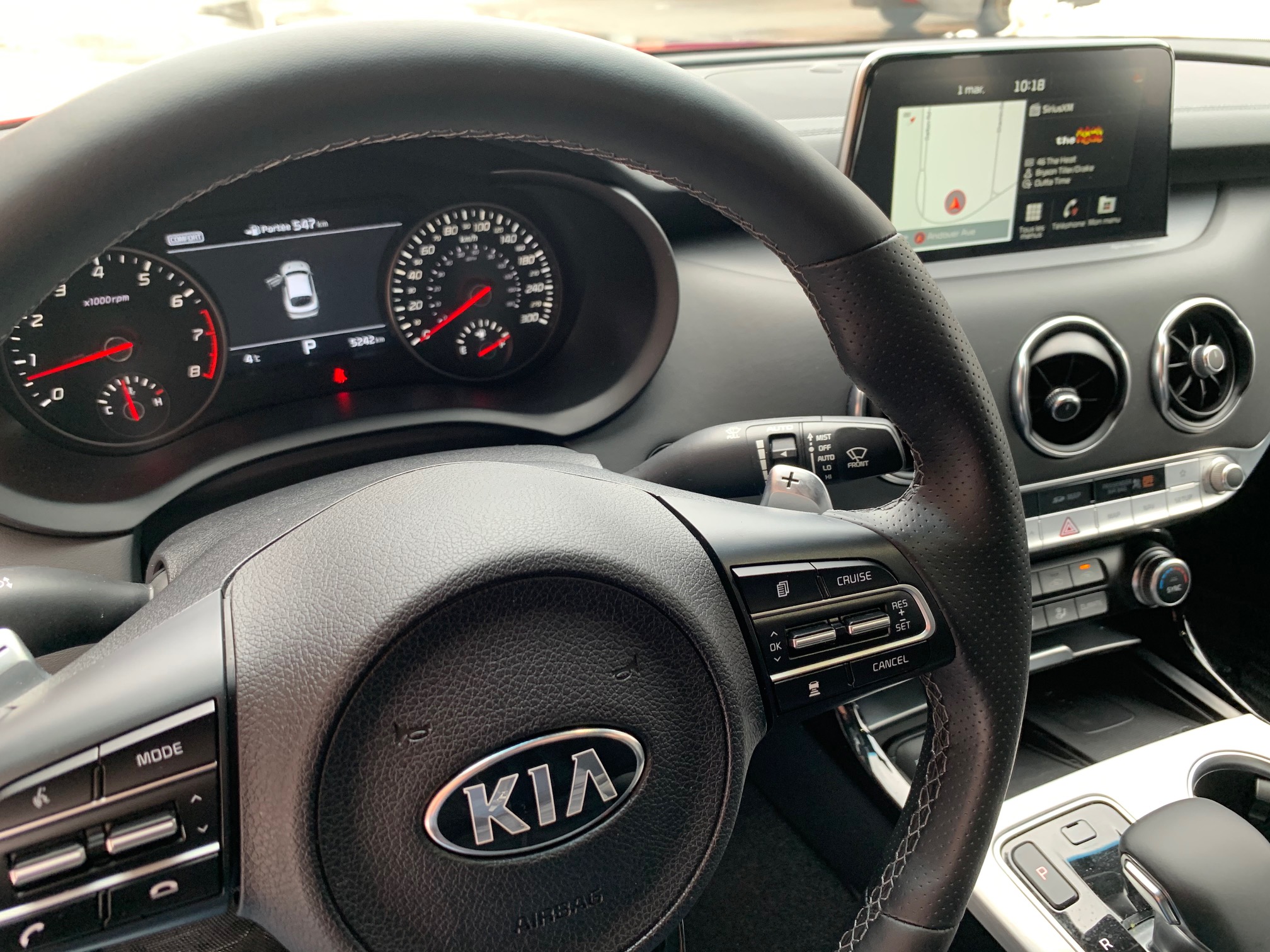 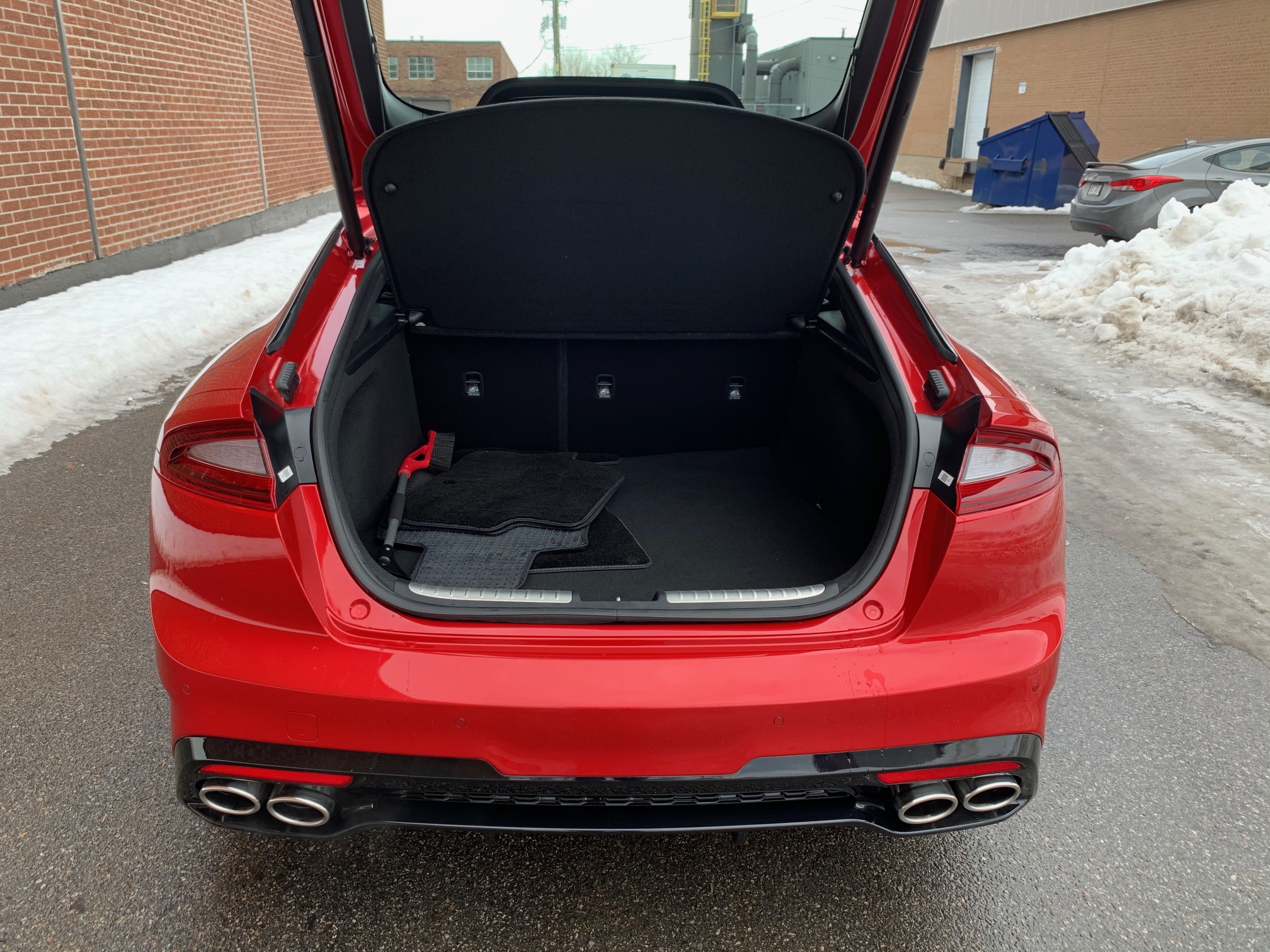 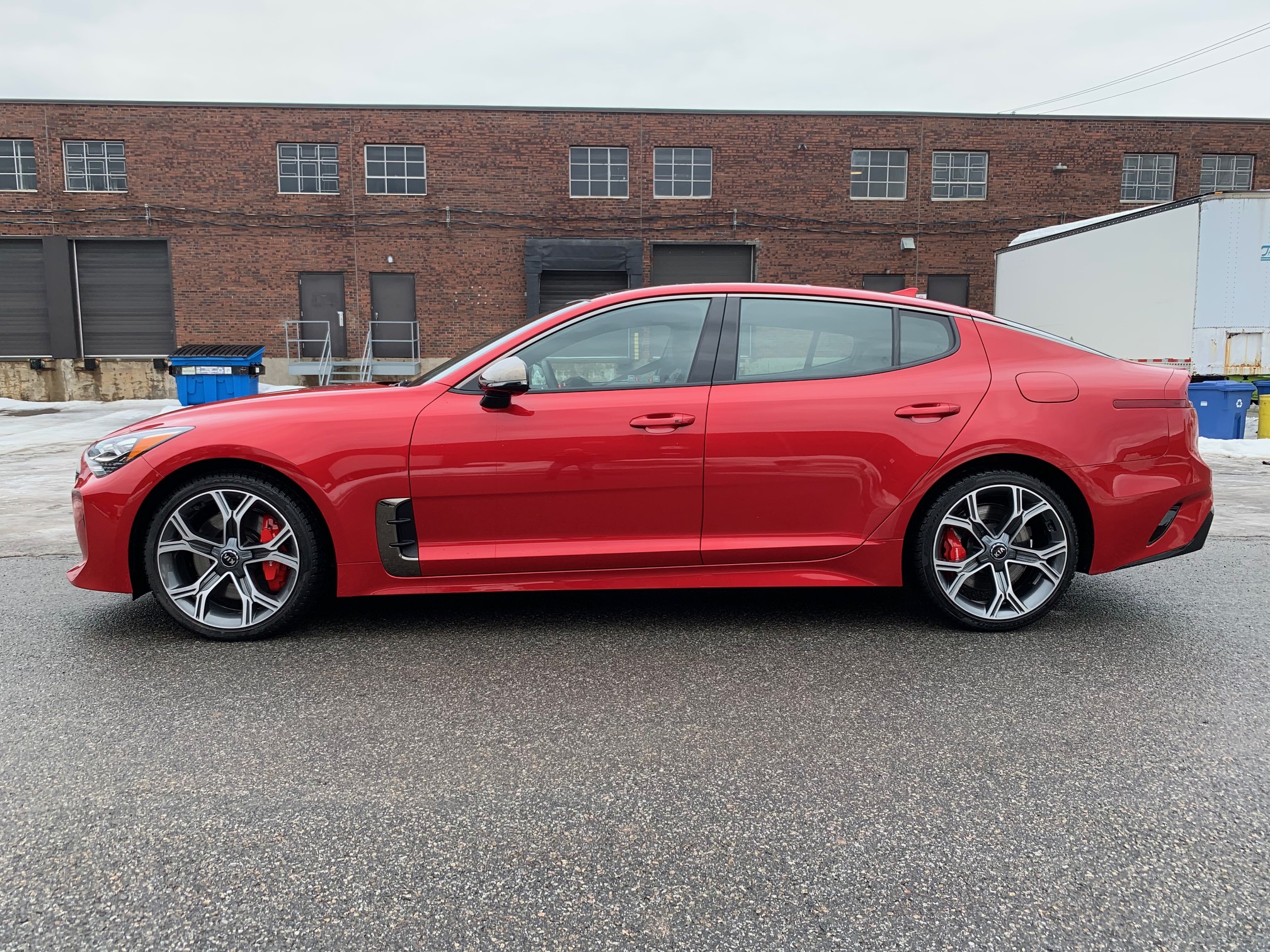 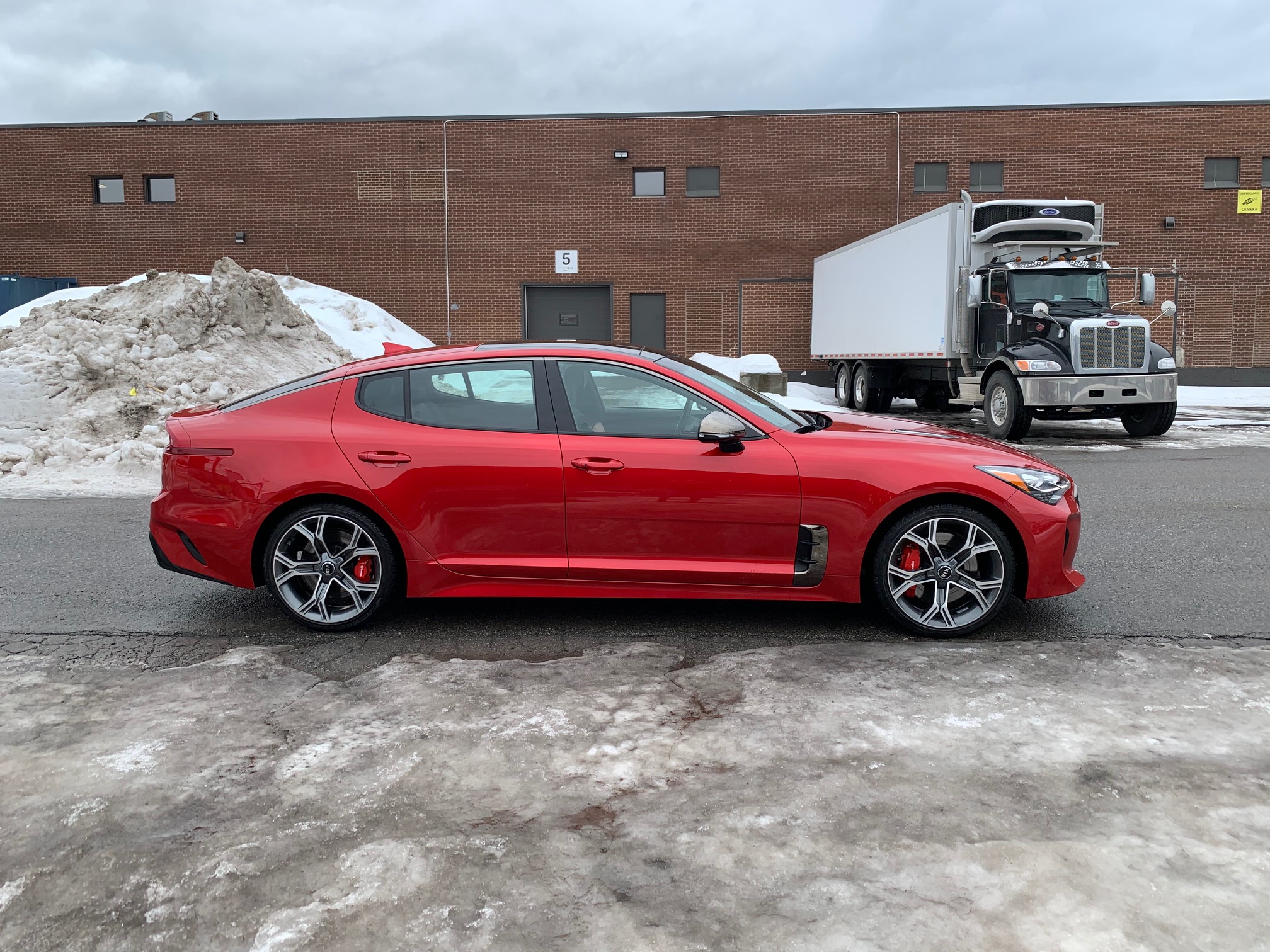