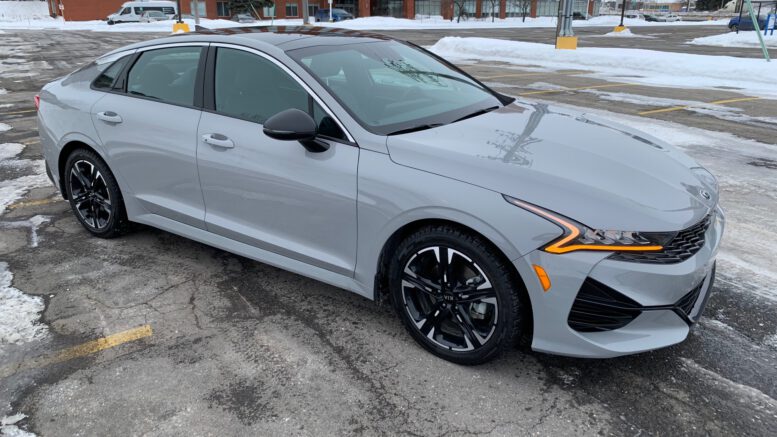 Kia has been on a tear in recent years and I really like the way their designs are trending both for trucks and cars. The new K5 is a prime example of how the brand is re-invigorating itself and coming out with products that are so visually appealing they are broadening its reach.

The K5 replaces the outgoing Optima which was a decent sedan but not a remarkable one. This vehicle will go head to head with stalwarts like the Accord or Camry for example. Its sibling would be the well-known Hyundai Sonata in this mid-size sedan segment.

The K5 stands out amongst other cars from both the front and rear. The front sports Z-shaped daytime running lights, a new version of the “tiger nose” grille and a few air vents. The overall shape reminds me of the Audi A7 with a hatchback-style sedan look to it however the K5 isn’t actually a hatchback and retains a separate trunk section. The rear end is equally as appealing with dual exhaust tips and LED taillights that extend the entire width of the car. The K5 is 2 inches longer and extends its wheelbase by 1.8 inches compared to the Optima. All in all, I think Kia hit all the right notes here and did way better than the alien-looking Sonata. 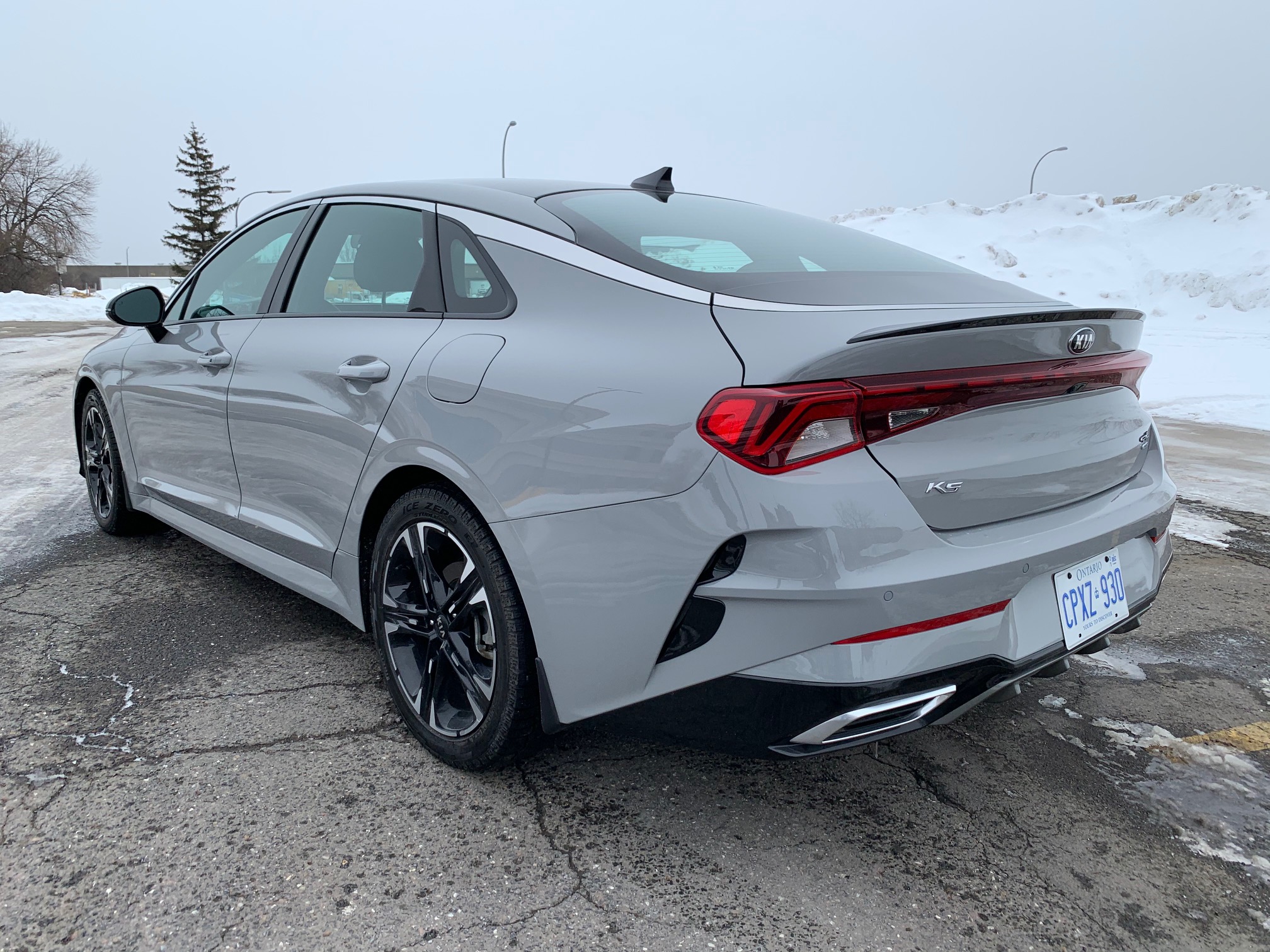 Sitting inside the cabin, the K5 impresses with its faux-wood trim and driver-oriented console. This tester was the GT-line trim which is just below the top-of-the-line GT trim so it had most of the bells and whistles included such as heated and ventilated front seats, heated rear seats, leather sport steering wheel, a 10.25” touchscreen navigation system, front window defrost (my favorite) and a few other items. I do have two qualms about the interior setup.  The first was that the volume knob was just too far away and you have to lean to reach it. I also found Kia’s system to be a bit confusing at times. I accidentally put on soothing sounds of a waterfall or a fireplace on occasion and struggled to get them off. I think better use of the screen’s real estate could be made.

You may have seen the Super Bowl commercial advertising Hyundai’s new Smart Park feature (pronounced Smaht Pahk in Boston). It’s a neat gimmick that allows you to remote park the vehicle via a smartphone app. The app can also let your phone act as a key fob but unfortunately this feature isn’t yet available on the K5. 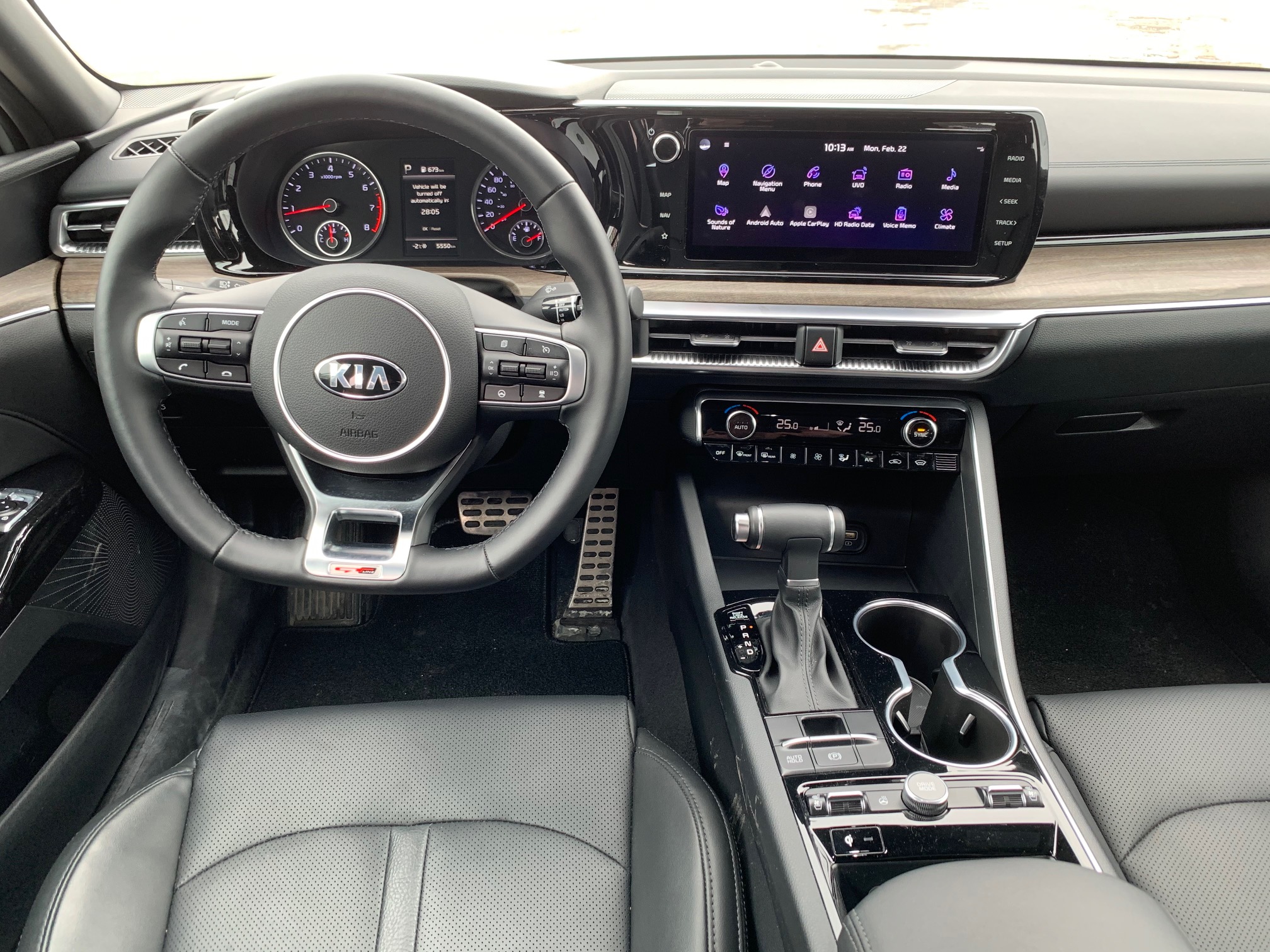 Under the hood of the K5 is a choice of two powertrain options. The smaller of the two is a 1.6-litre four-cylinder engine making 180 horsepower and 195 lb-ft of torque. The test vehicle came with this engine and offered decent amounts of acceleration for daily usage. It’s not overly sporty but packs enough punch not to feel underpowered. The optional 2.5-litre turbocharged engine makes 290 horsepower and 311 lb-ft of torque and will outpace the Accord or Camry. These two engine options are shared with the Sonata and are paired with an 8-speed automatic transmission. Handling-wise, the K5 delivers smooth and crisp steering with a ride that inspires confidence.

One thing that the K5 improves upon is the addition of optional all-wheel drive which will benefit owners in winter climates heavily. It’s nice to see sedans with this option though I wish it hadn’t taken the decades that it took before automakers realized not only crossovers benefit from AWD. 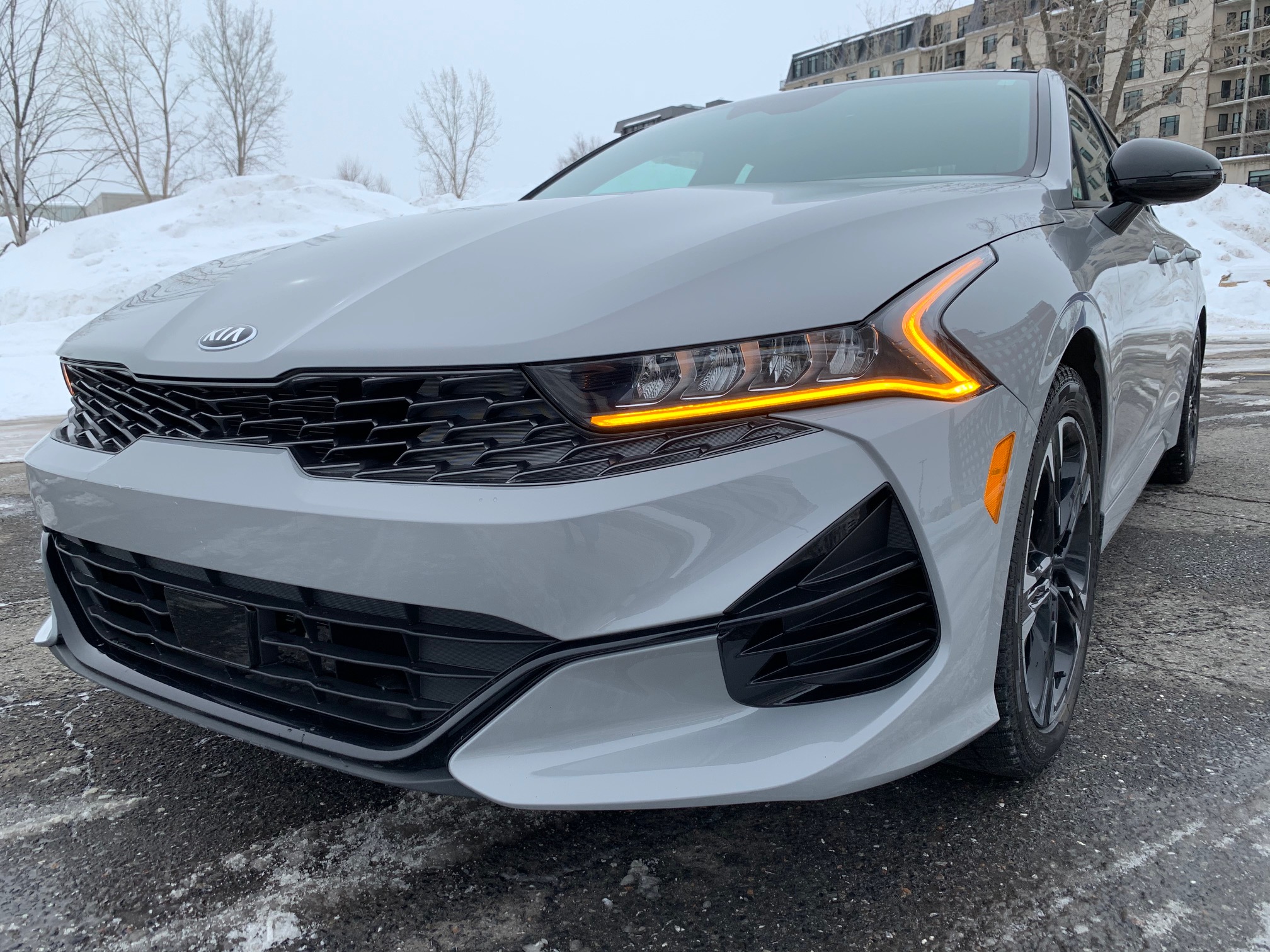 As you’d expect, the Kia K5 is light on the wallet with the entry-level LX AWD coming in at $25,595. It comes nicely loaded and even has wireless Apple CarpPlay or Android Auto (a feature not available on higher-end trims with the larger infotainment screen). The EX adds leatherette seating, 18” wheels, wireless phone charging, front window defrost, sunroof, LED taillights and more for $32,595. The tester was the GT-Line and comes with a sport suspension, electric passenger seat, leather steering wheel and the larger infotainment screen for $35,995. Finally, the GT comes with the larger engine and all the options for $39,995. 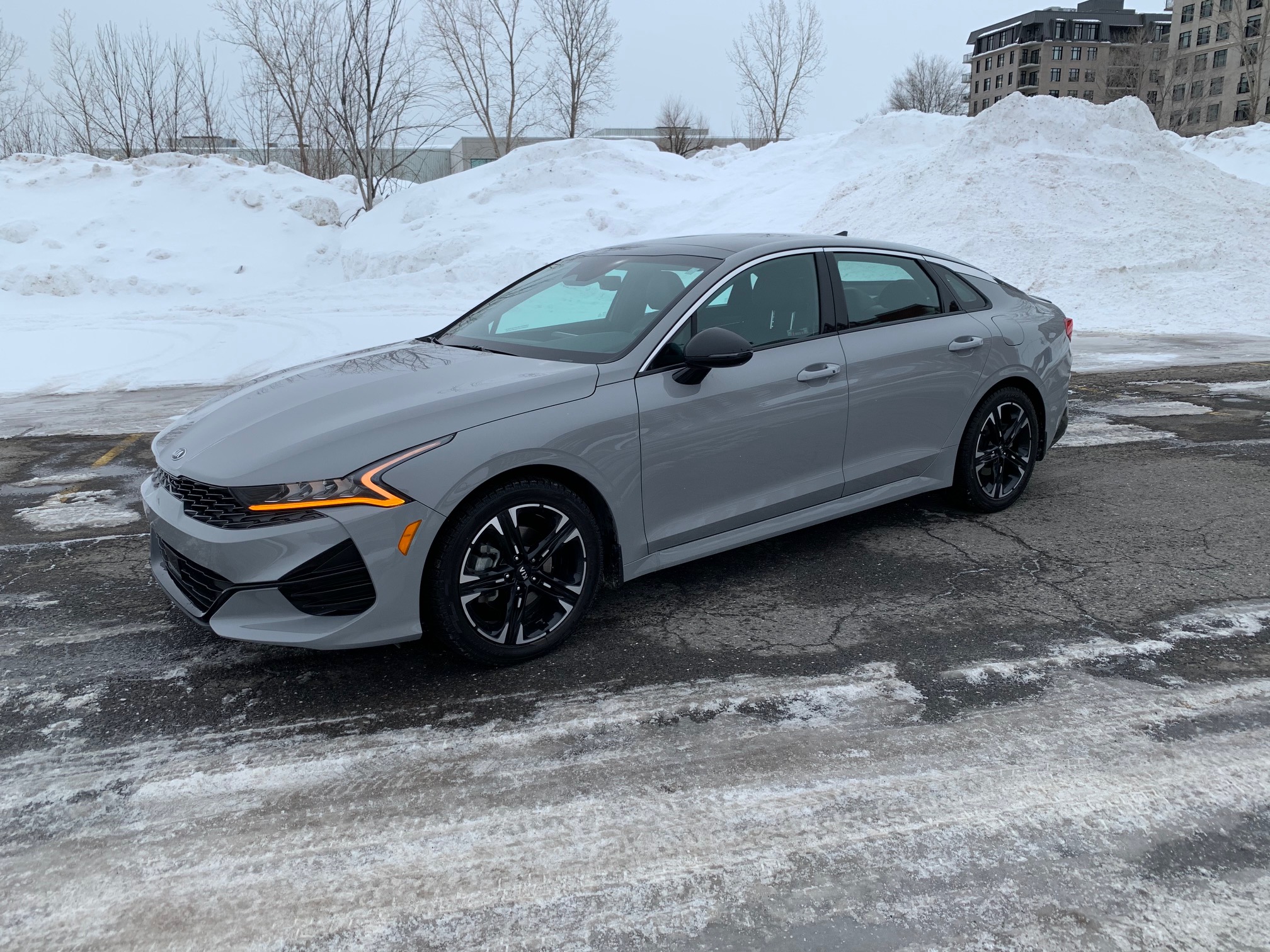 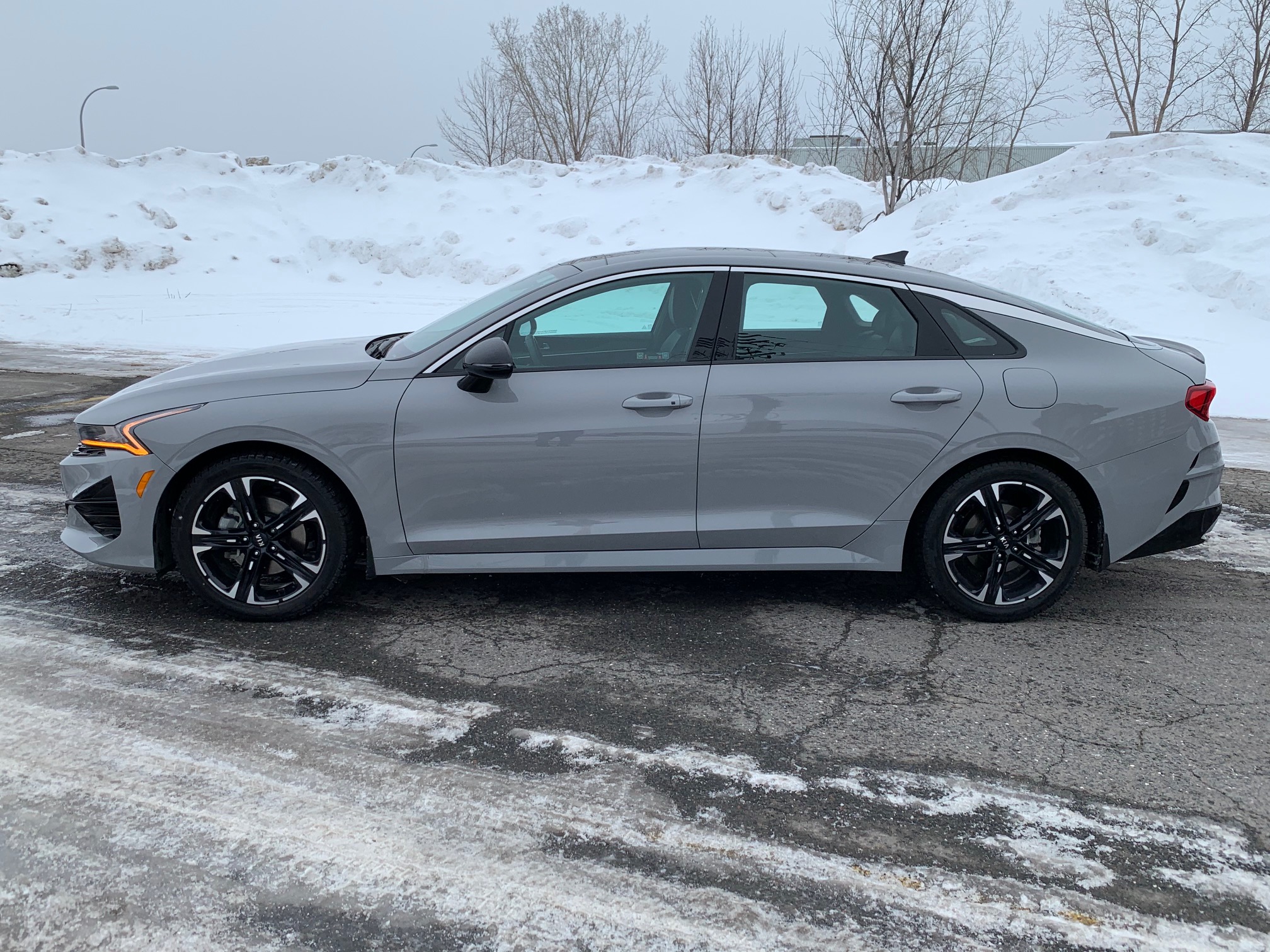 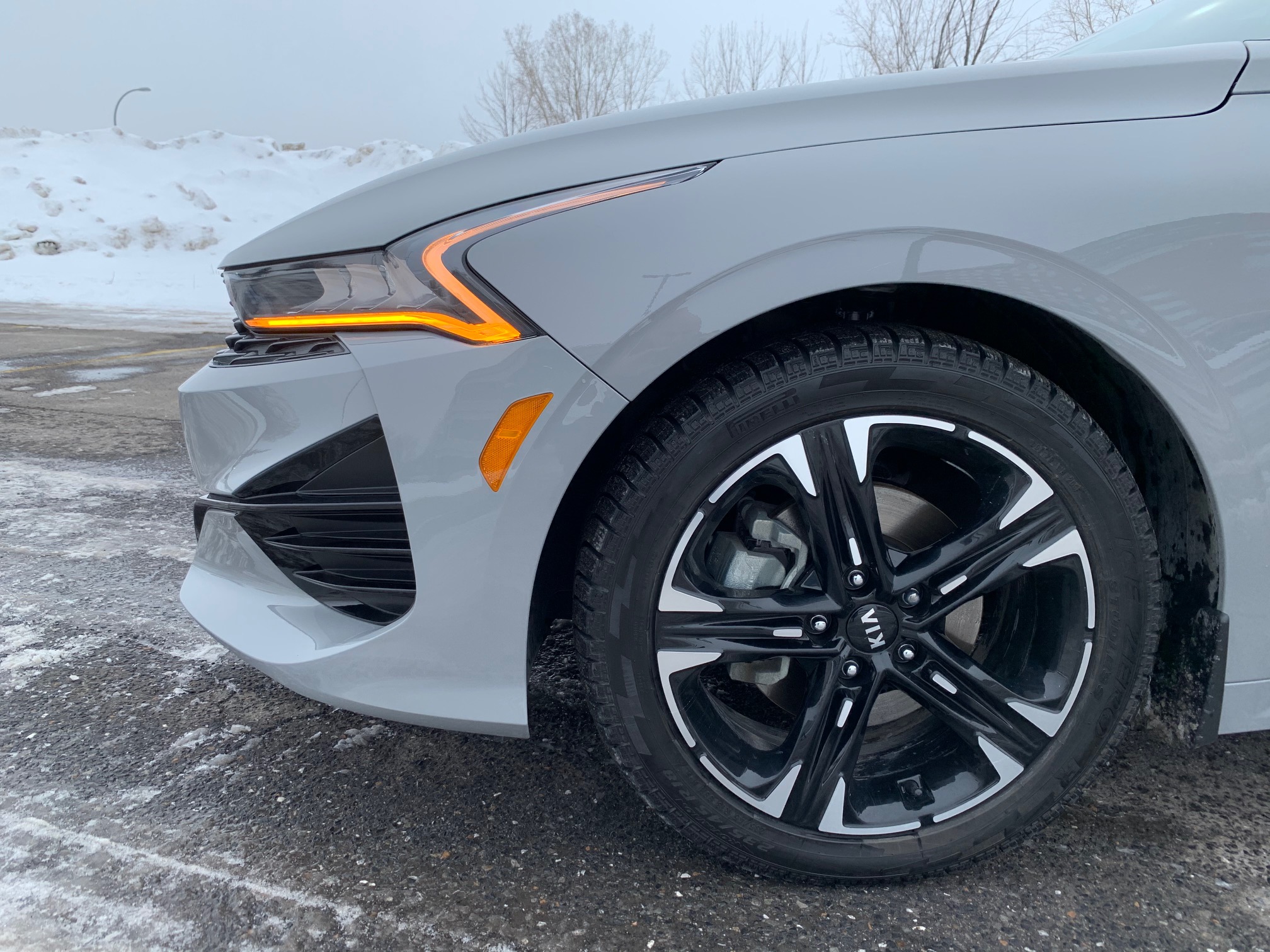 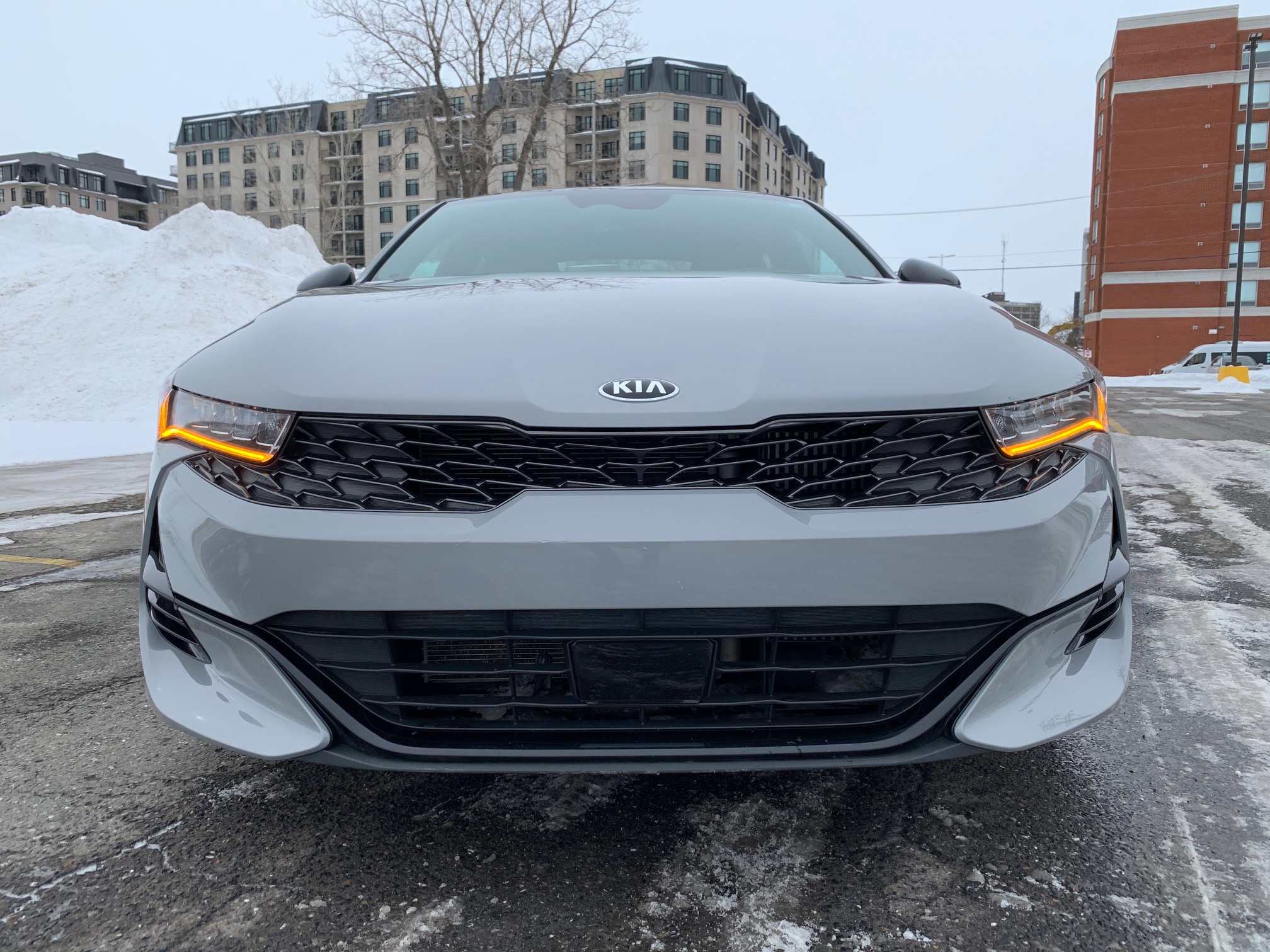 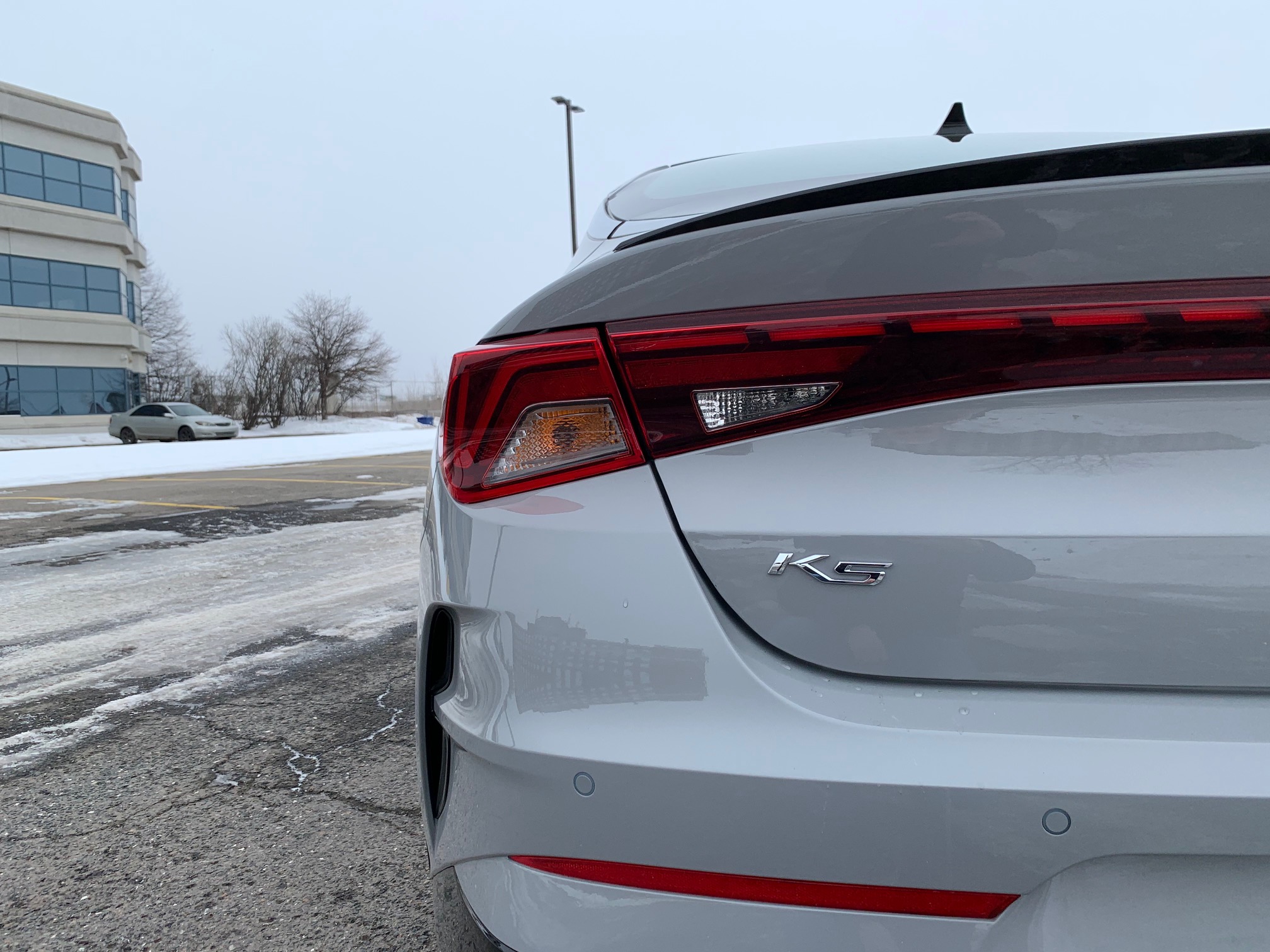 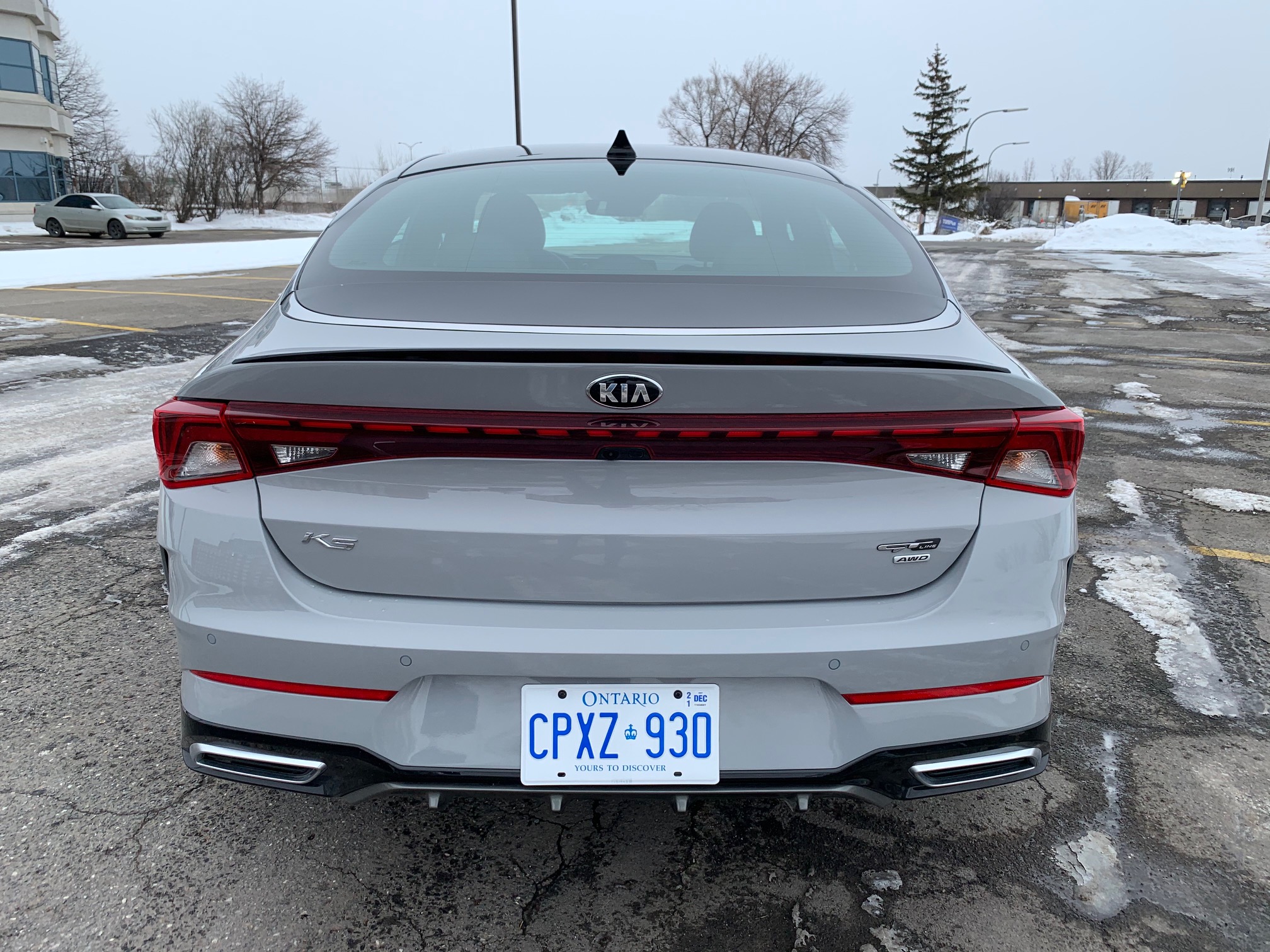 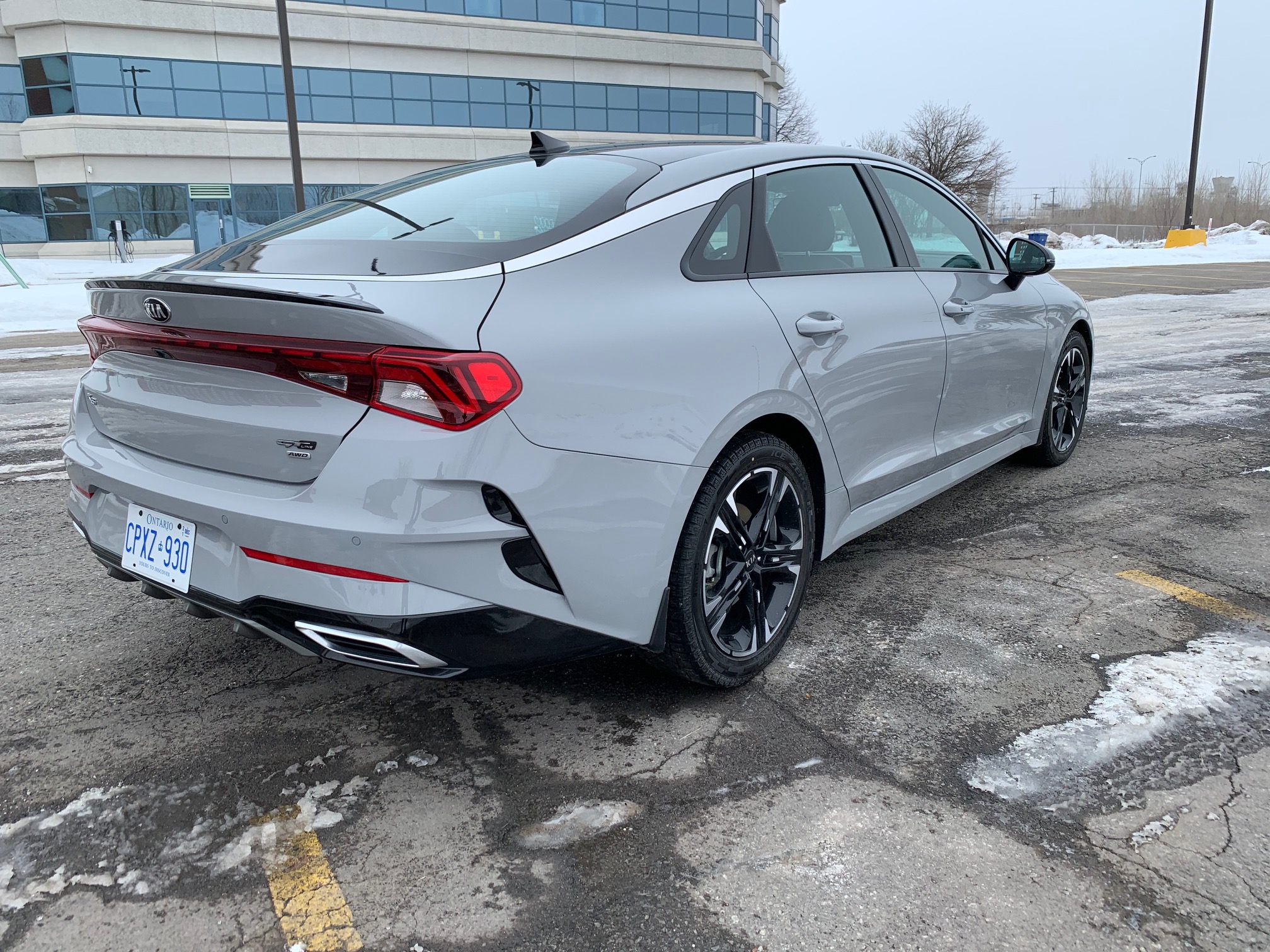 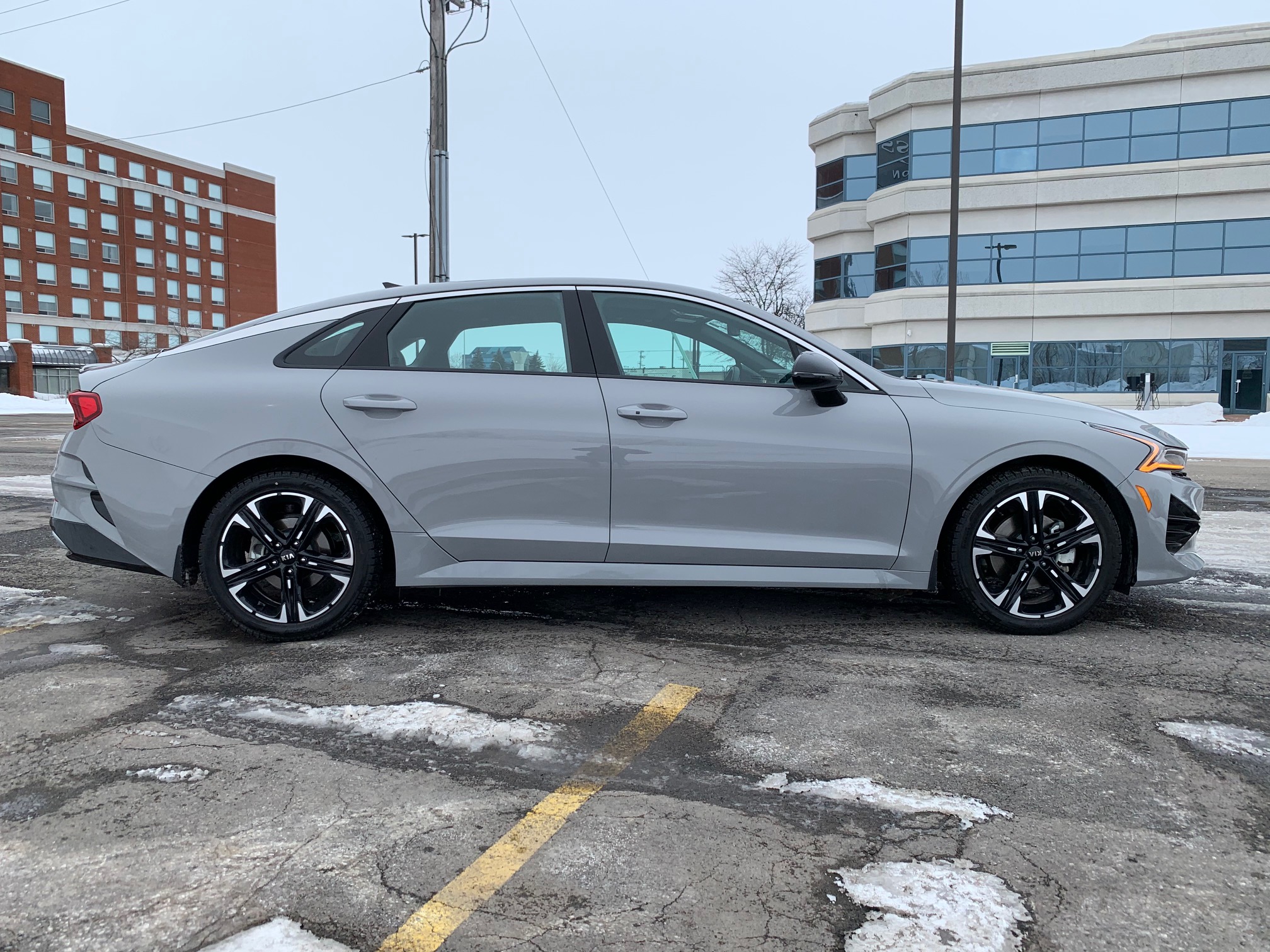 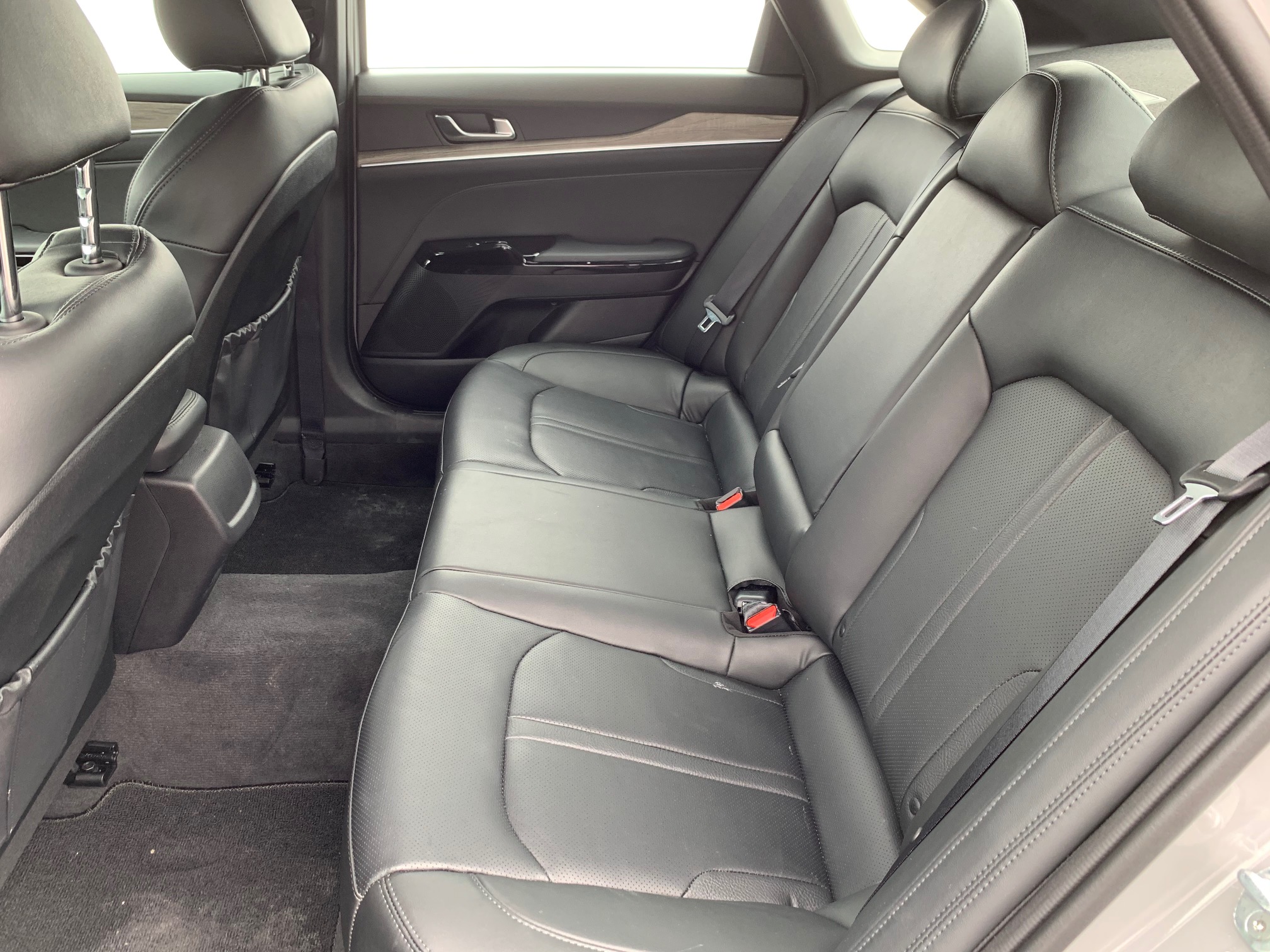 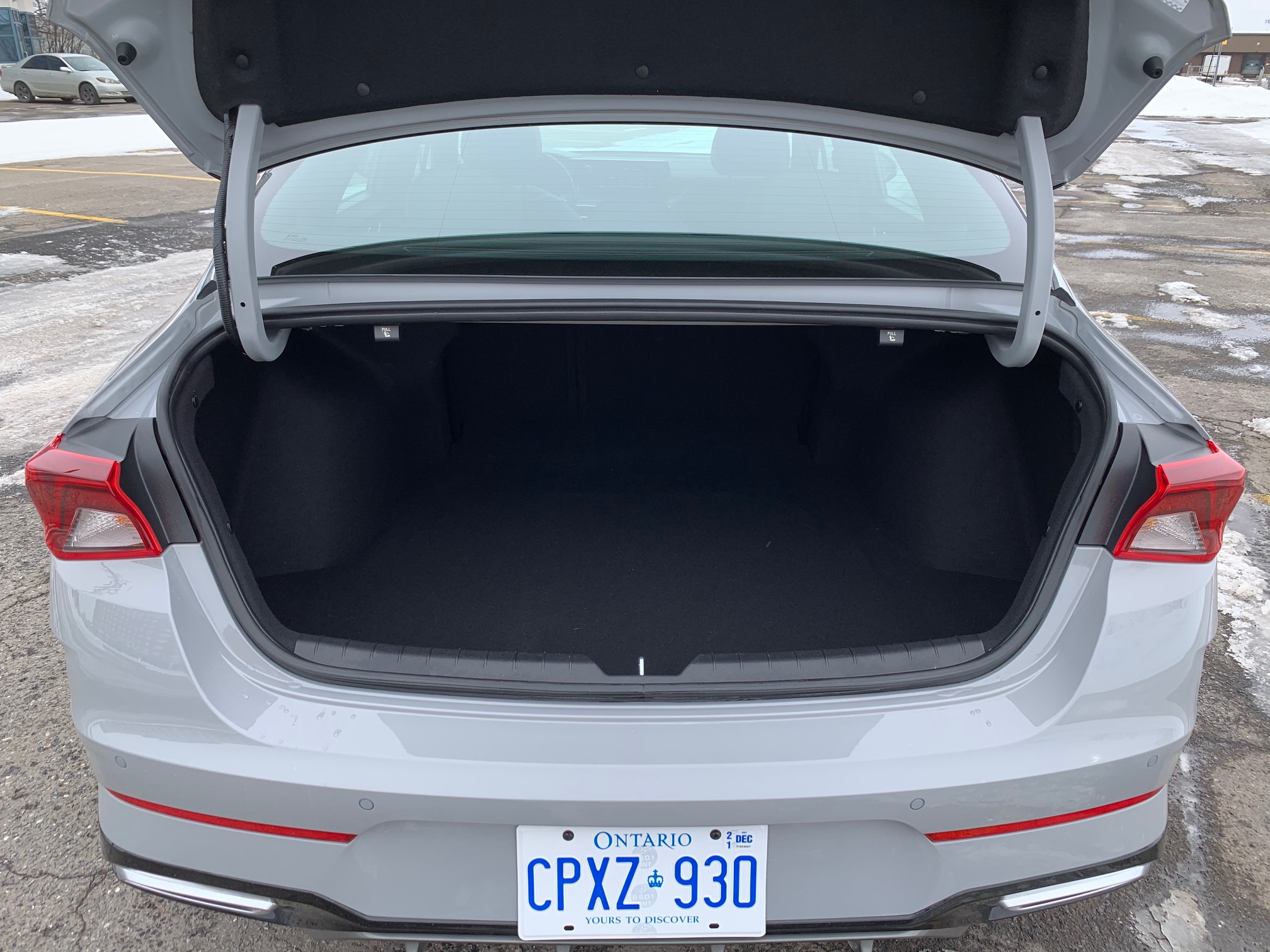 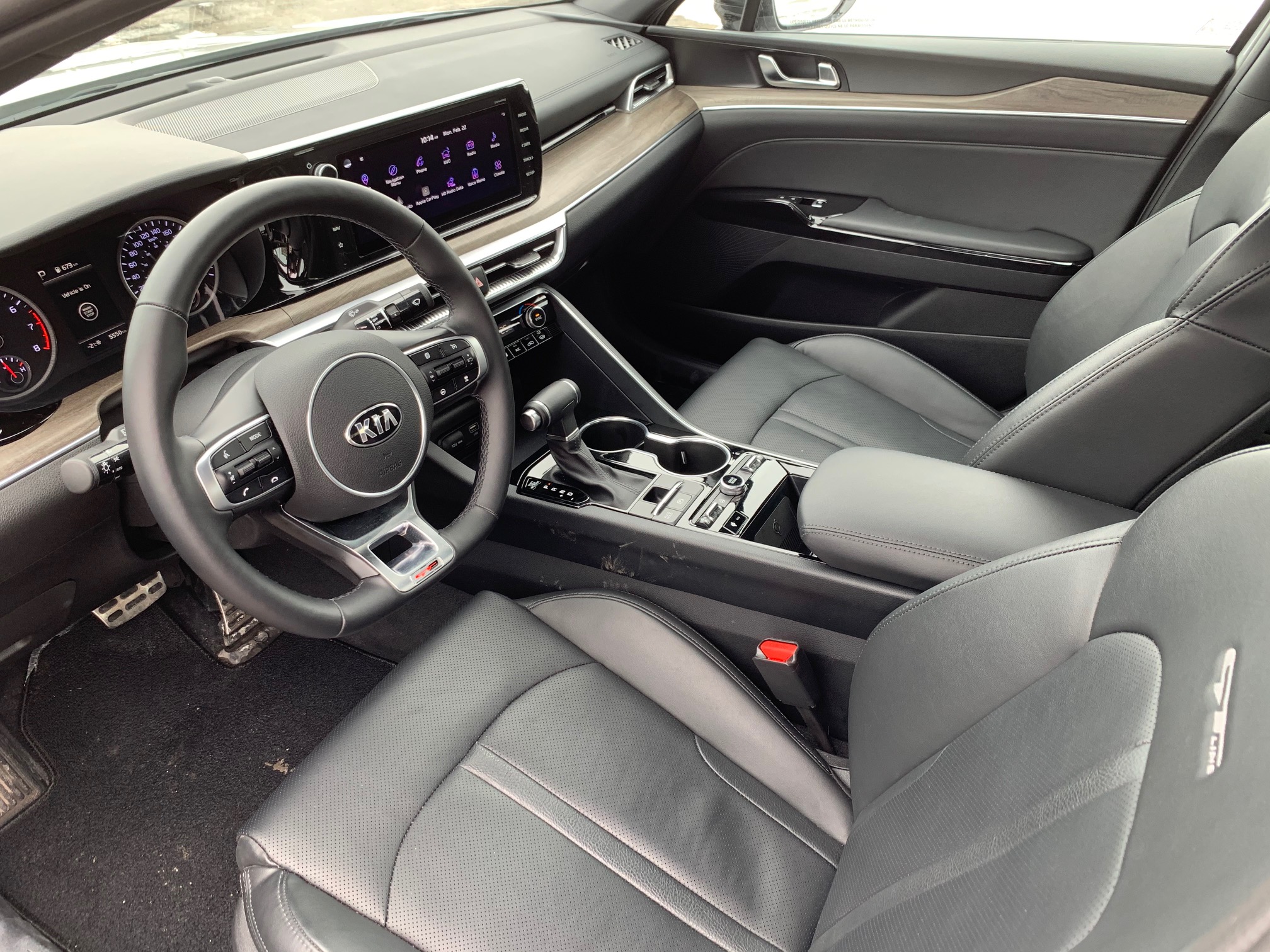 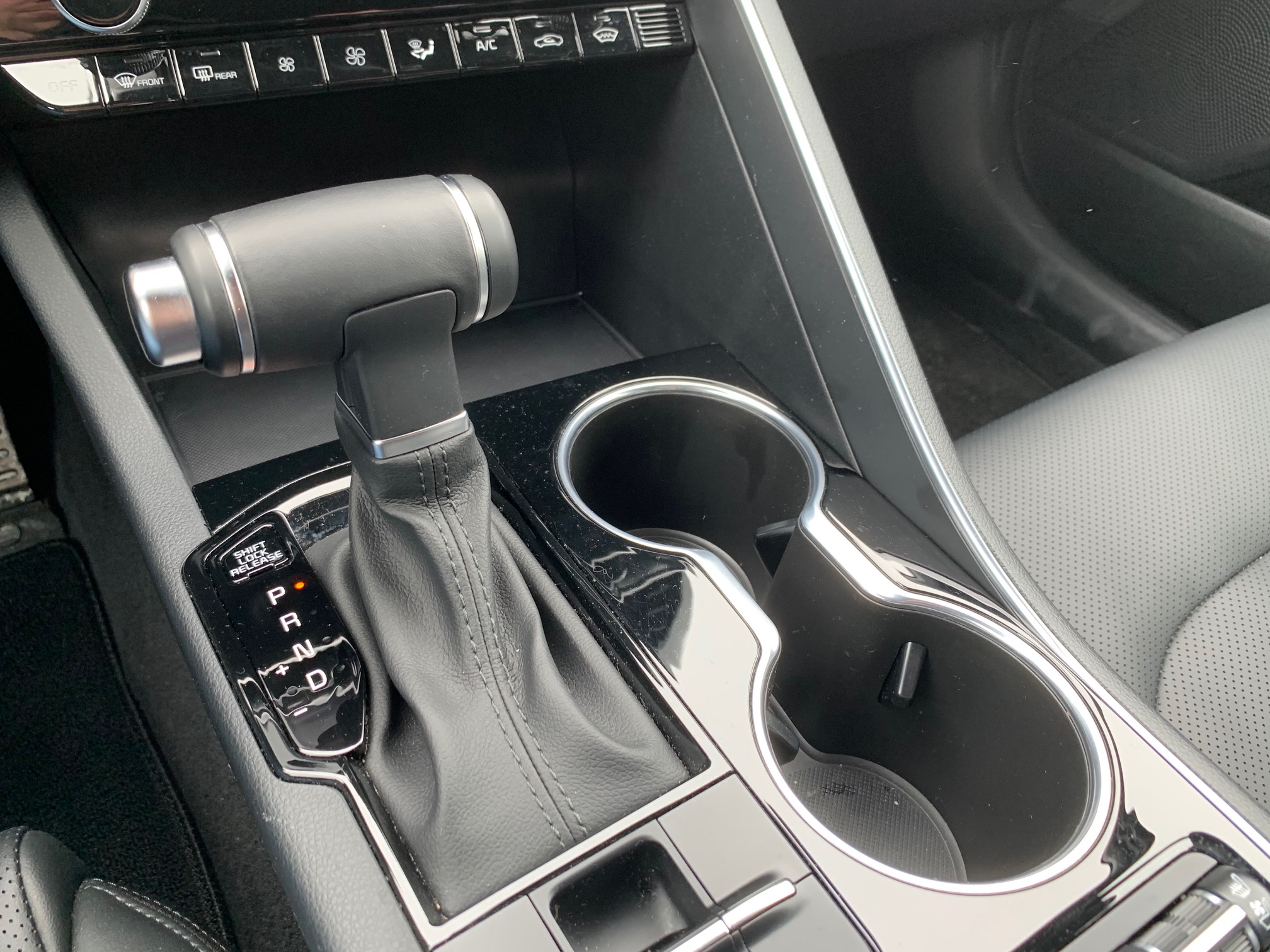 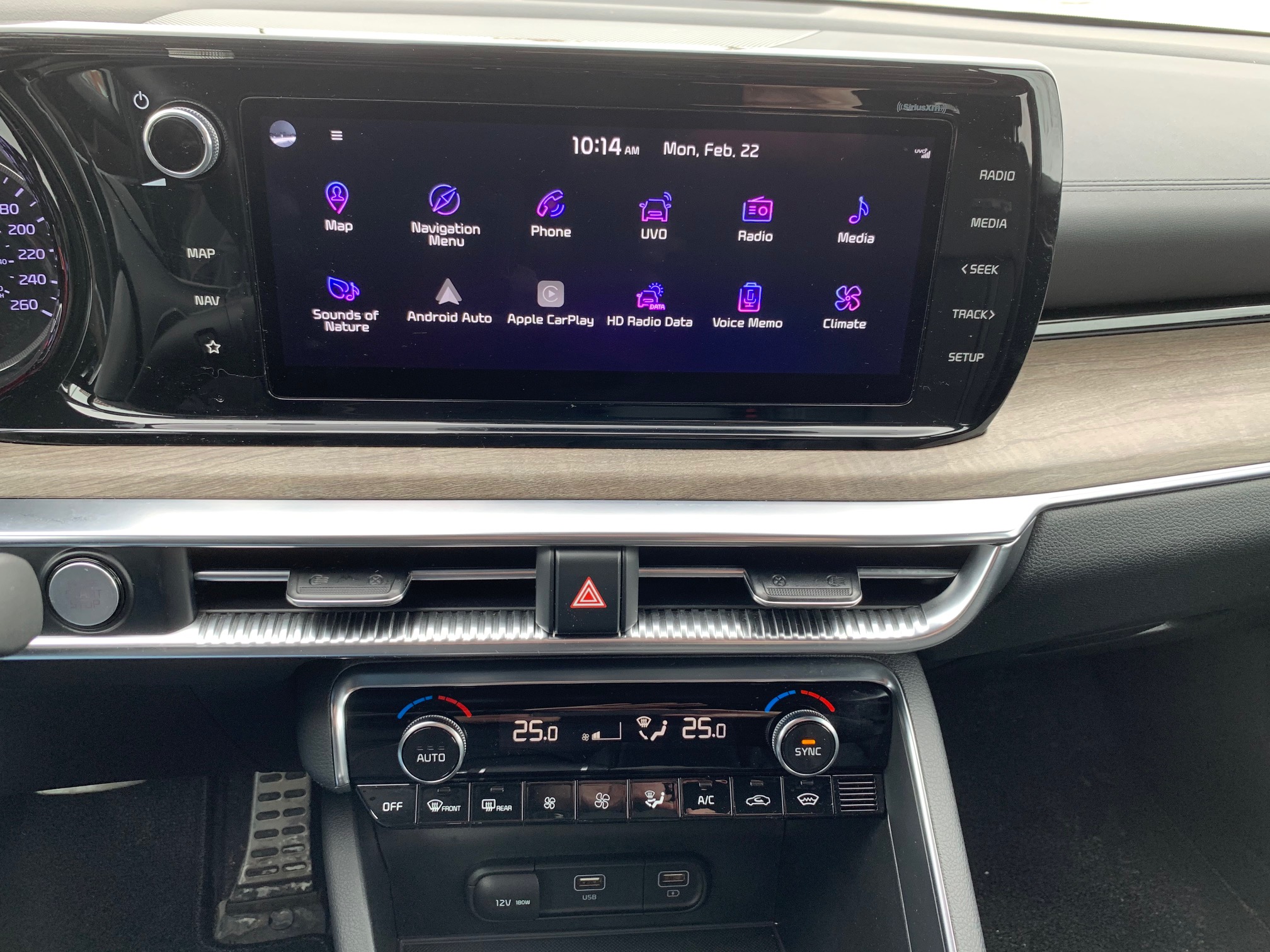 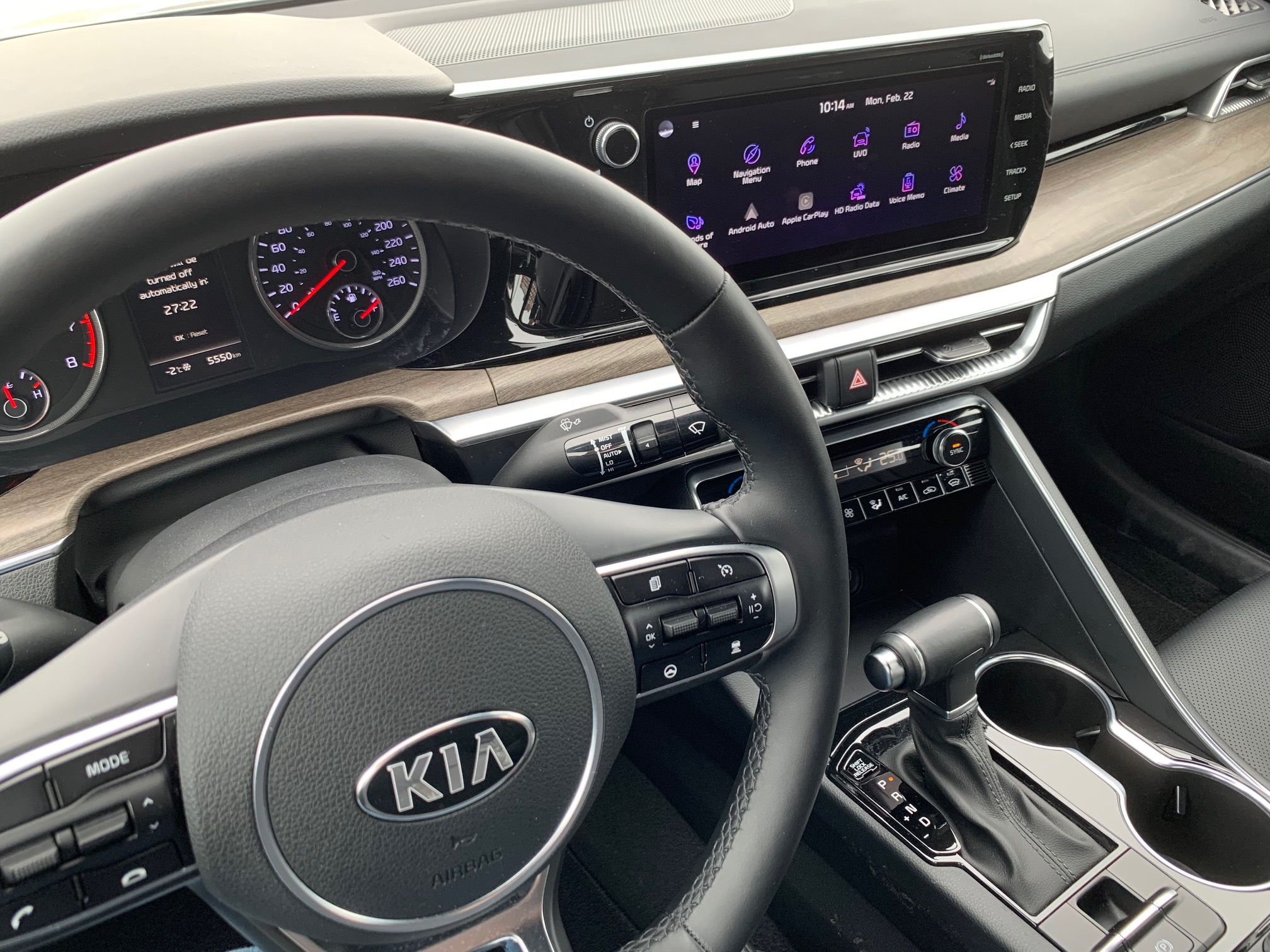