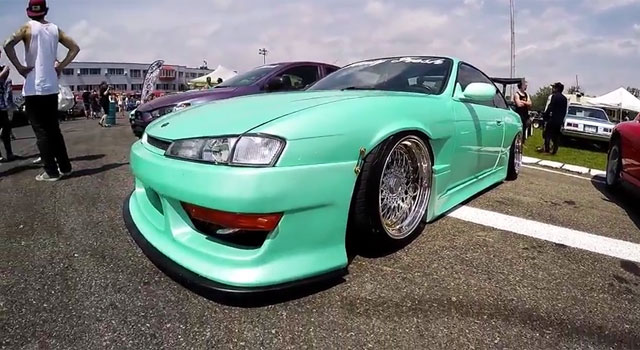 Thousands of people descended on Autodrome St-Eustache Saturday for the 2nd edition of the Paul Walker Memorial Ride. Walker was killed in a car crash in December 2013 and the event is a tribute to his role in the Fast & Furious movie franchise which spurned a generation of car enthusiasts. A portion of the proceeds also go to Reach Out Worldwide, a charity Walker was heavily involved in.

The forecast was for heavy thunderstorms all day which likely reduced attendance somewhat. The rain held off until about 5PM and which point the event had to be called off.

There were many posts on social media about the heavy Police presence in the city of St-Eustache where the track is located but this should have been expected given how many vehicles were present last year.

For more information you can visit the event page here:

The company Qc Production Hero posted this video of the event on YuoTube. It gives a good sense of what the event was like this year.

Couple Who Got Engaged At Autodrome St-Eustache Now Married.