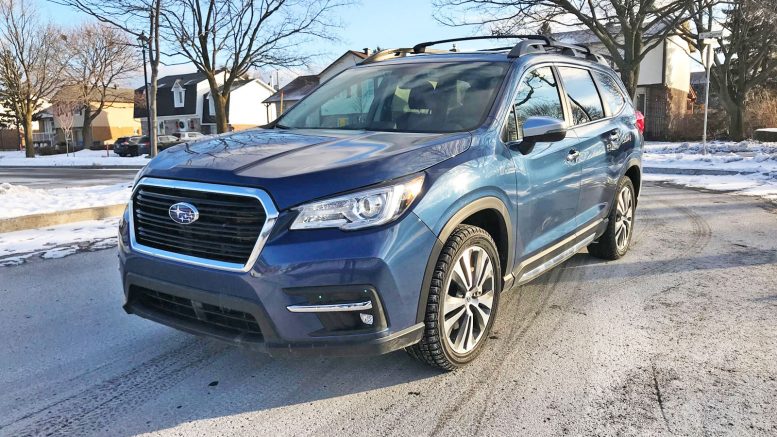 As sport utility vehicles go, the new Subaru Ascent is the real deal. Not that Subaru didn’t have any SUVs prior to the Ascent (much of its entire lineup consists of them) but this is a real three-row SUV that will go up against industry stalwarts like the Nissan Pathfinder, Toyota Highlander and Honda Pilot.

Prior to the Ascent, Subaru had the Tribeca which was a bit of an odd-looking thing. It got more palatable as the years went on but didn’t really have the same attitude, was too small and didn’t even look like the rest of the rugged vehicles the brand markets. The new Ascent has none of those issues.

As a father of three young boys who has previously owned a minivan, the thought of being able to replace it with an SUV is alluring. Many people seem to have a negative view toward the traditional family hauler so a seven passenger SUV is just the ticket back to suburban coolness. I’ve driven all three of the competitors mentioned above so I was very interested to see how the Ascent would stack up to them. 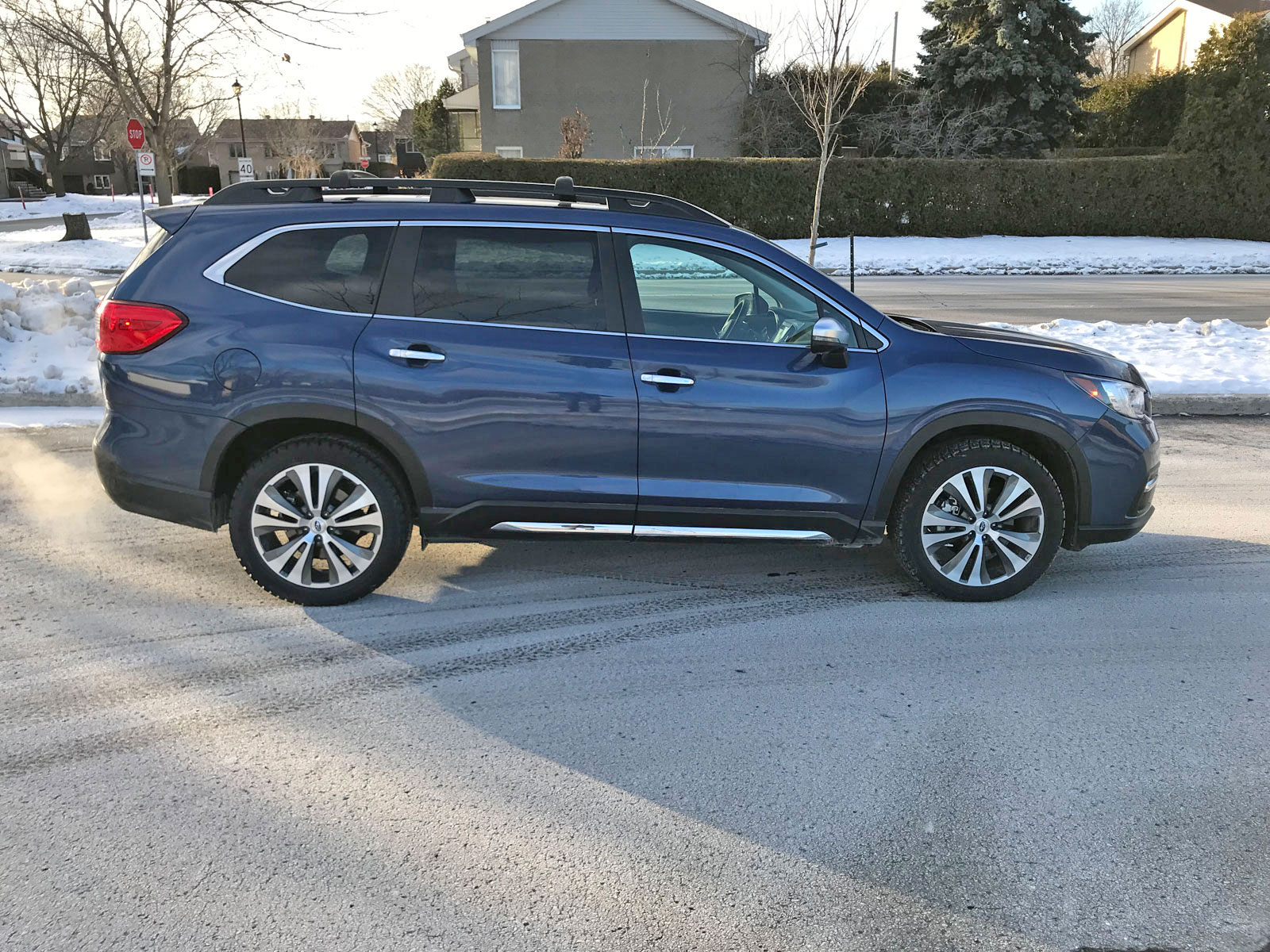 Like the other utility vehicles offered by Subaru, ground clearance will not be an issue. There is 8.7 inches of it and the engineers have made it so you don’t have a huge step up to get into the cabin. This is handy for those outdoorsy types who plan to take the vehicle off the main road and up a ski hill or to the cottage. Standard adjustable roof rails mean you can strap on a bunch of stuff like kayaks, canoes or ski equipment very easily. If that wasn’t enough, the Ascent can tow up to 5000 pounds which was previously unavailable as a convenience in any other Subaru.

The interior of the Ascent departs from the dull interiors the brand used to offer and is a wonderful place to be. The brown leather seats and wood grain trim of the test vehicle made for a decidedly luxurious feel. The dashboard is a pleasure to look at and highly functional at the same time. High praise is warranted here because too often manufacturers have tried to remove too many buttons and features for the minimalist look but this only causes headaches. There are knobs for climate and audio controls which is what every vehicle should have. A traditional gear shifter is also a breath of fresh air compared to some of the contraptions I’ve seen of late.

The interior can be configured to seat either seven or eight (!) passengers. It’ll be easier to access the third row with the seven-seater option that has captain’s chairs in the middle row. The ease of access was greater than any of the competitors. With one hand you can simply side the seat forward to gain access. 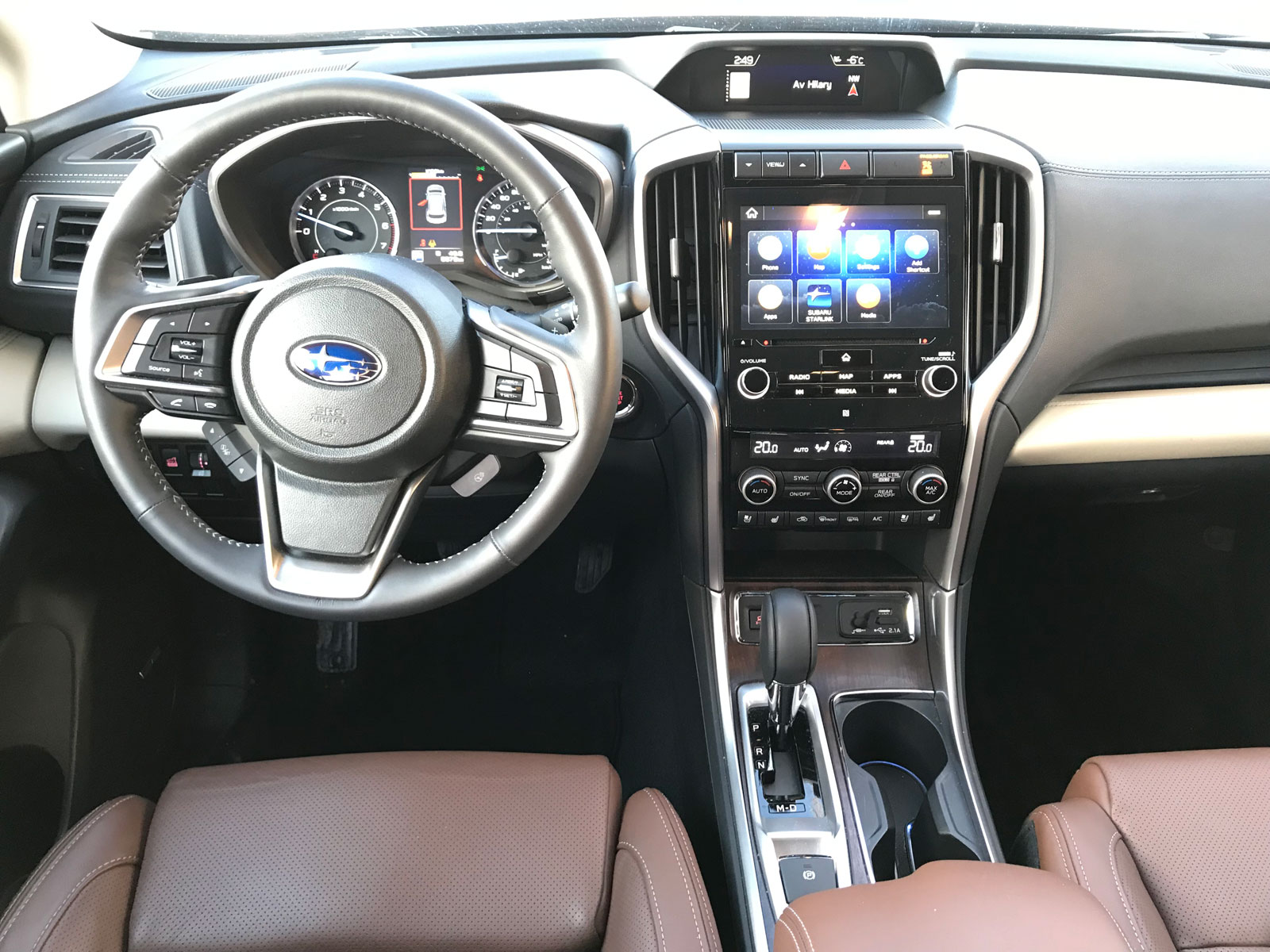 The engine is also all-new and the only one available for this vehicle. It’s a 4-cylinder, 2.4-litre direct injection turbocharged unit making 260 horsepower and 277 pound-feet of torque. The transmission is  continuously variable (CVT) but has a lock-up torque converter, paddle shifters and of course Subaru’s famed symmetrical full-time all-wheel drive system. Power is plentiful and the delivery is smooth – smoother than you’d expect with a CVT.

That X-mode system is nifty for getting out of sticky situations should you actually go off-roading. It optimizes electronic control of the engine, transmission, all wheel drive system, brakes, vehicle dynamics control system at the same time.

For daily driving the Ascent was near perfect. The ride is smooth and firm yet comfortable at the same time. Visibility is good in most areas although the front-end proportions are quite large and in the field of view. Steering and cornering were both quite good.

Two other journalist colleagues expressed to me that the Ascent was their favorite SUV that they have driven. I’m going to be in the same boat and say that I concur. The Pilot’s infotainment system was a mess, the Pathfinder’s interior was antiquated and there was a fun factor missing in the Highlander. The only thing lacking in the Ascent was a rear seat entertainment system. Many parents would rather choose to spend the money on tablets which can be brought anywhere so I get the decision not have one.

You can get into a base model Ascent for a very reasonable $35,995. That’s a great price for an eight-passenger vehicle. The most expensive is the high-end Premier trim is $49,995 which is not all that unreasonable give the features.

While it remains to be seen how the new engine and vehicle perform in terms of reliability, the Ascent is an instant contender in the top-tier of SUVs at its inception. 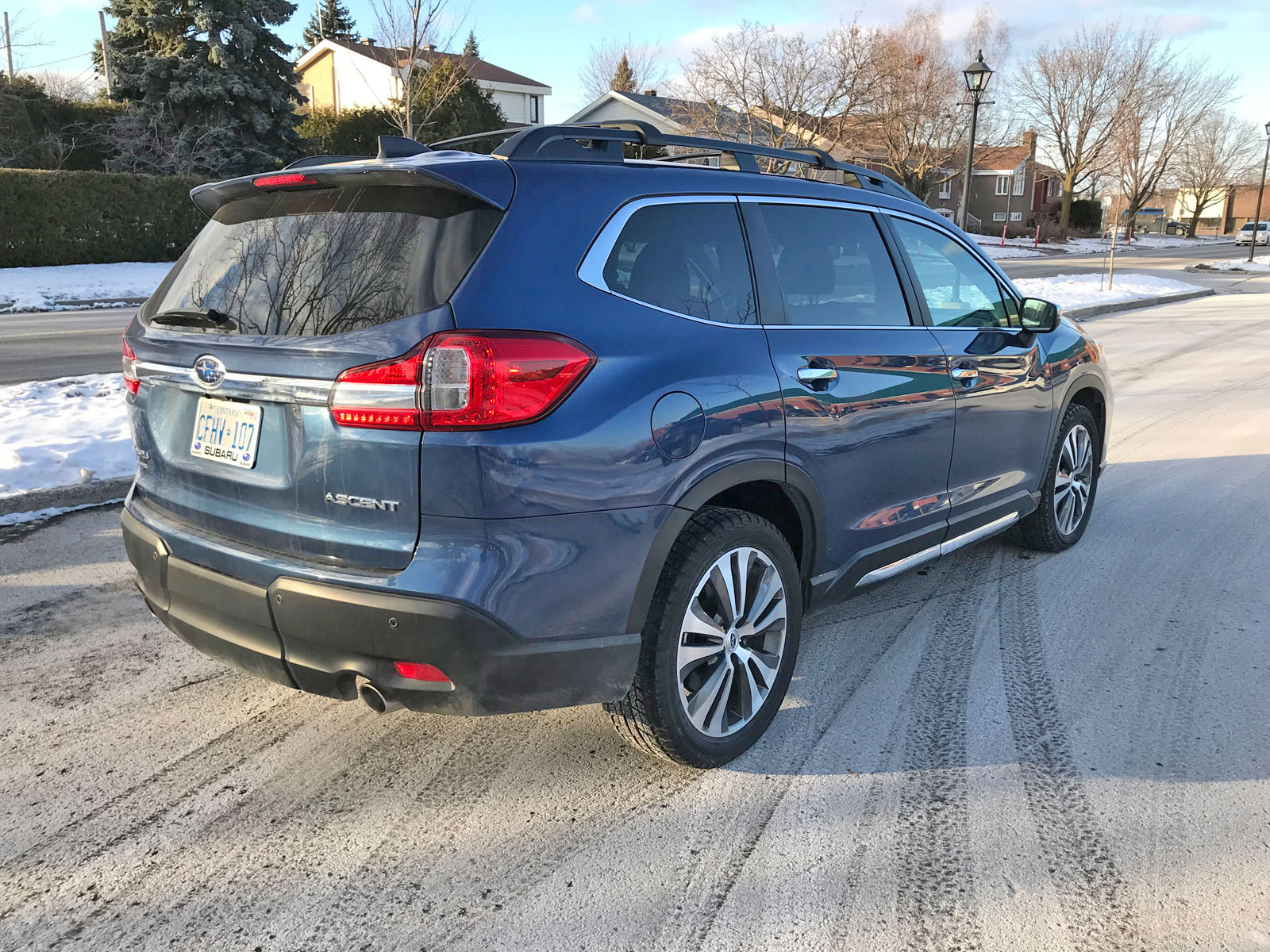 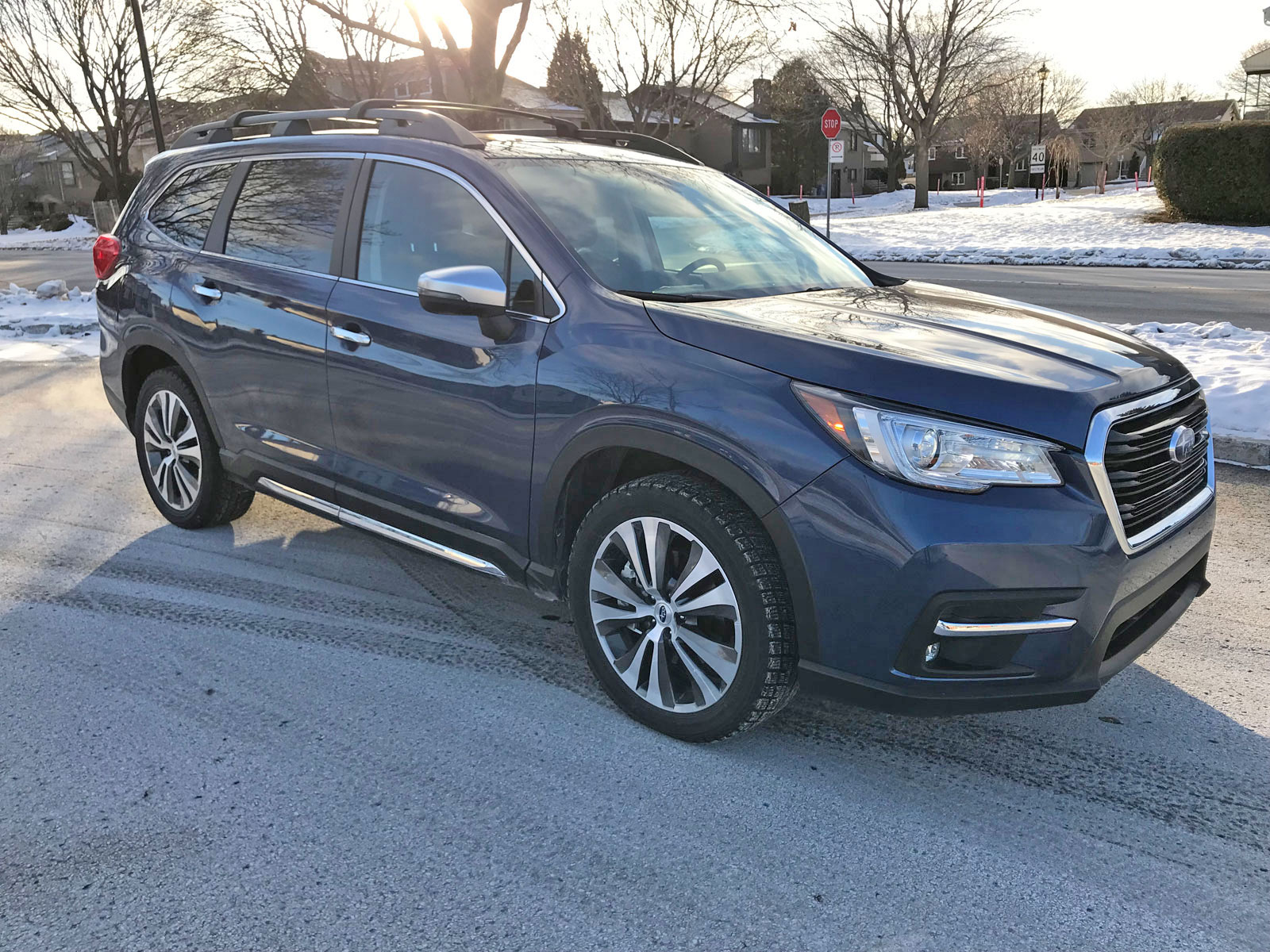 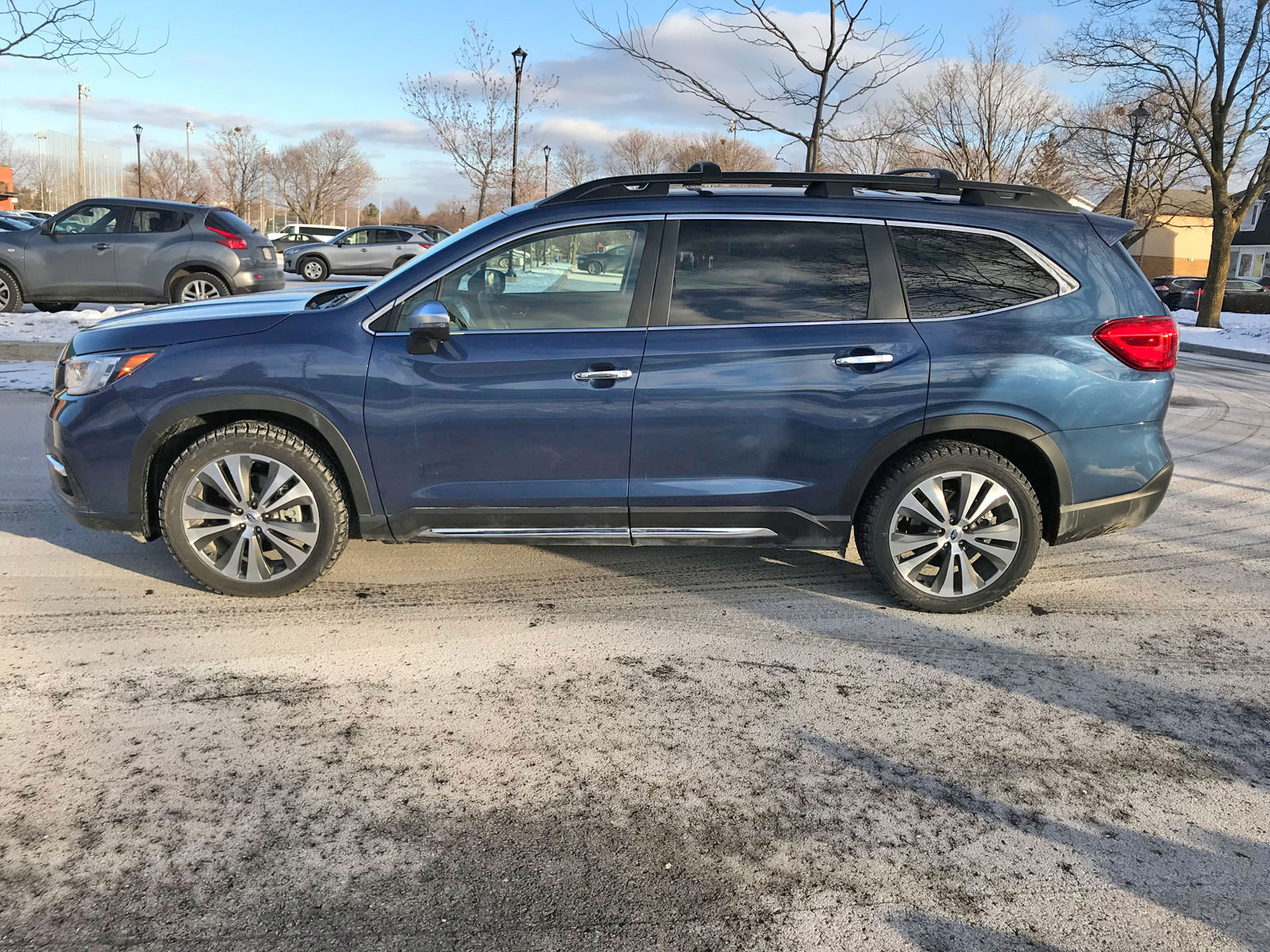 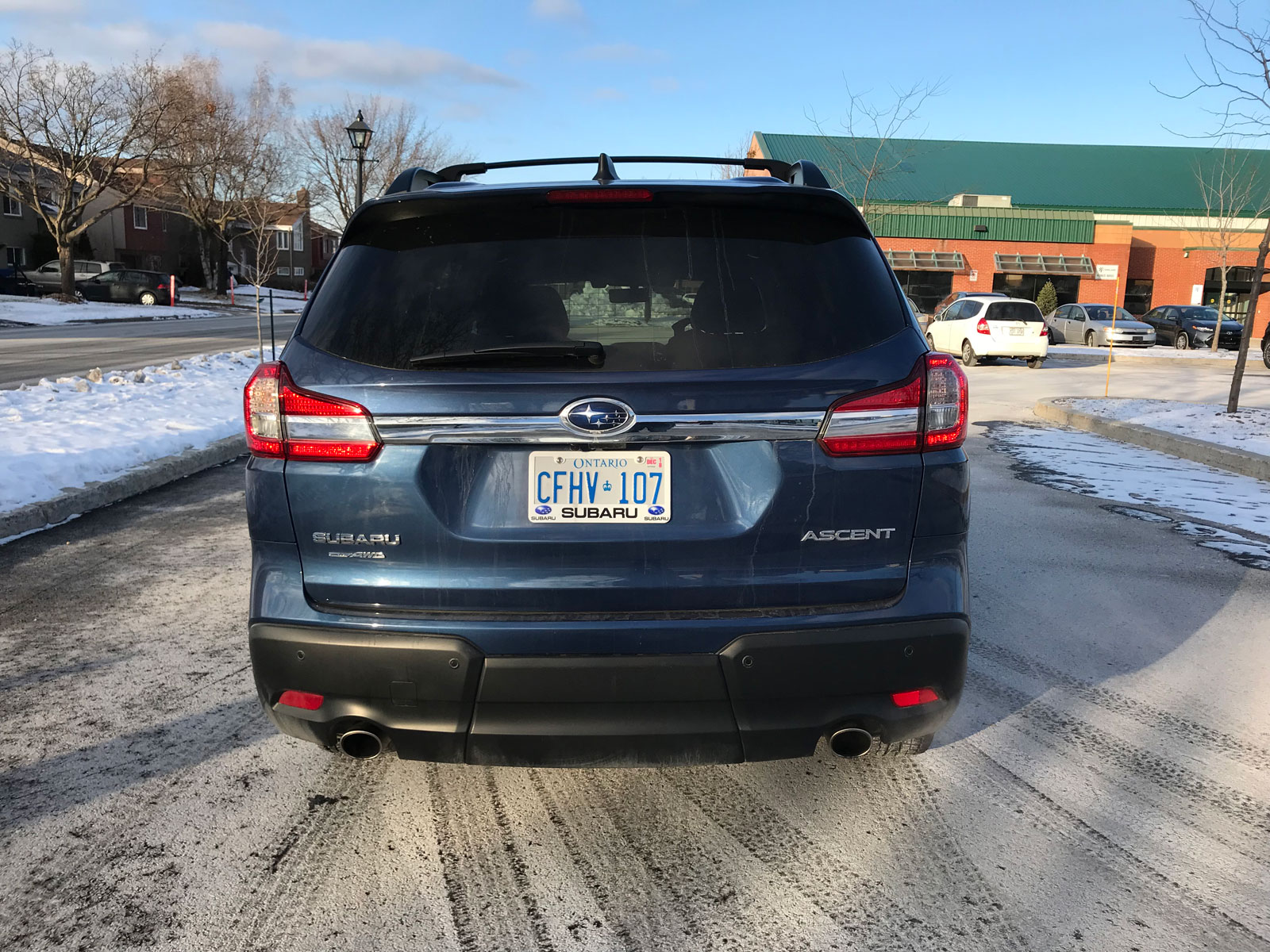 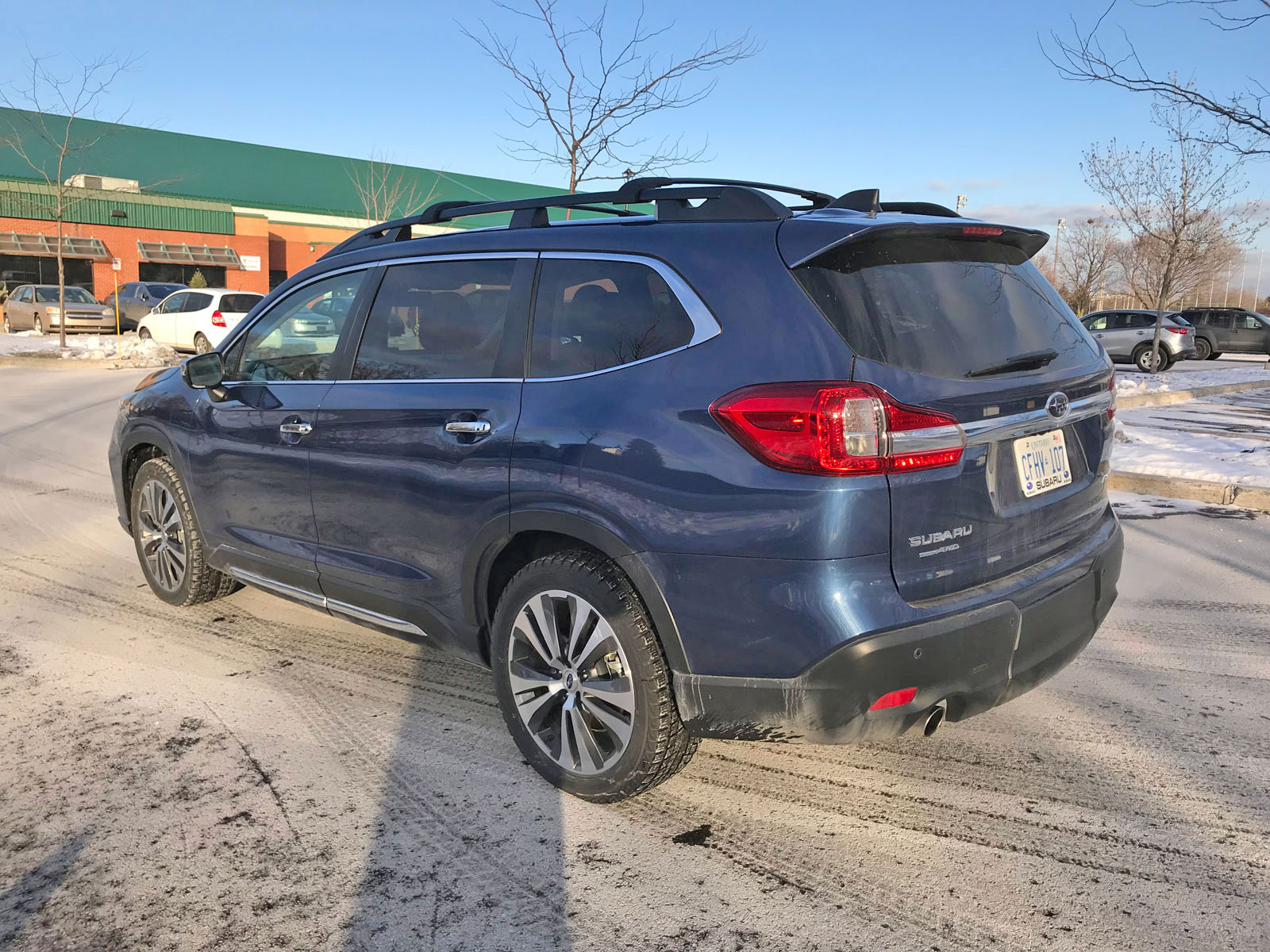 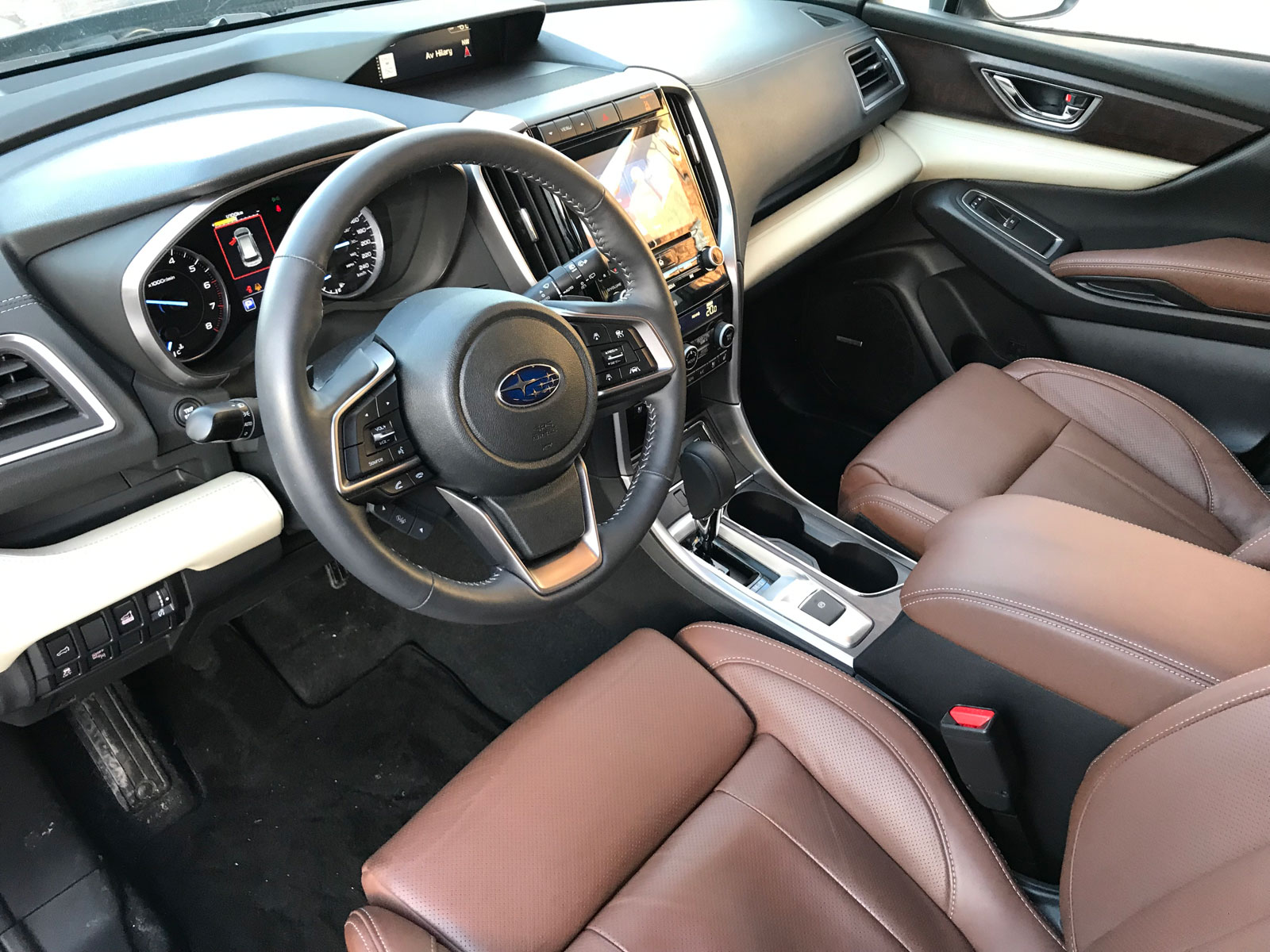 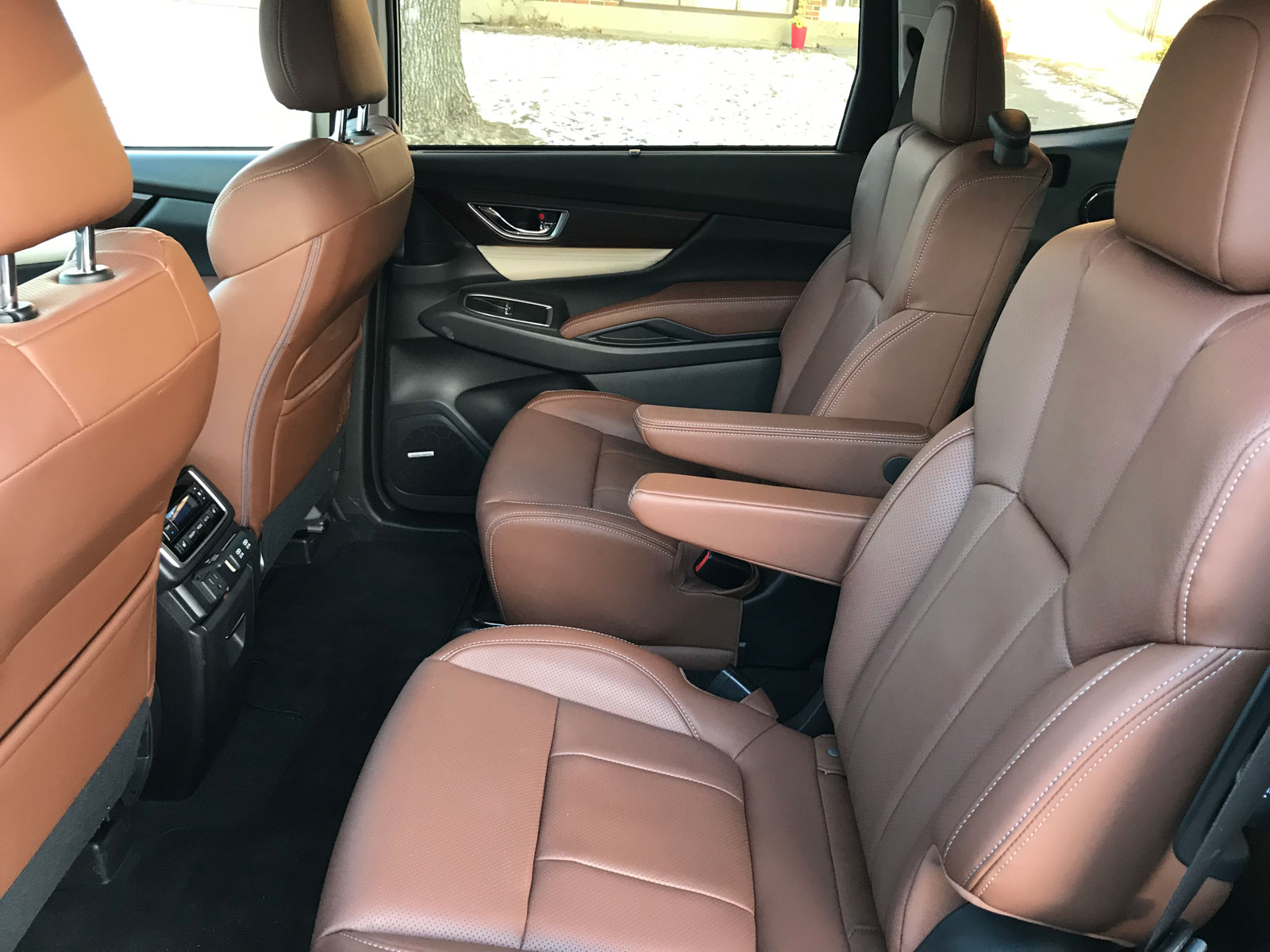 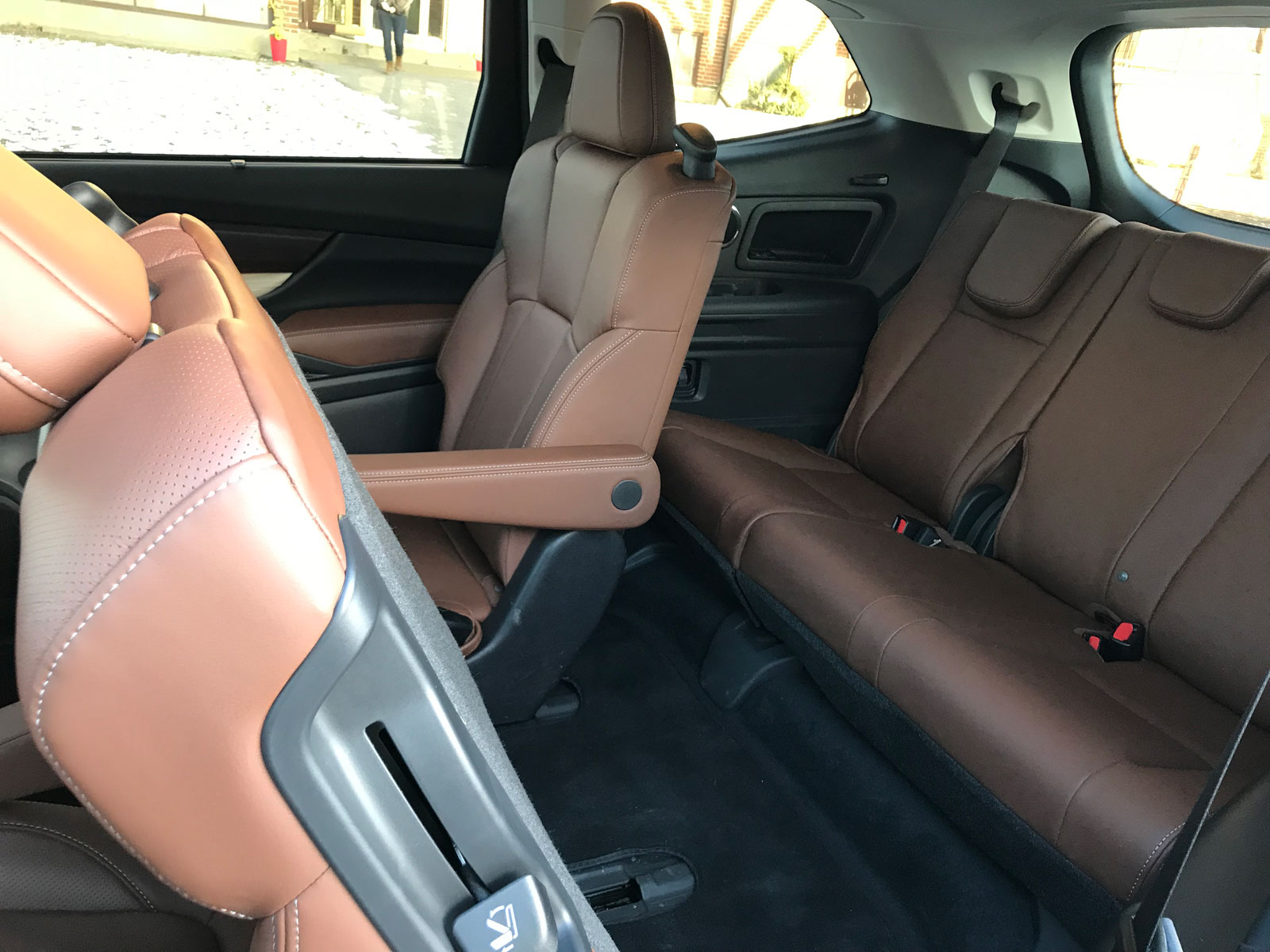 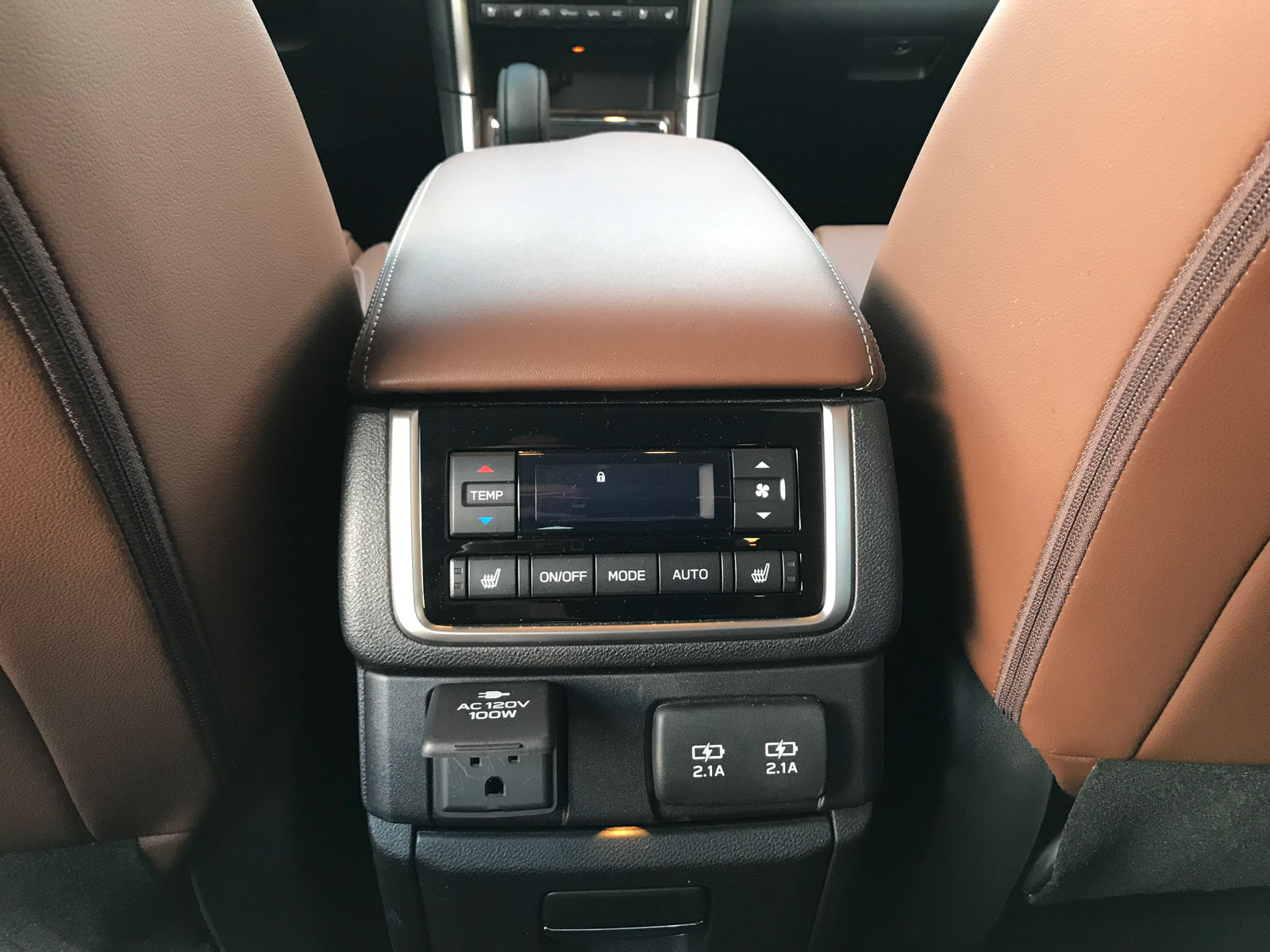 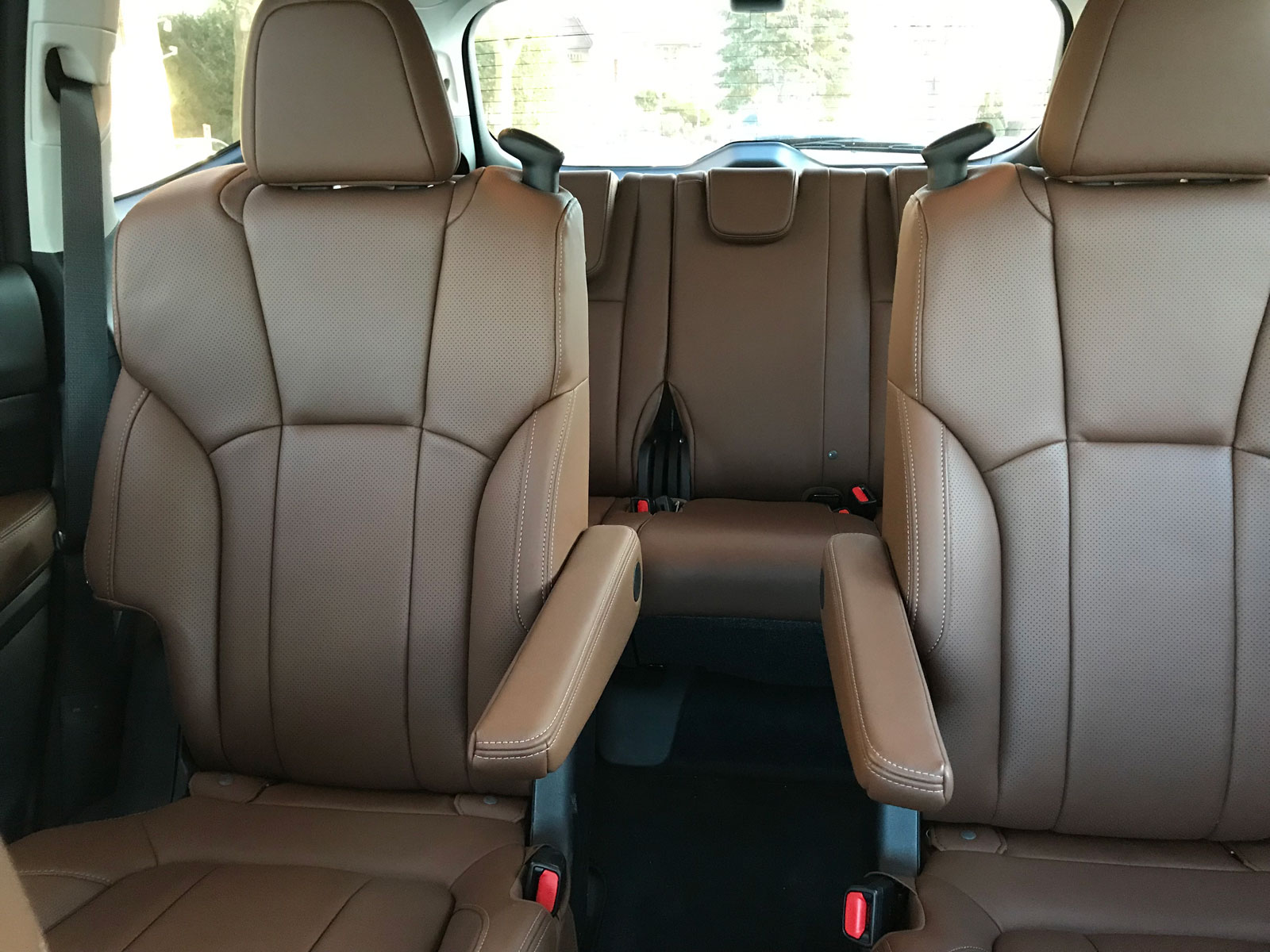 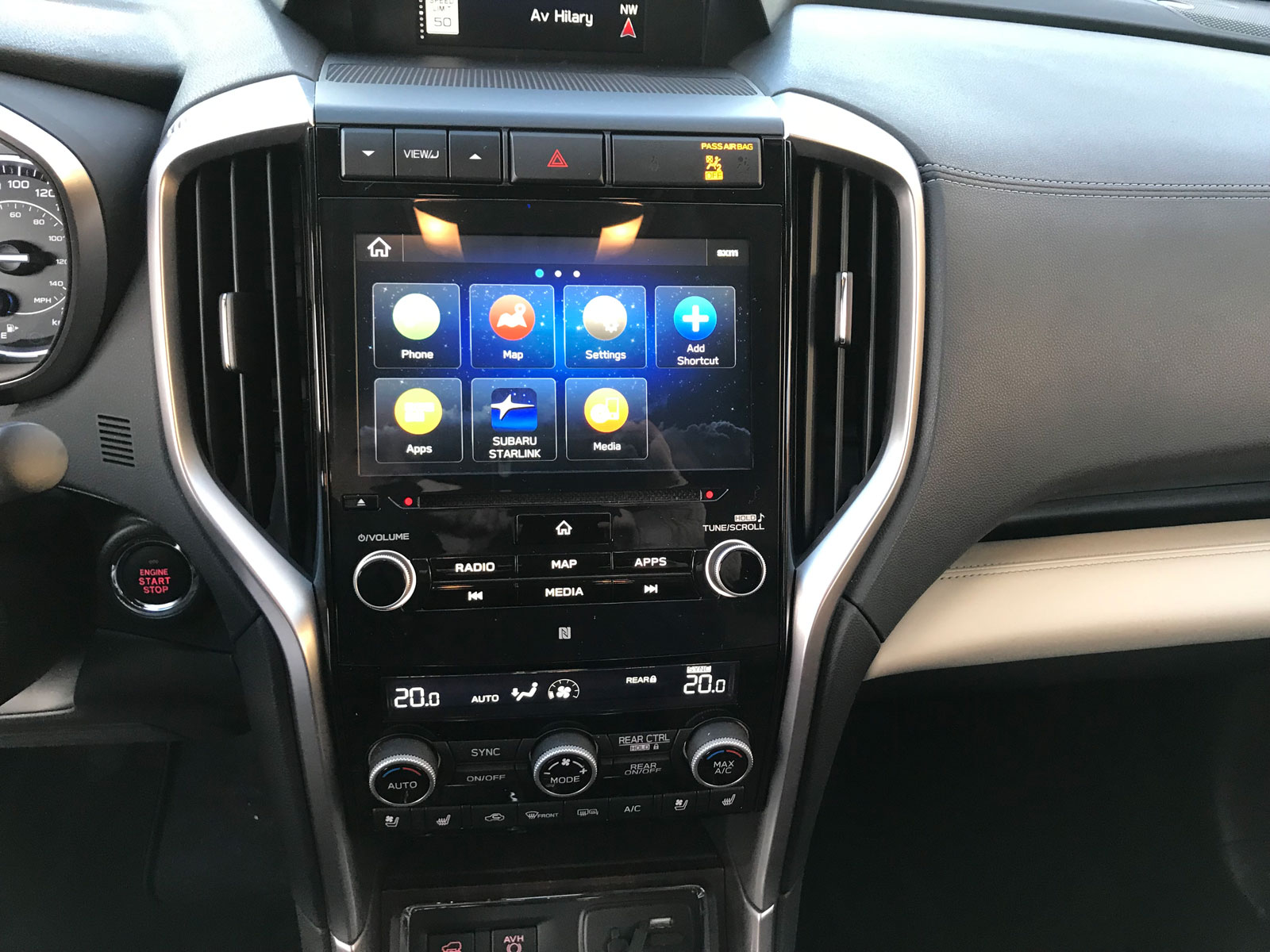 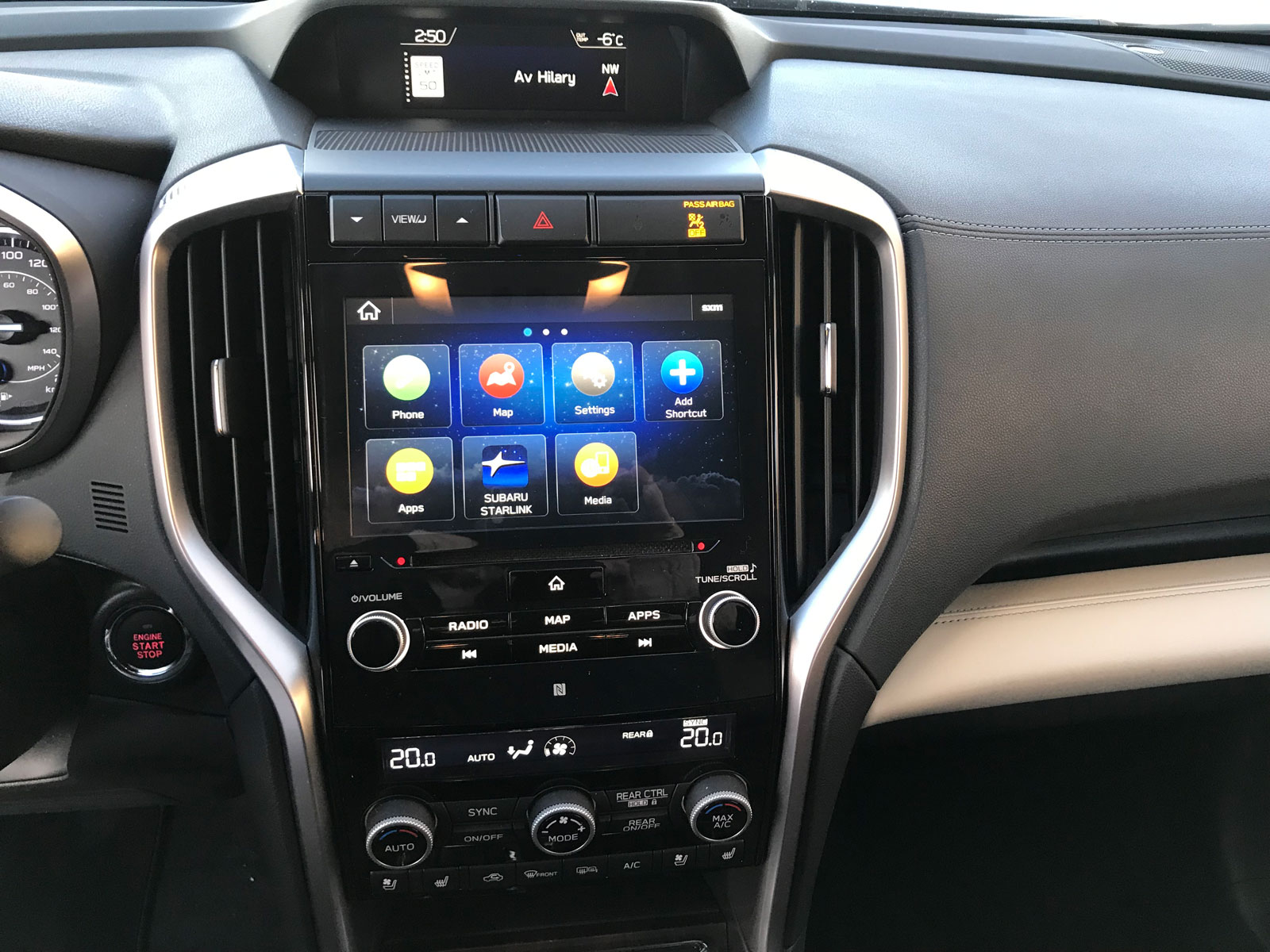 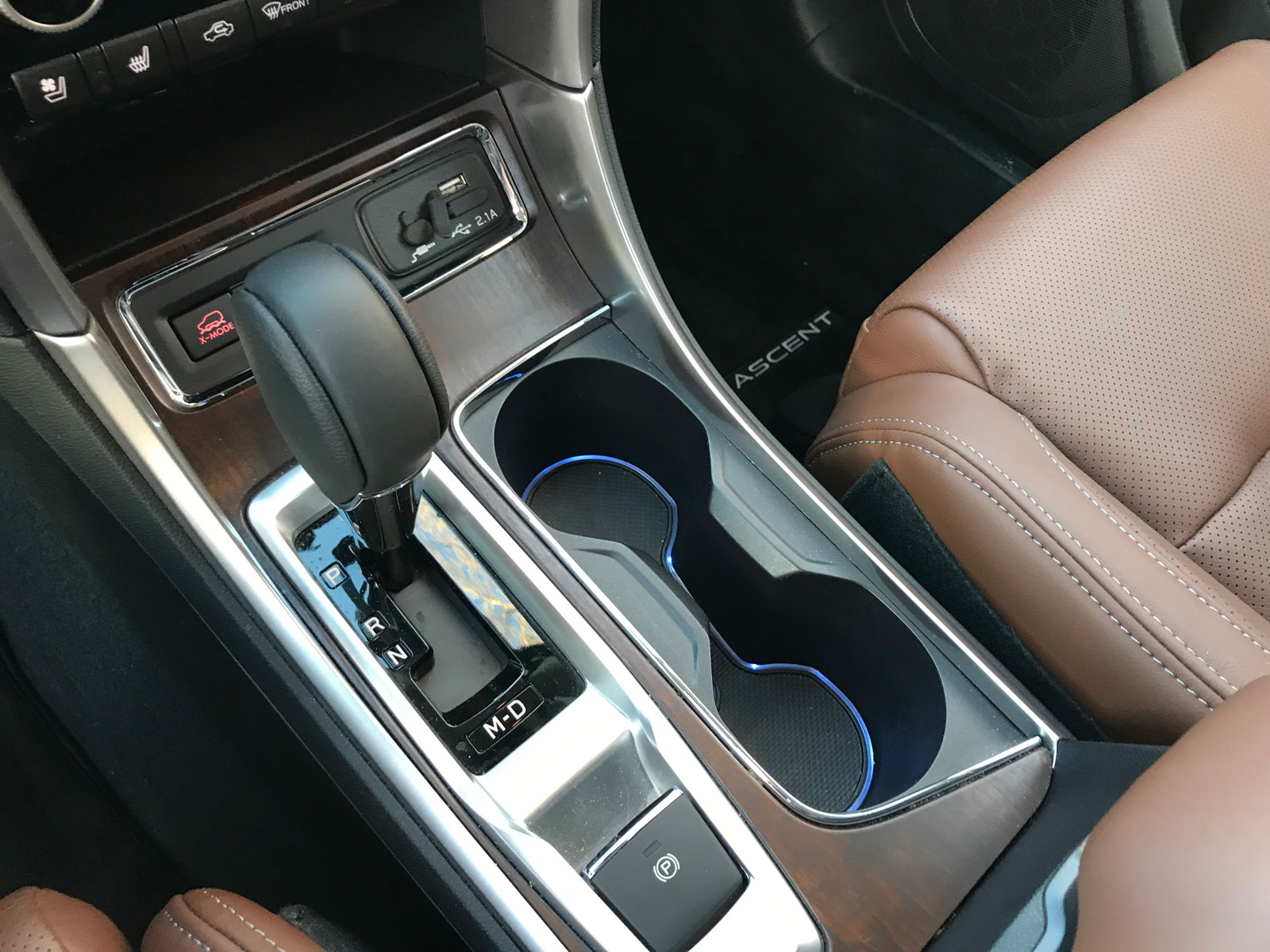 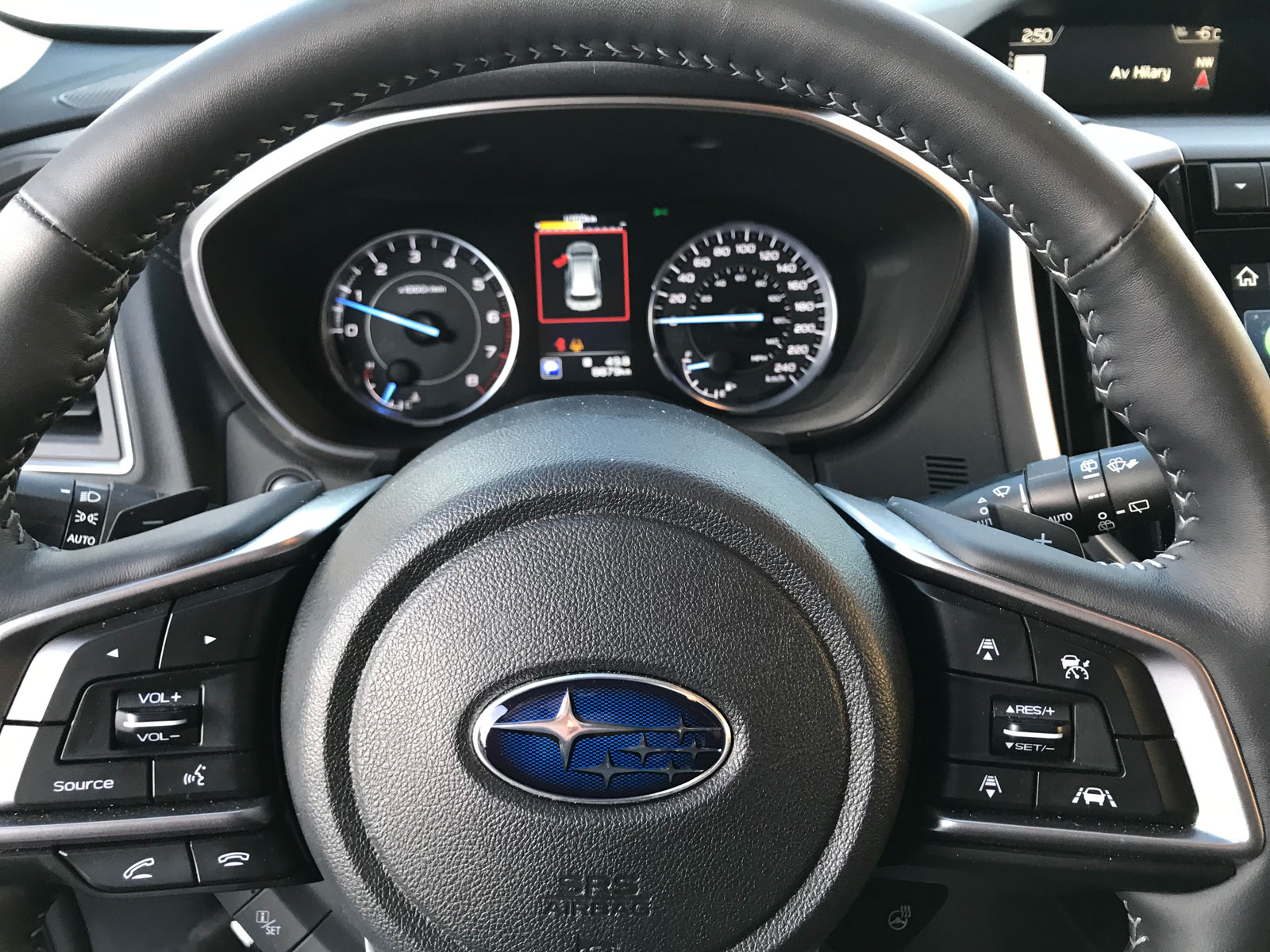 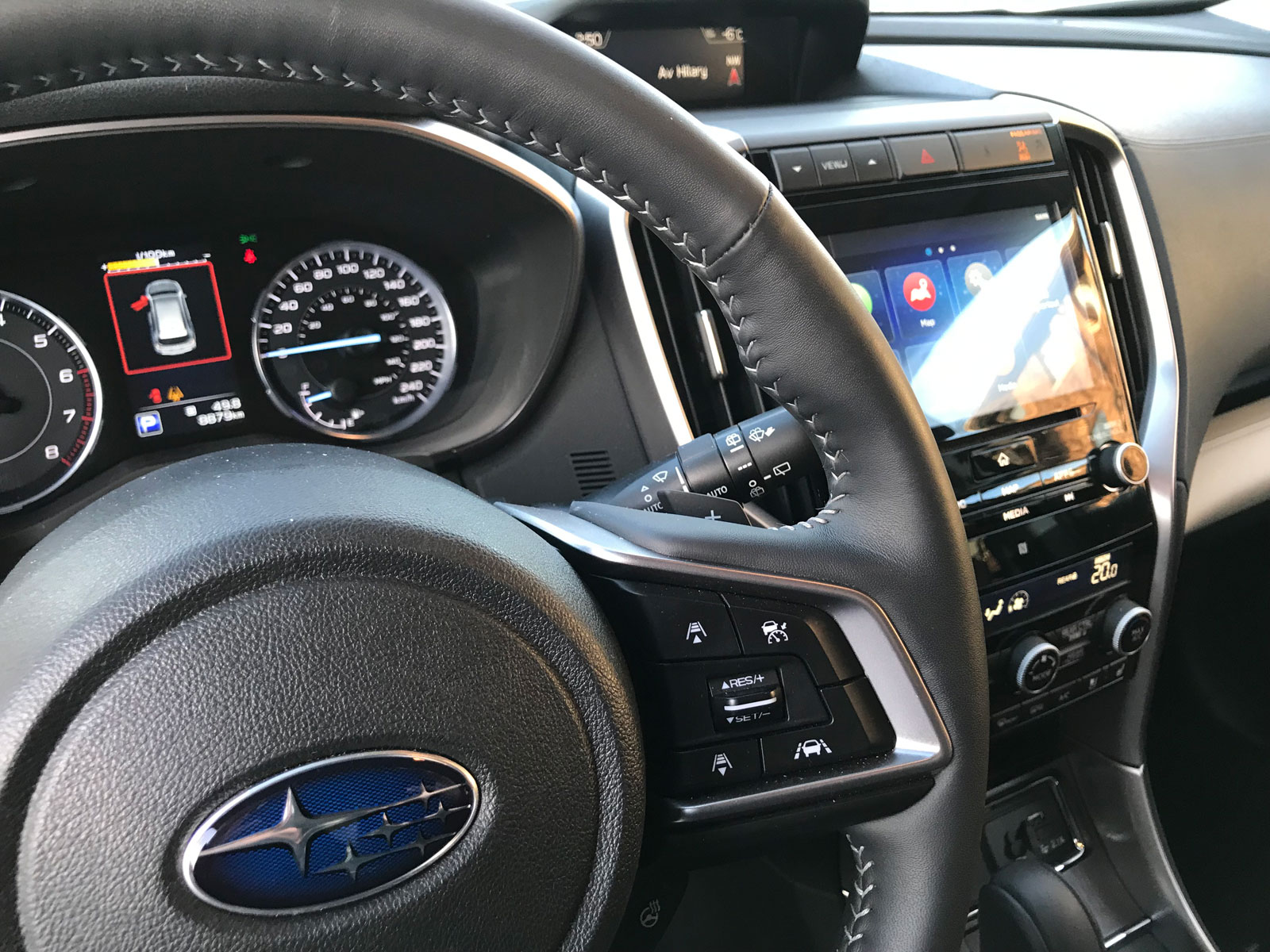 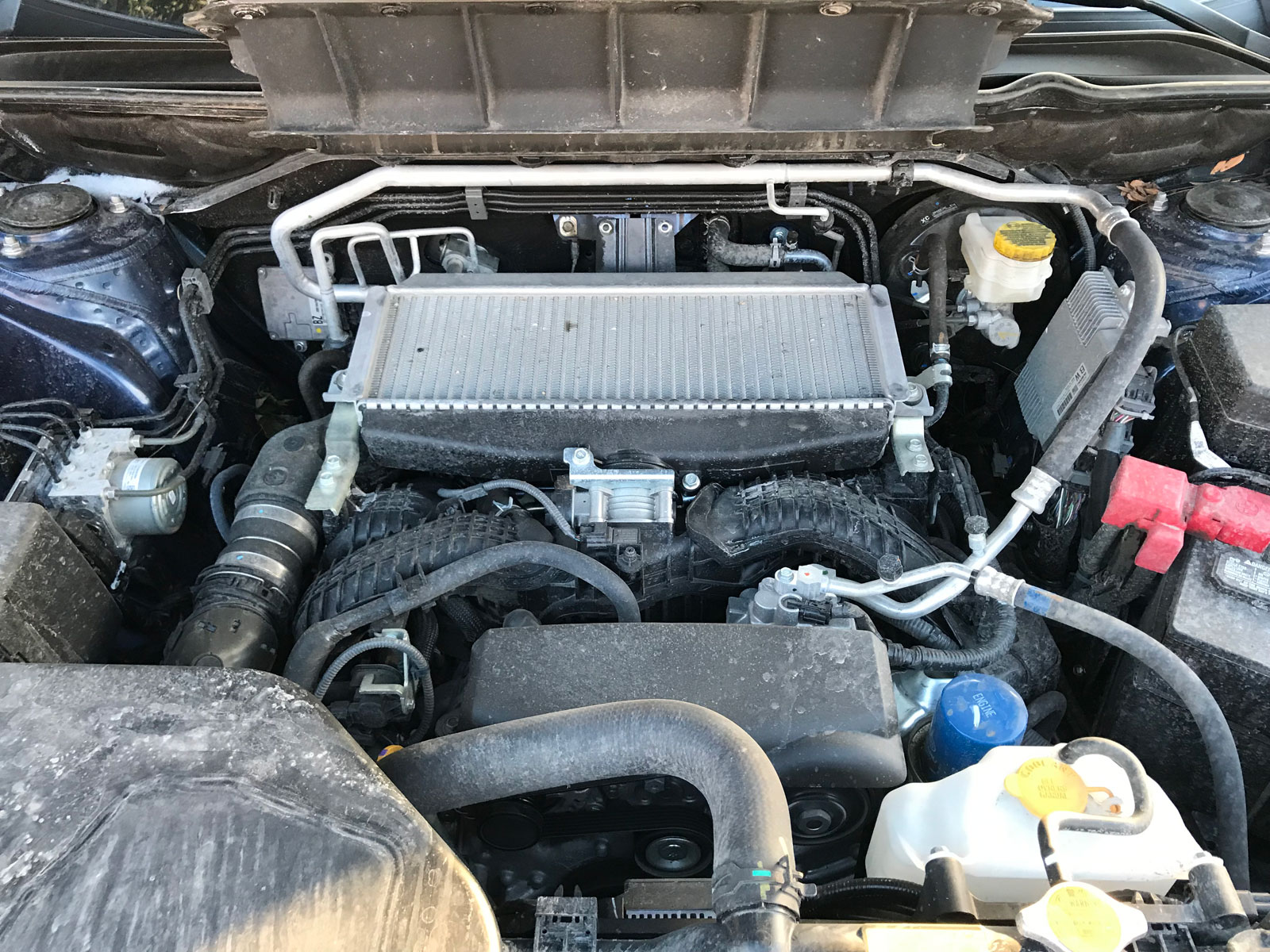 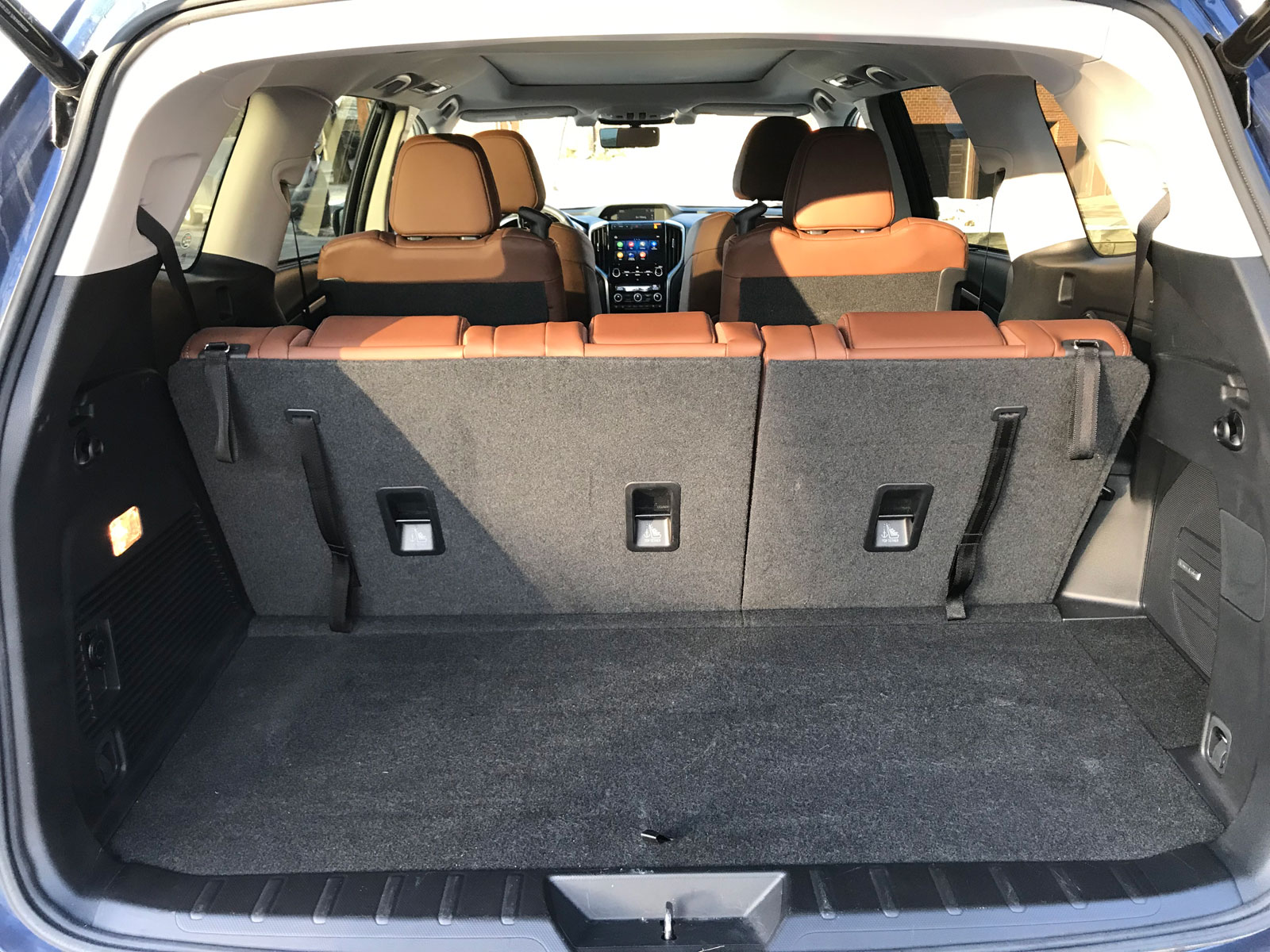 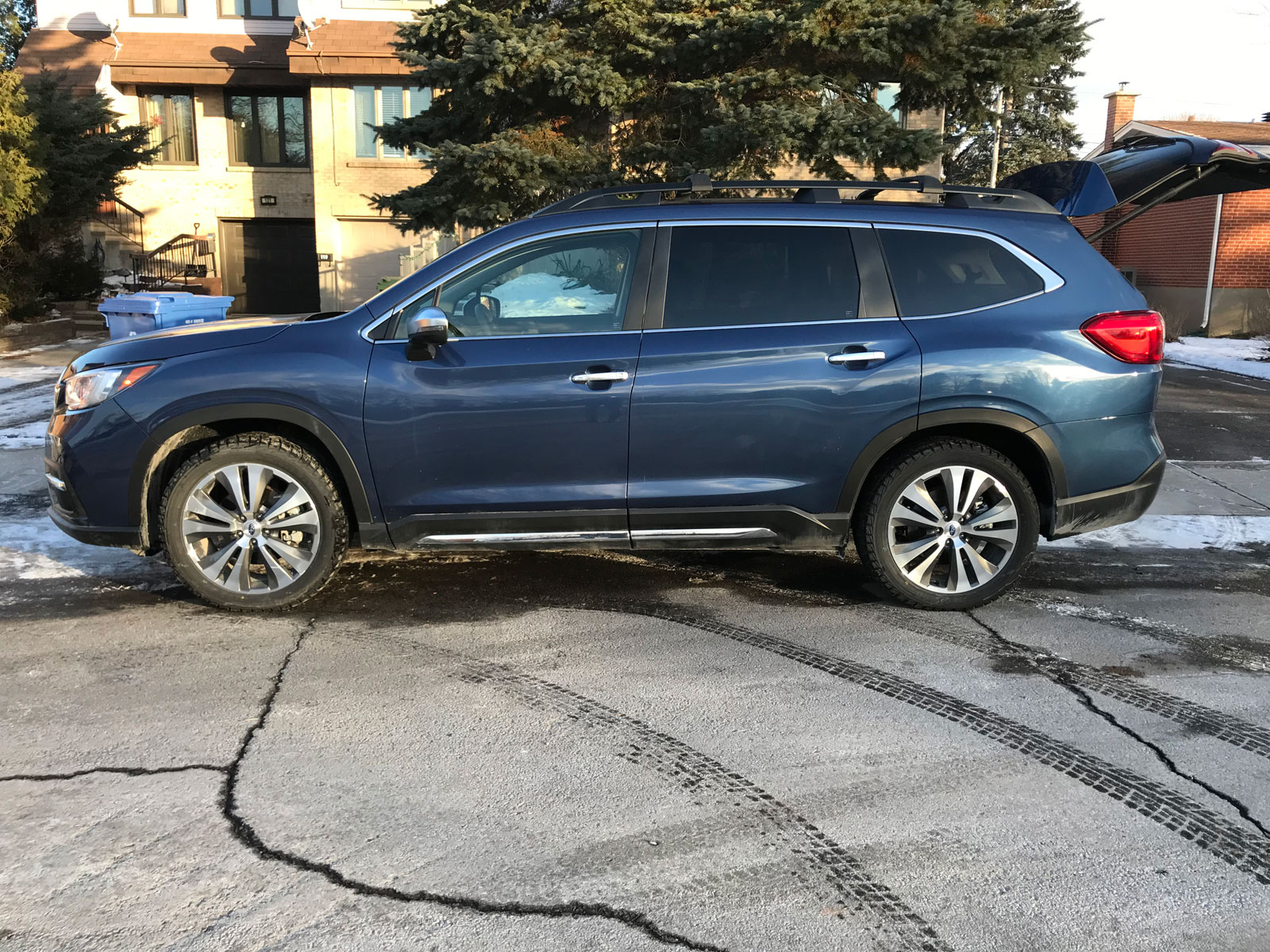