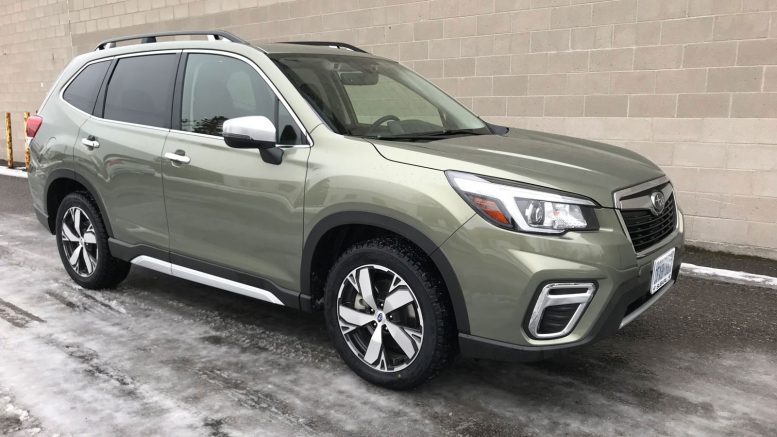 The Forester enters its fifth generation with a brand-new global platform. The vehicle is now 30 mm longer than the previous version and the chassis is 40 % stiffer as well. The outside has been reworked slightly but is still very similar. The rear fascia has undergone the brunt of the changes and comes out looking more modern and more utilitarian.

The Forester is still one of the original crossovers. It’s hard to tell if you’re looking at a car or an SUV because it’s a near perfect blend of the two. I think the latest Forester delves more into the SUV side of things which isn’t a bad thing considering the public insatiable appetite for them. 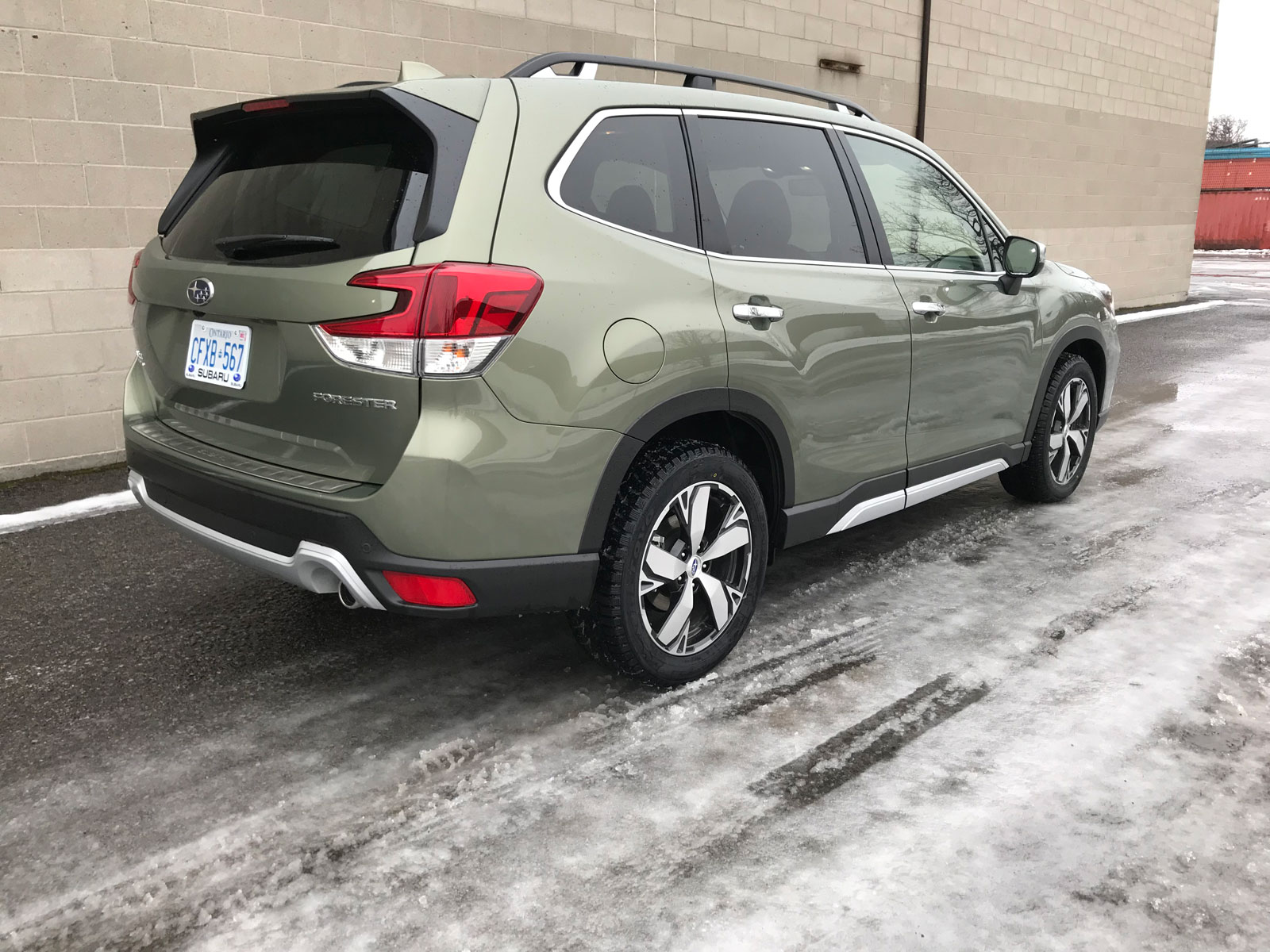 The increased size means more space for the interior occupants and more cargo room. The cabin is quite cavernous with plenty of head and leg room all around. Cargo capacity is rated at 935 litres with the rear seats up and 2008 litres with them folded down. I always chuckle at the measurements for cargo capacity as if anyone knows what their current vehicle has to compare it with or if the numbers are even good or bad. For this article we’ll say the Forester has a good cargo capacity.

The cabin has undergone a refresh and was one of the things that really impressed me. Gone are the bland Subaru interiors of yesteryear and in comes a stylish, modern and – dare I say – luxurious place to be. The brown leather seats of the Premier trim Forester are comfortable and stylish. The brown leather extends to the console and dash coupled with some black piano finishing and really makes for an eye-catching ordeal.

Subaru must also be given very high marks for not trying to over simplify the interior. While some manufacturers and getting rid of physical buttons as fast as possible, Subaru has kept trusty knobs for climate and audio controls. It makes for such an improved experience over tapping a frozen touch screen just to alter basic vehicle functions. A traditional gear shift is also a welcome device even if the parking brake has gone to an electric button. The infotainment system is excellent and easy to use. 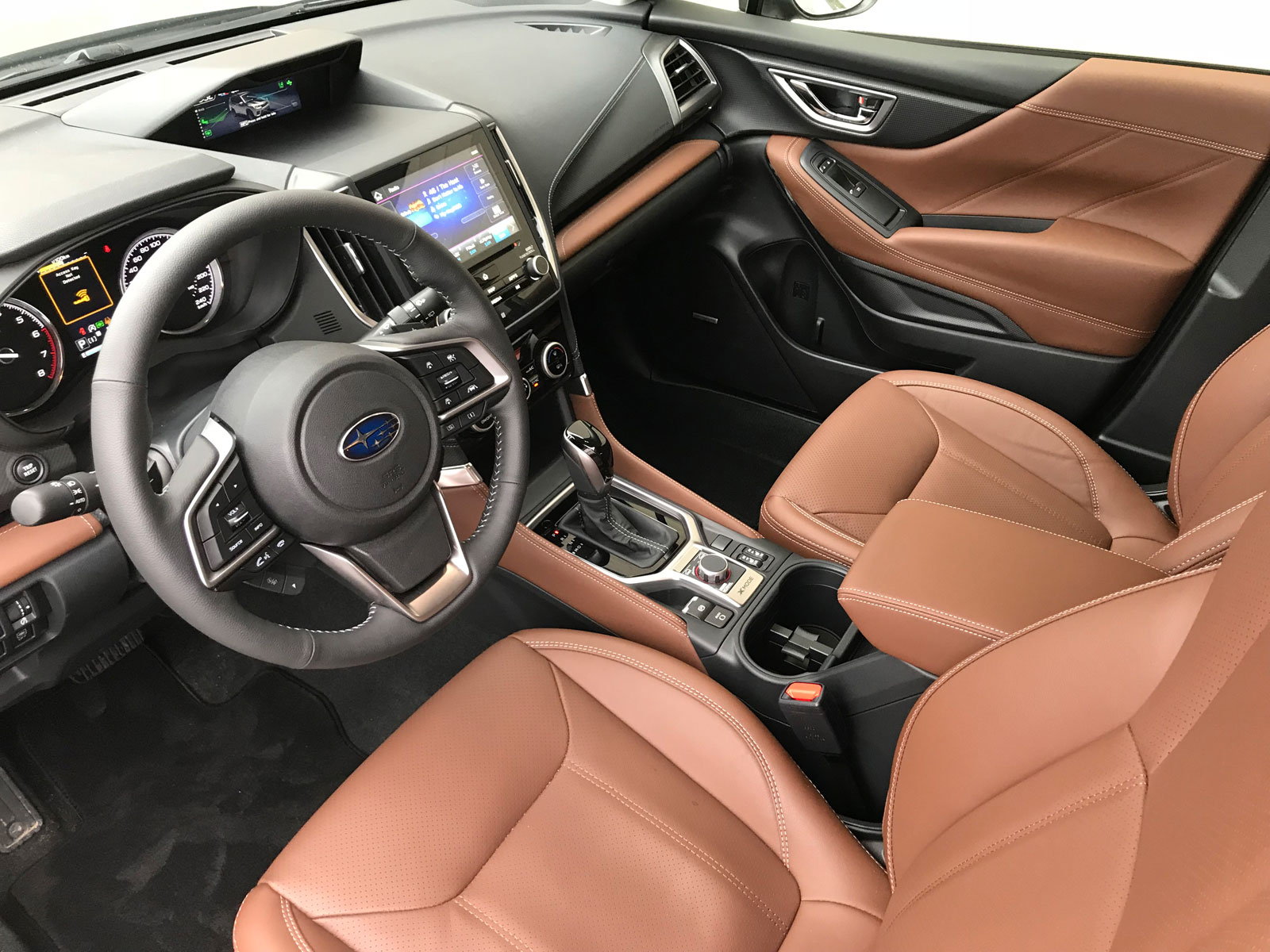 This was a vehicle equipped with Subaru’s EyeSight safety system. This system of driver aids helps anticipate dangerous situations via the use of cameras and sensors. It’s used for adaptive cruise control, lane keep assist, pre-collision braking and pre-collision throttle management.

Subaru has also introduced facial recognition software in the vehicle. The facial recognition is part of the DriverFocus feature that comes standard on all 2019 Subaru Forester Touring packages. As a safety feature, DriverFocus is used to ensure that the driver is not distracted for more than 3 seconds and beeps to recapture your attention. If the car beeps multiple times without detecting the driver’s eyes returning to the road, the Forester will begin to slow to a complete stop. To be honest the feature was a little annoying and beeped whenever I would glance at anything so I turned it off. The good news is that the technology can also be used to recognize five different driver profiles. That means whomever from the family gets into the vehicle, the seats, climate controls and mirrors are automatically adjusted. This is an industry first.

For 2019 Subaru offers only a single engine option in the Forester. It’s an almost all-new 2.5-litre four-cylinder making 182 horsepower and 176 pound-feet of torque. Mated to a continuously-variable transmission (CVT) it performed adequately for my daily driving needs. The CVT is quite advanced and works to minimize any of the thinking or delays in shifting often associated with the type. In (simulated) manual mode you can go through the seven ratios as your leisure.

The Forester has improved heavily over the previous version although some will long for the 2.0-litre turbocharged engine. That being said the new 2.5 is very smooth and should satisfy most people with greater fuel economy in the 8 L/100 km range. 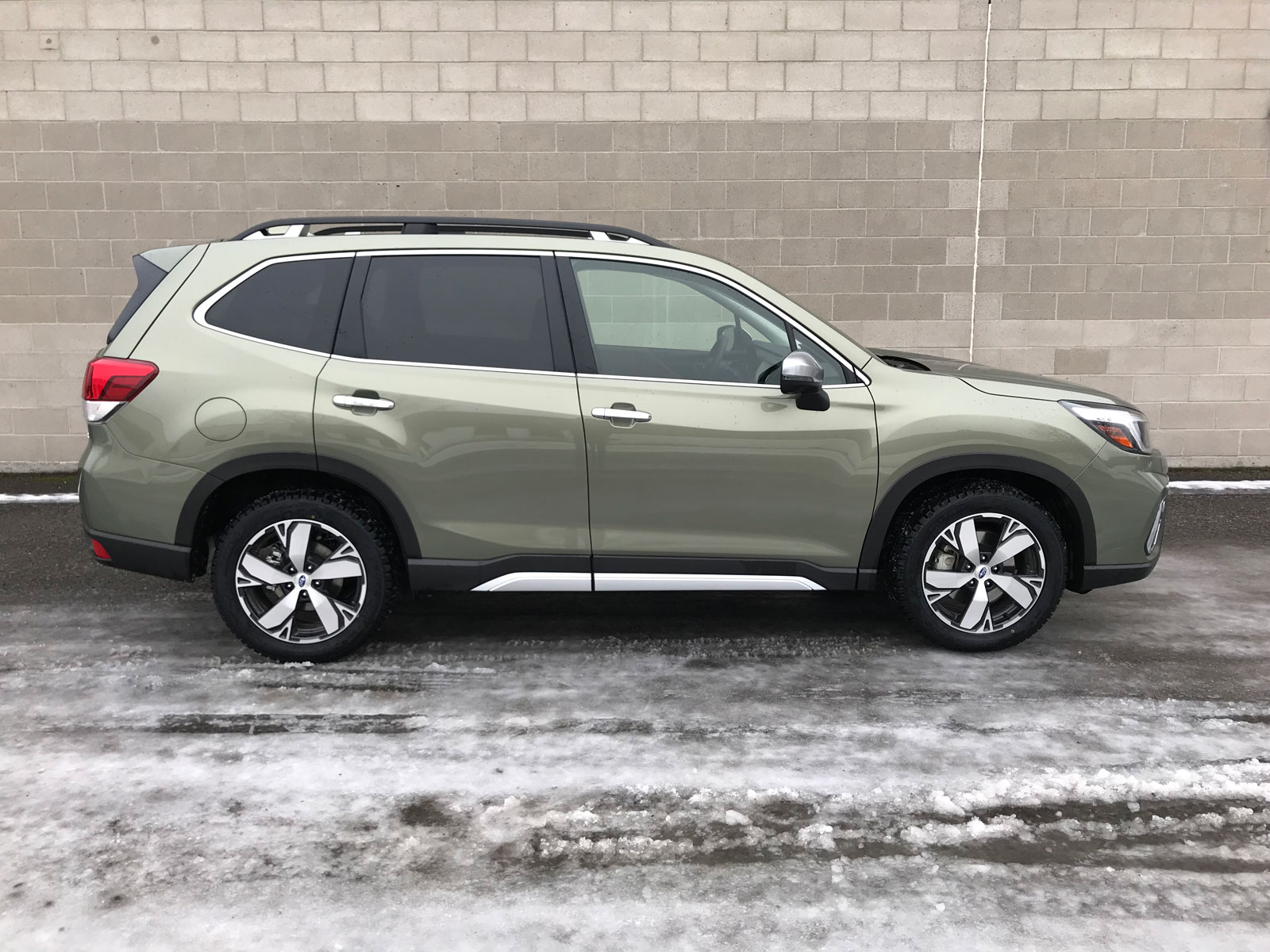 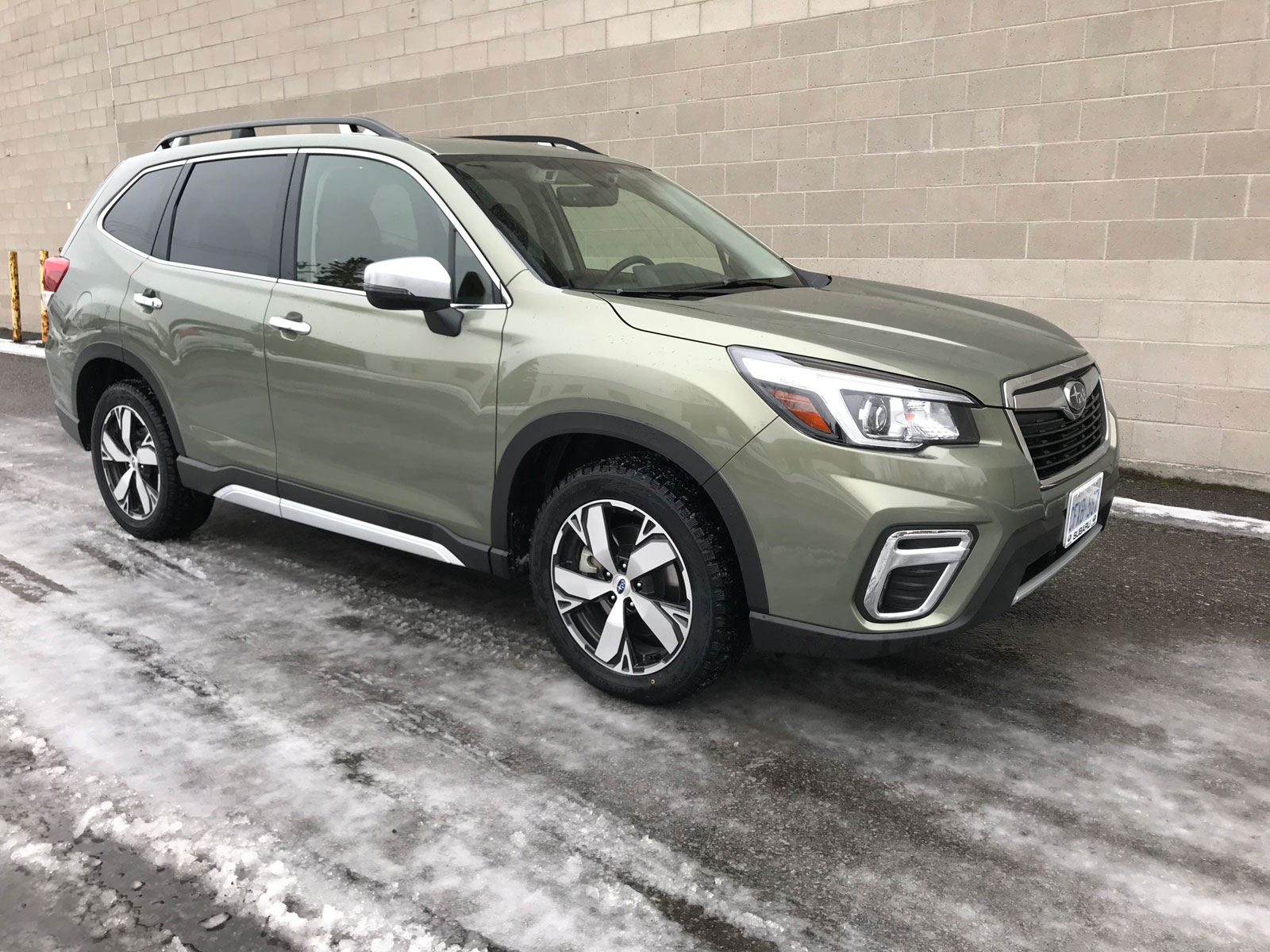 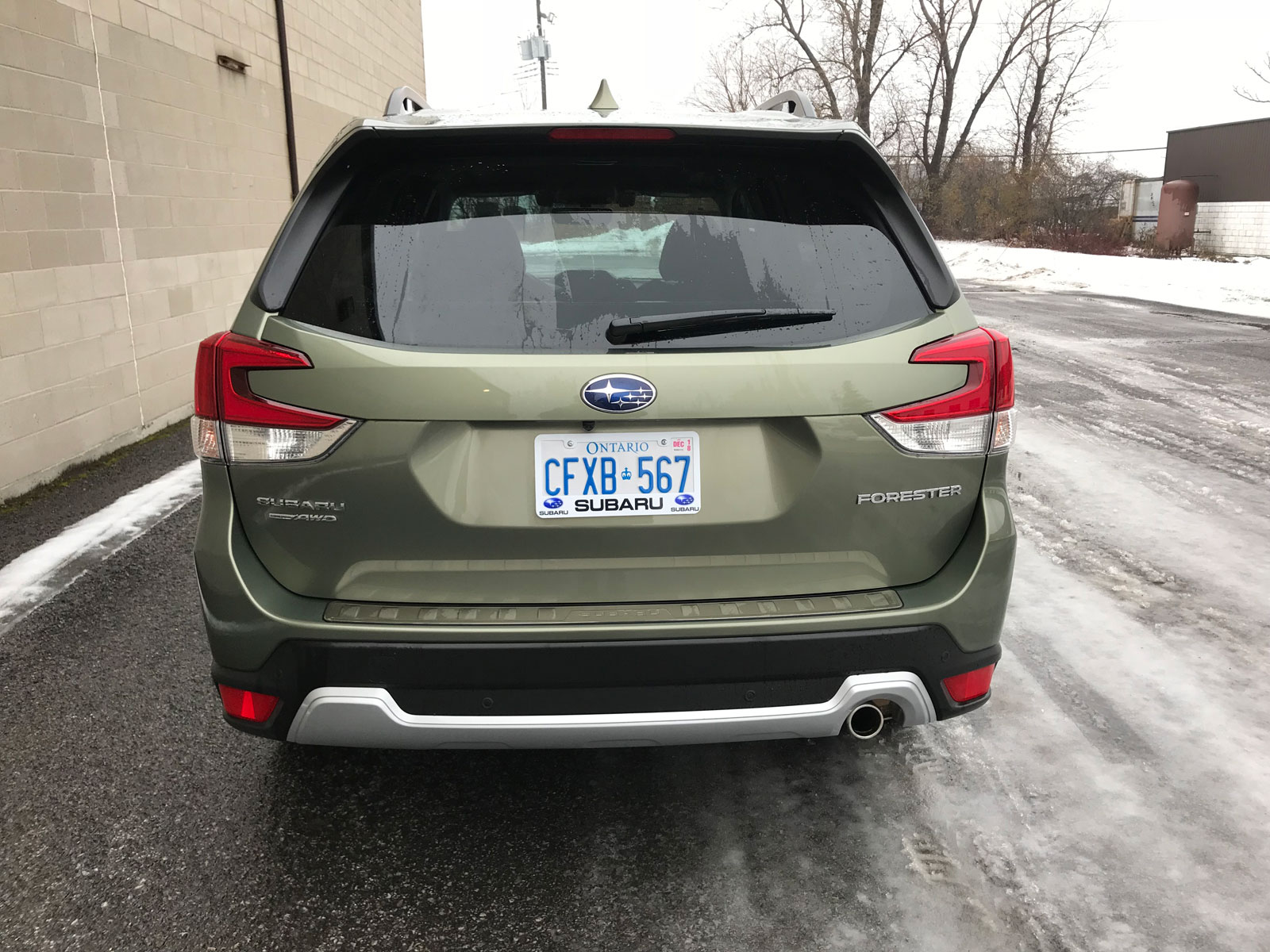 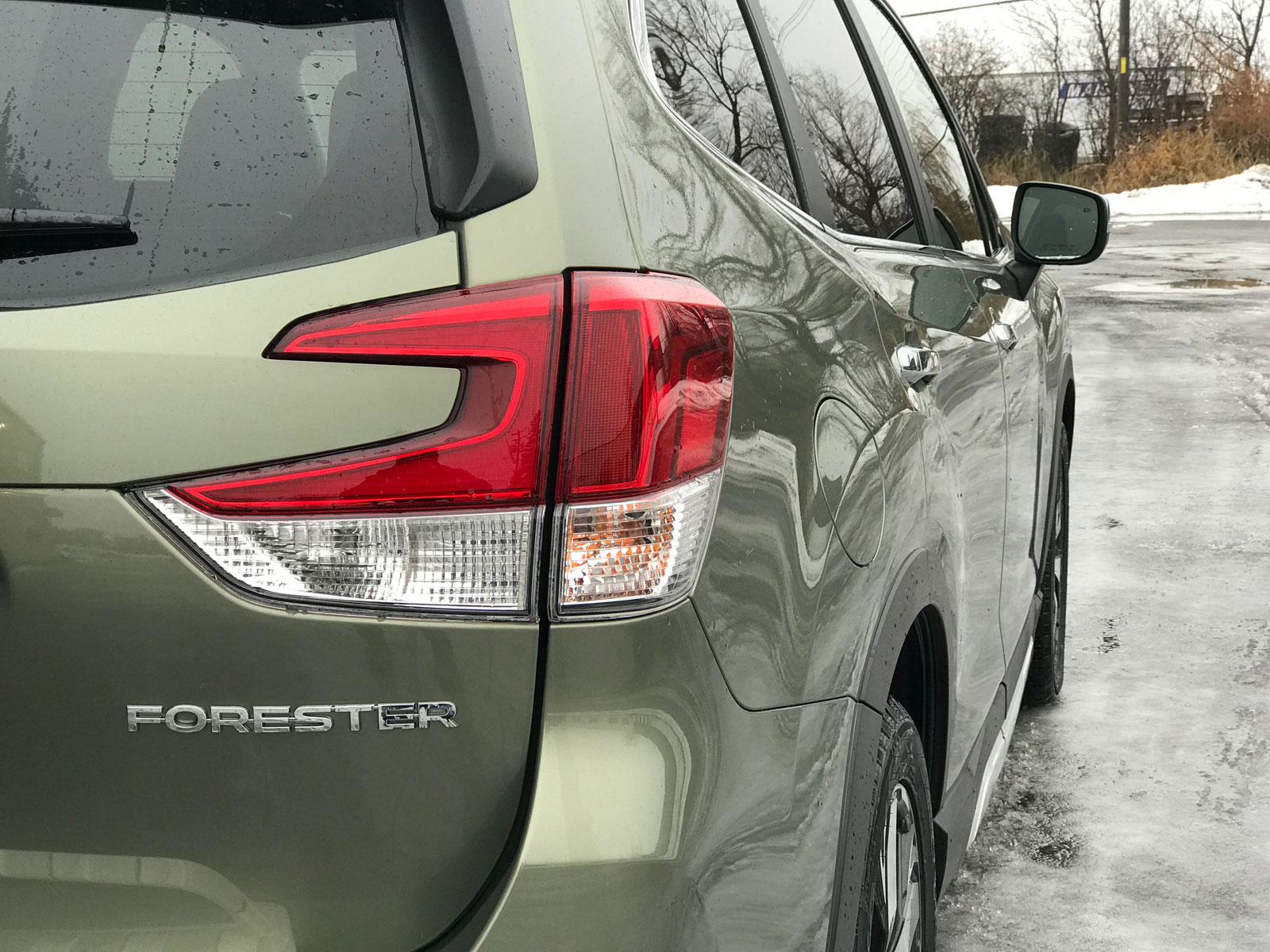 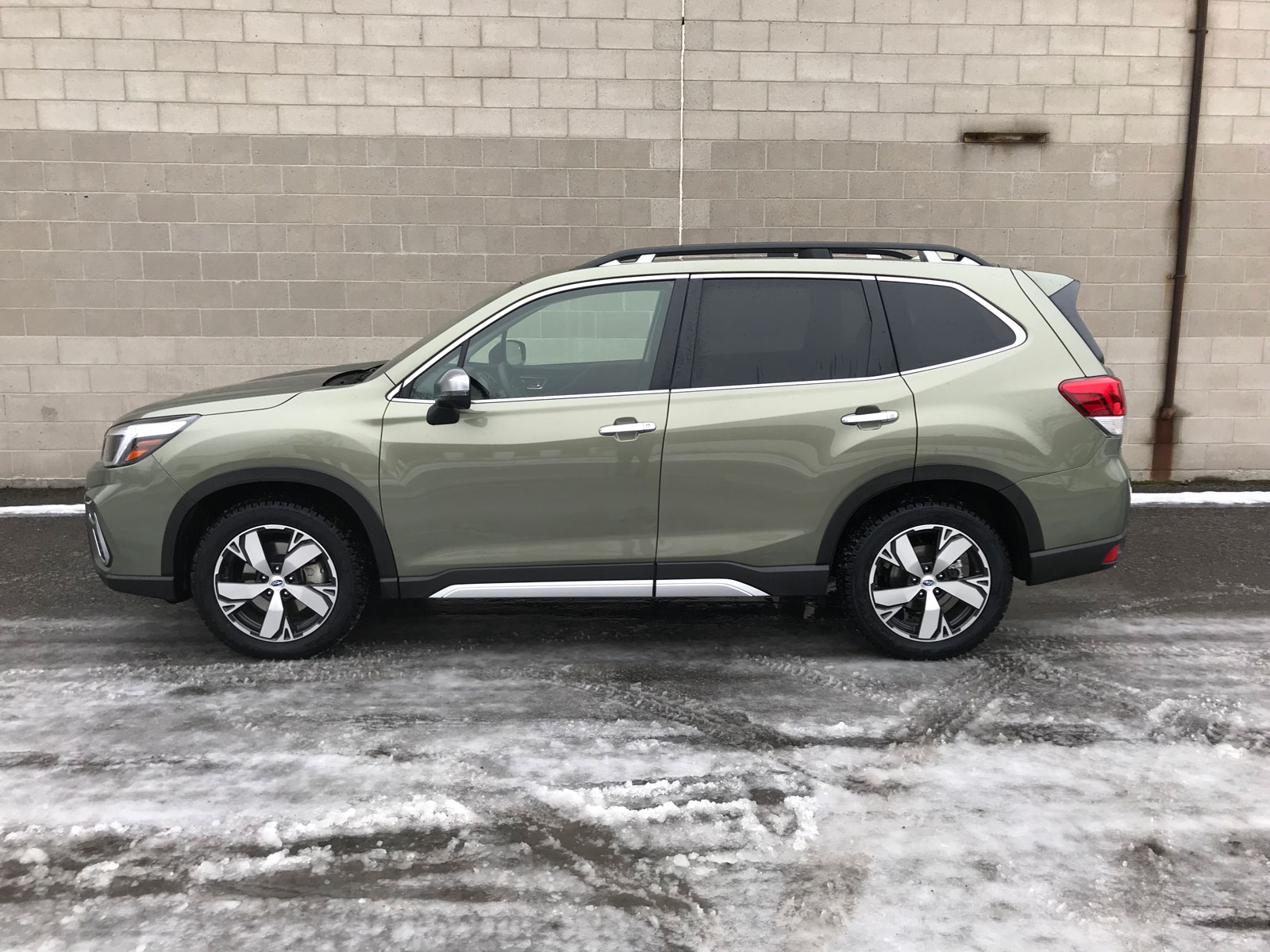 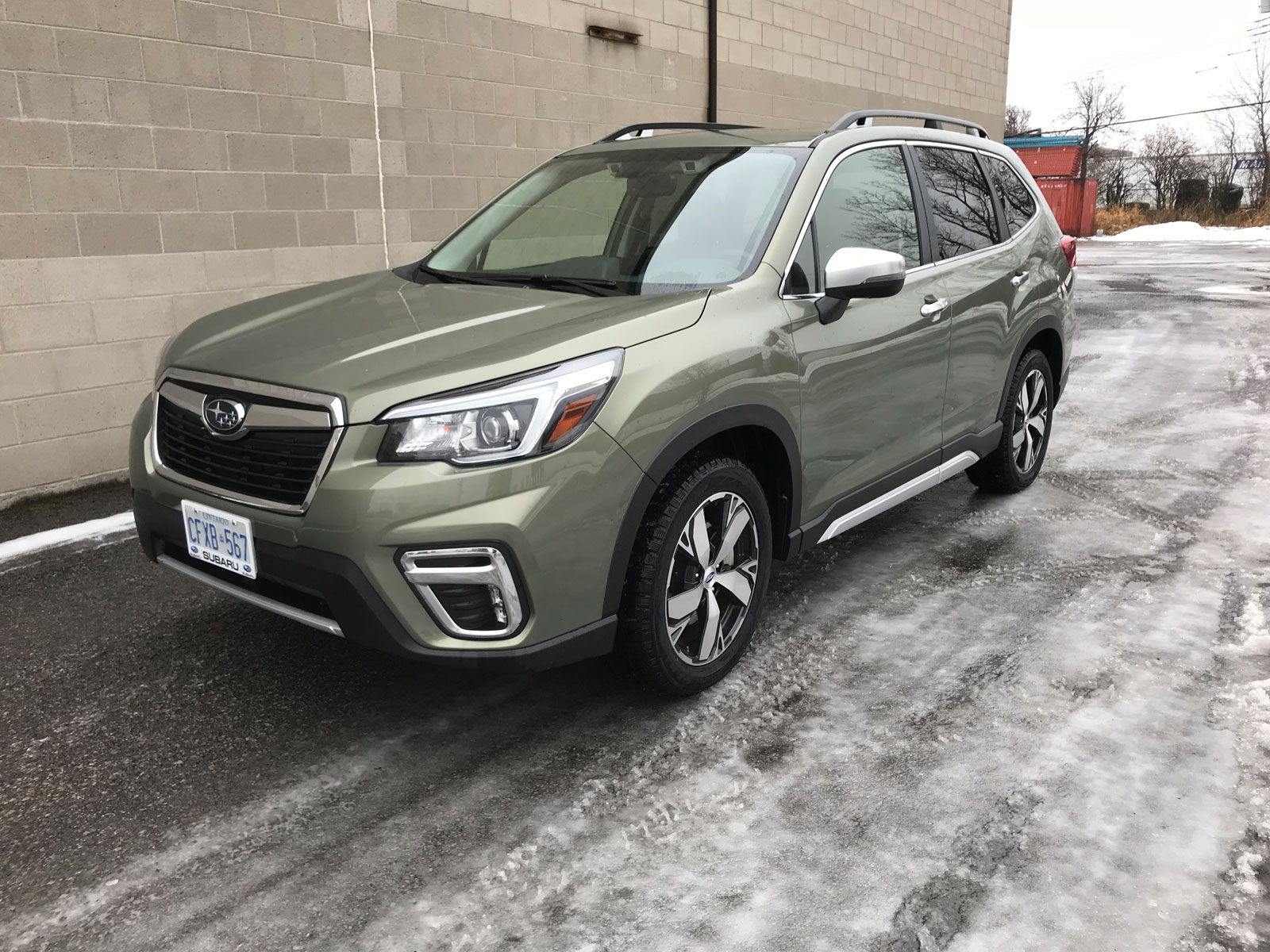 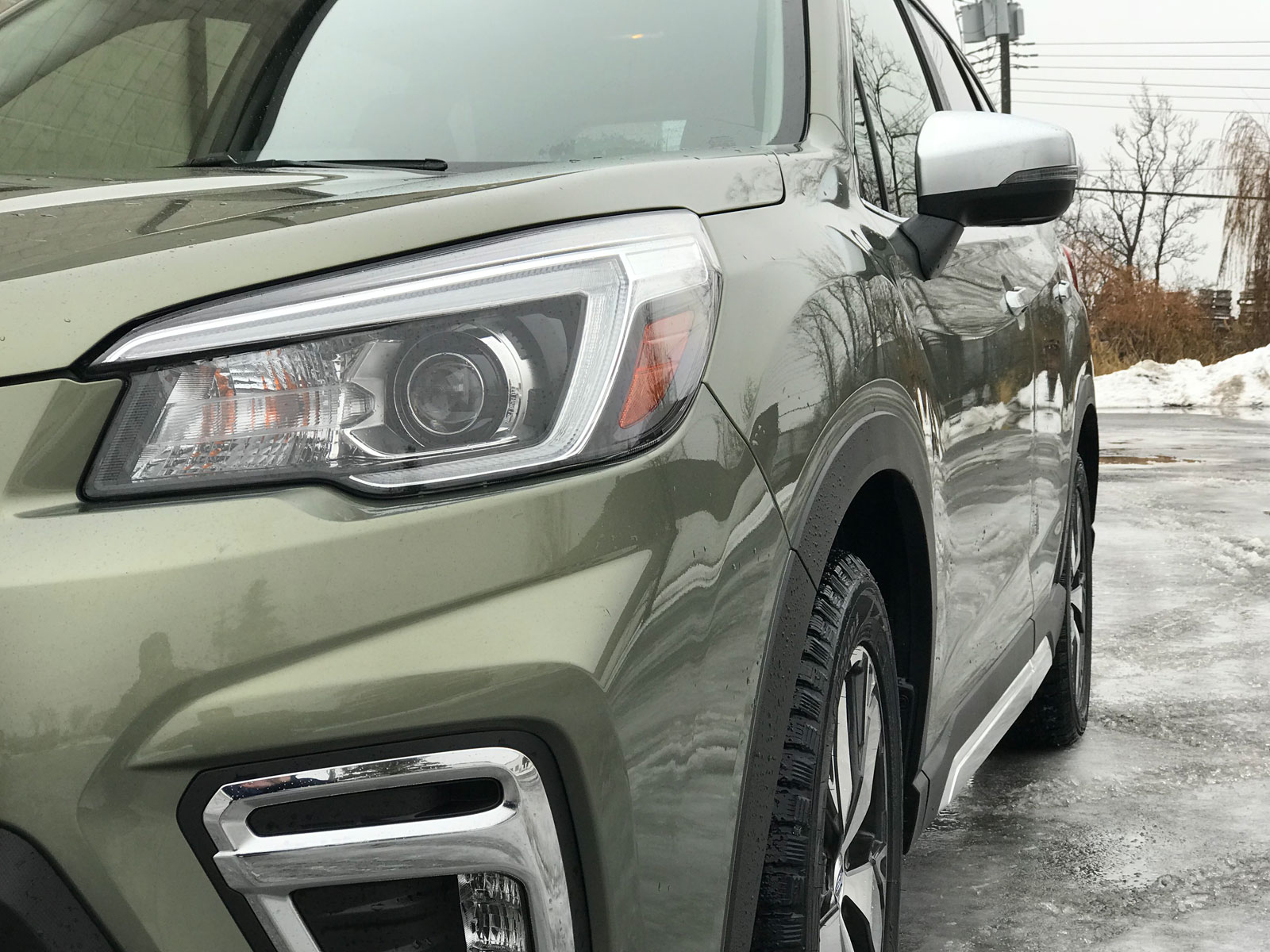 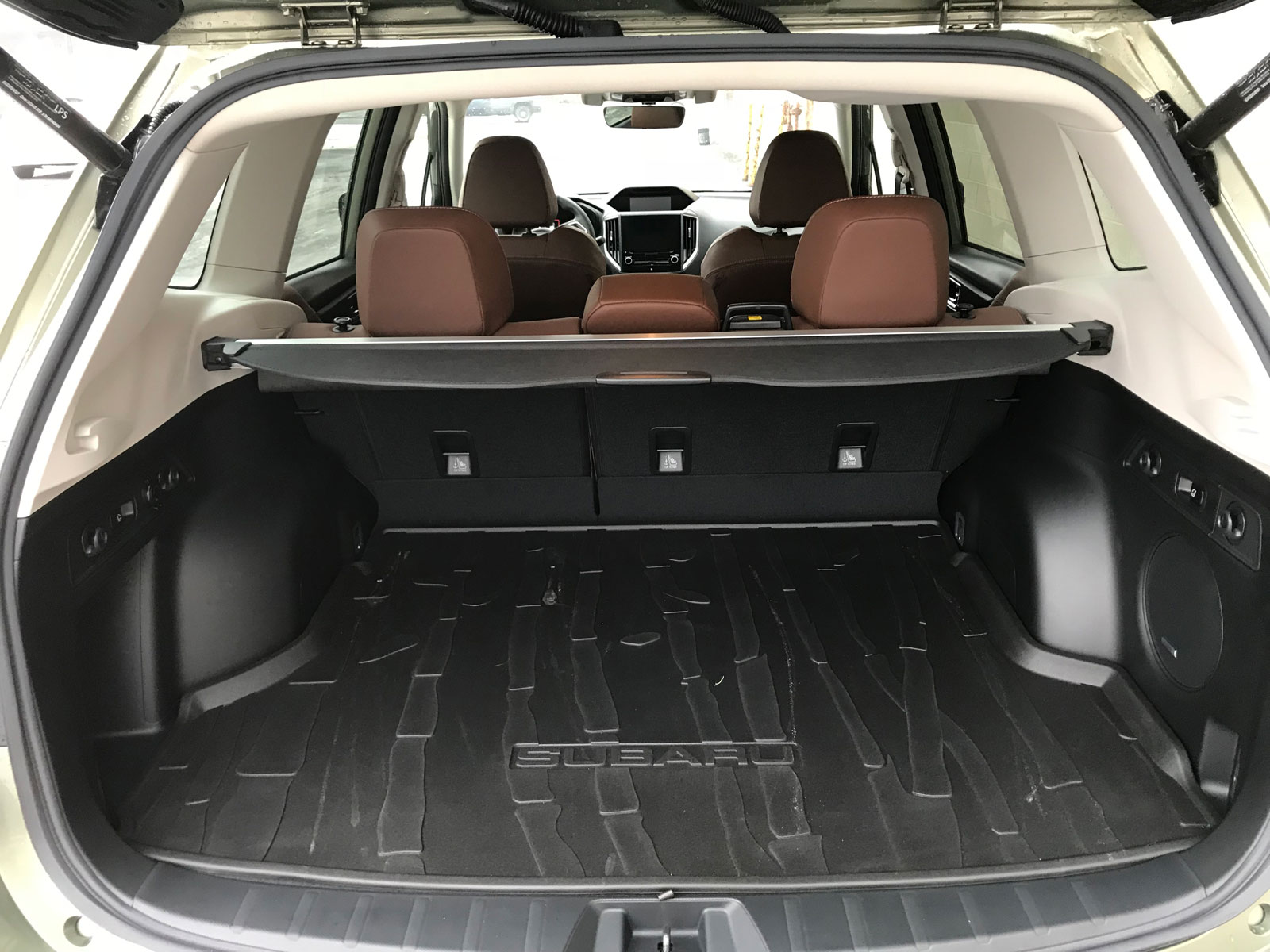 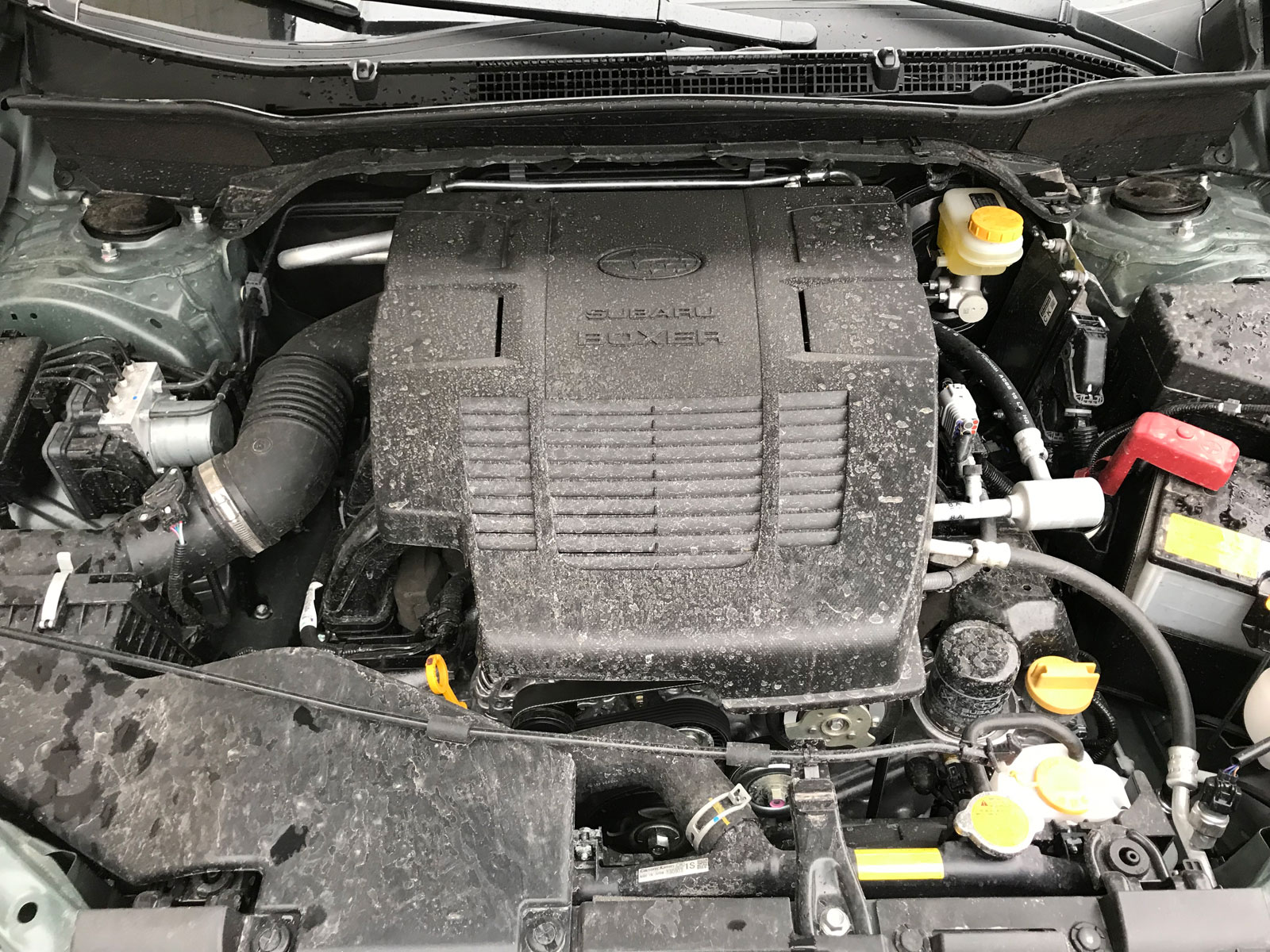 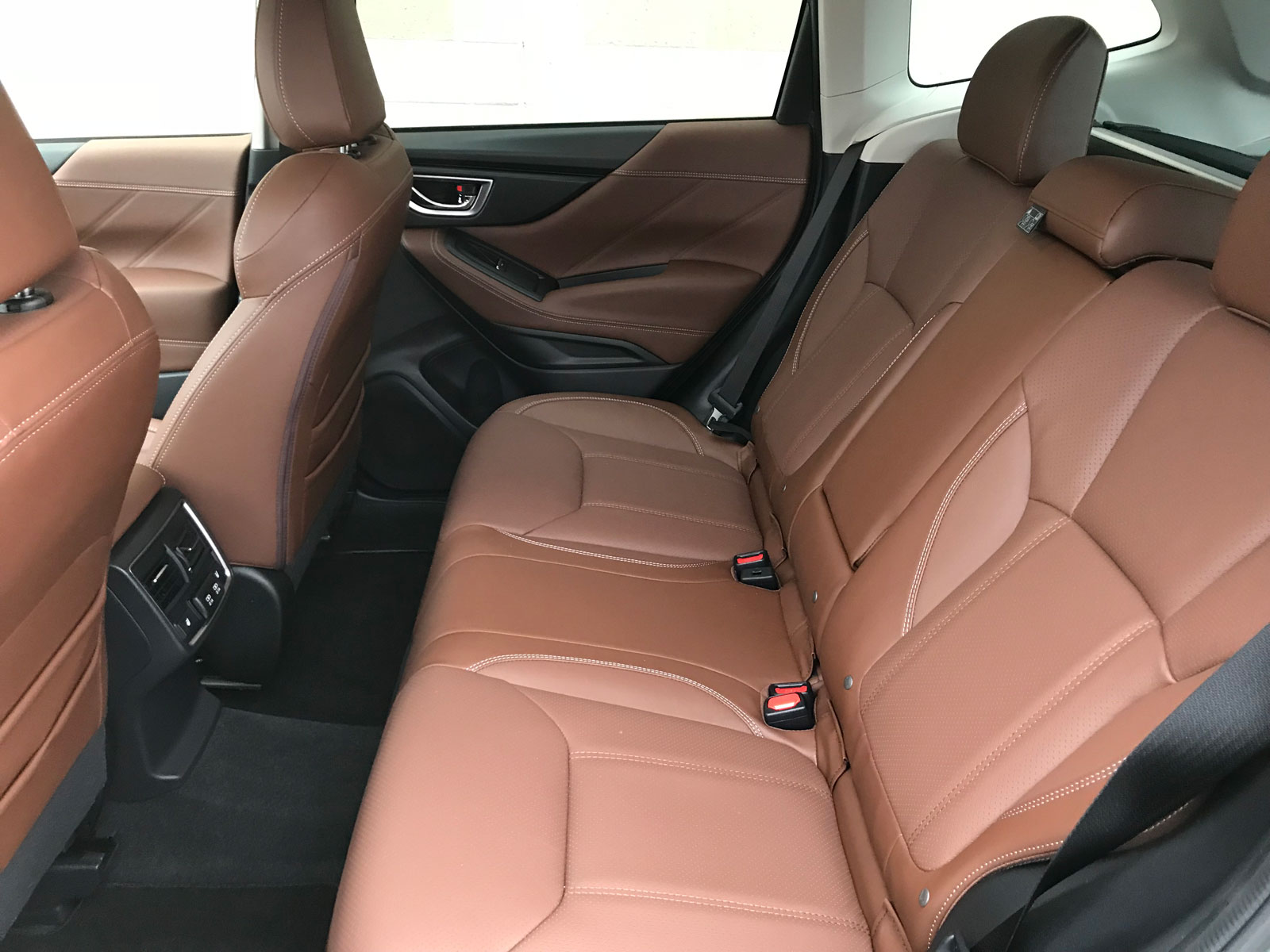 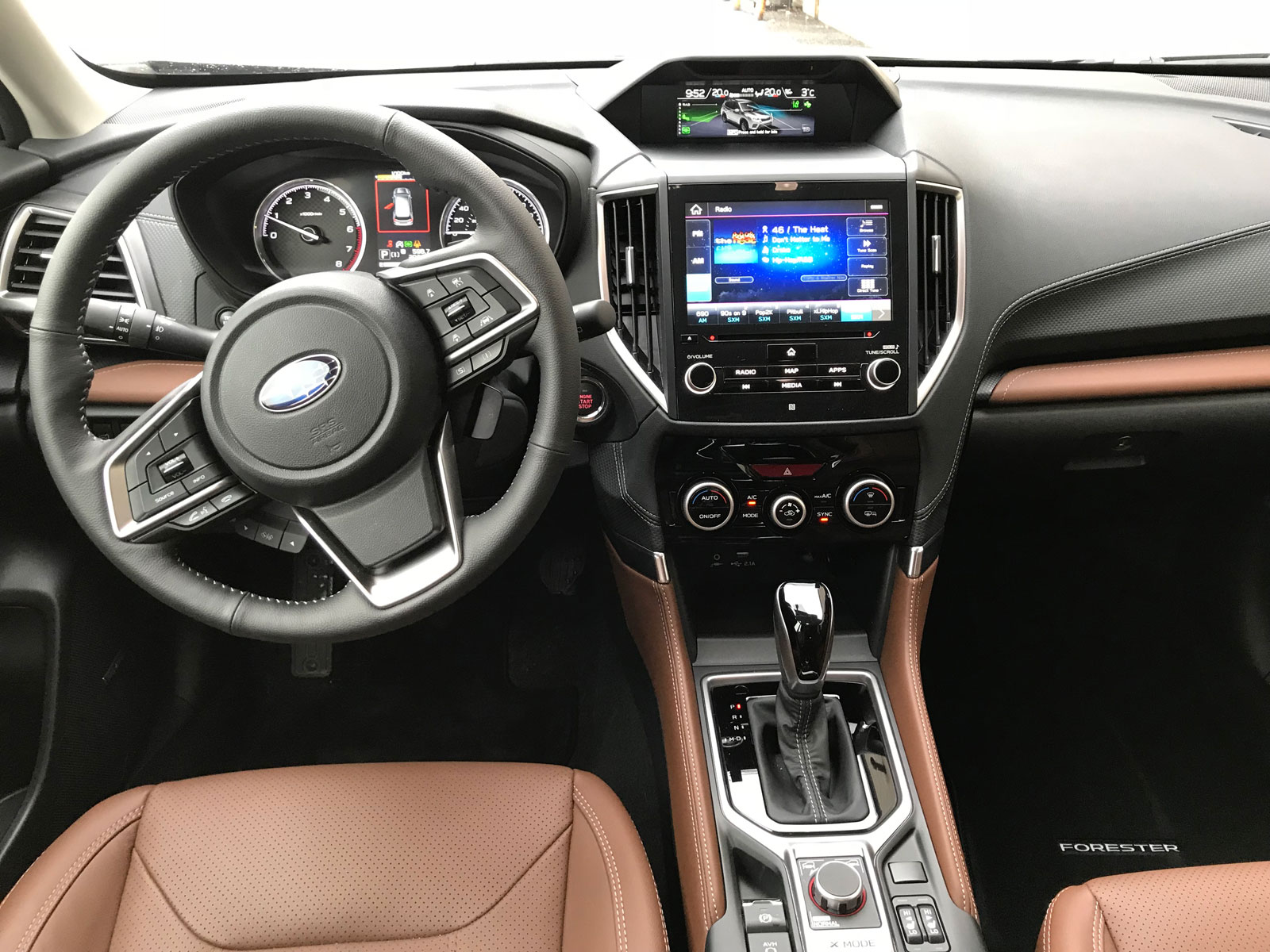 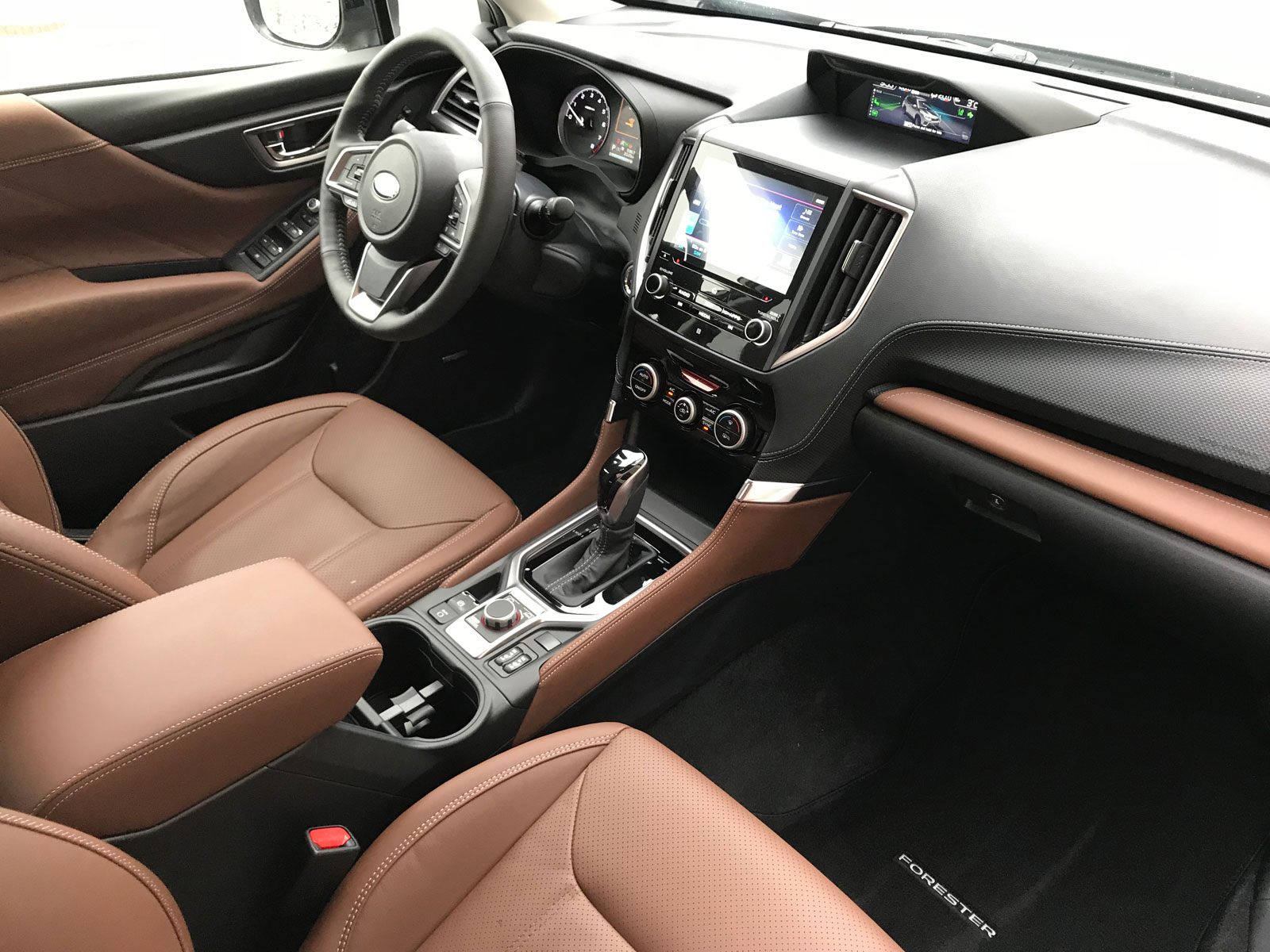 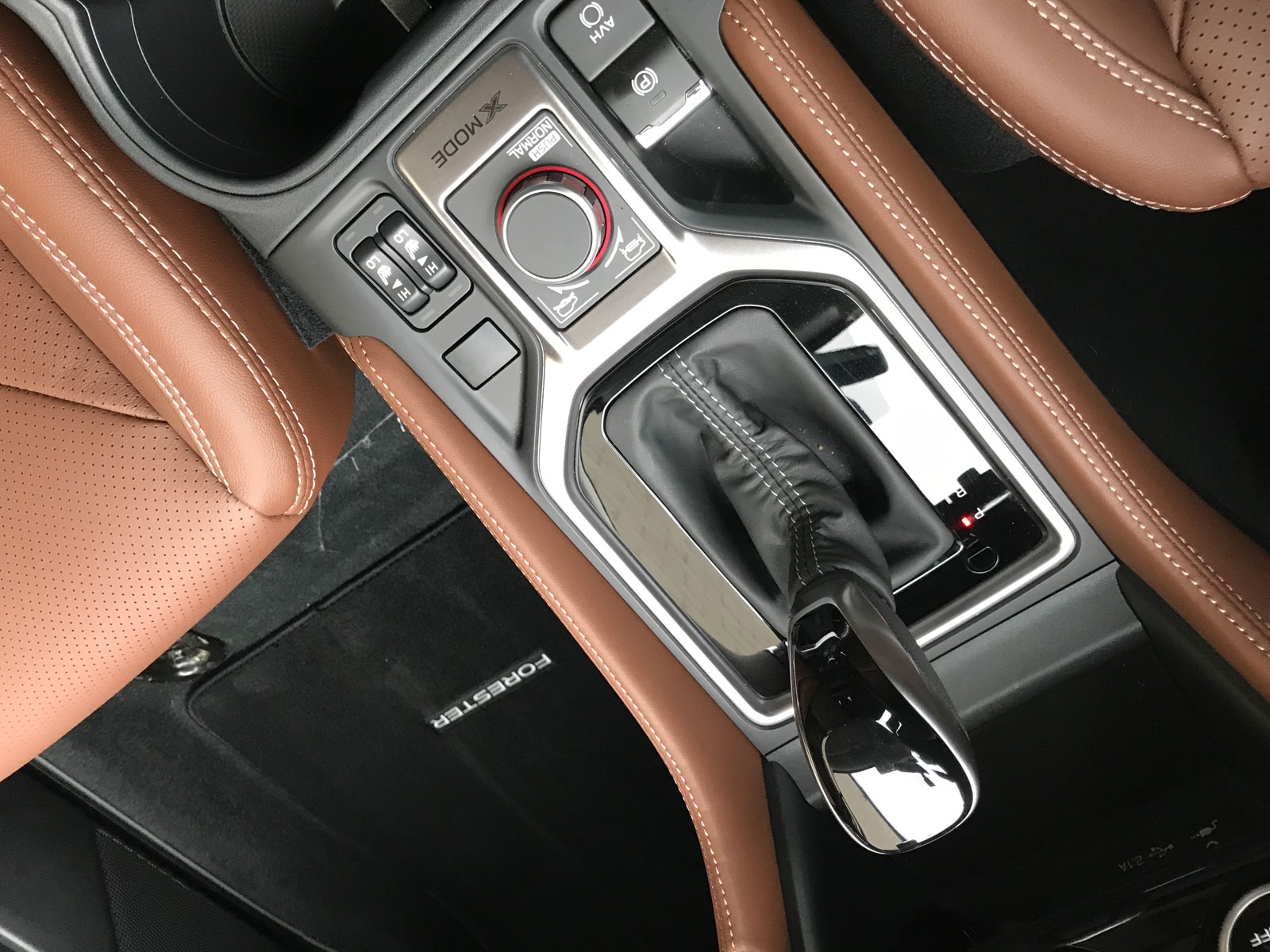 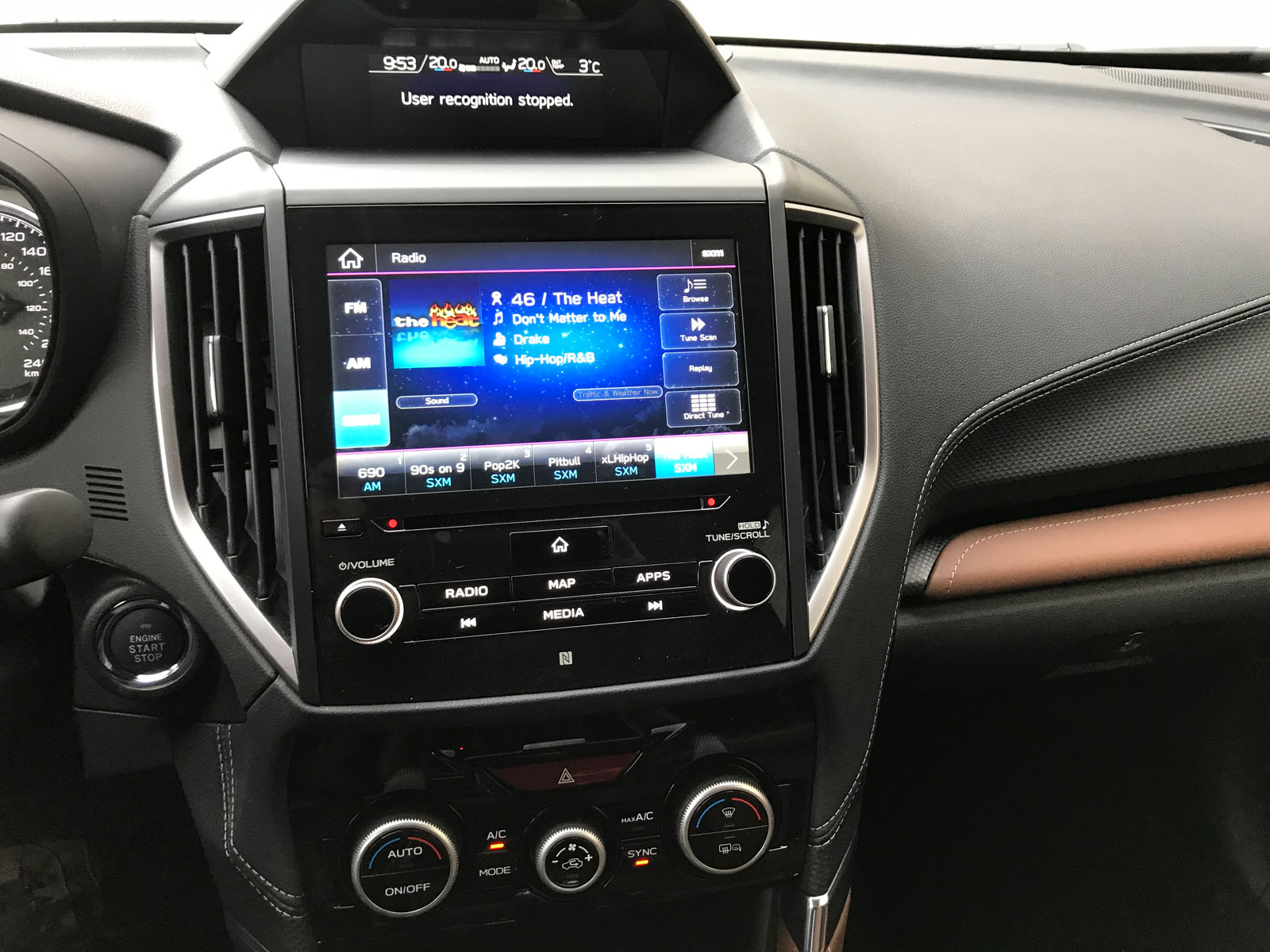 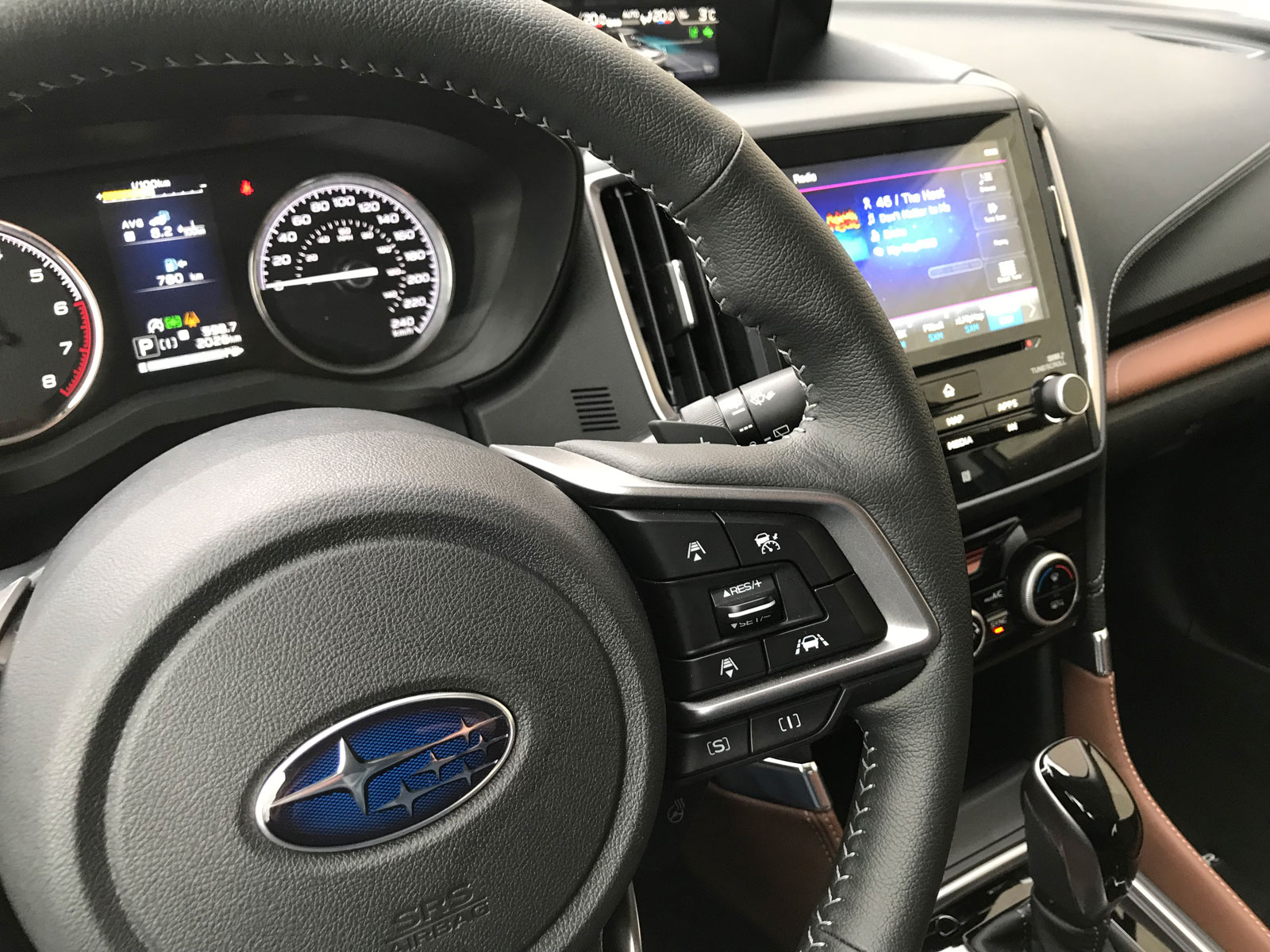 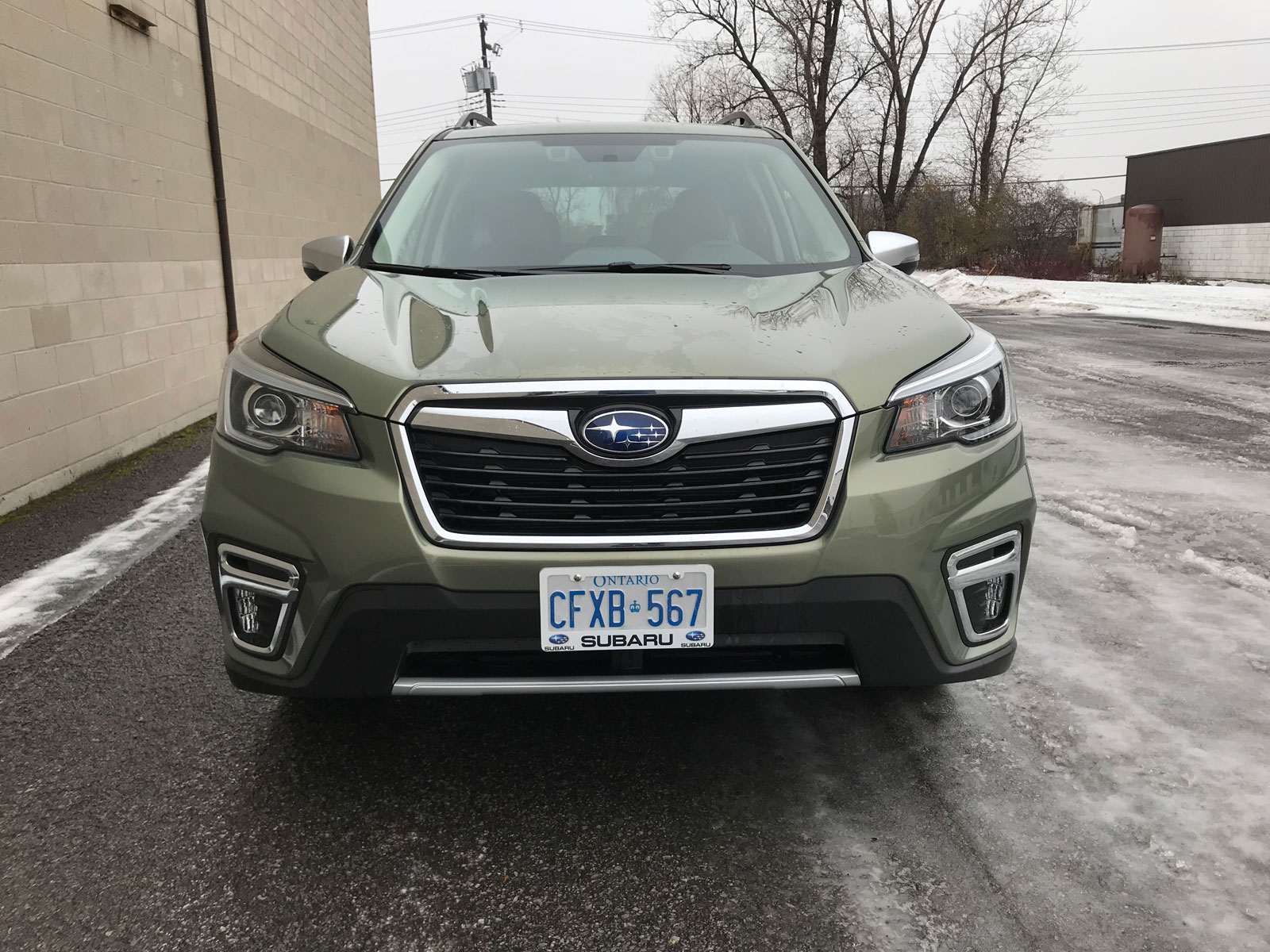