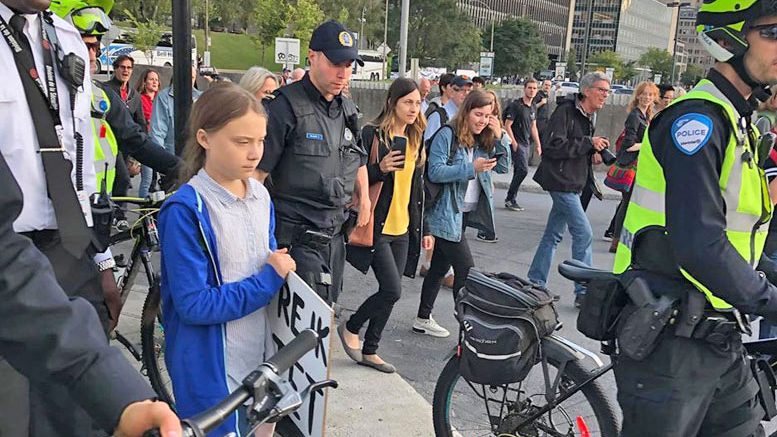 Since 16-year-old climate activist Greta Thunberg’s (pronounced Toon-Berg) meteoric rise to fame in the last year, many automotive enthusiasts have adopted the phrase “sorry Greta” in order to poke fun at her climate activism.

It’s misguided to believe that owning a race car, weekend cruiser with poor gas mileage or any other polluting form of transportation, makes you a target of Greta’s protests.

The main focus of Thunberg’s ire is aimed toward governments and decision-makers who are failing to meet even their own goals to reduce carbon emissions and prevent a global catastrophe. Her own lifestyle choices reflect her demands but as many climate scientists have said, individuals alone are not able to stem the tide of climate change on their own.

The amount of powerful people feeling threatened by a teenager simply asking people to listen to scientists is astounding.

I like cars, planes, racing and I eat red meat but also consider myself a Greta fan and huge supporter of her actions. That is not an inconsistent position to hold.

Greta’s neurodiversity has also prompted tones of condescension and claims from people who oppose her that she is “not well”. Those unfounded tropes are attempts to mask the unease that opponents are feeling with the amount of success she has demonstrated thus far.

Greta has Asperger’s syndrome which is on the autism spectrum. Her blunt, straightforward speaking style lends itself well to the message she is pushing. Her neurodiversity enables her to brush off criticism like we often see from car enthusiasts, politicians and whoever else is threatened by her powerful message.

Greta Thunberg is a next generation leader unfolding before our eyes. It’s ok to like cars and be a Greta fan. She’s not going to take them away!

View the discussion thread on this topic in the forum.