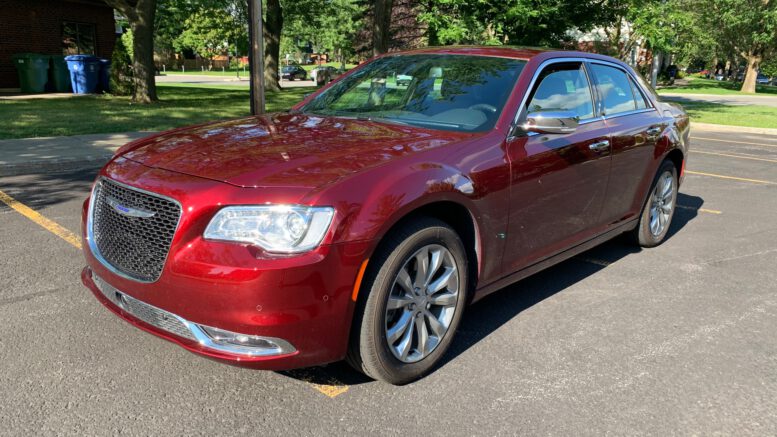 There aren’t too many American sedans left to chose from but the Chrysler 300 is still hanging in there and is one of two models offered by the Chrysler brand (the other being the Pacifica). The Grand Caravan will join the Chrysler lineup as a third model next year for 2021.

Last refreshed for the 2011 model year, the 300 doesn’t quite elicit the wow-factor that the first generation did when it was released. People were comparing the car to a Bentley because its looks were just that darn good. Celebrities like Snoop Dogg approached the brand with advertising deals because they just had to have the car. In 2020, the Chrysler 300 has a bit of a rental-car aura to it and it’s looks are getting on.

My first thought after driving the 300 for a little while was just how smooth the ride is. The powertrain is a tried, tested and true unit with a 3.6-litre Pentastar V6 that delivers 292 horsepower and 260 lb-ft of torque. The 8-speed automatic expertly switches gears when you need and delivers the power to the rear wheels. This car was equipped with the optional rear-biased all-wheel drive system (a $2,500 option). 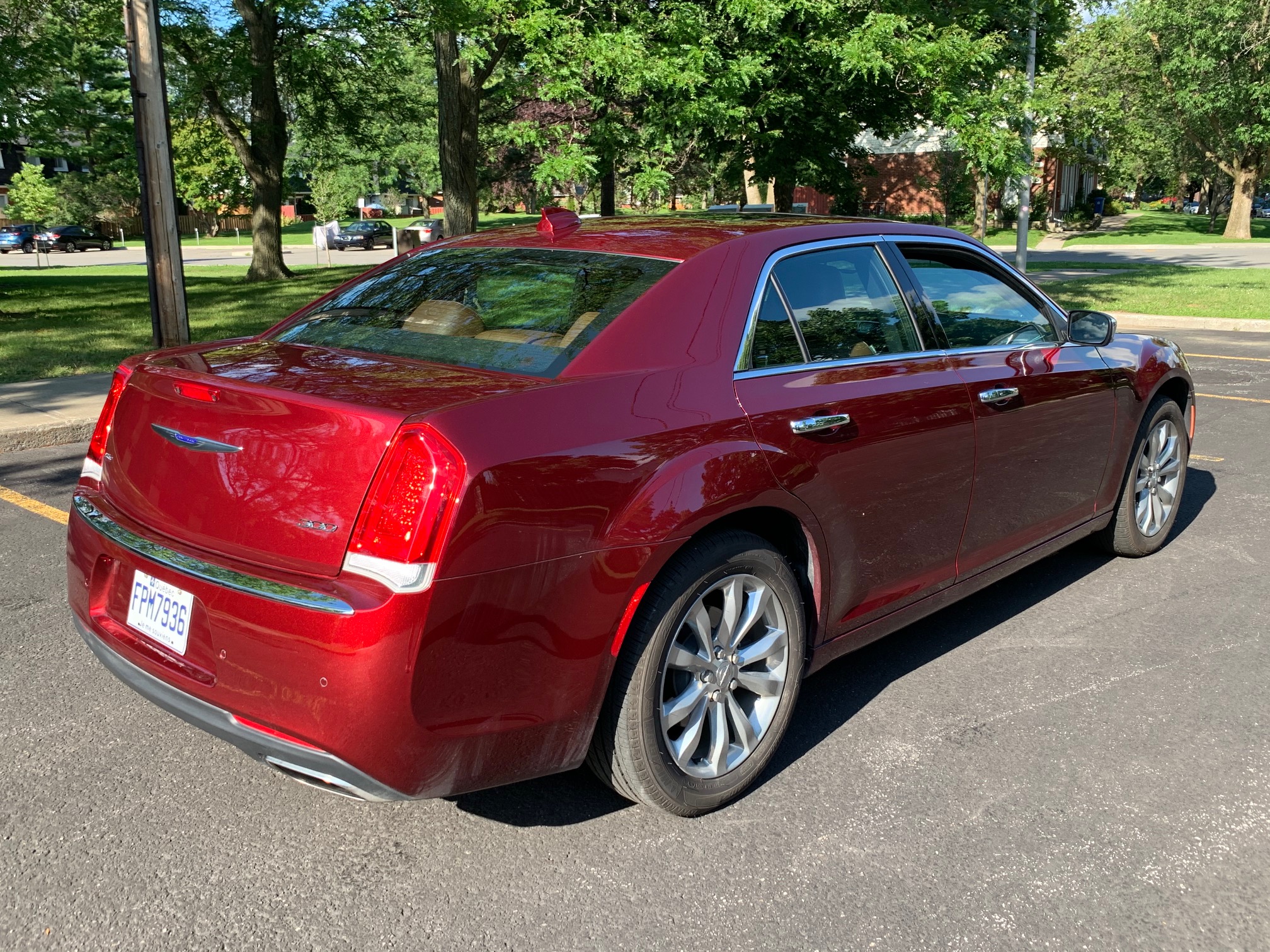 There is a 5.7-litre HEMI V8 is available for the power hungry among us but you don’t need it. The V6 was able to propel the 300 as quickly as I needed and I was never short of power. The only thing is that the V8 must be paired with the rear-wheel drive configuration, making is less appealing for Canadian winters.

I mentioned the 300 delivers a smooth drive but it’s also a quiet like you wouldn’t believe on the highway. You’d think this was a $100K BMW 7 Series with the amount of sound that gets let in – and by that, I mean NO sound. The ride quality is similarly excellent and contrary to the big European luxury sedans, there is a pit of performance to it. I can’t stand vehicles that ride like cruise ships to the point where you can’t feel a thing. It’s alright if you’re a limousine driver but the prospective 300 owner will be driving their own vehicle so it’s helpful to feel the road a little bit.

The large exterior dimensions translate to the interior where there is simply a ton of space. The Nappa leather seats smell great, are comfortable and are pleasing to the eye. Other than the seats, the interior is starting to show its age and I don’t find it on par with what I’d expect at this price point. The majority of the dash is a hard plastic material that doesn’t particularly feel upscale. The infotainment touch-screen is 8.4 inches but seems tiny and you need to reach to use it. The rest of the buttons aren’t of particularly great quality and are the same ones found on an entry level Dodge Charger. That being said, the layout is ergonomically well done and the large knobs are very easy to use. The dial-type gear selector is excellent and the steering wheel was very nicely appointed with a nice wood/leather combination. Similarly, Chrysler’s infotainment system is one of the best on the market in my opinion. There is a lot to like here and with a few strategic tweaks the 300 interiors could be vastly improved to bring it in line with some of the competition. 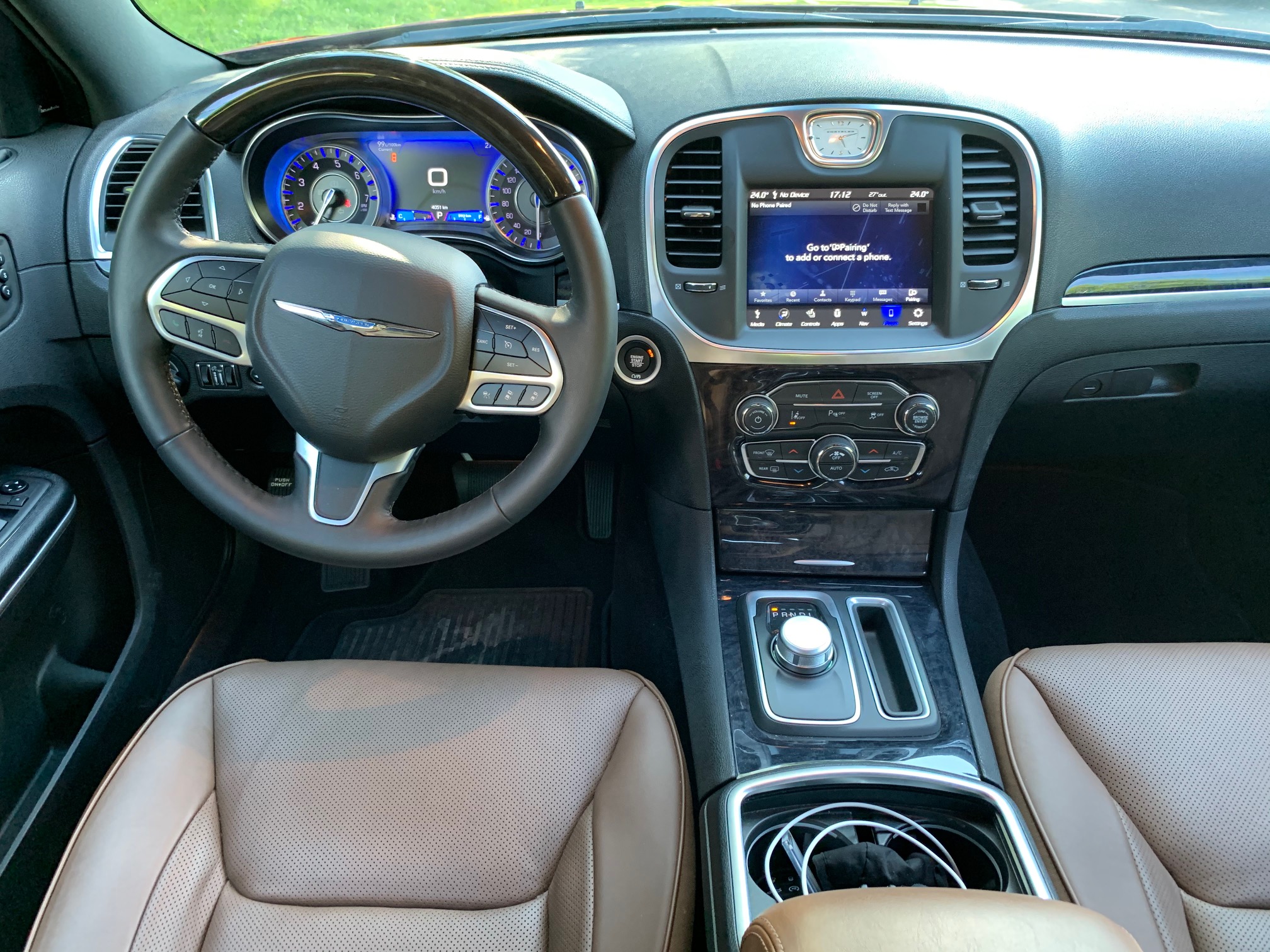 You can get into a base 300 Touring for as little as $38,095 at this time (Chrysler is offering $5,000 discounts on these models). The 300S adds 20-inch black wheels, blacked-out grilles and headlight housings, Sport driving mode and 6 premium speakers for $40,795. The Limited swaps out the black wheels for polished aluminum and adds heated/ventilated front seats, the wood/leather steering wheel and chrome exterior accents for $41,795. Finally, the top-of-the-line 300C comes with the 5.7L HEMI, adaptive bi-xenon headlights and premium Nappa leather for $46,895.

The 300 remains a pleasure to drive and it’s looks have held up fairly well. The sedan market is increasingly tough and a few enhancements would likely help keep the car competitive in the near future if Chrysler intends to stay relevant in the category. 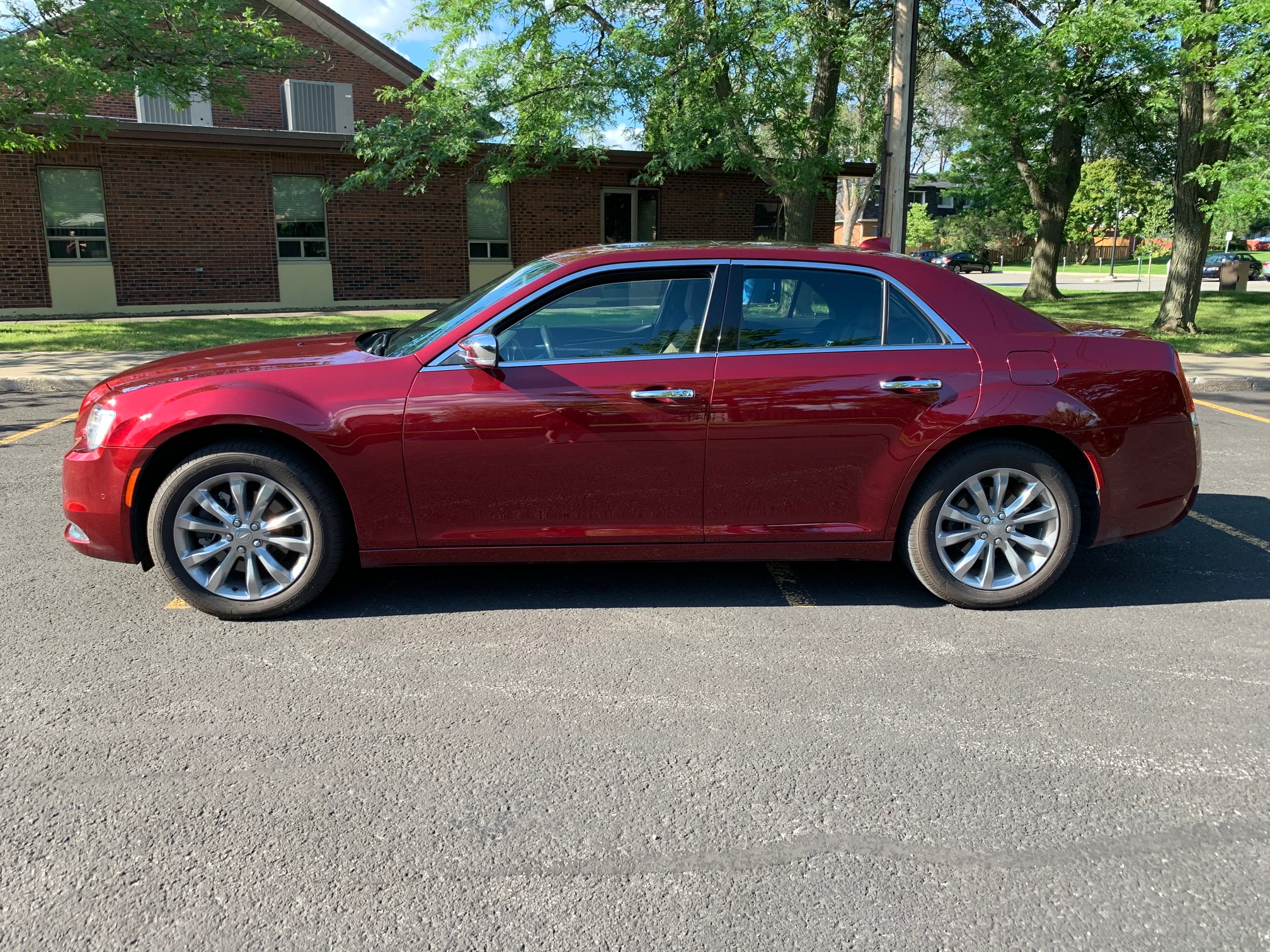 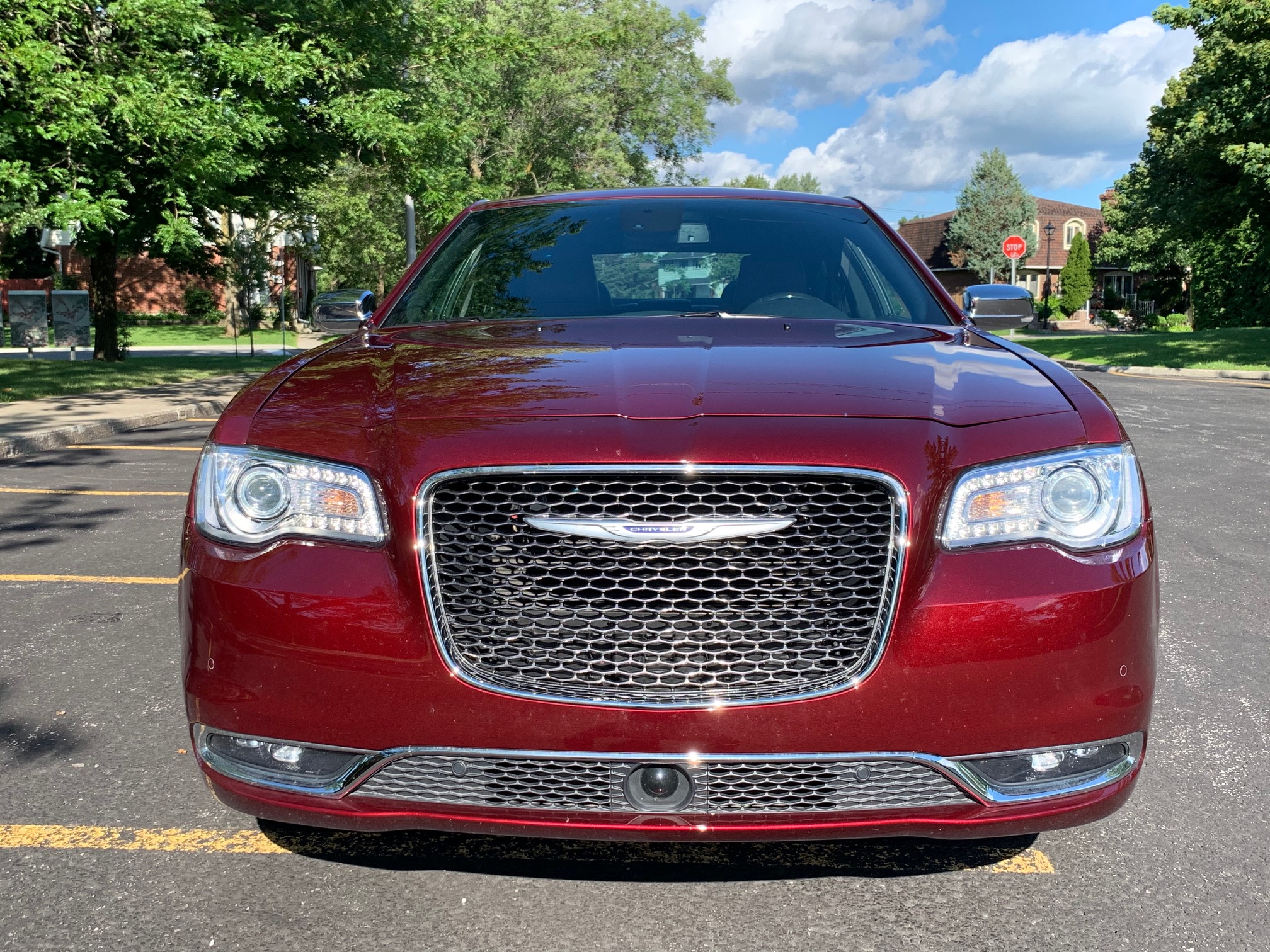 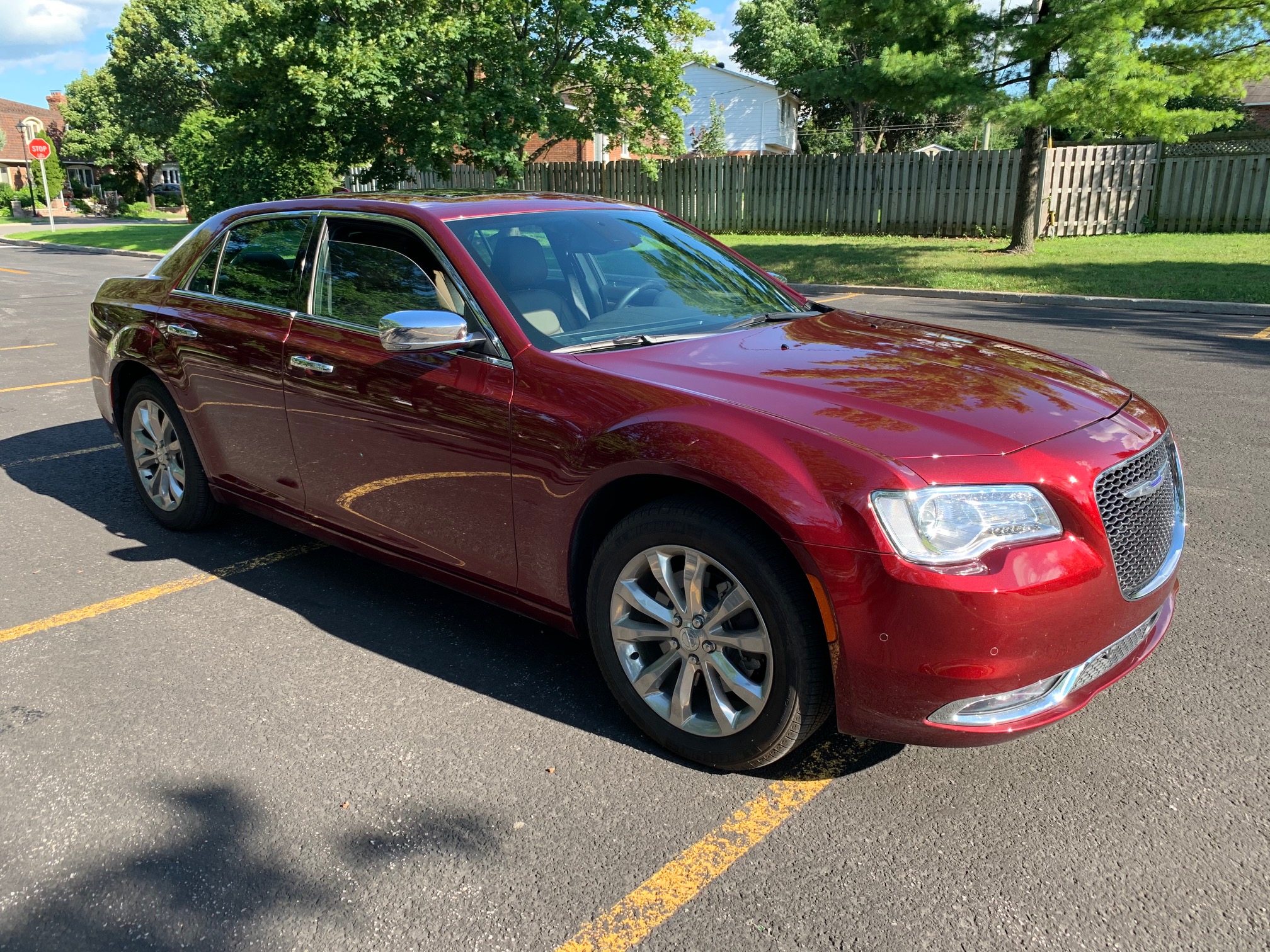 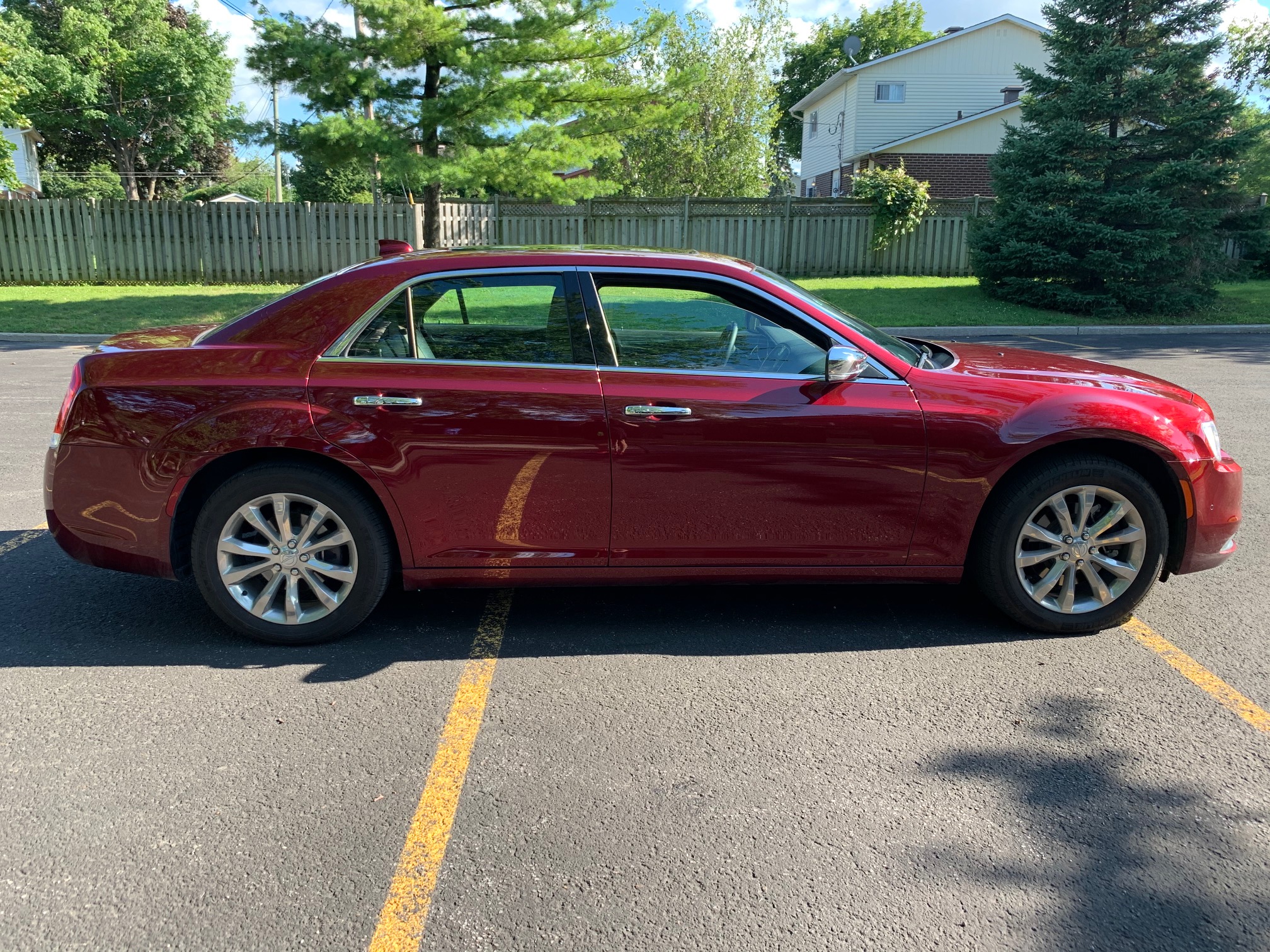 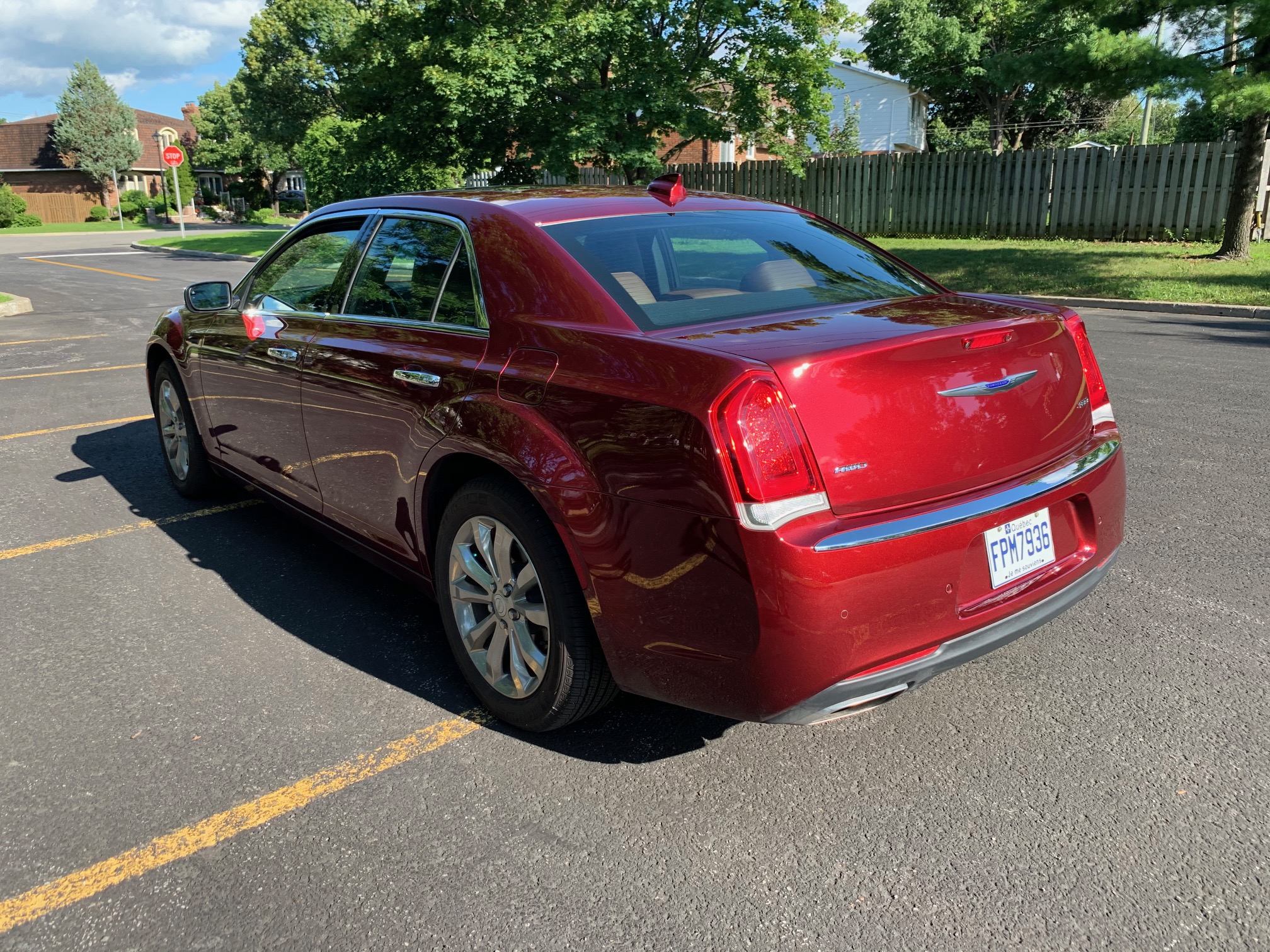 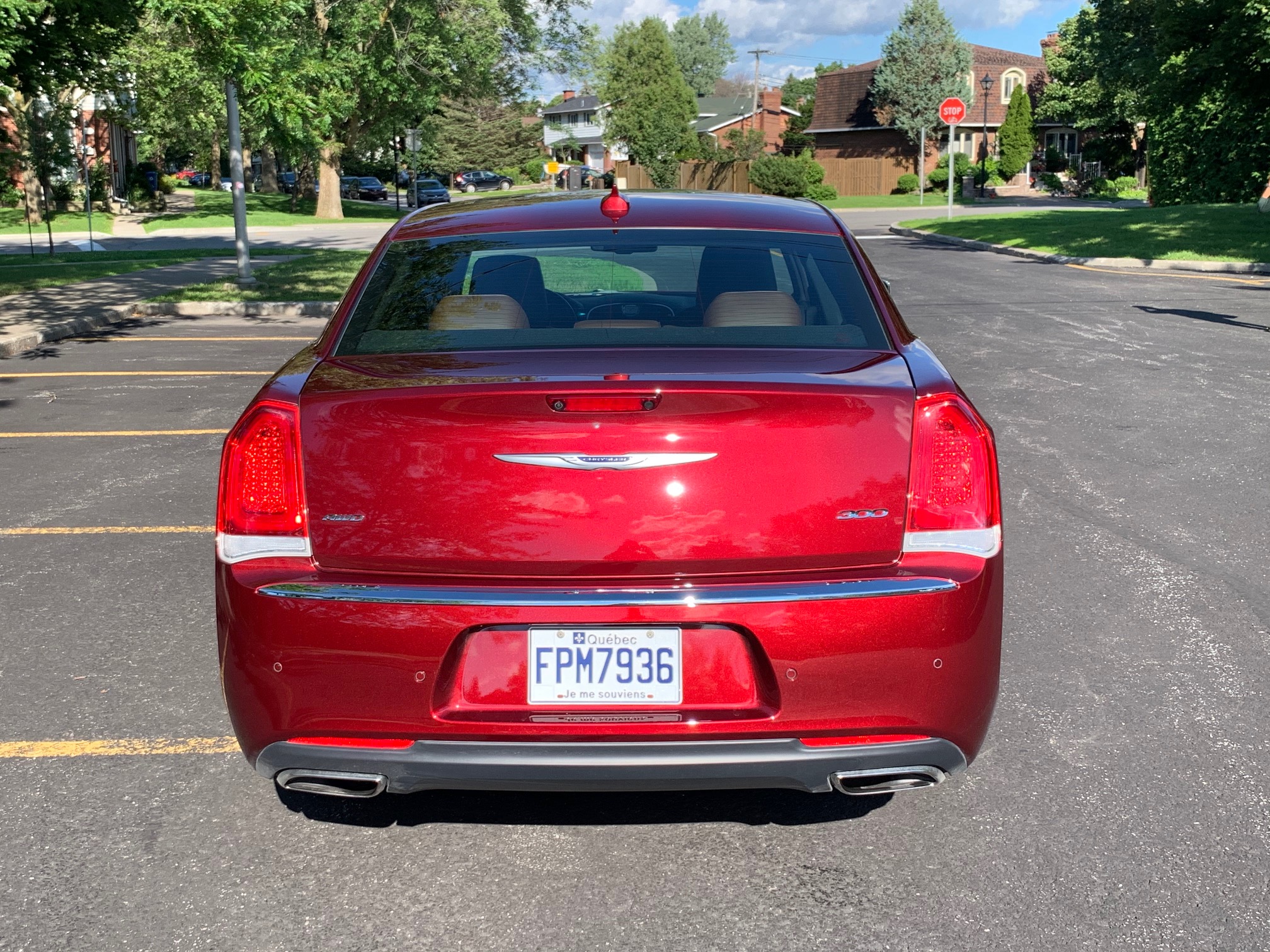 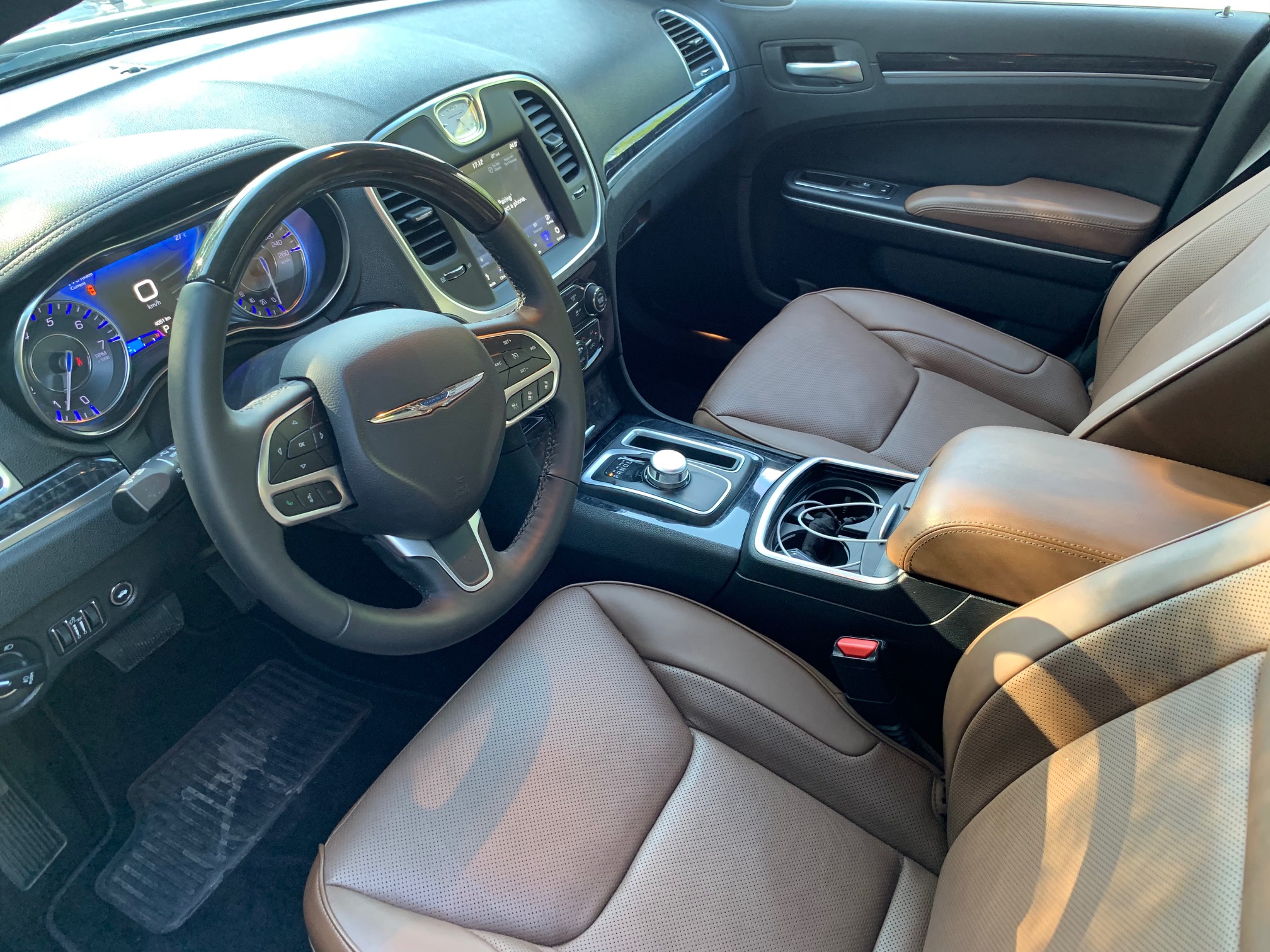 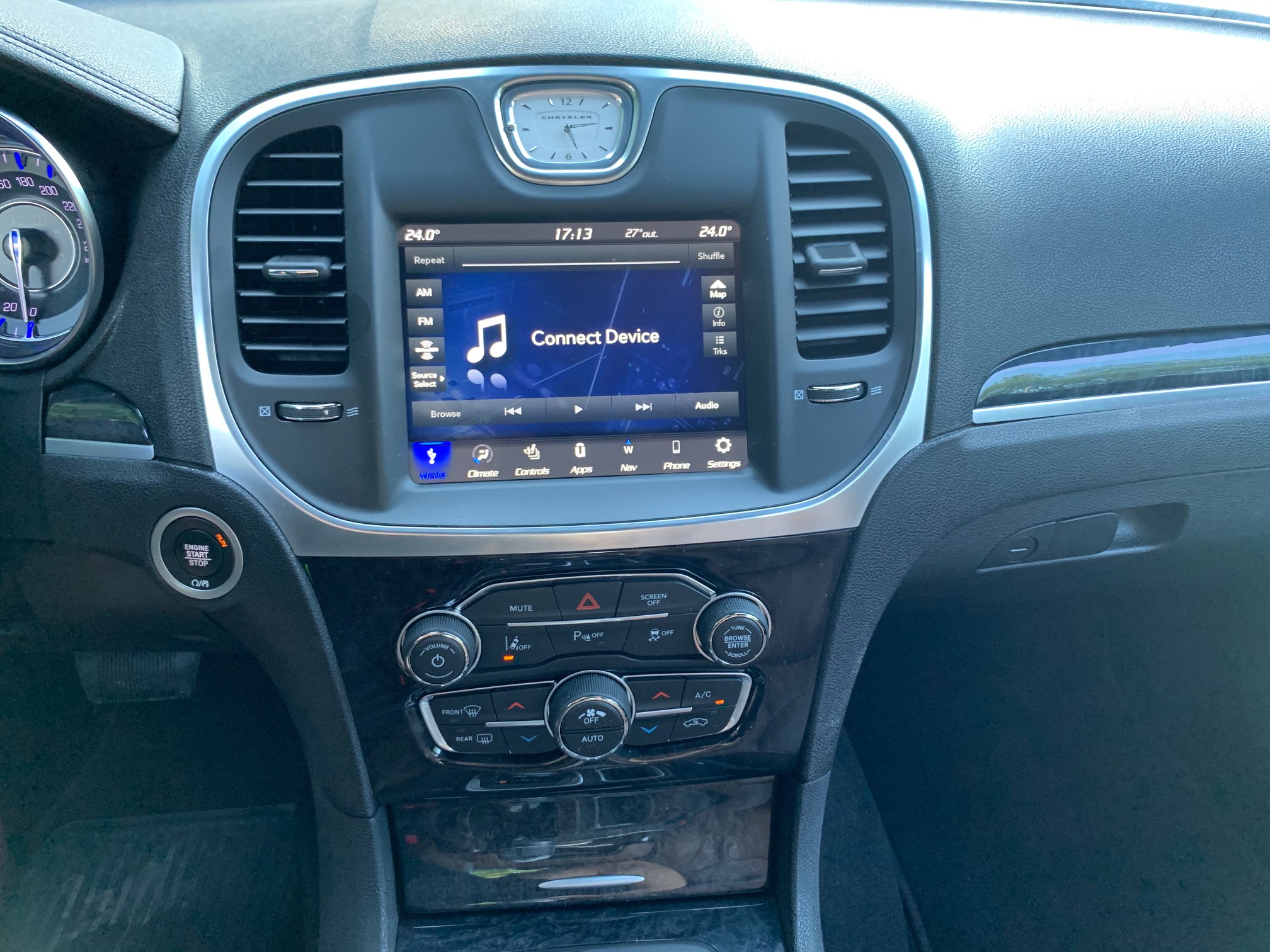