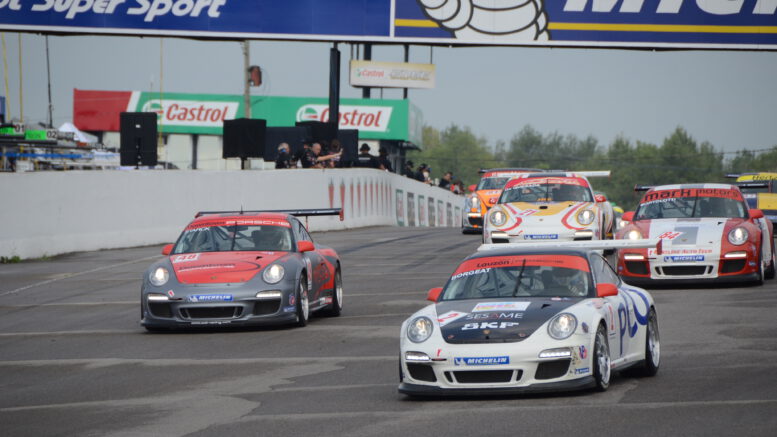 Across the world, sports provide opportunities for people to come together and Canada is no exception. Each year, there are sporting events that capture the hearts of the nation. Here, though, we are going to shine a spotlight on the biggest motorsports events in Canada.

While the US is relatively ambivalent towards Formula 1, Canadians know a great motorsport when they see one. Rather than drive around in a circle, F1 travels the world to visit racetracks with circuits that are more complex than the ones found in US sports such as NASCAR or the IndyCar Series. For Canadian sports fans, this Grand Prix is the best time for them to bet if they enjoy F1. Canadians that love to wager can even test out some online casinos that include sports betting events.

The Canadian Grand Prix was initially hosted in the F1 calendar in 1967 and took place at Mosport Park, Ontario. Following on, the Grand Prix alternated with Circuit Mont-Tremblant, Quebec. In 1979, the Grand Prix relocated to Montreal, where it has held in the majority of seasons ever since. In fact, it has been a permanent fixture at Circuit Gilles Villeneuve since 2002.

Since 1961, there have been 56 Canadian Grand Prix and the last was held in 2019 – pre-COVID. The last event made history because British driver Lewis Hamilton won a seventh Canadian Grand Prix to equal the all-time record of the legendary Michael Schumacher. And the pair are way ahead of Nelson Piquet’s three first-place finishes in Canada.

Gilles Villeneuve remains the only Canadian to have won the Grand Prix, having done so in 1978 as the final race of the season. For Canada, it has been a long wait to see another driver win on home soil. His son, Jacques Villeneuve, came close and has finished second. However, Jacques holds the honor of being the only Canadian F1 champion in the history of the sport.

However, the success of CASCAR was limited and this prompted the governing body to collaborate with the US National Association for Stock Car Auto Racing (NASCAR) in 2004. Initially, the collaboration focused on reimagining the CASCAR Super Series. However, that changed in 2007 with the debut of the NASCAR Canadian Tire Series (NCATS) in 2007. Nine years later, Canadian Tire withdrew its sponsorship and was replaced by Pinty’s Delicious Foods.

Several tracks in Canada have played host to NASCAR Pinty’s Series, including the provinces of Quebec, Ontario, Alberta, British Columbia, Nova Scotia, and Saskatchewan. More recently, Loudon of New Hampshire was selected to host a leg of the series. After hosting in 2018 and 2019, Loudon has since fired out of the series, Ohsweken Speedway are you replacing the track in 2021.

The all-time champion is currently Scott Steckly after winning the Pinty’s Series in 2008, 2011, 2013, and 2015. However, Andrew Ranger is threatening Steckly’s record after winning his third Pinty series in 2019. Meanwhile, D. J. Kennington and L. P. Dumoulin have won the series on two occasions. As for all-time wins, Andrew Ranger leads with 28, appearing ahead of D. J. Kennington on 21 and Scott Steckly on 19.

IndyCar is the governing body of open-wheel racing in the US. Although the majority of IndyCar series and races are hosted in the US, there have been times when IndyCar events have been hosted north of the border. In fact, Edmonton City Centre Airport has featured eight races and eight seasons as a street circuit from 2005 to 2007 in the CART series and 2008 to 2012 in the IndyCar series.

From 1967 to 1968, the Molson Diamond Indy was hosted at the Canadian Tire Motorsport Park in Bowmanville, Ontario, and returned from 1977 to 1978 for the USAC series. Also notable was the Molson Indy Montreal, which was hosted as a CART circuit at the Sanair Super Speedway and Circuit Gilles Villeneuve from 1984 to 1986 and 2002 to 2006. Meanwhile, a handful of races have been hosted at Circuit Mont-Tremblant.

In recent years, COVID-19 has prevented the Honda Indy Toronto from taking place. Thus far, the race has been halted in two consecutive years. This has been frustrating for Dalton Kellett and James Hinchcliffe as the two most recognizable Canadian Indy car drivers currently in the sport. Historically, Paul Tracy is the only Canadian IndyCar driver to have won on home soil and he did so twice in 1993 and 2003.

Within Canadian motorsports news, fans might also recognise the IMSA GT3 Cup Challenge. Despite running for nine consecutive seasons, the event was forced to shutter by COVID in 2020, having been established in 2011. As for the format, drivers are required to race only in Porsche 911 GT3s, thus providing a level playing field compared to most other motorsports.

Sure enough, only one driver has won the Platinum Class Championship more than once – this was achieved by Scott our growth in 2014 and 2017. After being thwarted by COVID, it has been reported that the competition will re-emerge as the Porsche Carrera Cup North America in 2021.