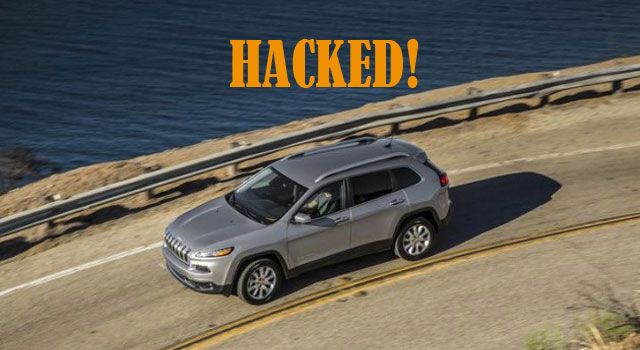 The journalist invited them to conduct the experiment while he took a brand new Jeep Cherokee on the highway outside of St-Louis.

The hackers played with the air conditioning, radio and wipers for starters. Then things got a little more dangerous when they cut the transmission, bringing the vehicle to a halt on a busy highway.

“Immediately my accelerator stopped working. As I frantically pressed the pedal and watched the RPMs climb, the Jeep lost half its speed, then slowed to a crawl. This occurred just as I reached a long overpass, with no shoulder to offer an escape. The experiment had ceased to be fun.”

Fortunately, nobody was hurt in the experiment. Chrysler has released a patch that must be installed via USB but the hackers don’t feel like the company is taking the matter as seriously as they should.