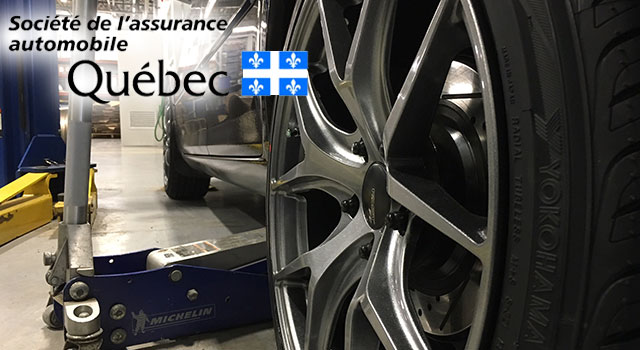 Late last night the SAAQ dropped a bomb on the tuning industry with the revelation that aftermarket wheels would no longer be permitted on cars in Quebec.

Aftermarket wheels are wheels that were purchased after the sale of the vehicle and come in varying sizes. Car owners often buy them to improve the look and performance of their vehicles.

But the SAAQ is having none of it anymore.

After a series of successful crackdowns on tuners in recent years, the SAAQ decided to go all the way and hit tuners really hard in 2016. SAAQ spokesperson Jean-Sylvestre Laliberté explains:

“We don’t believe people should be able to modify their cars and so slowly, but surely, we are taking steps to eliminate this problem. Tuners represent a clear and present danger to regular people on the road with their flashy cars and loud music and poor driving habits.”

MontrealRacing pressed the spokesperson on how they will know if a wheel is aftermarket or not. After all, many dealers sell upgraded wheel packages right in the showroom.

“If it doesn’t have a small sticker in the middle with the logo of the car then it’s aftermarket”, Laliberté explained.

It’s clear that the policy has not been well thought out and cannot be sustained.

We’ll keep you posted on any further developments.

The History of Quebec’s No-Fault Insurance