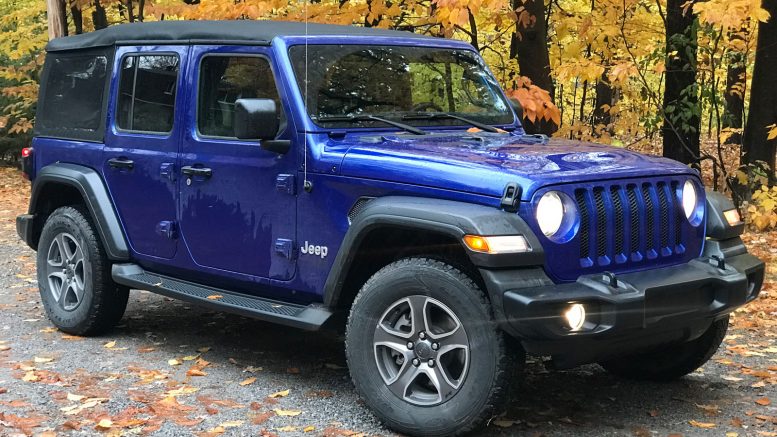 Perhaps one of the most recognizable vehicles worldwide, the Jeep Wrangler has been totally re-worked to the point where the company considers it all-new for 2018. The untrained eye may not even notice much of a difference from the last model but that’s just fine because you don’t change a winning design if you don’t need to (just ask Porsche).

The new Jeep is longer and wider than its predecessor. The wheelbase has even been stretched about 6 cm to beef up interior leg room and cargo capacity. Jeep fans will notice updated square taillights and an altered front fascia including new LED lighting options. All the signature Jeep traits are still there including the legendary seven-slot grille now with an updated look. 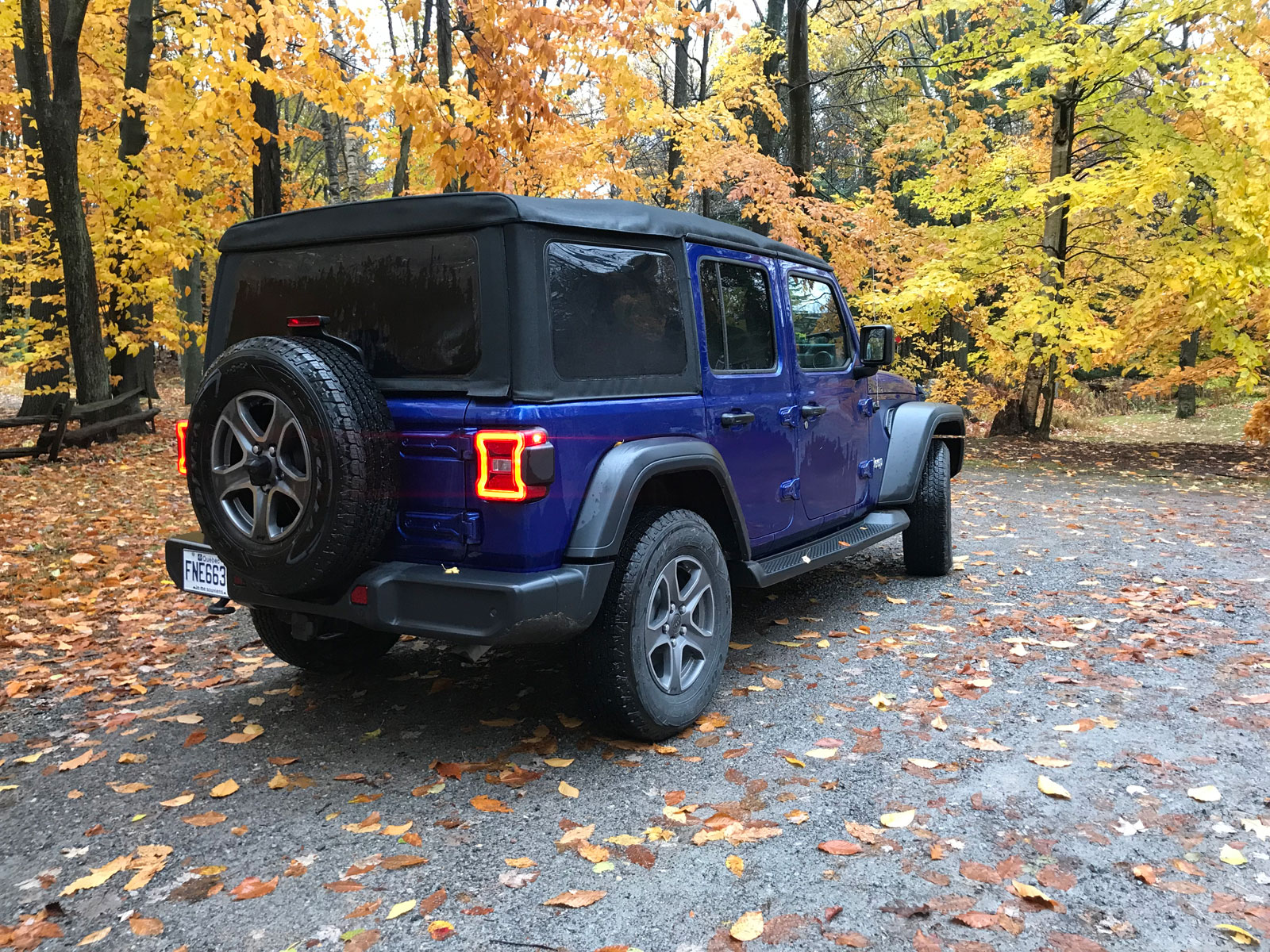 Dozens of different door, top and windshield combinations allow for endless configuration possibilities. The all-new Jeep is now easier than ever to turn into an open-air funhouse. It comes with the tools you need to remove the stop and doors and you can even fold the windshield forward for the true wind-in-your-face experience. I didn’t have the pleasure of trying this (mainly because it was below freezing when I had the Jeep) but it’s a little more complicated than, say, retracting the roof on a convertible.

Sitting in the 2018 Wrangler it’s easy to notice how it benefits from that 6 cm increase in length. There is plenty of room for adults in the rear and ample space up front. The cabin itself has also been re-designed with a more functional layout. The window buttons have to remain in the center to allow for the “no doors” mode but other than that everything is very easy to use. The test vehicle came with the $995 technology package that includes the Uconnect4 infotainment system – one of the best on the market. It’s so easy to use and should be the model for which every other manufacturer strives themselves to emulate. 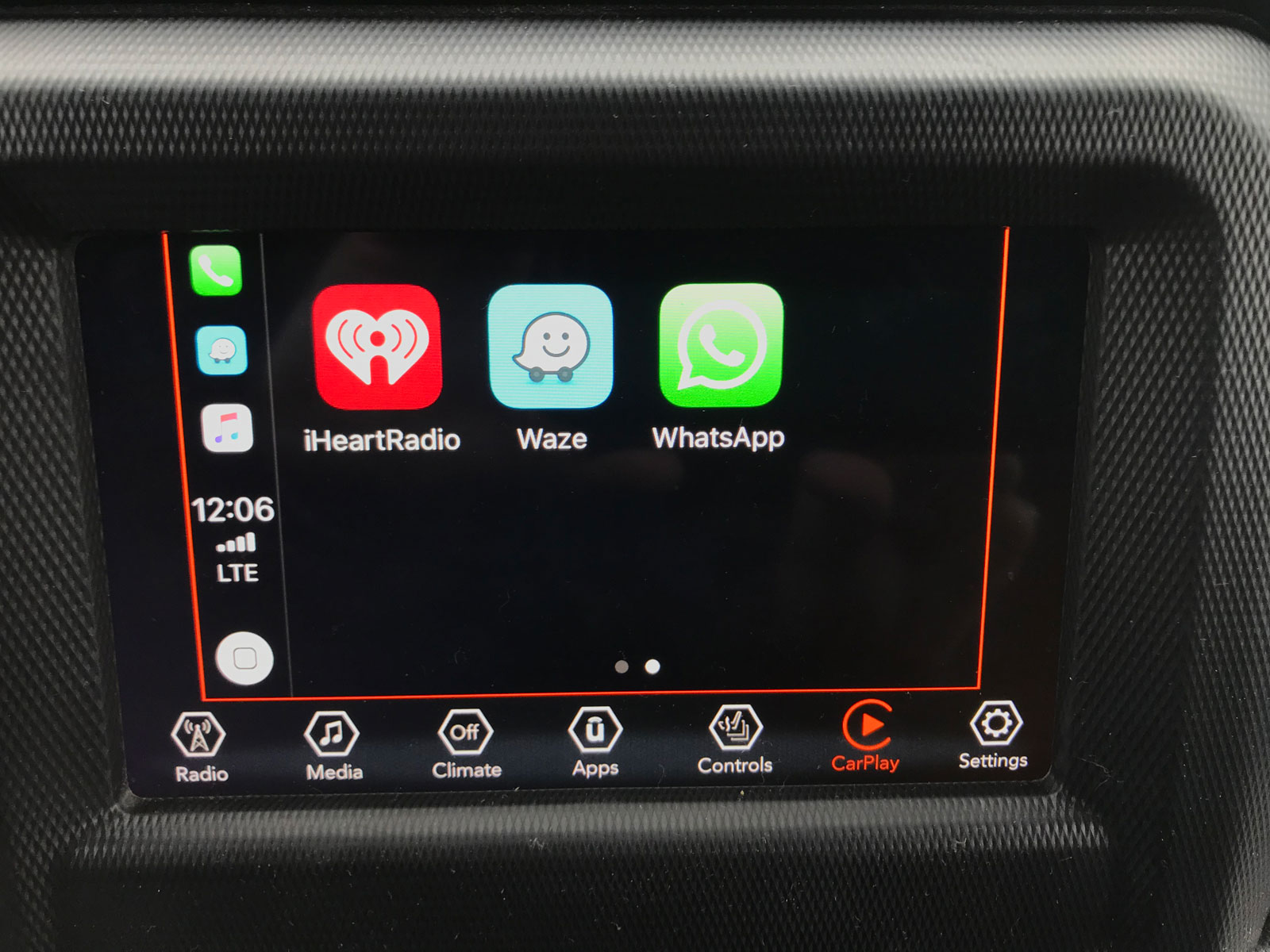 Where the new Jeep really shines is its improved drivability. There has been a substantial increase in daily-drivability without sacrificing any off-road prowess. I remember decrying in 2016 just how poor the ride was for daily driving but this is not the case anymore. The Jeep was a pleasure to scoot around town in and even on extended highway jaunts. The steering is crisp and coupled with improved throttle response from a new eight-speed automatic transmission ($1595) it makes for a nice package. Now nobody should be under the impression that you can achieve Jeep Cherokee or Grand Cherokee levels of ride quality. The Wrangler remains, after all, a very highly capable off-road machine. It’s Trail Rating means the vehicle can pass certain independent tests in area likes traction, clearance & maneuverability.

The Wrangler Unlimited models are the four-door variants and all come with the Command-Trac 4X4 system. You may also spend $795 for the Selec-Trac system which has a number of modes including two-wheel drive, four-wheel auto, four-wheel lock and four-wheel low. 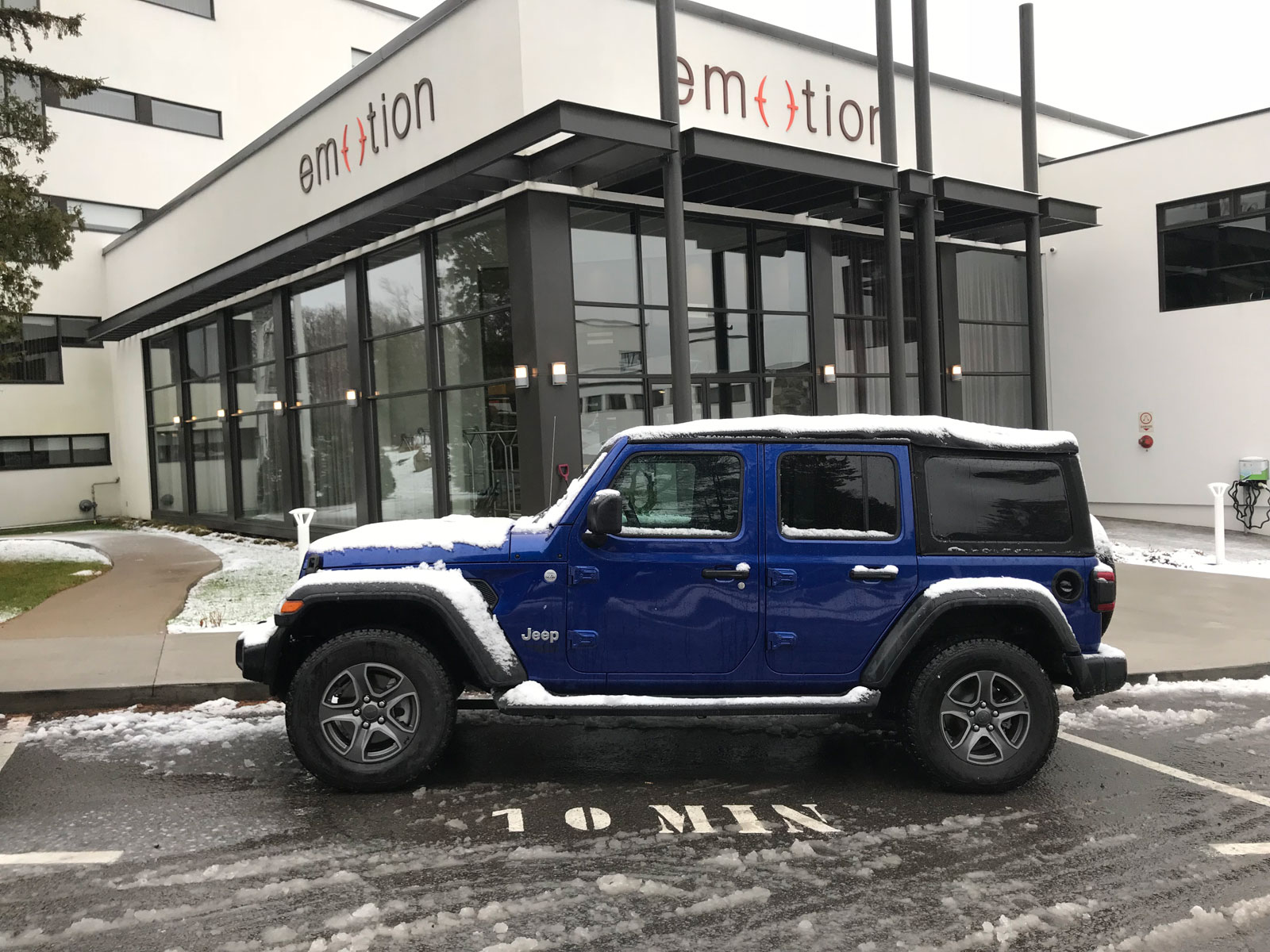 Even this base model Wrangler Unlimited S garnered plenty of attention on the road from Jeep owners and non-Jeep owners alike. You really get the sense how deep the Jeep fanbase goes when you drive one. Unfortunately, as with most niche products, be prepared to pay for them. The starting price for the four-door Unlimited is $42,245.

The other bad thing is just how many options there are available for the vehicle. The test vehicle came with fifteen different additions including the $2395 dual-top group which gives you the hard and soft tops. Other options included the blue paint, the tech package, convenience package, cold-weather package, heavy-duty electrical group, Safetytec group, rear wiper, side steps, alpine audio system and the other options mentioned in this article. With transport, this Wrangler has a selling price of $55,060.

Jeep has made many improvements for this all-new 2018 model. It was fun as heck to drive and has all the amenities necessary to compete with other SUVs on the road. It does require one to have a particular taste outdoorsy, off-roadsy type of things but there doesn’t seem to be a short supply of people who have it because they continue to sell like hotcakes. 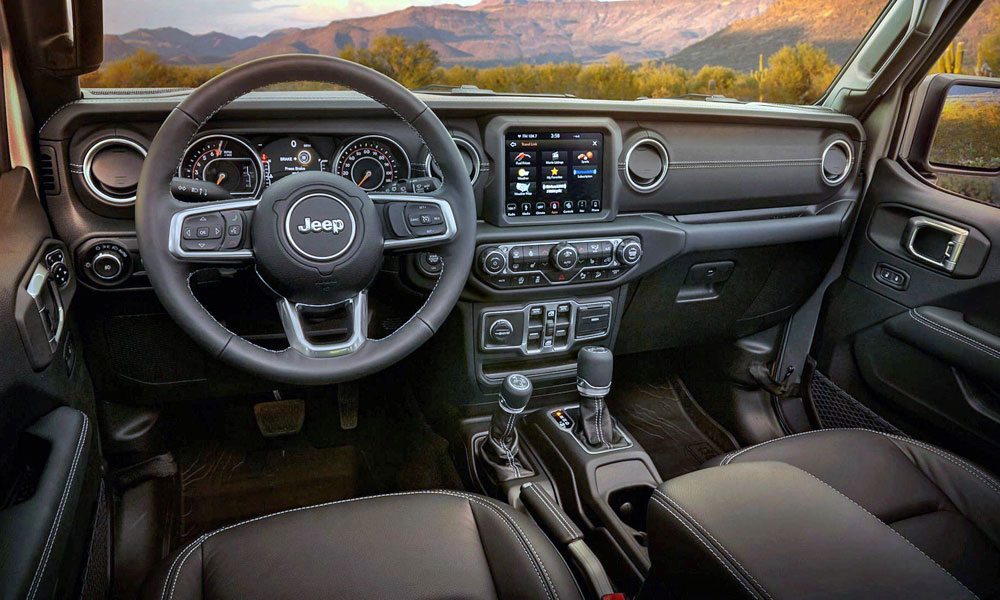 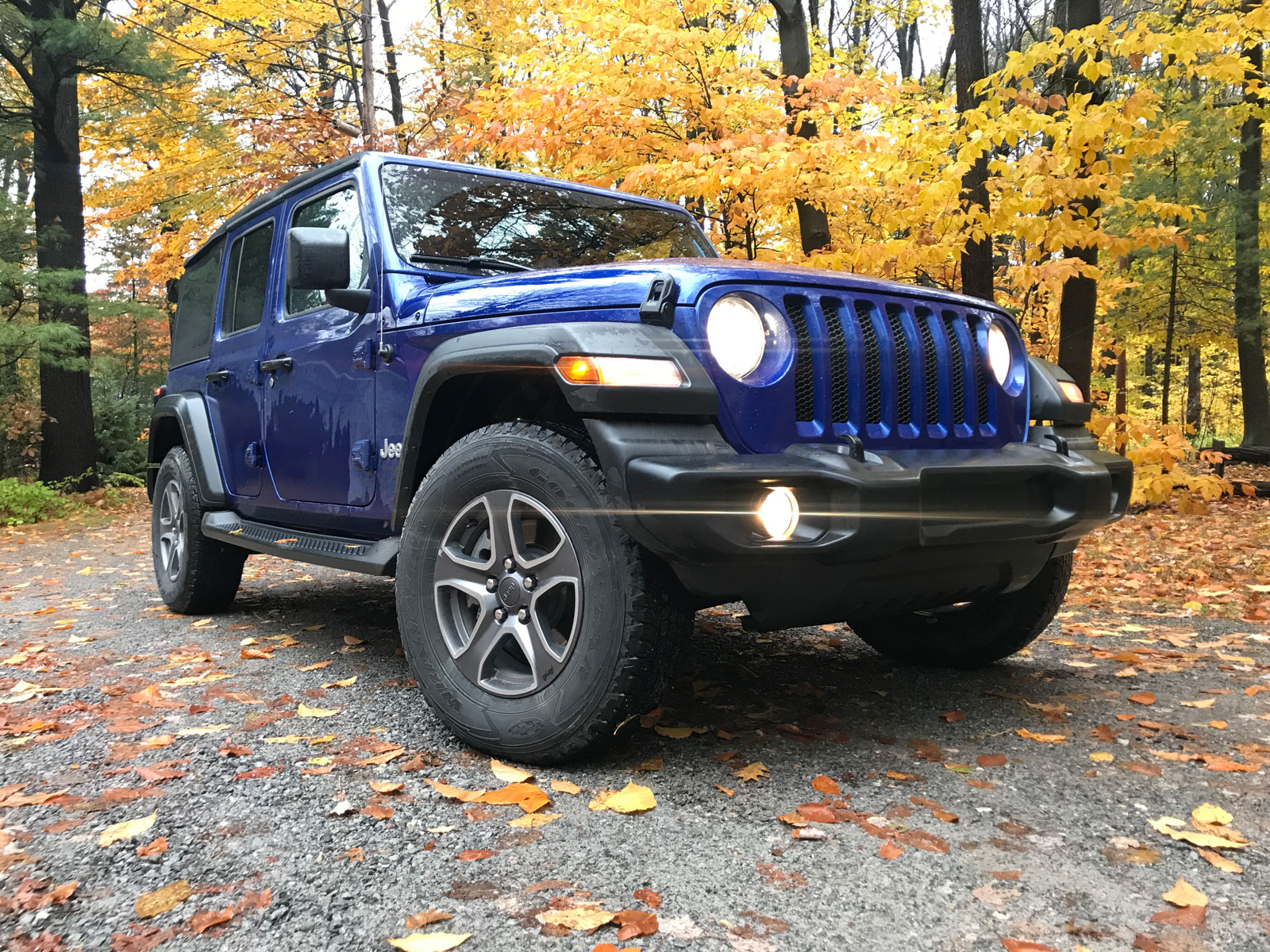 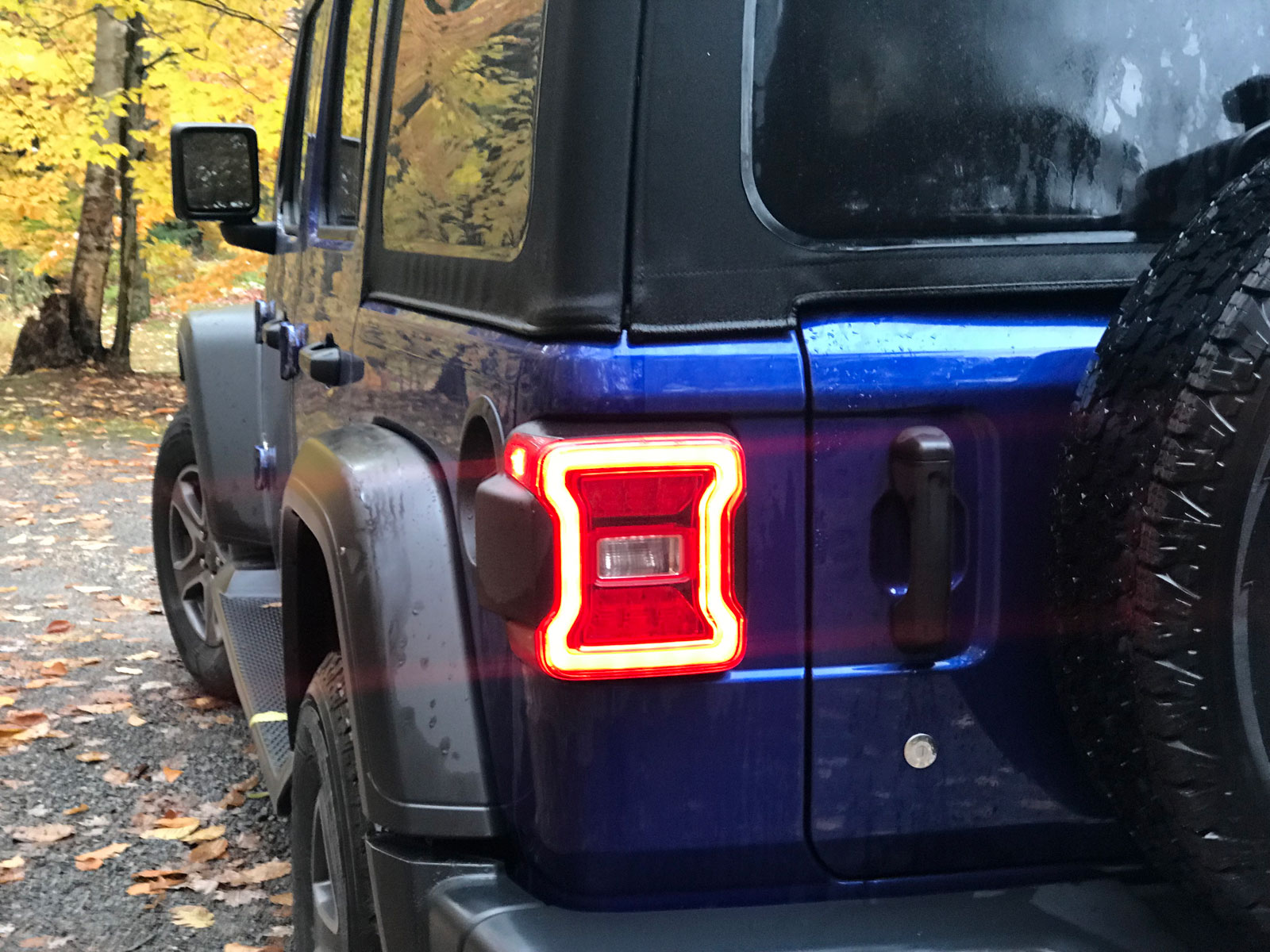 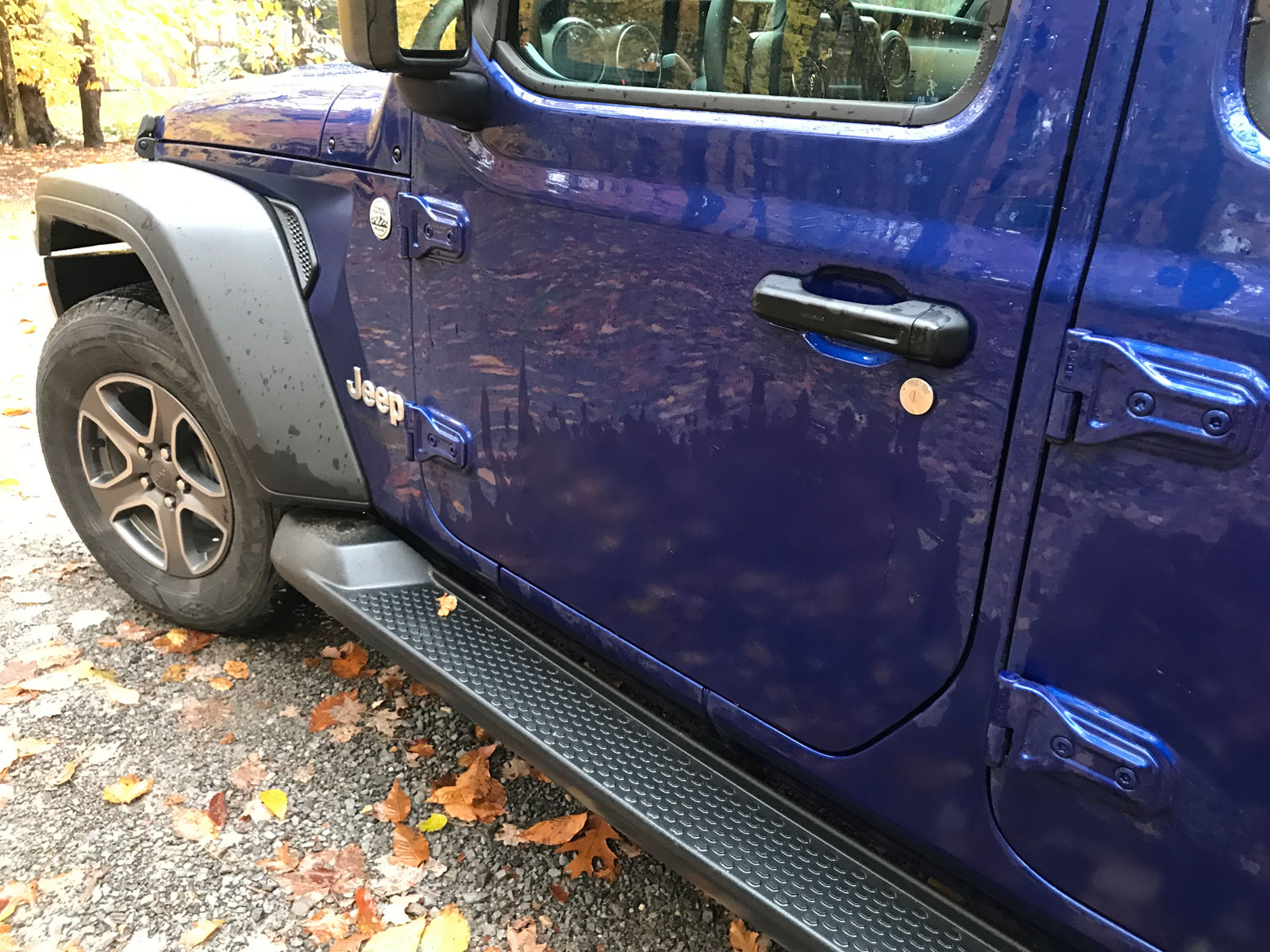 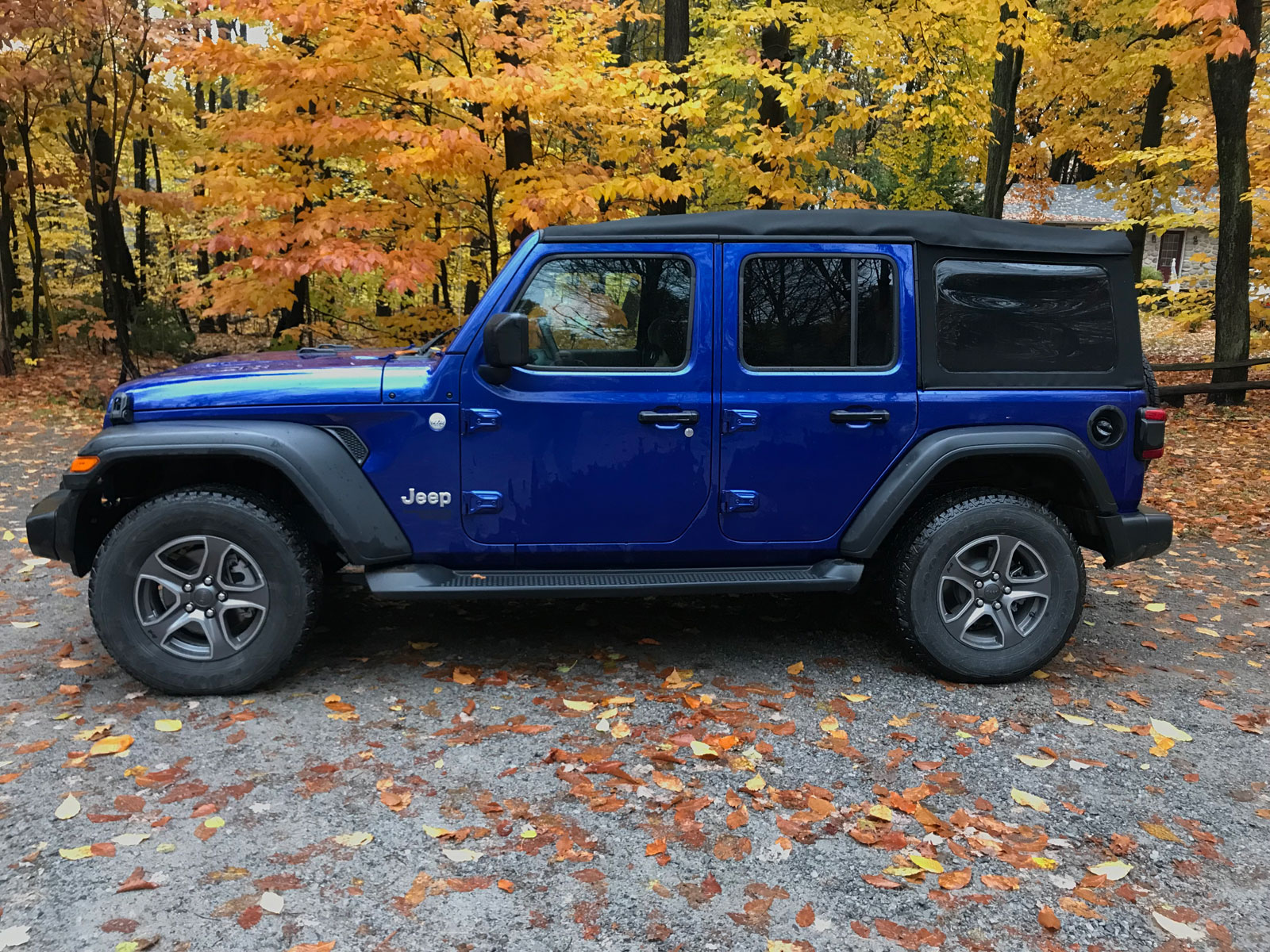 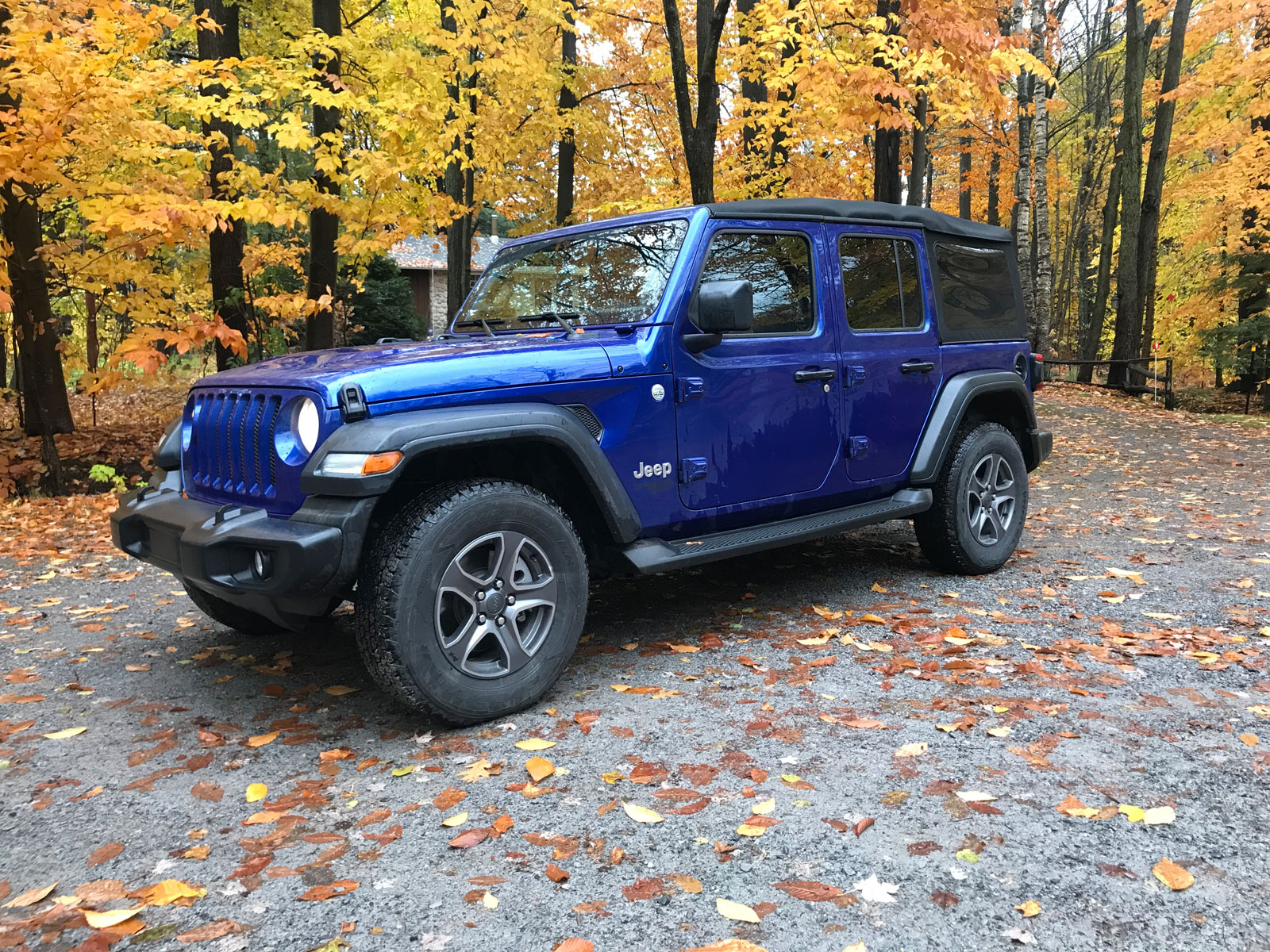 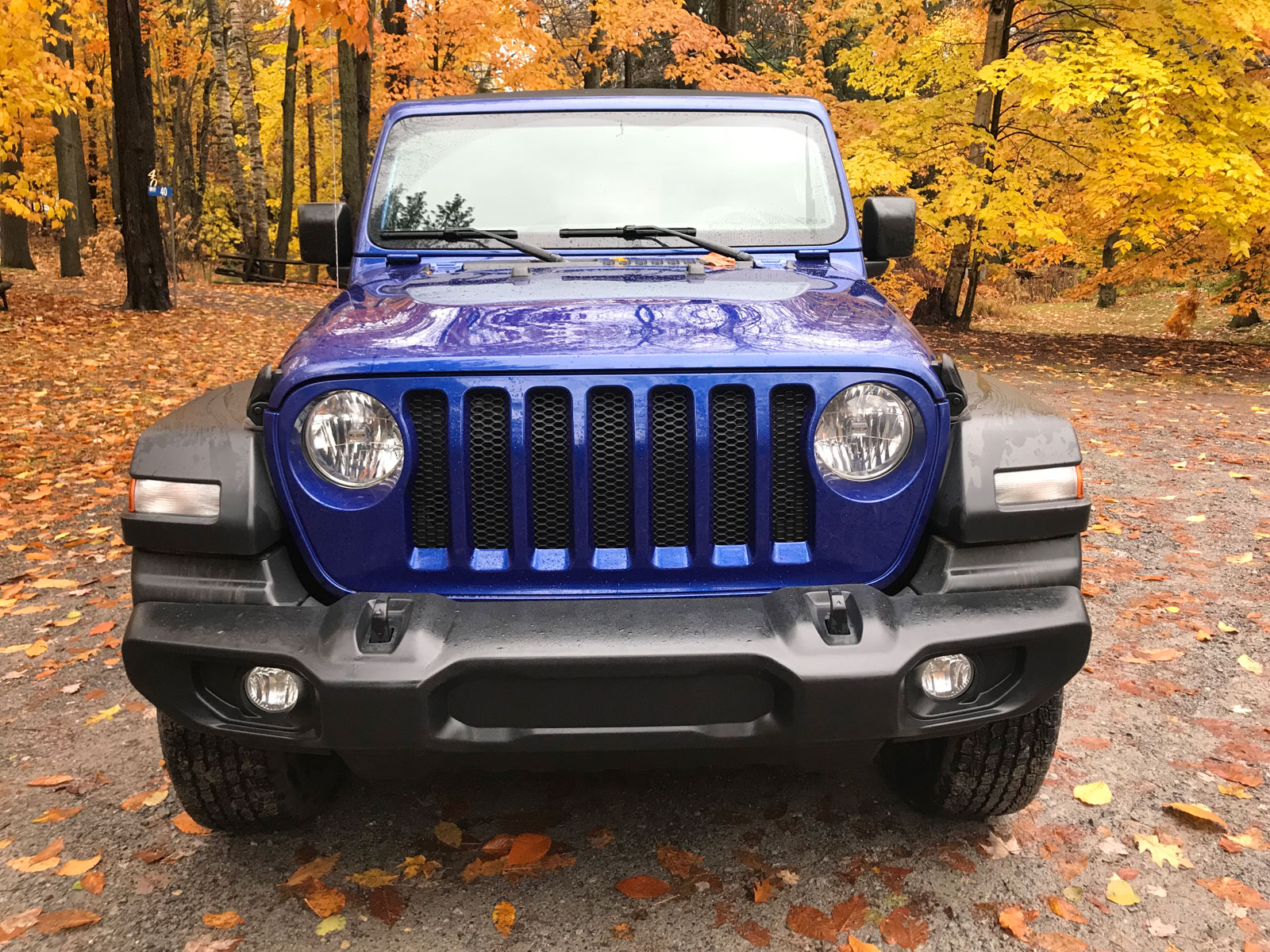 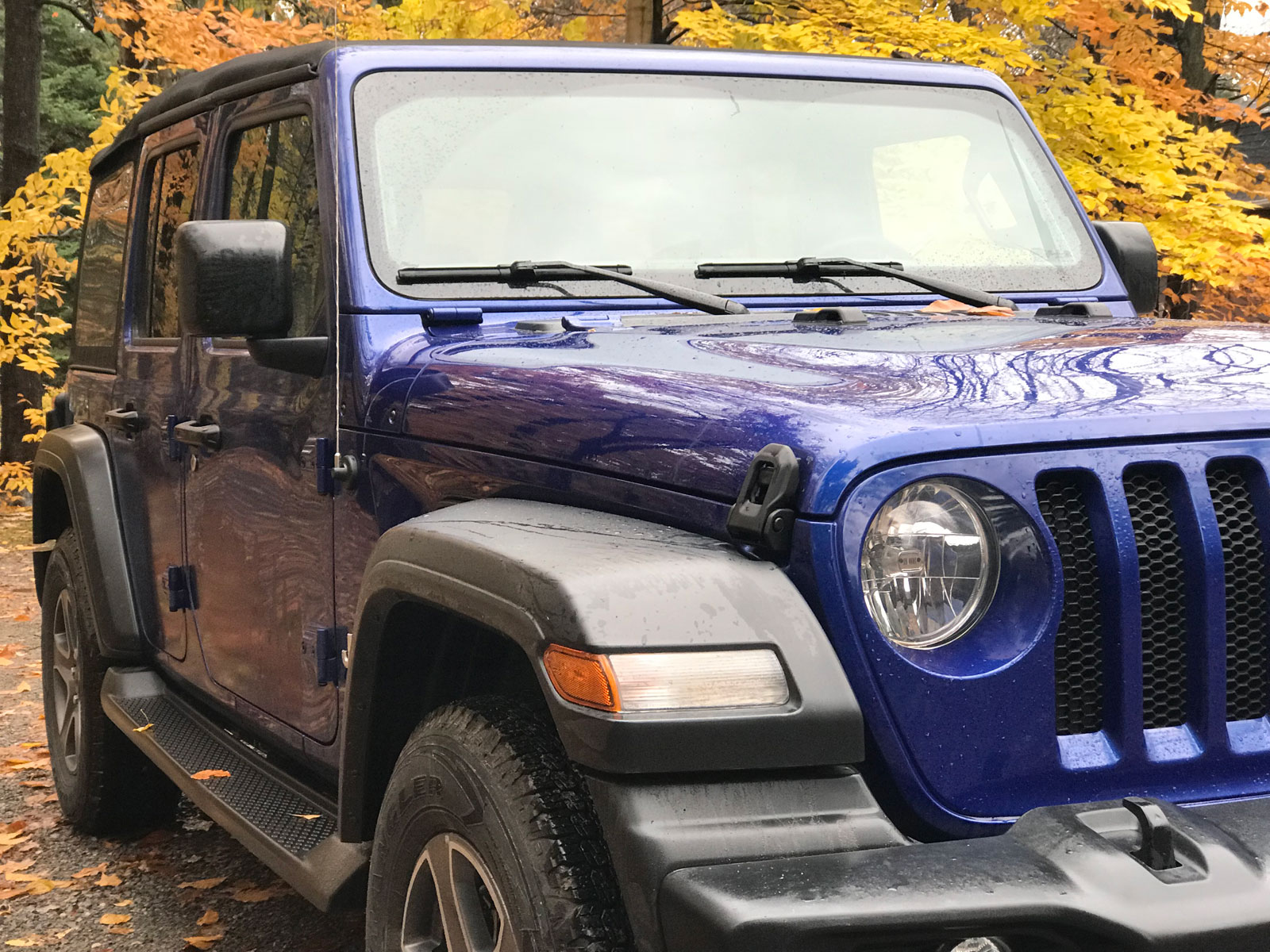 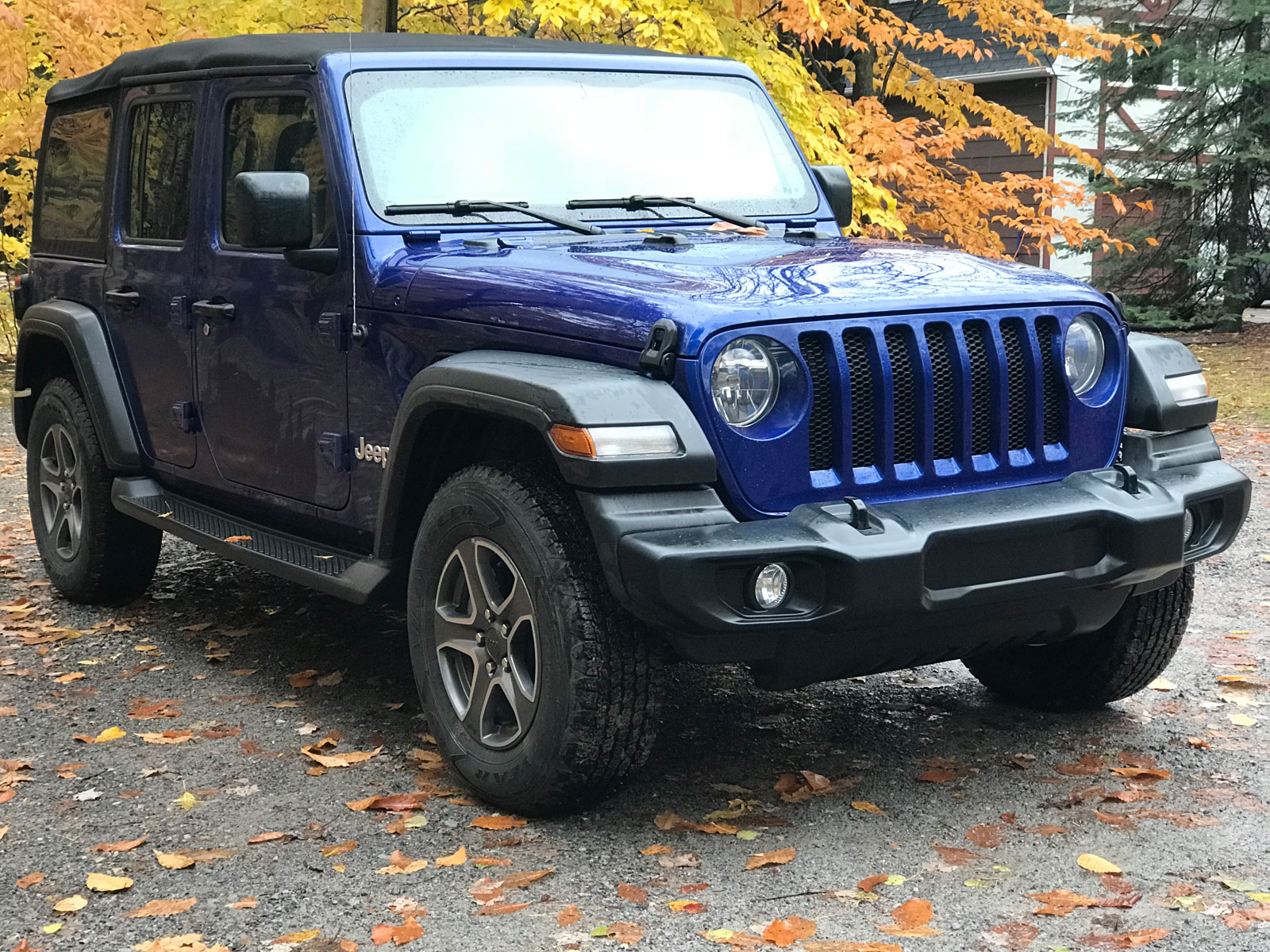 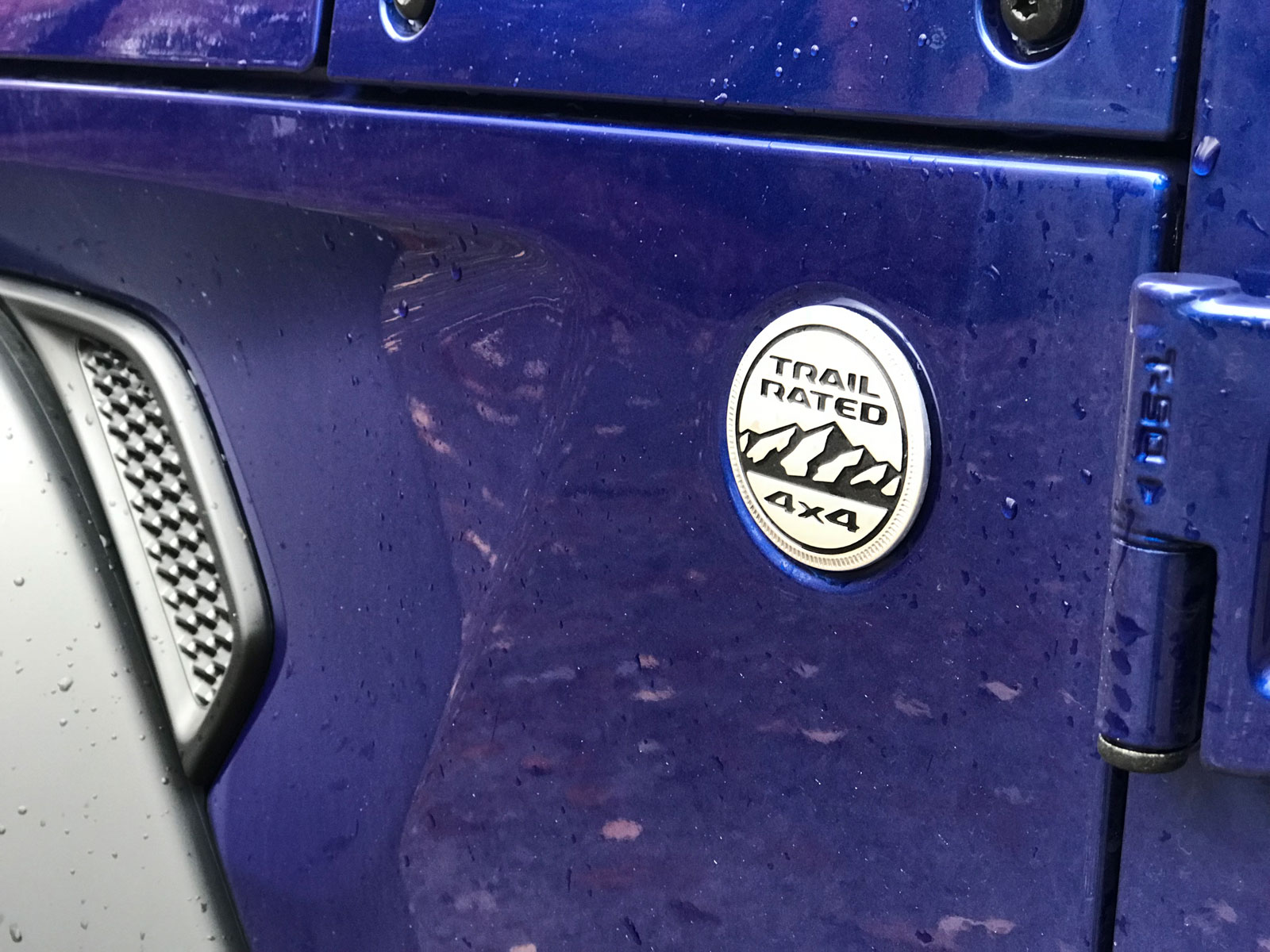 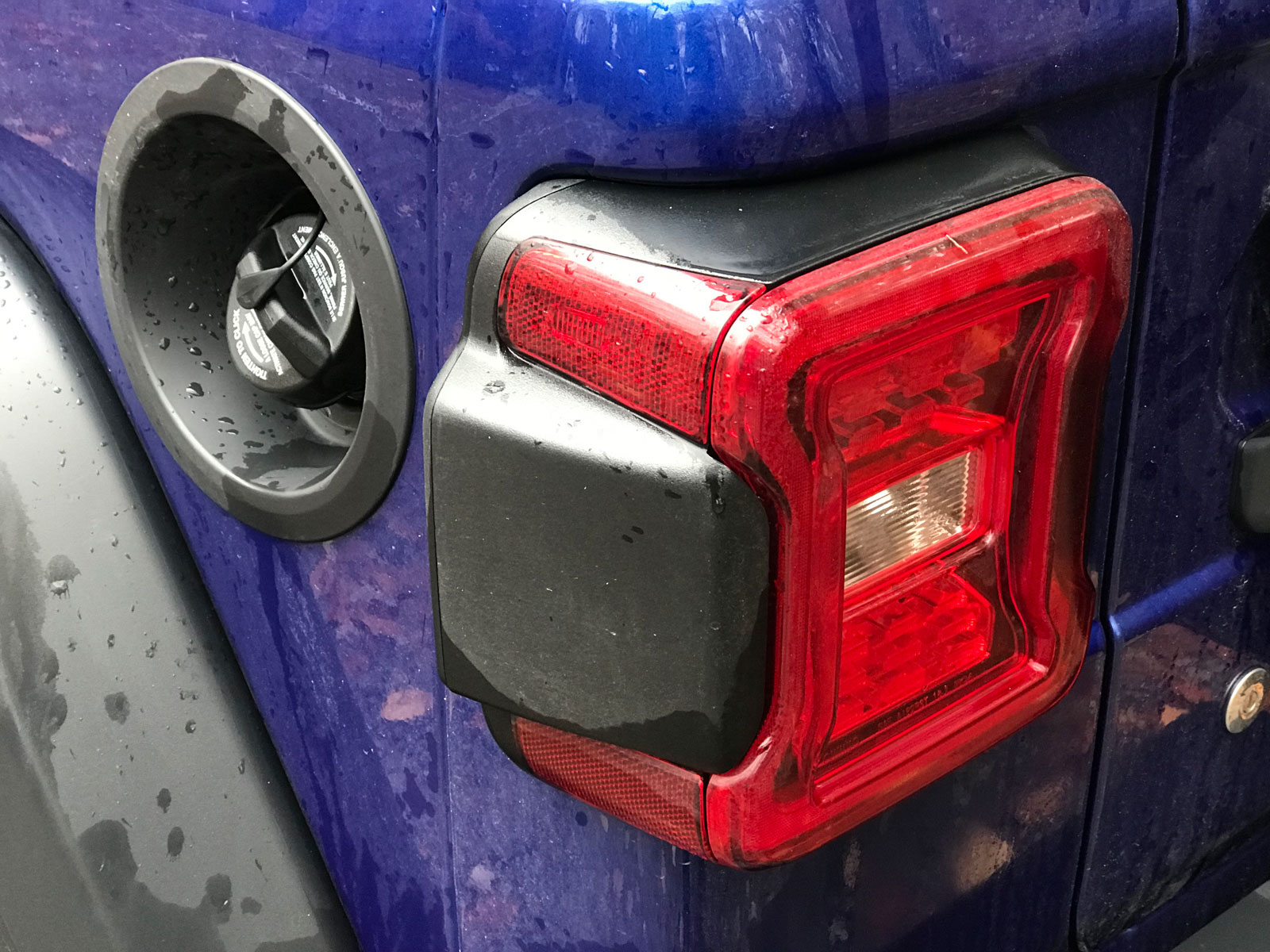 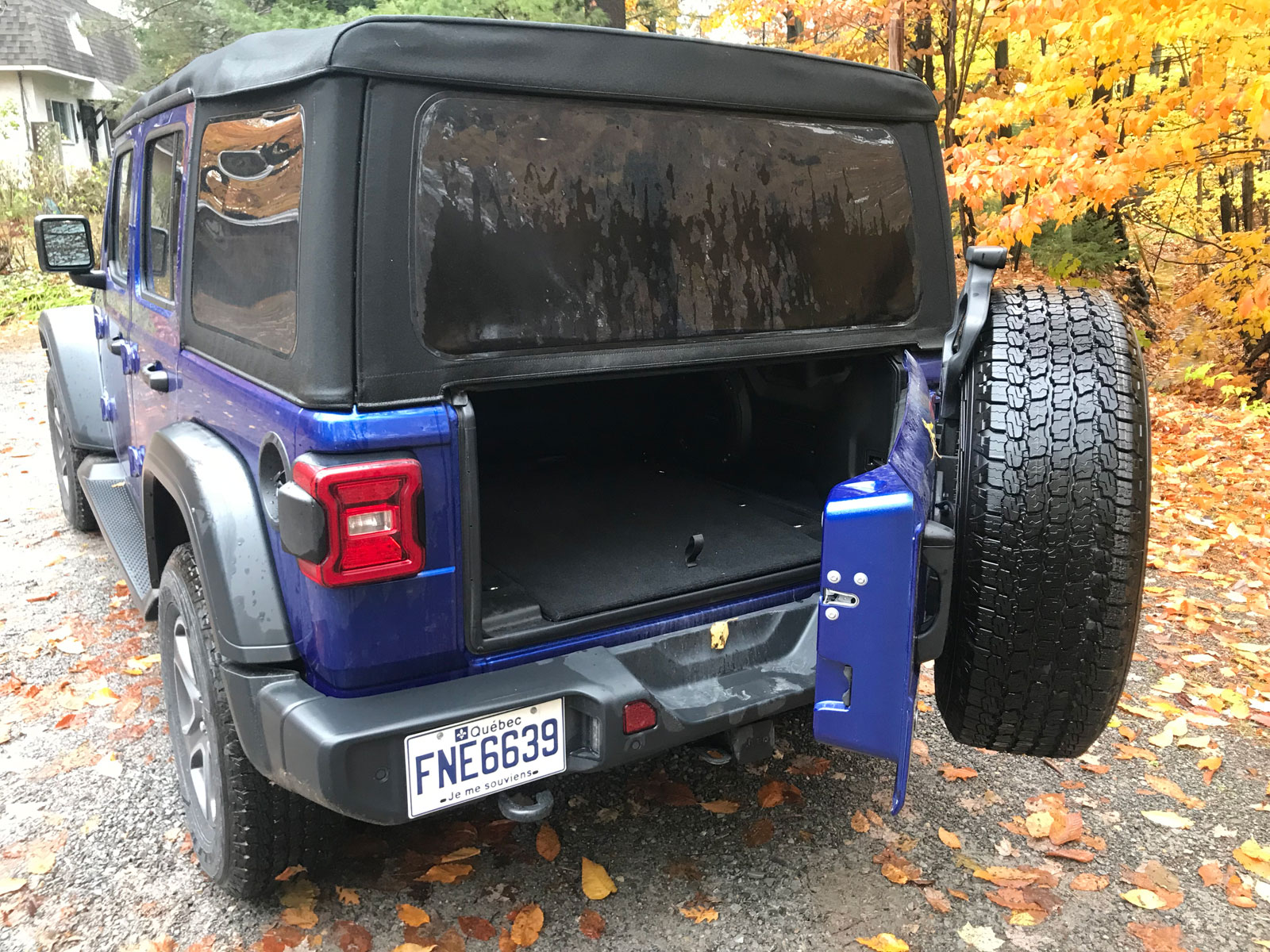 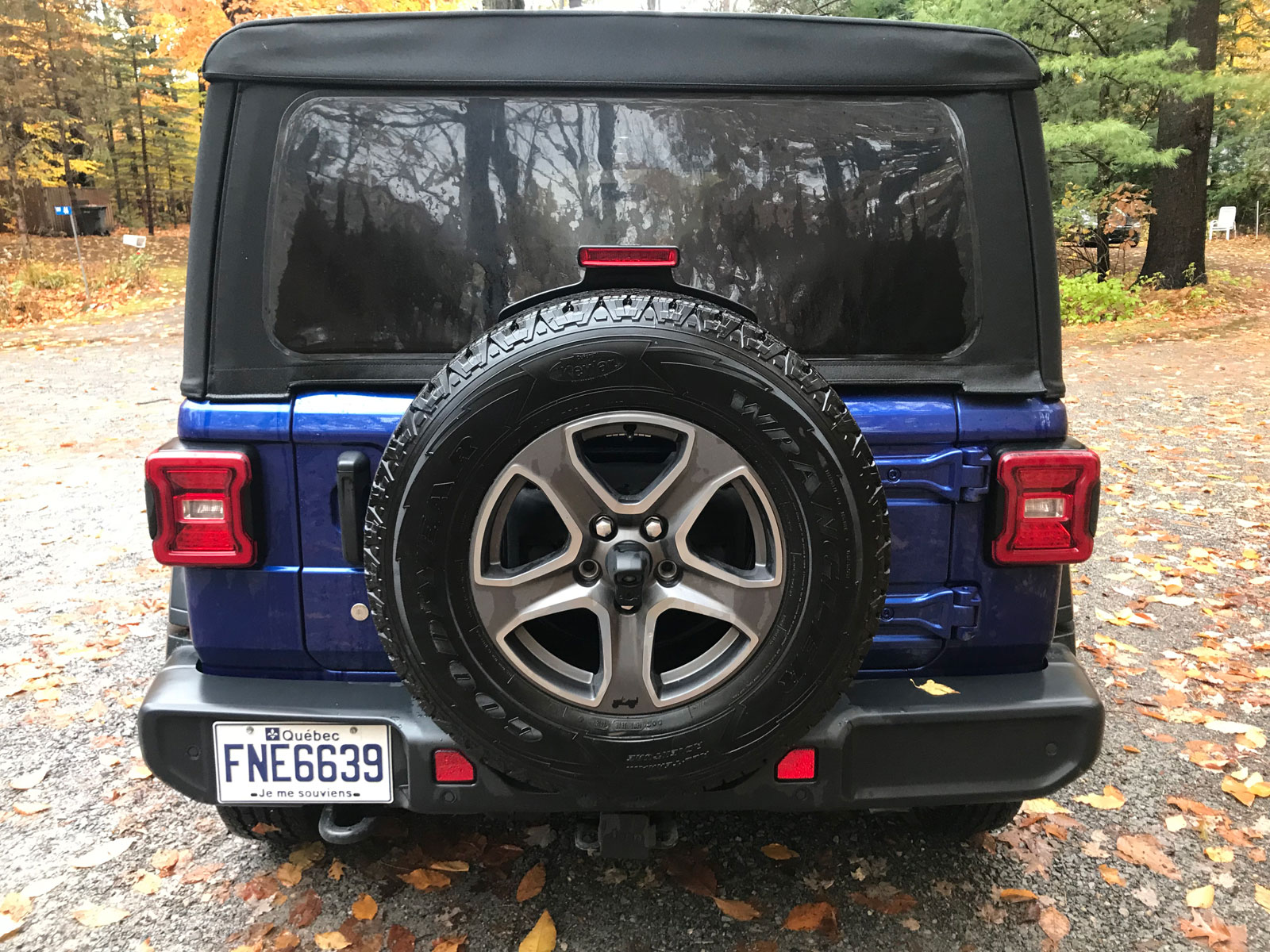