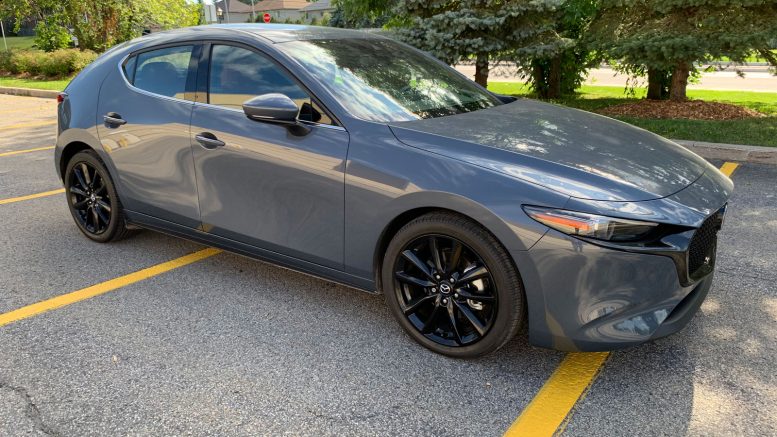 The Mazda3 has been completely redesigned for 2019 which is a big deal because it’s the brand’s second most popular model after the CX-5 compact crossover. The Mazda3 also has the daunting task of going up against heavy hitters such as the Honda Civic, Toyota Corolla and Hyundai Elantra (among many others) in the compact sedan and hatch category.

The fully redesigned model hit North American dealer showrooms earlier this year after having been unveiled to the public at the Los Angeles Auto Show in November 2018. The new look follows the brand’s KODO design but with a more modern twist. Both the sedan and hatchback are a little sleeker-looking but still share similarities with the previous model. The hatchback departs the most from the older look with new, thick C—pillars that initially struck me as awkward. Furthermore, with such thick and wide pillars, rear visibility unfortunately suffers. That being said, the look has grown on me the more I see it. 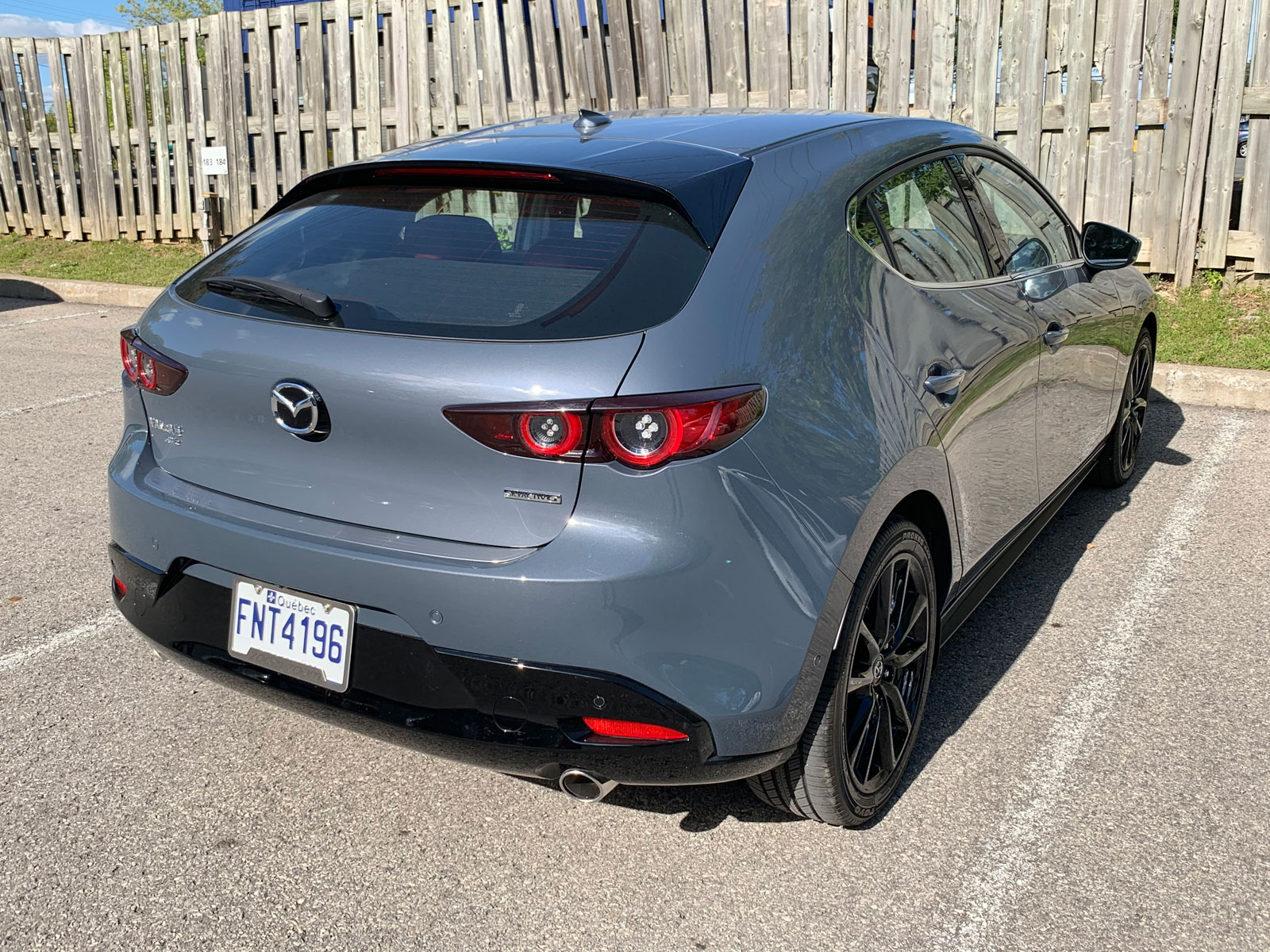 The real jewel is the new completely re-designed interior. I’d be hard-pressed to think of a nicer interior among any of the competition. It’s not even close. The shape of the dash is both very driver-centric and a work of art. The materials are top notch, specifically the red leather seats and leather-wrapped steering wheel. I would characterize this as a minimalist design because there aren’t too many buttons and the majority of the dash is smooth. There are proper dials and knobs for climate and volume controls making basic vehicle operation a breeze. I cannot tell you how nice it is not to have a tap a screen to operate climate controls.

The 2019 Mazda3 is the first in the lineup to introduce an all-new 8.8-inch wide center display with the Mazda Connect infotainment system that is standard on all trims. Also standard is an all-new 3-way layout 8-speaker sound system, new steering wheel design featuring illuminated controls and switches, and a 7-inch TFT recon (driver info display behind the steering wheel).

I’m a big fan of Mazda Connect. Some manufacturers struggle mightily in developing button layouts which make sense but not Mazda. The Commander interface features a dial on the lower console where the driver can manipulate it without looking down. My favorite feature is the volume knob location next to this command wheel. Mazda is one of the few automakers that put it where it should be. The menu layout could use some simplification in the area of radio station navigation but all in all I’d say it’s fairly easy to use. 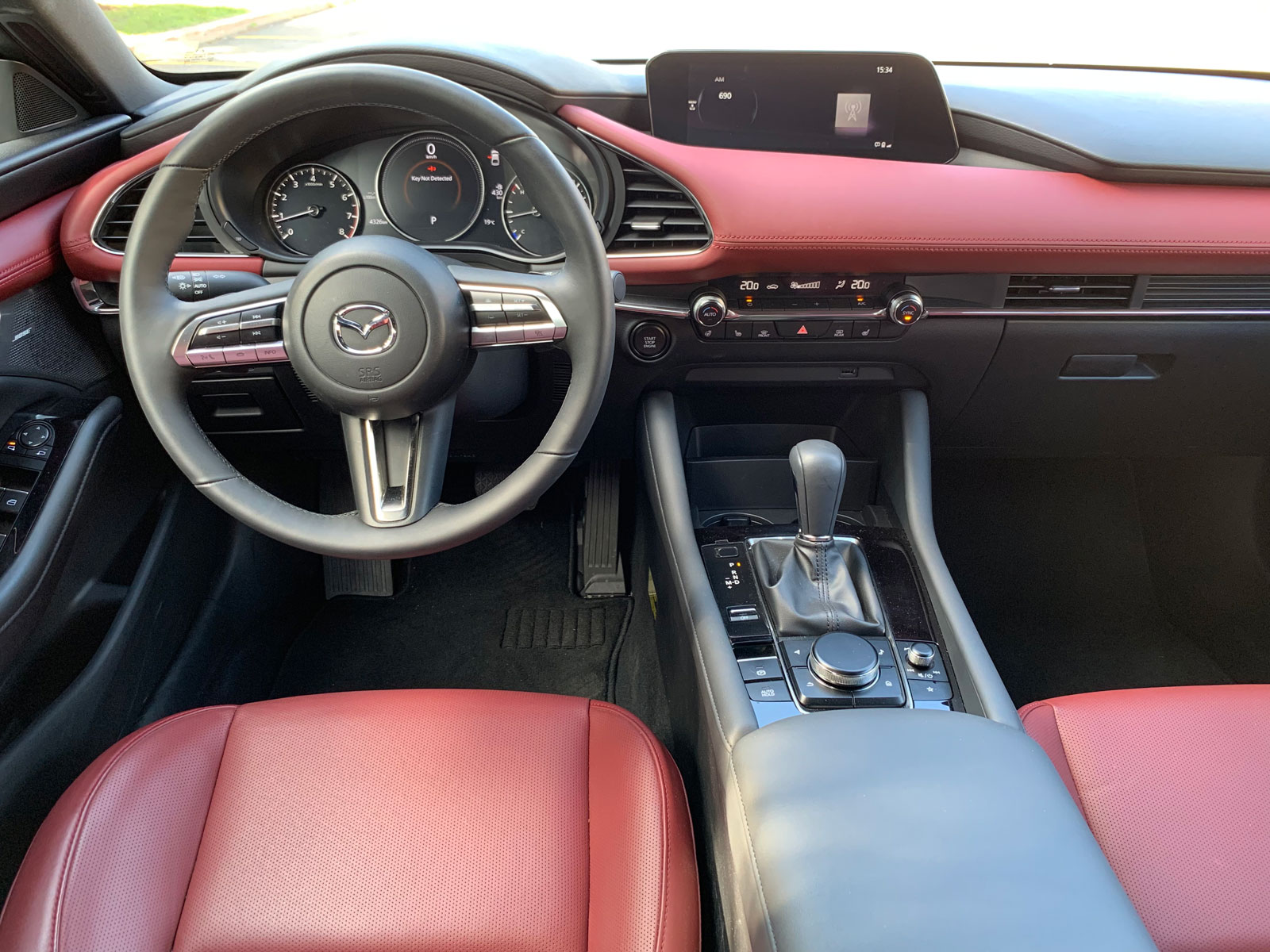 After falling several years behind, the brand now offers Apple CarPlay and Android Auto functionality in its vehicles. Mazda wanted to be sure that they could program Connect to work with the new applications to their satisfaction. Small details like if you’re using your smartphone navigation and you wish to change the radio station then return to the navigation screen, Connect will return you to the smartphone navigation rather than the cars default navigation (that you weren’t using). Most Mazdas that use the new interface going back to the 2014 model year are eligible to be upgrade for a fee at a dealer.

Under the hood we find the latest Skyactiv-G 2.5-liter four-cylinder engine making 186 horsepower and 186 lb-ft of torque for a peppy drive. G-Vectoring Control is standard on all trims and serves to improve handling response and vehicle control by using small changes in engine output to shift weight to the front tires whenever the driver turns the wheel. Those adjustments may not be perceivable during every day driving but I can say the Mazda3 handled extremely well. It’s nimble, sporty and all-around enjoyable to be behind the wheel.

What really interesting is the addition of available all-wheel drive. Finally, more automakers are catching on that AWD shouldn’t be relegated to SUVs and crossovers. Subaru has been doing it forever but if you look at the Civic, Elantra, Corolla or base model Golf, AWD isn’t available! Great job on Mazda for offering it on the Mazda3.

There’s not much to dislike about the new Mazda3. I could do without the incessant seatbelt warning as soon as you push the ignition. The think the infotainment menu system could be a little more user friendly. Visibility on the hatchback is a concern. But all in all, it’s hard not to consider this a top pick if you’re in the market for a compact sedan. 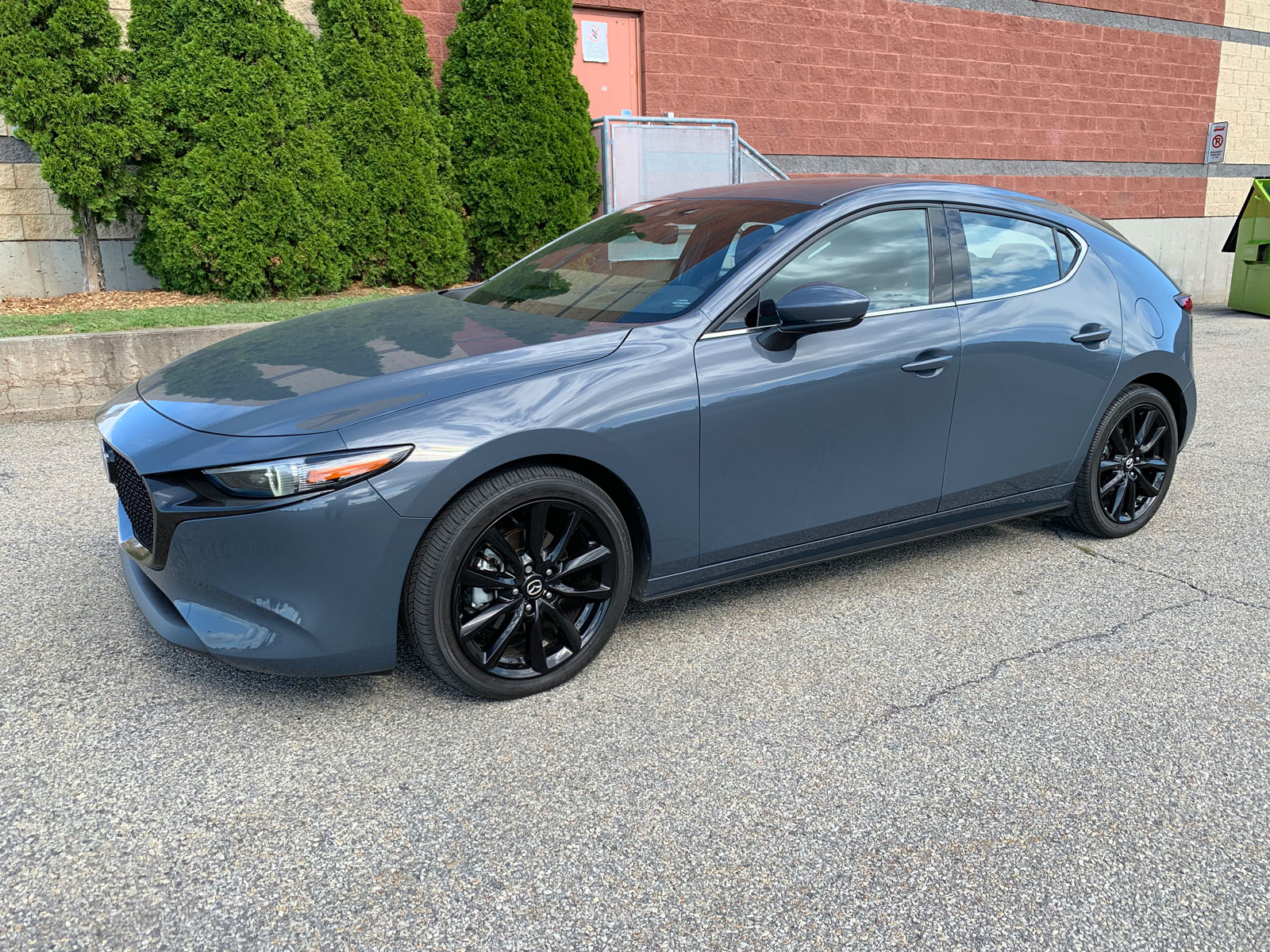 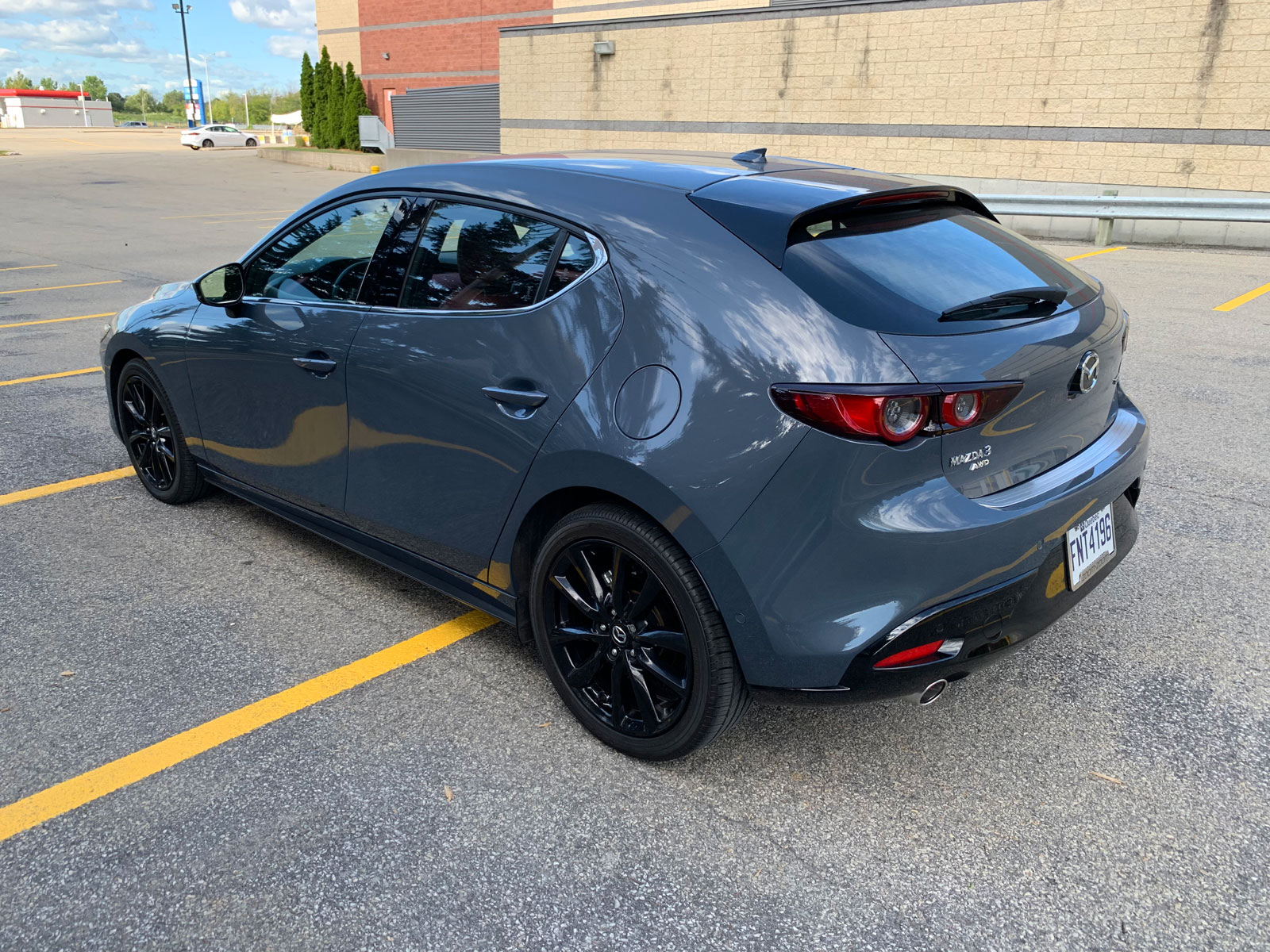 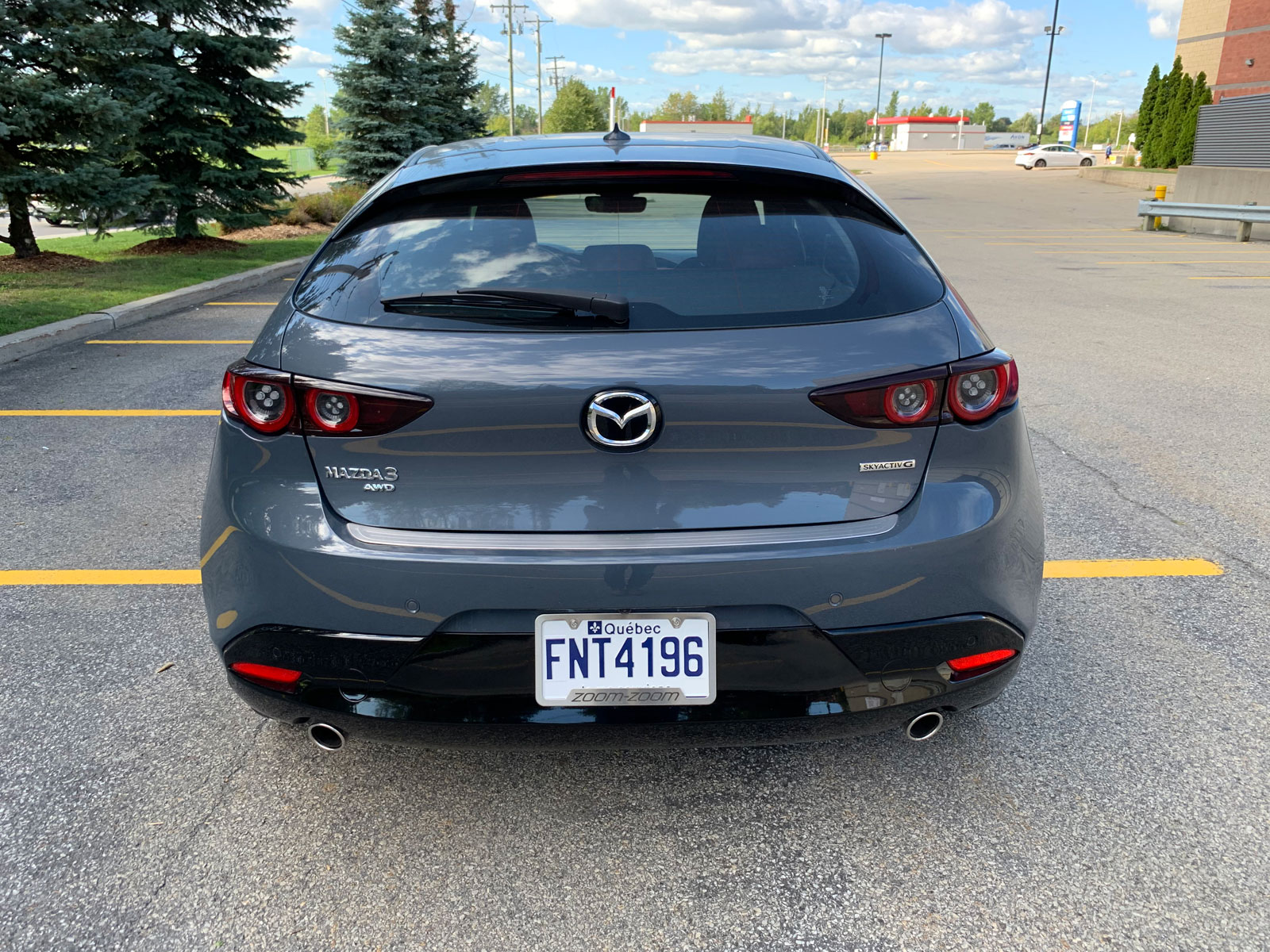 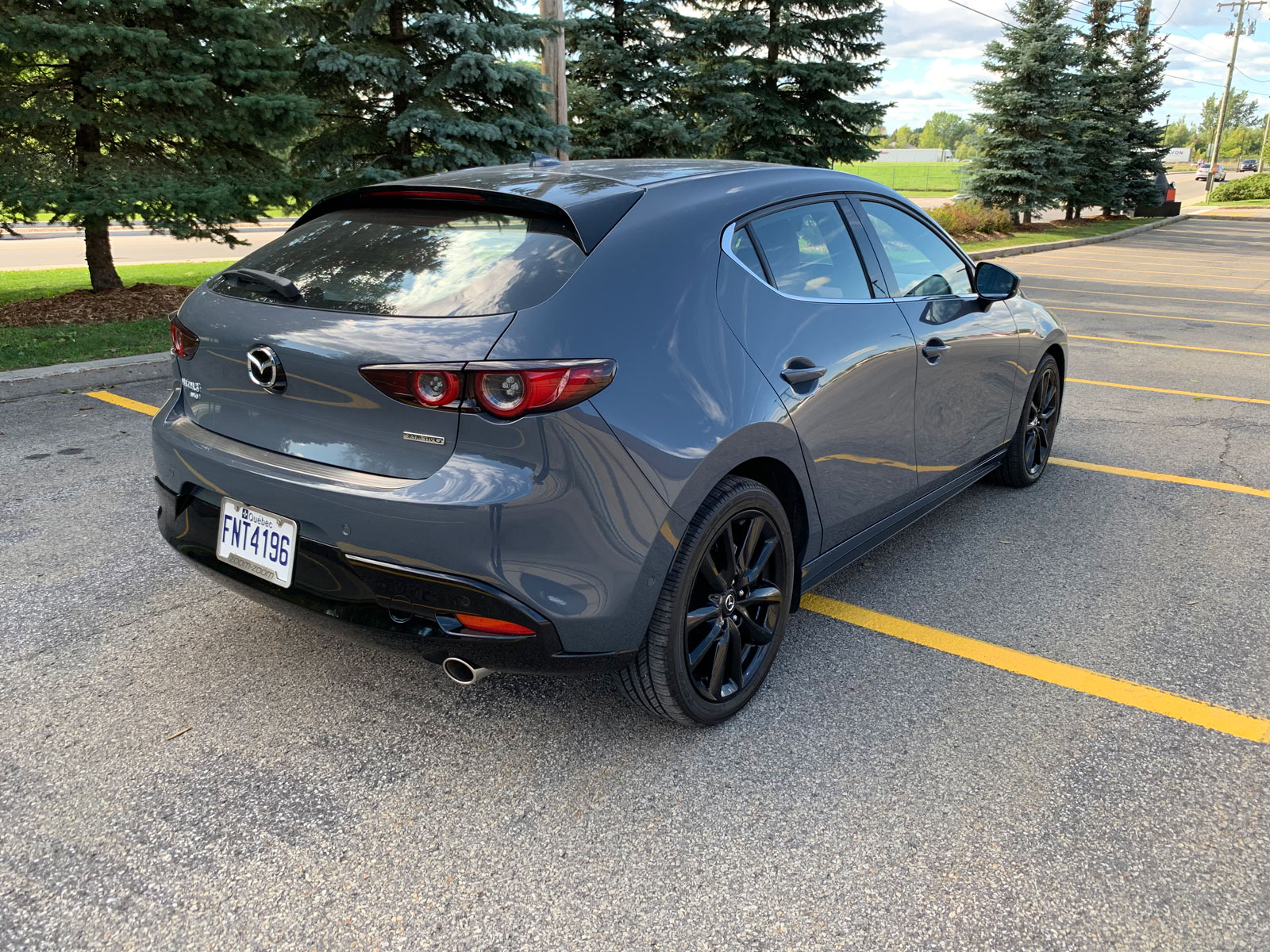 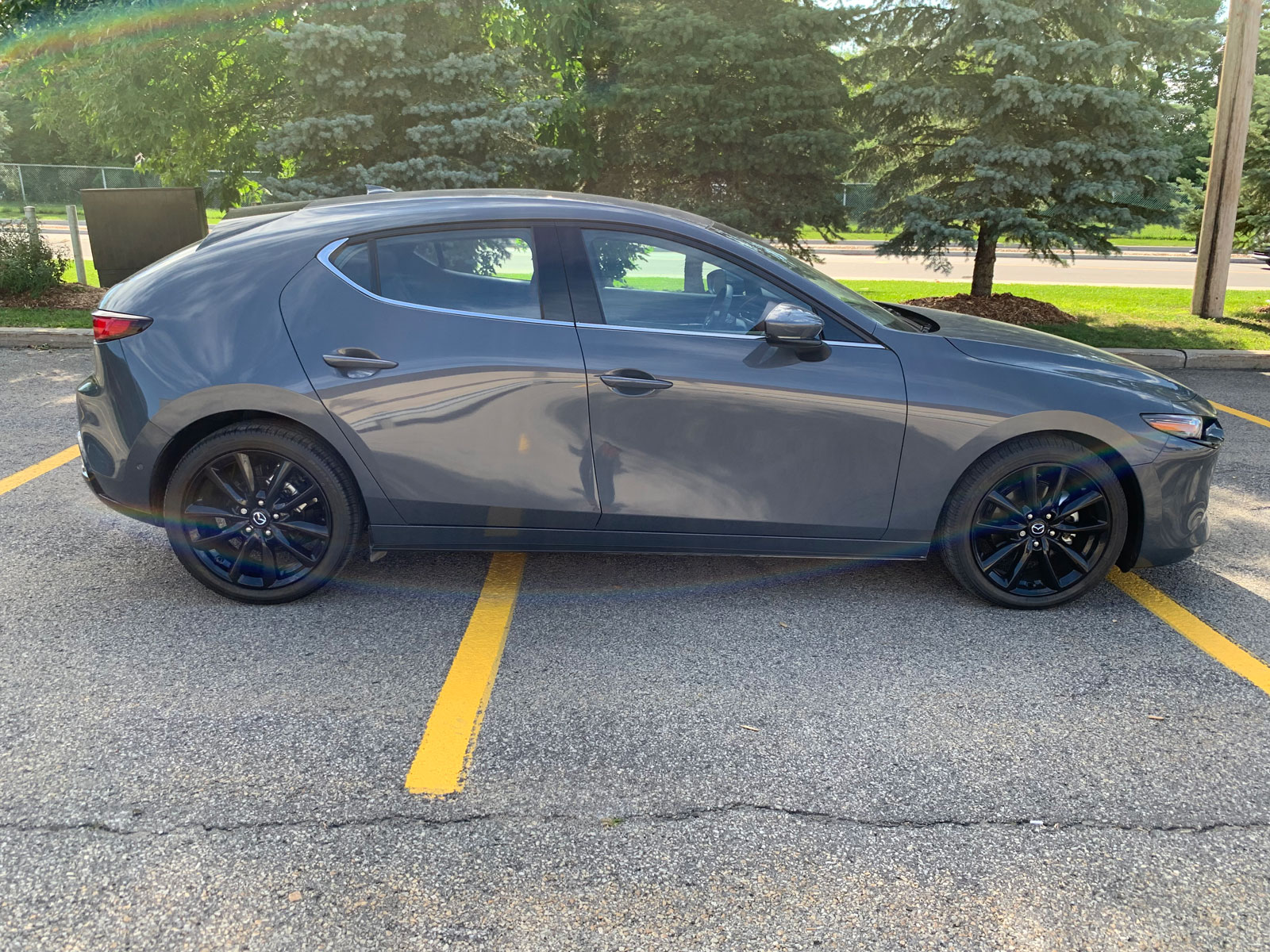 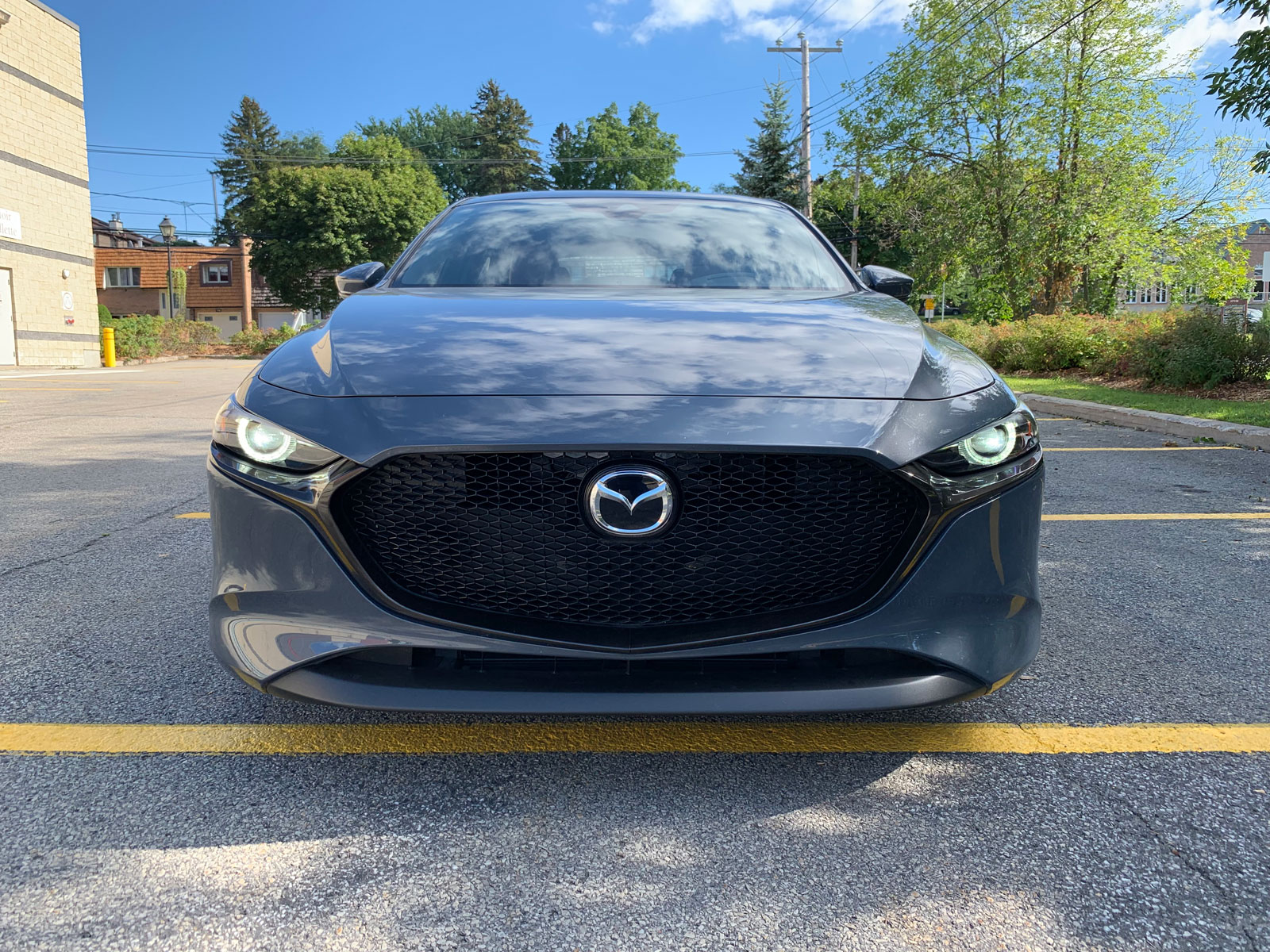 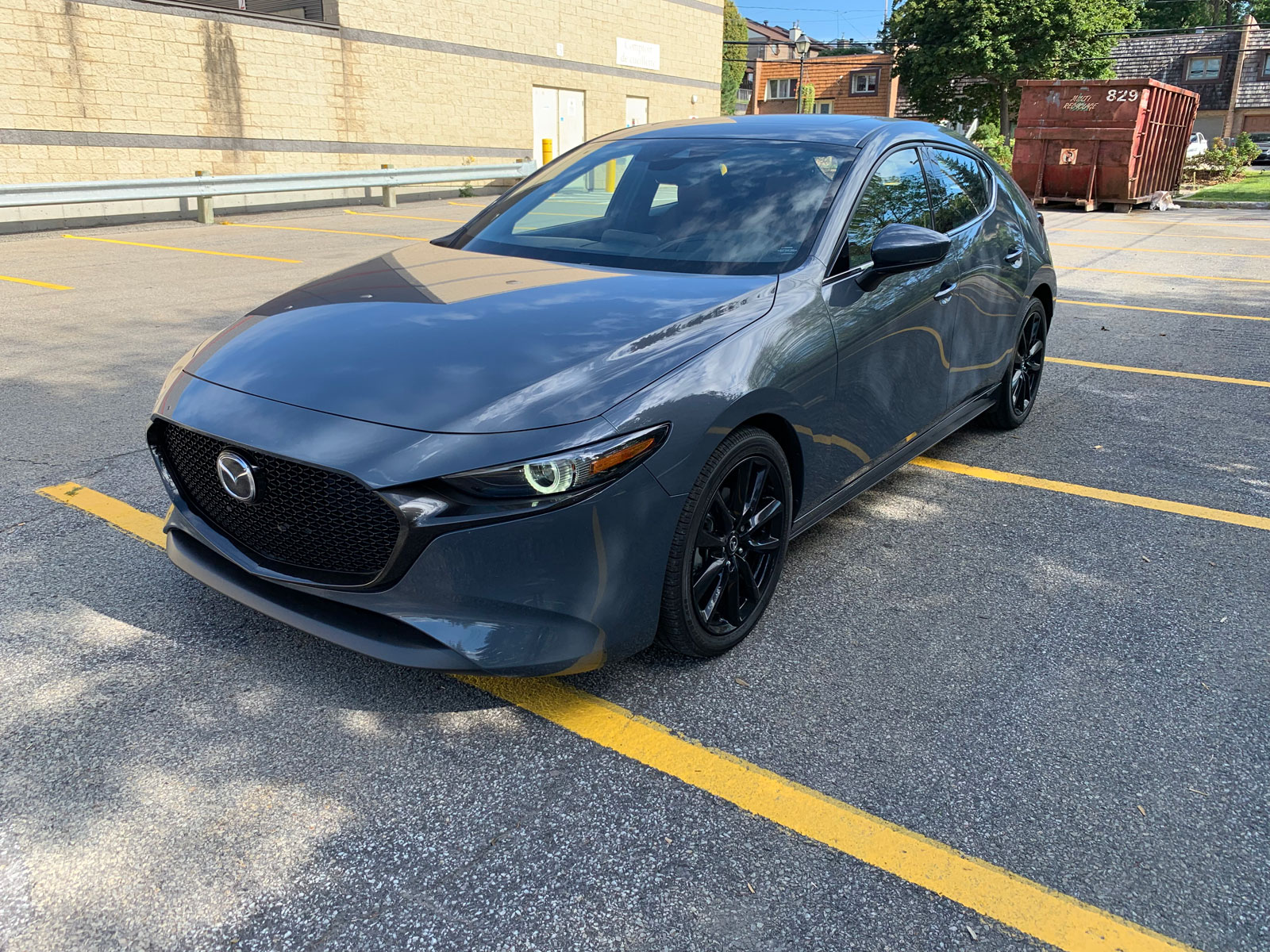 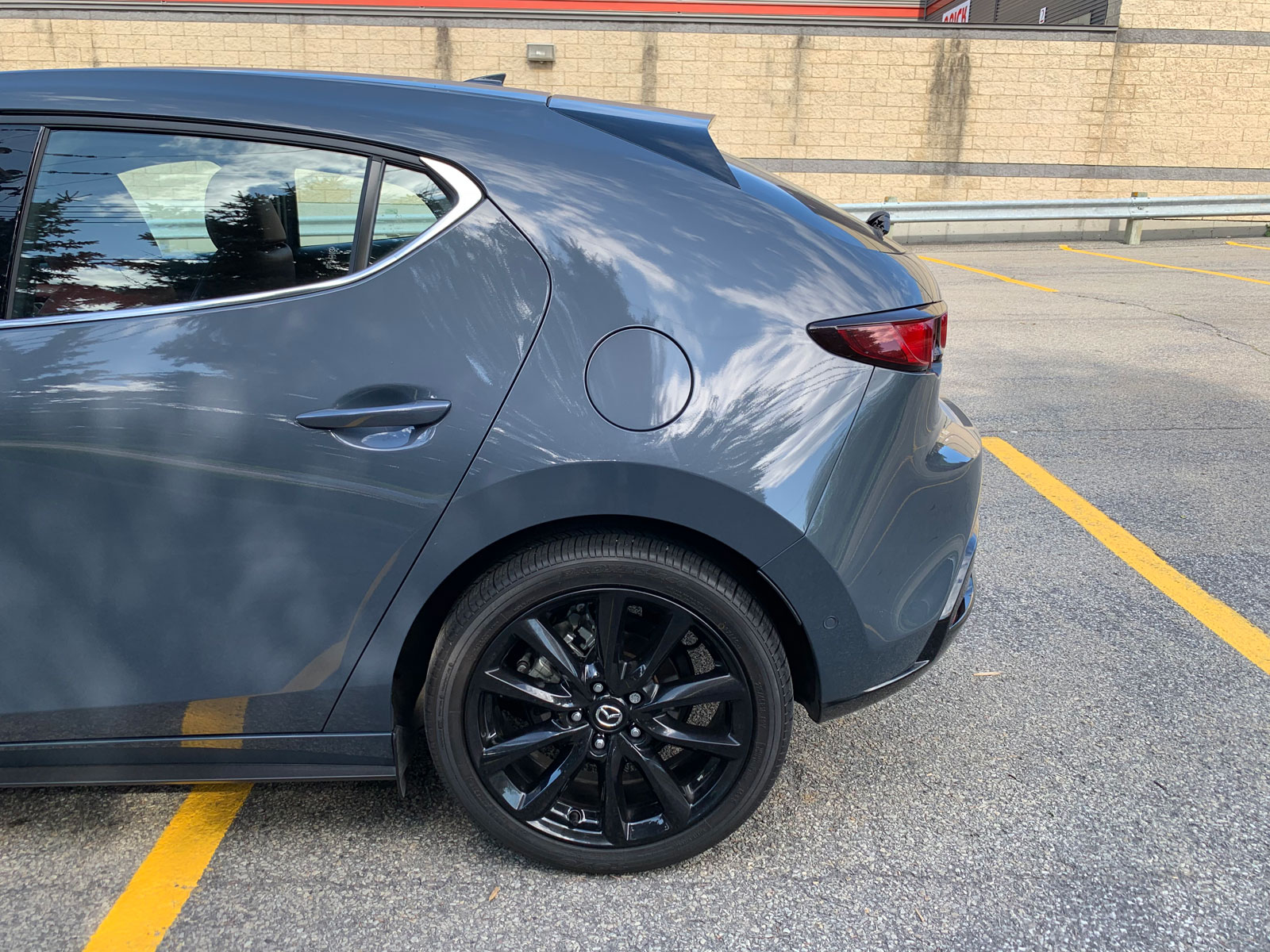 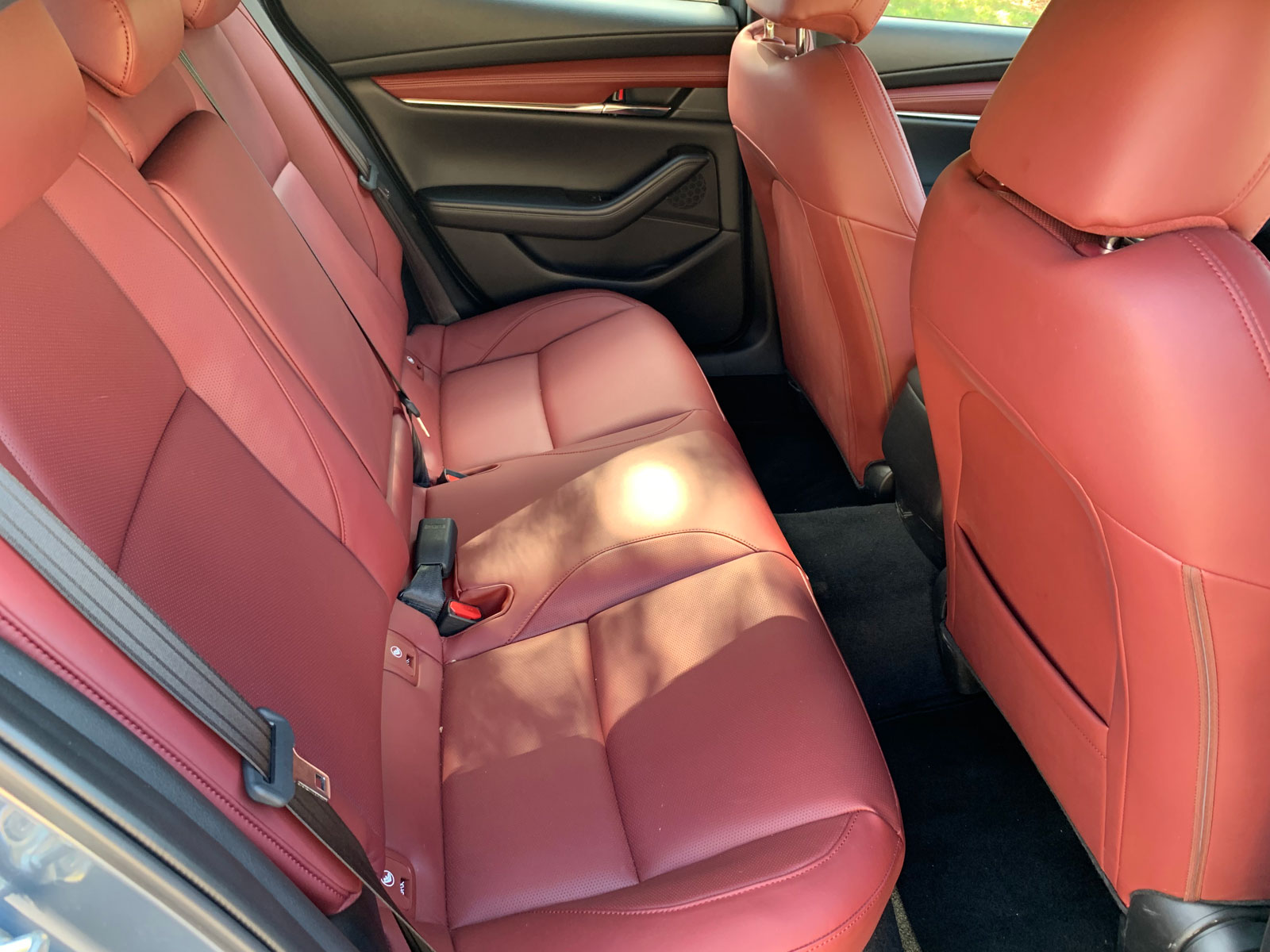 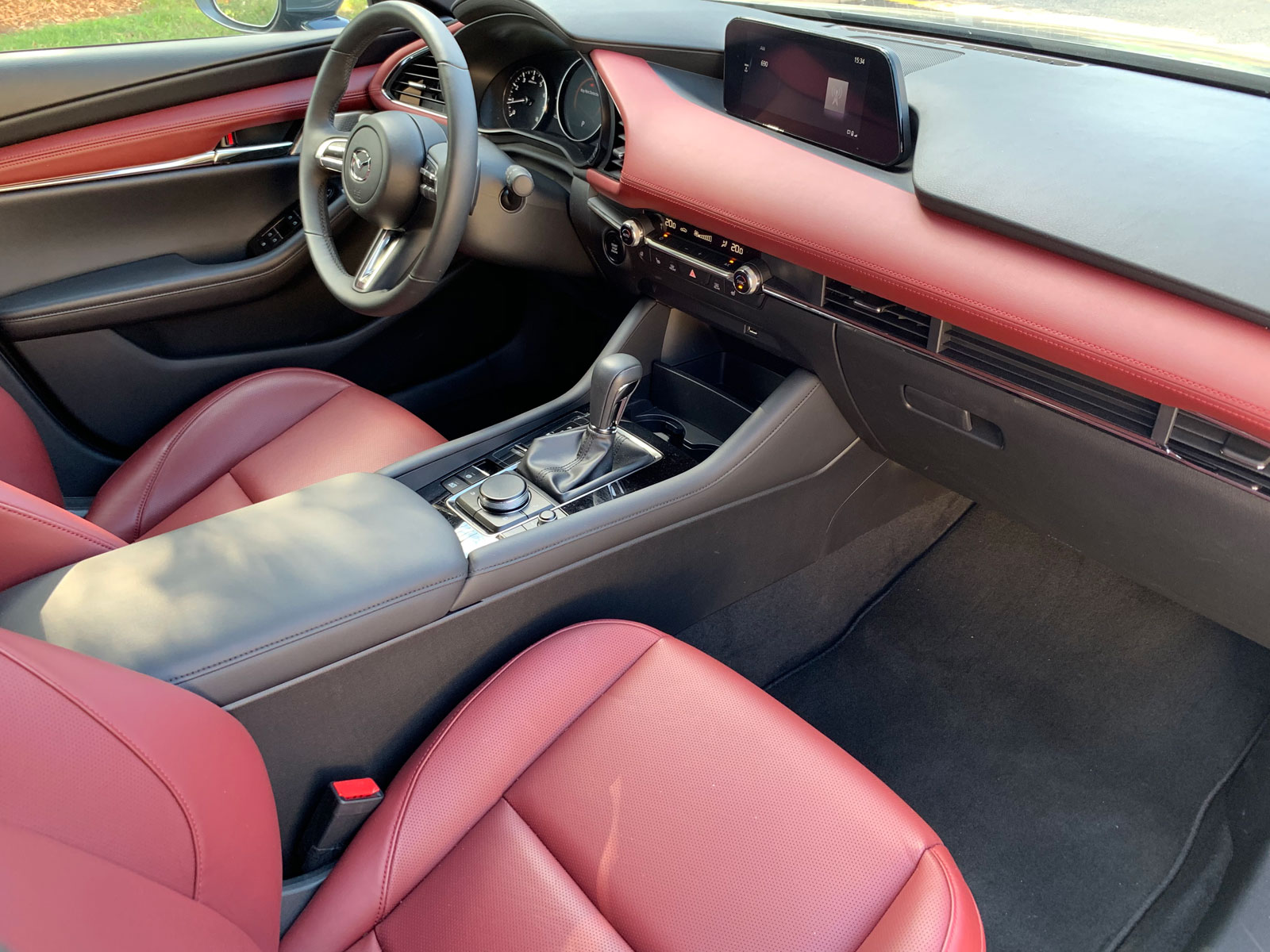 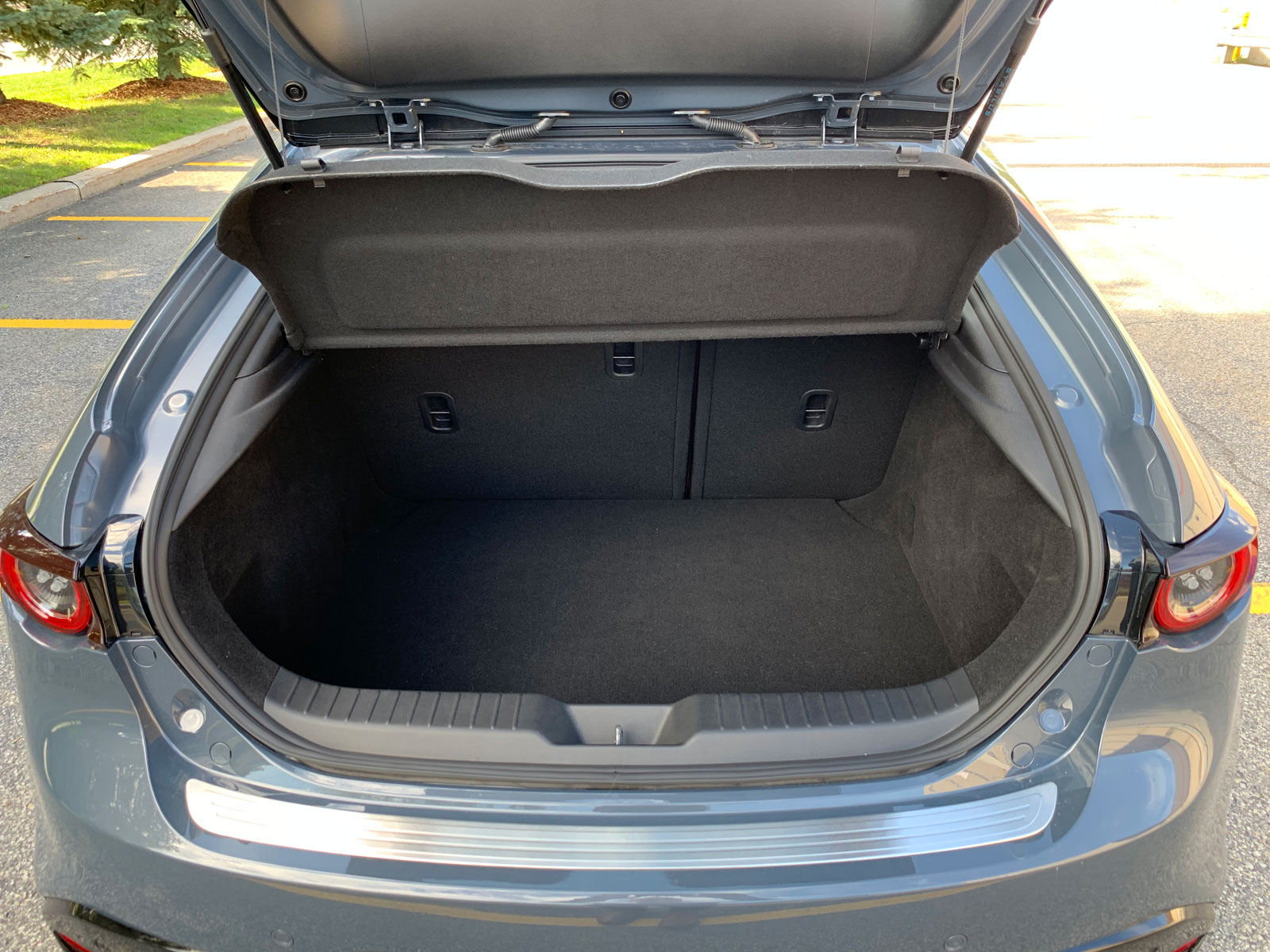 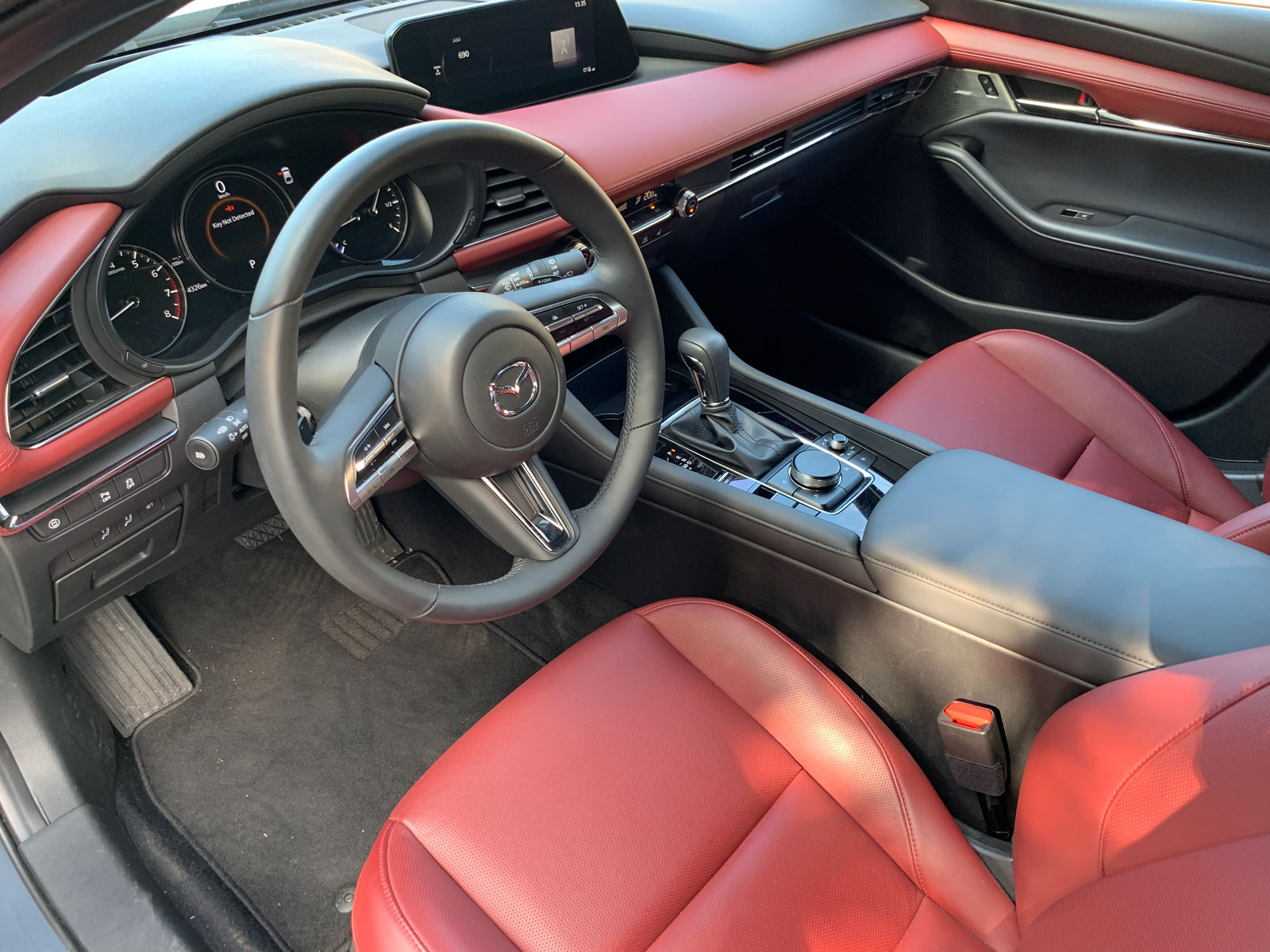 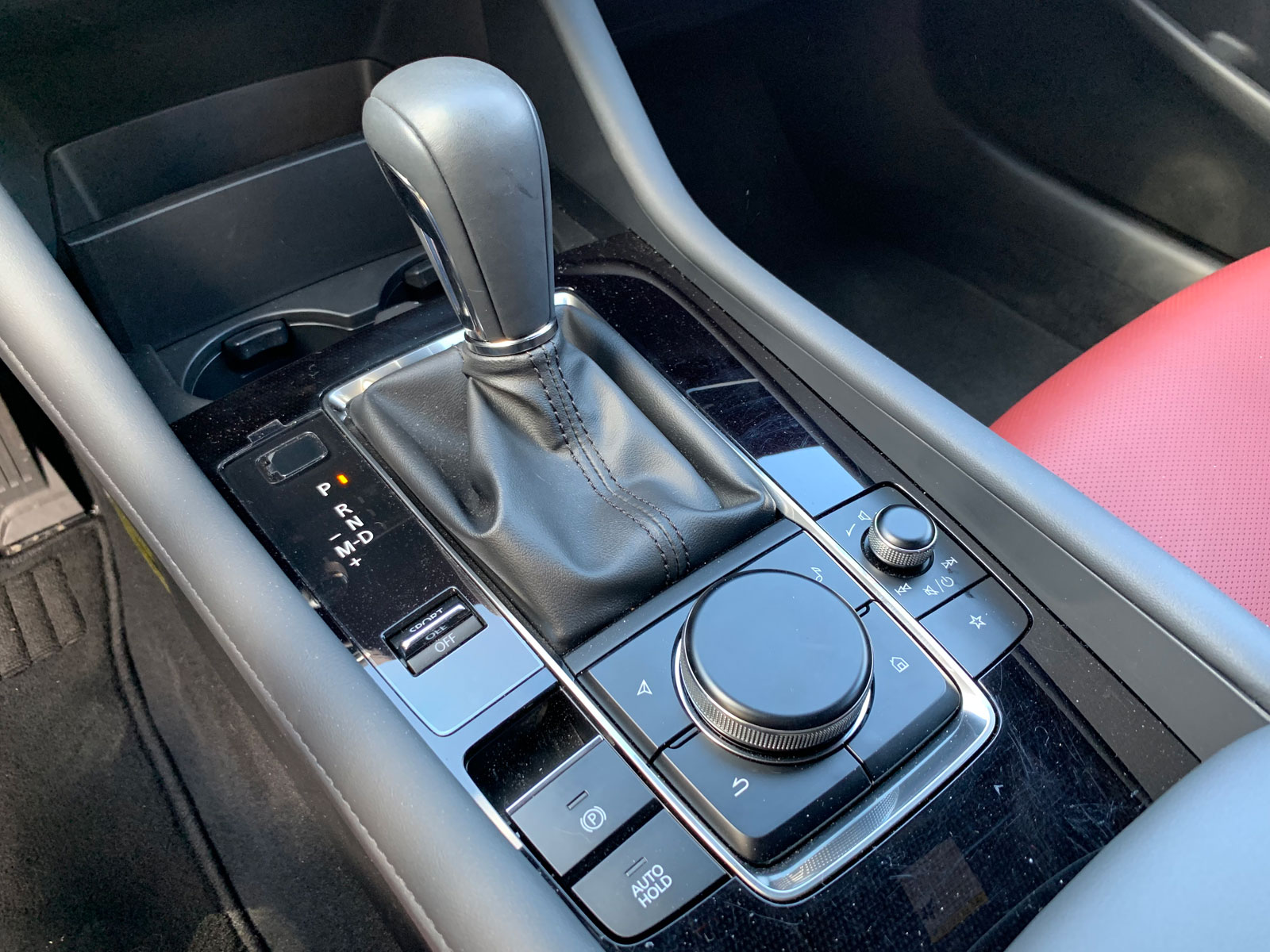 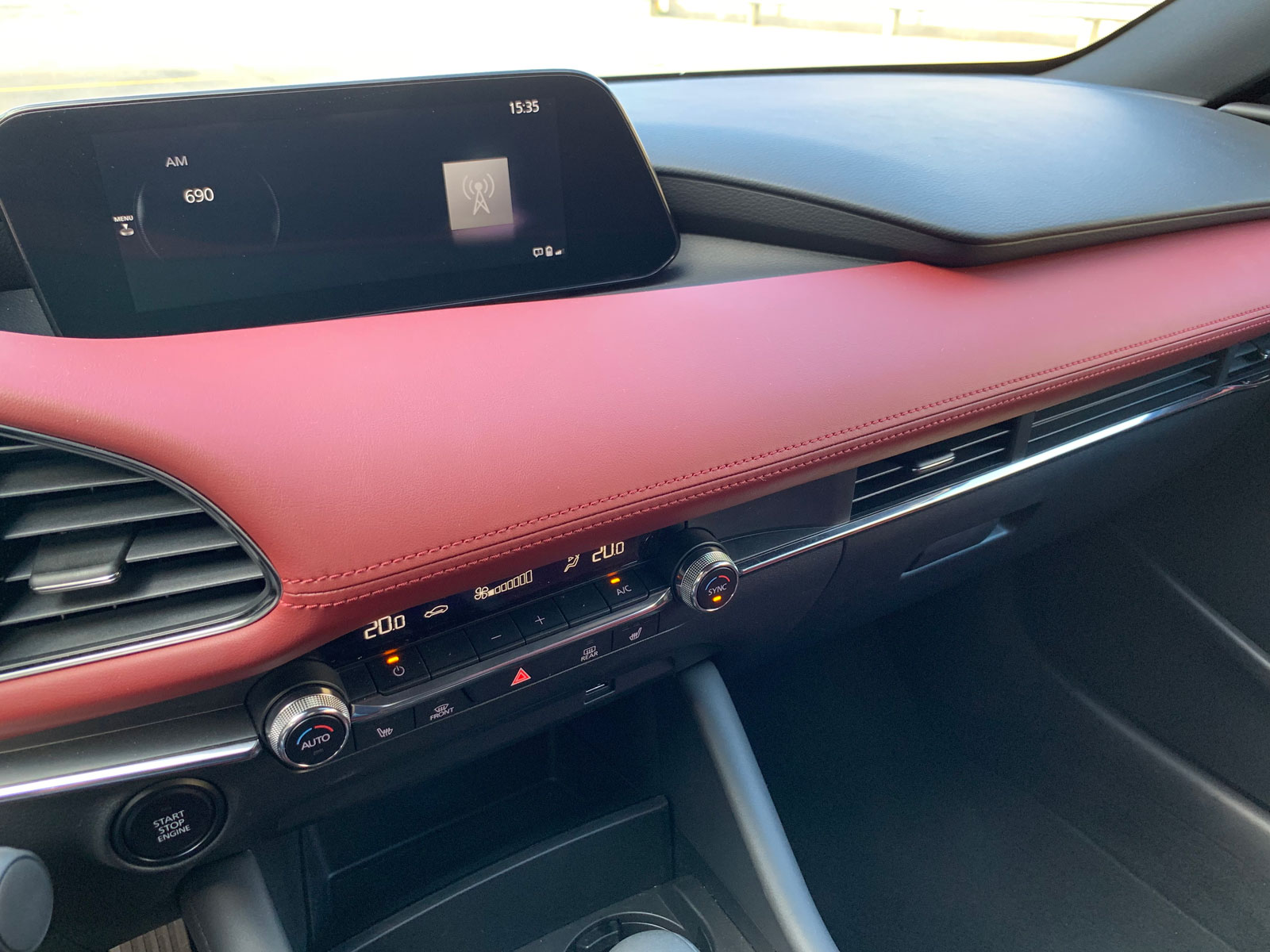 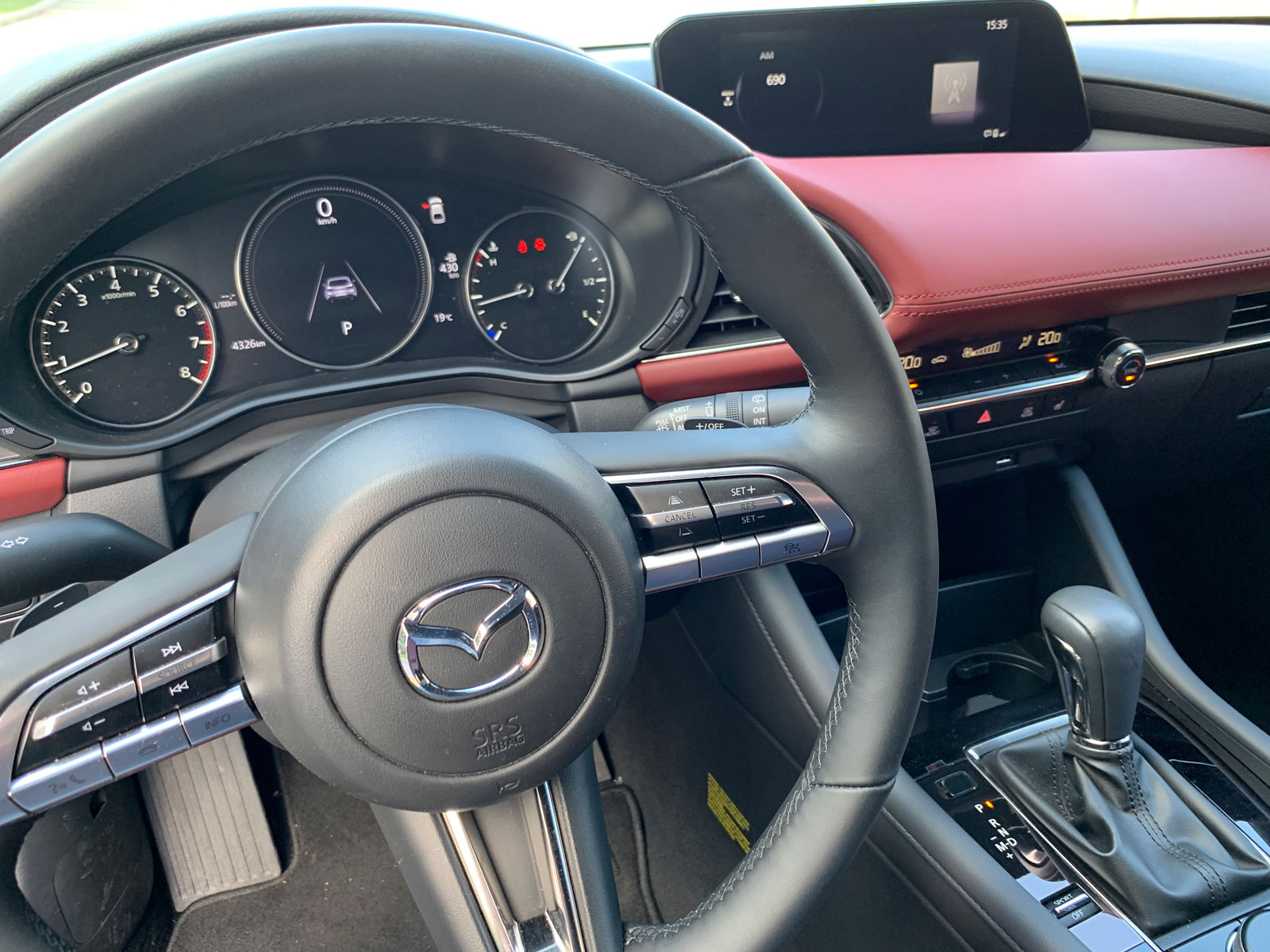