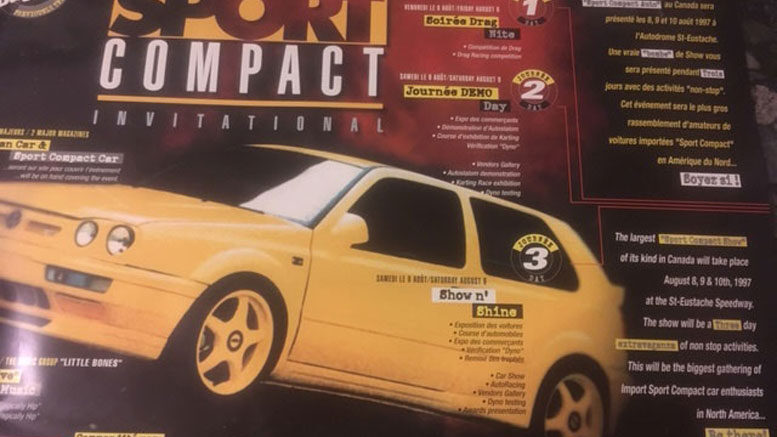 It was called the Sport Compact Invitational and it took place in August of 1997. It wasn’t even held at Autodrome St-Eustache but rather “St-Eustache Speedway”.

Carl Wener from Perry Performance and Competition was one of the original organizers of the event and spoke to MontrealRacing about it.

The Sport Compact Invitational was a new show, that evolved from the Bug Out that RMR hosted for many years-originally A-Too performance. Rick Minotti was the owner of RMR and organizer of all shows up until this one.

I was on a sabbatical in 1997- left the family business- Bernie Auto parts in VSL- and was recently recruited by Rick to represent Honda products in his shop. Until my arrival/sponsorship- Rick only really did euro parts – mainly VW but I was trying to convince him that HONDA was a new emerging market….yep I was right.

That summer I solicited vendors- sponsors, magazines from the US and put together a show over 3 days that became ASEs biggest event ever in terms of visitors. I went door to door and plastered posters and flyers on local hangouts- burger and hot dogs joints- basically word of mouth- the old fashion way. Many firsts for Canada were set that weekend.

Friday was the typical Labelle drags- but with WAYYY more people arriving to spectate- even CFCF news did a What’s on this weekend spot for me that night. This is way before Christine Long’s segment that we see on the television today.
I have a rock band do 4 sets over 2 days in the paddocks. We ran a Solo II (autocross) Solo I (time attack) and karting races on the road courses- during the weekend. Show and shine obviously. There was a portable dyno as well.

I was the main organizer with the guidance of Rick and his monetary support.

The whole RMR staff and friends pitched in over the weekend to make it a success but it was a ton of work for sure.

Several years later, respected Promoter Ben Woo met up with me in the Trac Racing office and said that my event was his inspiration to bring shows to yet another level.

I was proud of my accomplishment- super success and was and still is, the only show to bring competition, a rock concert and a show and shine over 3 days in Quebec. It was a one-time event for us, but it helped shape the future of car shows and events at the Big O and ASE. 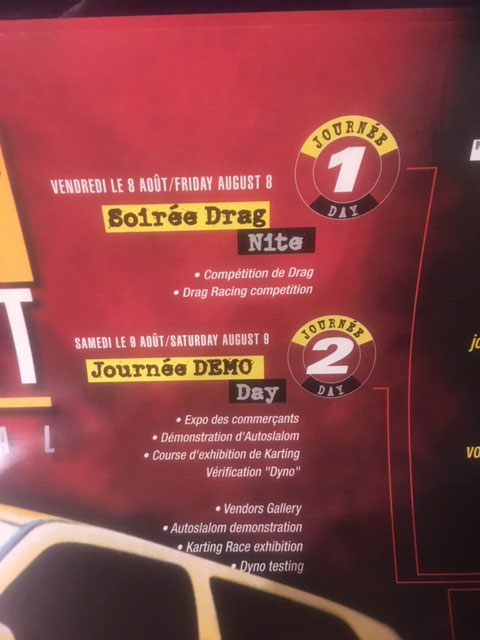 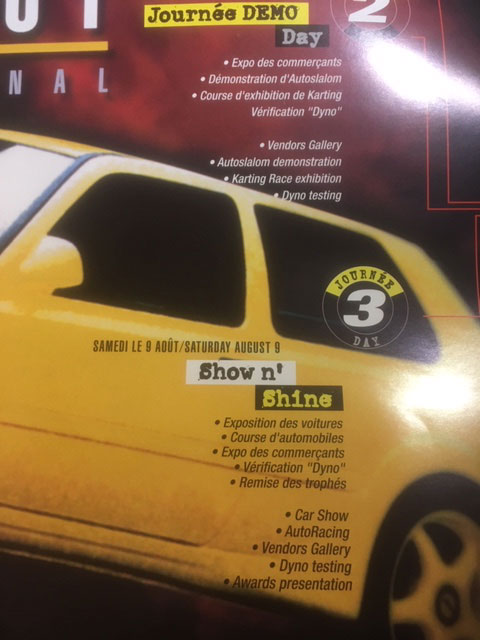