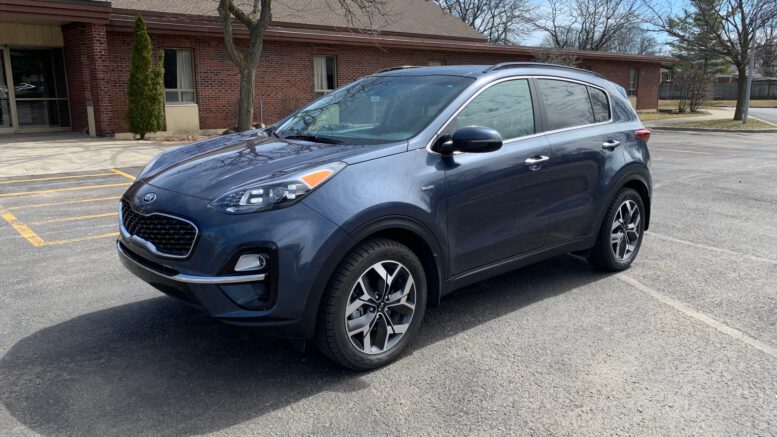 The compact crossover segment has been on fire in recent years with everyone trying to get in on the frenzy. Crossovers are desirable in Canada because they usually come with all-wheel drive, have more space and utility than a standard sedan and are generally seen as cooler than the typical minivan.

For 2020, the Kia Sportage has been refreshed with a light facelift in the front and rear along with some improvements to its features list. It’s a good thing because there are some real stalwarts in its class that it competes against so it needs to stay fresh. These vehicles include the Toyota Rav4, Honda CR-V, Ford Escape and even it’s cousin the Hyundai Tucson among many others. 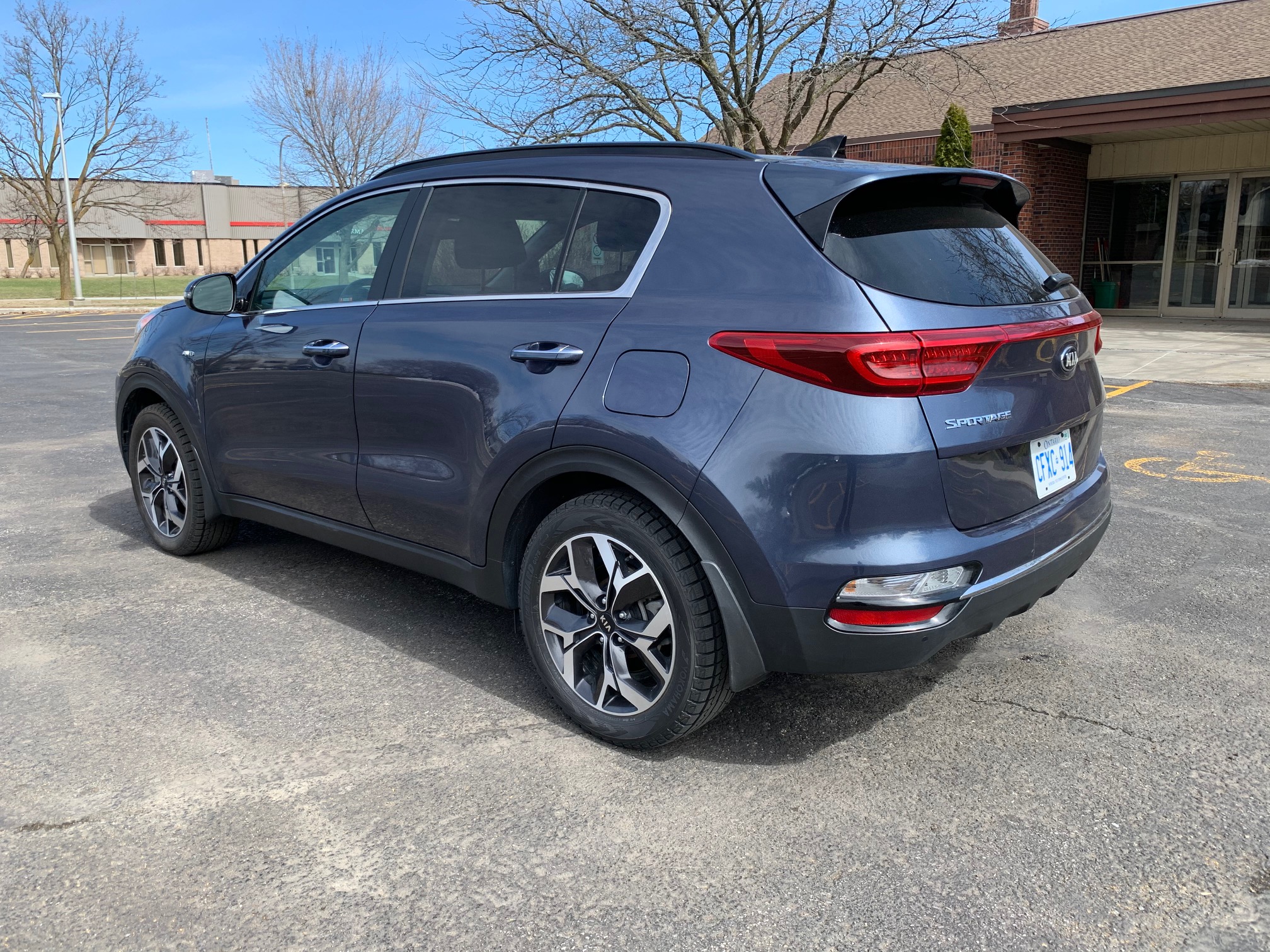 The cabin is excellent for this price point and ergonomically sound. By this I mean that the buttons for infotainment and climate are large, easy to find and simple to operate. There are dials for temperature control instead of small buttons which is a minimum of what I expect in a functional cockpit. Kia deserves praise for not trying too hard in this area like we see with many other automakers. The appointed materials are of high enough quality and the cabin of such a design that many journalists have compared the Sportage to some of the German luxury competitors.

I felt very at ease driving the Sportage around town or on the highway. The driving position is natural and with good visibility and the crossover performed adequately in all situations. 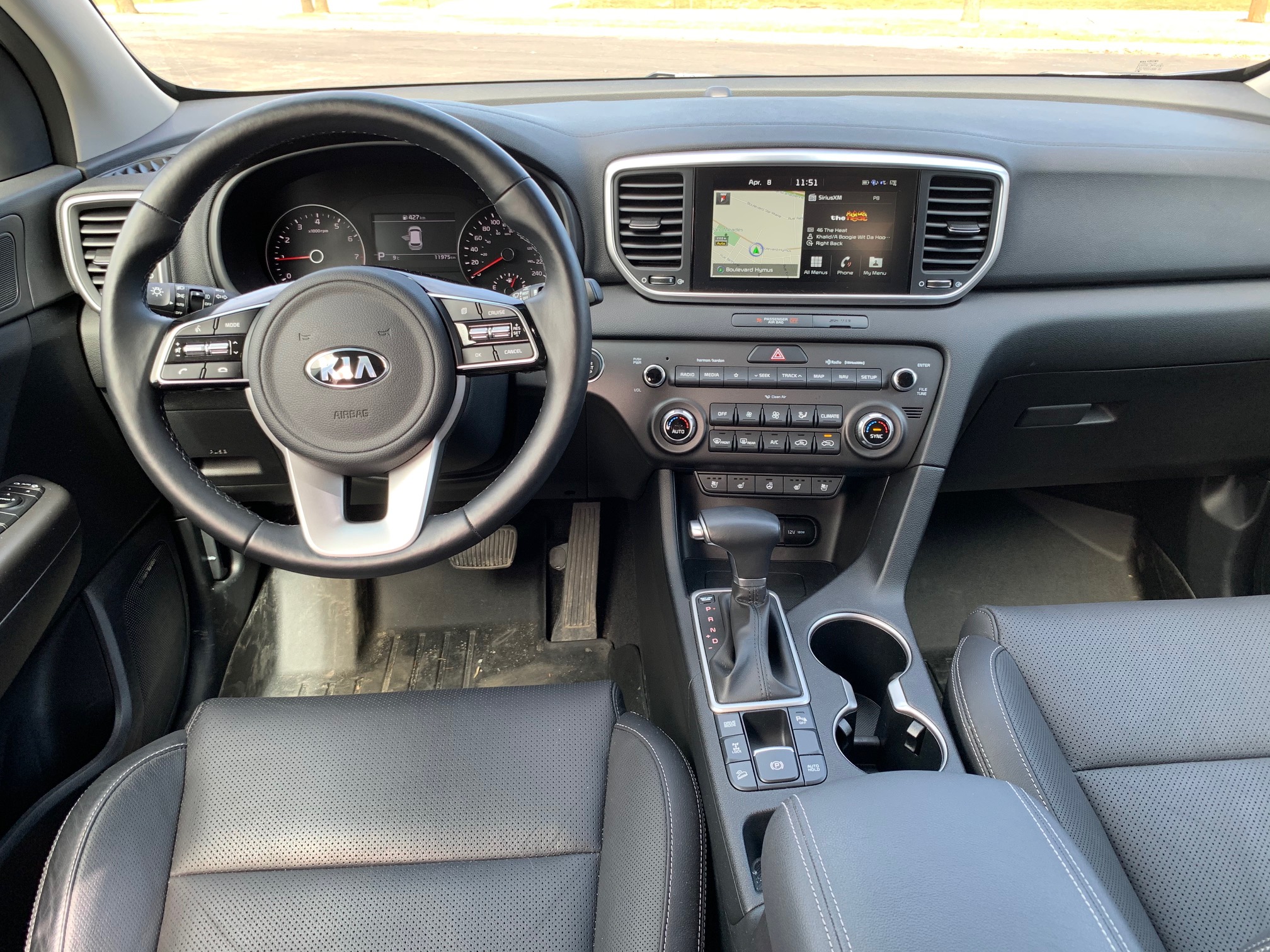 I tested the Sportage during the 2020 pandemic so my driving habits were a bit thrown off. The reported fuel consumption of 10 L/100km is not that great compared to some of the immediate competition.

I like that the all-wheel drive system has a 4×4 lock button which can be activated when you need a little bit more traction – say in a snow storm. When activate it will distribute power to all four wheels immediately. In normal driving mode the Sportage favors the front wheels until it senses slippage and then diverts power to the other wheels. This setup is exactly what will benefit crossover drivers the most. In fact, that little lock button should be standard on every AWD vehicle out there.

There is little not to like about the new Sportage. It’s an inexpensive but capable crossover that can compete against the best in the industry. It’s good looks and easy-to-drive characteristics make it a compelling option. The long list of standard equipment and great value should sway quite a few buyers who aren’t necessarily sold on the Hondas or the Toyotas. 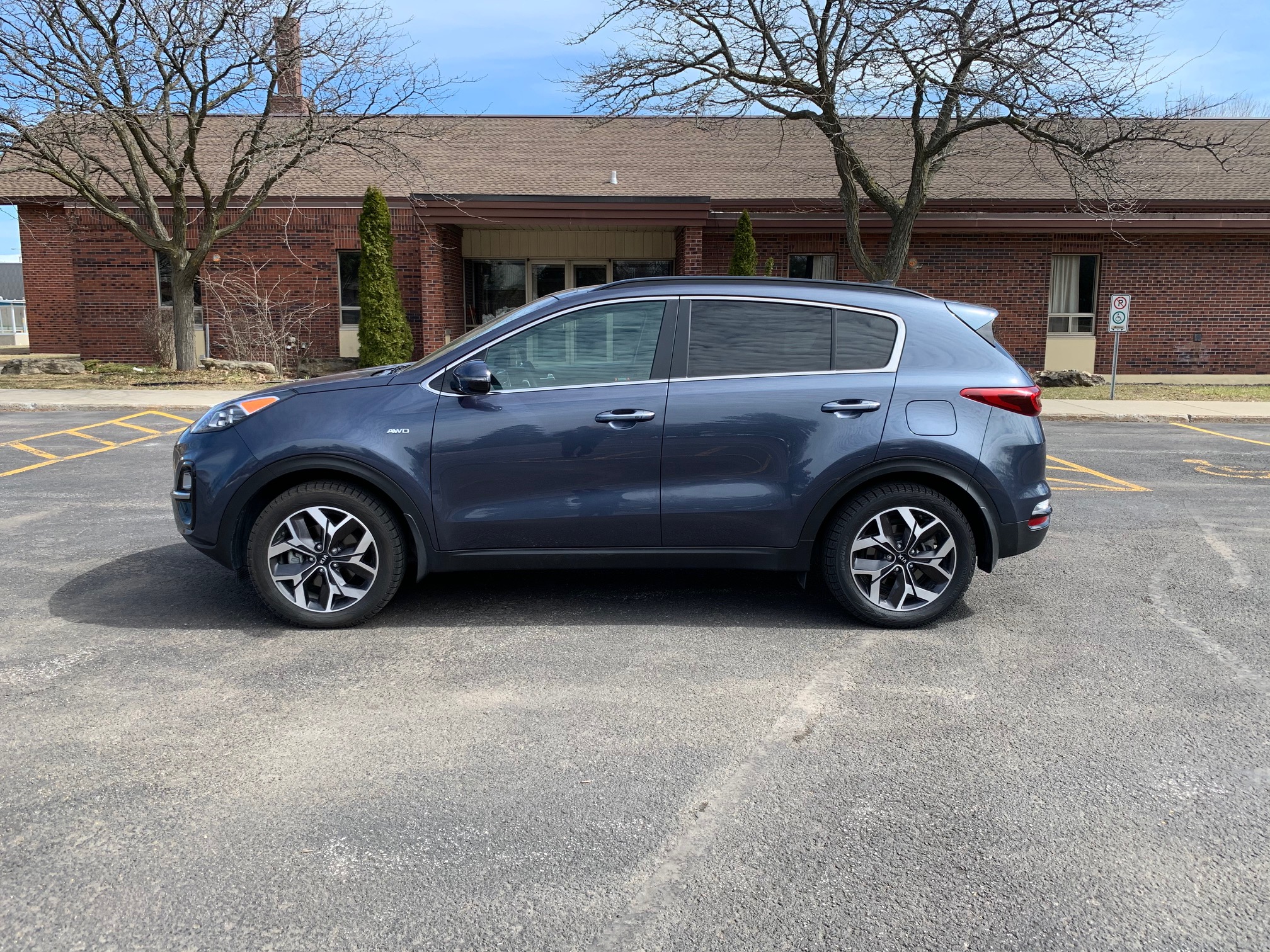 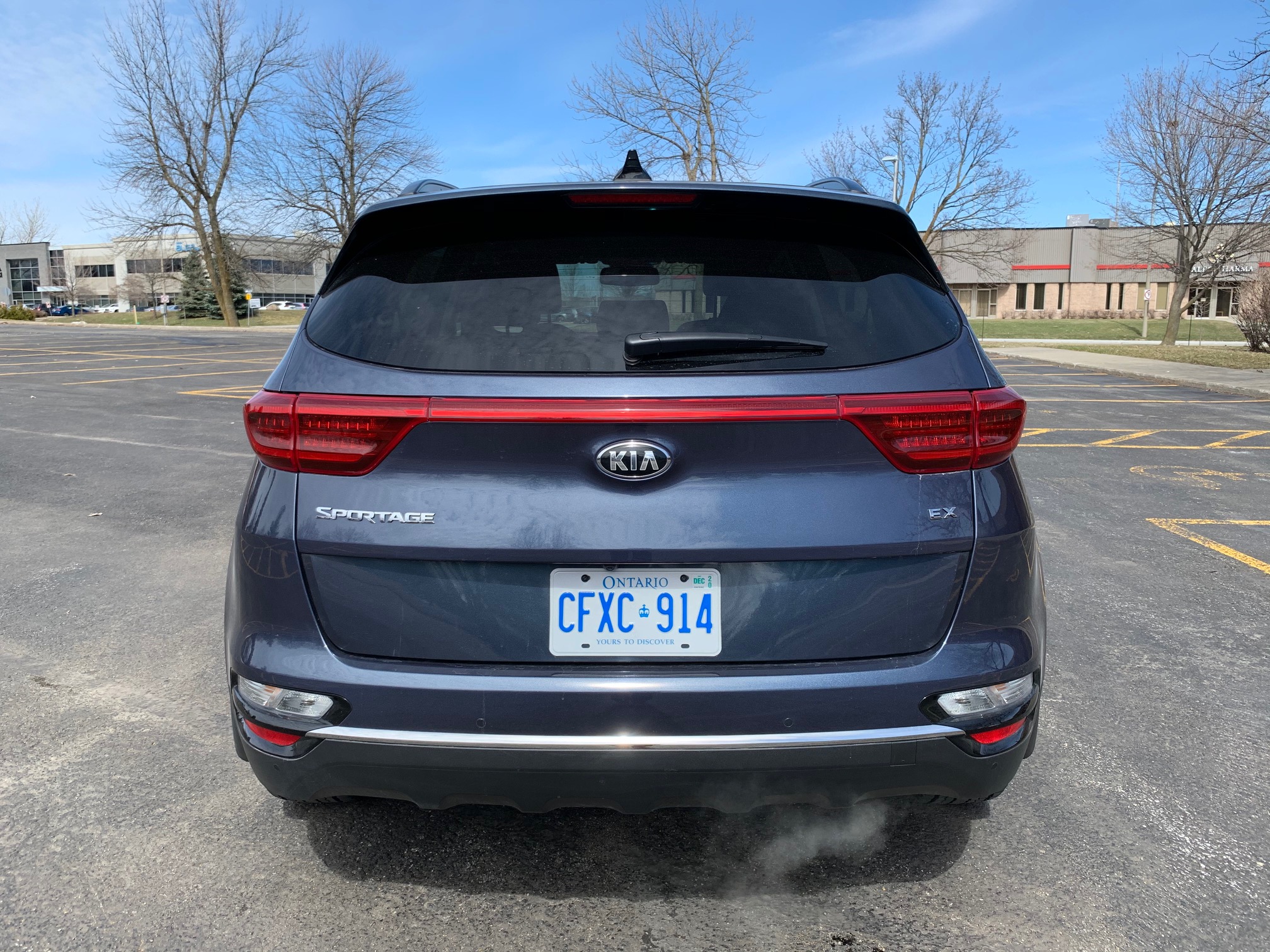 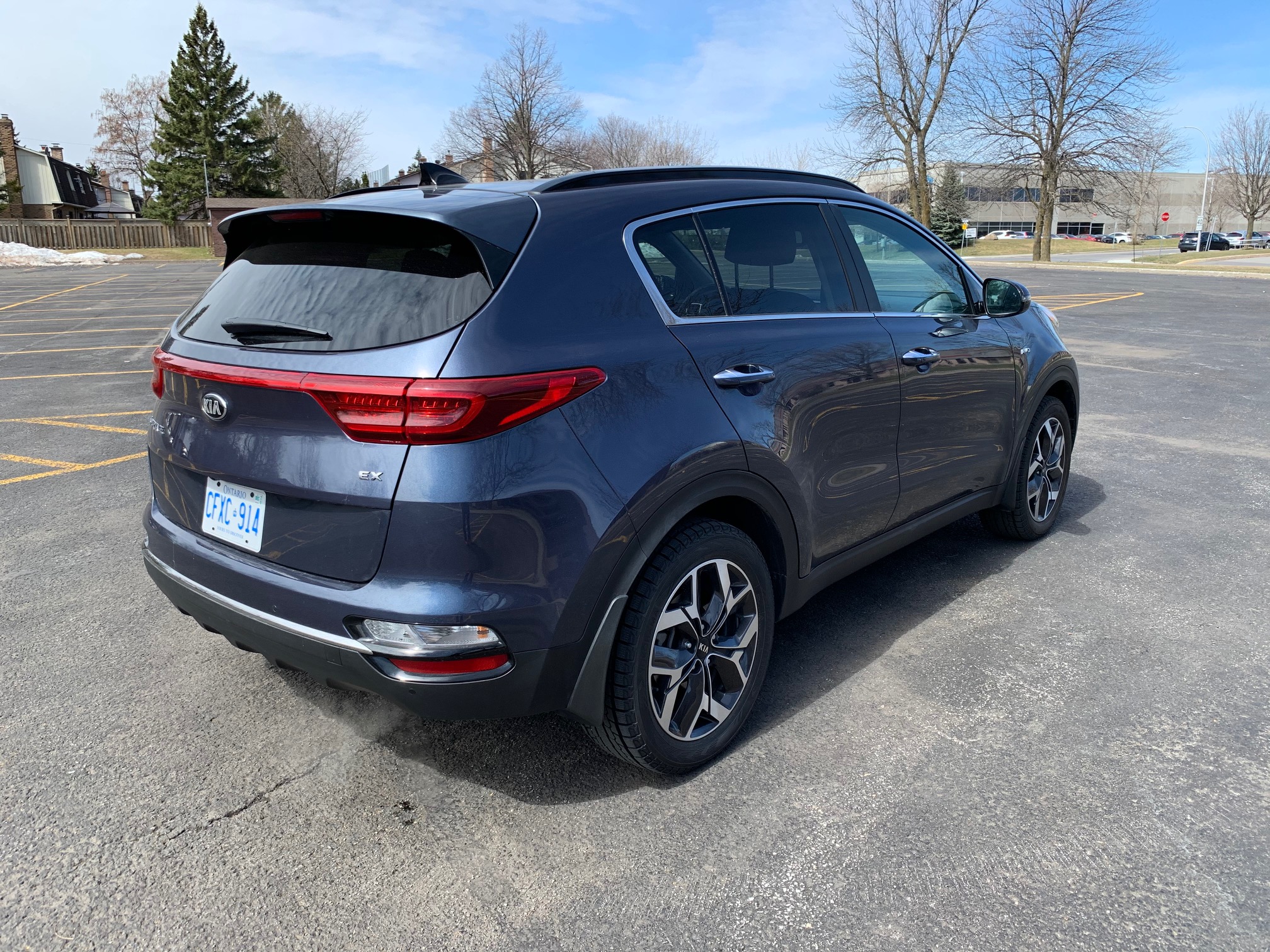 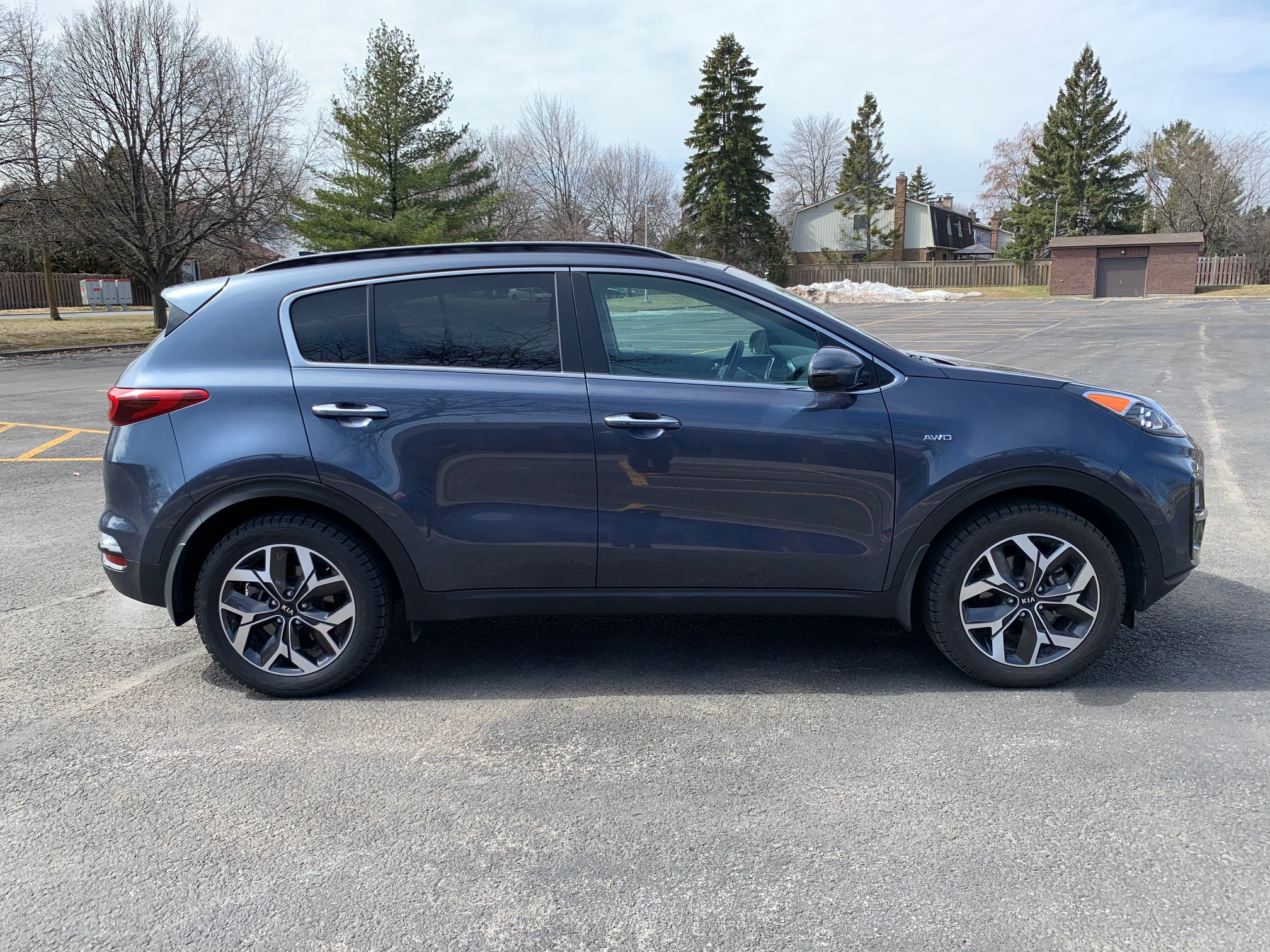 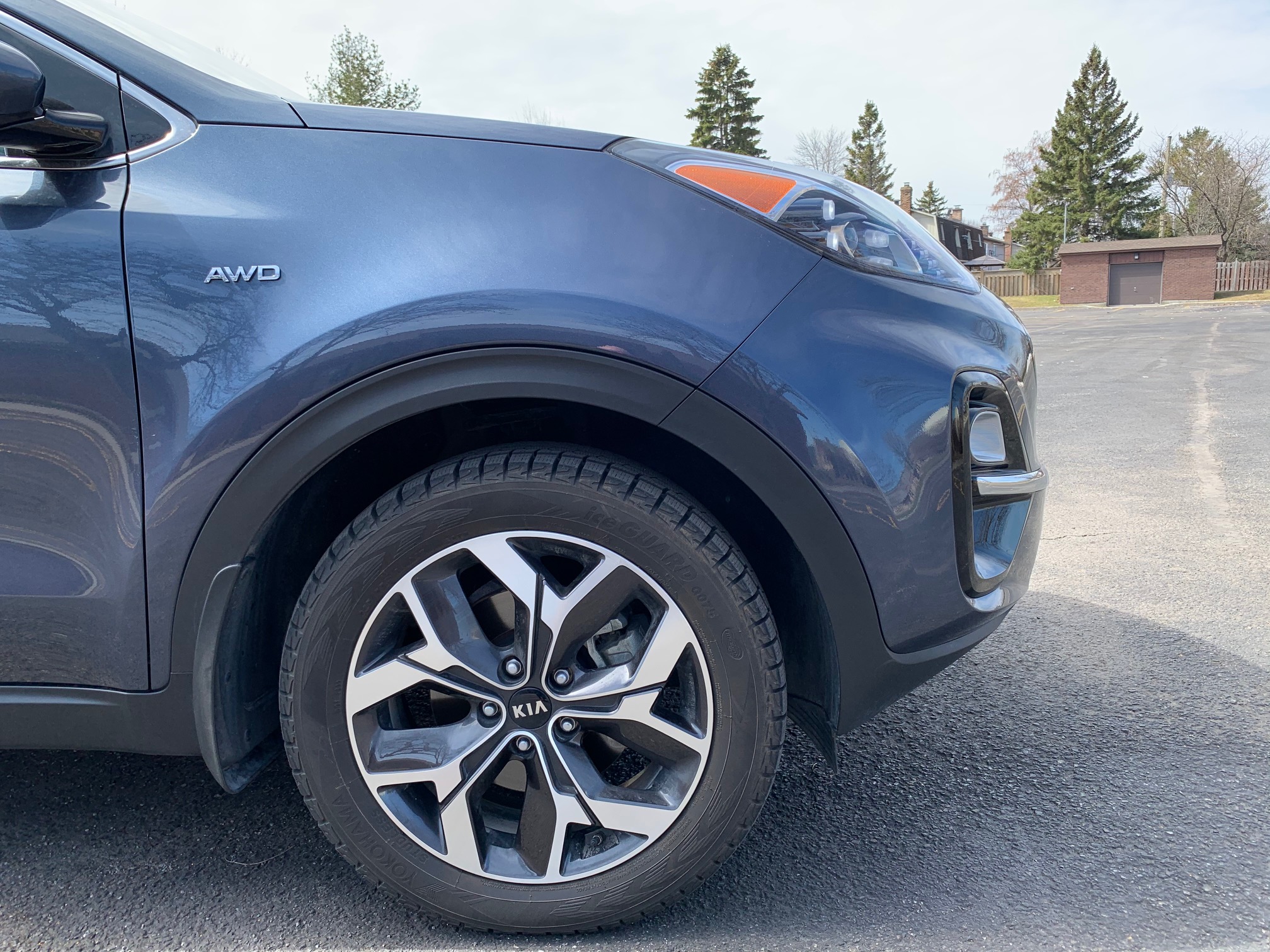 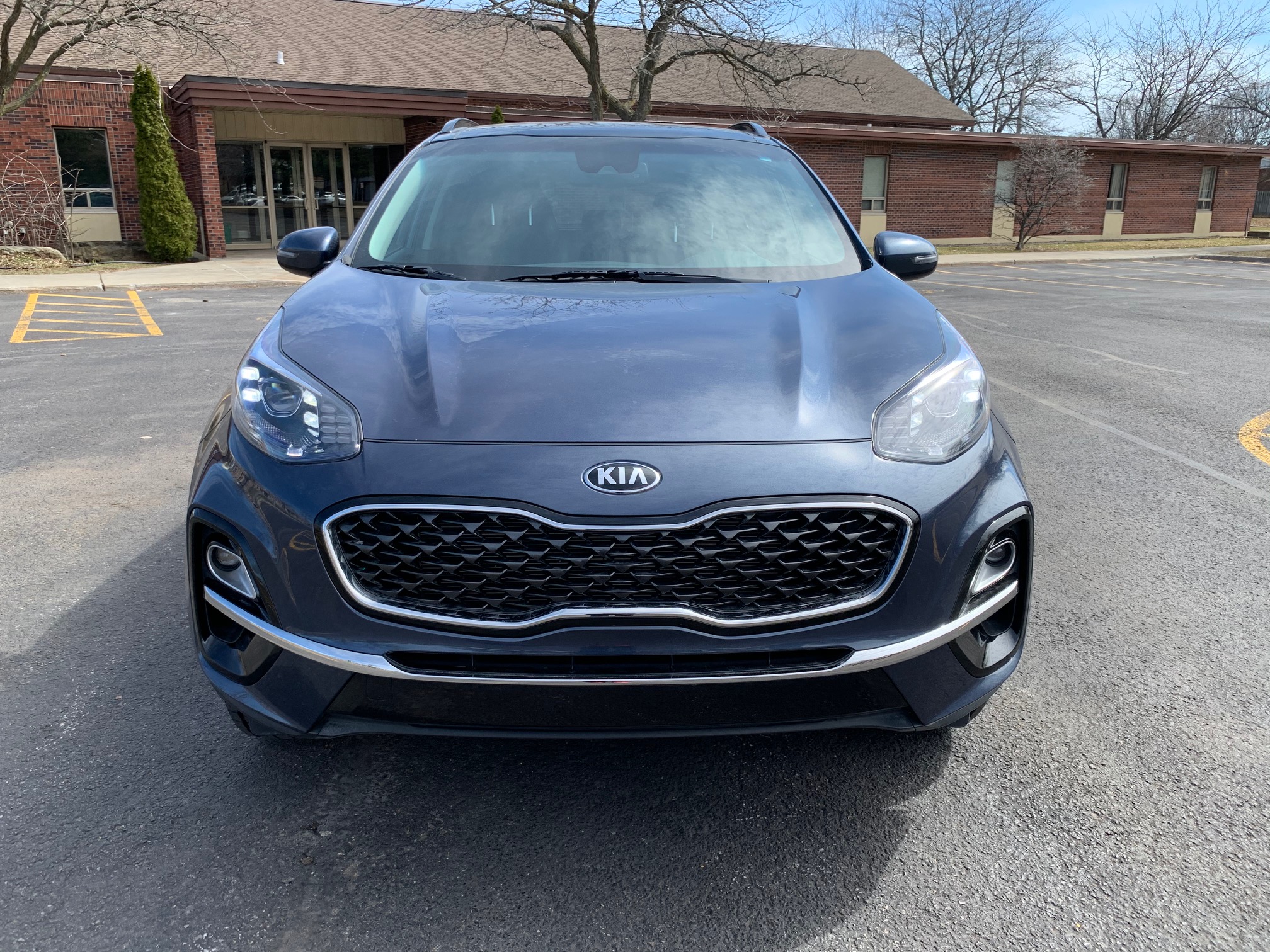 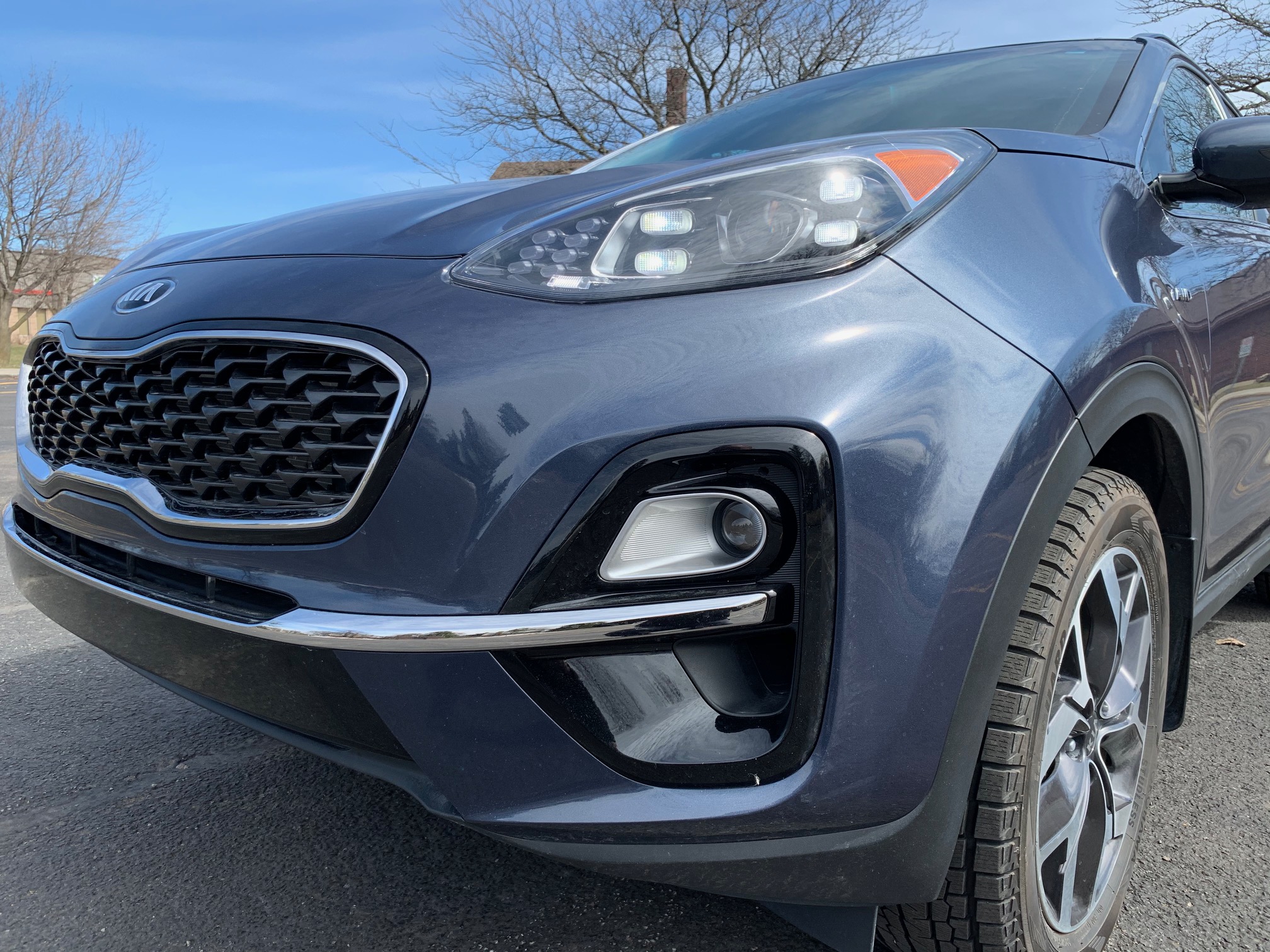 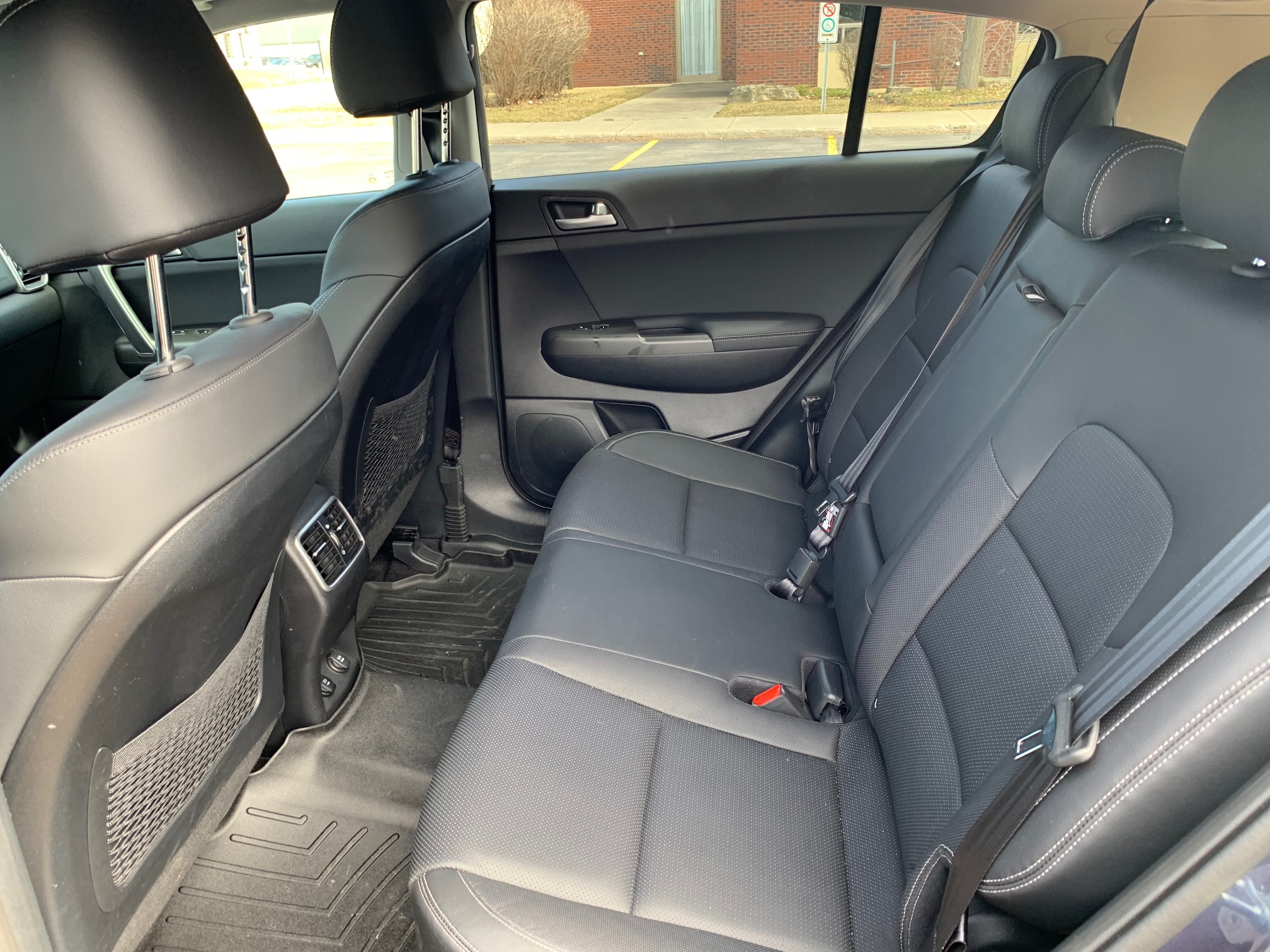 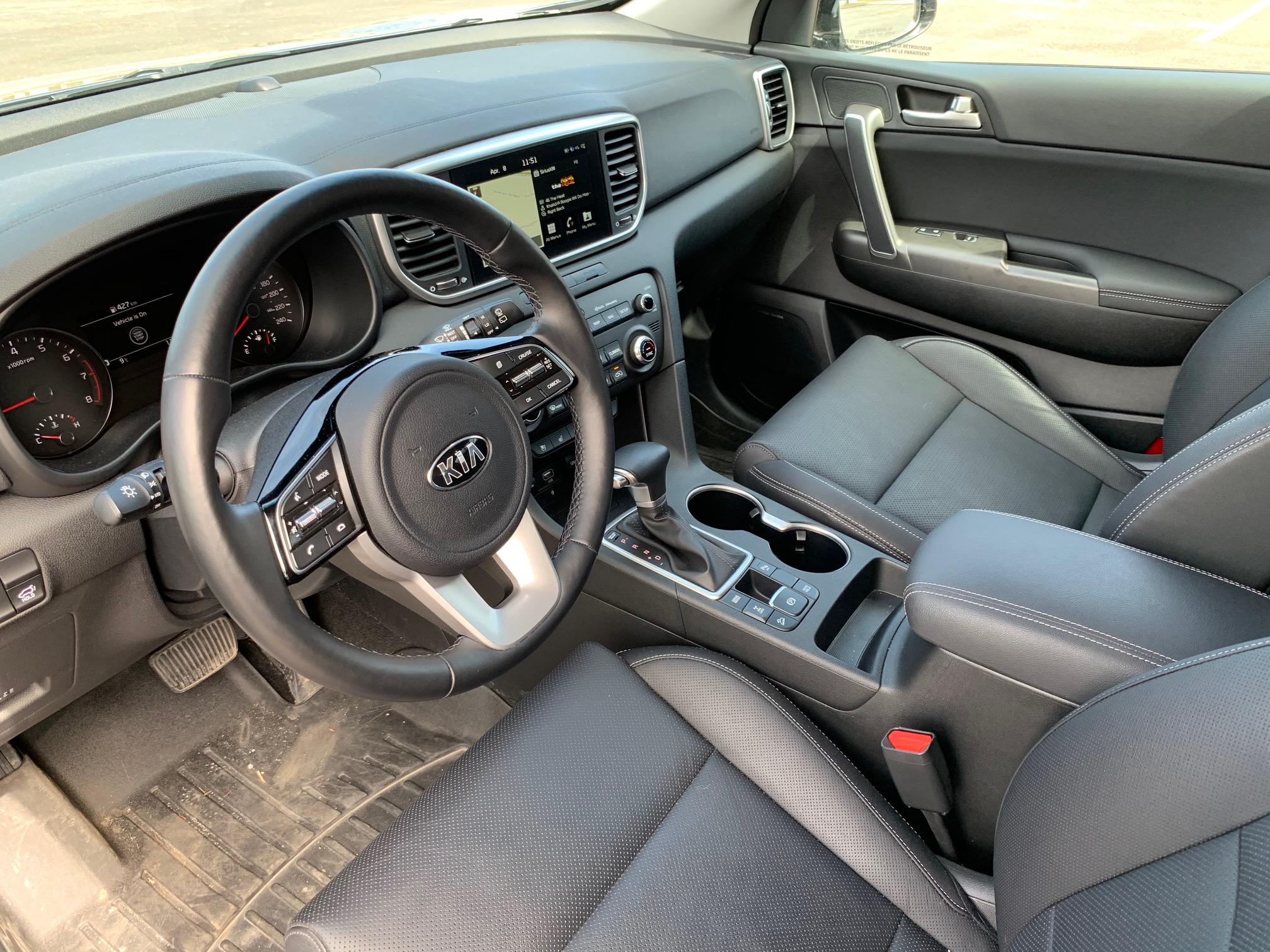 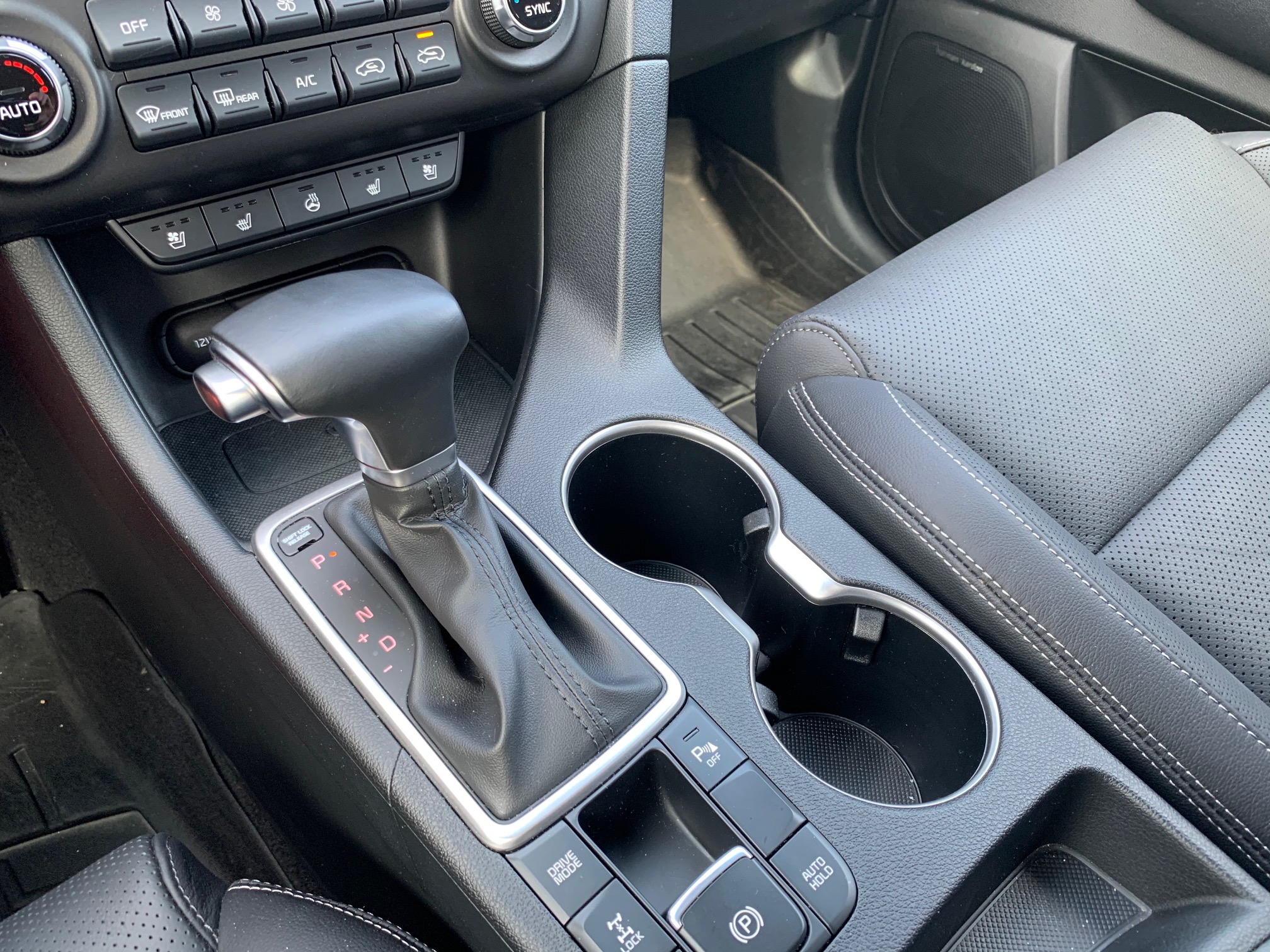 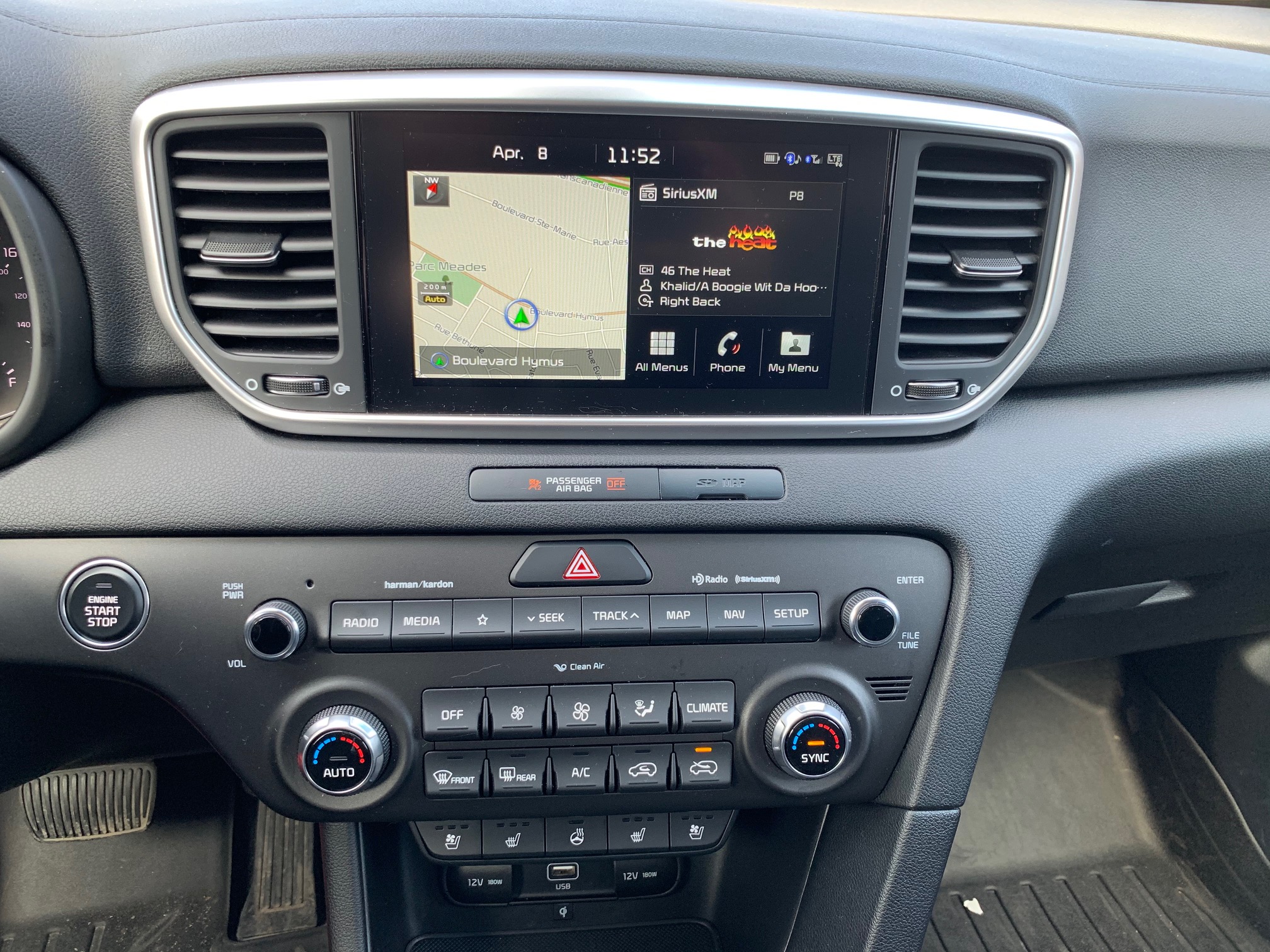 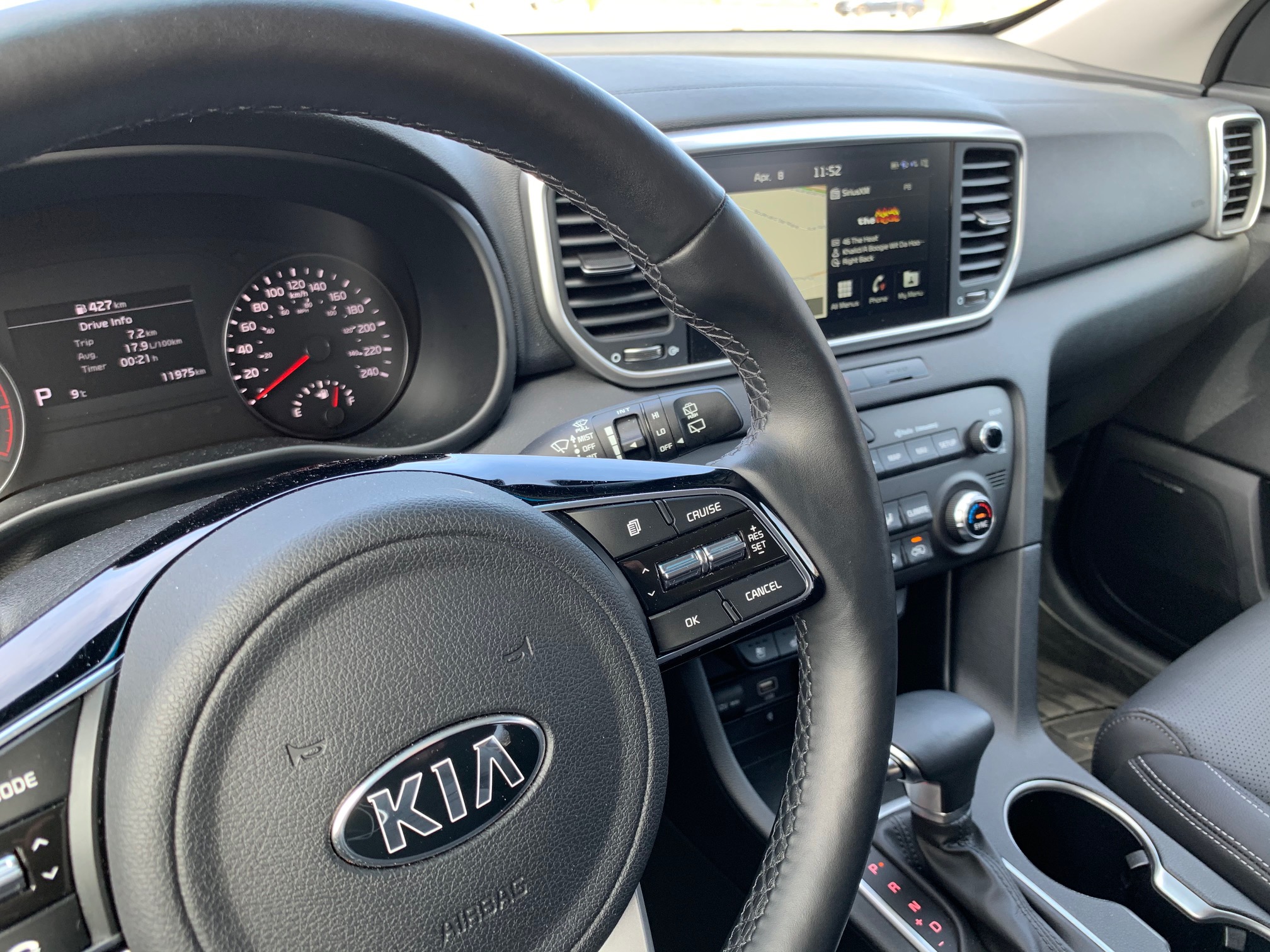